Switzerland was all about mountains in our imagination so we were surprised that there’s no towering peaks above its largest city, Zürich. Still Zürich was a mandatory stopover during our stay in Switzerland because of work. So we tried to like it. Not without success.

Actually, Zürich is easy to like. Its old town (Altstadt) is lovely with all the colorful houses and narrow streets on the bank of Limmat River. The city lies at the north end of Lake Zürich which is a big and pretty lake with the higher snowcapped peaks in the background. Yeah, there are views of the high Alps eventually – even if only distant views.

Zürich is a liveable city 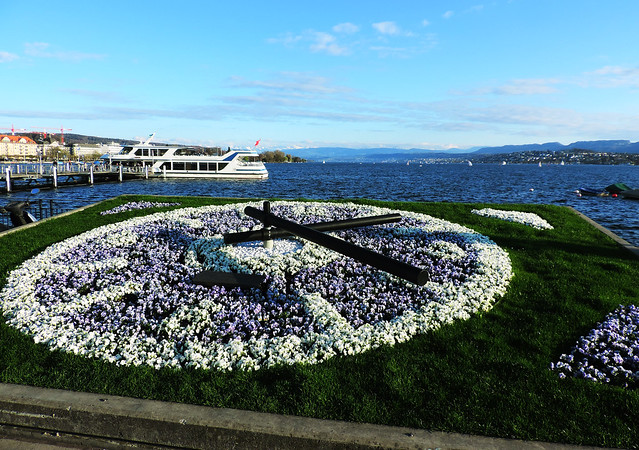 Unlike a lot of other cities which have charming old towns and some astonishing buildings but other parts of them are not very appealing, Zürich is a liveable and loveable city as a whole. We’ve seen nice and clean streets everywhere with lots of green. (I know, I know, it’s Switzerland and this stereotype about the clean streets is definitely true.)

Probably it’s not the most captivating city in Switzerland to visit as a tourist, but we felt that it could be one of the best cities to live in Europe. We for sure felt like home after about 3 days. 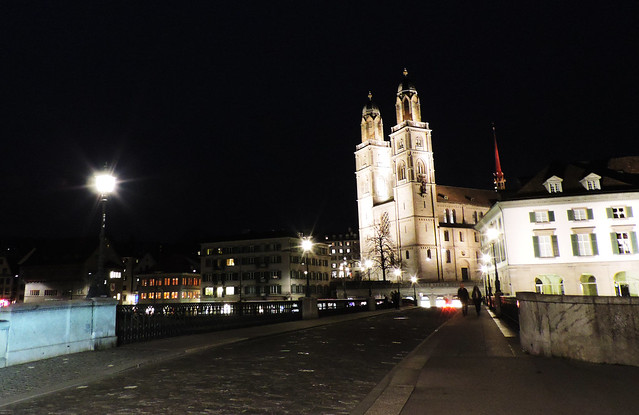 But don’t underestimate it even as a tourist. As we did first. Until we figured out how beautiful is the lakeshore promenade at Lake Zürich. And the parks full of flowers and old trees. And the colorful streets and small bridges of the old town. And the distant almost unreal view of the snowcapped Alps in clear weather. And the interior of Fraumünster Church.

Until we figured out how delicious is the chocolate at Sprüngli. We bought very few things in Switzerland as it’s quite an expensive country, but we bought some chocolate for sure! Swiss chocolate is really one of the best in the world. 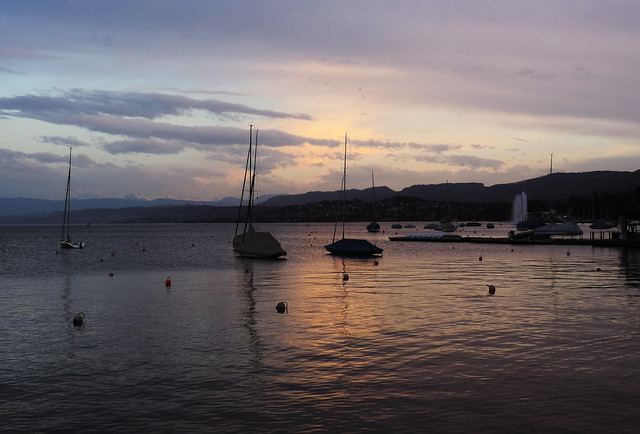 We walked on the shore of Lake Zürich almost every evening and watching the sunsets there is among our most magical moments in Switzerland.

Wait, there’s a mountain close by!

It’s called Ütliberg. With its 869 metres it’s not particularly high for Alpine standards, but it offers panoramic view of Zürich and the lake. Of course, we hiked up! 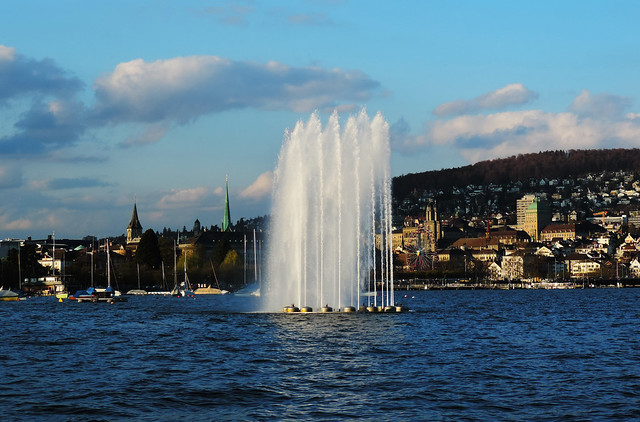 Though there’s direct train (S10) from Zürich’s main train station (Hauptbahnhof) to Ütliberg, the challenge is to hike up there. We took Tram 13 in the direction of Albisgütli and after getting off at the last stop we just had to follow the people with hiking poles. The trail begins at the end of the parking lot.

Wanderweg (Wandering Trail) leads you up to Ütliberg. It didn’t take us long and we wanted to enjoy the woods and green meadows full of wildflowers for the remaining part of the day, so we continued on Panoramaweg (Panorama Trail) to Felsenegg. 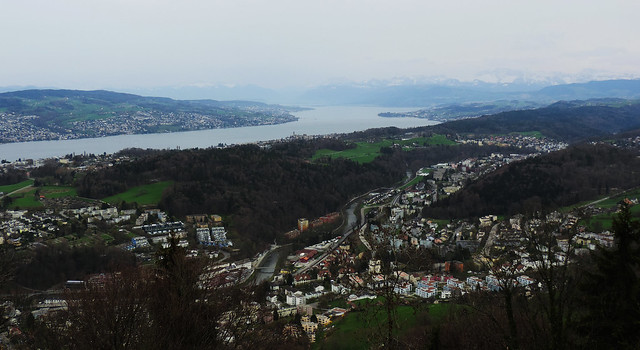 There’s a restaurant and a viewpoint at Felsenegg. Zürich is more distant from there, but the panorama of the lake and the mountains is very nice. And we continued even further, this time on the Planetenweg (Planet Trail) to Buchenegg. Buchenegg didn’t offer panorama, but we headed to Albispass and from there we followed the sign towards the Aussichtsturm (yes, it means viewpoint). There we got our favorite panorama for the day: 360 degrees view of the lake and the high mountains.

We turned back from the Aussichtsturm and followed the same way back to Zürich. The entire hike took about 8-9 hours and we could enjoy the sunset colors over Lake Zürich.

Eventually, we realized we are so sorry to leave Zürich. What about you? Do you think you would love it?