Our Favorite Wildlife Encounters In Australia

Our Favorite Wildlife Encounters In Australia While everyone was teasing us with all the creatures that will kill us in Australia, our wildlife experiences turned out to be among the best things on our Australian trip. No surprise. We love being out there in the wild, surrounded by nature, and embrace whatever it has for us. (Okay, long days of pouring rain not so much, but it was definitely not a problem in Australia.) 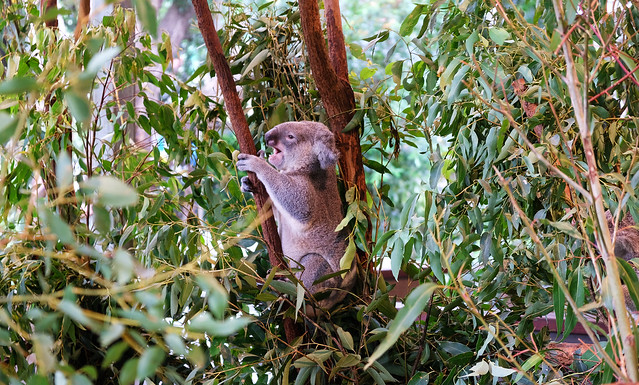 Australia is vast, wild, unpredictable. Amazing. We explored the most densely populated area, its Eastern coastline, still we felt so close and connected to nature all the time. Sleeping in a campervan always helps. 😀 We can’t recall any trips in any country or national park where we had so many memorable wildlife encounters as on our Australian road trip.

All the cuteness: koalas, kangaroos, possums 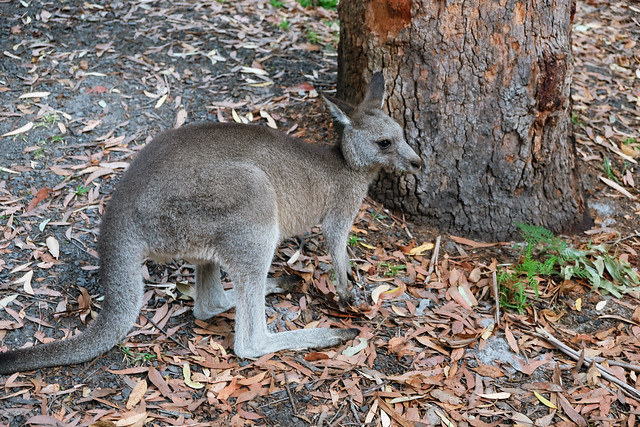 After picking up our car and leaving Melbourne, we were looking forward to the first kangaroos jumping in front of our car. That’s why those road signs with the kangaroo warnings are there, aren’t they? We didn’t have to wait long. The drive through Great Otway National Park rewarded us with spotting some small, black kangaroos near the road.

We spent the first night in a holiday park at Grey River Road. Do you know what this road is famous for? Koalas. It’s a dirt road that runs through a gum tree forest. We started the morning with a walk there, counting the fluffy balls high on the gum trees. Some of the koalas were closer so that we could actually see their face. Though they spend an average of 19-20 hours a day sleeping, we had the pleasure to see one of them eating on a small tree quite close to us. (Yes, they spend those few hours when they don’t sleep eating. What a life.) 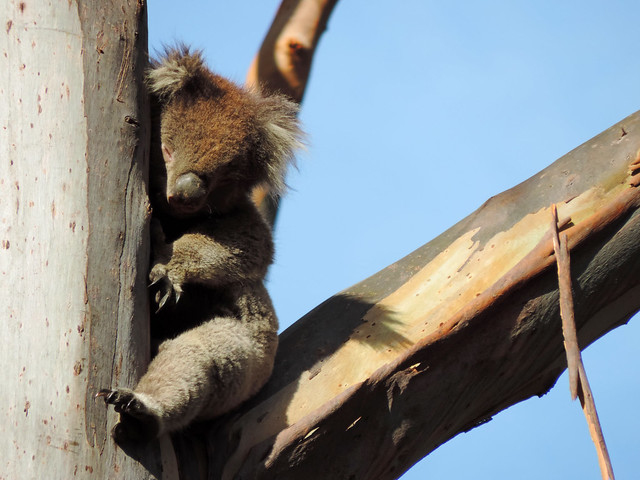 It’s one of the great mysteries in life, that in spite of the extremely boring lifestyle they have, we could never actually get bored watching koalas. I suspect the reason is that they are simply so cute whatever they do, that they don’t even need to do anything to be adorable. Their fluffy existence is just enough.

But it was not only koalas and kangaroos in all sizes and shades of brown, black and grey that we bumped into near campgrounds. Parrots, cockatoos and other interesting, colorful birds were regular visitors in the morning. 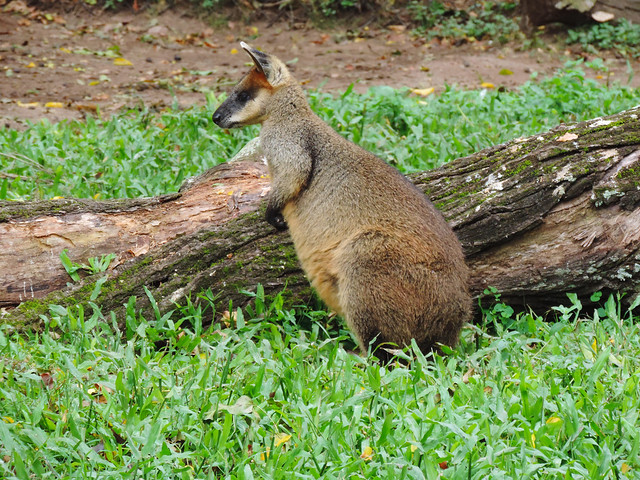 Kangaroos ate their breakfast the same time we did. A wallaby stopped by at our campervan and curiously monitored the process of our morning packing. It could have been quite funny, I guess, because after a few days we didn’t know where anything was. We searched for items we bought the day before, and ended up finding them at the bottom of our luggage (after a week, I might add, and we already bought another by that time).

Nights were just as exciting. We were being watched by large eyes while trying to find our way to the toilet with a headlamp. The big eyes, as we figured out, belonged to possums who were sitting on the lower branches of the trees, eating peacefully.

Walking in the rainforest 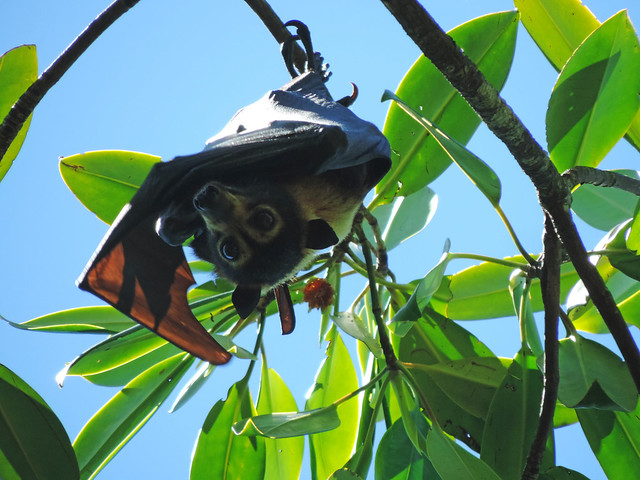 Rainforests walks in Queensland also have a very special place in our hearts. Lush green rainforests with pretty waterfalls are amazing by default. The competition for light is so fierce that even trees are trying to kill each other there. They won’t kill you at least. Though they could lightly poison you if you touch the wrong plants. So don’t touch anything. Least eat any part of any plant. 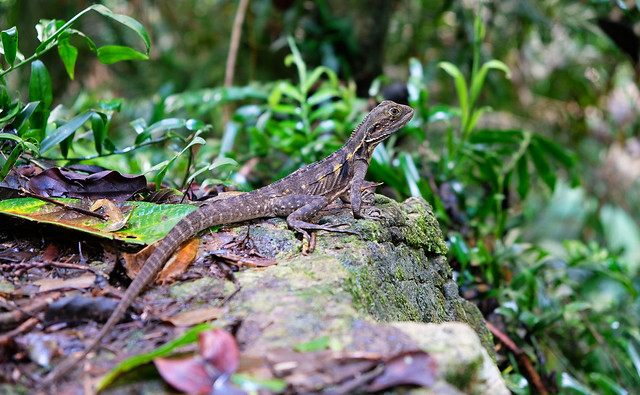 Apart from the exotic plants, the rainforest is also the place where we bumped into hundreds of flying foxes. The place where we finished our hike after dark while listening to all the sounds around us as the rainforest came alive. It was a bit scary, but a very unique experience trying to rely on our ears, because we couldn’t really rely on our eyes anymore. We heard millions of frogs croaking, flying foxes and night butterflies flying above our heads. We rarely walk 4 kilometres within 45 minutes – as we did that night. Uhm, yes, a dark rainforest makes you hurry up a bit. 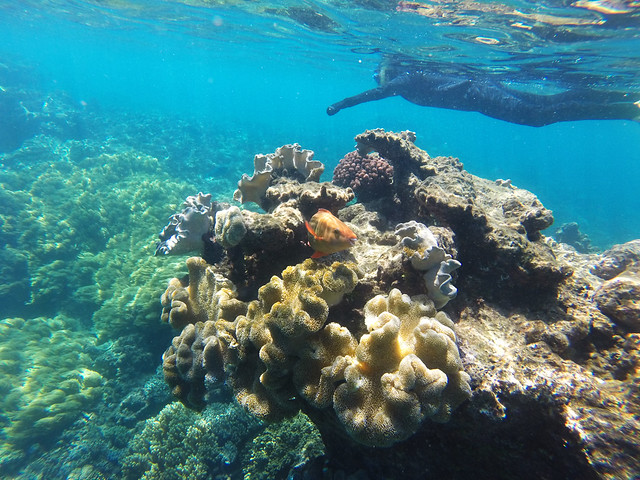 Then there’s ocean life. It doesn’t only mean sharks and dangerous jellyfish – luckily, we haven’t encountered either. But we’ve seen amazing colorful tropical fish, huge crabs and some shy rays. It’s the Great Barrier Reef where most of the magic under the water happened, but we found an underwater trail in Sydney’s Gordon’s Bay (we’ve never even heard of an underwater trail before, but it does exist!), and some nice snorkeling spots on Magnetic Island, as well. 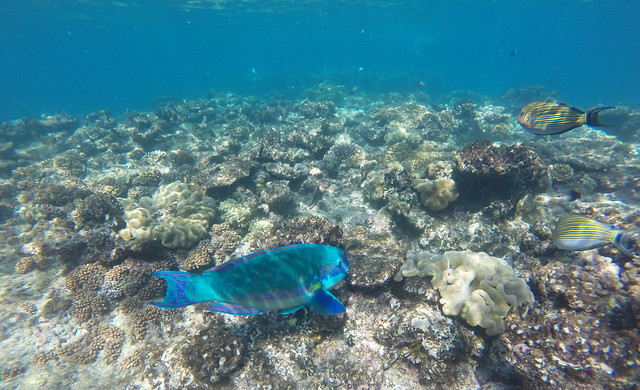 Diving at the Reef was very special, because we’ve done it for the first time ever. The calm, quiet, beautiful underwater world captured us in no time, and that half an hour flied by too fast. To our delight, we spent another 3 hours snorkeling around the pontoon 70 kilometres away from Cairns, located at a shallower part of the Reef.

The Great Barrier Reef is the world’s largest coral reef system, and the largest living thing on Earth, actually. It consists of about 3000 individual reefs and 900 pretty tropical islands stretching for over 2300 kilometres off the east coast of Queensland. If offers such an abundance of marine life that experiencing even a tiny bit of it is overwhelming. 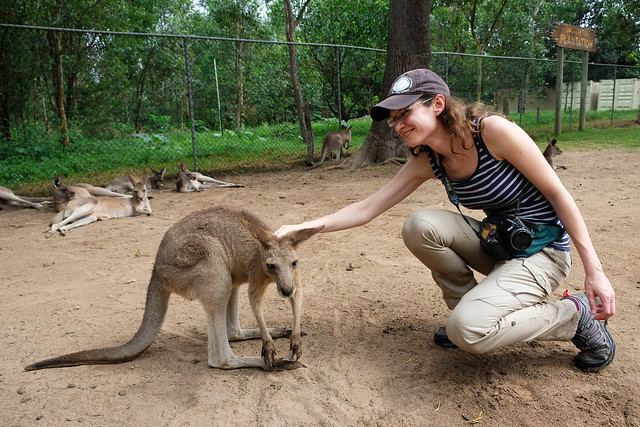 Now to make this post somewhat useful to you, too, we collected the places where we had the most spectacular wildlife experiences. Of course, it doesn’t mean that wildlife experiences are restricted to these areas at all! If you venture out of the cities and spend some time in nature, you will be rewarded – unexpectedly and hopefully in a fulfilling way. 🙂

So here they are, our favorite spots to observe wildlife:

What are the most special places you’ve observed wildlife? Safari, national park, wildlife preserve, coral reef? Share your favorites in the comments!