Which California National Parks Are The Best For You?

Which California National Parks Are The Best For You? California is one of the most diverse states in the USA, moreover, it has weather that makes being outdoors a joy year-round! It has nine amazing national parks. But which one would you like the best?

It depends on what you’re looking for and in which season you visit. We’ve lived in California for a full year and visited each of these national parks (with one exception that we’ll tell you later). In this post we show you the highlights of each, along with the best time to visit and the best ways to explore them. Come on, let’s find your perfect parks:

Yosemite National Park, the most visited 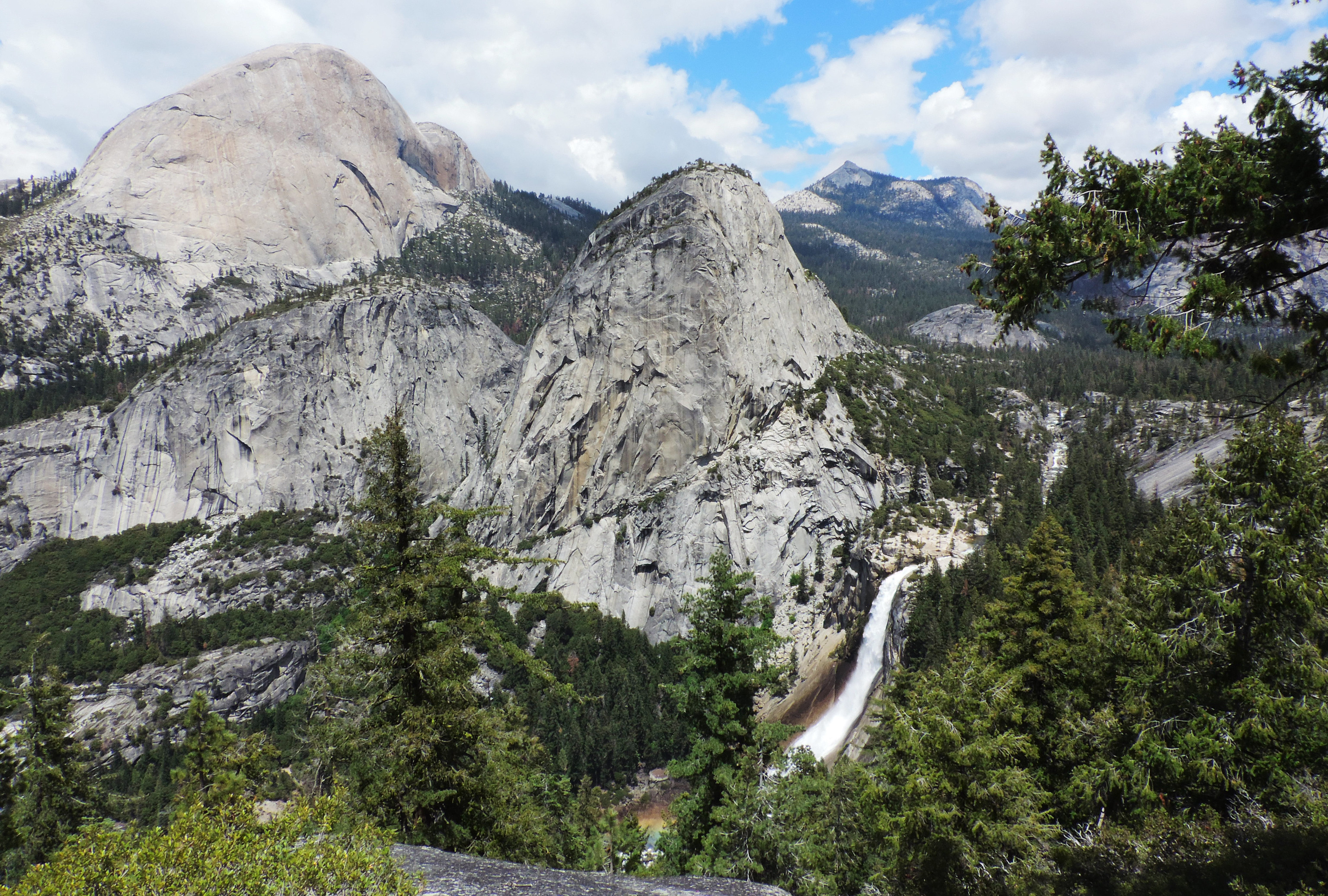 Located in California’s Sierra Nevada, Yosemite is one of our favorite national parks in the world. We’re certainly not the only ones, this park tempts millions of visitors each year, especially easily accessible and incredibly picturesque Yosemite Valley.

Its landscape formed by glaciation. Yosemite Valley itself is a deep glacial valley that’s home to giant, amazing waterfalls. Yosemite backcountry is an unspoilt wonderland with rocky landscapes and alpine lakes.

Yosemite Valley is best to be explored on foot, and using the free park shuttles. You can also drive around in Yosemite Valley, but once you find an available parking spot, you wouldn’t want to move your car for the day.

Yosemite backcountry is much less busy than the valley and is suitable both for one day and multi-day hikes. Lots of day hikes start along the Tioga Pass Road which is a nice scenic drive through the remote areas of the park. 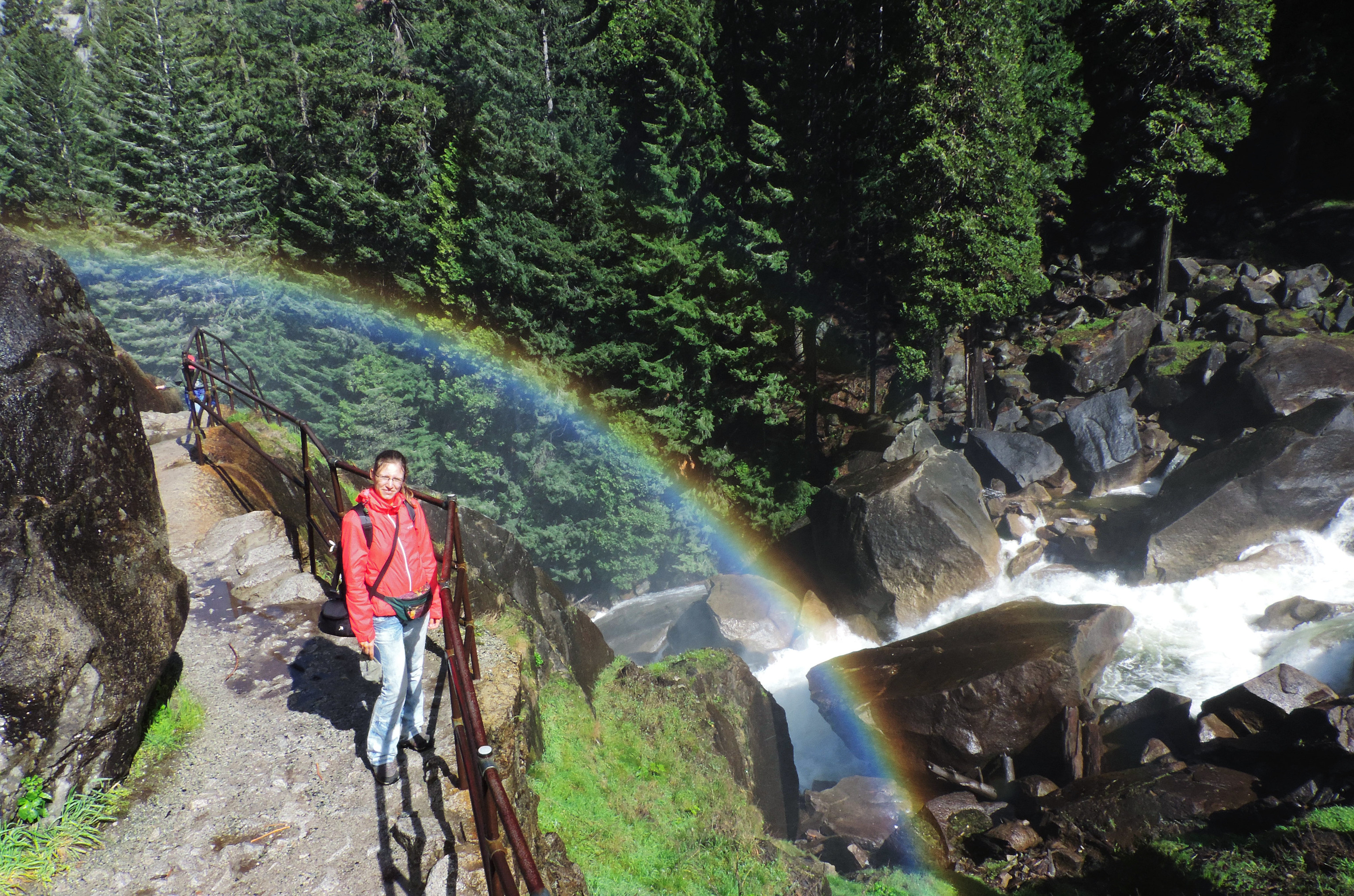 May and early June is the best time to see the waterfalls, and hiking season in general is from May until October. Many park roads and trails are closed or inaccessible from mid-November until late spring. Yosemite Valley is open year-round.

Read our detailed guide to Yosemite! 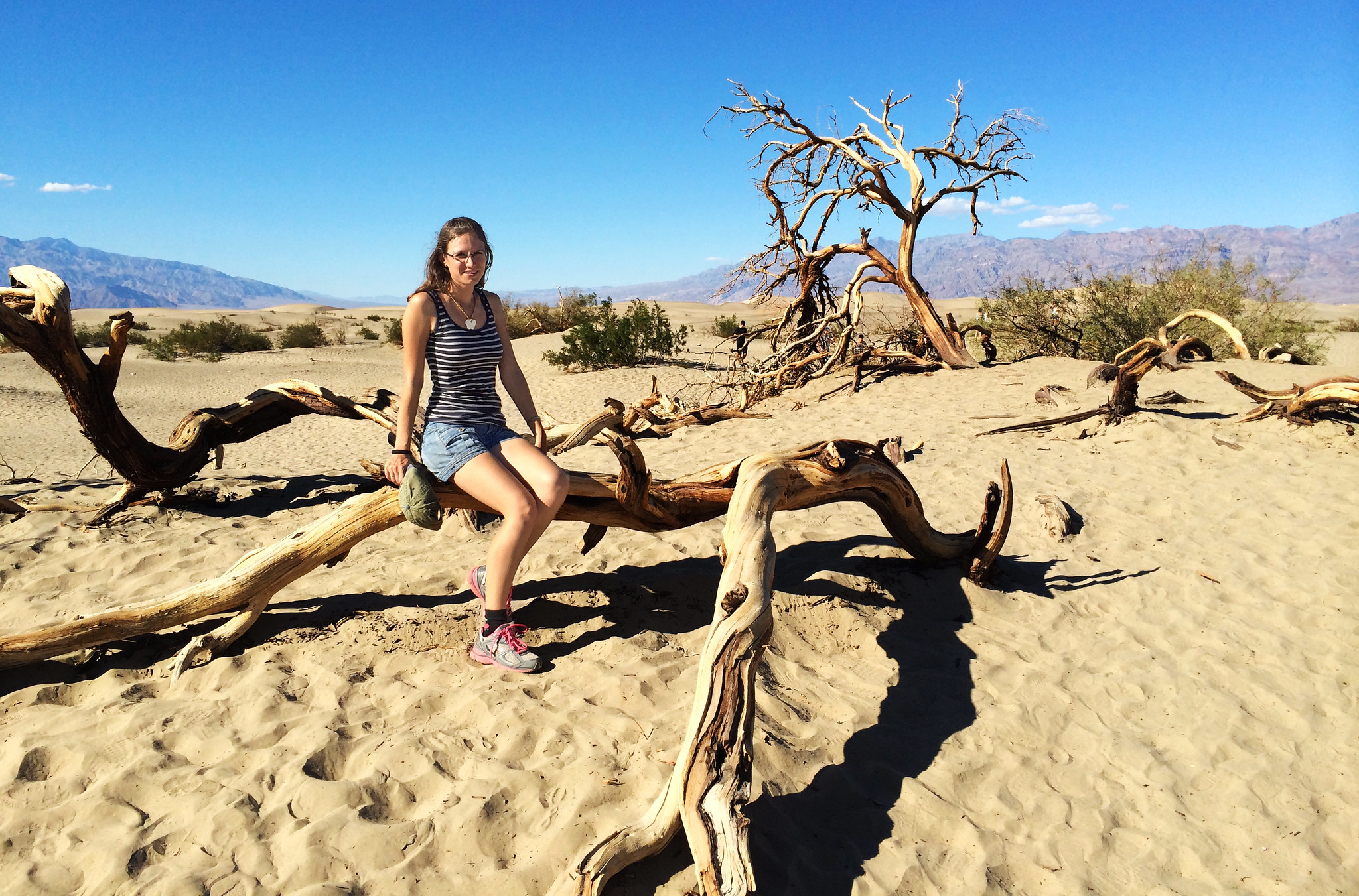 279 feet below sea level, Death Valley National Park is the hottest and driest place in America, with temperatures that can reach above 120 degrees in the summer. Actually, it holds the record for the highest reliably reported air temperature in the world (134 °F/56.7 °C).

It’s the most incredible desert we’ve ever seen, mainly because it’s so diverse!

The variety and the vivid colors(!) of desert landscapes. The extreme hot temperatures. Desert blooms (or super blooms in lucky years) from mid-February to mid-spring.

Death Valley National Park is not for hiking, it’s for driving through it! Not that you can’t find some nice trails, it’s just too hot for hiking most part of the year. It’s ideal for a scenic drive though. 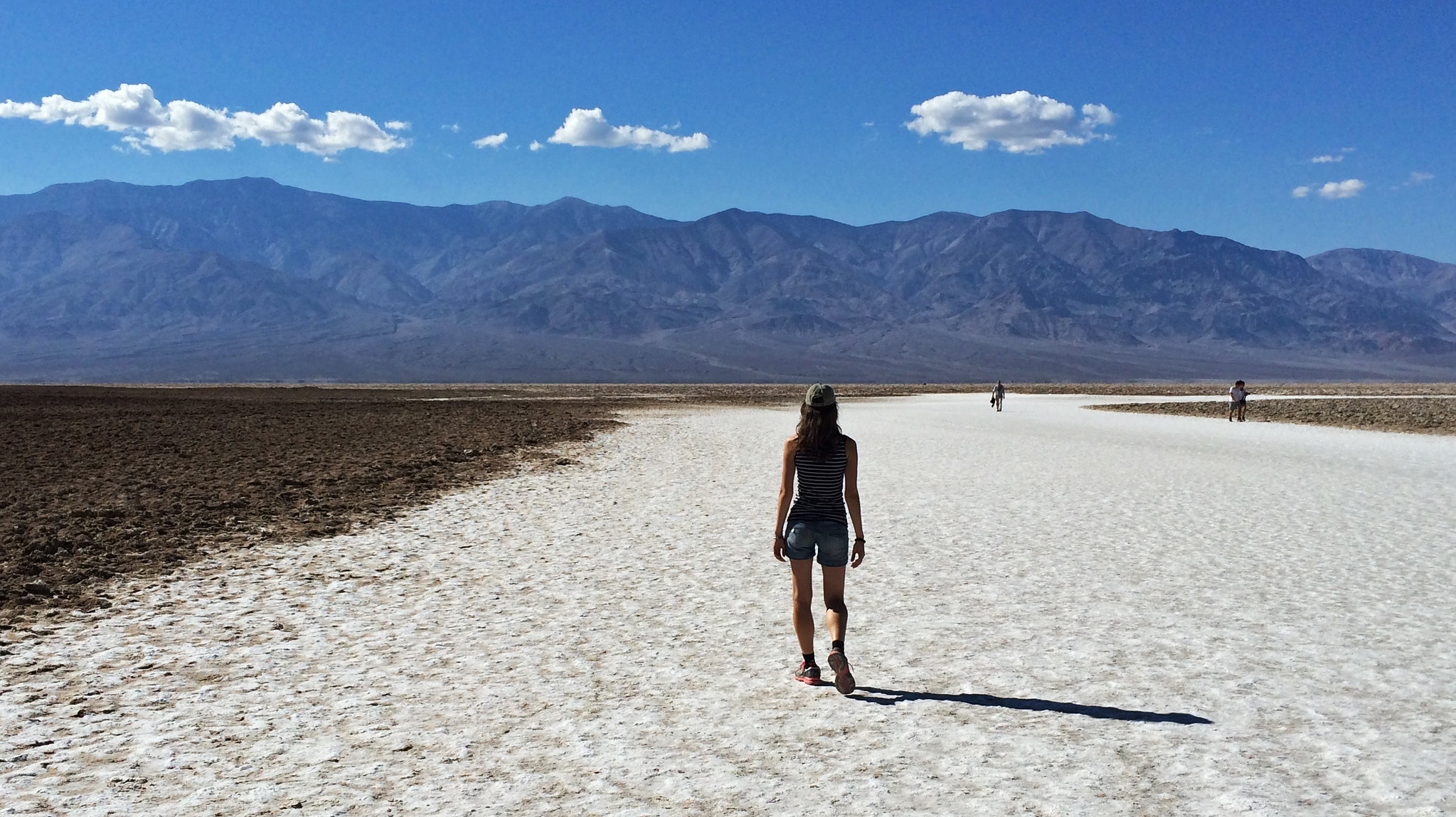 Anything is better than summer. Winter can bring storms, but otherwise Death Valley is as pleasant as it could be in the winter months. We visited once in October and once in May, and it was hot enough. 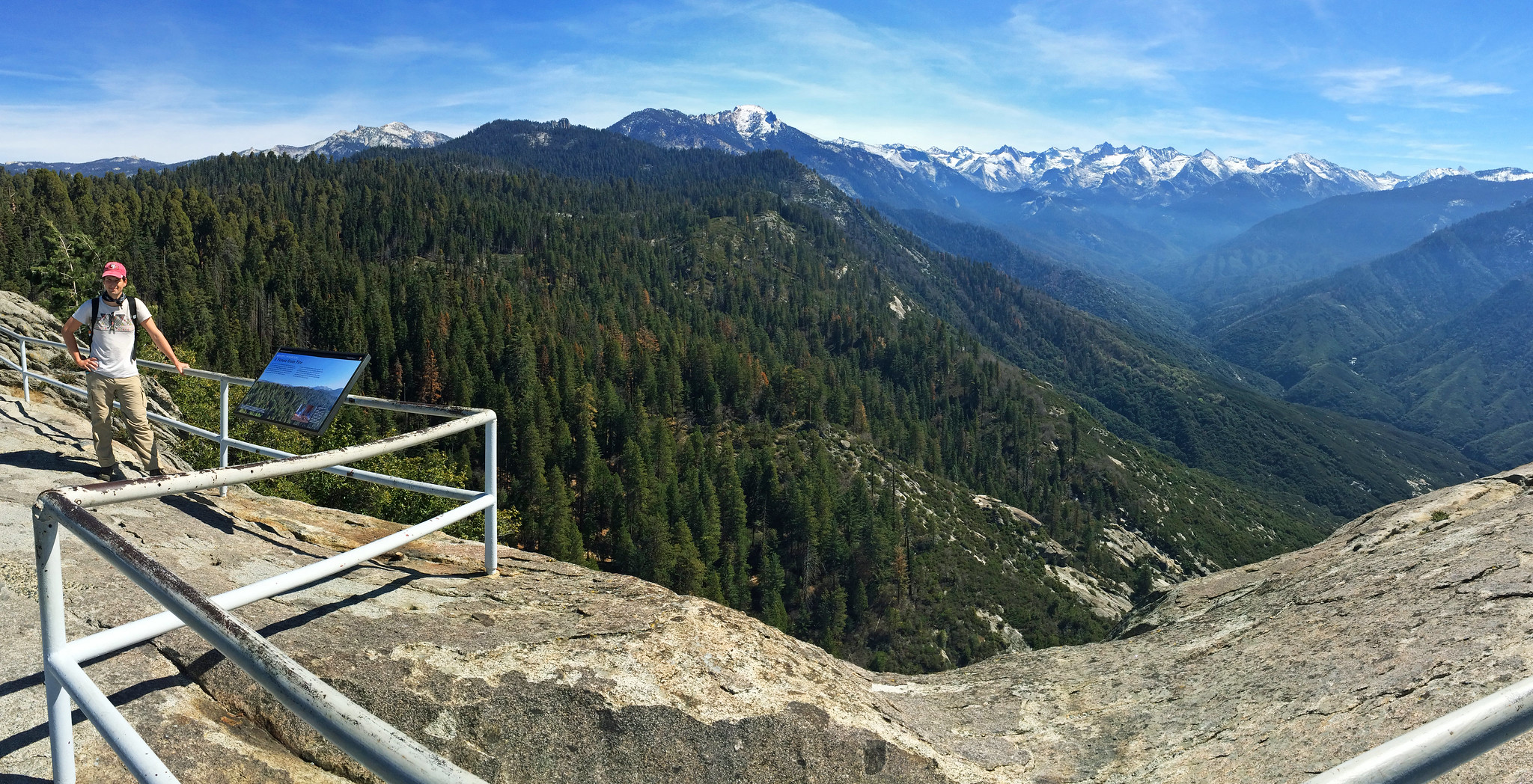 Sequoia and Kings Canyon are distinct parks, but they are co-managed, share a border and an entrance fee. They offer insight into the unique and wild beauties of the Sierra Nevada, with both easily accessible attractions and large remote areas that can be explored on multi-day hikes.

Only a small fraction of these remote and rugged parks are accessible by road. You have to set foot on the hiking trails to really see the best of them. Some are easy strolls, some are moderate day hikes, and there are challenging multi-day routes. 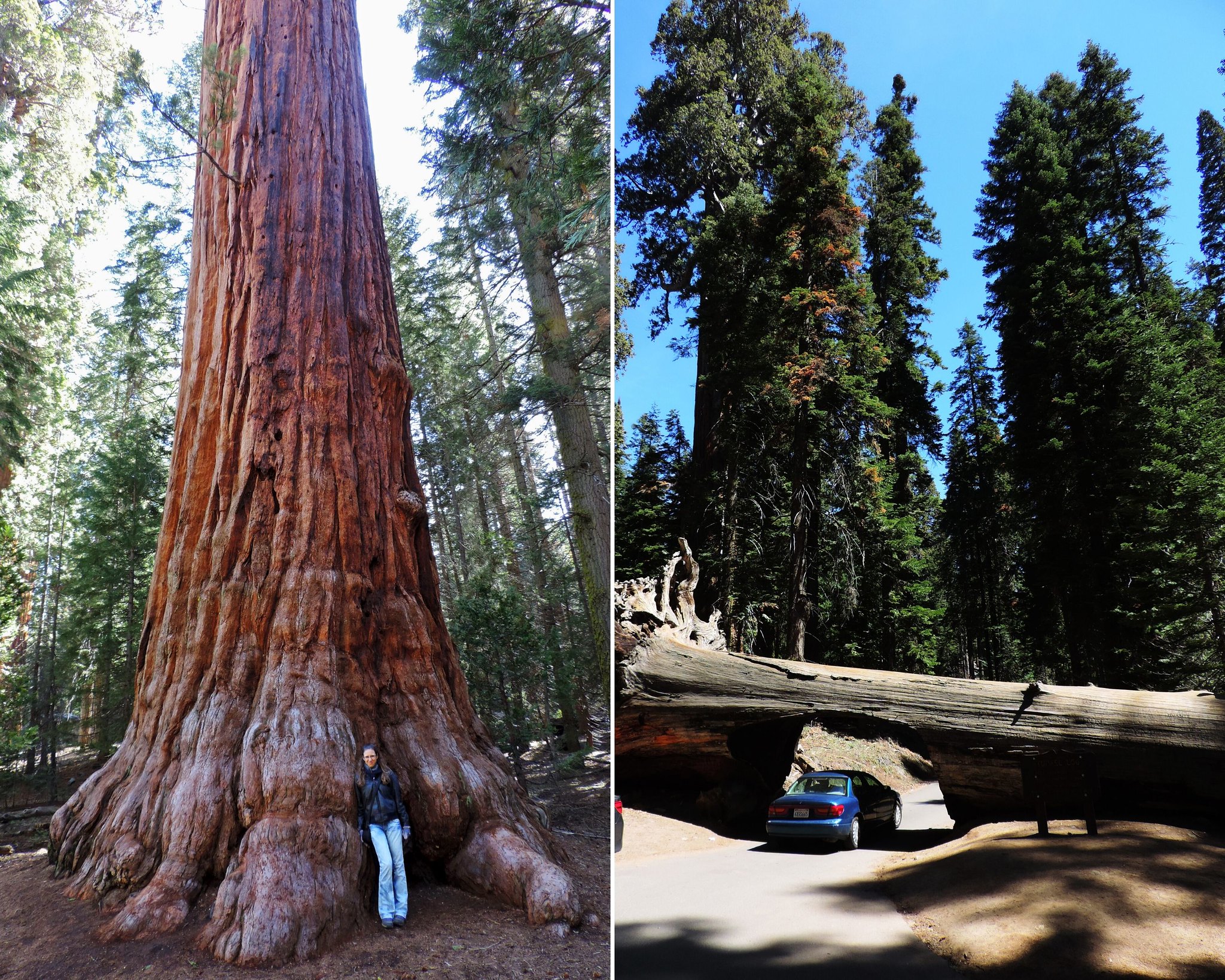 Summer is the best time for hiking in both parks. Spring can be great for a waterfall hunt in the Foothills. With few exceptions, park roads are closed during winter months. 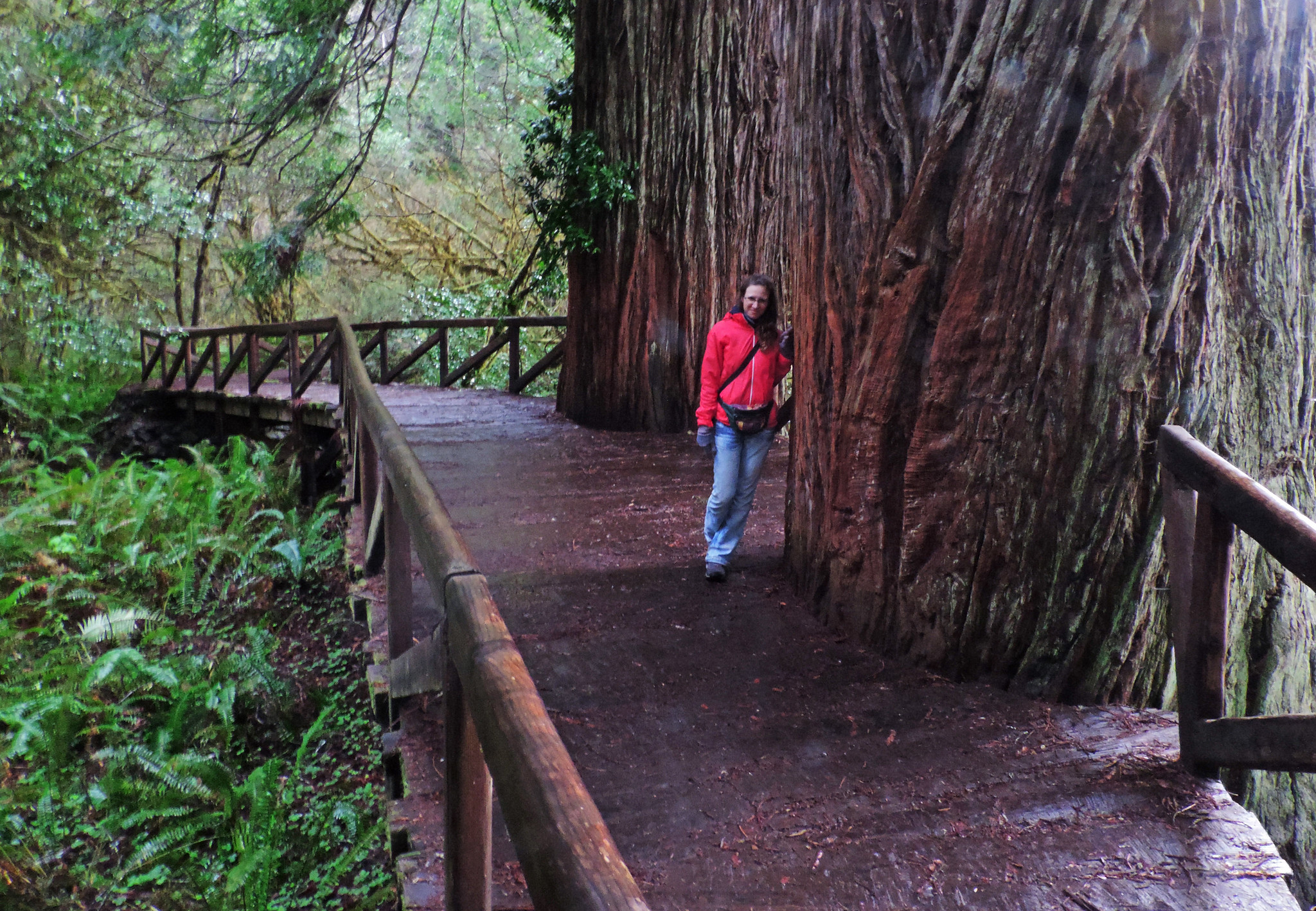 Nearly half of the remaining redwoods are found in the adjoining Jedediah Smith, Del Norte Coast and Prairie Creek Redwoods State Parks. Walking under these majestic redwoods feels like walking in a cathedral, and they also made us feel like travelling back to prehistoric times.

California’s Northern Redwoods are the tallest trees on Earth. 379 feet Hyperion is the tallest known coastal redwood. The parks are also home of fern-covered canyons, lovely waterfalls and tranquil beaches.

Quiet trails give access to most of the beautiful sights and beaches of these parks. You can choose from a variety of shorter and longer ones, and none of them are really strenuous. 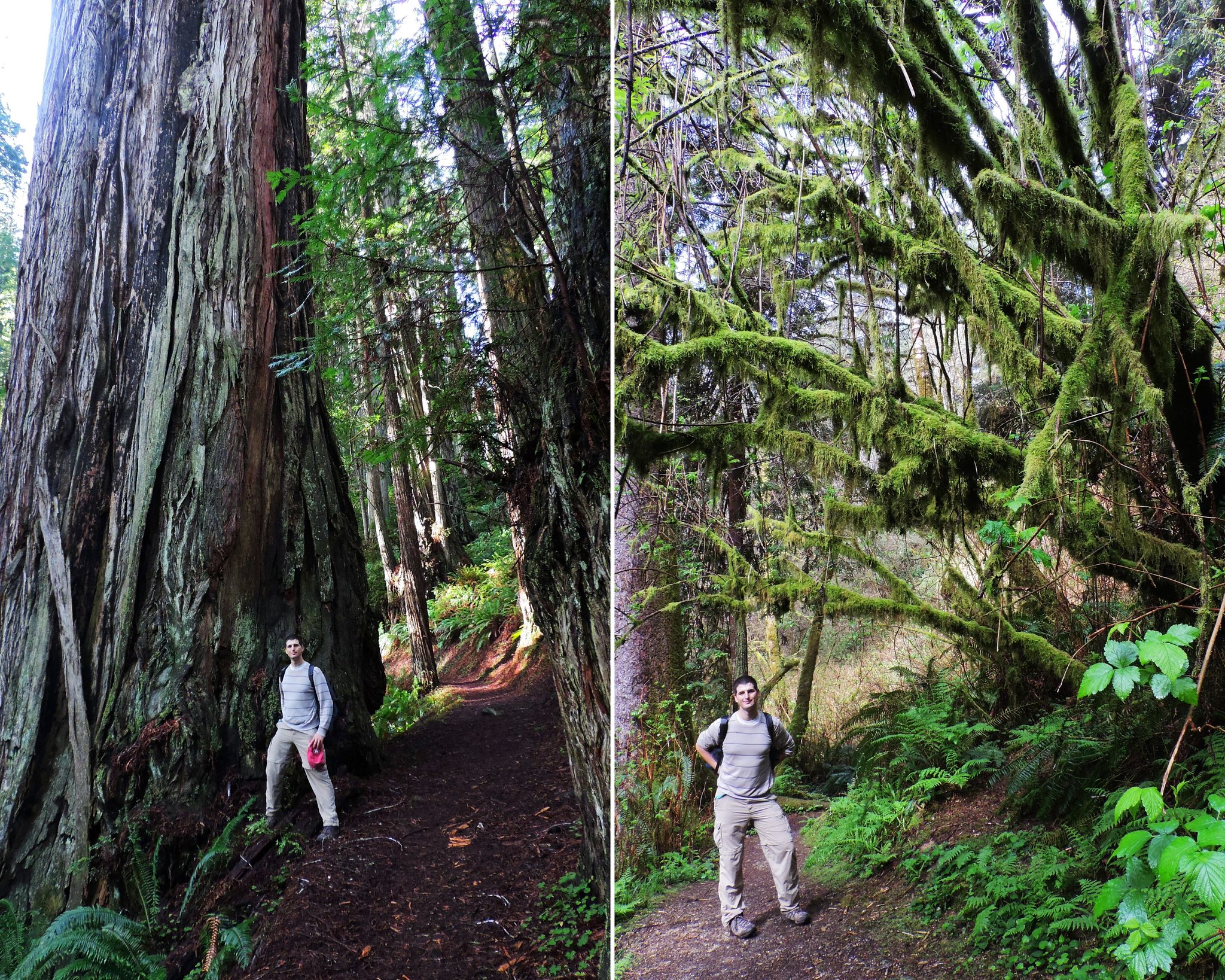 These parks can be visited year-round, but winters are rainy and chilly (it’s Northern California, after all), and storms can damage trails and roads. On the other hand, it’s quite pleasant from late spring to mid-fall, neither the coast or the redwood forests get too hot.

Not nearly as well-known as Yellowstone, Lassen Volcanic is a spectacular park to learn about volcanism. Mount Lassen is a sleeping volcano, and its last powerful eruption was in 1915. Hydrothermal areas with hot springs, boiling mud pots and steaming fumaroles are all exciting signs of active volcanism.

Active volcanism and the variety of volcanoes. Lassen Volcanic National Park is the only place on Earth that features all four types of volcanoes: a shield volcano (Prospect Peak), a plug dome (Lassen Peak), a Cinder Cone (the same name, Cinder Cone) and a composite volcano (Brokeoff Volcano).

Driving through the park is a wonderful experience itself, and lots of picturesque attractions are accessible by a short walk from the road. But it won’t disappoint hikers either. You can hike down to a crater of a volcano, explore hydrothermal areas or find beautiful lakes and mountain panoramas. 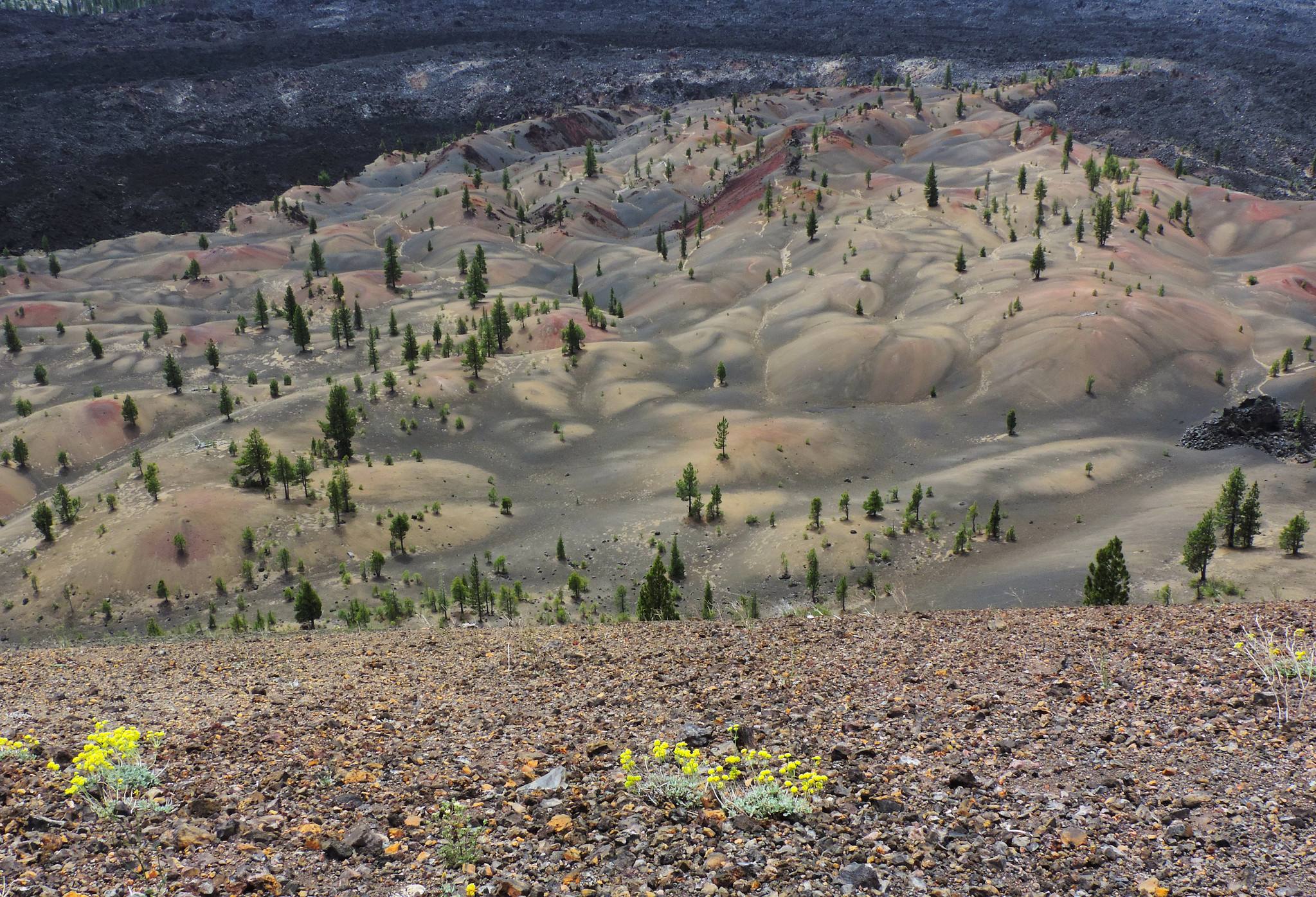 From July to September. Roads in the park can be covered with snow from October-December to May-July depending on the weather. Once the roads are open, it’s good to go, but it’s hard to predict the exact date of road openings, as sudden snowstorms in late spring can affect it. 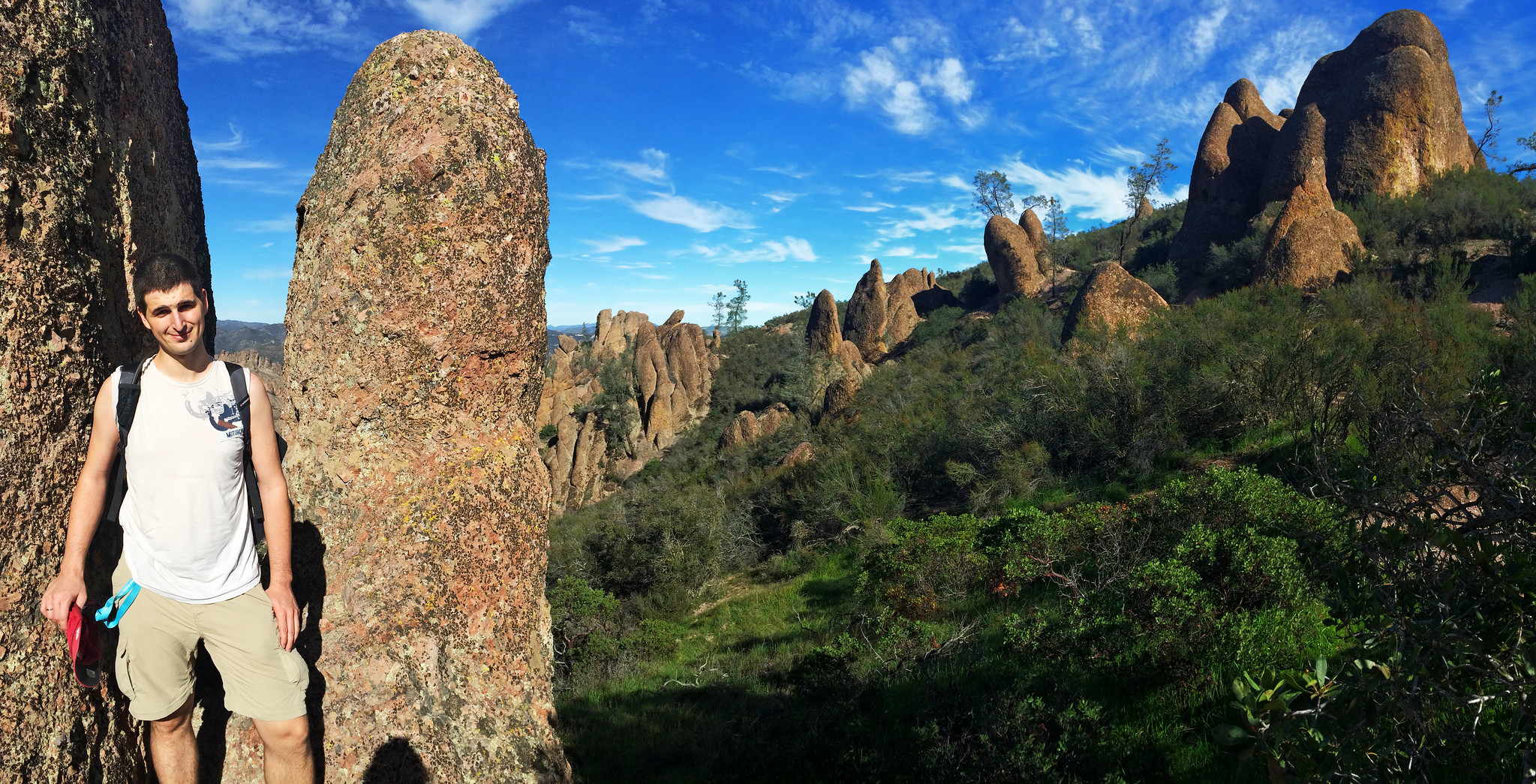 A national park since 2013, Pinnacles is the youngest in California – and also one of the most underrated and least known parks in the state. East of the Salinas Valley in Central California, it’s easily reachable from San Francisco. Filled with volcanic rocks, craggy spires, wildflowers and cool caves, it’s a delightful park.

Well, the pinnacles for one. These towering spires are quite picturesque, and some offer rock climbing opportunities, as well. Then we could climb through the talus caves of the park (with a flashlight!) that are home to several species of bats.

This is a park for hikers and rock climbers. Roads run from the east and the west, but don’t connect in the middle, which helps keep the heart of Pinnacles wild. Because of this, check the trailhead you’re looking for to decide which entrance to use to access the park. 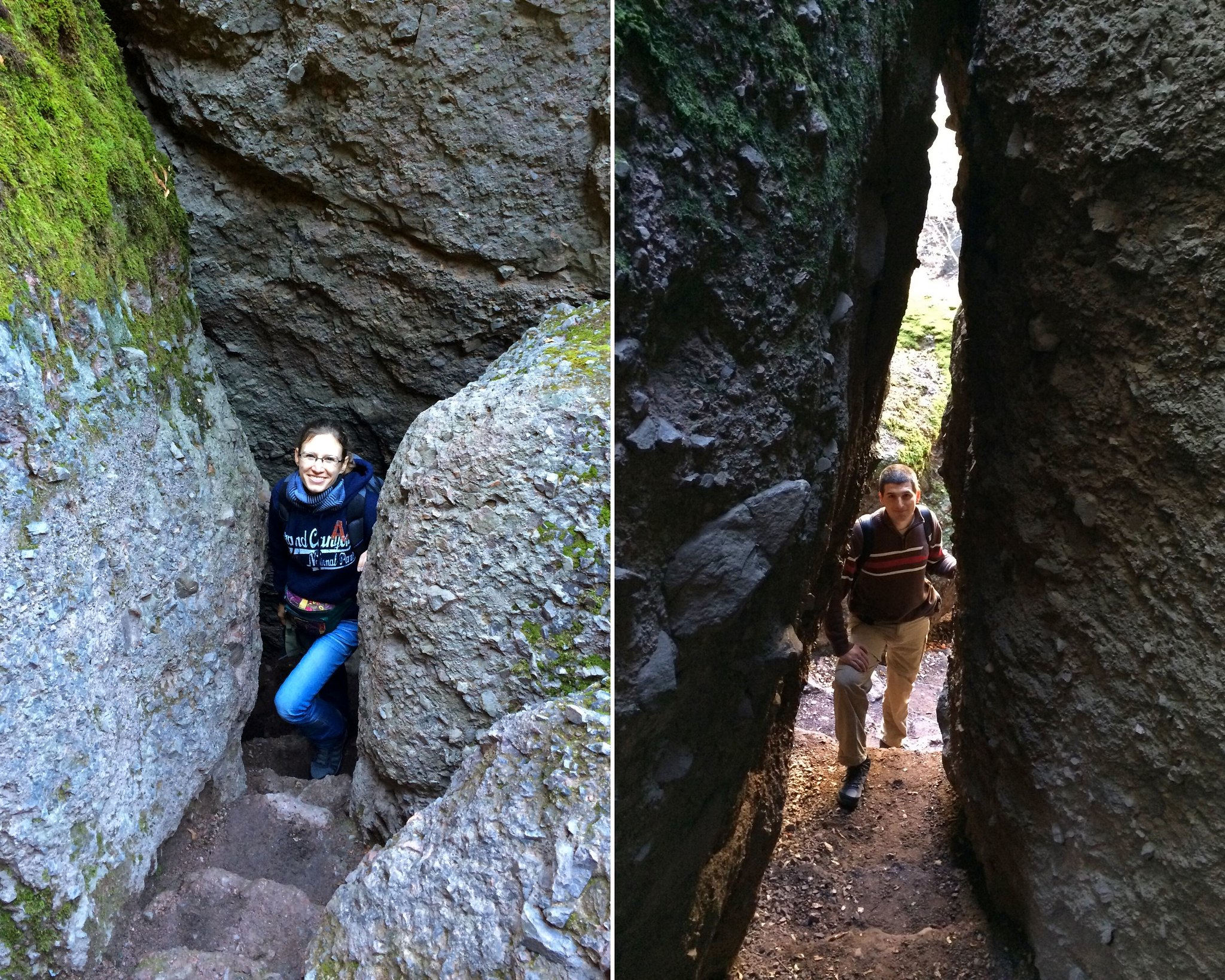 Any time, except summer. Summers are hot in Central California’s continental region, and though you can hike in Pinnacles in the summer, you won’t enjoy it. Fall and winter are far more pleasant seasons for hiking, and early spring is the time to hunt for pretty wildflowers.

Read our hiking guide to Pinnacles! 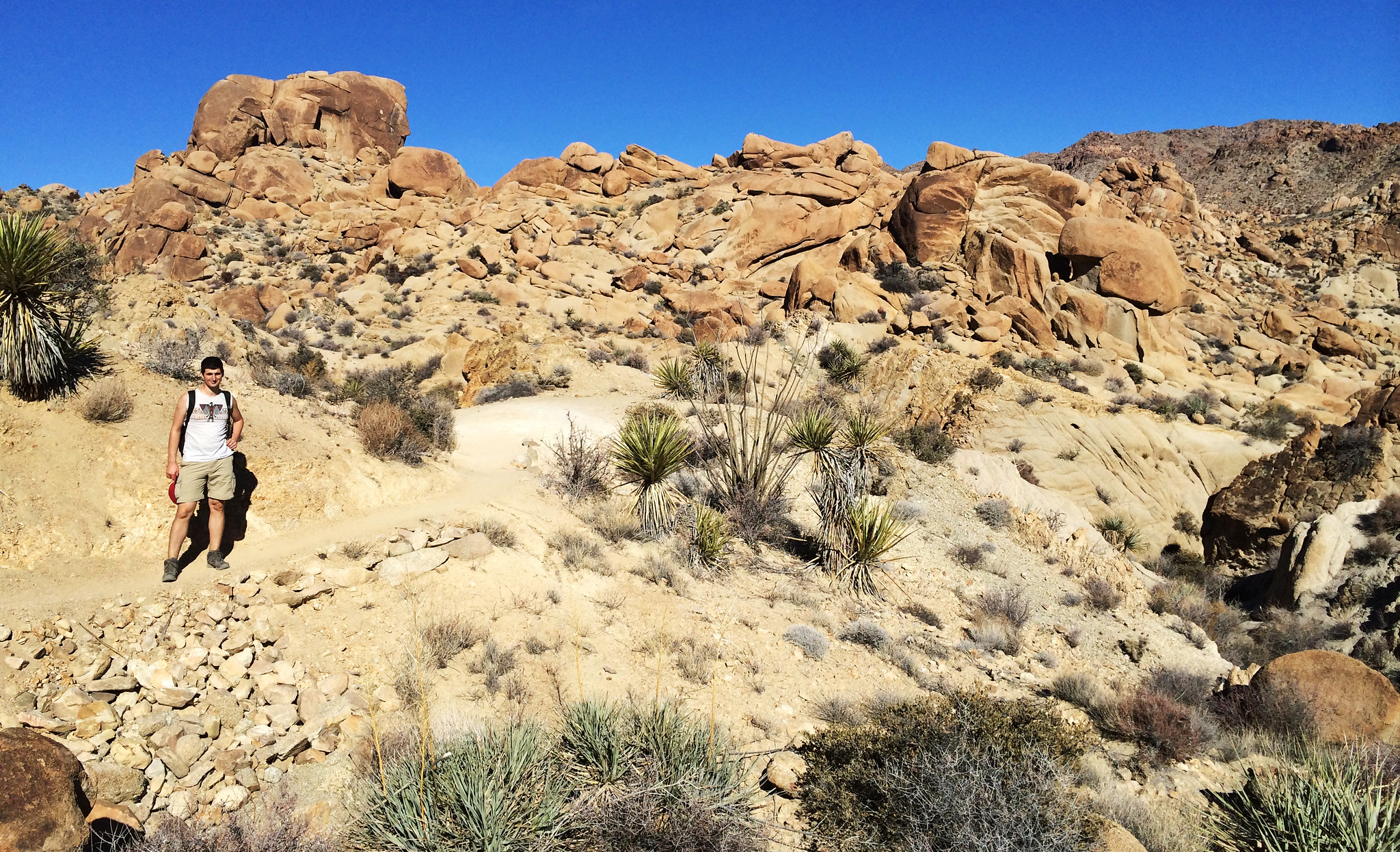 We have to admit we didn’t give this park the attention it would have deserved. Our visit was too brief, and we couldn’t really fall for Joshua Tree. We think the most spectacular desert landscapes in California are in Death Valley National Park, still Joshua Tree offers some unique beauties.

Its desert landscapes with climbable boulders, rare Yucca brevifolia and Joshua Trees. Its skies. Located in the high desert and far from major cities, this park is one of the best places for stargazing in the USA. It’s also home to some spring-fed oases marked by palm trees.

You can drive down Pinto Basin and Park Boulevard, the park’s main roads and stop at photogenic rock formations, including Arch Rock and Skull Rock. Hikers can choose from a variety of trails, featuring exciting rock formations and palm canyons. 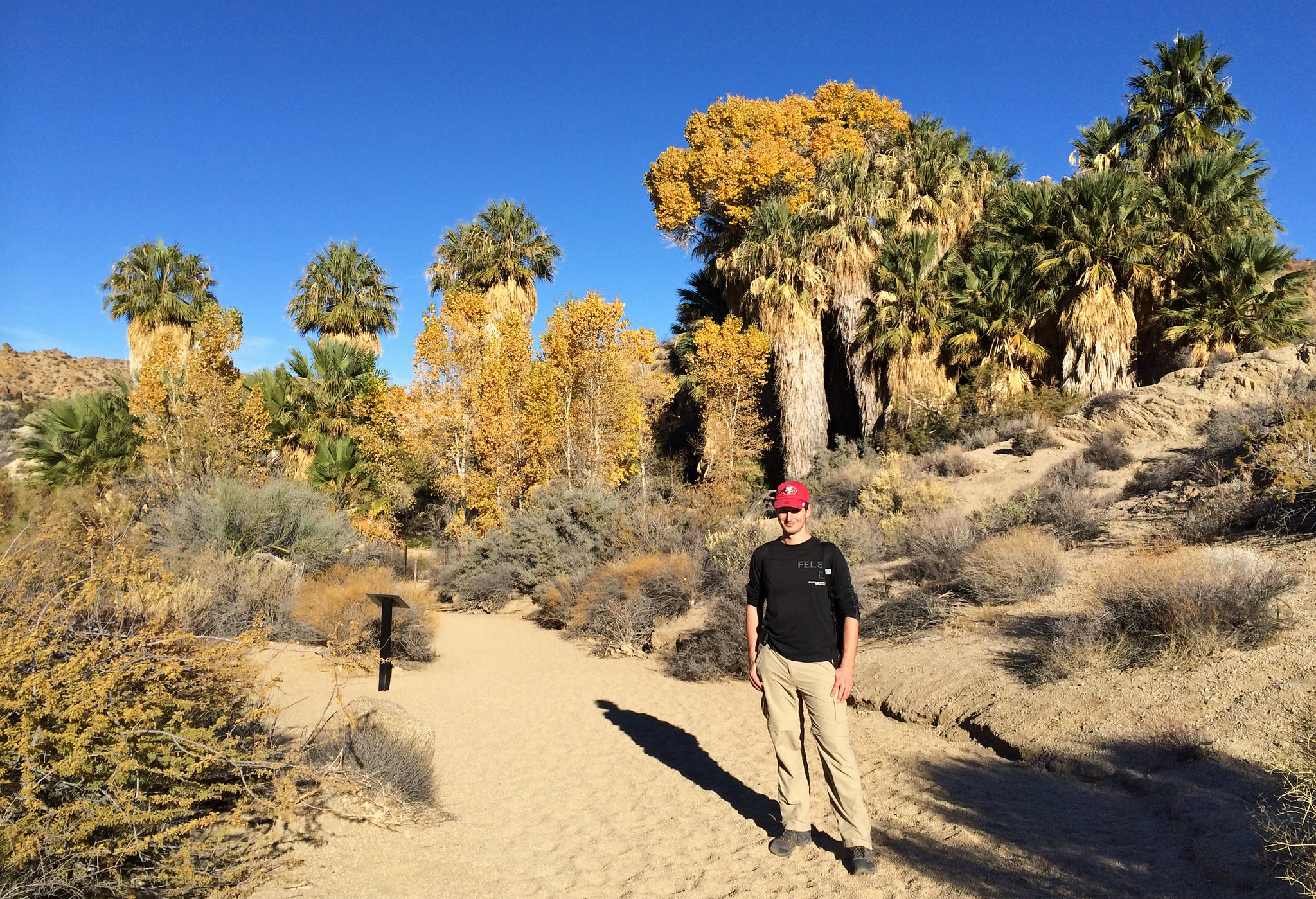 This is the only California national park we haven’t been to, so all we can say is that we regret we missed it. They say it’s truly a place for all seasons, but falls are especially warm and calm. Read more about Channel Islands on the official NPS website. 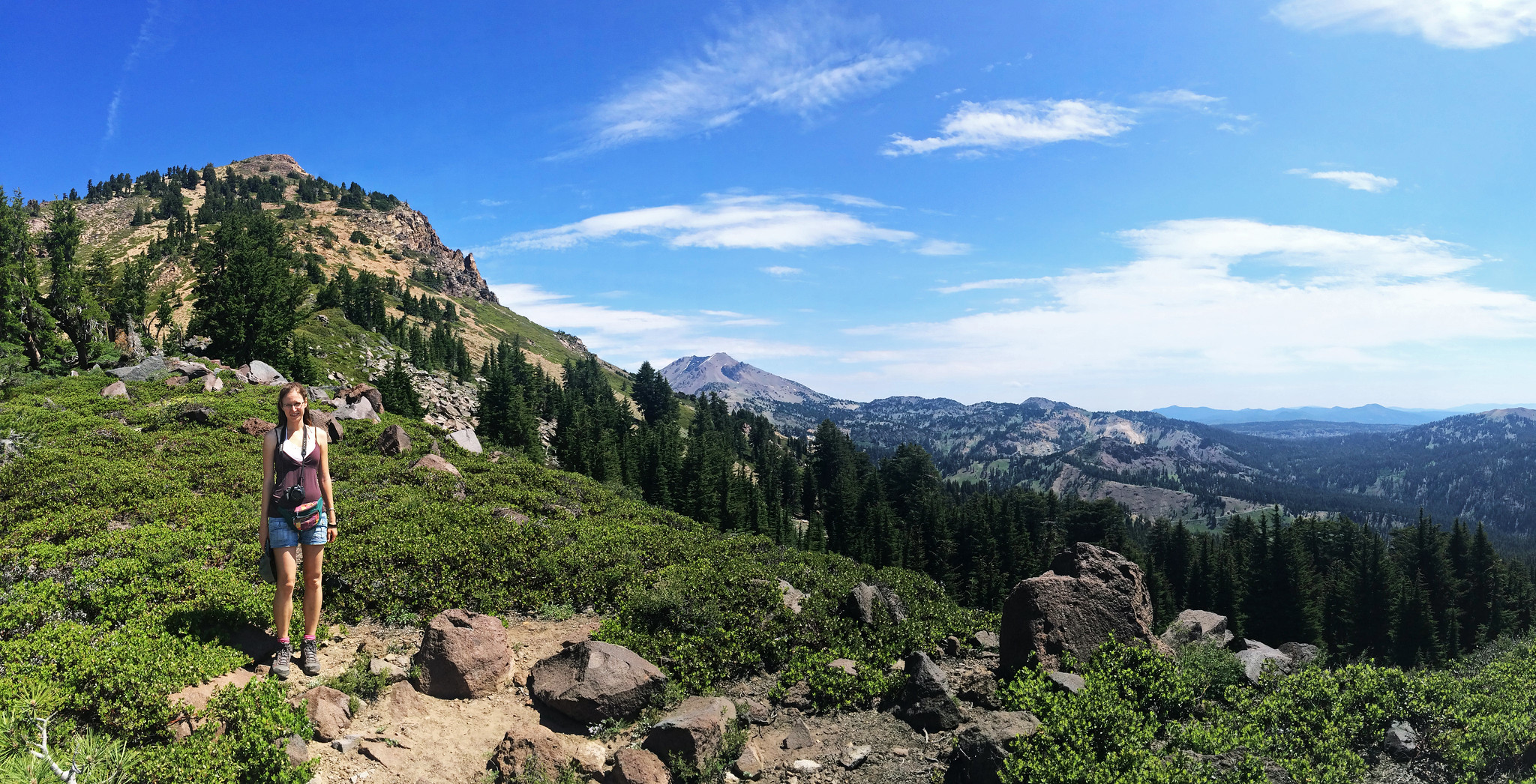 Get the “America the Beautiful” annual pass for unlimited admission to national parks – not just in California, but in the whole USA. It applies to one vehicle, and it’s definitely worth it if you plan to visit several national parks.

The best California national parks for each season 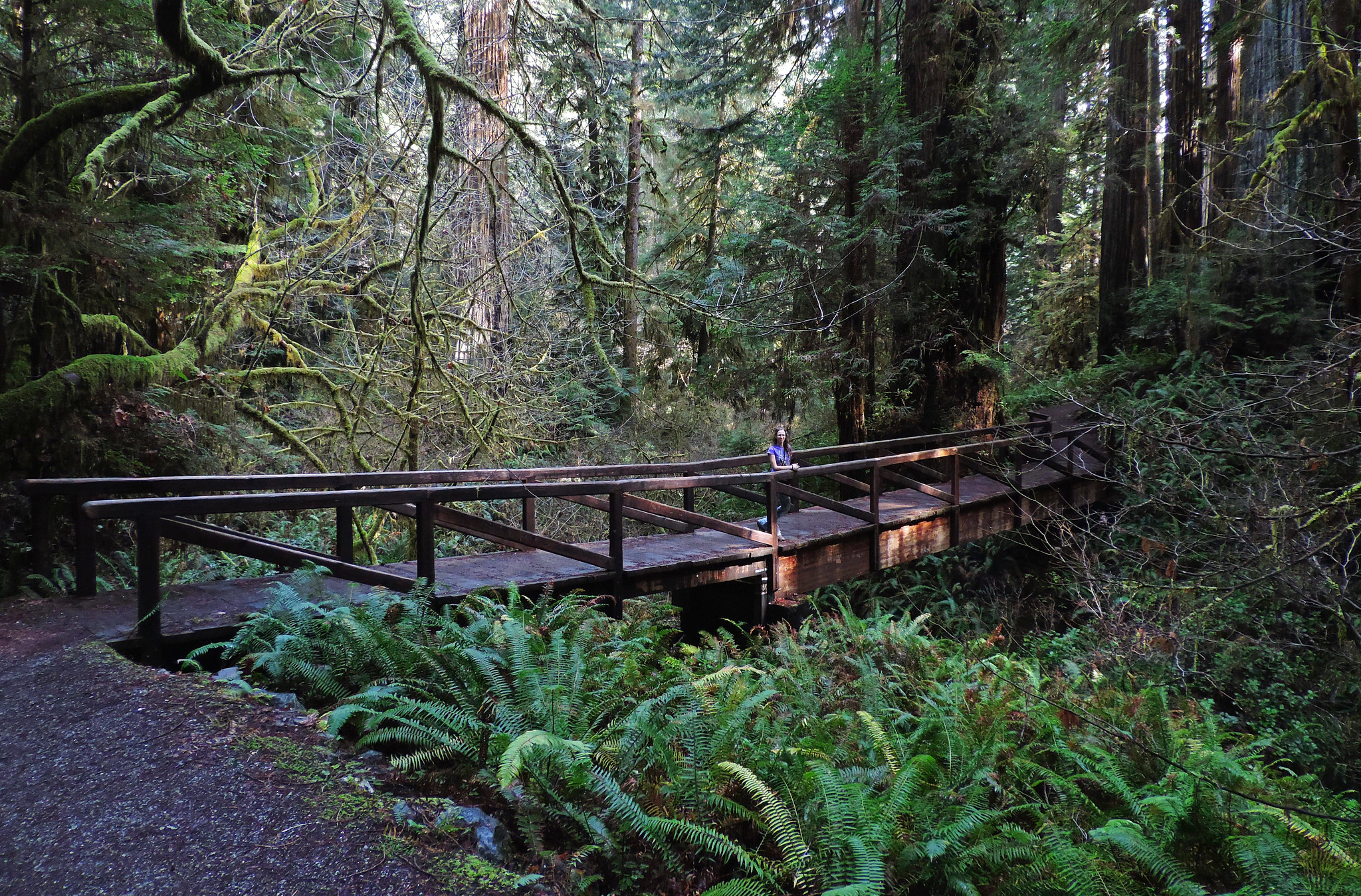 Keeping in mind that even though most national parks offer something in any season, there are definitely better and worse months for a visit. Our recommendation below shows what we think are the very best choices for each season: 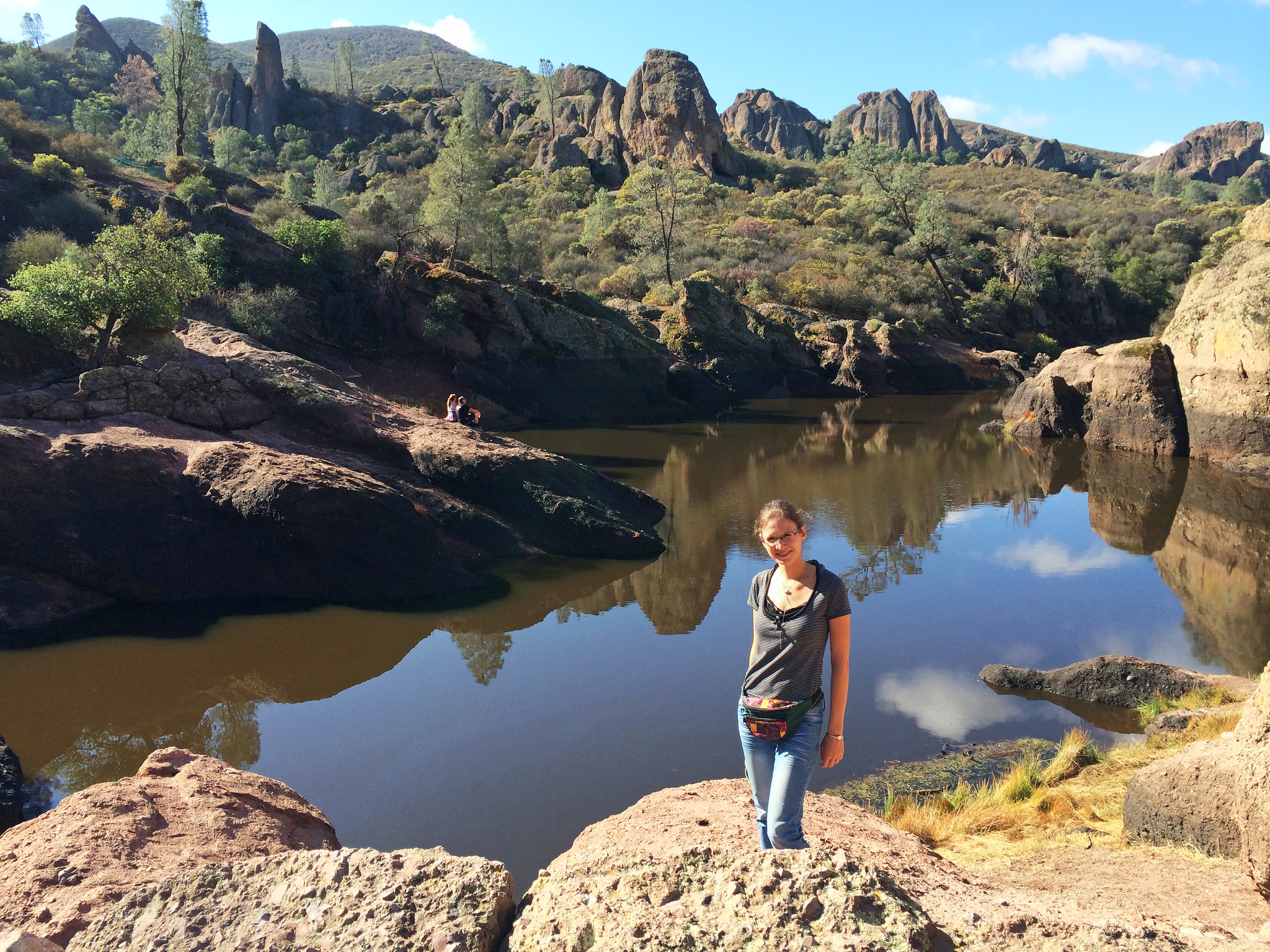 Now let’s see which national parks are the closest to the largest and most popular cities of California, starting with San Francisco. Pinnacles National Park is only 2 hours by car, it could even be done as a day trip from SF. Yosemite and Lassen Volcanic National Parks are both about 4 hours drive (not in the same direction), and Sequoia & Kings Canyon National Parks are 4.5-5 hours drive from SF, so they’re better as weekend or long weekend getaways.

Located far in the north, Redwood National & State Parks are more than 6 hours drive from SF (but even further from LA and San Diego). 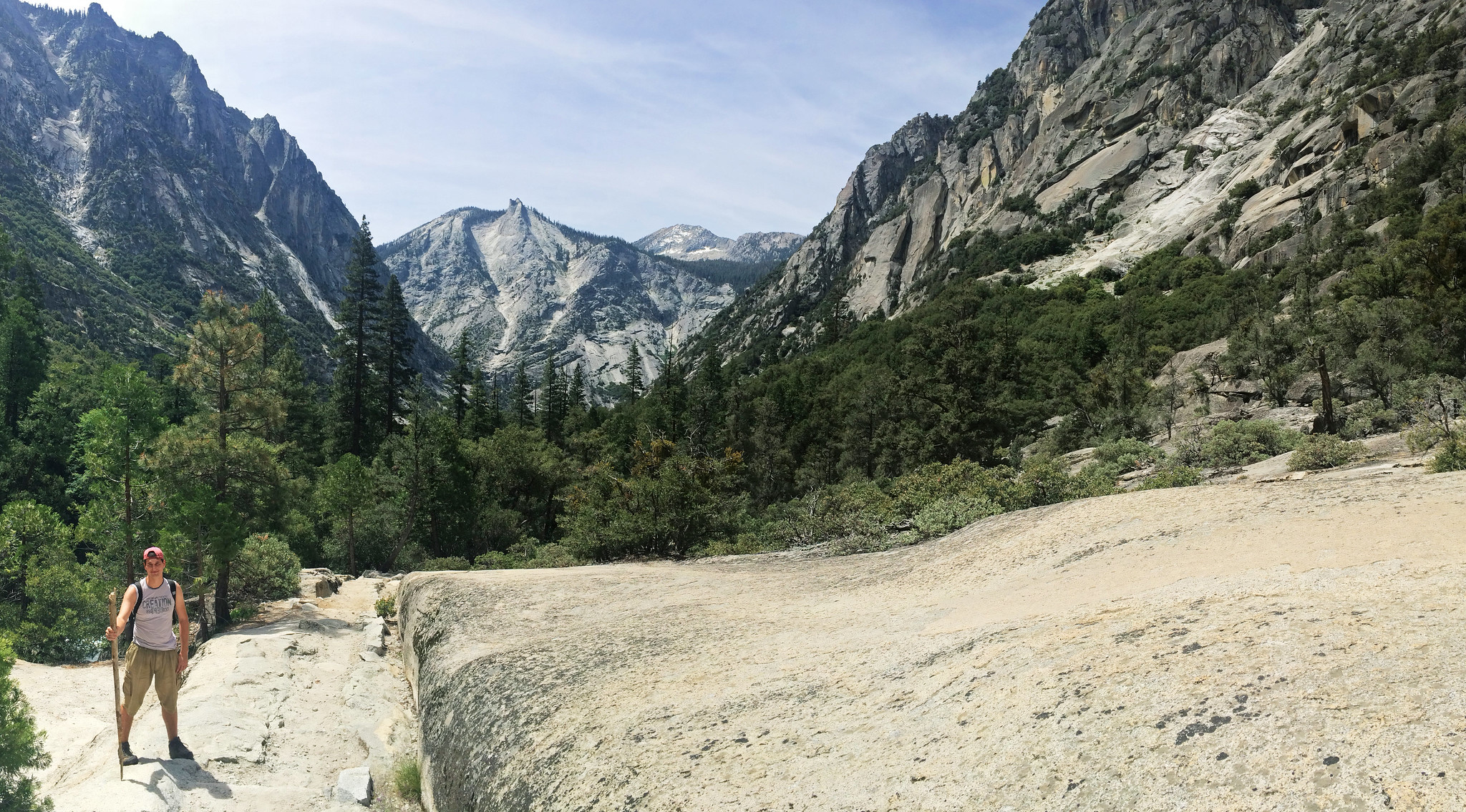 You can depart to Channel Islands National Park from Ventura, that’s very close to LA. This park can only be accessed by boat though – park concessionaire boats and planes or private boats.

Joshua Tree National Park is the closest to San Diego, about 2.5-3 hours drive from the city. It’s suitable for a weekend getaway rather than a day trip.

Now it’s your turn to decide which are the best for you. Do you have a favorite?