What To Do On Krk Island, Croatia

What To Do On Krk Island, Croatia Krk is the largest and most populous island in the Adriatic Sea, but it’s not considered the most beautiful one among the many islands of Croatia. Still, we fell for it – and we’d like to tell you all the reasons why you could fall for it, too.

One of the practical advantages of choosing Krk Island is that it’s connected to the mainland by bridge. Previously, it was a toll bridge, but from June 2020 it’s toll free. No need to wait (and pay) for a ferry which makes Krk a great option even as a day trip. 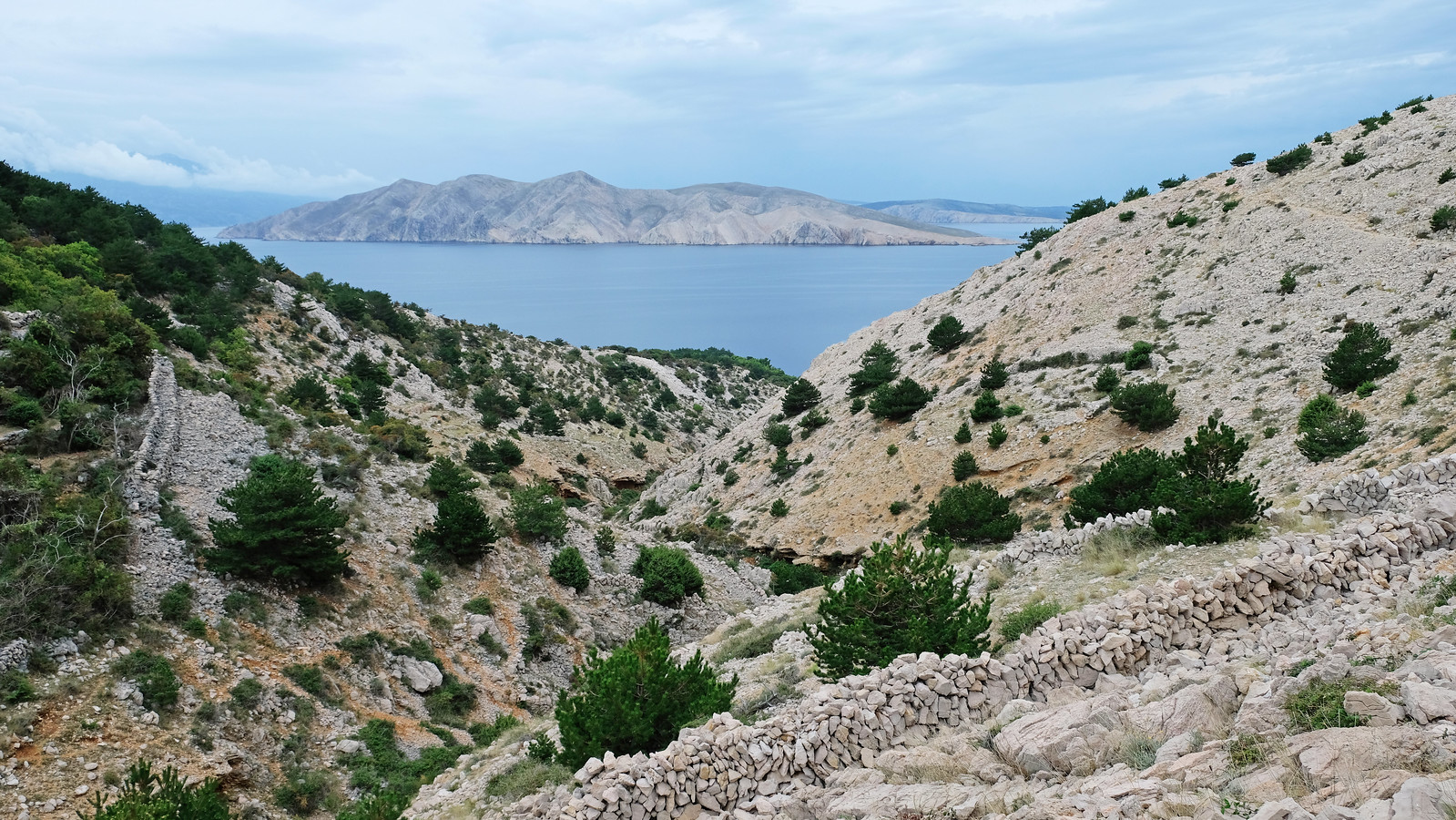 Where to find the best beaches on Krk?

You might hate to hear this, but there’s no right answer. Krk Island is full of different beaches, and it’s based on your preferences which one you’ll like the most. Our favorite part of Krk is undoubtedly the bare and rocky southern region. Whether it’s about beaches or coastal trails, we found the best ones there. But before we talk about them in great detail, let us give you an overview of the beaches in other regions.

While we prefer rocky and pebbly beaches in Croatia, if you’re looking for sandy beaches, Krk has a few. Sveti Marak Beach in the town of Risika is a popular one, and Pećine Beach in the very center of Šilo is also chosen by many families. Busy Porporela Beach – only a few minutes walk from the center of Krk town – is partly sandy, partly pebbly. 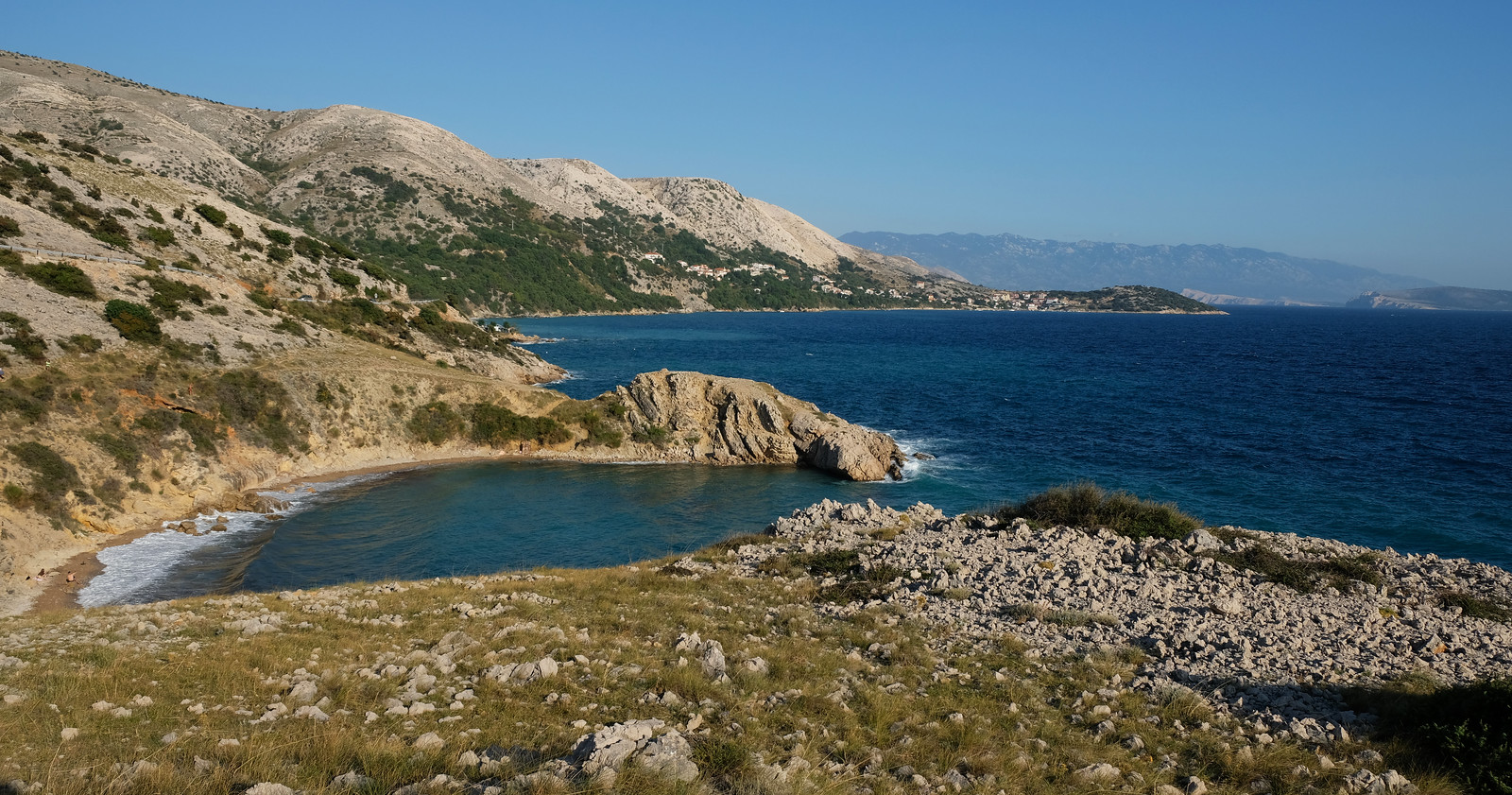 Some other popular city beaches are Malin cove, made of pebble and paved plateaus (near the center of Malinska) or Miramare Beach, the main beach in Njivice. South of Miramare Beach, there’s a series of smaller beaches and coves connected by a coastal trail.

Soline Bay is a special one that has a beach with medicinal mud. People covered with mud from head to toe is a common sight there. But it’s an ideal beach for small kids, too, as you can walk almost a hundred meters into the sea, and the water will still be up to your knees. (And as an adult who wants to swim, this fact might as well make you avoid Soline Bay.)

However, our very favorites are the wild beaches! The lack of amenities are easily compensated by the unspoilt beauty in our eyes. Luckily, Krk has a variety of those wild beauties, like Kozica Beach (a pebbly one, 20 minutes walk from the center of Vrbnik), Plaža Javna and Plaža Mala Javna by the road between Vrbnik and Risika or Potovošće Beach near Vrbnik. Or our very favorite beach on the island… 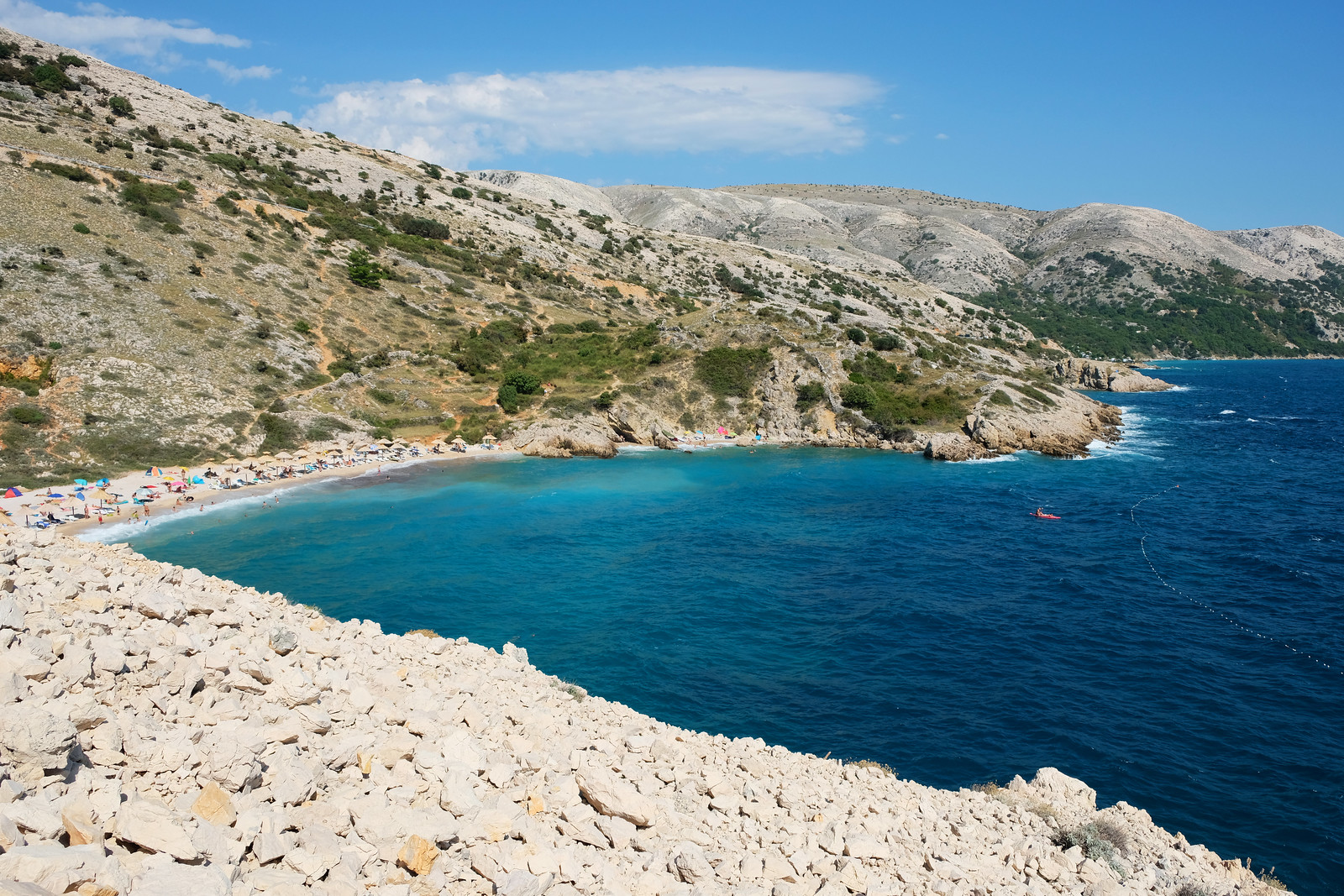 To find this gem, you need to keep your eyes open when driving from Punat towards Stara Baška. Oprna Bay is not accessible by car, but you can see it from the road – and you can also notice the cars parking by the road. We did the same, as there’s no dedicated parking lot nearby. Then we walked about 15 minutes down to Oprna Bay on a narrow, scenic coastal footpath.

Oprna Beach is a pebbly beach, and it’s also quite family-friendly with a smooth entrance to the water. Though the water gets deep soon. The beach is natural and not too large, and it gave us the perfect atmosphere of a remote, romantic beach. We shouldn’t even mention that the water is crystal clear.

The coastal trail continues north of the bay, too. It offers amazing views of Oprna Bay, and takes you to a nearby hidden cove.

The most popular beach: Baška Beach 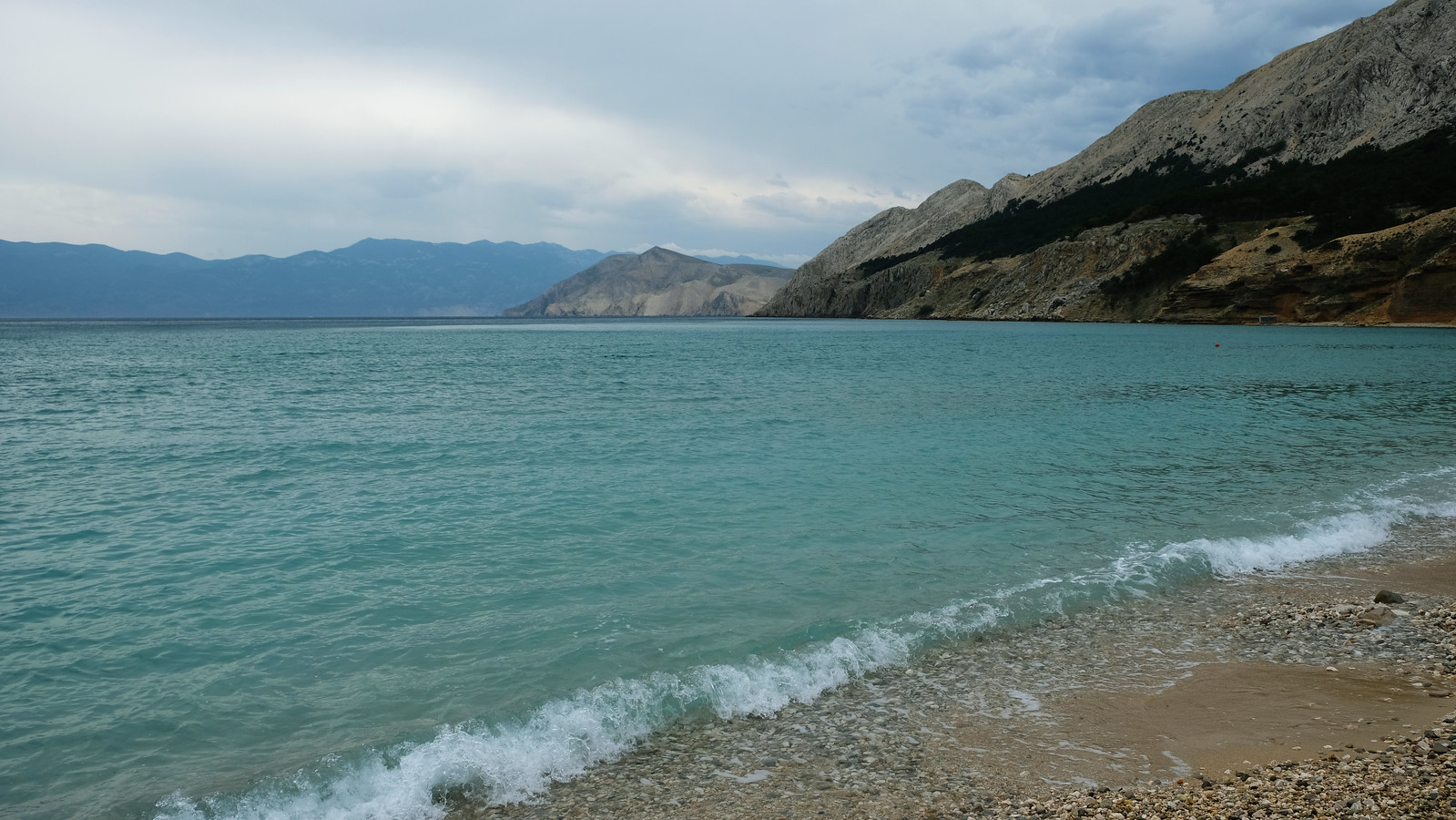 There’s another beach, again in the rocky southern region, that we haven’t mentioned yet. It’s one of the most popular beaches on Krk, and with its impressive scenery it’s our second favorite after Oprna Bay. Located in the town of Baška, it’s quite busy, but the water is perfectly turquoise, and the beach offers views of the uninhabited island of Prvić. It’s a pebbly bay, large and often quite windy.

However, parking is not free there, and even then it’s quite limited. There are paid street parking, and some paid parking lots where you can choose hourly or daily fees. 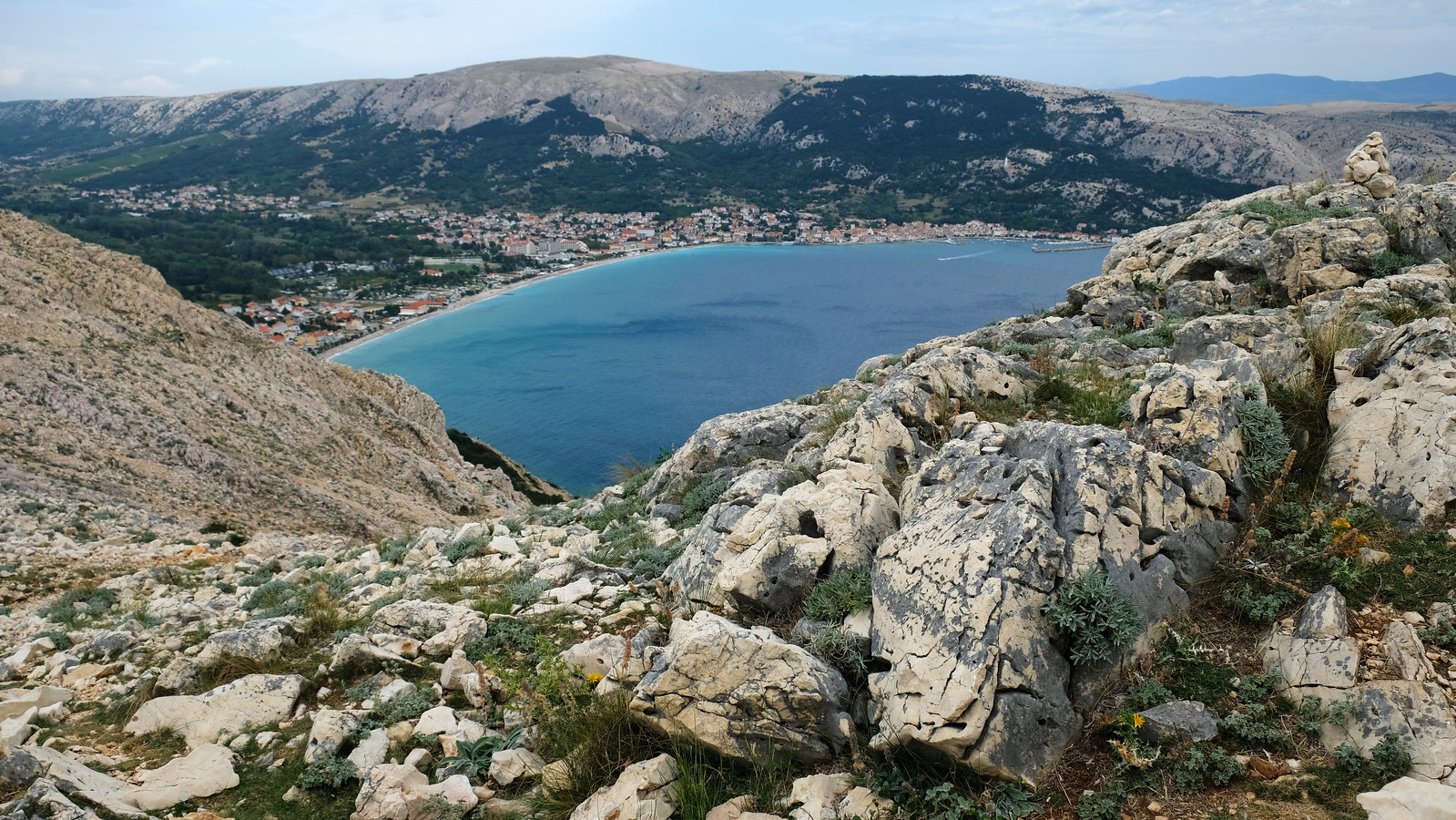 But what we liked the most about Baška Beach are the coastal trails on both sides of the bay. The bare, rocky landscape and the giant cliffs reminded us of the high mountains, except these are hills with a few hundred meters height. You hardly find any plants on them (don’t even think of trees!) which is the result of the constant salty wind. They’re the reason you could be happy to have some cloudy days while staying on Krk, as hiking on these unshaded trails are quite unpleasant when it’s hot and sunny.

Actually, these trails are yet another reason to visit Krk in September instead of the summer months. Croatia offers such wonderful coastal trails that are hardly enjoyable in the summer heat, but reward you with unforgettable panoramas if you take them. We liked these trails just as much as the beaches, so all we could say (again) is: don’t worry too much if you don’t have beach weather, because Croatia is much more than its beaches.

And now let’s see those trails we found in Baška. 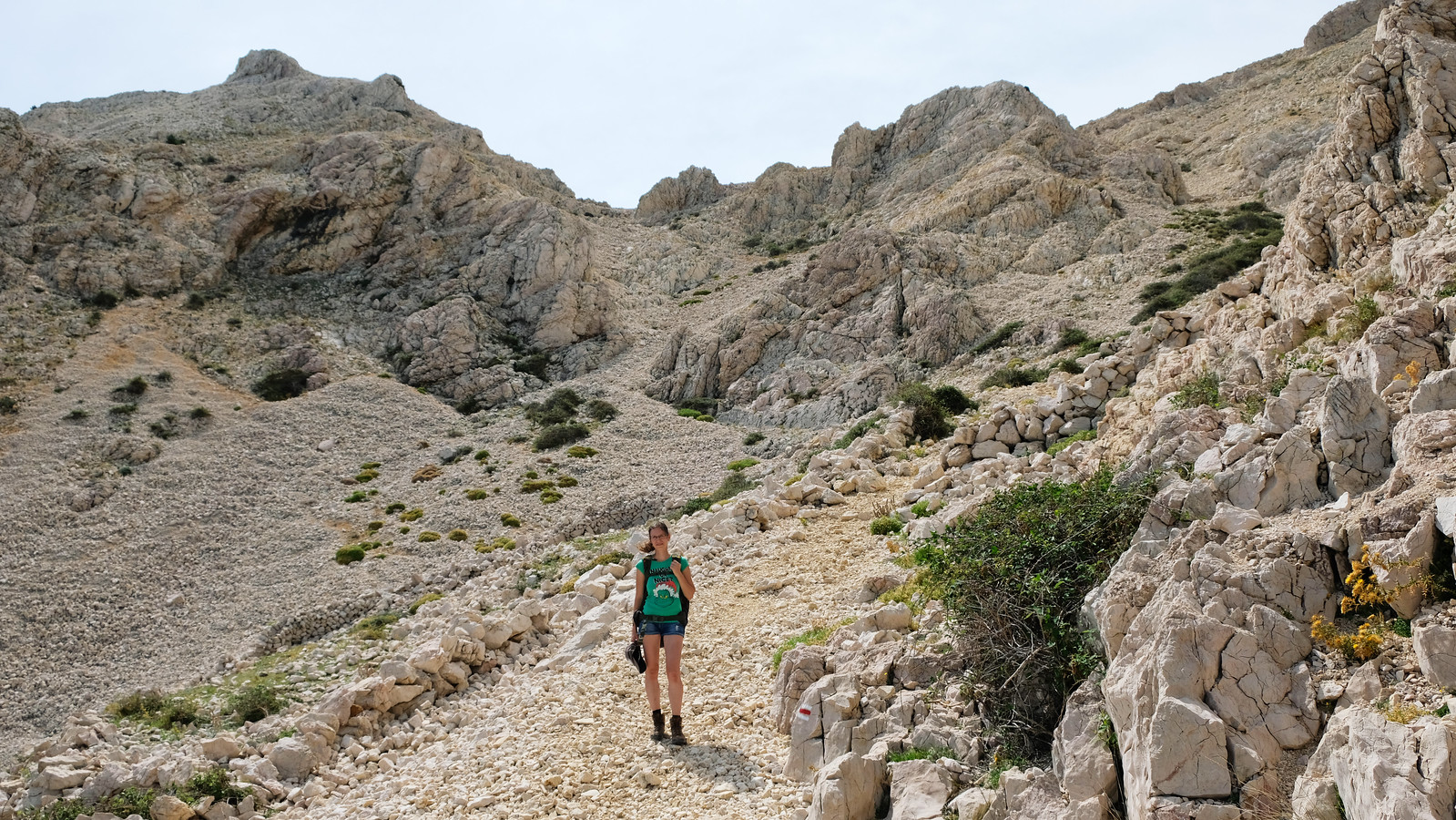 A moderately difficult and very picturesque loop trail starts from Baška Beach. It took us to 185 meters high Bag peak, then to 220 meters high Ljubimer peak. As ridiculous as these numbers sound, the views were breathtaking! On the way there we got views of Baška Bay and the coast, then of uninhabited Otok Prvić and the rocky coastline below us. On our way back, we didn’t hike directly on the coast, but we still had nice views of Baška Bay and close views of the giant coastal rocks. 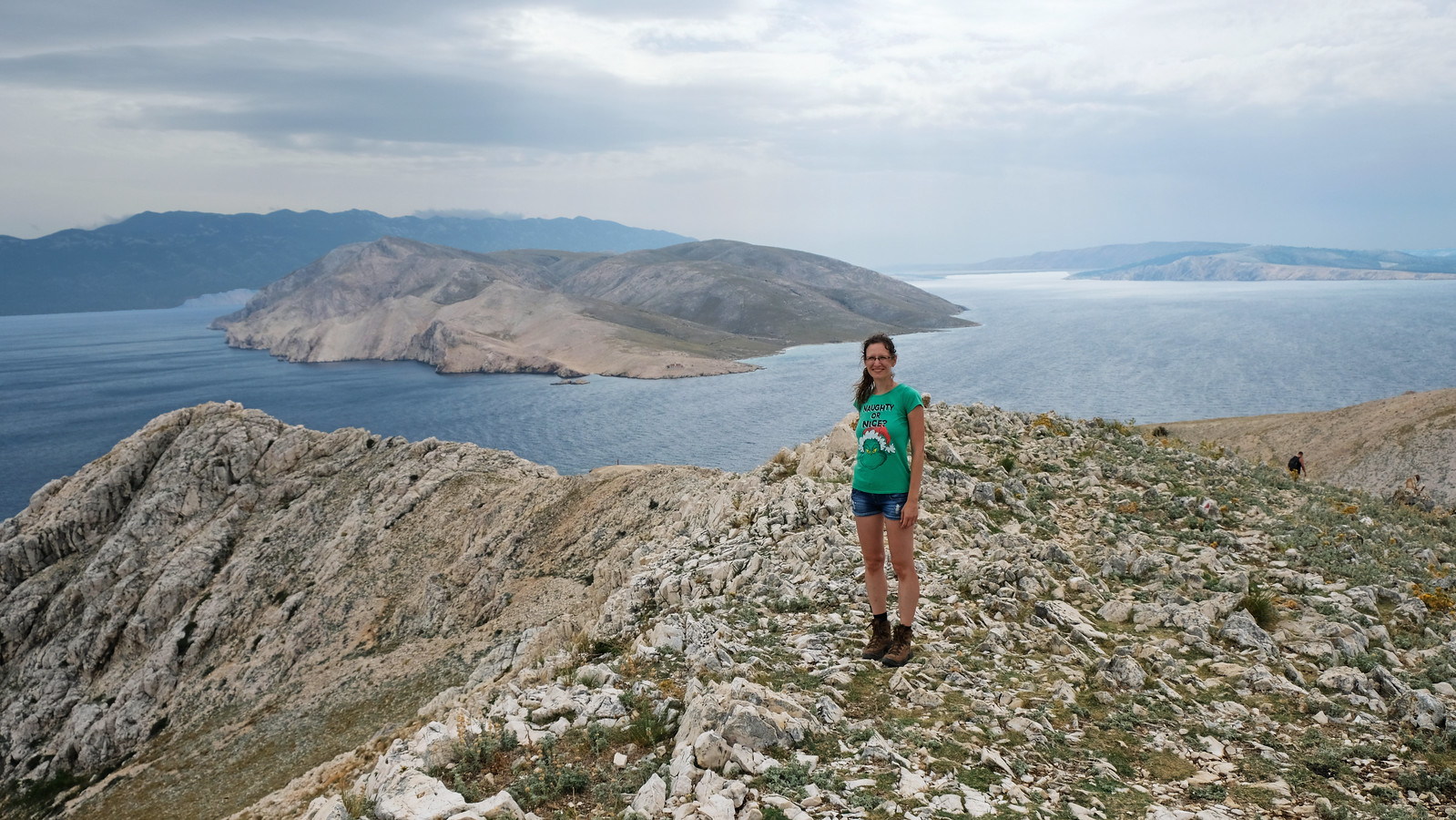 If you do it in the summer, do it early or late in the day, as there’s no shade anywhere, and it takes only about 2 hours. 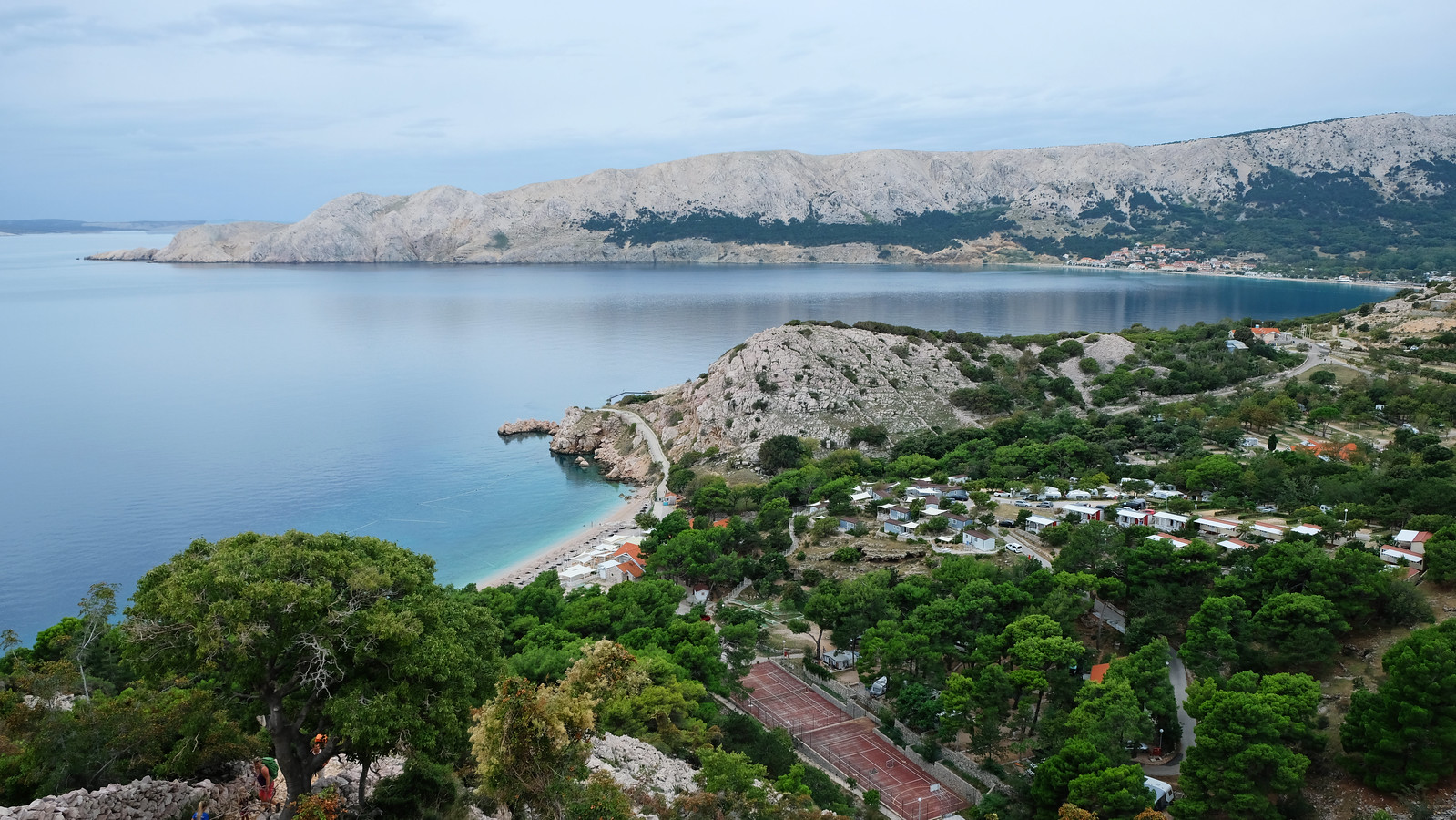 Vela Luka Bay is a beautiful, unspoilt beach, but it’s not that easy to access. You can either go there by boat, or do a 2 hours hike from Baška. On a hot summer day we’d vote for the boat ride. On a cooler, cloudy September day we did the hike. It’s a scenic hike through the wild, rocky landscape, with amazing views of Baška Bay, the coastline, the mainland and other islands.

We couldn’t enjoy the beach itself, as it was raining when we started our descent to Vela Luka Bay. However, our favorite view was that of Vela Luka and nearby Mala Luka Bays from above. And we had no reason to complain about the heat and the lack of shade on our way back either. 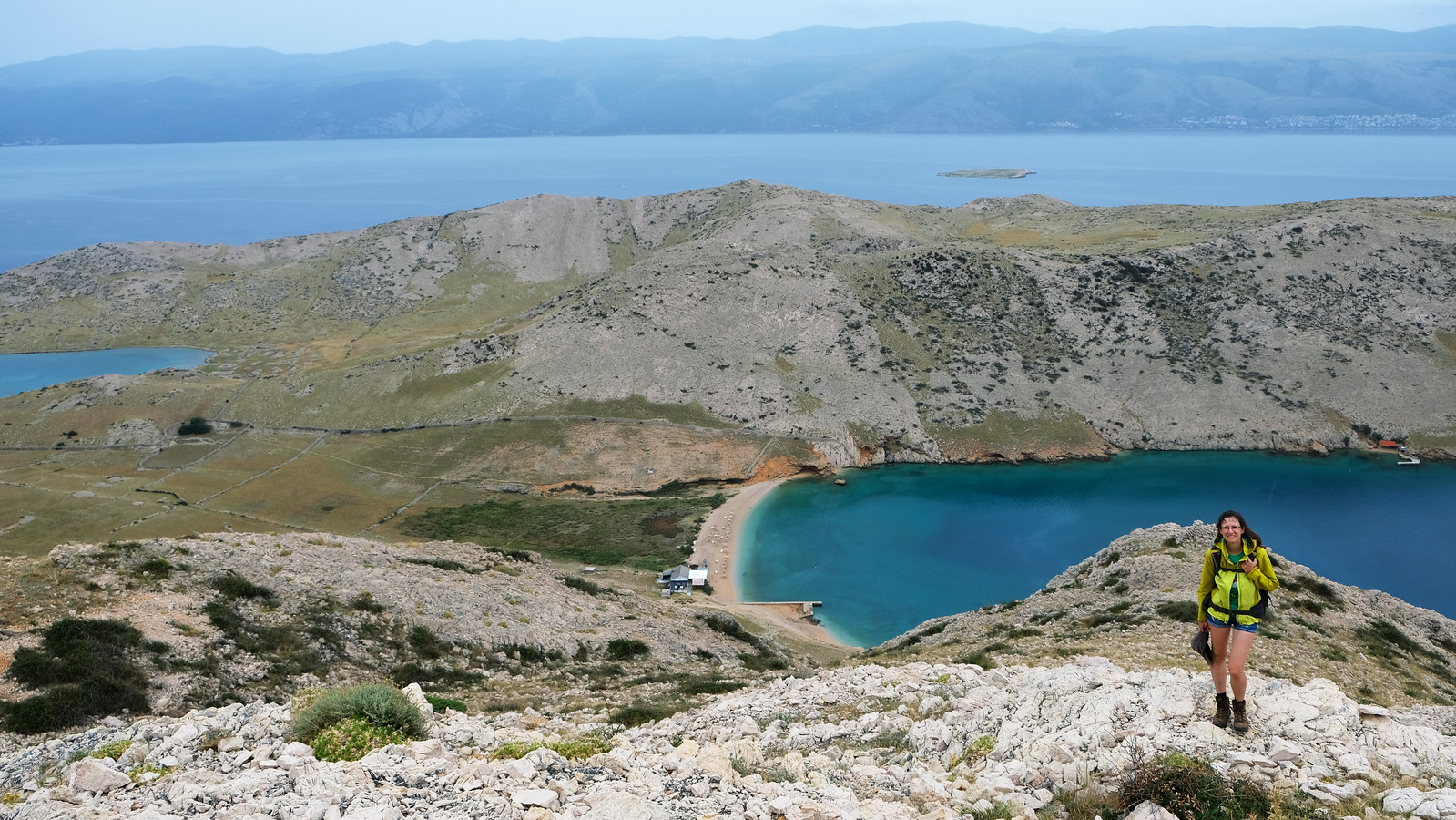 This hike was a random idea. We didn’t spend time on Vela Luka Beach, so we had some time for another hike. Why not conquer the highest peak of Krk Island then? Not that it’s very high. Veli vrh is 542 meters, but just like the other trails, it also rewarded us with rocky landscapes and barely any plants, like a high mountain trail. 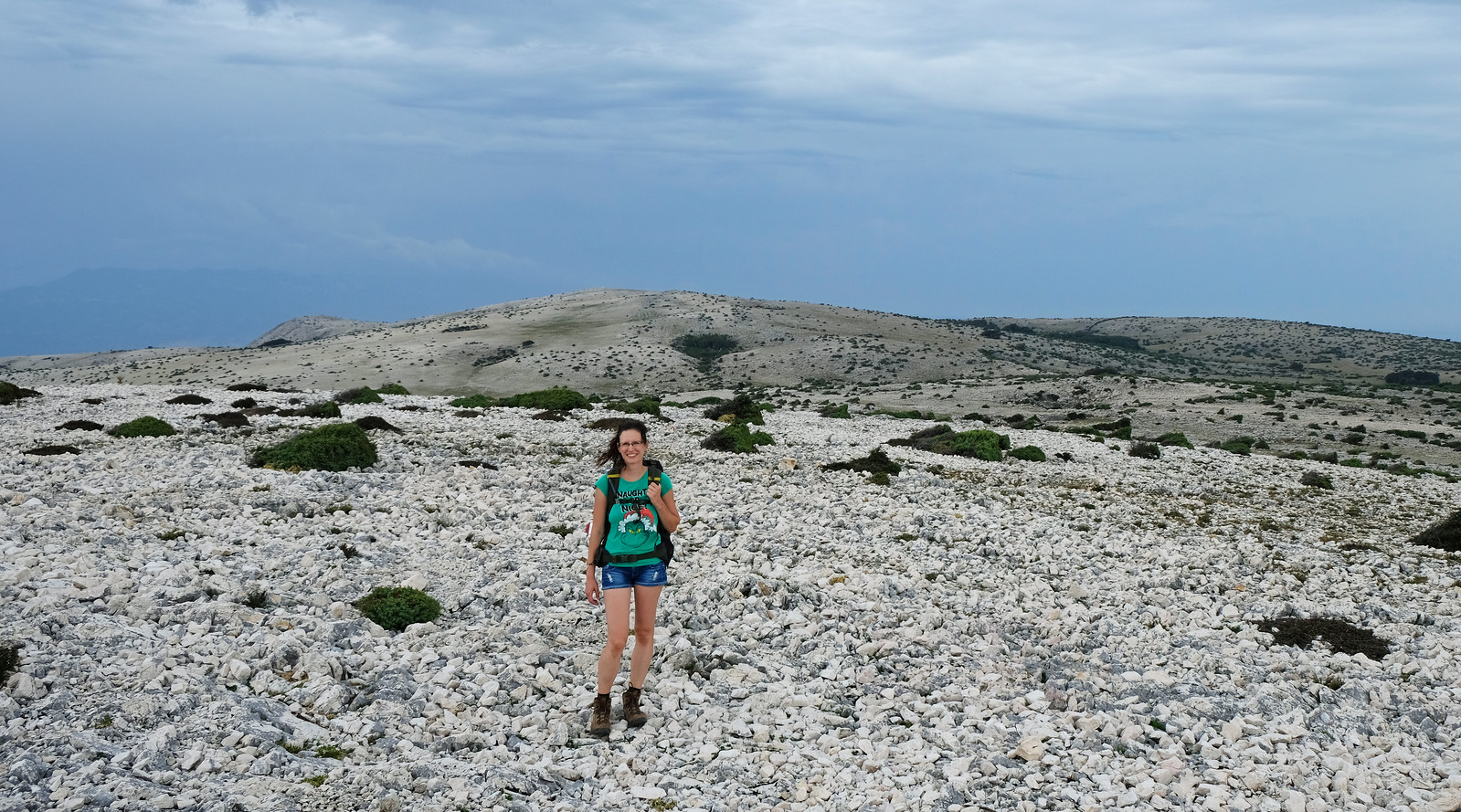 Okay, the trail that we started from a pullout by the road from Baška towards Punat started on a paved path lined with trees. But as we got higher, bush replaced the trees, and then even bush disappeared. The views were not as breathtaking as those on the coastal trails, but Veli vrh offers a nice panorama of the island and its surroundings. 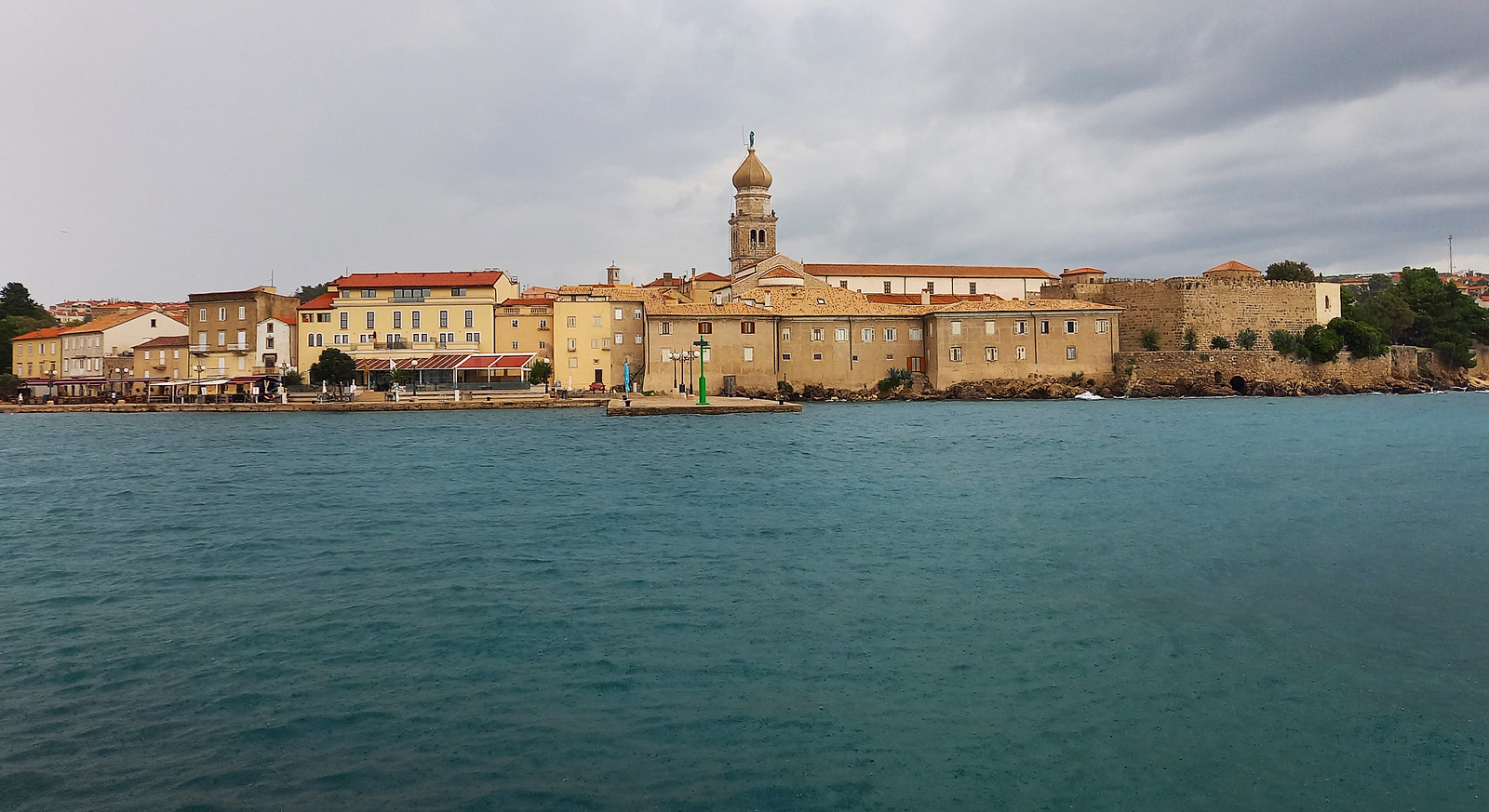 The largest settlement on the island is the town of Krk, with a population of about 6000 people. Quite a lovely small town, yes. But it’s among the oldest towns on the Adriatic coast, it dates back to the Illyrians and later the Romans. We could find Roman ruins there even today, like mosaics in the houses.

Frankopan Castle, one of the main sights, is a medieval fortification. The town is fortified even today, there are four doors that give access to those narrow, cobbled streets and ancient ruins. The main square is called Kamplin, and it was a training area during Roman times. Today’s sacred church complex was built over the leftovers of a Roman spa. The town walls offer nice views of the Adriatic Sea.

We walked around in Krk town within a few hours, and really, that’s about the time you can calculate with. After that, you can spend your time on the beaches – in or out of the town – or check out some of the coastal walking and biking trails nearby.

How many days do you need? 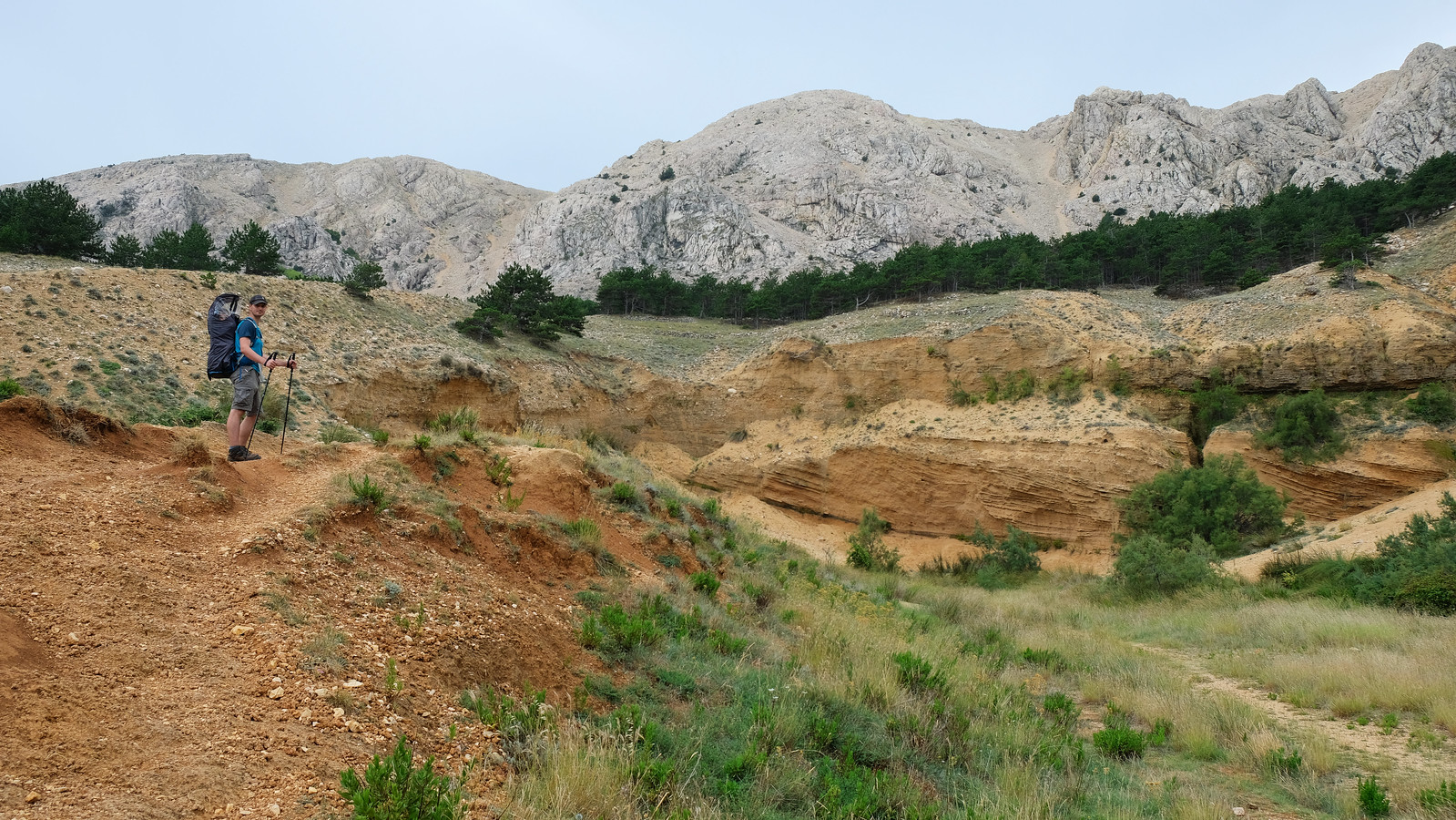 We spent three days on Krk Island. It was well spent, but in retrospect, we could have easily spent a week there, combining lazy beach days with more active ones when we drive around the island and explore pretty coastal trails.

However, Krk can be a great day trip, too, if you don’t have much time. It’s easily accessible from the mainland through the bridge. If you’re into culture, spend that day in Krk town and on the nearby beaches. If you’re after natural treasures, head to the southern region, towards Baška or Stara Baška, find hidden bays and breathtaking coastal views.

When is the best time to visit? 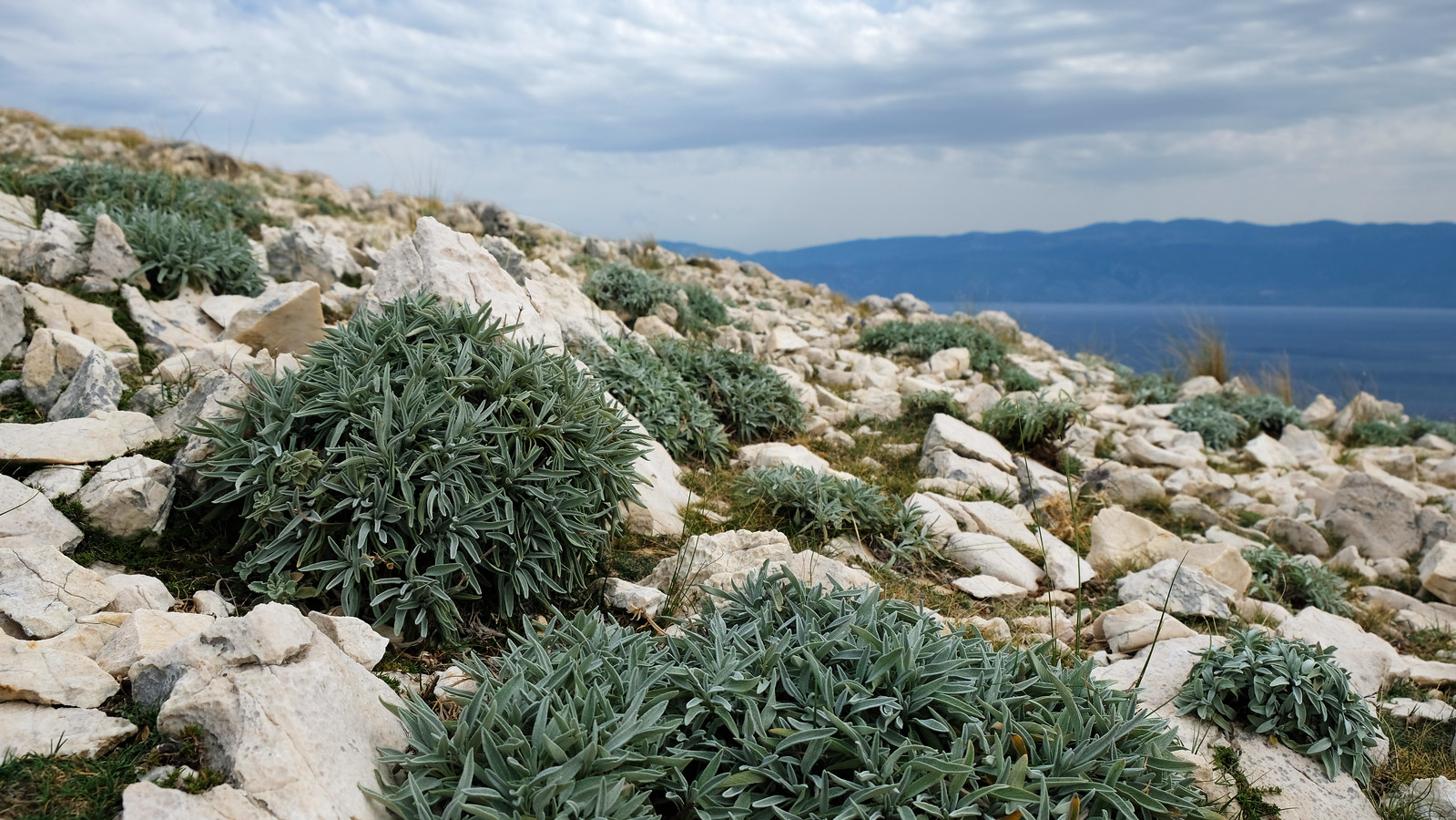 If you’d like to swim in the Adriatic Sea, we think Croatia is best to be visited in early September. You have a chance for bright, sunny days, sea temperatures are pleasant after the hot summer months, but summer crowds are gone.

If you don’t mind cold water, or you don’t mind swimming, May and early June is another great time for a visit – before the school holiday and the crowds.

Have you visited any of the Croatian islands? Do you have a favorite?