Which city comes to your mind first when thinking of Croatia? It might be Dubrovnik. Or Split? Rovinj? I bet it’s not Zagreb. Though Zagreb is the capital of Croatia, it’s probably not one of the most popular touristy cities in the country. Also, it’s located inland, further from the beloved Adriatic Coast. Is it even worth a visit?

Our answer is yes, for many reasons. One is that while getting to the coast, Zagreb might be on your way, anyway. You might fly to Zagreb. As we drive from Budapest to the Adriatic Coast, Zagreb could be a nice stop along the highway.

Then what if you don’t visit Croatia some other time than summer? There’s plenty to see, and one is sightseeing in Zagreb. Last but not least, Zagreb is a surprisingly attractive and not at all busy capital. We visited it first on a weekend in March when all the trees were in bloom in its parks. It certainly helped us fall in love.

Zagreb is pretty, but not too busy 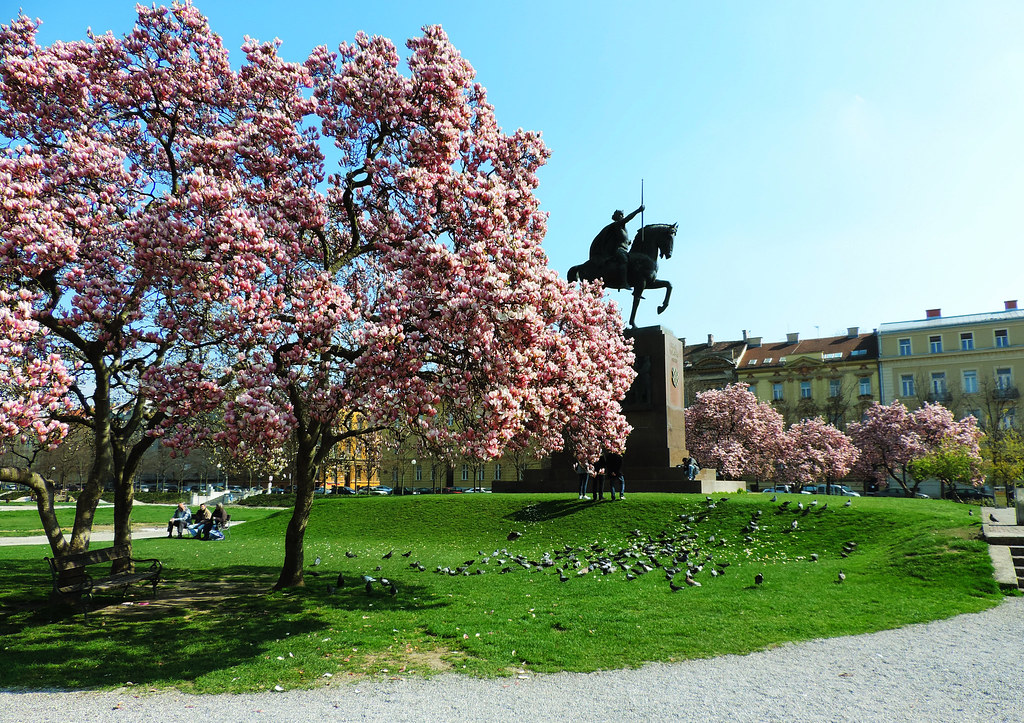 The capital of Croatia didn’t feel like a capital to us at all, and I mean it in a good way. With half of Budapest’s population it’s among the smallest European capitals, and we tend to like those (looking at you, Ljubljana, Reykjavík). They have a special charm that bigger cities can’t have simply because of their size.

What’s more, Zagreb is not flooded with tourists. It’s lively, but not busy. We could sit and admire beautiful St Mark’s Church alone in peace and quiet for a while. Majority of the people on the streets were locals. Whenever we had short interactions in a shop or in a museum, we felt that they were happy to welcome us in their city, instead of being tired of tourists like we felt in other, more touristy European cities.

How much time do you need? 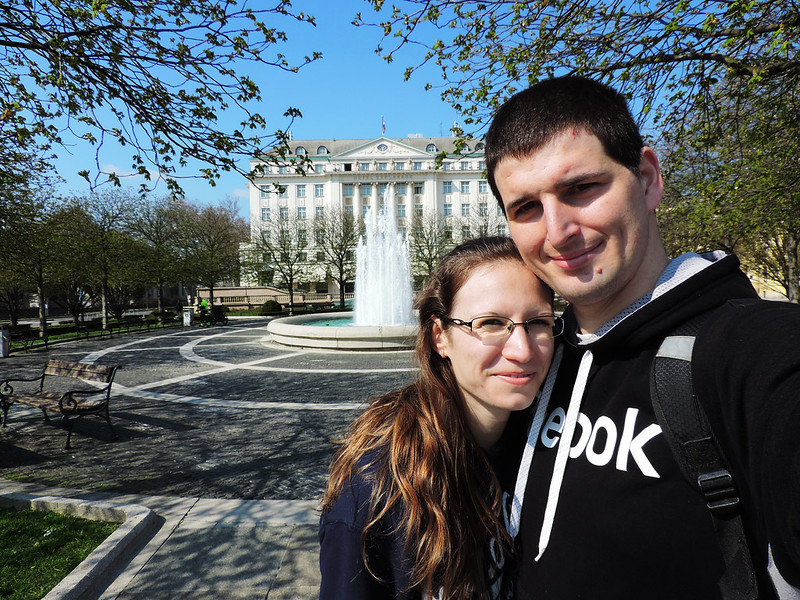 Now, don’t expect Zagreb to entertain you for days. One day is enough to see the main sights, let it be two, if you’d like to explore it slower. It’s a perfect fit in the beginning or at the end of your Croatian road trip.

The best things to do in Zagreb

Walk around in the city center. Ban Josip Jelačić Square is the main square, and from there starts Tkalčićeva Street, a pedestrian street lined with cafes, restaurants and small shops. King Tomislav Square is the largest square, with the building of the Central Train Station at one side. We liked the statue of King Tomislav surrounded by blooming trees! Then there’s historical St Mark Square (Trg svetog Marka in Croatian) with St Mark’s Church and Sabor, the Croatian parliament. Flower’s Square (Cvjetni Trg) got its name due to the few flower stalls you can see there, and Zagreb Orthodox Cathedral is on its corner. 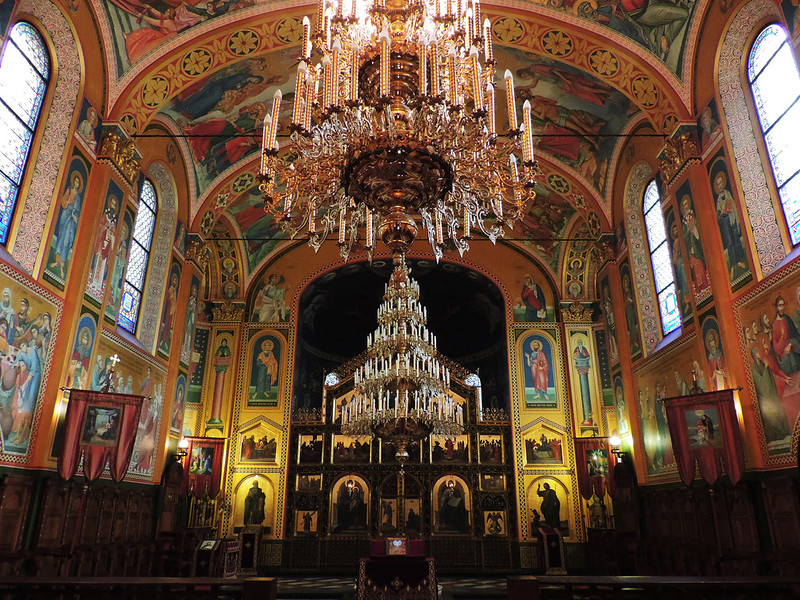 Explore Zagreb’s medieval core. Gradec district is quite romantic with its cobblestone streets, historical landmarks, secret passages and courtyards, small museums and art galleries. St Mark Square is the heart of the district, and at the top of Radićeva Street you can find Gradec’s last remaining town gate.

Visit St Mark’s Church. It instantly grabbed our attention with its colorful roof, and the interior is beautiful, too. It’s free to visit, by the way. 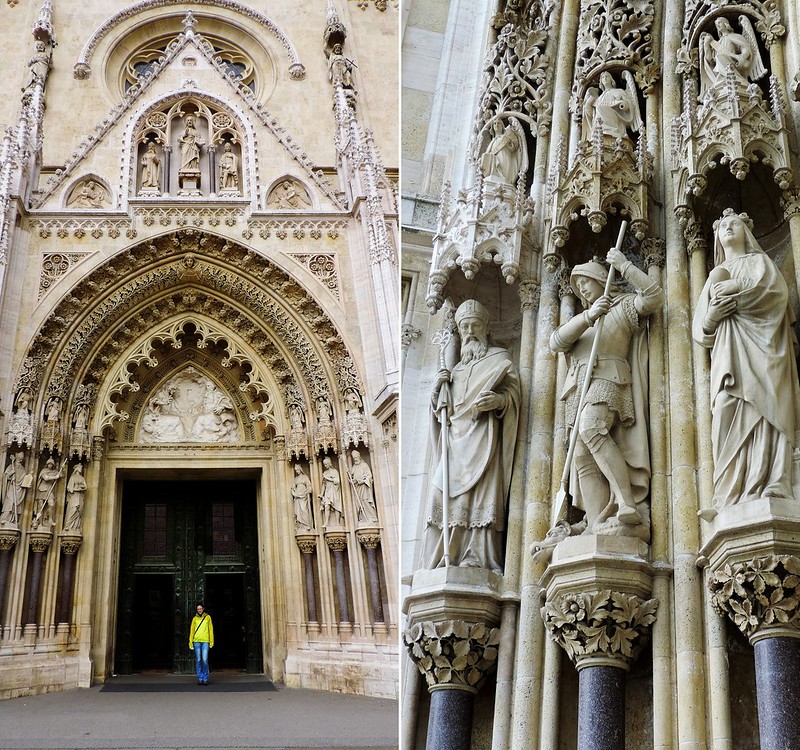 Visit the majestic Cathedral of Zagreb. This Gothic cathedral impresses both from the inside and outside. Its twin towers can be seen from far away, and it’s the most monumental building in Zagreb. The square in front of it is surrounded by pretty buildings – and were decorated with giant Easter eggs at the time of our visit.

Examine local life at Dolac Market. Or buy some fresh food for yourself. This market is the best place to find meat, dairy products, vegetables and also fresh seafood from the coast. 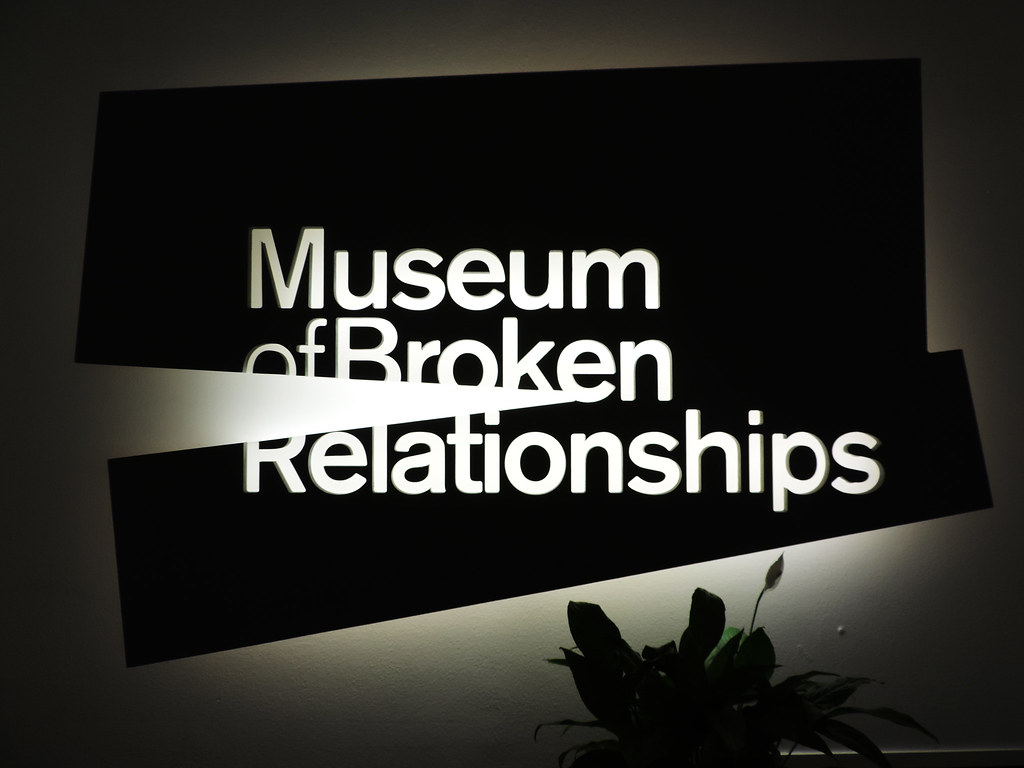 If you pick only one museum to visit, let it be the Museum of Broken Relationships. Yes, it’s the real name of this museum, and it’s very close to St Mark Square. Its exhibits feature things and stories that are all memories of broken relationships. Not just romantic relationships, but parent-child relationships and friendships, too. Some of them are sweet. Some are funny. Some are bitter. Some are terrible. Though this museum is small and an hour is enough to visit it, it will definitely make you think about a whole lot of things for a while.

If you’re looking for a souvenir, buy a Licitar. At first we thought it’s a gingerbread heart, painted with a glossy red enamel (it’s edible). Well, it’s kind of that. It’s a honey dough cookie, a typical sweet of the northern Croatian culture, and it takes several weeks to prepare. 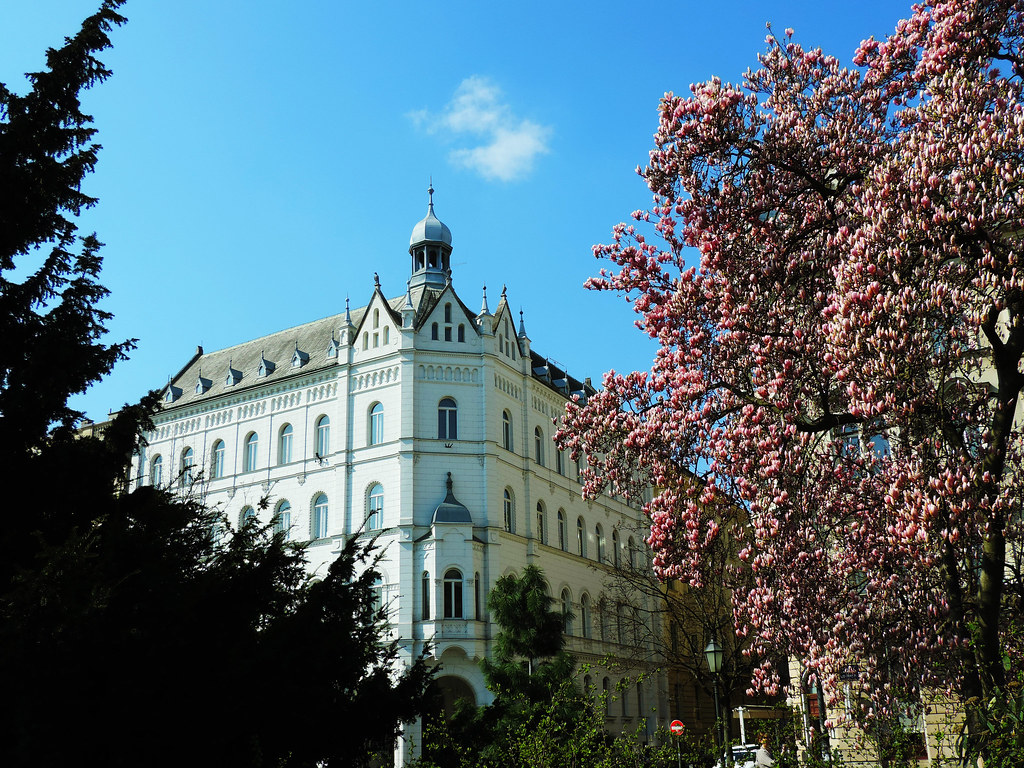 Walk in Zrinjevac Park. Fountains, blooming trees, pastel colored buildings – and a lovely gazebo in the middle. Maybe we watched too much Gilmore Girls, but this gazebo reminded us of American small towns. 😀

A day trip: hiking to Sljeme in Medvednica Nature Park

If you’ve been reading our blog for a while, you are probably not surprised that we spent some time hiking during this trip. Medvednica Nature Park is only roughly 30 minutes drive from Zagreb, but it can be accessed by bus, too. Medvednica is not a very high mountain, but that meant we could hike to the top even as early as the end of March. 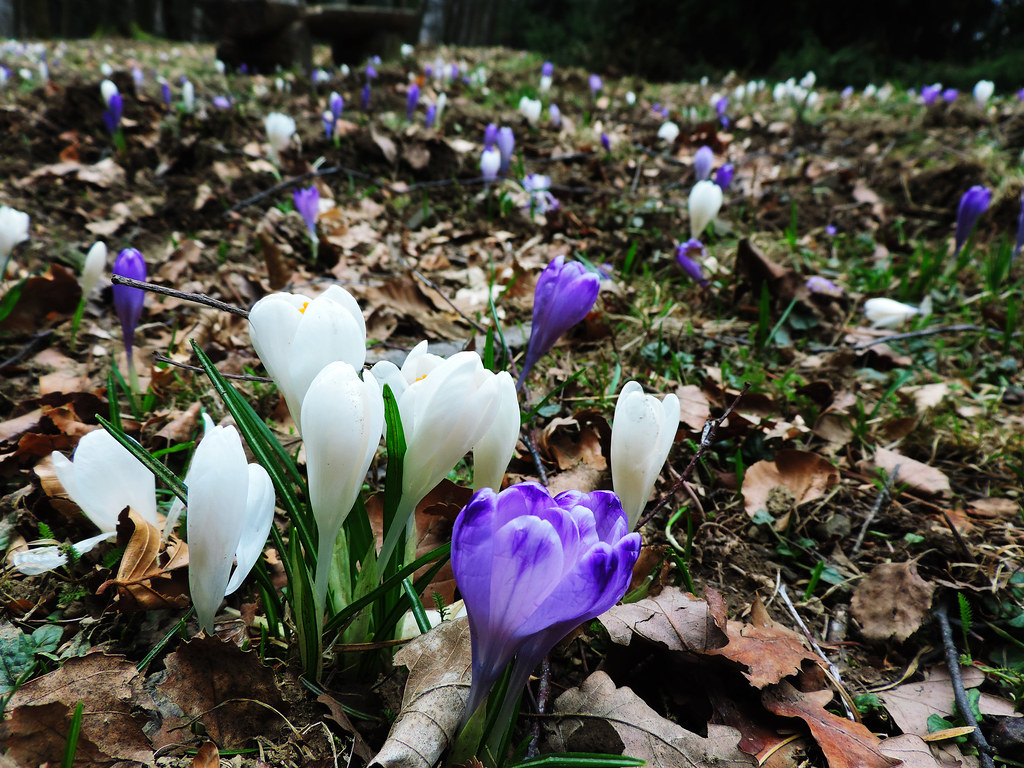 Bikčevićeva Trail is said to be the nicest trail, and we continued to Sljeme summit (1035 m) from its end. The hike is mostly in the forest which was still bald then, but we saw the first flowers – a lot of them! – and some snow at the top. We needed about half a day for the entire hike, but without climbing to the very top, it could be even shorter, though it’s steep at certain sections.

How to get there? Bikčevićeva staza is the name of the bus station near the trailhead and Google can find this location, too. From there it’s easy to follow the signs and the parking lot is quite big, you can notice it easily. The trail starts from the parking lot. 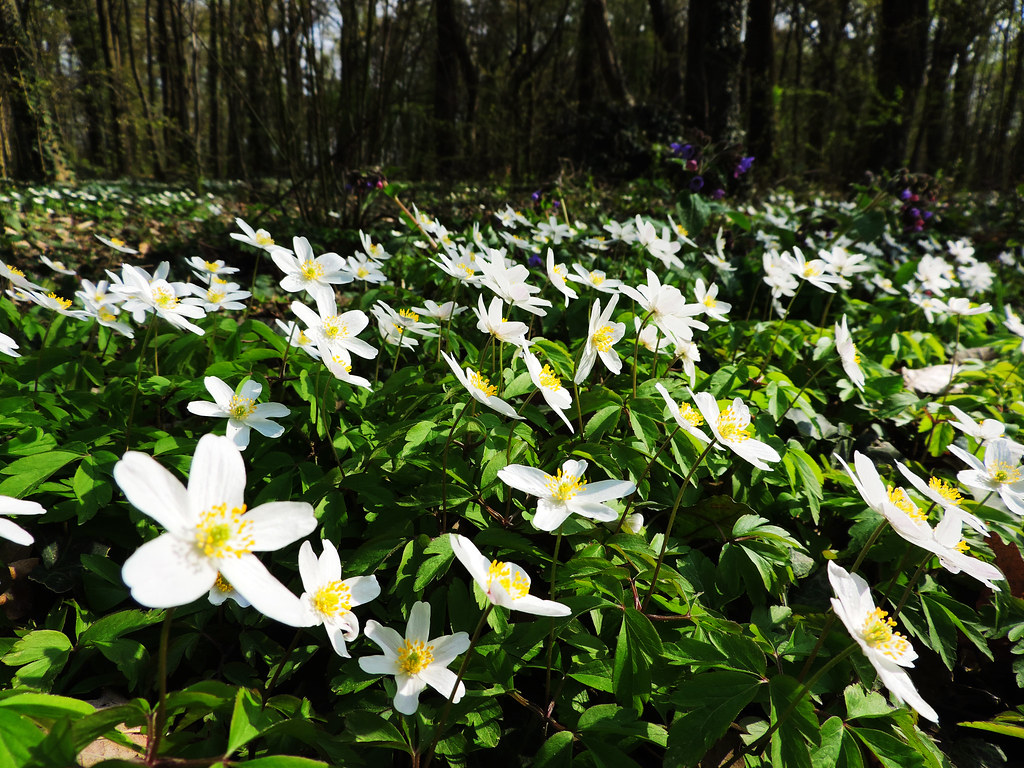 Our overall impression of Zagreb

There are those cities where we can’t really name significant must-see places, we just love the city as a whole. Zagreb is this one. We can highlight some buildings and squares which are famous and historical (the so called must-sees…), but our overall feeling in the city was that it’s just good to be there, walking on the streets and in the parks, staring at the lovely fountains and all the flowers. It might have also helped that we visited in spring when flowerbeds were colorful and trees were in bloom. 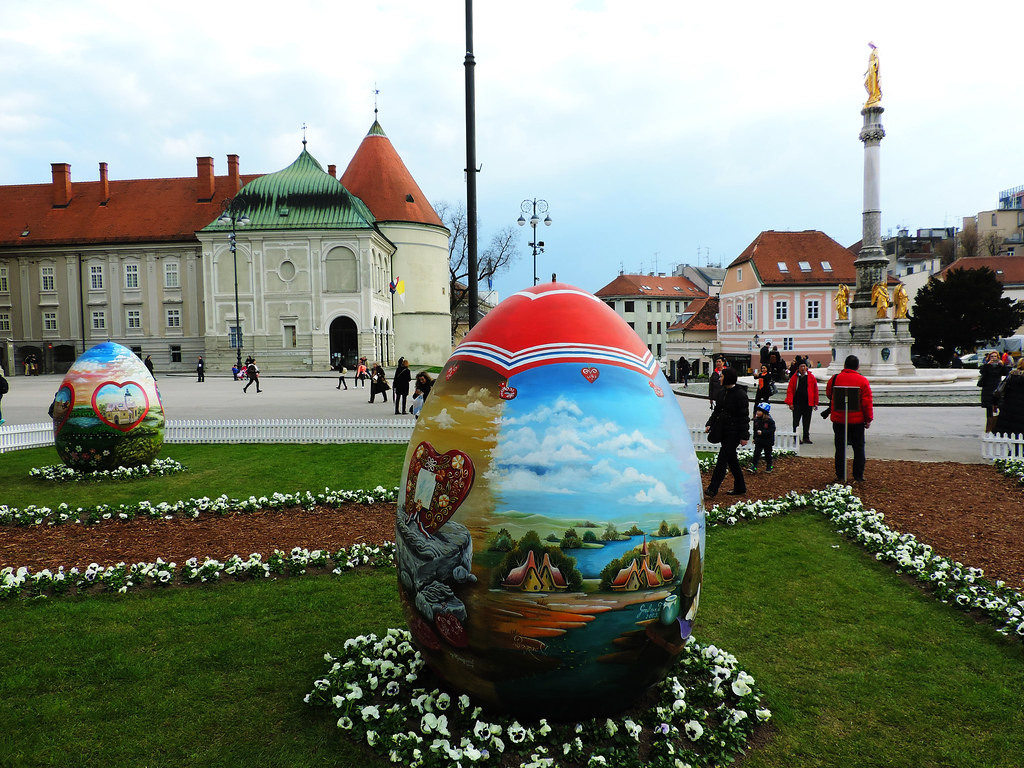 Zagreb is not the most famous or the most breathtaking Croatian city. In fact, several others were higher on our bucket list than Zagreb. But Zagreb was the closest to us, and we made such a nice weekend getaway visiting it! It might not be the highlight of your Croatian trip, but it’ll be a nice addition.

Have you ever thought of visiting Zagreb?