Are you looking for amazing architecture in Budapest? Take a walk in the Palace District! We could spend hours walking around and photographing the beautiful buildings there. Let us give you an insight – with lots of pictures.

Where is the Palace District (Palotanegyed in Hungarian) in the first place? It’s the western part of the 8th district in Pest, roughly from Astoria to Múzeum Avenue. While the 8th district is infamous for being one of the poorest districts of Budapest, the Palace District was the most prestigious place to live in the 19th and the early 20th centuries.

History of the Palace District 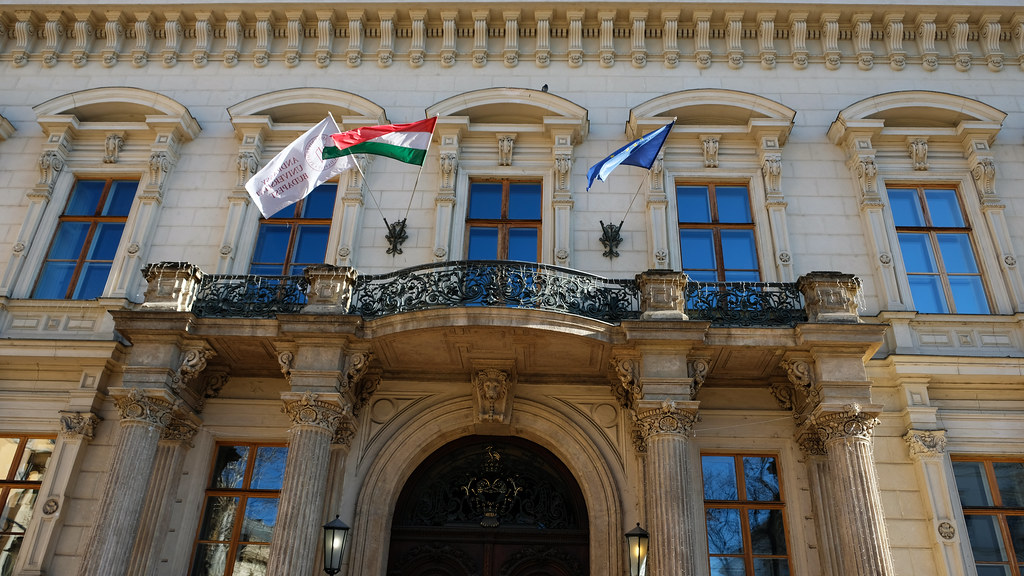 Aristocrats and wealthy families built their residences in the Palace District before the First World War. Even aristocrats from the countryside had their capital residences and spent winters there. Why winters? Because there was nothing to do in the countryside in winter, but it was the time of elegant balls in Budapest. They were not just pleasure activities. These balls were the venues to arrange marriages between the sons and daughters of the aristocrats. Budapest was the center of social life, especially in the ball season. 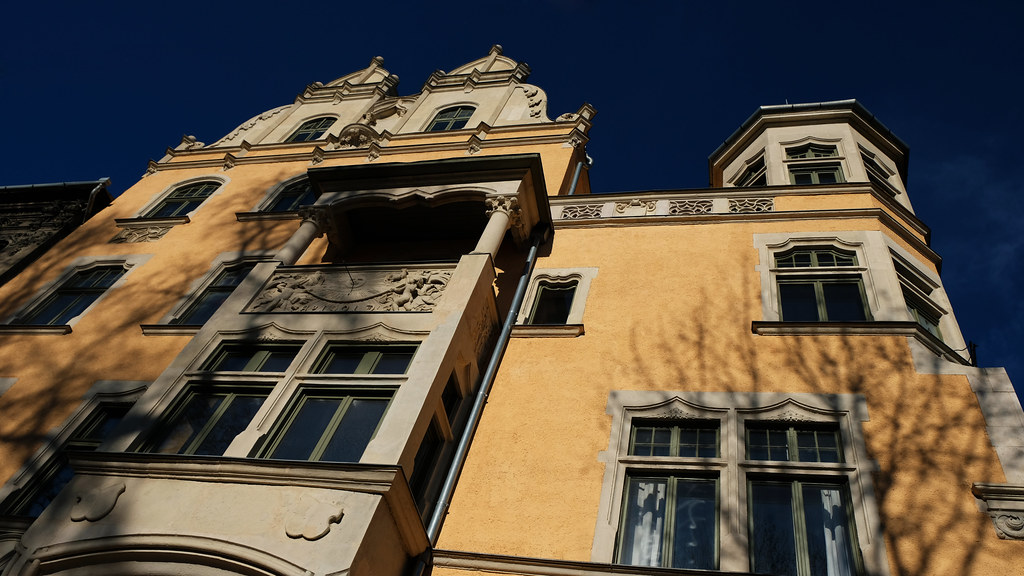 The Palace District was the home of Hungary’s elite at the time of the dual monarchy. The word palace is used in a less strict way as in English. The district has some genuine palaces built for aristocratic families and lots of spacious apartments built for the wealthy upper-middle classes.

The area was neglected during the communist era. But a surprisingly large number of buildings survived, and the majority of them have been nicely renovated by now. Some renovations are still due or in progress though.

Start your walk at the Hungarian National Museum 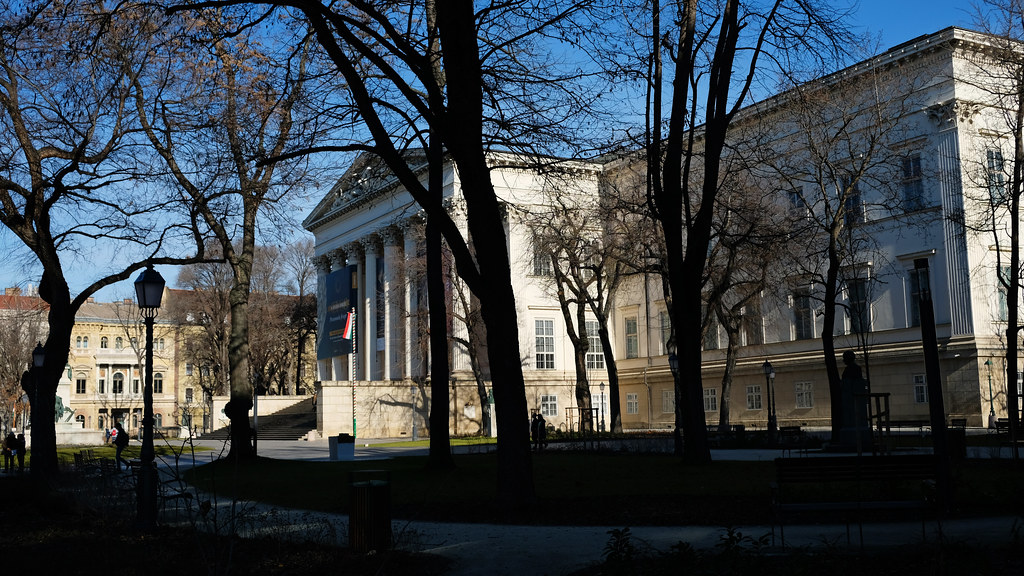 The magnificent Neoclassical building of the Hungarian National Museum is the highlight of the Palace District. Built between 1837 and 1847, this museum was used by members of the Upper House until today’s Parliament was built. Today it houses exhibitions about the history, art and archaeology of Hungary. 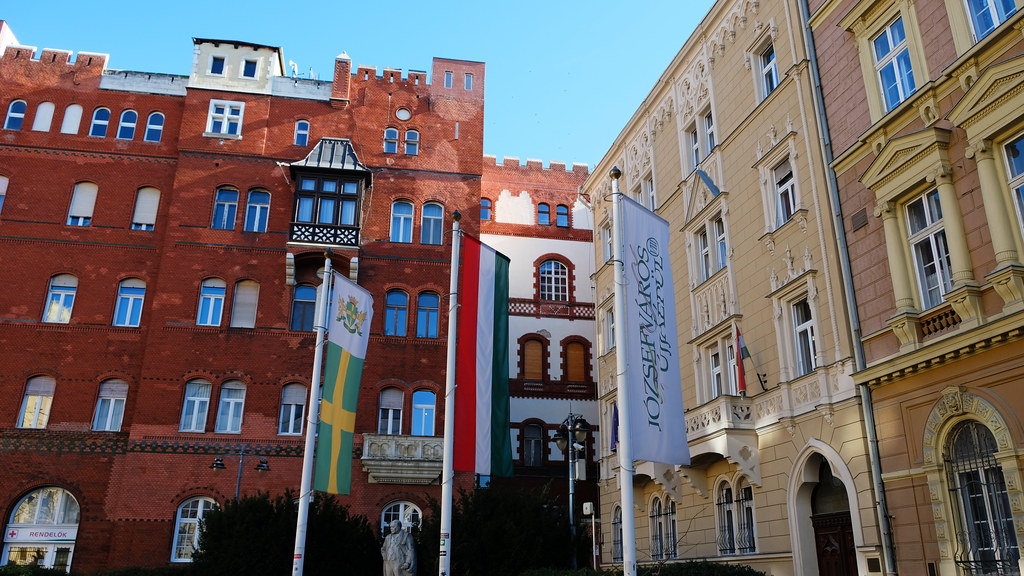 Hungary’s most famous architects designed many of the buildings in the Palace District. Viennese-born Mihály Pollack designed the Hungarian National Museum. Miklós Ybl – designer of the Opera House and the Basilica – designed five of the palaces (Festetics, Pálffy, Károlyi, Bókay and Odescalchi/Degenfeld-Schomburg Palaces). Ödön Lechner designed some of the Art Nouveau buildings.

Library in a palace? 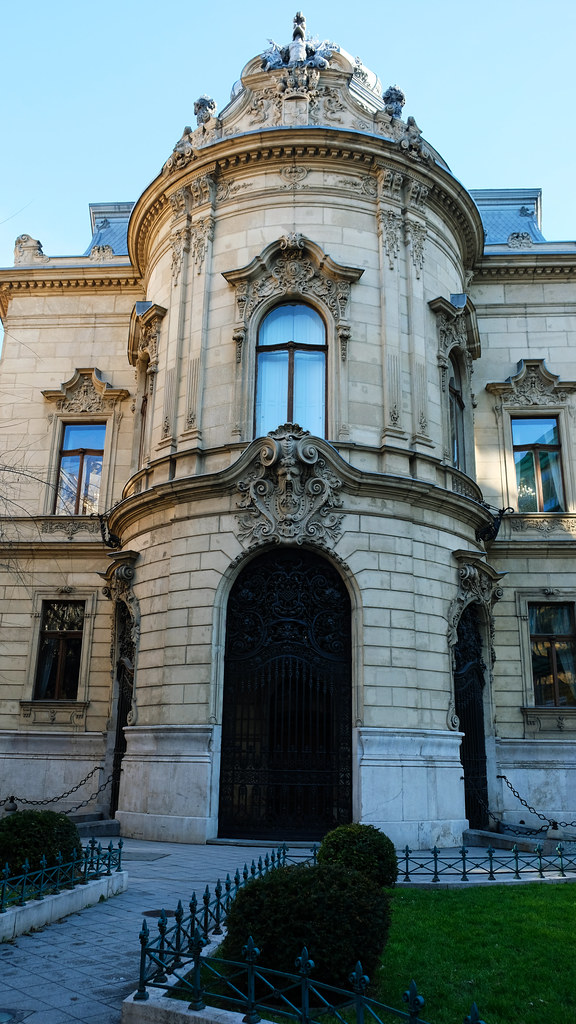 Old libraries easily charm us. The Palace District has an exceptional one: Wenckheim Palace houses Szabó Ervin Library today. This building is a mix of Neo-Renaissance, Neo-Baroque, Rococo and Biedermeier elements. And while most of the buildings in the Palace District can’t be visited, luckily this is an exception. It’s a public library, you buy a day ticket and go! And yes, its fabulous interior is full of learning students. 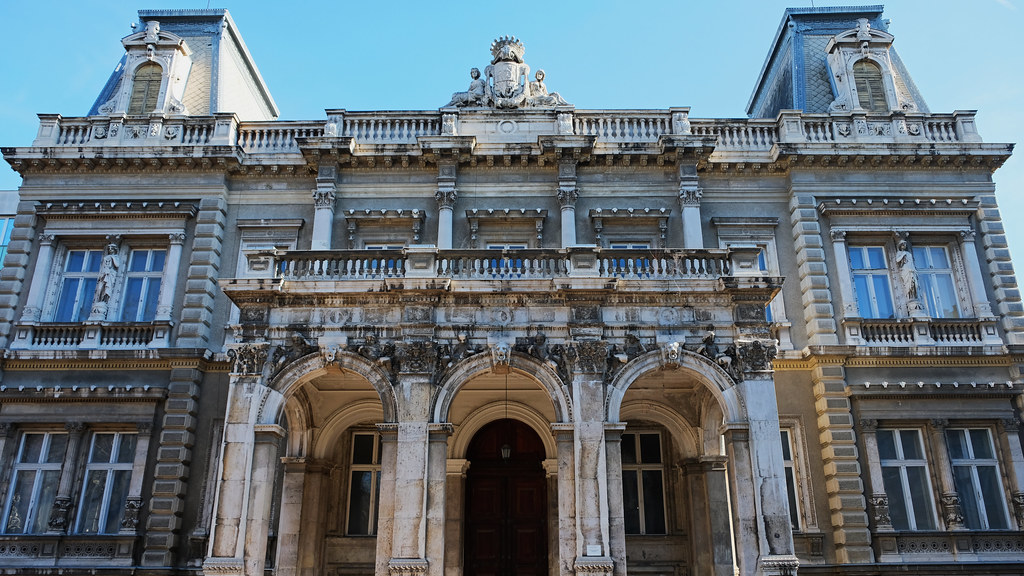 Such an elegant aristocratic palace in such a bad condition. Still it’s glamorous. It burned down in 1945, and it’s not yet properly renovated. But it’s right behind the Hungarian National Museum 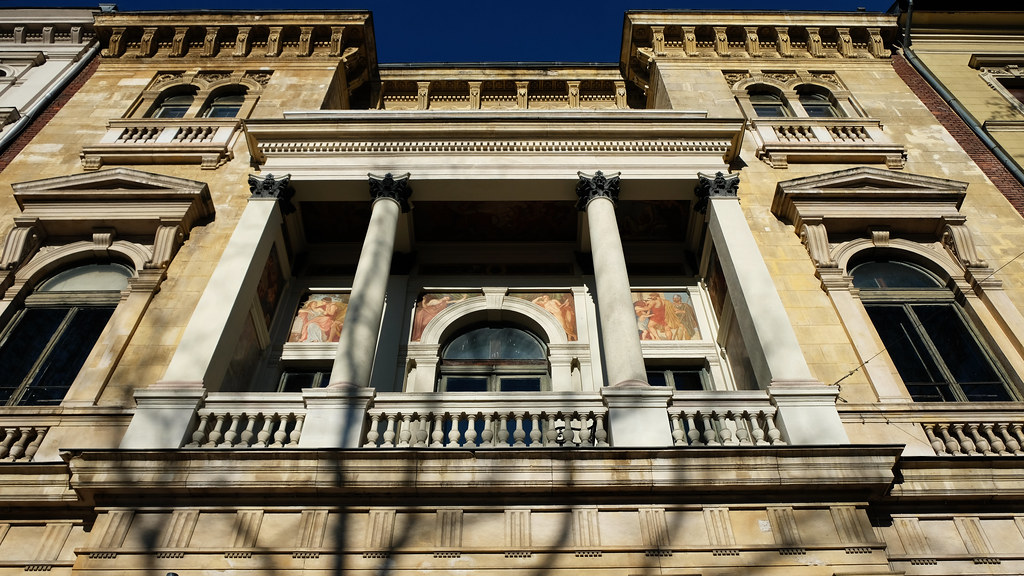 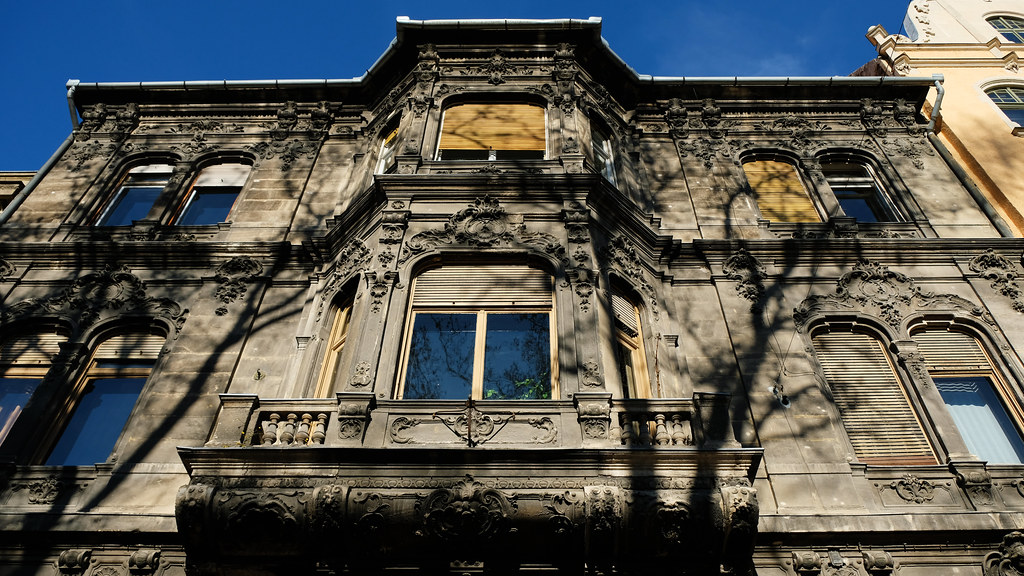 Pollack Mihály Square, Bródy Sándor Street and Múzeum Street are all worth walking along. Some gems to look for are: 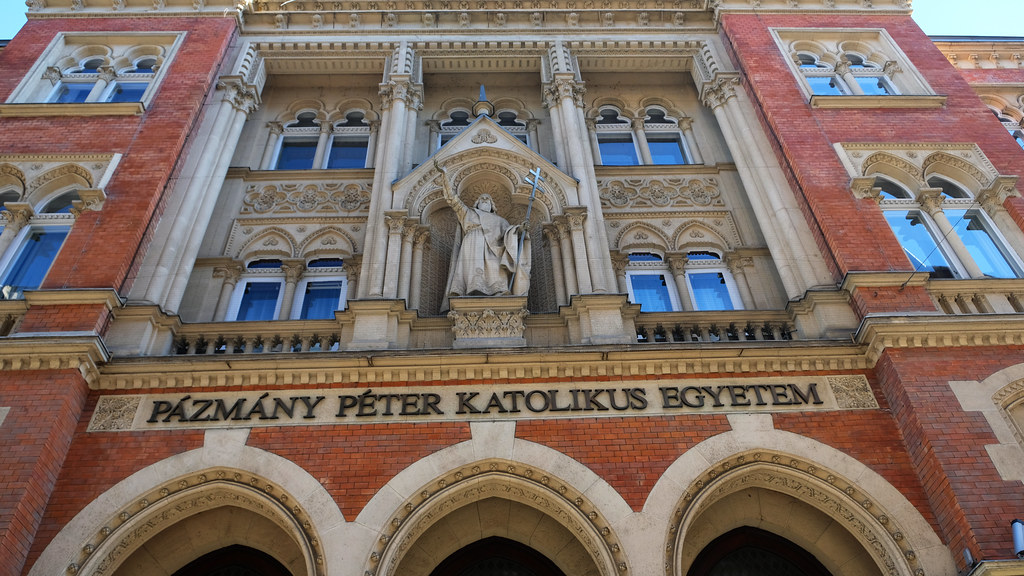 The Palace District is also home to important educational and cultural institutions – like Pázmány Péter Catholic University on Szentkirály Street or the Italian Cultural Institute at Bródy Sándor Street 8. The main church in the district is the Church of the Sacred Heart on Lőrinc pap Square. 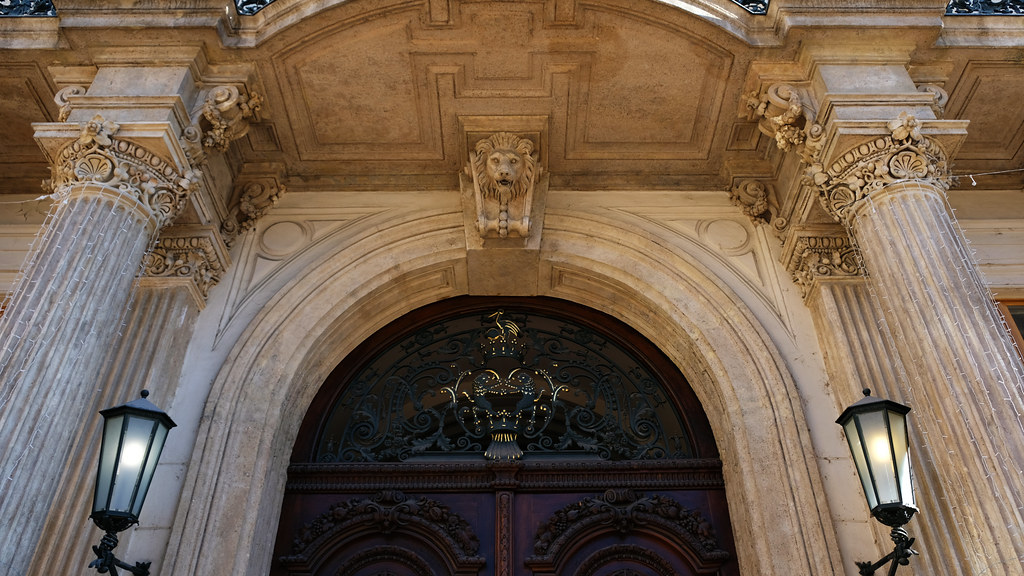 The Palace District is one of the most beautiful parts of Budapest. Its amazing buildings with exciting history made us fall in love so hard. Yet it’s not super touristy – and no tour buses can navigate those narrow streets. They’re for sentimental walks. 🙂

Have you been to Budapest? Which are your favorite sights?