Visit The Most Amazing Palace In Romania: Peleş Castle

Visit The Most Amazing Palace In Romania: Peleş Castle Peleş Castle was our favorite in all Transylvania – and it’s definitely among the best European castles we’ve ever seen. If there’s only one castle you visit in Romania, it should be this one (and not the Dracula Castle, nooo… more on that in a following post).

Nestled at the foot of the Bucegi Mountains, in the small town of Sinaia, this Neo-Renaissance castle was built for King Carol I who fell in love with this scenery on his first visit to the region. No wonder. 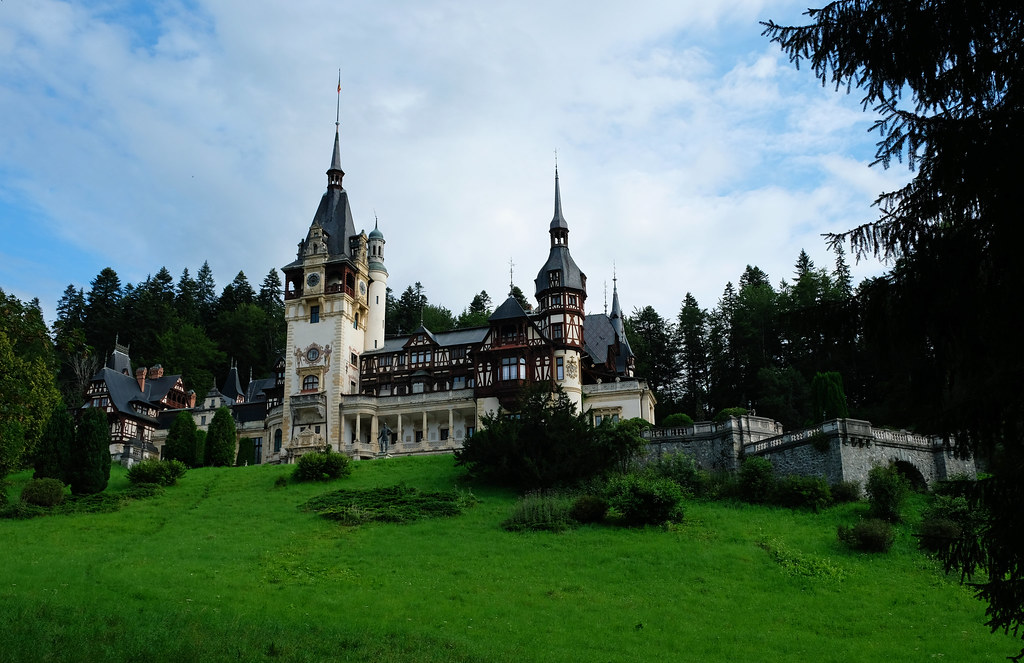 But if there’s something that’s even more amazing than the mountainous backdrop, it’s Peleş Castle itself. Both the building and its richly decorated interior took our breath away. The garden is no exception. It’s free to enter, and its fountains, stairways, marble paths, terraces and statues are quite majestic. 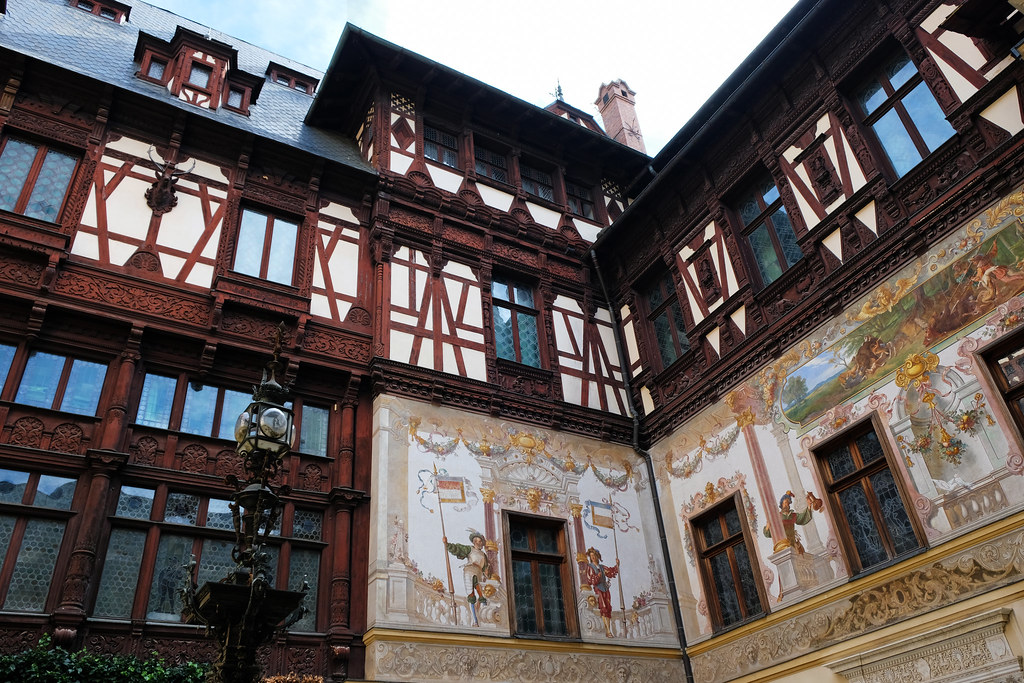 Peleş Castle has over 160 rooms (and about 30 bathrooms) – most of them lavishly furnished and decorated to the slightest detail. What we liked the most were the richly carved woods that decorated the halls and many of the rooms. They are not just impressive as decorative elements, but also give such a warm vibe to the whole castle interior.

The rooms also host fine collections of statues, paintings, furniture, armor, stained glass, ivory, fine china, tapestries and rugs. They are among the most valuable art collections in Eastern Europe.

Peleş is surprisingly young and modern 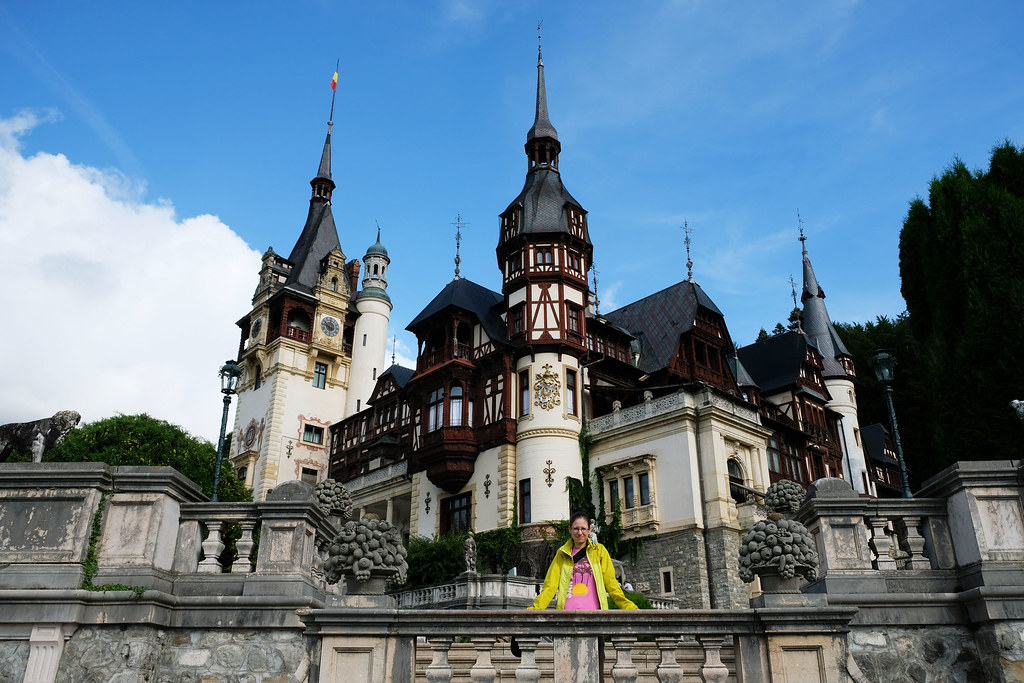 The castle was built between 1873 and 1914. Okay, it’s not such a long time ago, but do we except castles to have central heating and elevator? Peleș has both. It’s actually the first European castle that’s fully supplied by electrical power (locally produced, by the way).

Though the castle was confiscated by the communist regime, it was returned to its original owners, the Royal Family in 2007, after a long judicial debate. It’s open to the public from 1989, and the Royal Family agrees to preserve it as a museum. 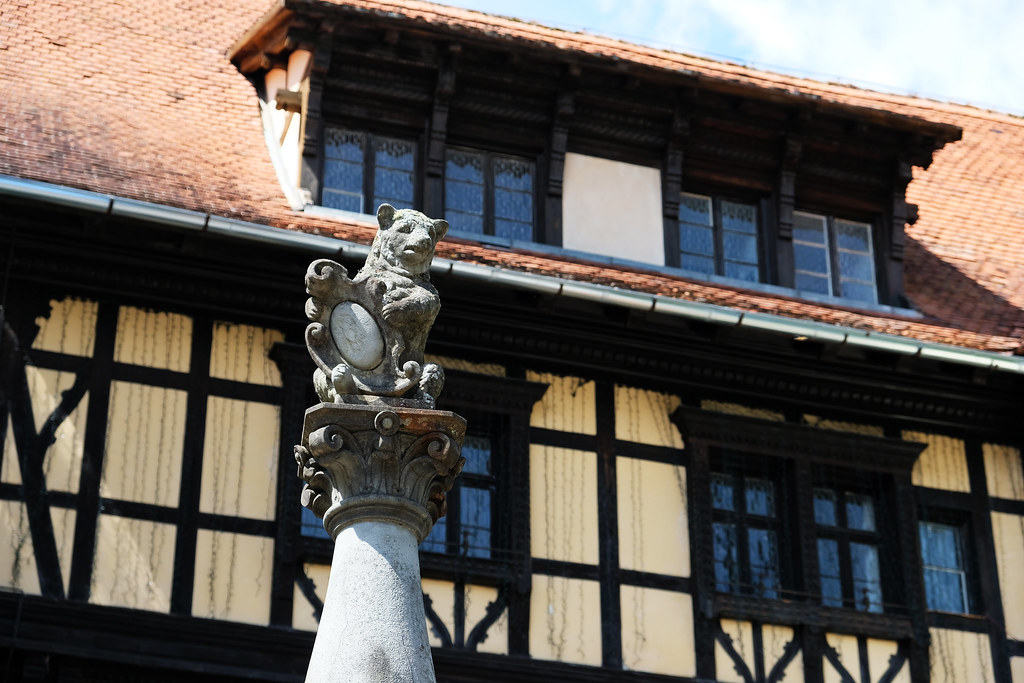 First of all, don’t make the same mistake as we did and attempt a visit in the summer. Both the castle and the castle grounds are incredibly crowded during summer. It reminded us of our visit to Versailles Palace, except things were less organized here. Peleş Castle is clearly not ready for such a high number of visitors. There are not enough parking spaces, ticket offices, toilets.

There’s no option to buy or book your ticket online when visiting the castle as an individual. We arrived to the ticket office 45 minutes before the opening time – and we were not the first ones. Still it’s worth getting there early, because the queue will only get longer. Much, much longer. You can check the opening hours on the official website of the castle here (translate the site to English).

Visit the interior with a guided tour 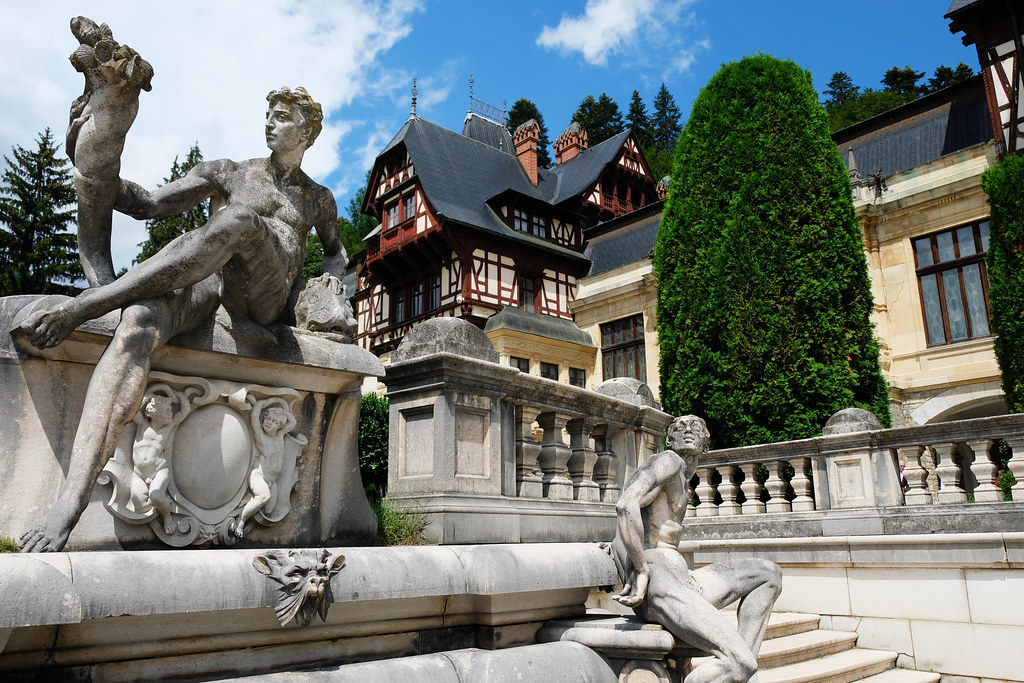 The interior can be visited with a guided tour only. Guided tours run frequently in several languages. However, it was a nightmare to figure out which guided tour starts exactly where and when. Since this information was not posted anywhere, all we could do was asking the somewhat irritated staff. I can understand that being asked the same thing the hundredth times within 10 minutes is irritating. But why this information can’t be seen anywhere? We have no idea.

We bought the ticket for the “optional tour” which includes both the ground and the first floor. We knew that once we get in, we want to see as much of the rooms as we can. And they are amazing – on both floors. 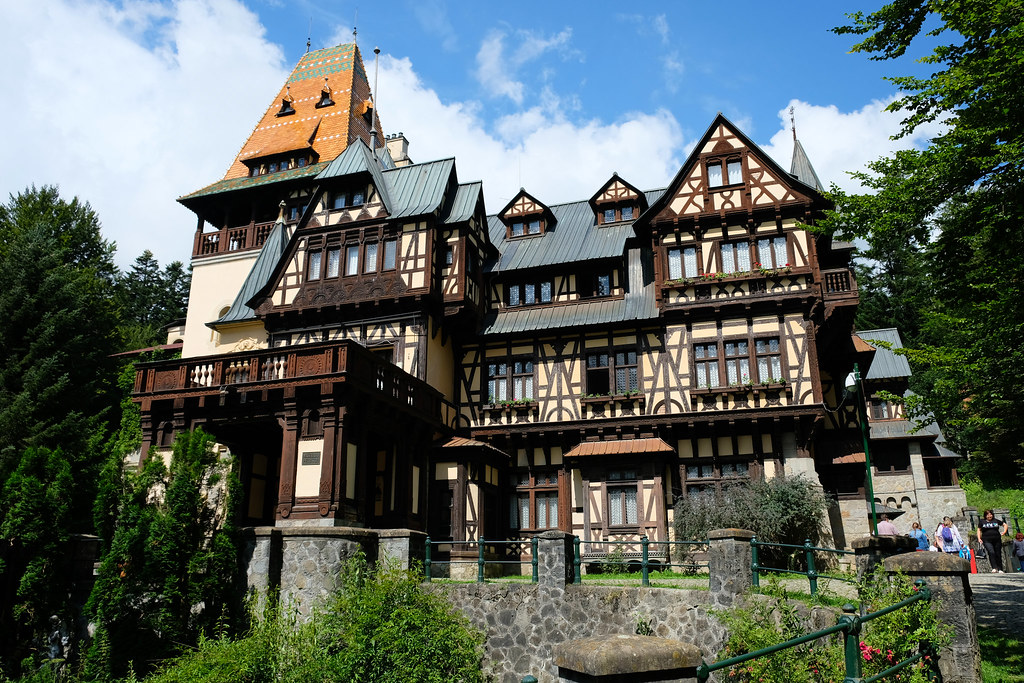 Pelişor is the small sister of Peleş. It’s right next to it, they are actually part of the same complex. Art Nouveau style Pelişor Castle is much smaller though, it features only about 70 rooms. (Hey, we’re talking about castles here, that is small.)

We have to admit that we didn’t visit its interior, and we regret it. It hosts fine collections of furniture and glassware, and after what we’ve seen in Peleş, we’re sure it looks pretty. But after all the hassle to get our tickets and find our guided tour to Peleş, and all the crowds that surrounded us for hours inside and outside of the castle, we didn’t feel like taking another tour that day.

What’s the conclusion for you? If you want to visit Pelişor Castle, buy the tickets the same time you do for Peleş Castle. Otherwise you have to stand in the same line twice.

Have you been to Transylvania? Any castle there that you fell in love with?