Székesfehérvár is one of the most ancient cities in Hungary. It was already a settlement in the Roman times. It was the royal seat of Hungary’s first king. It still has the remnants of its old city walls today – and a charming Old Town surrounded by them.

Located so close to Budapest (about an hour by train or bus), it could be a perfect, exciting day trip. And we could only encourage you to explore our country beyond Budapest!

Gems of the Old Town of Székesfehérvár 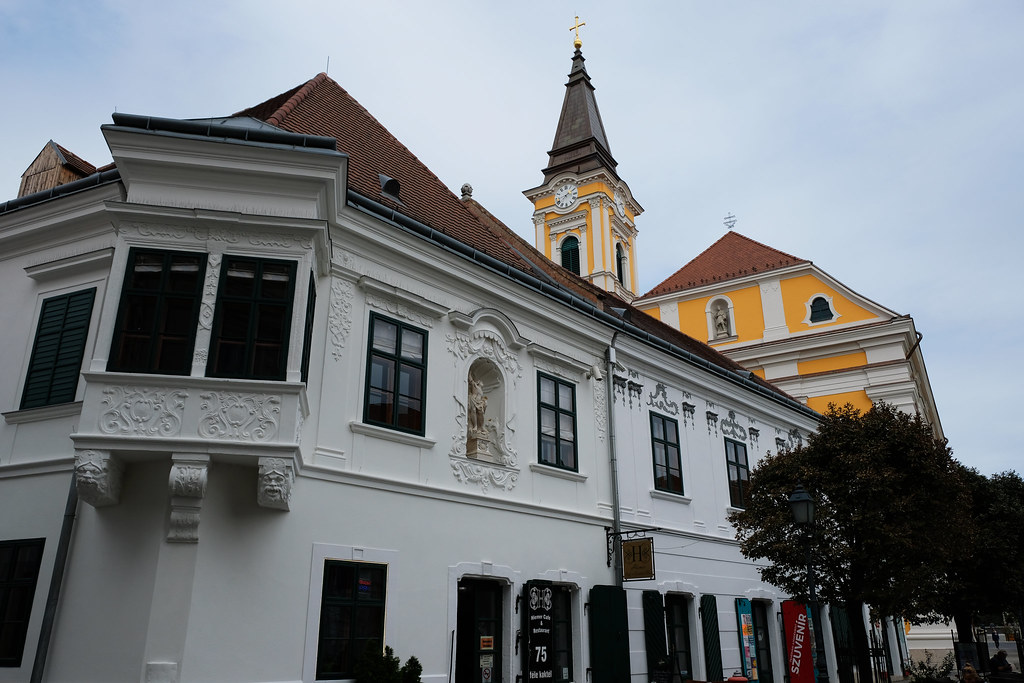 The Ruins Garden of the Coronation Basilica is one of the most important national memories in Hungary. This is where countless Hungarian kings were crowned and buried.

The Old Town also impresses with large churches tucked between pretty Baroque and Rococo buildings. Hiemer House with its enclosed corner balconies is the most beautiful example of 17th century Baroque architecture. 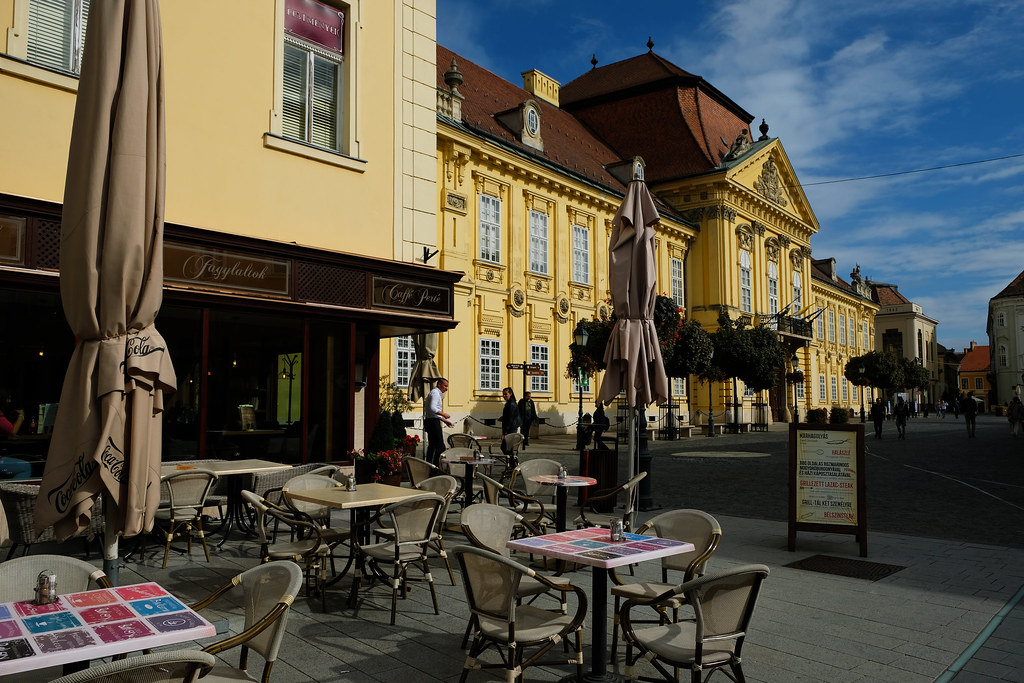 The narrow walking streets are full of restaurants, flowers, benches and fountains. From time to time we stumbled upon romantic little inner courts. 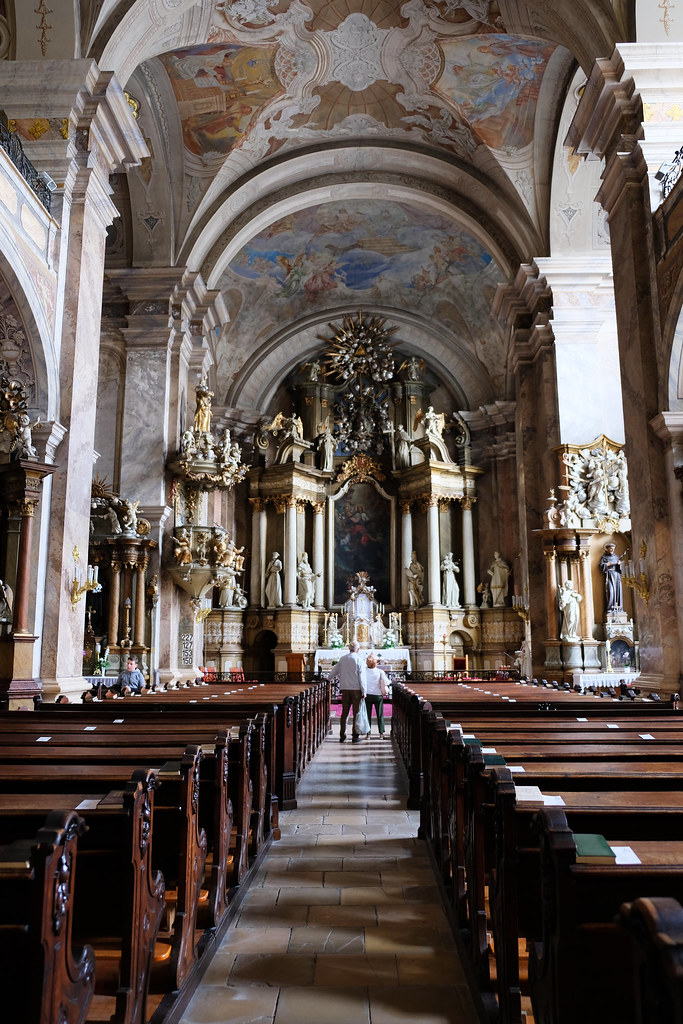 Three lions hold an Orb above a well-fountain on the Town Hall Square. This statue symbolizes the crowning of King Saint Stephen, Hungary’s first king. 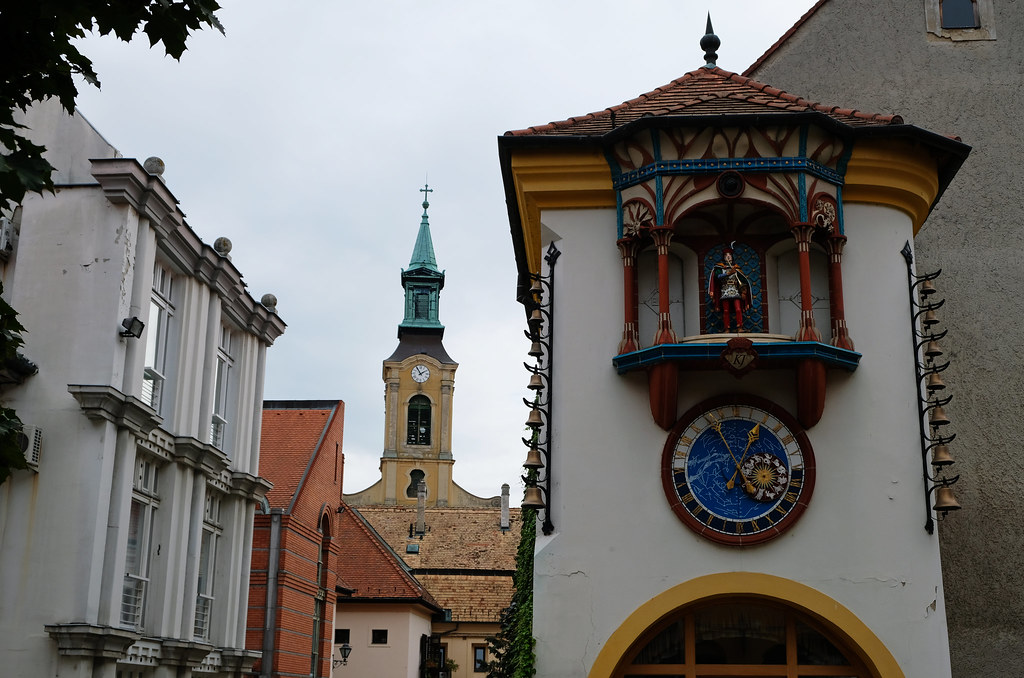 Another gem is the old Clockworks. It represents the kings and well-known figures of Hungarian history, and they appear every two hours starting from 10 am. With music, of course – and with church bells ringing all around.

Does Székesfehérvár have a thermal spa? 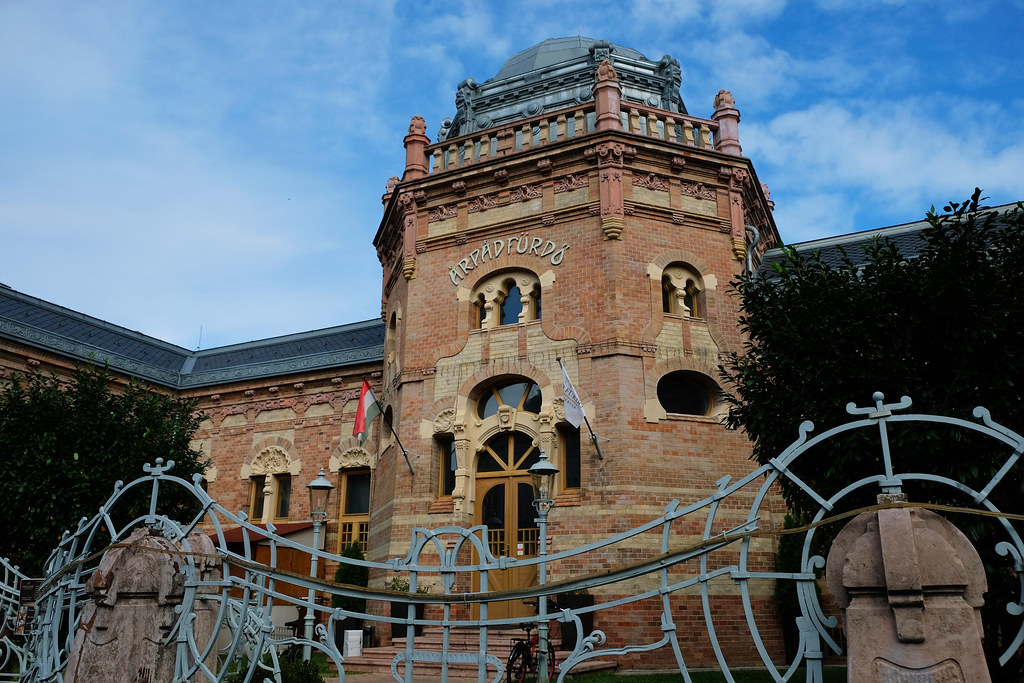 Of course! You have a good chance that this question will be answered with ‘yes’ for most larger (or even smaller) Hungarian cities and towns. Székesfehérvár is no exception. Art Nouveau style Árpád Bath has been renovated recently (in 2010), and it offers different kind of baths, massages and saunas. Its most spectacular feature is the Turkish bath. 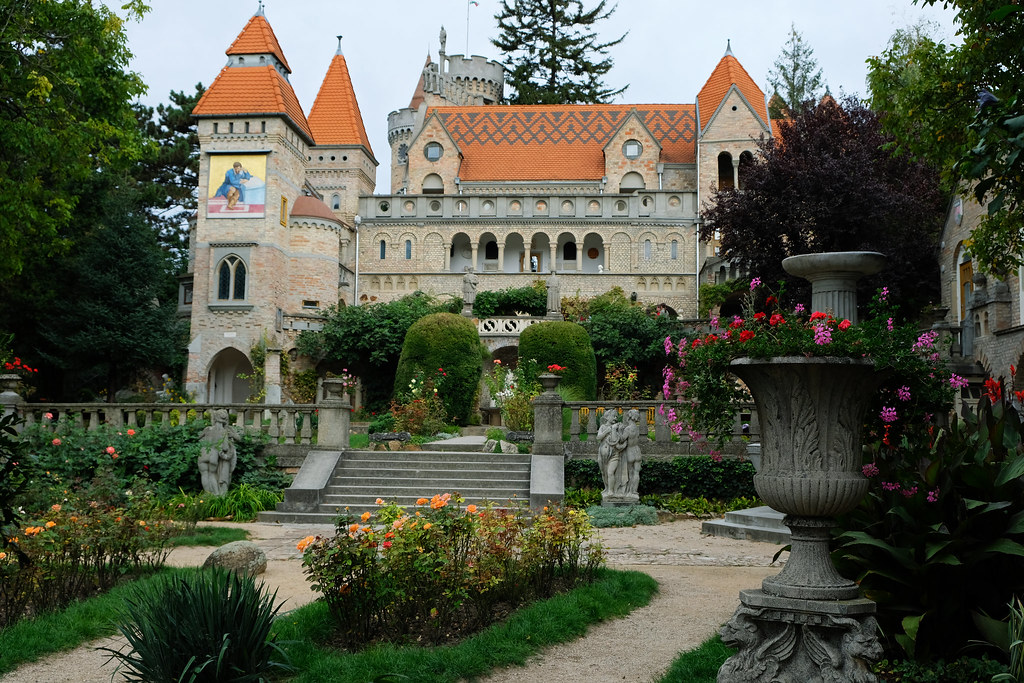 But our favorite sight in the city was Bory Castle. It’s a bit further from the city center, and it’s not a real castle. Its name was not familiar to us from Hungarian history, and unlike all the medieval castles in the country, this one is not in ruins. Well, this is because it’s not a historical monument. It’s a monument of art and love. 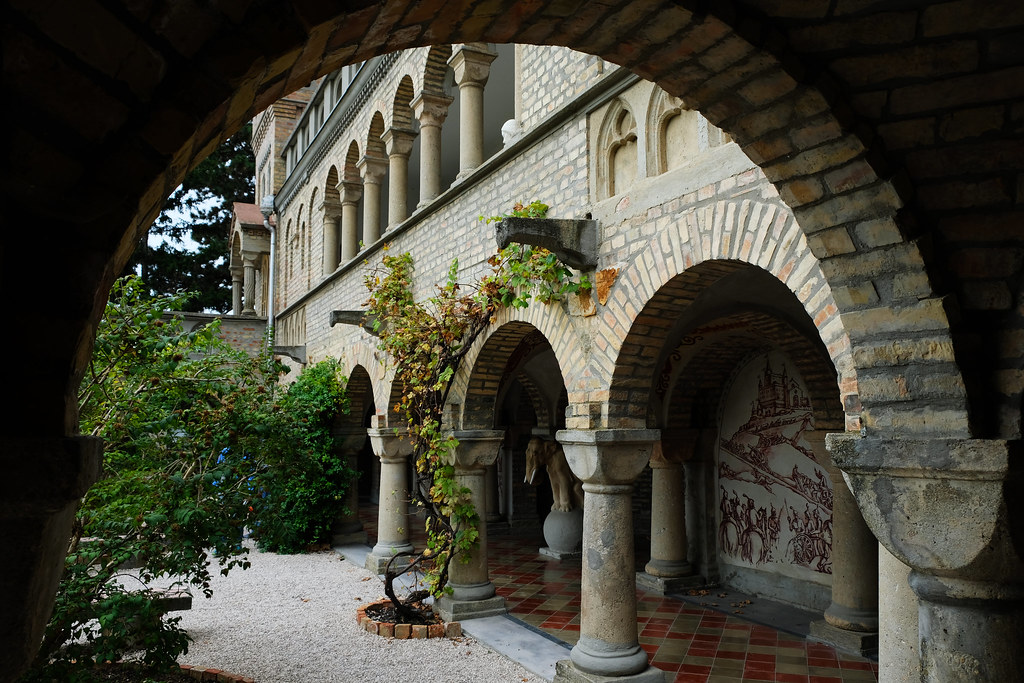 Jenő Bory, an architect and artist built it in the 20th century – based on his own design, and mostly with his own hands. It’s a memorial for his love and his dreams. It was not only the home of Bory family, but also an art studio. Today this studio tells the story of Jenő Bory’s love, and we can also see works of his wife, Ilona Komócsin, who was a painter. 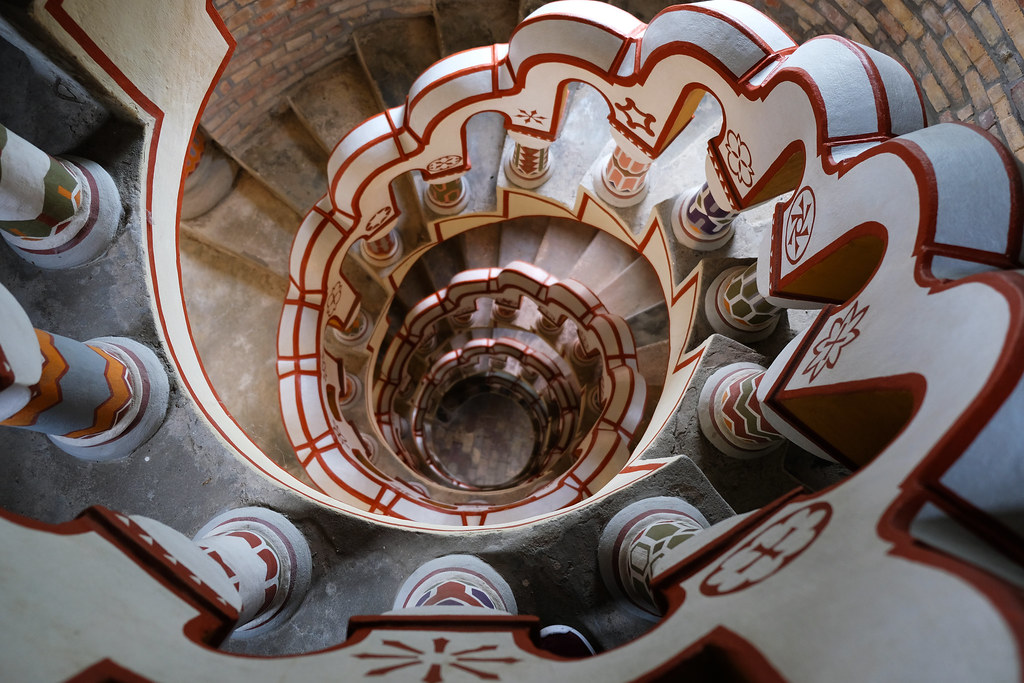 Narrow, romantic paths lead to hidden corners of the castle garden where we could find love poems carved into stones. Well, yes, this is the place for the lovers and the dreamers. Both the castle and its story is so romantic. And just to make us feel like we were in a real fairy tale, the castle has seven towers. 🙂 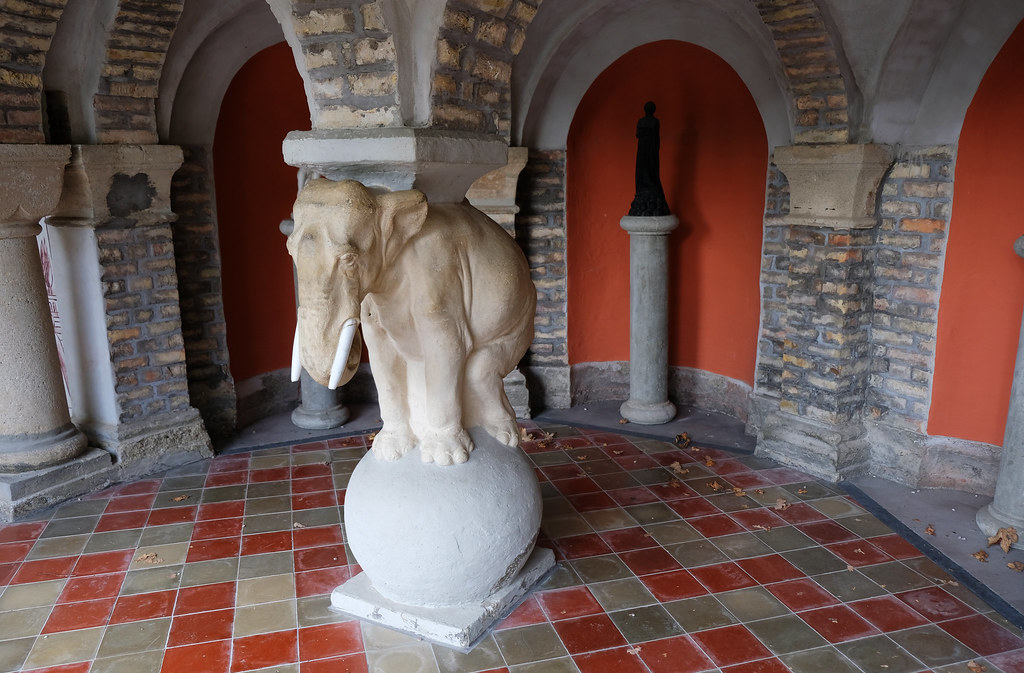 You can visit it from March to November.

So are you tempted for a visit?