We spent very little time exploring cities on our first visit to Australia. We were eager to see its unique and beautiful natural treasures, and we thought the best way to experience this vast country is being out there in the wild. No regrets there. We could only recommend doing that, especially if you like hiking, or chilling out on wonderful abandoned beaches. Or meeting kangaroos and koalas. 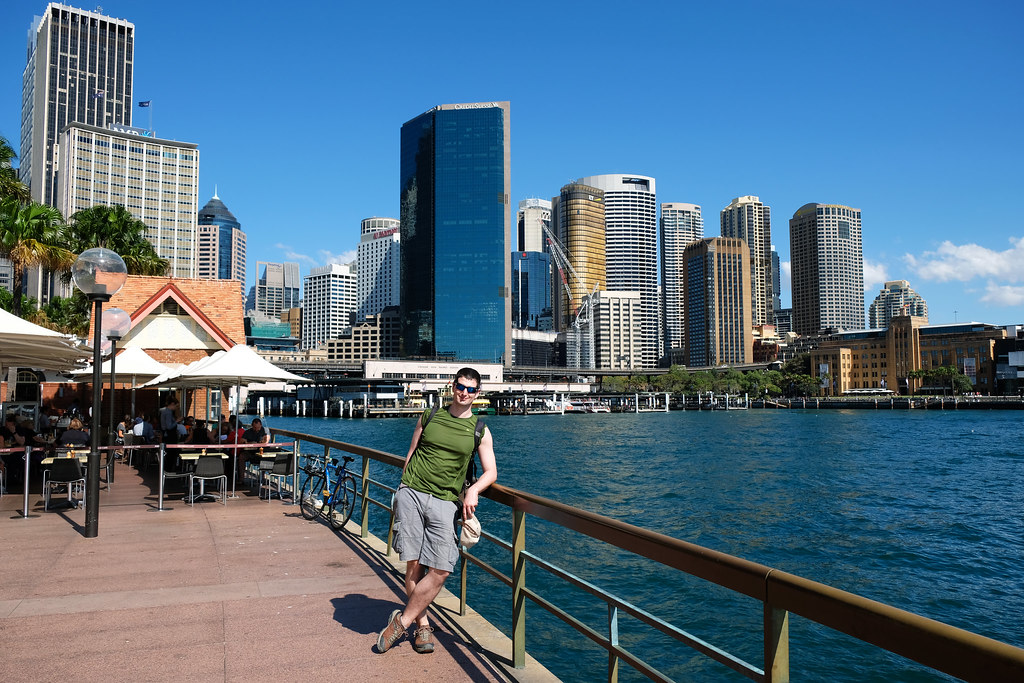 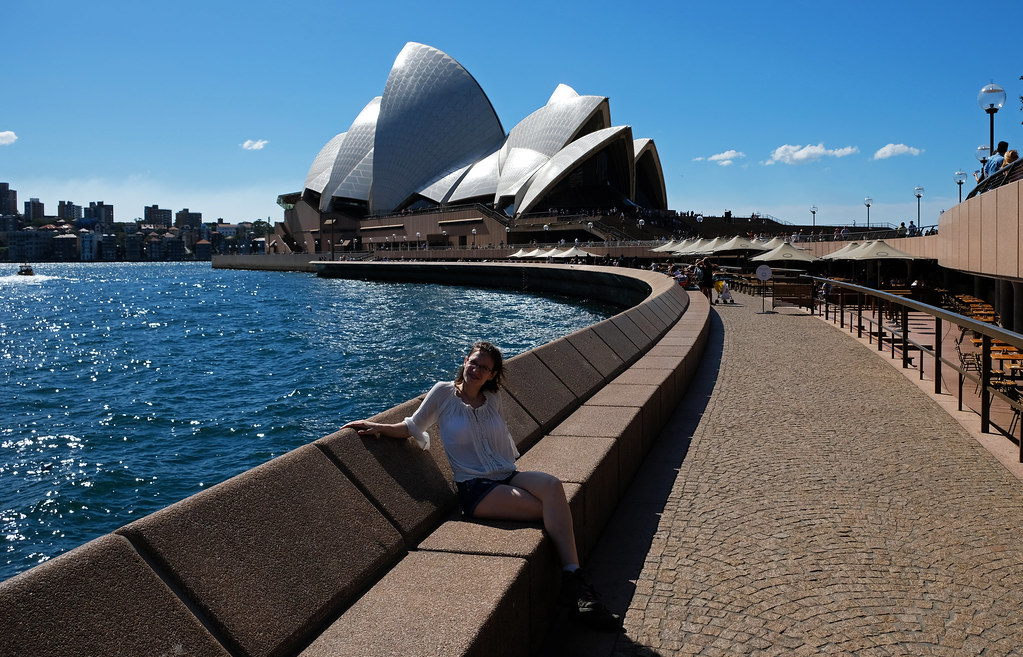 But we also liked Australian cities. And Sydney turned out to be our favorite of all – I mean all what we’ve visited on the Eastern coast which were Melbourne, Sydney, Brisbane and Cairns. We spent 2 days in Sydney. While it’s definitely not enough to see everything interesting there, we did see the highlights, and we did fall in love. And 2 days are actually very long when we consider all the places worth exploring on the Eastern coast within 3 weeks. 😛

So let us show you all the good things that can fit into 2 days in Sydney.

A scenic ferry ride to Manly 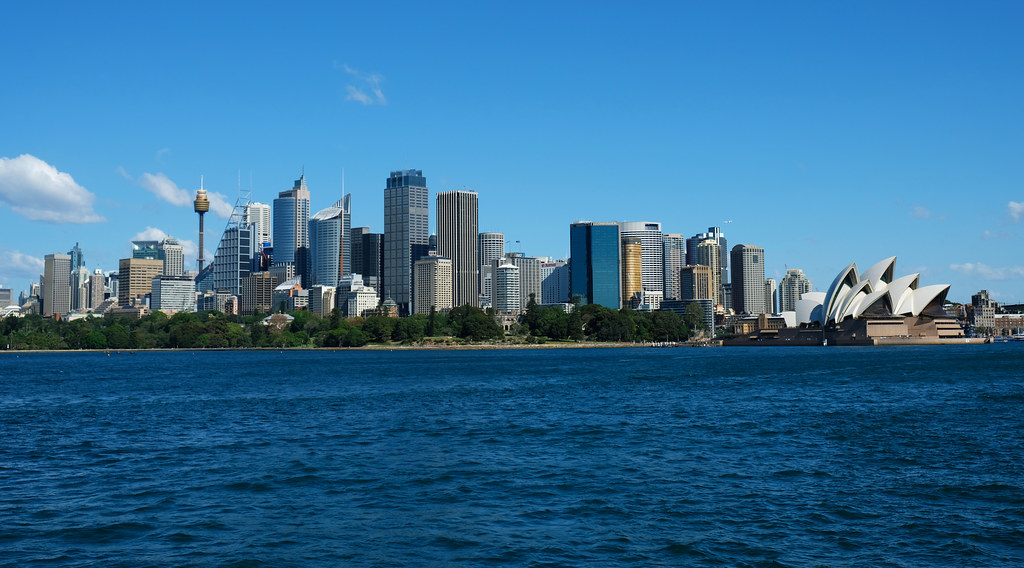 Our very favorite panorama of Sydney was actually from the ferry that we took from Manly to Sydney. We stayed in Manly, and it was great for several reasons. First of all, we got into Sydney’s center by ferry, and it’s a really scenic ferry ride. (An added bonus was that we avoided driving into the city center and getting stucked in traffic this way.)

Then Manly itself is a nice place, it’s kind of the “holiday district” of Sydney. It has nice beaches, pretty streets, a relaxed vibe, a university that looks rather like a castle, and parks that offer views of Sydney’s skyline.

We recommend taking this ferry even if you don’t have anything to do in Manly, because the views are so gorgeous! Then you can take a walk in Manly and get back, enjoying the views again. 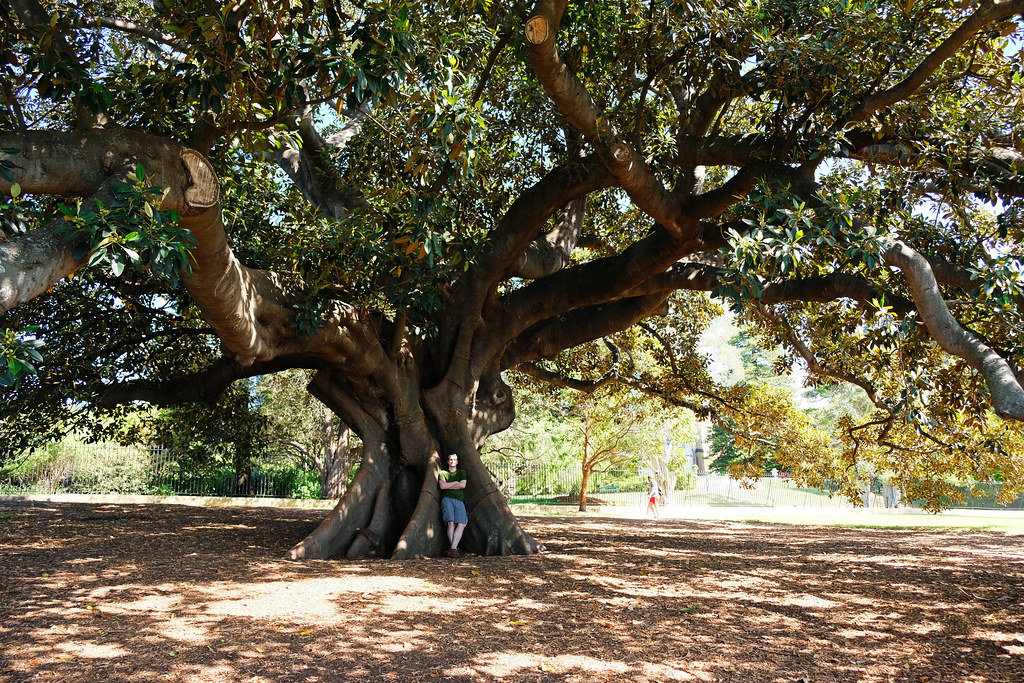 Our next favorite attraction was the Royal Botanic Gardens. You might think that, well, it’s just a park after all, and there are a lot of parks in the world. But guys, this is one of the most amazing urban parks we’ve ever seen. Not to mention it’s the oldest botanic garden in Australia (opened in 1816), and one of the most important ones in the world. Good things still don’t end here, because it’s open every day and is free to enter. 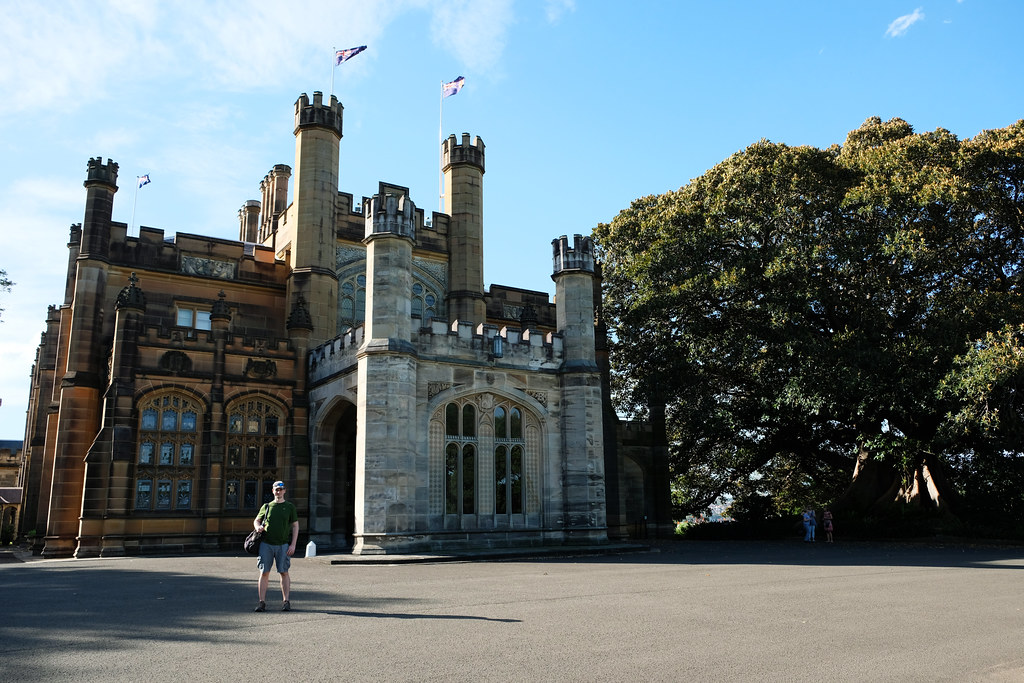 There’s an incredible selection of plants in this garden: from native Australian plants (and let me tell you Australian plants are quite extraordinary) to palms, roses, herbs, tropical plants and cactuses. In addition, as we walked around, we got pretty views of the skyscrapers of Sydney’s central business district. We could have easily spent a day only in the Royal Botanic Gardens, and the only reason we didn’t is because we thought we might give some attention to other places, too. A little bit of attention at least.

But before leaving, we walked to the Government House that’s located at the edge of the park. It’s a good-looking historical building, home of the first governor, and it has a nice formal garden, too. 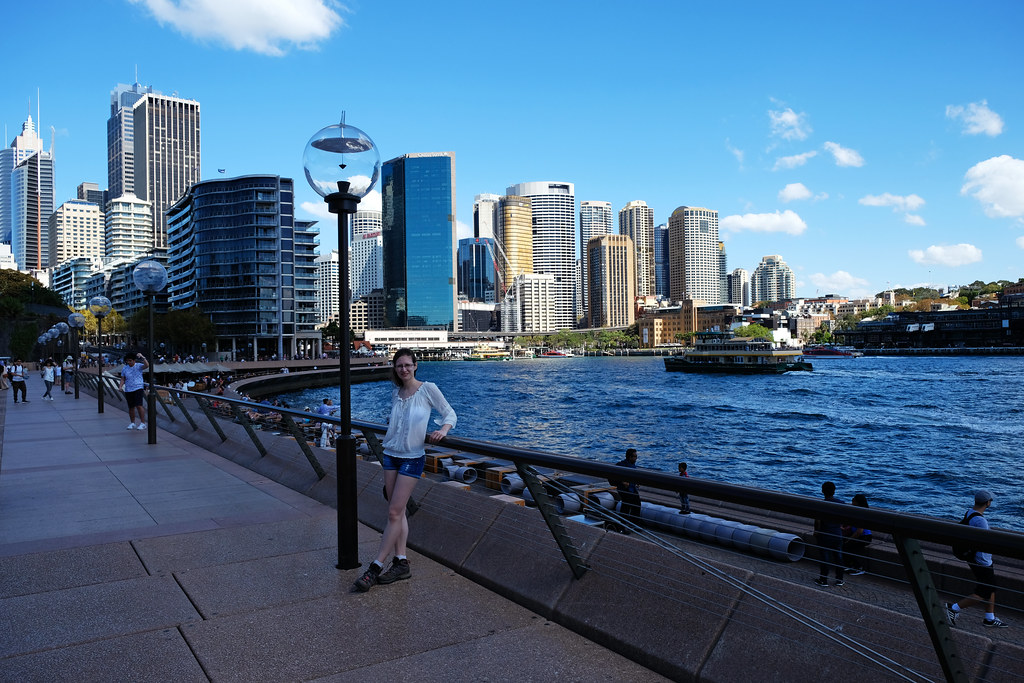 Circular Quay is Sydney’s harbour. This is where our ferry from Manly arrived, and in addition to its busy ferry terminal, it’s actually also an international passenger shipping port. It’s buzzing with life, full of shops and restaurants and, of course, people. Its most famous landmarks are the Sydney Harbour Bridge and the Sydney Opera House. 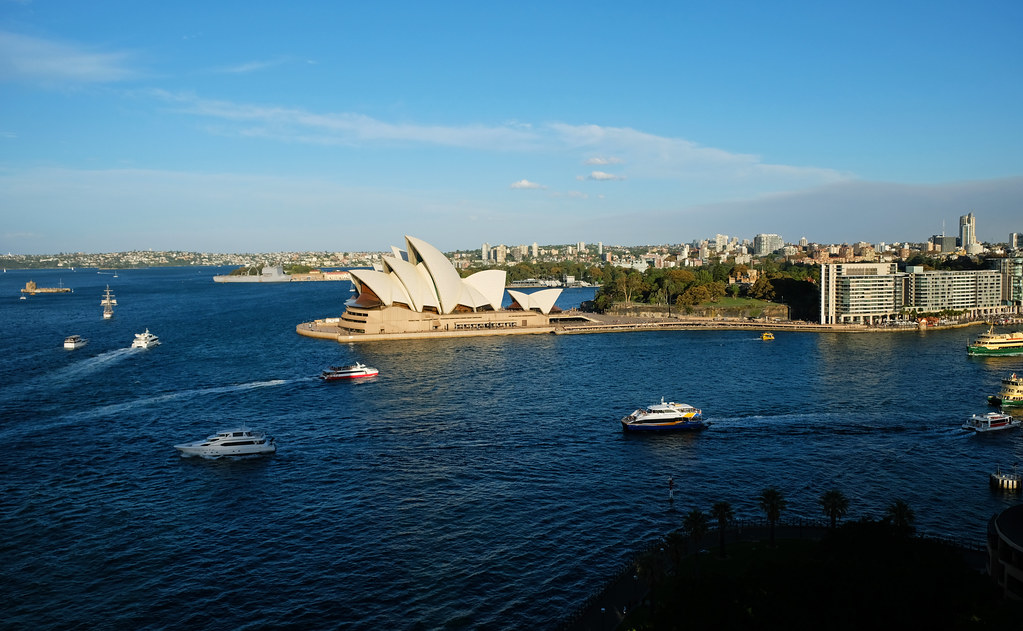 As for the Sydney Harbour Bridge, it’s also worth a walk. It offers views above the harbor and Sydney’s central business district in the background. While the views are great, we could only see them through a fence that’s there for safety reasons all along the bridge. Still it took away from the experience quite a bit for us.

Walk in The Rocks 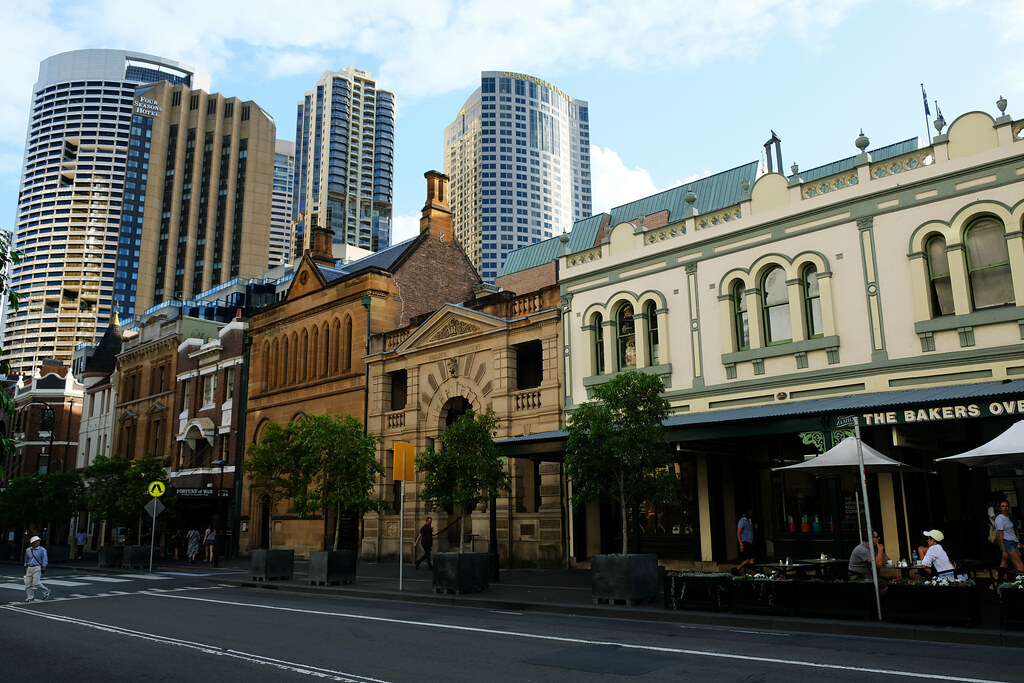 Behind the Sydney Harbor Bridge lies The Rocks, Sydney’s oldest district with historical buildings, open-air markets, fancy restaurants and pubs. We are certainly too used to European old towns (should I say we are spoiled?), and for those standards The Rocks is not really that old or historical. But it’s a pleasant place to take a walk. 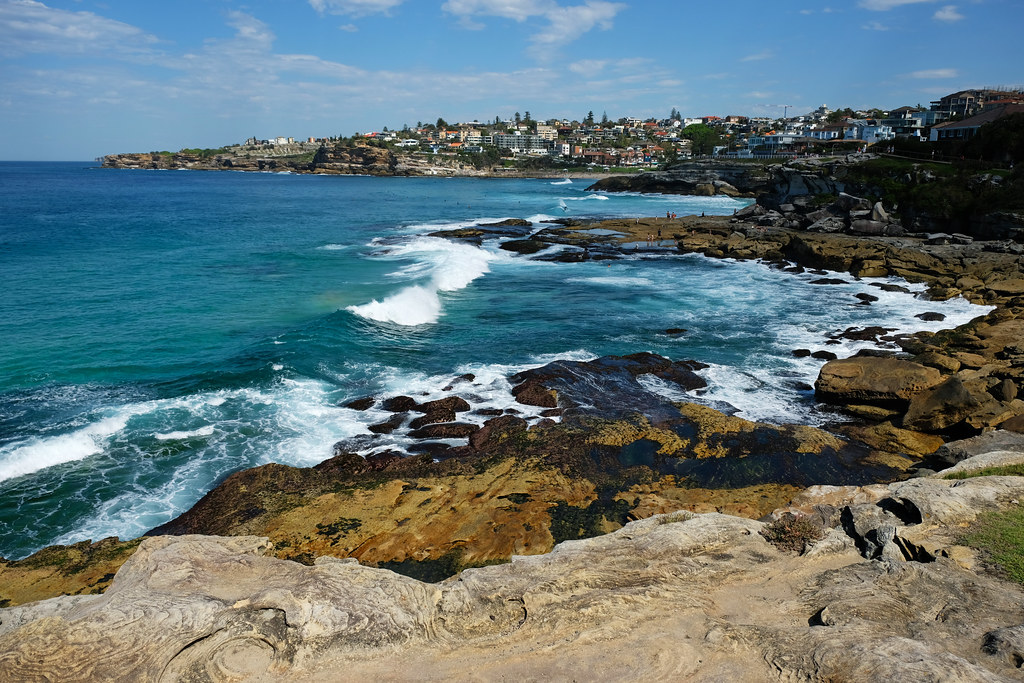 Large cities usually don’t have very appealing beaches, but there are a few exceptions. Sydney is definitely one. Actually, I have to admit that out of the 2 days we had in Sydney, we spent almost a full day on the beaches – without any regrets. They are that fabulous!

We did the coastal walk from Coogee Beach to Bondi Beach. It was hard to believe that such a scenic, beautiful walk is actually a city walk. We started with a swim at Coogee Beach, and we stopped several times later, too, to have some beach fun. Clovelly Beach, Bronte Beach, Tamarama Beach and Bondi Beach followed each other as we walked along the coast. That explains why this walk took almost the whole day. But it became one of our favorite short coastal walks in Australia. We think it’s fascinating to discover this face of Sydney, and it was well worth our time.

Finally, another spectacular panorama that’s worth seeing. At 309 metres high Sydney Tower is the tallest building in Sydney. It offers a stunning 360-degrees view of the city and its surroundings. We waited until it got dark so that we see the night panorama of Sydney from above. It was a proper goodbye.

Have you been to Sydney? What are your favorite attractions there?