We haven’t actually planned a trip to Amsterdam but we ended up there. It’s one of those famous European cities we knew we’d end up visiting anyway sooner or later. We stayed in Eindhoven and since it’s so close to Amsterdam we couldn’t miss it. If only for a day. But even one day was enough for Amsterdam to charm us. We heard a lot of good things about it and we found that all those things were true, yet we constantly felt surprised.

It’s pretty and vibrant and cool. It’s a city that has a heart and one that stoles a heart easily. Here’s why. 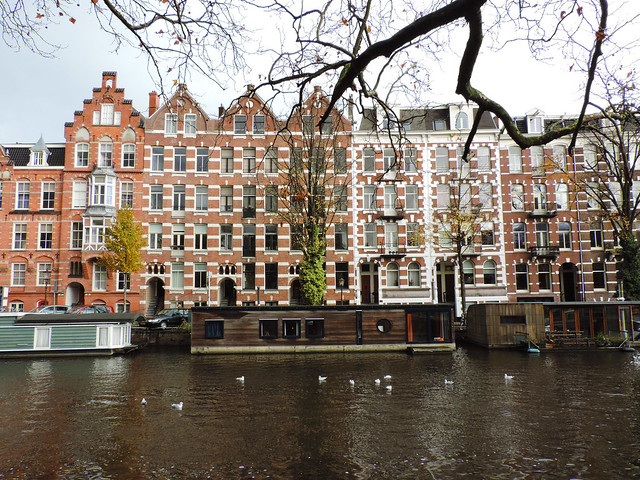 They are on the UNESCO World Heritage List and everyone says they are so charming. They are! No matter what we expected, they were even more charming. We just couldn’t get bored of walking along the canals, staring at the narrow houses and cute cafés. Oh, and the street lamps. Anyone else out there who is obsessed with taking photos of old street lamps? 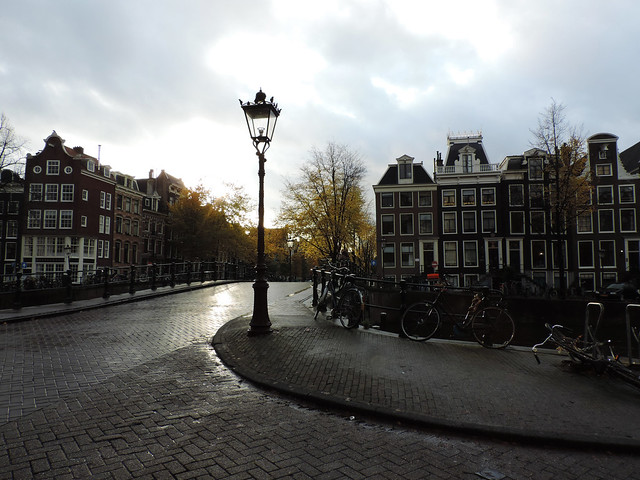 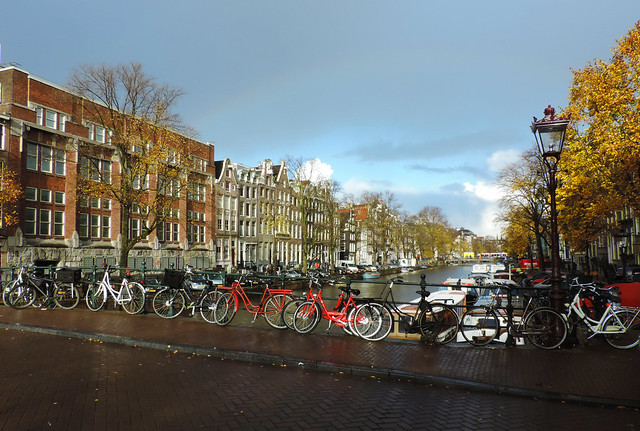 Yep, this is a stereotype that Amsterdam is one of those cities that are full of bikes and bikers. Wherever we looked there were bikes on the streets in incredible numbers. Bike lanes were busier than the road for cars. No matter the wind, no matter the rain. They just change the atmosphere of the whole city. 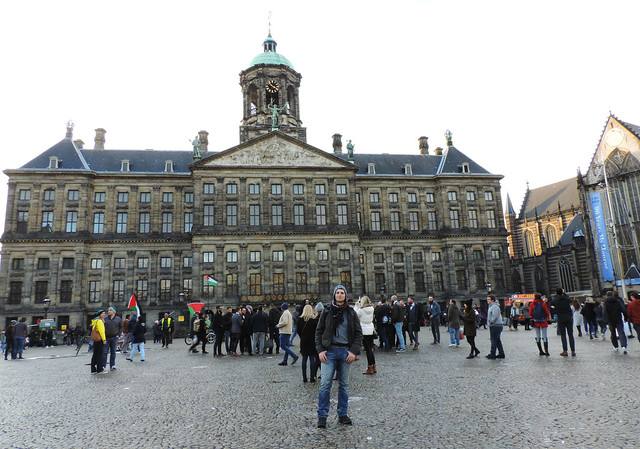 In addition to all the cool and energetic vibes of its center and all the lovely houses along the canals, Amsterdam has some truly majestic buildings. The Rijksmuseum, the Royal Palace of Amsterdam and Dam Square, Oude Kerk (the Old Church) or the old courtyard of Begijnhof that made us feel like being in a Jane Austen book. (Uhm… actually just me, because Csaba has never read any Jane Austen books. But guys, it means this place is romantic!)

And we’ve just found another palace not far from Dam Square. Wait, it turned out to be a shopping center… 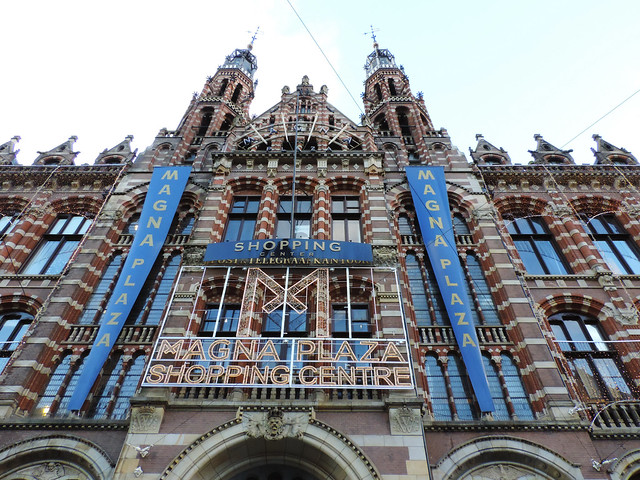 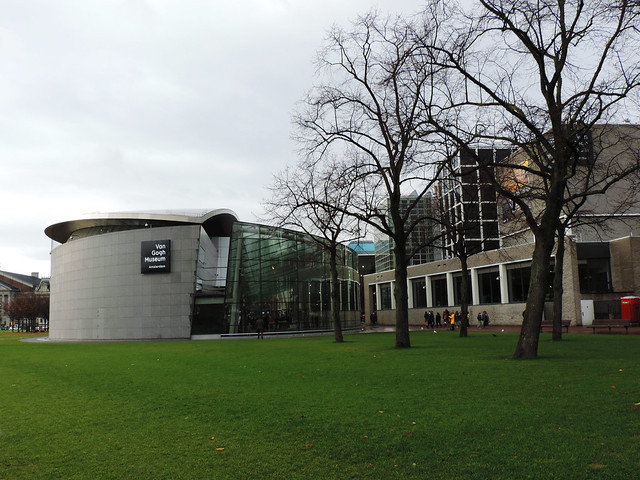 To be honest, we don’t really like modern arts. It’s just not our thing most of the times. Usually we prefer classical buildings to modern ones and old towns to brand new districts. Amsterdam has quite some modern structures and we were so surprised that they don’t just fit in well but they add to the lively and cool vibe of the city.

View of the harbour from above 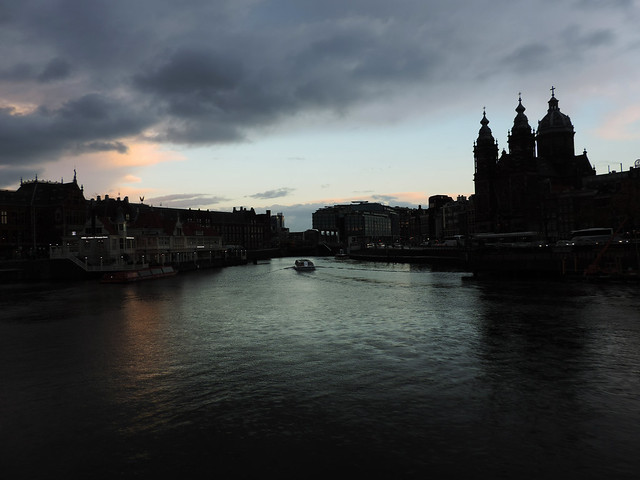 Talking of modern buildings… don’t miss walking up to the roof of NEMO Science Museum for the best view of Amsterdam’s harbour. 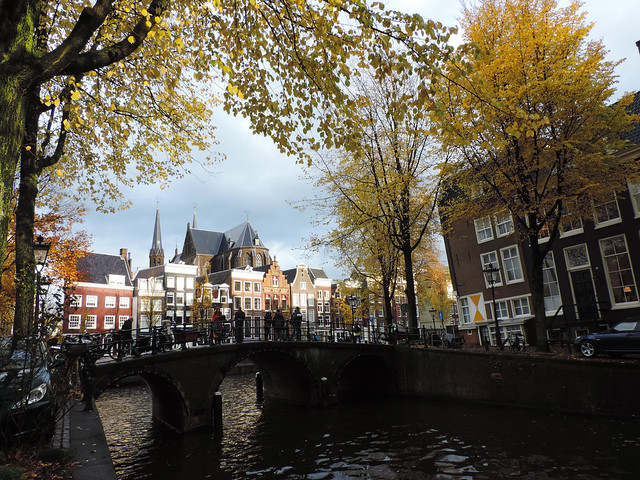 I’m sure every season has beauties but we visited Amsterdam last November and the view of golden trees along the canals has been burnt into our memories. Just like the crazy weather that changed rapidly from bright and sunny to dark and rainy multiple times during a single day. To be fair, there was something permanent in the weather: the wind. 😀 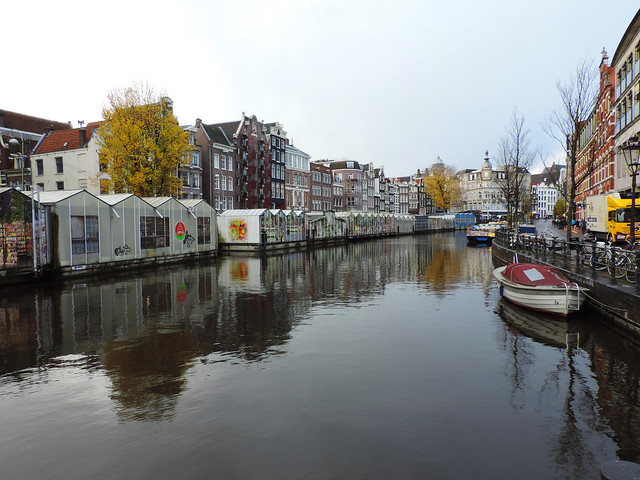 Again, this one is something we already heard about – that public transport is awesome in Amsterdam. But it is! And not just in the usual way. Because we haven’t found it hard getting around in any European cities by public transport so far. But Amsterdam is the one that motivated us to use it instead of our car more than any other we’ve visited before. 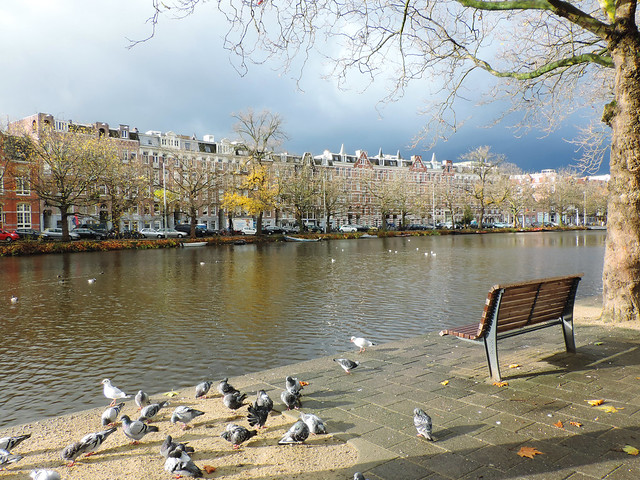 We arrived by car from Eindhoven. P+R parking with a daily public transport ticket was so cheap and convenient and we could so easily find information about where to park and how to get around that we didn’t even think of driving closer to the city center. And that’s the point: it’s not even worth thinking of it. (No, I won’t mention the cities where P+R parking costs almost the same as parking in the center or where there’s no easy way to figure out where those P+Rs are located. Amsterdam, you lead the way. 🙂 )

Have you ever been to Amsterdam?