Their only home in the world is California’s Sierra Nevada and most of the sequoia groves are located in the Sequoia National Park. This is a place where a tunnel will be cut through a fallen giant tree and it will become one of the most popular attractions of the park. Yeah, we are talking about Tunnel Log: 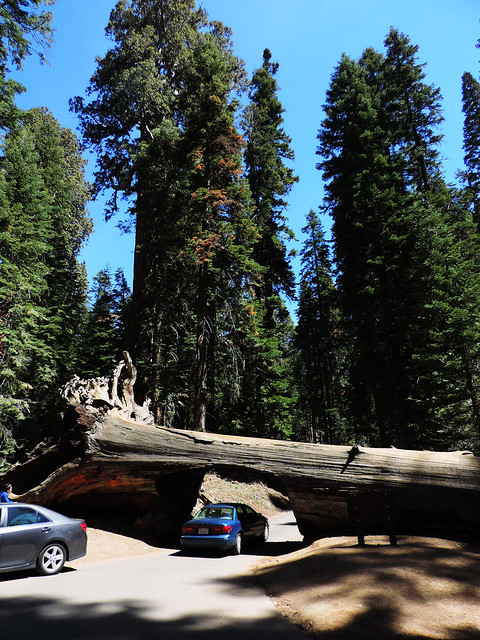 But sequoias won’t die easily, they are real survivors! They are adapted to periodic fire for example. Their thick barks protect them against significant damage and they even take advantage of fire – all of their competitors will die, right? Even if they are hurt, they can heal their fire scars. The most incredible thing about them is that they actually need fire for reproduction because their cones will only open up in the hot air. 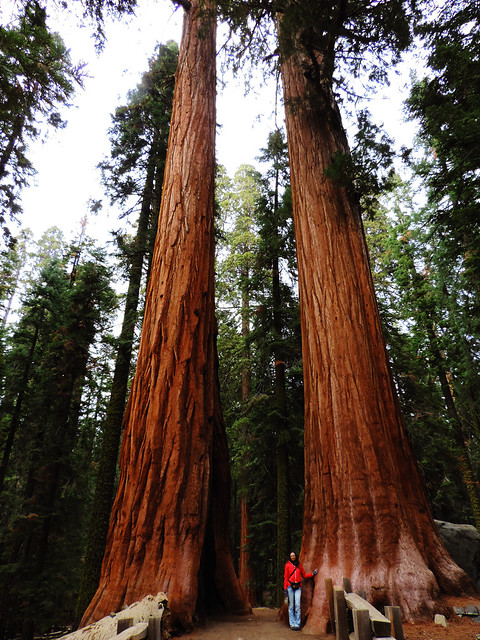 Diseases that kill other trees can’t kill sequoias. Their bark is resistant to rot. They can live for over 3000 years. They almost seem to be immortal to us. Sometimes they are smashed by lightning or cast down by storms, but usually there’s only one real danger that threatens them. We, humans. But we hope that our grandchildren will still look up to these majestic giants in awe. They just make us realize how small we are and how amazing nature is!

The king of sequoias: General Sherman 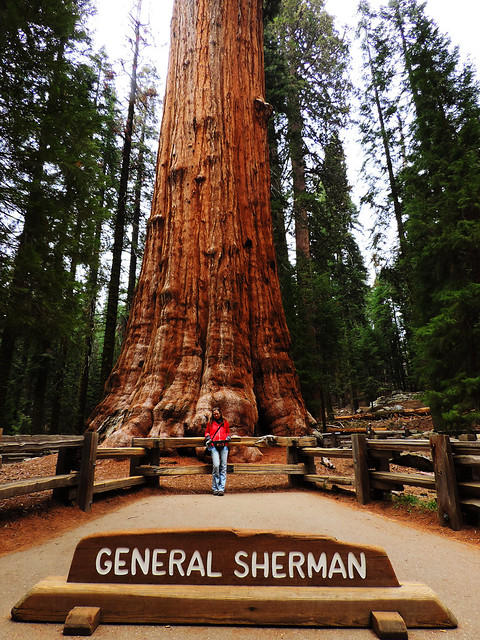 The biggest of the world’s biggest trees is called General Sherman. With a volume of 52500 cubic feet (1487 cubic meters) it’s the king of the Giant Forest. How much is that volume? Imagine its trunk filled with water. Then it would be enough for a bath for every day for approximately 27 years.

Surprisingly General Sherman is not the oldest sequoia. There are sequoias which are a thousand years older, but General Sherman took advantage of its good location to outgrow them. 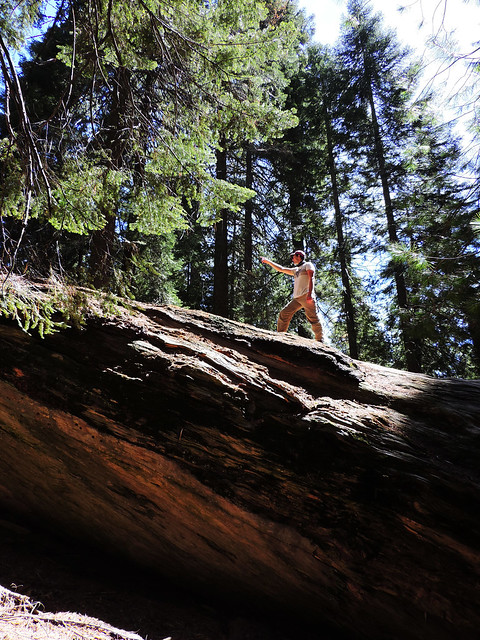 There’s several short self-guided walking trails through Sequoia National Park’s Giant Forest and any of them will take your breath away. If walking under Northern California’s redwoods is a therapy then walking under the sequoias is also a therapy of its own kind. Just it’s maybe better to walk there early or late in the day, because the easily accessible trails can become quite busy. Our favorite walks are:

Moro Rock: a panorama no one should miss 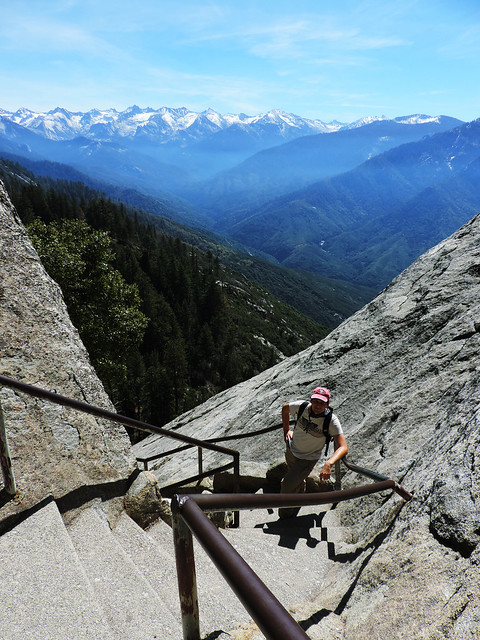 We couldn’t mention the sequoias without mentioning Moro Rock. It’s our favorite viewpoint in Sequoia National Park with a 360 degrees panorama of the surrounding peaks. There’s steep stairs leading there from the parking lot and it’s very close to the Giant Forest. 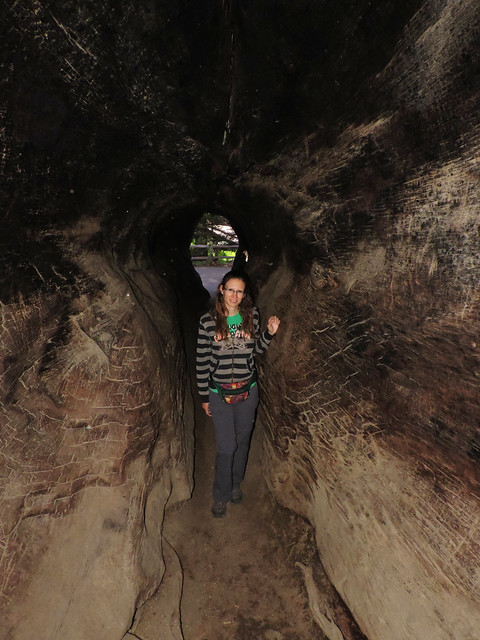 The Giant Forest is connected to the General Grant Grove by the Generals Highway. Grant Grove is another quite impressive sequoia grove and the second biggest sequoia, General Grant Tree can be found there. We did a short loop through the grove before continuing our way to Kings Canyon National Park: 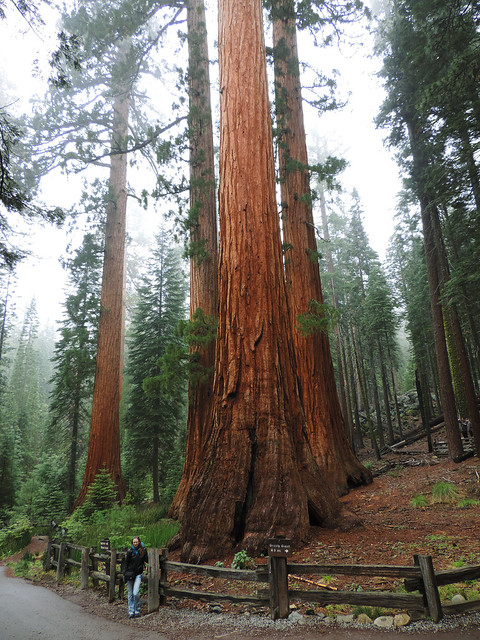 Yosemite is famous for its huge and beautiful waterfalls, but the park is so much bigger than just fairy tale Yosemite Valley with its waterfalls. There’s Mariposa Grove for example, another famous sequoia grove. It was a quick stop for us while driving from Wawona to Yosemite Valley.

The short loop trail is maybe about an hour long walk, but it’s like another world inside Yosemite. A world where you immediately become a lilliputian. The drive from Wawona is very scenic by the way and it leads to Yosemite Valley through Tunnels View, the most beautiful roadside viewpoint in the Valley. 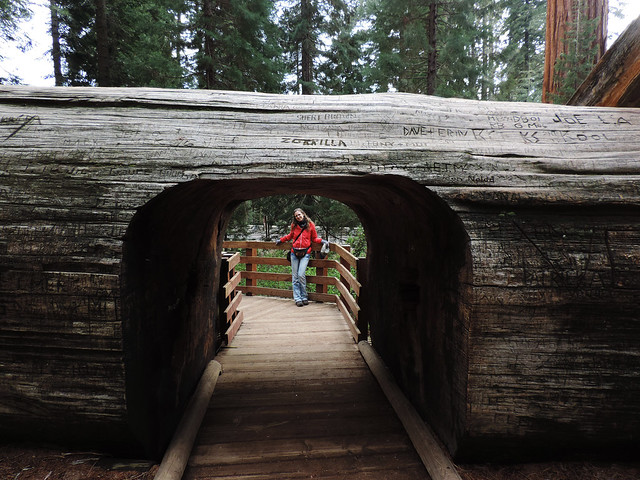 We’ve deeply fallen in love with the kings of all trees on Earth. Walking under these strong, almost immortal giants made us feel safe and they never cease to impress. They are just so huge. So huge. As we read it on WishHunt.com:

The most beautiful antiques are not found in stores.

Have you ever seen sequoias? Aren’t they incredible? 🙂