With about 3600 miles of seafront and more than 1100 islands and islets, the most beautiful treasure of Croatia is probably the Adriatic Coast. Magnificent old towns, charming beach towns, lively harbors and stunning beaches can be found all along the coast. And then there’s the Adriatic Highway (Jadranska magistrala in Croatian) that runs along the east coast of the Adriatic Sea giving access to all of these beauties.

Actually, it passes through three countries (Croatia, Bosnia and Herzegovina and Montenegro) but most of it (about 640 km) is located in Croatia, closely following the well-indented coastline – which makes this drive longer and not so easy, but very beautiful.

Are you ready to book your trip? Check out car rental deals here!

A route rich in cultural heritage 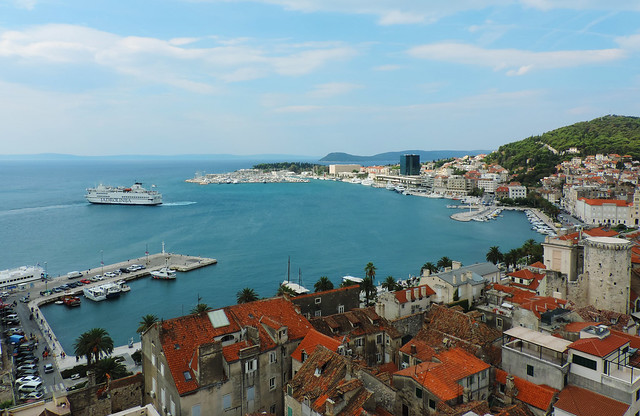 The Adriatic Coast has quite a few cities that have their roots back in the middle ages. Like the old towns of Poreč, Rovinj, Zadar, Šibenik, Trogir, Split or Dubrovnik. Split and Dubrovnik have rapidly became world famous because they were also filming locations for the Game Of Thrones. Moreover, part of the new Star Wars movie was also shot in Dubrovnik. Even if you are not interested in these movies, just the pure fact of the shootings show that it’s not only the tourists who noticed that these cities have a unique, thrilling character. 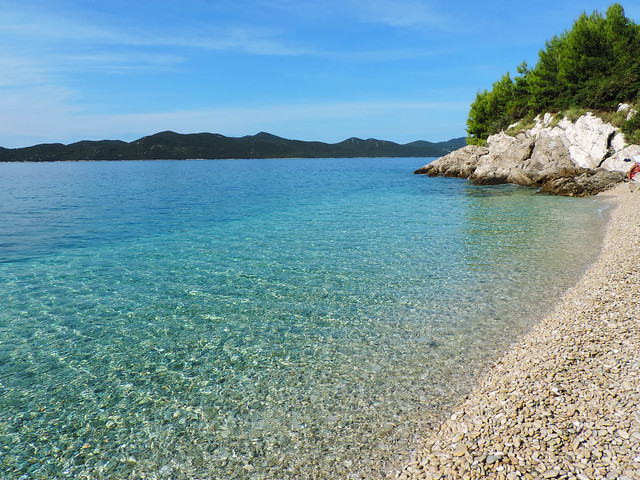 Like the old towns would have not been enough, the Adriatic Highway also fascinated us with its beaches! I mean, whenever you feel you need some refreshment, you just choose a beach you fancy, and jump in for a swim. Some sections of the route are so close to the sea, that you can see many beaches from your car. Where exactly? Let’s see!

Which are the most picturesque sections of this long route? 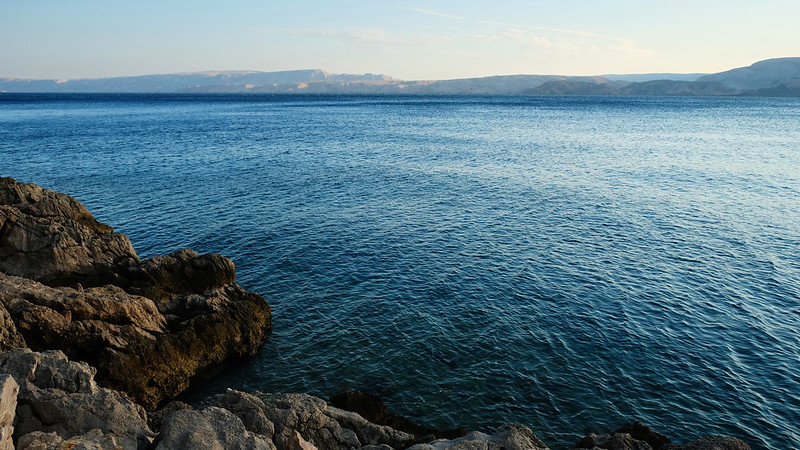 One section we liked very much is between Makarska and Dubrovnik – which are both great destinations by themselves, by the way. We enjoyed the views of the islands and the coastal mountains, and stopped in several pullouts to take in those views – and take pictures, of course. We even went down to a beach on the way, because it looked so tempting. And yes, it means we drove that close to the sea that we could see lots of beaches from up close. 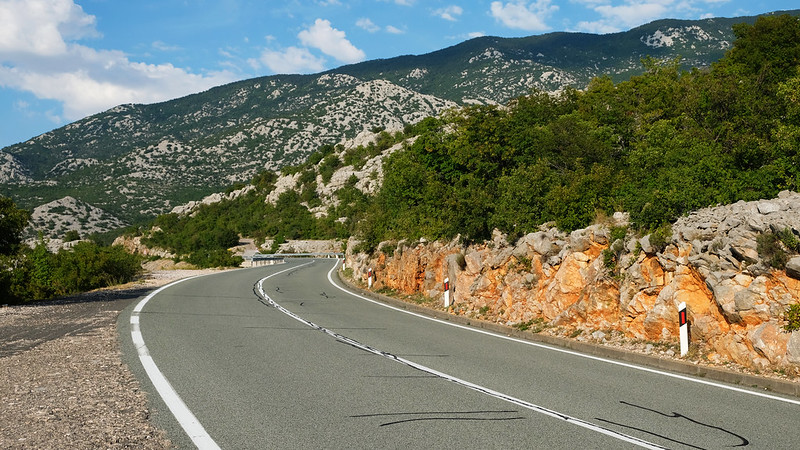 This section from Makarska to Dubrovnik took us a day with all the stops, but it was stunning. Another spectacular piece of this highway is from Rijeka to Starigrad. This also runs right by the sea, with countless scenic stops and through majestic Velebit Mountains, and took us about half a day to drive it. However, it could easily be stretched to a full day drive by adding a beach stop.

How busy is the Adriatic Highway? 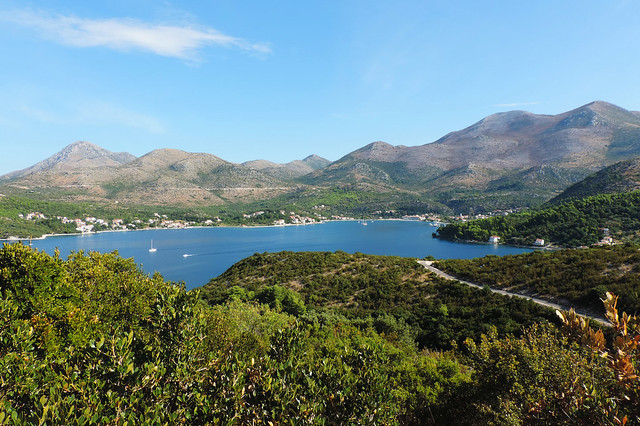 Nowadays, multi-lane motorways have taken over most of the traffic from the Adriatic Highway. This doesn’t mean it’s not busy any more because still this is the main road that gives access to the coast ultimately. We recommend using the motorway if you drive long distances or want to be fast. However, driving shorter sections of the Adriatic Highway and enjoying the views from the pullouts is a memorable experience. Especially if you top it with some beach stops.

How long does it take to drive all the way? 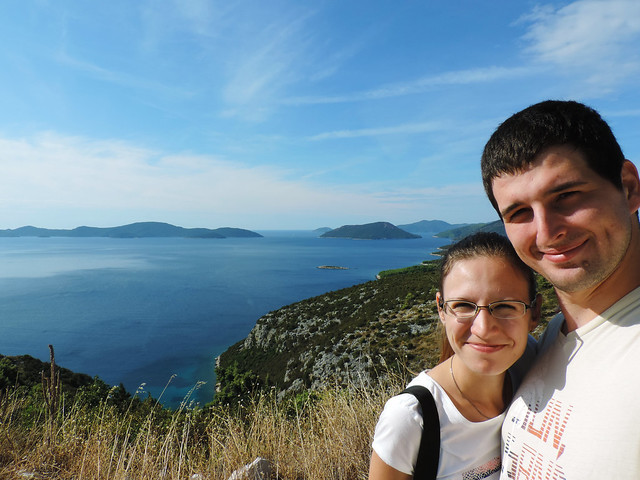 Based on Google’s estimation, driving the Adriatic Highway in Croatia all the way takes about 13 hours. By using the motorway it takes about 8 hours to cover the same distance. So first of all, take the motorway if you don’t have much time.

Second, don’t expect to cover the Adriatic Highway in 13 hours, because that’s just the pure driving time. There are so many towns and beaches on the way which are worth a stop that you can easily spend weeks on the Adriatic coast. We chose only short sections to drive at a time, but we’ve seen almost all of it during the road trips we’ve taken in Croatia. 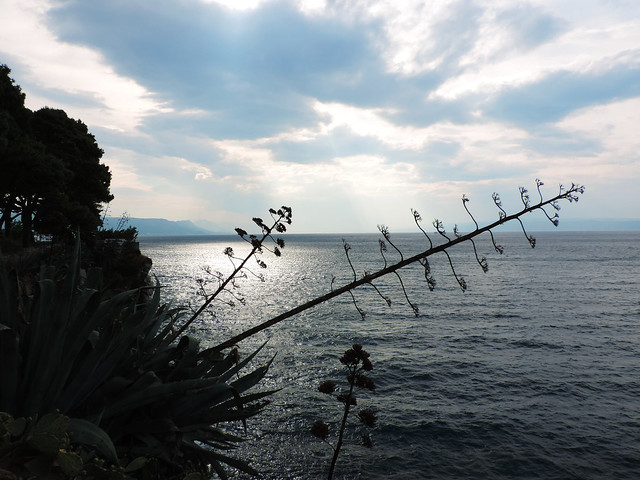 The Adriatic Highway reminded us again that driving should not necessarily be boring and just a ‘must’ to get from A to B, but it can be an amazing and enjoyable part of the trip. Are you a fan of road trips, too?

Do you have a favorite scenic drive in Europe?