It was a dark, cold, cloudy morning. As we walked along the narrow streets of Como towards the ferry port it started raining. We bought our tickets to Lenno and then found shelter until the ferry’s departure. Later as we were gazing out of the ferry cabin in the pouring rain the landscape somehow reminded me of the fjords of Norway. Though I haven’t seen those fjords in real yet but that’s how I imagined them. Like that dark, long lake surrounded by hills and mountains that are lost in the fog. They looked mystic and beautiful as we stood on the windy deck. And we were in Northern Italy on a small ferry on Lake Como. Villages full of colorful houses appeared from the fog from time to time as we got closer to the lakeshore for the stops.

The rain slowly stopped. Still we had to use our imagination to picture the colorful sunny landscape with glimmering water of a crystal clear lake from Naboo. Because Lake Como was actually that lake. The famous love scenes of Anakin and Padmé from the second Star Wars episode were shot at Villa del Balbianello. Let’s leave the actual narrative and the “I don’t like sand…”-dialogue now and just keep that fairy tale scene in our mind. Because that’s what we were looking for in Lenno. 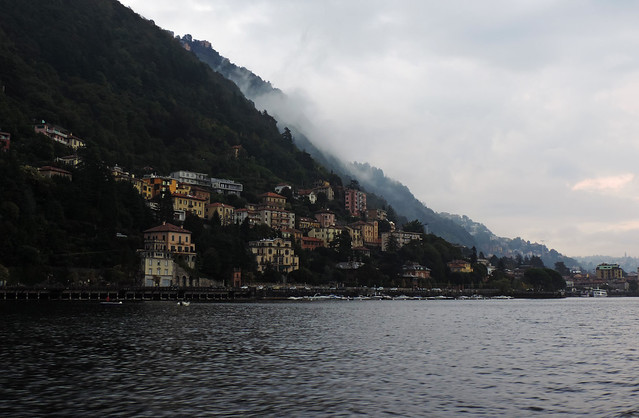 Getting to Villa del Balbianello

Villa del Balbianello is one of the countless glamorous lakeshore villas at Lake Como and it’s located on the tip of a small peninsula near Lenno. It can be approached by boat – like Anakin and Padmé did it a long time ago in a galaxy far, far away. Or you can just walk to the villa from the ferry port of Lenno – like we did to save some money. It’s not only cheaper but the beautiful park around the villa is well worth some exploration. Most part of it feels like Mediterranean but in some parts of the park we felt like being in a rainforest. And we enjoyed the views, too, as we hiked through the park that is actually located on a hill. 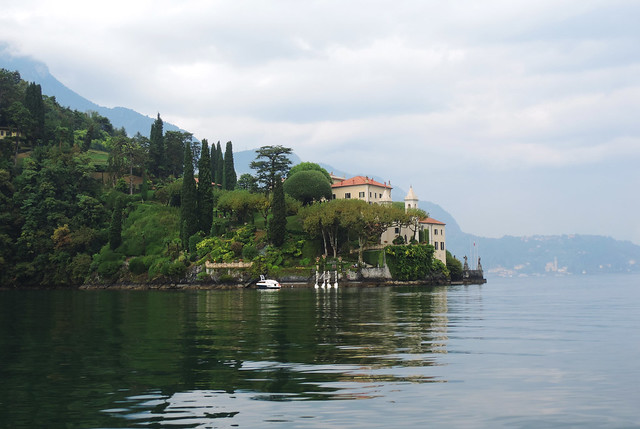 After about 30-40 minutes we arrived to the ornate gate of the villa. We bought our ticket and entered the amazing terraced gardens of Villa del Balbianello. We actually liked these gardens, the charming small port and the exterior of the villa the most. Especially when the sun started shining finally.

The scenes from Naboo 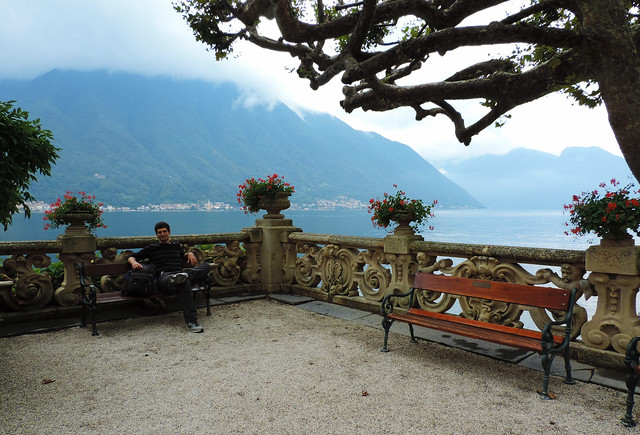 And we recognized some scenes easily. The balcony at the library is the place where Anakin stood after his nightmares at night. And the loggia with the red flowers and with that view… the place where Anakin and Padmé had their first kiss. Well, they did succeed in choosing an ideal romantic setting for sure. The villa is popular in the film industry anyway. Several other shootings took place here – the most well-known is probably Casino Royale, one of the James Bond episodes.

Guided tour in the villa 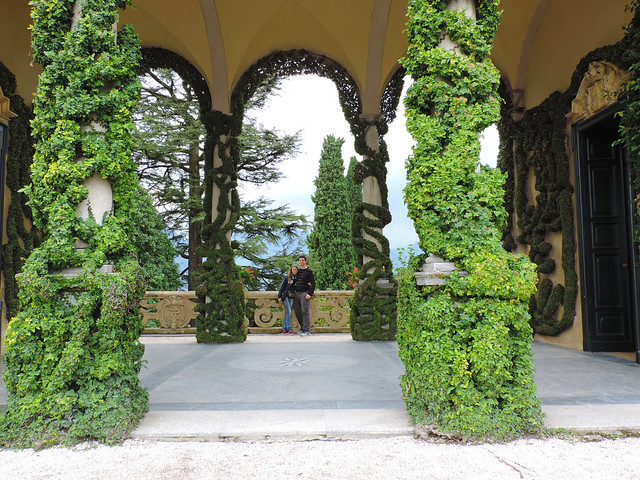 The villa was built in the 18th century and its last owner was Guido Monzino, an entrepreneur, keen explorer, mountaineer and member of one of the most solid upper class Milanese families. He renovated and completely refurnished the rooms. Nowadays visitors can see a lot of weird objects in the rooms that he collected over a period of about 20 years as he participated in about twenty expeditions all over the world. 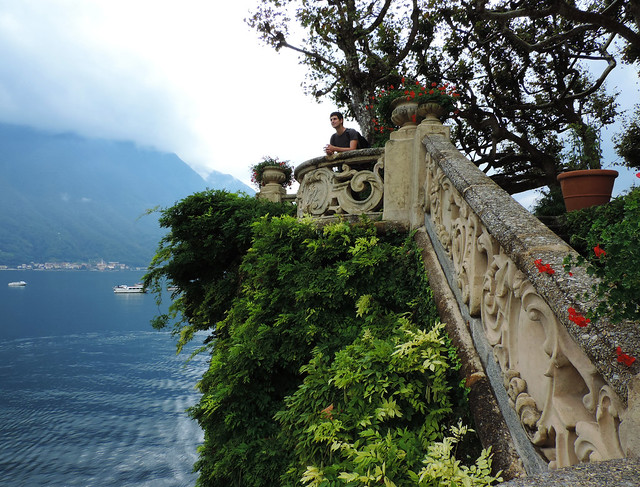 Monzino also built a secret corridor so the three separate buildings are actually connected under the ground. And yes, we followed that route during the guided tour. It ended at the non-existent church. Another weird thing here – but what did you expect? 🙂 Before the villa was built a Franciscan monastery had stood there. The façades of an old church with two bell towers are still there but if you go inside you find yourself in a kitchen. 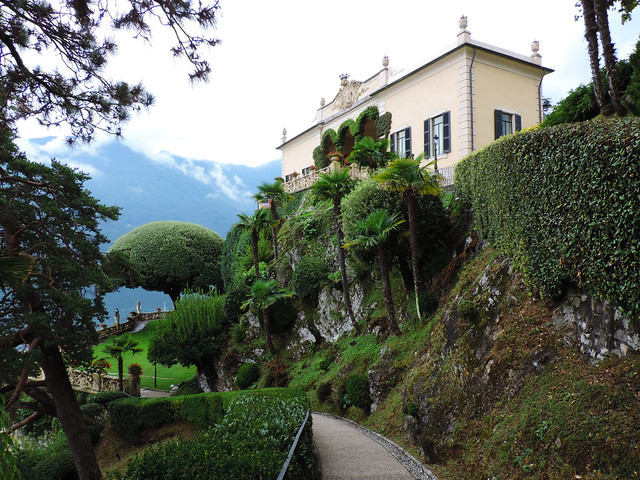 Monzino died in 1988 and he left the villa to the FAI (Fondo Ambiente Italiano). It’s the National Trust of Italy, a non-profit organization that protects Italy’s heritage. Thanks to them Villa del Balbianello is still amazing and is open to the public for visits and events. Like a lakeshore wedding? Shit, we are already married.

Have you ever visited places where famous movie shootings took place? How was it?