So we’re more or less settled in our new home in Burnaby by November, and then record-breaking, devastating torrential rain and flooding arrives to British Columbia. And we are lucky – Metro Vancouver is not directly impacted, and we’re safe. At least we hope so.

But we wish this rainy season would end, not only because we had enough of sitting at home while it’s pouring outside, but also because it’s obviously not just an average rainy season. No one expected this, and it caused huge damage from which it would take a long time to recover. And we don’t even know yet exactly what the province needs to recover from.

Uhm… so any good things? 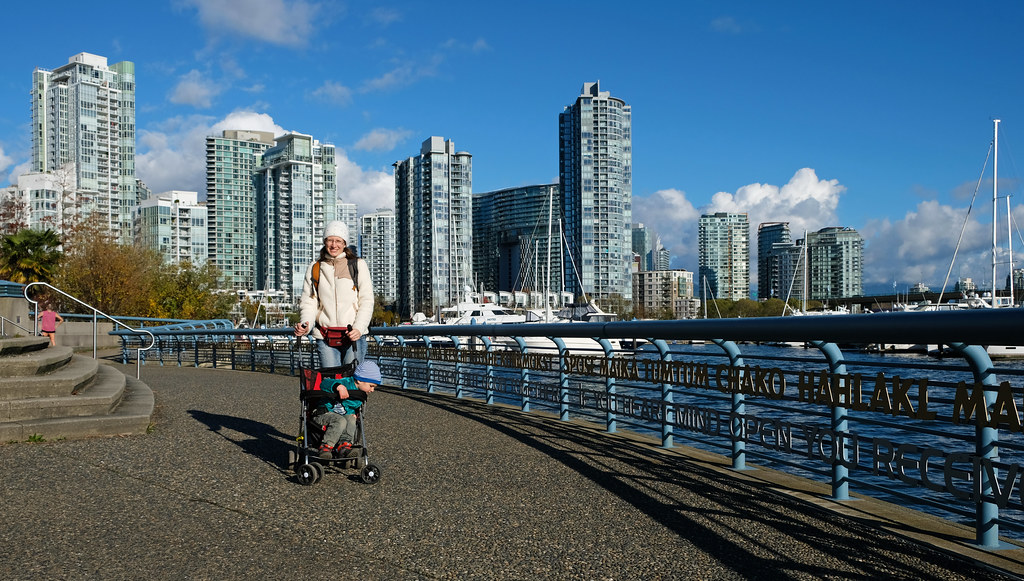 Actually, there are plenty – on a personal level, and we’re so grateful for them! Otherwise I’m sure we’d have regretted this stupid decision to move here this fall (like we could have predicted this, I know…).

So while November was horrible for British Columbia overall, it had a few good things for us. From all the months of the year, we hate November the most. Because it’s cold, dark and wet, the leaves are fallen, the landscapes are grey and colorless, but there’s usually no snow, and definitely no Christmas to spark things up a bit.

But here, this November was a bit different. It came with short days, colder temperatures and frequent, heavy rains, but there’s a huge difference when comparing it with Hungarian Novembers: the landscapes are still beautiful. And I realized that it’s not even the early darkness or the cold that I can’t stand the most, but those bare, sad, colorless landscapes.

Having walks in the lush green rainforests in North Vancouver or enjoying the first snow on Cypress Mountain were uplifting experiences! We can find beauty here in nature – in November, too. That’s new. 🙂 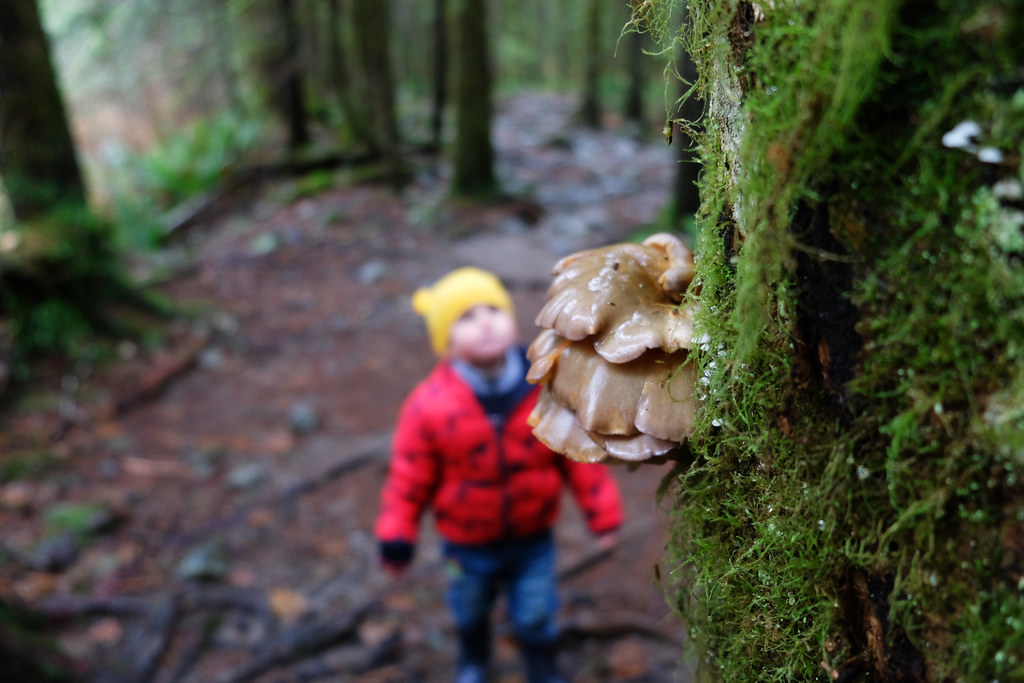 Rainy days are surely depressive (and lately troublesome, too), but when the sun shines out, the blue bays of the ocean are glittering, the colors in the rainforests become vibrant and the snow is sparkling on the branches of the large pine trees in the mountains. And we’re back on the trail!

Well, and it also helps our mood that the culture shock is mostly over. It’s just as incredible as the last time we experienced it in California (and then after returning back to Hungary) that it disappears as naturally as it came. Canada is the same as it was when we arrived. But we are different now. So let’s see those highlights. 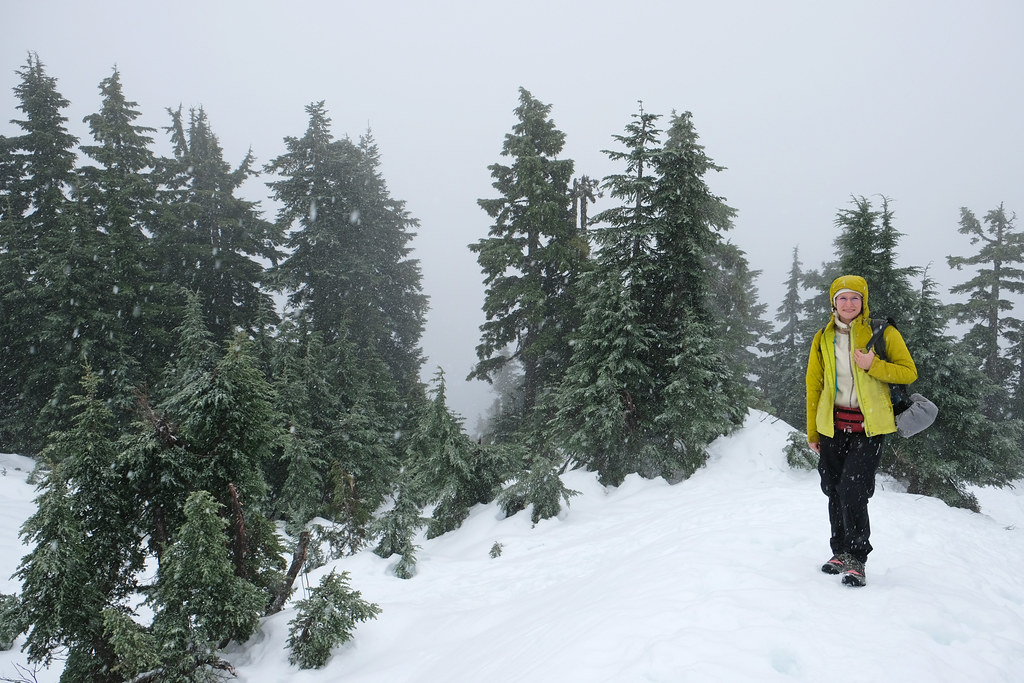 First snow on Cypress Mountain. This is a mountain that’s 20 minutes drive from our home. And it has snowed up there already! This time it was the two adults, Csaba and me, who acted like enthusiastic kids, and the real kid in the family, Tomi, observed the snow with cautious curiosity. Then we were caught in a heavy snowstorm, and Tomi definitely didn’t like it. But this was his first experience with snow, and I think he’ll get used to this weird white thing.

Even more waterfalls. Because one needs to hike to a few new waterfalls each month when living here. Norvan Falls was our favorite this month, not just because of the waterfall itself, but also because the trail to it is a truly out-of-a-fairy-tale rainforest hike. 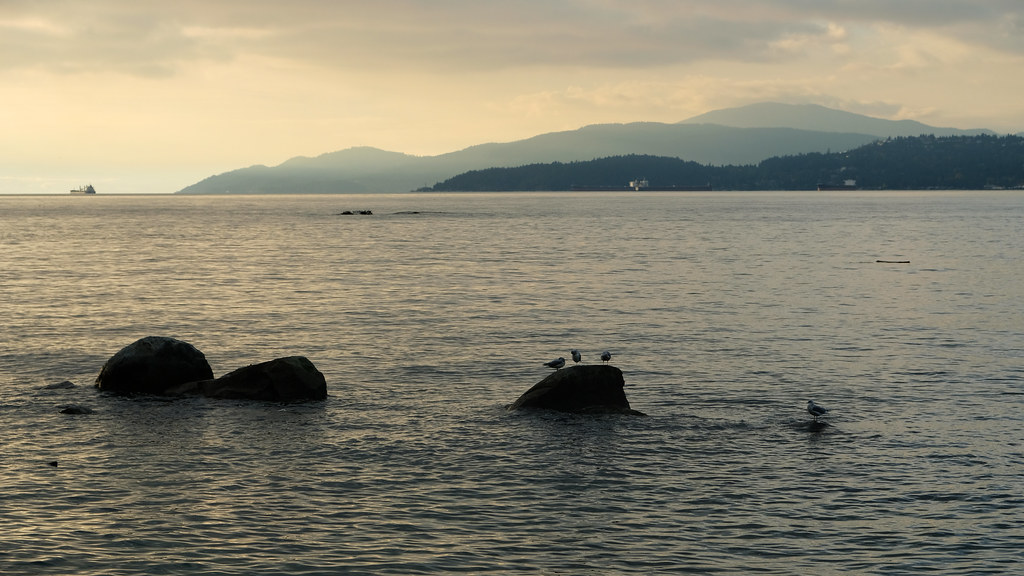 Falling for Vancouver. We like it more and more with each visit, and there’s still a lot we haven’t seen there. But mainly, our love is for the city that’s grown together with the ocean and the mountains, being urban and wild at the same time.

Everyday adventures with Tomi. While Csaba works, I’m still mostly a full-time mom (and a part-time entrepreneur and part-time housewife, that last role being ignored too often). Whenever the weather allows, we take day trips with Tomi, either to Vancouver or to one of the nearby parks. We do 3-4 kilometres hikes together, both of us walking the entire length of the trail. We observe seabirds and look for seals together. 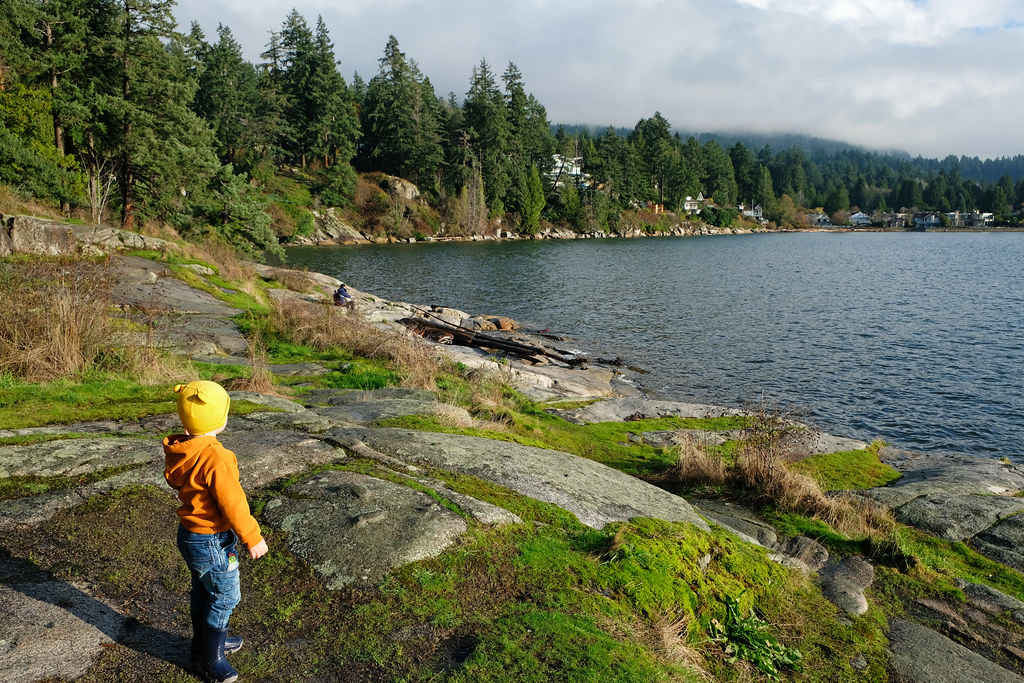 We started these trips together this spring, and by now he’s truly my tiny adventure partner – and I love it! (To keep it real: mornings are usually awful, full of tantrums about nothing, and we’re super slow to get ready and finally leave. But once we’re on the way, everything clicks again. And, of course, he doesn’t want to go home at the end of the day.) 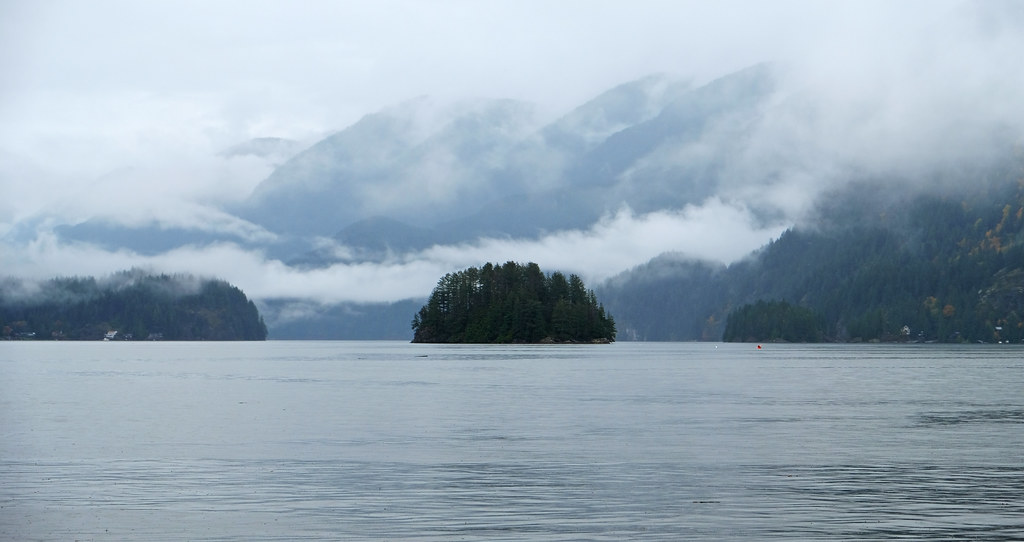 Yes, all of the places are in British Columbia, Canada, in close proximity to Vancouver. We are on a long journey here. 🙂

How To See The Best Of Mavrovo National Park, North Macedonia. Here’s a park you’ve most probably never even heard of. And this post is about why you should!

Living In Budapest: 6 Things We Loved & 6 We Didn’t. A reflection after we left Budapest. Some observations that might help you if you’re thinking about moving there – temporarily or permanently. Or just curious about how everyday life is in Hungary’s capital city.

Can Mushrooms Be Exciting? 15 Marvellous Facts & Photos. Fall is the mushroom high season, and they thrive in the rainforests of British Columbia. So I took this opportunity to bring you some of my favorite mushroom pictures with some thrilling facts about mushrooms.

6 Very Easy Nature Trails For Kids In Budapest, Hungary. I’ve done my best lately to write those unwritten posts that we have about Budapest. Here’s one for families: the best, easiest nature trails inside the city that even toddlers can hike (tried and tested by Tomi).

My tendency of reading about two books per month (instead of about 5-6 per month earlier in the year) continues as I finished a grand total of exactly two this November. And even that could have happened because one was a short story. A great one though!

Not the movie, the short story, written by F. Scott Fitzgerald. It can be read in a few hours, but it gives stuff to think about for days! It’s an absurd and humorous tale of time, but even more of people, society and conformism.

Benjamin finds himself in a situation that makes him different from everyone else throughout his whole life: he ages in reverse. It’s exciting to see how he handles it, but even more exciting to see the reaction of others. The dialog between Benjamin and his wife, Hildegard is one of my favorites:

“I should think you’d have enough pride to stop it.”
“How can I?” he demanded.
“I’m not going to argue with you,” she retorted. “But there’s a right way of doing things and a wrong way. If you’ve made up your mind to be different from everybody else, I don’t suppose I can stop you, but I really don’t think it’s very considerate.”
“But, Hildegarde, I can’t help it.”
“You can too. You’re simply stubborn. You think you don’t want to be like anyone else. You always have been that way, and you always will be. But just think how it would be if everyone else looked at things as you do — what would the world be like?”

It reflects so well how everyone around Benjamin tries to force him to live up to their expectations, and they don’t believe he couldn’t even if he wanted to.

My second November book was a novel from one of my favorite contemporary Hungarian writers, Pál Závada (titled A fényképész utókora). I won’t write about it here though, because none of his books are translated into English, so I keep it for my Hungarian book blog.

Coming up in December

This is going to be hard. More rain comes, and we’ll hold on to traveling anywhere inside the province. We definitely won’t be traveling abroad, because we can’t manage that right now. This also means not spending Christmas with our extended families in Hungary, only via the screen. 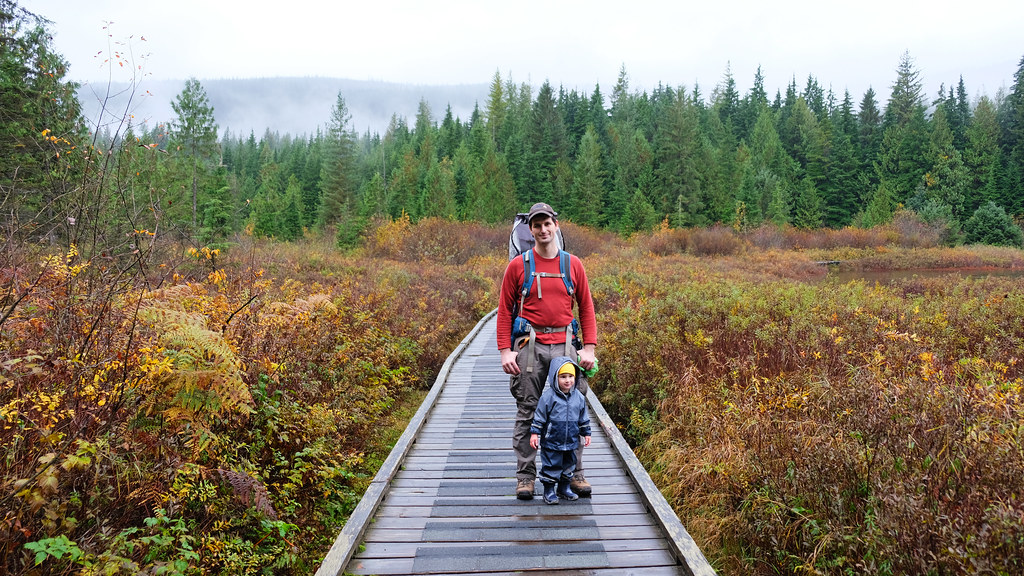 But we’ll celebrate it with each other, the three of us. We’ll have some snowy adventures up in the mountains of Vancouver. We’ll explore more rainforests and waterfalls, and will continue falling in love with Vancouver. And… It’s time to write about the incredible number of breathtaking places we visited in the past two and a half months here.

What would you like to read about: Vancouver sights, waterfalls, suspension bridges, scenic hikes, rainforest walks…?