After not moving out of the house more often than really necessary in January, we finally had our first hike in February. The conclusion: 1) mud mixed with melting snow is one of the most disgusting things in the world 2) the best thing to do in winter is baking (and eating!) chocolate souffles. None of these came as a surprise but it looks like we never learn. 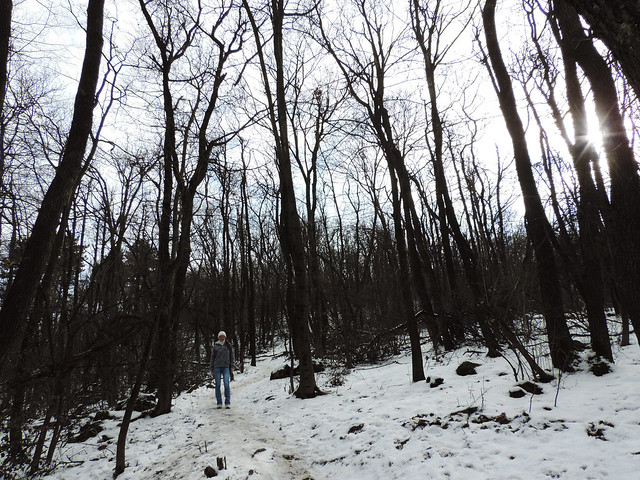 To our excuse, we had some milder days in February. We wanted to hike in the Buda Hills hoping to find the first wildflowers of the season. Well, it’s not that time yet. The snow that instantly melted in the city hasn’t melted right away in the hills and mountains. Instead it’s melting slowly making them muddy for weeks. Our mood soon became fitting for the grey and bare landscape. Then I slipped on the mud on the way down. 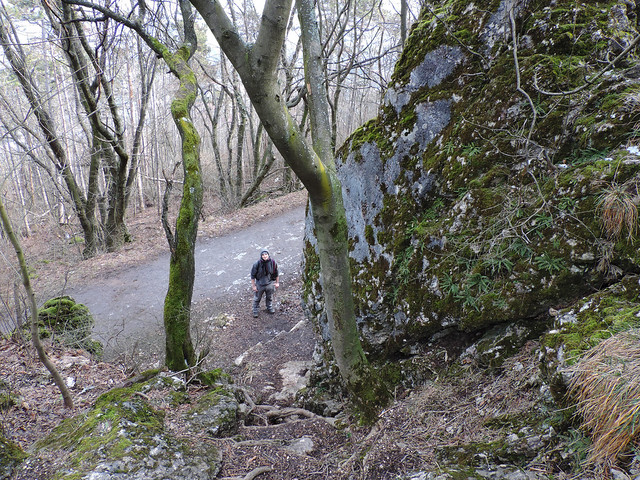 So we learned our lesson and got back to our general winter activities: watching movies, reading, baking, cooking and eating lots of chocolate. Actually, we ended up having quite a cheerful February. So after complaining a bit about Hungarian winters (what we can endlessly do), it’s time for some highlights.

The Lord of the Rings escape room. Lately we are under the impression that the basements of old houses in Budapest’s center either became ruin pubs or escape rooms. Anyway, there’s an incredible variety of escape rooms to choose from and each one has its own story. A few of them has a movie theme. How could we resist when we discovered one that is themed after one of our favorite book and movie? We booked an escape for the two of us and The Lord of the Rings escape turned out to be so much fun! The exercises were creative and the scenes were nicely built. And the huge, creepy basements of those old houses are really suitable for nothing else but escape rooms. 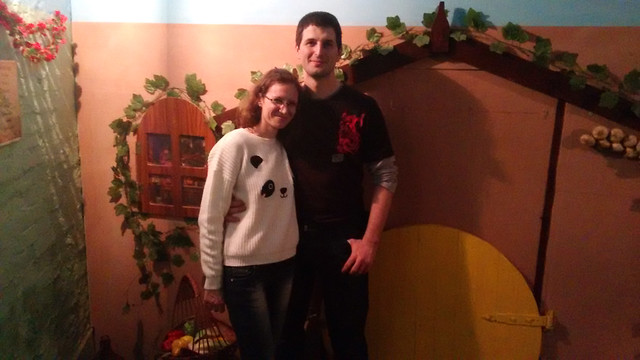 Watching some good old movies. Not sure how many times I’ve already mentioned it, but when it comes to movies, we are really behind. Far behind. But on cold winter days, we have the mood for nothing else but movies and this month we watched quite some – and some quite good. Like The Wolf of Wall Street. (Yes, we haven’t seen it before. And we are used to all the non-believer reactions. 😀 )

Online courses. We started some online courses in various topics that interest us during this winter. Photography, finance, psychology. We haven’t finished any of them yet but we are progressing steadily and we already see how useful they are!

Cooking and baking. Of course. It has its own section in our winter monthly recaps. 🙂

Our favorite new recipes from February

We are still very fond of hot soups made of vegetables and this month’s new favorite was the Cream of Brussels Sprout Soup. We also added another easy and delicious Chinese recipe to our collection: Honey Mustard Chicken.

What about sweets? Of course, we can’t miss them. Though I have to confess that most of the times we end up with Chocolate Fondue or Chocolate Souffle. They are too easy to make and too delicious to resist. And, well, chocolate… 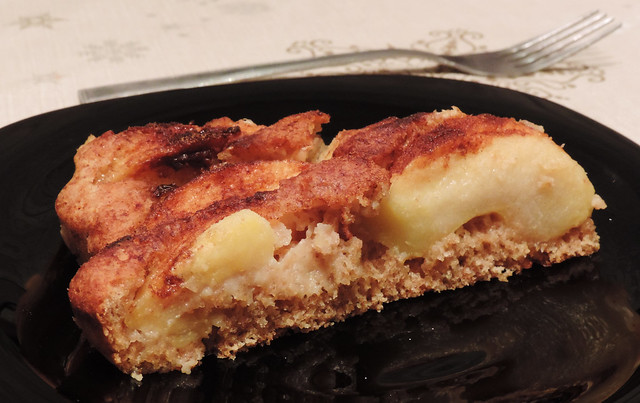 But because we can never make enough sweets, we tried new recipes, as well. Cakes in the first place. One is a fairly good and very simple Orange-Marzipan Cake (though I prefer eating the marzipan as it is… I know, I’m the worst) and the other was Sharlotka, a special Russian apple cake. But as sweet-toothed as we are, we don’t really like cakes. We try them from time to time and some of them we find tasty. But none of them really becomes a favorite. It hasn’t changed this time either. 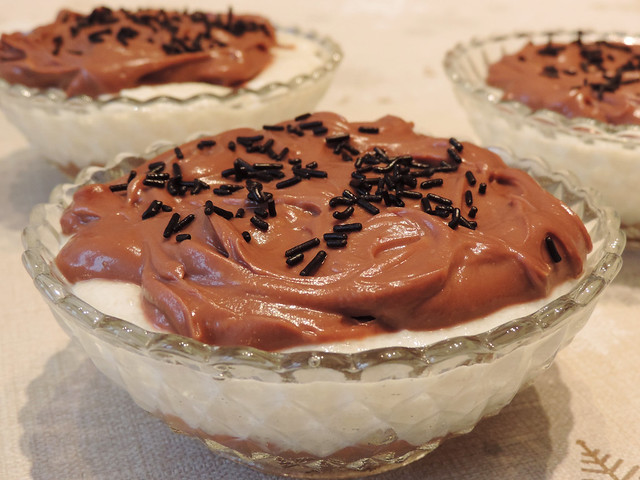 Instead, we found a new favorite cup cream! It’s so simple and so good that for the first time we try to translate a recipe into English. But beware: it’s very sweet. Here it is: 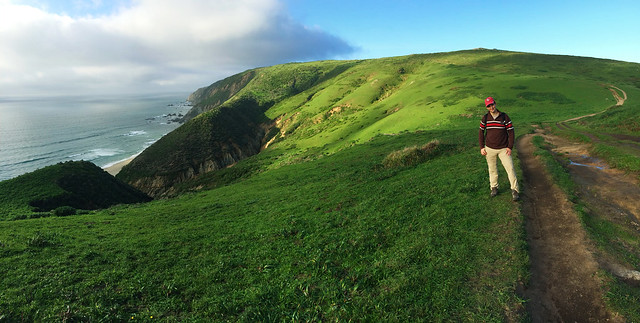 Dubrovnik, You’re Easy To Fall In Love With – our guide to see the best of this wonderful and popular Croatian city.

Košice, Slovakia’s Lovely Gem – charming Košice is our favorite Slovak city and it’s the perfect base to explore the beauties of the Slovak countryside and national parks.

Photo Essay: Colorful Algarve, Portugal – Algarve has amazed us with its clear, perfectly blue beaches, red and orange cliffs and stunning coastal views. Let us tell you more about it with pictures.

Photo of the month: beach in the Westfjords, Iceland

The Westfjords is a sparsely populated, not so easily accessible and not very well-known region of Iceland. And a paradise! Read more in our latest blog post – link in bio. #iceland #westfjords #bestoficeland #ig_iceland #beaches

Coming up in March 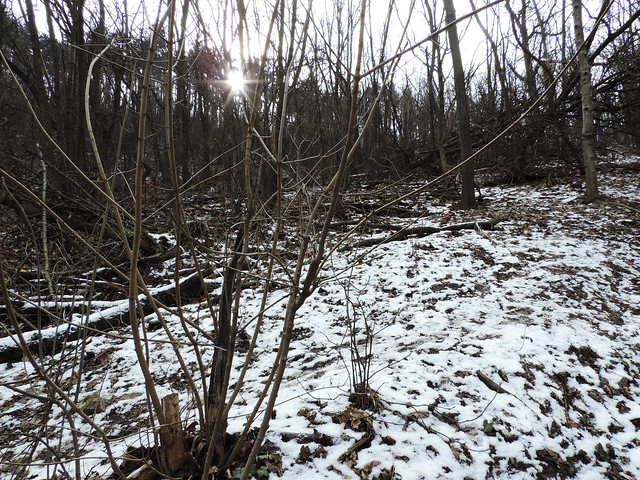 We actually have some travel plans for March, can you believe it? We hardly can. After not moving out of Budapest for two months, our feet are itching to get out in the world and explore! And we will. We are flying to Copenhagen for a long weekend in the middle of March. We will be first timers both in Copenhagen and in Denmark. If you have any tips or favorite places there, don’t hesitate to share them in the comments.

Otherwise, we are really looking forward to spring…still. The past weeks were the coldest during this winter, but hopefully it will slowly warm up and we can finally go on a hunt for the first spring flowers.

How was your February? What are your plans for the next month?