When you think of which city to visit in the United States, you probably don’t think of Washington, D.C. So haven’t we. But we’ve had a couple of days layover in DC while flying back to Europe from the US, so we thought why not grab the chance to see the White House and the U.S. Capitol.

It was just the right decision! We enjoyed every minute of our long weekend in DC – in spite of the ridiculous fact that we’ve seen neither the White House nor the U.S. Capitol. At least not as we planned to see them, but more on that later… 😀 Even during our 3 days of stay we realized that the capital of the US is just as iconic as New York City, Las Vegas or San Francisco and it also has its own unique American charm. 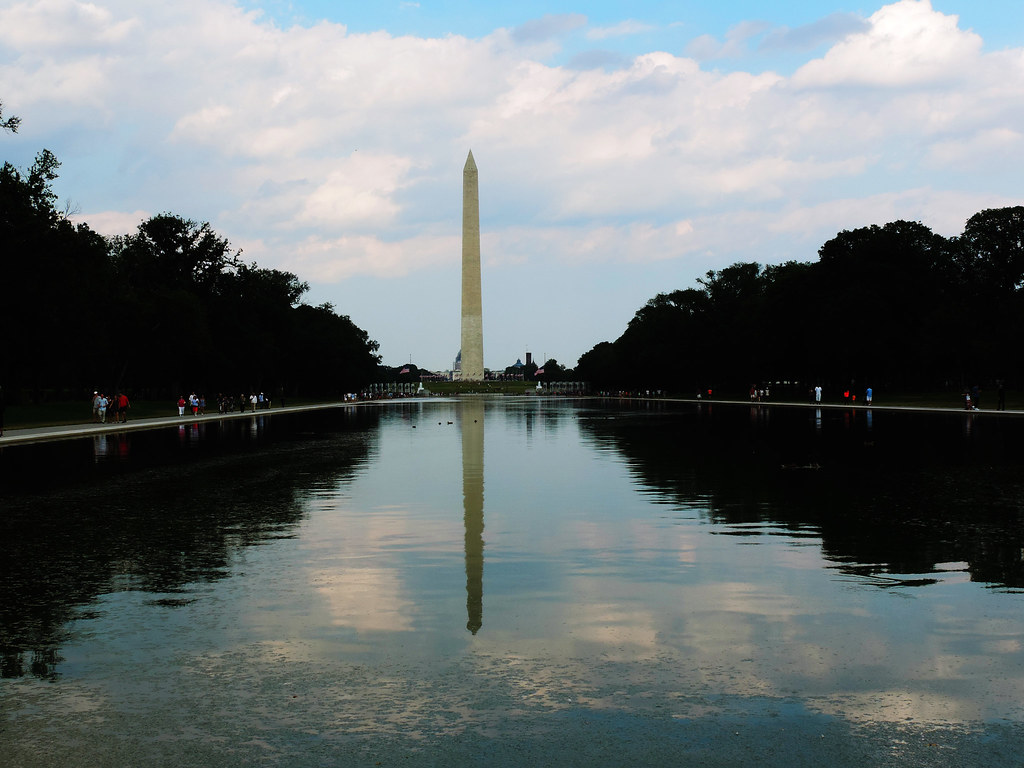 Well, that’s the time we’ve had for DC this time and it’s definitely not enough to explore the city. It could be enough for the National Mall maybe which is the most famous part of it.

Also, we like taking our time while we travel. Those sightseeing bus tours are just not our thing, our best way to explore a city is to walk. That’s how we can feel the atmosphere of the place and our best sightseeing memories are always about sitting on a bench on a beautiful square or street and just watching everything around us while we laugh and talk (and probably eat some ice-cream).

So maybe you could see more than what we’ve seen during these 3 days if you want, but for us this was the perfect itinerary. And we can’t wait to be back in this wonderful city, because this visit was only the appetizer. 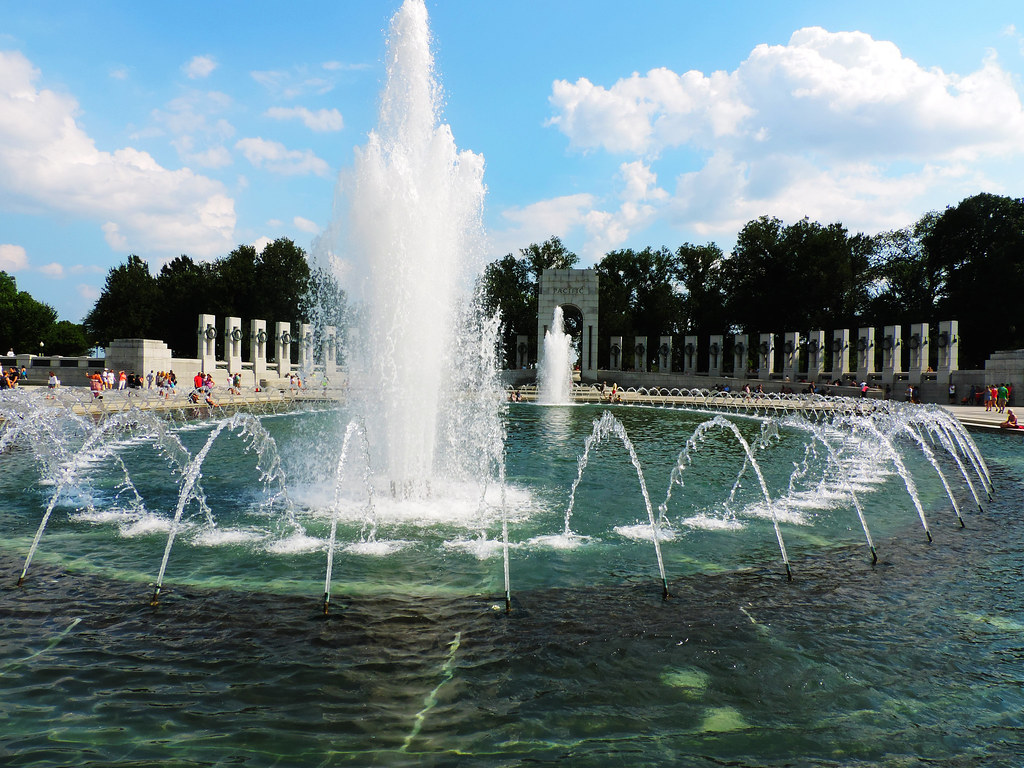 The National Mall is a national park in downtown Washington, D.C and actually, we’ve spent all 3 days there. It was not our original plan, but we haven’t realized how big it really is until we got there. The real reason is though that we’ve just fallen in love with its atmosphere and its museums.

We felt that the National Mall is the heart of the United States even more than the Statue Of Liberty. It’s a place both for the past and the present. It’s a place of history and recreation and education. It’s the home of the White House, the U.S. Capitol and the Monument – and also home to memorials, gardens and museums. 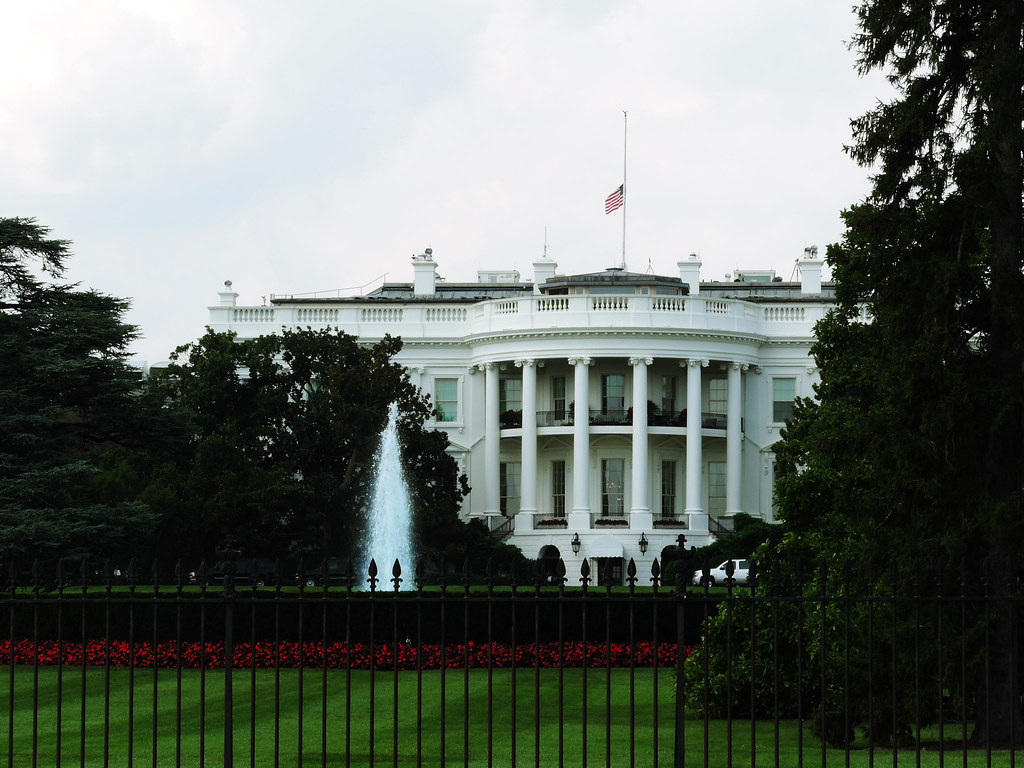 The first place we wanted to see was the White House. Originally we’ve dreamed of a White House tour, but it turned out very soon after we’ve started planning the details that it’s just, well, almost impossible – at least for non-American citizens.

Of course, we still wanted to see the White House even if we can’t go close to it. We’ve also read about the White House Visitor Center which is for the public and it’s a couple of minutes walk from the White House. We haven’t expected much here, to be honest, it’s just a visitor center after all, but let’s take a look and read some brochures. 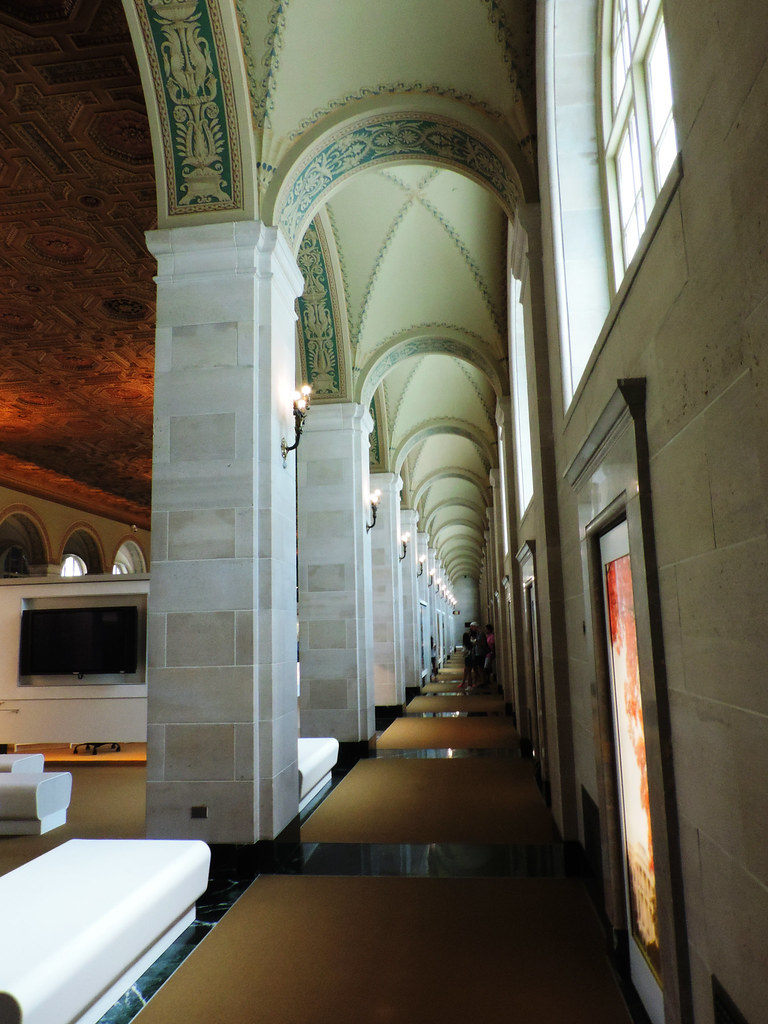 We were truly surprised how exciting and interactive this visitor center is. It tells you the story of the past and the present but not with long and boring descriptions, rather with interesting and funny stories, pictures and videos. We loved that it gives insight not only into politics and history, but also into everyday life. 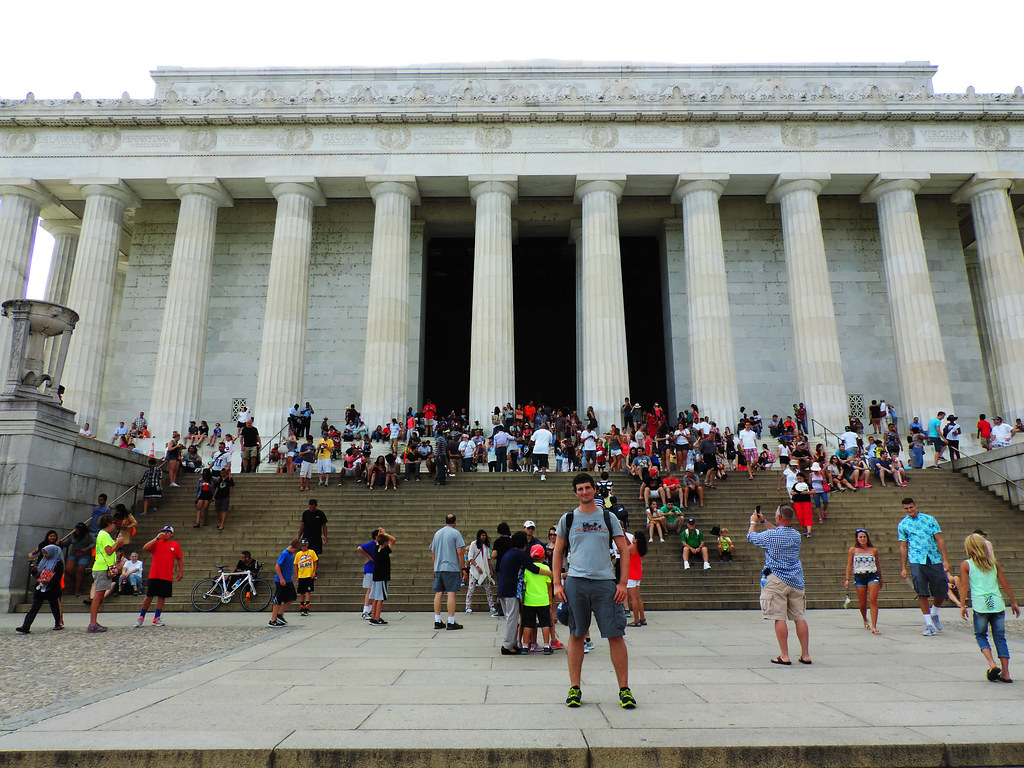 In the second part of the day, we just walked around. We’ve seen the Washington Monument, the beautiful World War II. Memorial and the iconic Lincoln Memorial. Lincoln Memorial is an amazing place not just because of the enormous Lincoln statue, but also because sitting on the stairs of this memorial offers an unforgettable view: the Monument reflecting in Lincoln Memorial’s pool.

We walked in the Potomac Park as well which is right by the Lincoln Memorial and it’s a pretty walk on the riverside of Potomac River. Finally we watched the sunset at the Monument – a perfect ending of a day.

As we haven’t even seen half of the National Mall on our first day, we wanted to continue exploring it on the second day, too.

We started the day at Smithsonian Castle, the main visitor center of the Smithsonian Institution which is a group of museums and research centers administered by the government. But it’s so much more than a simple visitor center, it’s also a perfect castle with beautiful gardens. And then we got tempted to visit a couple of Smithsonian’s museums, as well, that we haven’t planned originally. 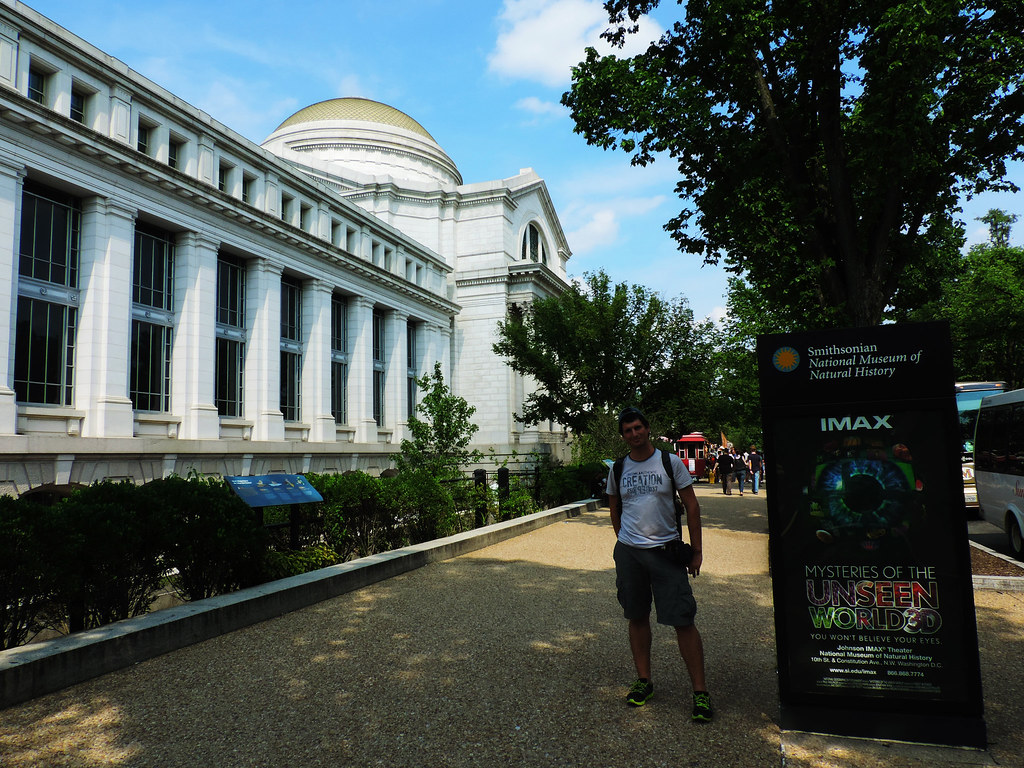 Our first choice was the National Museum of Natural History and we ended up spending the whole day there. It happens with us in natural history museums. 😀 We got so excited about a lot of exhibitions and the movies in the museum’s IMAX theater that we haven’t even finished with all those things until the closure of the museum.

And we haven’t regretted at all that we’ve spent almost the whole day there! Because it’s a fascinating museum and we had fun. 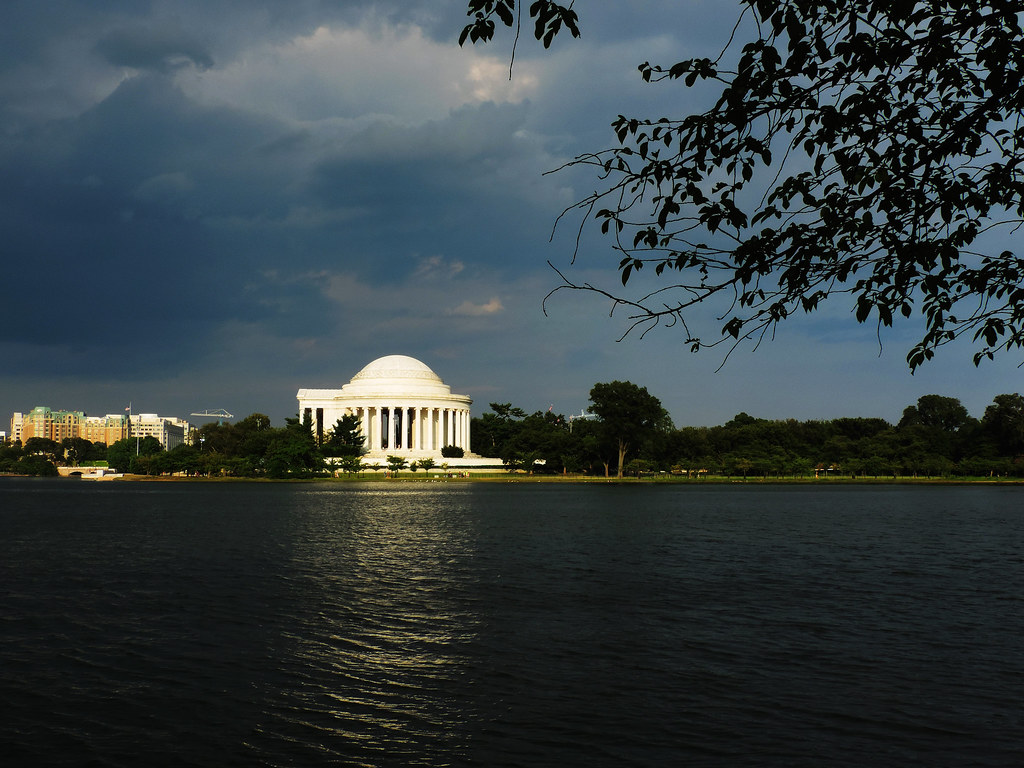 Thanks to Smithsonian’s museum closure at 5:30 pm we had some time for a beautiful late afternoon walk and sunset at Thomas Jefferson Memorial. We were lucky to catch a ranger talk, too, so an enthusiastic and kind ranger educated us a bit about this memorial.

On our last day we still wanted to go back to the Natural History Museum and then also visit the National Museum of American History. We then said sad goodbye to all the other museums (especially to Air and Space Museum and the National Zoo), because we planned to spend the afternoon with walking around that part of the Mall what we haven’t seen yet.

Our case with the Capitol… 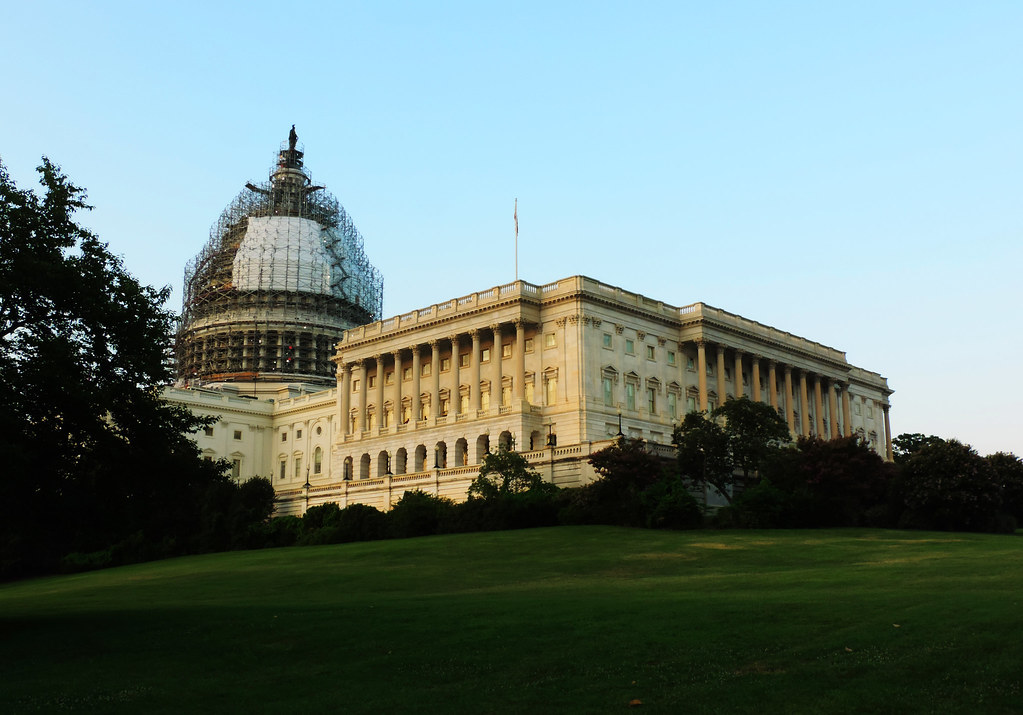 That included the U.S. Capitol, too. For which our timing couldn’t have been worse, because it was under reconstruction and it’s beautiful dome was closed during that time. We knew it in advance that this reconstruction will be started only a couple of days before our visit. But we didn’t want to change our other travel plans, because the validity period of our visa gave us a strict deadline to leave the country. 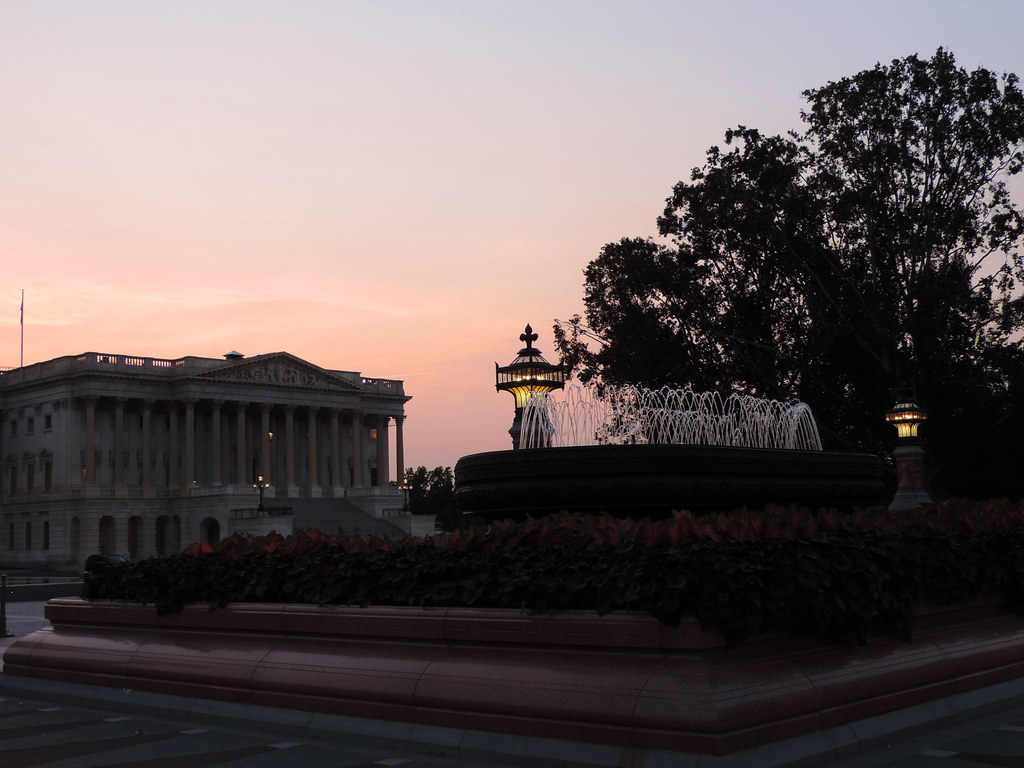 So we’ve seen the Capitol, at least part of it. But we haven’t been on the tour, because we just didn’t see the point doing a tour without seeing the real highlight from inside: the dome. Still the Capitol is a magnificent piece of architecture and one day we hope to see it in its glory.

Actually, the classical style of the buildings in the National Mall reminded us of European cities – and still this place is so very American! It’s charming to walk around all the beautiful buildings and in the nice parks and gardens. And it’s a paradise for someone who love taking photos of impressive architecture – yeah, a paradise for us, for example.

The best of all: everything is free! 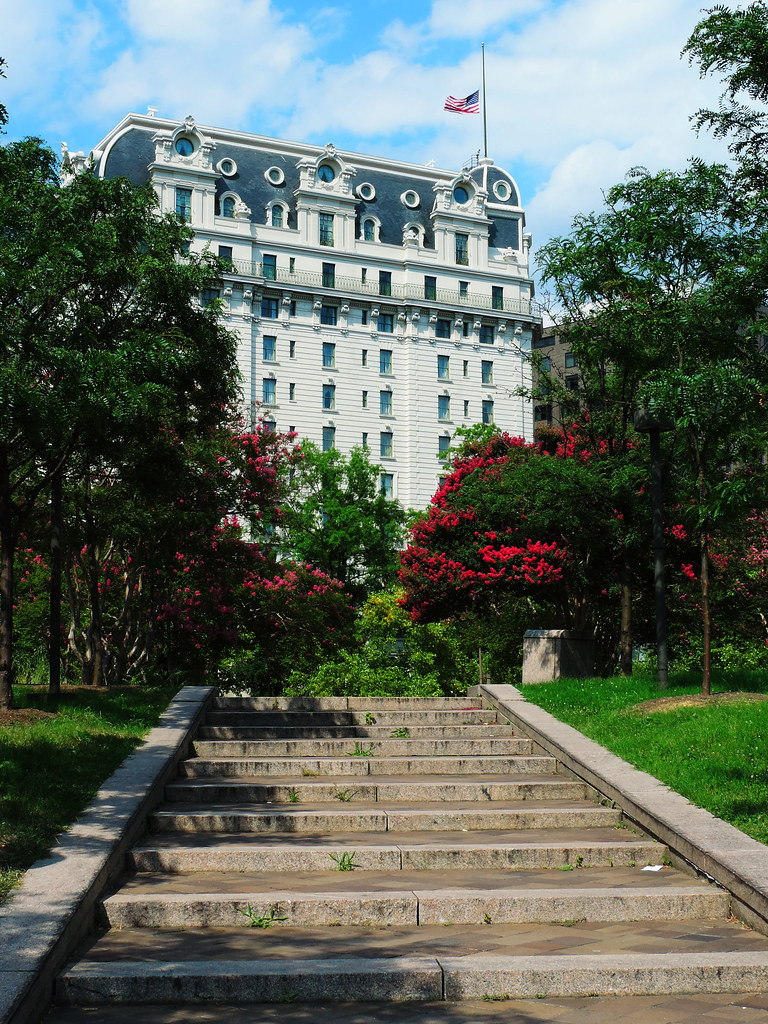 Our stay in DC was very budget friendly. First thing is that our accommodation was not in the center, rather we found a cheap motel in Virginia state which was about 30 minutes from the National Mall by subway.

The second thing is that we’ve paid for very few things in the National Mall, because all the attractions are free: the White House Visitor Center, all the Smithsonian’s museums, the Capitol tour, the Monument, the memorials… Only the IMAX movies in the Natural History Museum cost us money, but that luxury we could definitely afford. 😀 And all these things are not great just because they are free, we would rather say that in addition to that they are so great, they are also free! 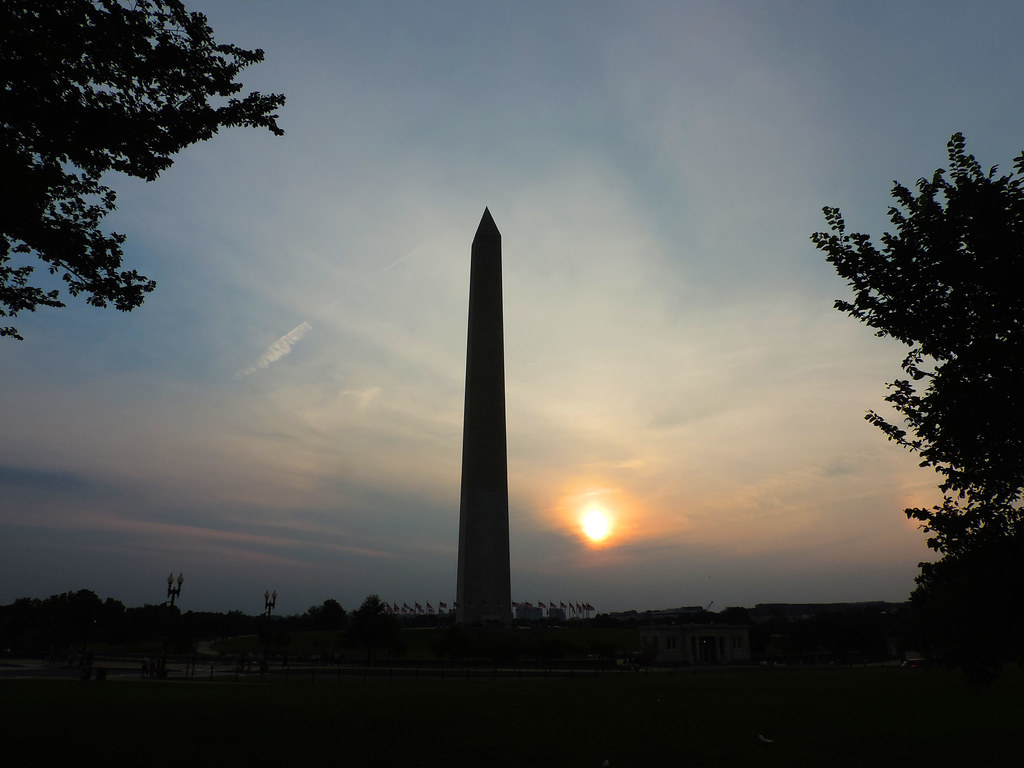 Well, dear Washington, D.C., we are pleased to meet you and look forward to seeing you again.

Do you love exploring new cities by walking, visiting places off the beaten path, tasting the best food what they offer? We have a surprise for you to make your sightseeing experience even better! Partnered with GPSmyCity we offer you cool self-guided city walks apps so you can easily be your own tour guide and explore all the wonderful attractions at your own pace.

Which city in the world do you want to visit next? Tell us in the comments and win one of the 20 FREE promo codes for a GPS Self-Guided walk app in the city of your choice!

For a list of cities that are covered, visit www.gpsmycity.com!