You read it right. The koala forest. Because things are this magical in Australia – until you’re eaten up by a crocodile. But wait, we’re in Victoria’s Great Otway National Park, crocodiles are far away from here, up in the North. Here you could only bump into venomous spiders and snakes – or koalas!

Of course, there’s no such thing as a koala forest, we made that up. They are called eucalyptus or gum tree forests. But some of them are home to a great number of koalas, and we are here to show you one of these.

Where to see koalas in the wild? 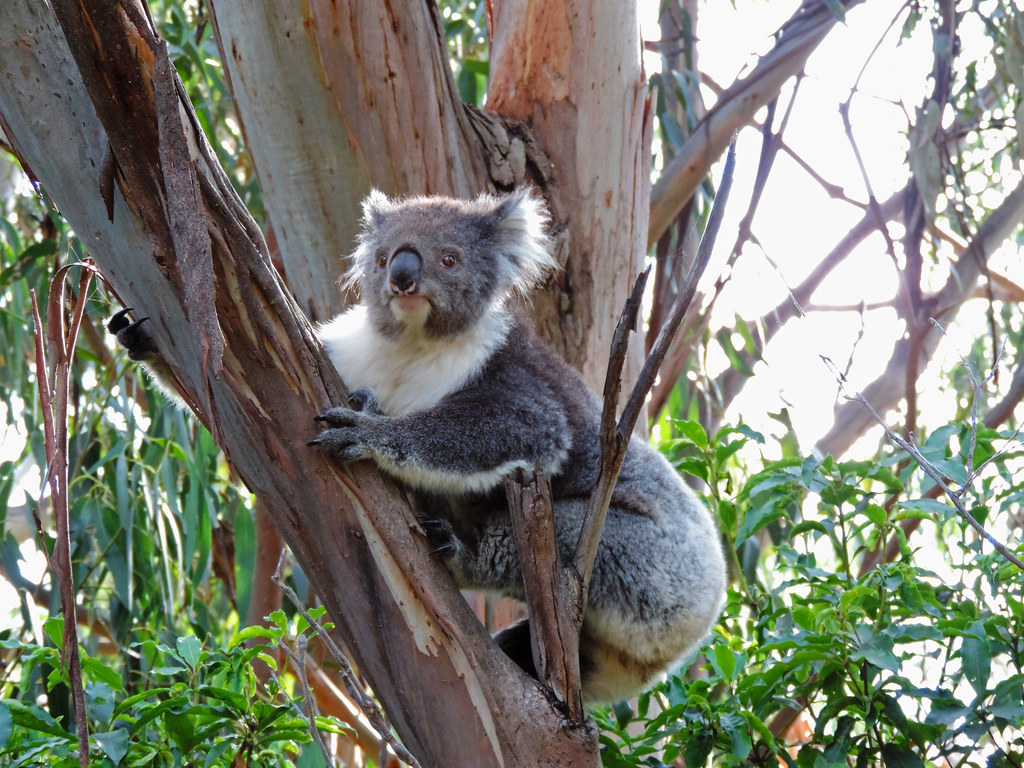 Koalas don’t live everywhere in Australia. Their habitat is the southeastern and eastern part of the continent – the states of Queensland, New South Wales, South Australia and Victoria. And they are not the easiest creatures to spot. They sleep and eat in the high gum trees. That basically means they spend their life in the gum trees, since they either eat or sleep. 😛 And they sleep a lot! Like 16-22 hours a day.

So you need to look up to spot them in the first place. And you need to find a forest where lots of koalas live in order to have a good chance finding some. One of the most well-known places to meet them in the wild is the Kennett River Koala Walk in Great Otway National Park. It starts behind Kennett River Holiday Park, and it takes you through a gum tree forest. 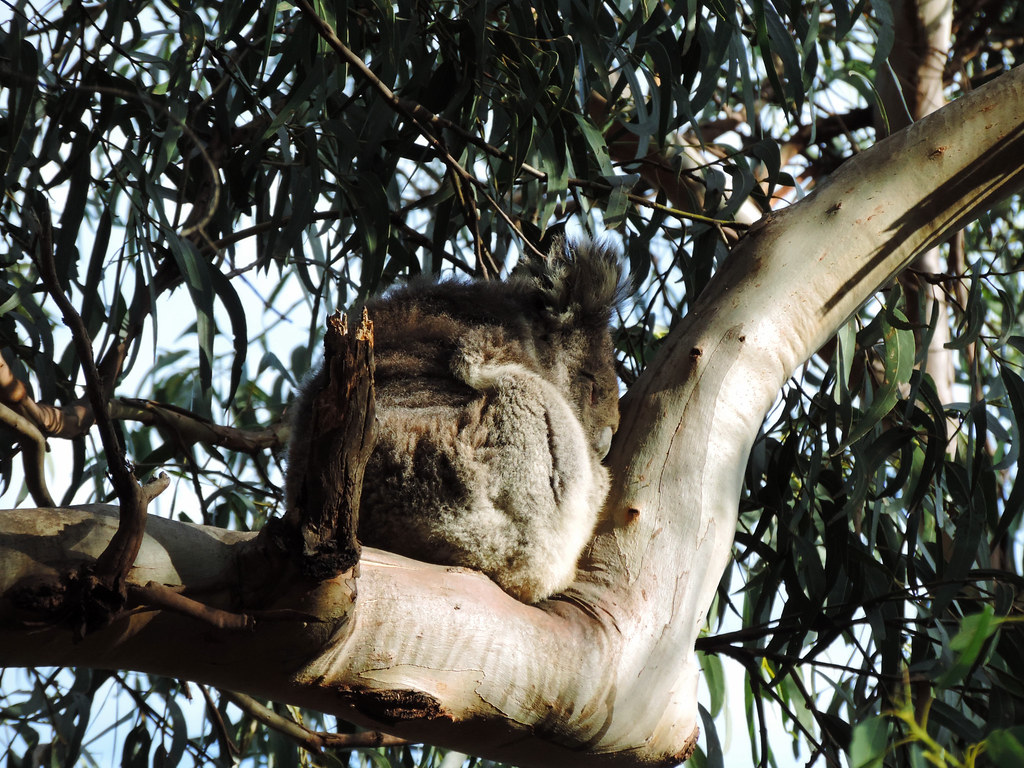 Once at the holiday park, we headed for an early morning walk along Grey River Road, a dirt track that runs through the gum tree forest. This is what’s also called the Kennett River Koala Walk.

It didn’t take long to spot the first fluffy ball. Then the second. Then the next. All of them were sleeping. And if you think it could be boring to walk for hours, gazing at sleeping koalas, I have to tell you that koalas amaze you no matter what they do (let it be even sleeping which is the case most of the times). At least they did amaze us. I mean, take a look: 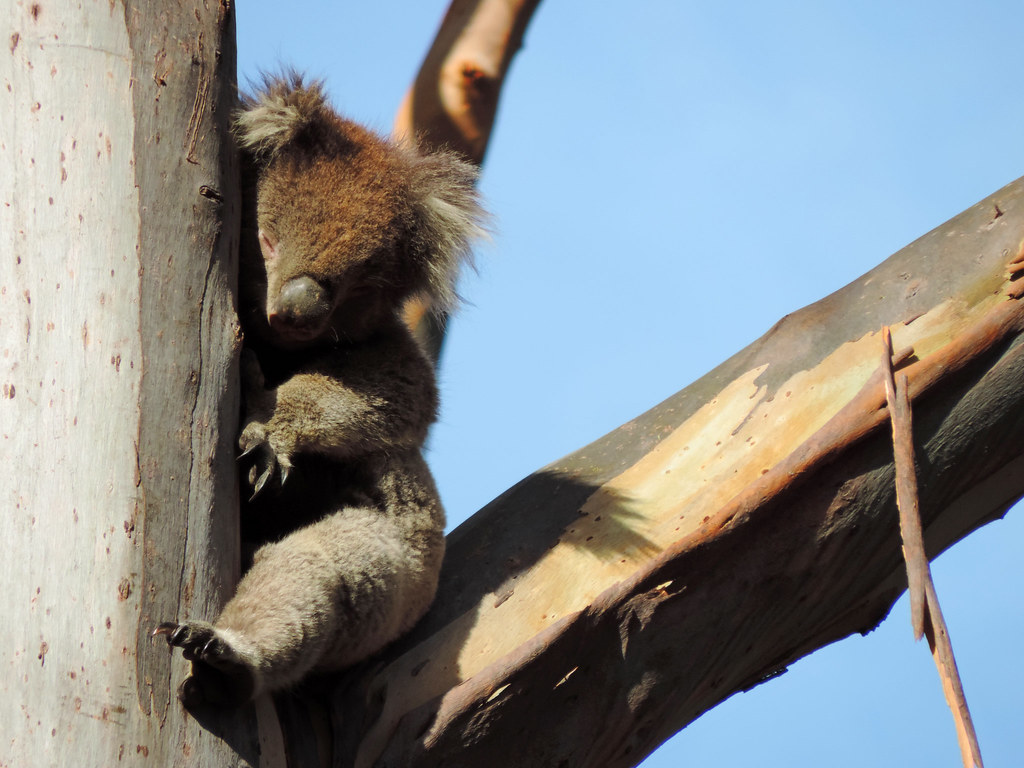 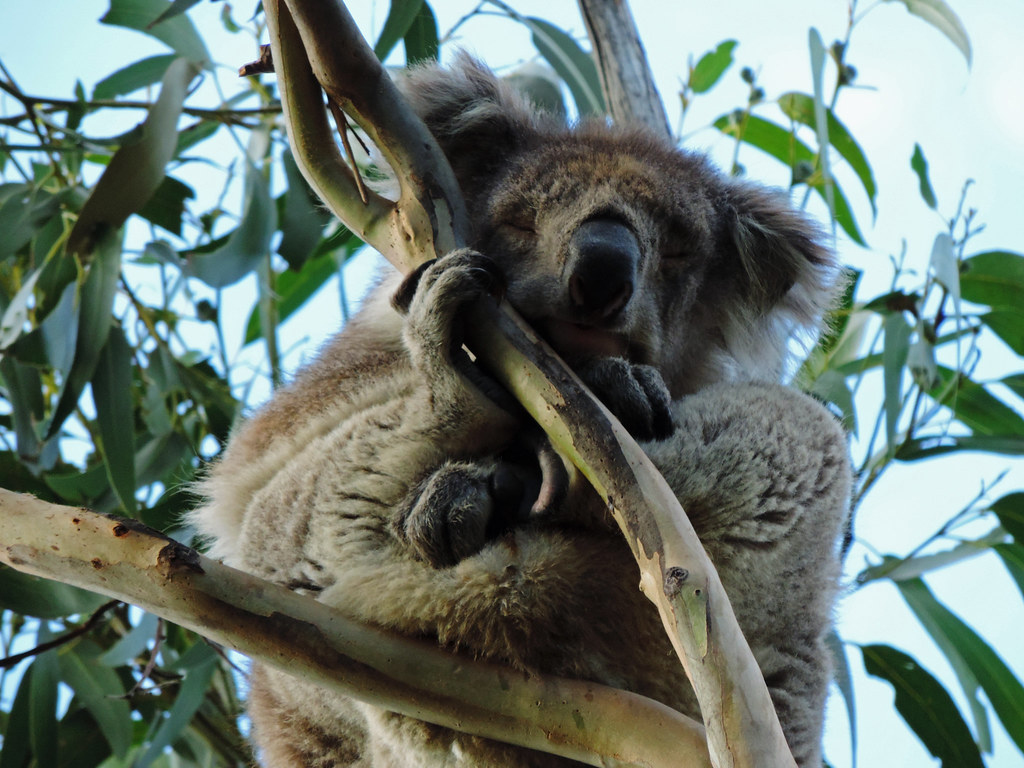 A couple of hours easily flew by as we walked in awe and took thousands of pictures. Then on our way back to Kennett River Holiday Park, we met our favorite koala in the whole forest. First of all, he wasn’t sleeping but eating. He was also very close to the road and wasn’t bothered about our presence at all. And last but most importantly, he was one of those rare animals on this planet who didn’t immediately turn his back on me when I started taking pictures of him. 😀

What about hugging a koala? 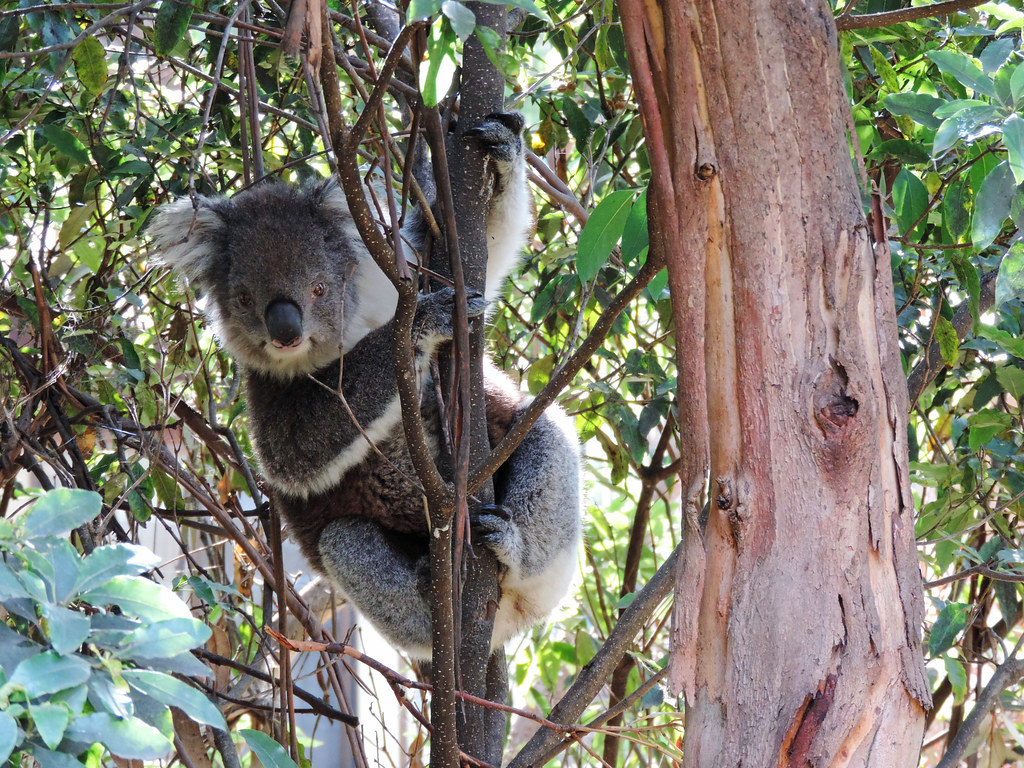 Before you ask, we didn’t hug him. Not because he was not cute enough (awh…he was). But you can’t just hug wild animals. Nor feed them. If you really love them so much, then you observe them from a safe distance – and that means they should feel safe, too, not only you.

If you’d love to hug a koala (which is totally understandable), the best thing to do is visiting a sanctuary where there’s an opportunity for that. Those koalas are used to humans, and the interaction is controlled and safe for both parties. We’ll tell you more about it soon… (Spoiler: yes, we did hug a koala in a sanctuary.) 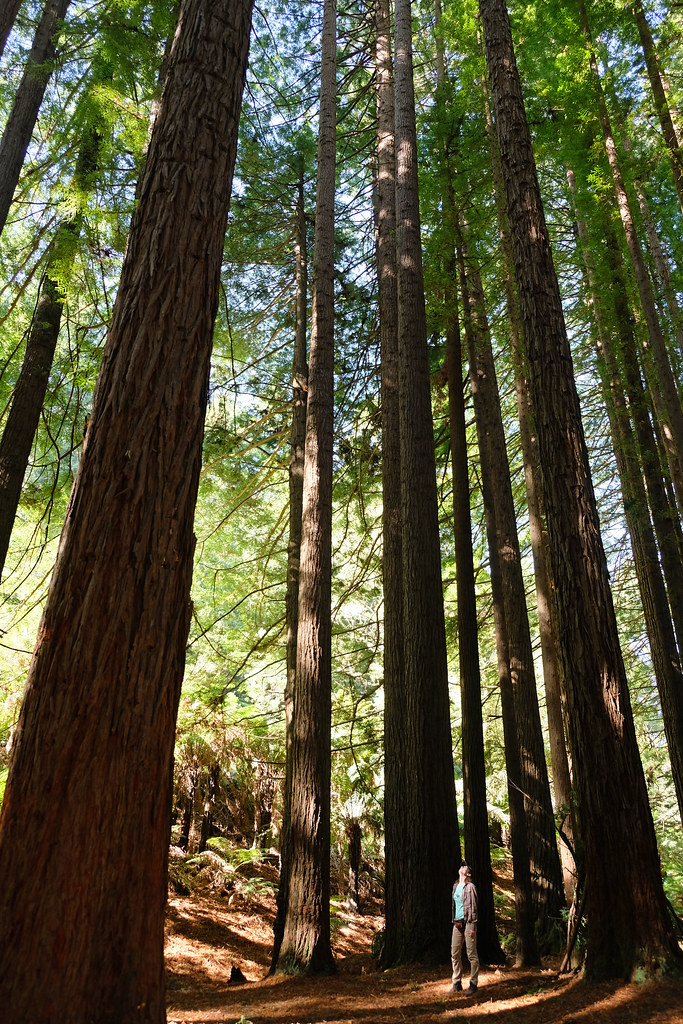 All in all, Great Otway National Park was worth a longer stop during our road trip along the Great Ocean Road. Koalas are definitely one of the reasons, but there are more. This national park is home to a temperate rainforest.

We enjoyed the shorter and longer walks in this wonderful land of lush green ferns, large trees and waterfalls. We even found a small forest of Californian Redwoods. These trees are the largest of their kind: the tallest trees on Earth. Of course, being only a couple of hundred years old, the Otway Redwoods are babies compared to those ancient giants we’ve seen in California’s Redwood National Parks. But let those babies amaze you, they will.

Have you ever seen koalas in the wild? Where?