Our first kayaking experience. In the beautiful unspoilt paradise of Kauai, Hawaii. Kayaking was not a bucket list item for us, not sure why, it just didn’t seem something significant. True. Significant is not the right word for it.

It was a serene, ‘just us out in the wild’ experience as we were kayaking down the peaceful Wailua River surrounded by all shades of green. Discovering the hidden little bays and inlets which cannot be reached on foot added a mystic charm to it. But the most tempting was kayaking into the heart of the tropical forest. That was the real reason we rented the kayak. 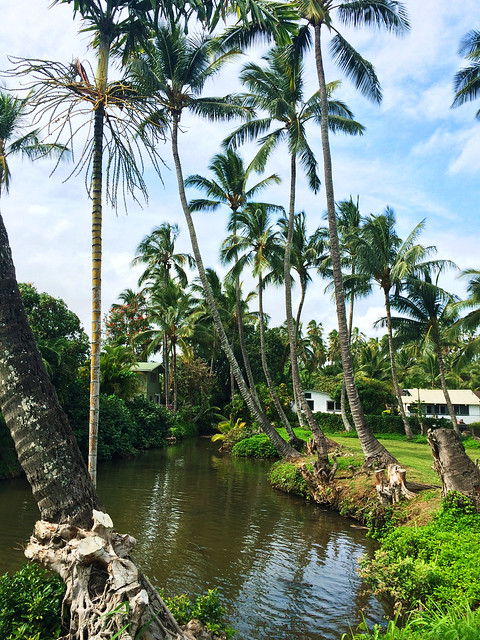 Reaching the unreachable: a small secret waterfall hidden in the middle of the jungle. The only way to get there is by kayaking down on Wailua River and then a short hike in the jungle. We used the kayak until we could. When the river became so shallow that we couldn’t go further that’s where the hike started.

The air was so vaporous that it was strange to breathe. We saw nothing but the green vegetation and the calm river, still everything felt so alive! Traces in the mud showed our way and groups of people ventured to the secret falls from time to time, so we never felt lost or alone. And the lovely waterfall suddenly appeared. Crystal clear and ice cold. 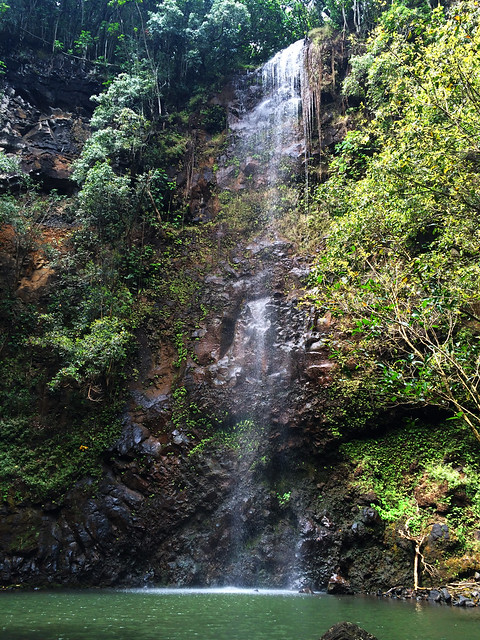 I swam in the pool and went under the falls, then laid down on a huge flat cliff to sunbathe. The place looked like the home of the forest fairy. What, you don’t believe in fairies? You will, at this place. Reaching the first houses on the riverside we realized we paddled out of fairyland. Of course, we haven’t. Fairyland was always in our minds and it just became richer and more beautiful.

I have always thought that kayaking is something adventurous. It could be. But our kayak and hike to the Secret Falls of Kauai was a beautiful and peaceful fairy tale.