Szeged is Hungary’s third largest city, and it’s often called the city of sunshine, because of the large amount of sunny hours it gets throughout the year. I’ve grown up in this lovely city, and loved growing up there. I also went to university and met with Csaba in Szeged. So I guess I’m a bit biased about it, but I’m also the right person to show you what you can love about Szeged. 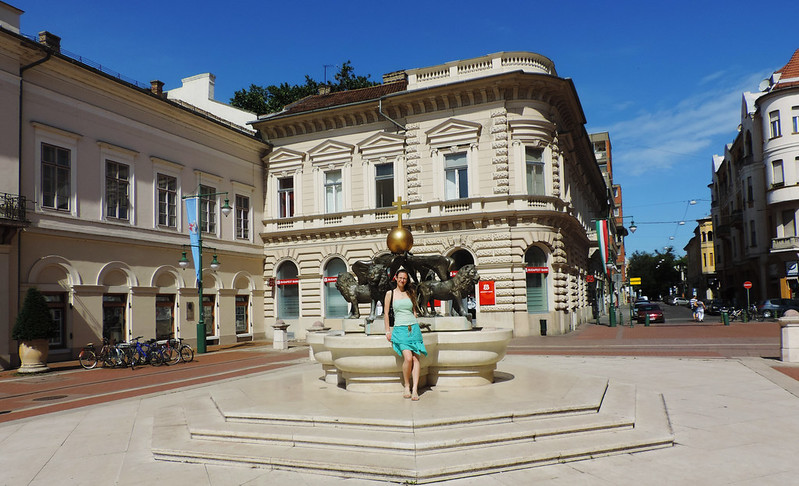 The city center of Szeged is charming, walkable, pastel-colored, full of flowers, and also full of restaurants and cafés. Tables and chairs are put out on the streets in good weather, and the main walking street, Kárász Street feels like one from a Mediterraen town in the summer. The fountains, statues and colorful flower beds on Dugonics and Széchenyi Square are especially pretty from mid-spring through mid-autumn. The redesigned and renovated gardens and fountain in front of Móra Ferenc Museum are also worth a visit.

It’s nice to take a walk on the shore of River Tisza with an ice-scream in hand. The promenade is renovated, too, and tempts with nicely organized parks, benches and large playgrounds for kids at any age. 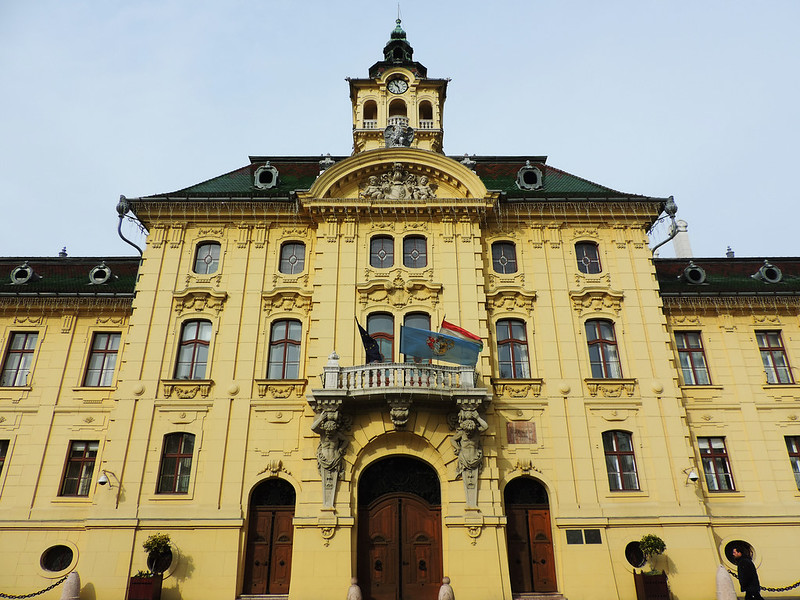 But where can you get that ice-cream? Or a slice of cake? The best confectioneries are REÖK Crafts Confectionery (REÖK Kézműves Cukrászda at Magyar Ede tér 2.), Hatos Rétes (on Klauzál Square) and Süti nem süti (Tisza Lajos körút 44.). Dock Café or Capella Café on Kárász Street are quite picturesque places to sip your café.

If you love wonderful architecture, Szeged won’t disappoint. Its Neo-Baroque Town Hall on Széchenyi Square, The Hungarian National Theater, Reök Palace, Votive Church and New Synagogue are the most famous buildings, but the whole city center is full of nicely renovated old houses. 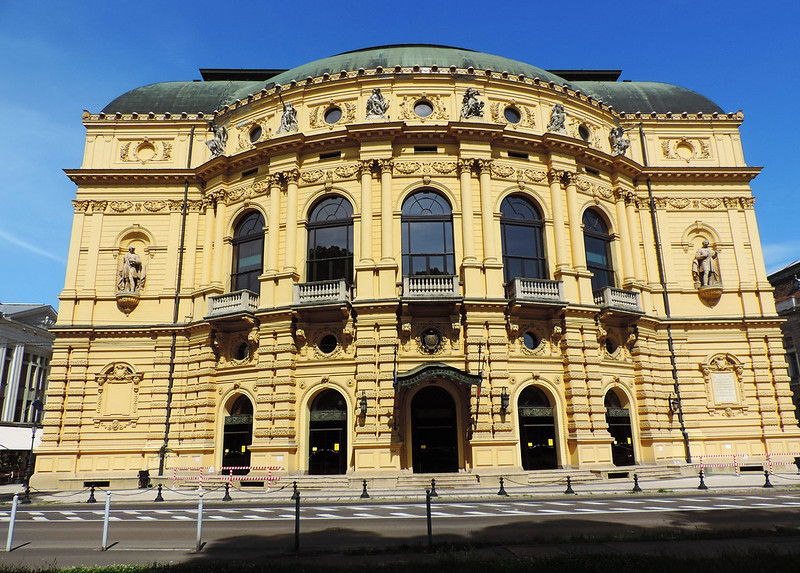 Why is Szeged so rich in Art Nouveau?

Art Nouveau was a new art style at the turning point between the 19th and 20th centuries, inspired by nature, its forms and structures. It has many names: Vienna Secession in Austria, Jugendstil in Germany, Art Nouveau in France and Belgium, Modern Style in England, Liberty style in Italy and Secession in Hungary.

Asymmetric shapes, unusual color combinations, new construction techniques and new materials are typical for Art Nouveau buildings. We are obsessed with this style, the colorfulness and playfulness of its masterpieces never cease to amaze us. Why do we mention this now? Because Szeged has plenty of them!

In 1879 a flood destroyed Szeged almost completely, and most of the European countries contributed to its reconstruction. The result: every style from the end of the 19th century is represented in the city, including aout 40-50 stunning pieces of Art Nouveau architecture.

The most famous Art Nouveau buildings 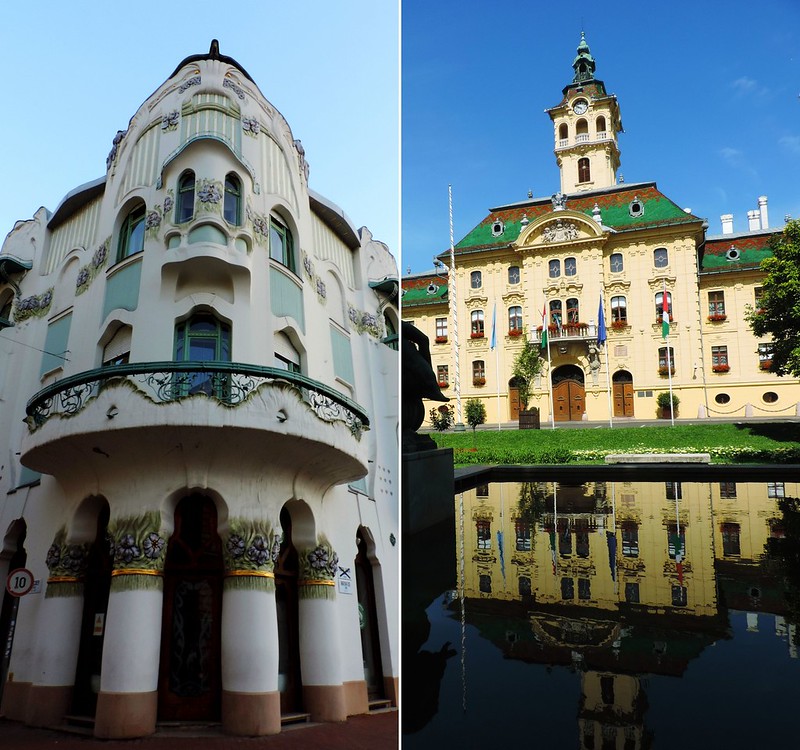 Here’s the list for you, with the exact addresses in the parentheses behind each one. Most of them are residential buildings or schools, so you can only take a look at them from outside. Exceptions are Reök Palace and the New Synagogue, they can be visited (more info if you scroll below).

We recommend looking for these buildings while walking around in the city center on foot:

Designed by Ede Magyar, the “Hungarian Gaudí” and built as a luxurious family mansion in 1907, Reök Palace could actually be a brother of Gaudí’s famous Casa Batlló or Casa Milà which were built around the same time in Barcelona. Its façade is richly decorated with flower motives and balconies.

4. The fourth largest synagogue in Europe 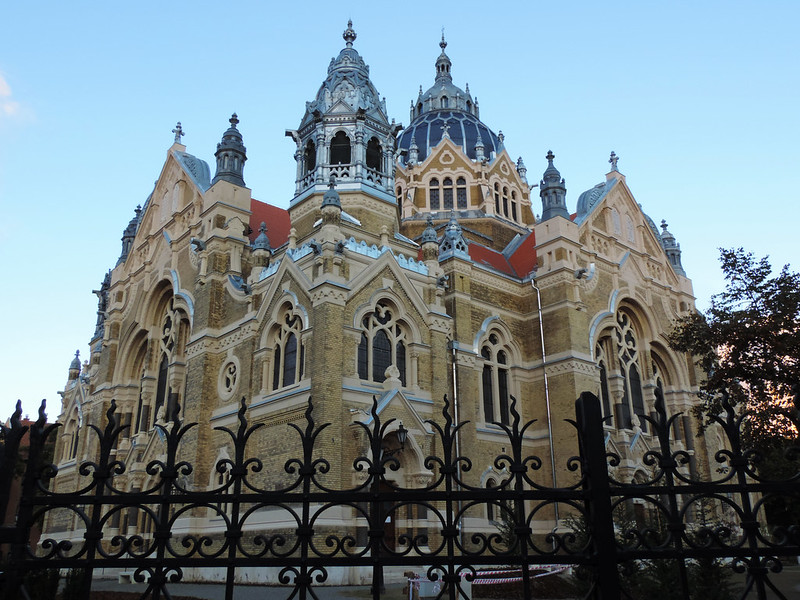 Szeged’s New Synagogue is actually the fourth largest synagogue in Europe, and the second largest in Hungary. 48 meters long, 35 meters wide and 48.5 meters high, it’s a giant beauty towering above the quiet streets of Szeged.

It was built between 1900 and 1902, and renovated in 2017. Thanks to its great acoustics, concerts take place there from time to time.

One can hardly pick a week between May and October when there’s no festival on Széchenyi Square, the main square of Szeged. Wine festival, beer festival, palinka festival, fish festival, Hungaricum festival. And then it continues with wine festival, beer festival… Okay, I’m exaggerating a bit here, but it’s really always something going on in the city center during summer. Not to mention the famous Open-Air Festival. Or the Christmas markets in December. 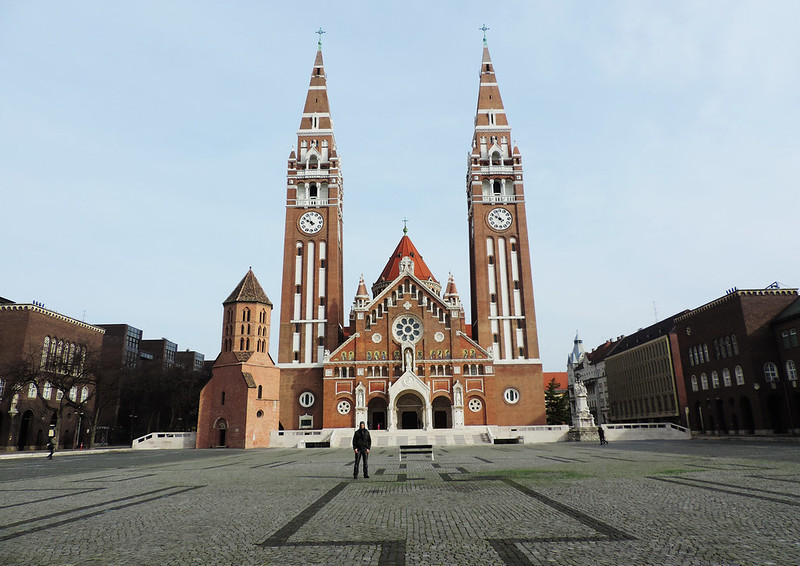 Taking place on Cathedral Square (Dóm tér in Hungarian) in front of the Votive Church, the Open-Air Festival of Szeged is the most famous in the country. It has been organized for more than seventy years. You can get up-to-date information about the upcoming performances here.

You may have already heard about the famous thermal spas of Budapest, but do you know that almost every city and a lot of smaller towns in Hungary have their own famous thermal spas? Our country is quite rich in natural thermal springs, and what’s better on a cold day than relaxing in the hot water of a pretty spa?

Szeged’s famous spa is Anna Thermal Bath. The building itself is a Neo-Renaissance beauty from 1896, and it was extensively renovated in 2004. It has a separate thermal bath and wellness section, so visitors can choose or buy a combined ticket to enjoy both. 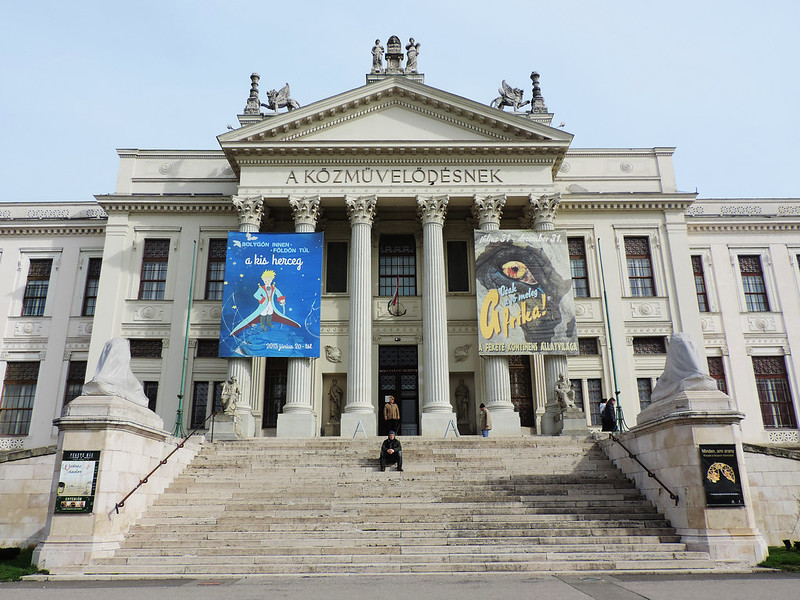 Szeged is a lovely and lively, walkable city. It’s just a 2 hours drive from Budapest and about 3 hours by train. Ópusztaszer Heritage Park is very close to the city, and it’s a place to learn about Hungarian history, culture, and traditions.

Have you heard about Szeged? Would you visit it?