Why Should You Visit Pécs, Hungary?

Why Should You Visit Pécs, Hungary? 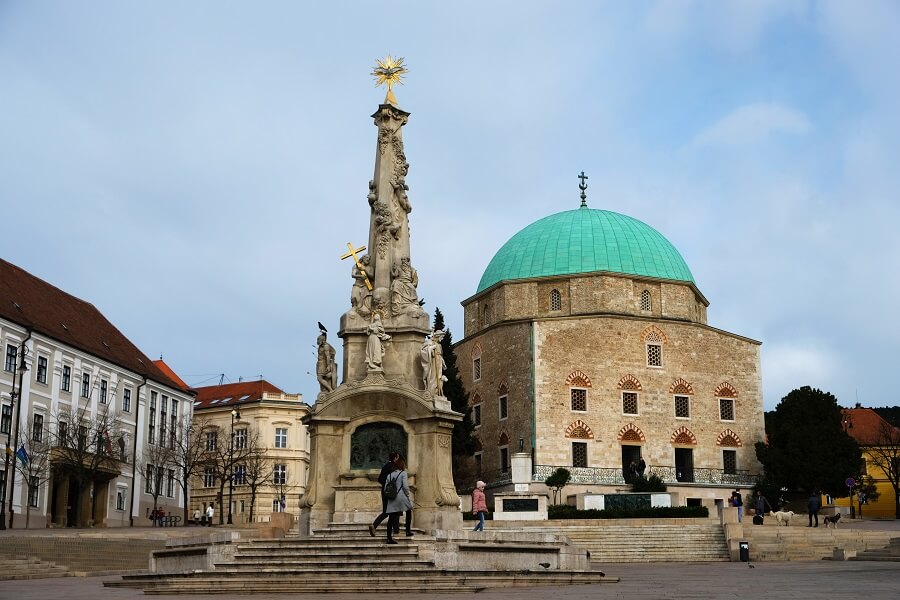 Budapest, our capital is well-known and touristy enough. But a lot of people visiting Hungary ask what else there is that’s worth seeing. Well, a lot! Like Pécs, the city of culture, one of our favorite Hungarian cities.

Pécs was selected to be the European Capital of Culture in 2010, so the amazing historical buildings and walking streets in the city center are nicely renovated thanks to this fact. It impresses with architecture from the Middle Ages, Baroque, Classicism, Rococo and Art Nouveau, and its heritage from the age of the Ottoman occupation is unique in the country. 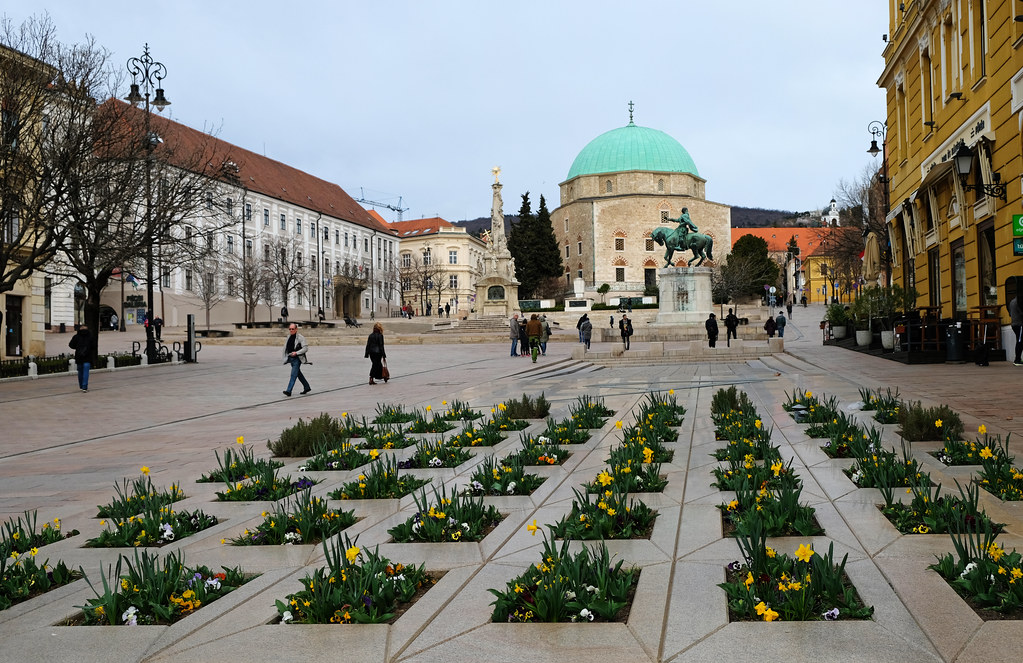 At the place where Pécs is today, a Roman city named Sopianae stood in the second century. Later it became a significant early Christian center, and today, it’s the loveliest city in Hungary, with rich cultural heritage and a chilled out vibe.

While it’s interesting to learn about the history of Pécs, the thing we loved the most is just hanging out in the center. Széchenyi Square is the main square enclosed by beautiful buildings such as the Mosque of Pasha Gazi Kasim or the City Hall. (Uhm… Is the name of this square familiar? Well, there’s probably a Széchenyi Square in every Hungarian city, and István Széchenyi is said to be “The Greatest Hungarian” – read about him here if interested.) 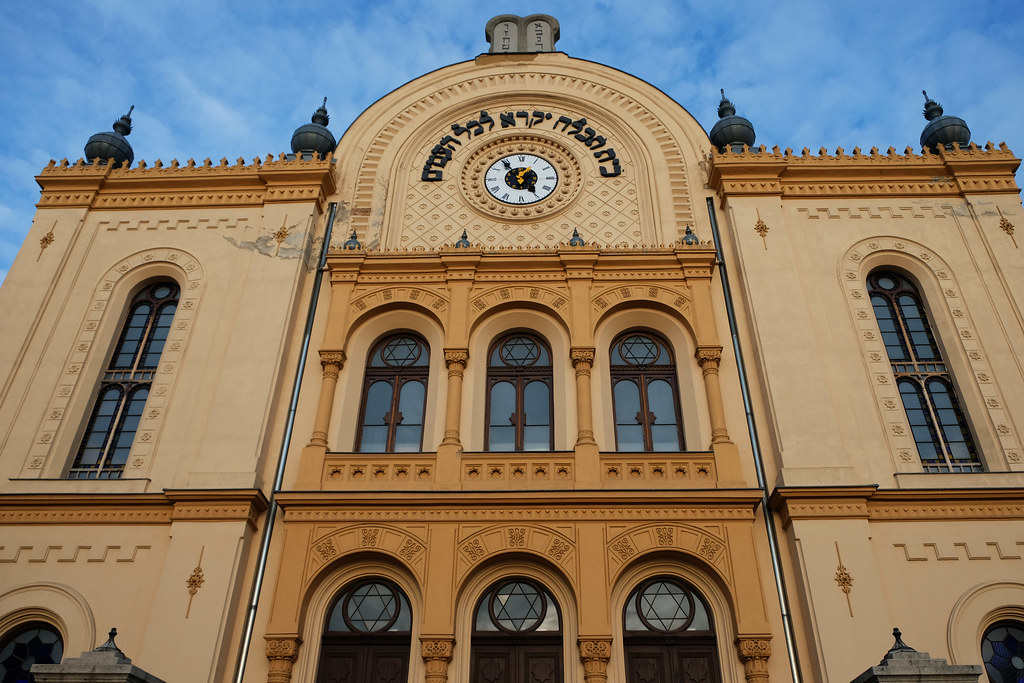 There’s not only one walking street in the center, rather the heart of the city is a walking zone itself. Király Street is the main walking street, with the National Theatre of Pécs, the Art Nouveau Palatinus Hotel, the oldest café in Hungary (called Caflish), Vasváry House and some more fabulous old façades. But all the surrounding narrow streets offer nice surprises. 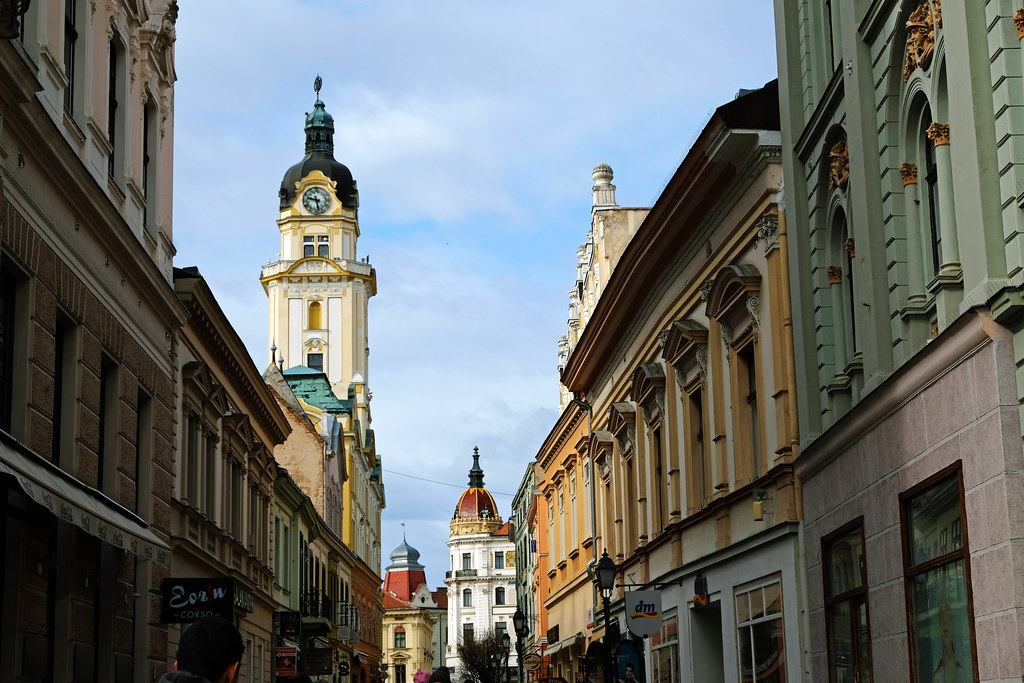 The majestic Cathedral of St. Peter and Paul, the Synagogue of Pécs, and even the old post office building are special pieces of architecture. And hey, there’s Hungary’s most popular place for lovelocks, too, if that’s your thing. You can find them on Janus Pannonius Street. 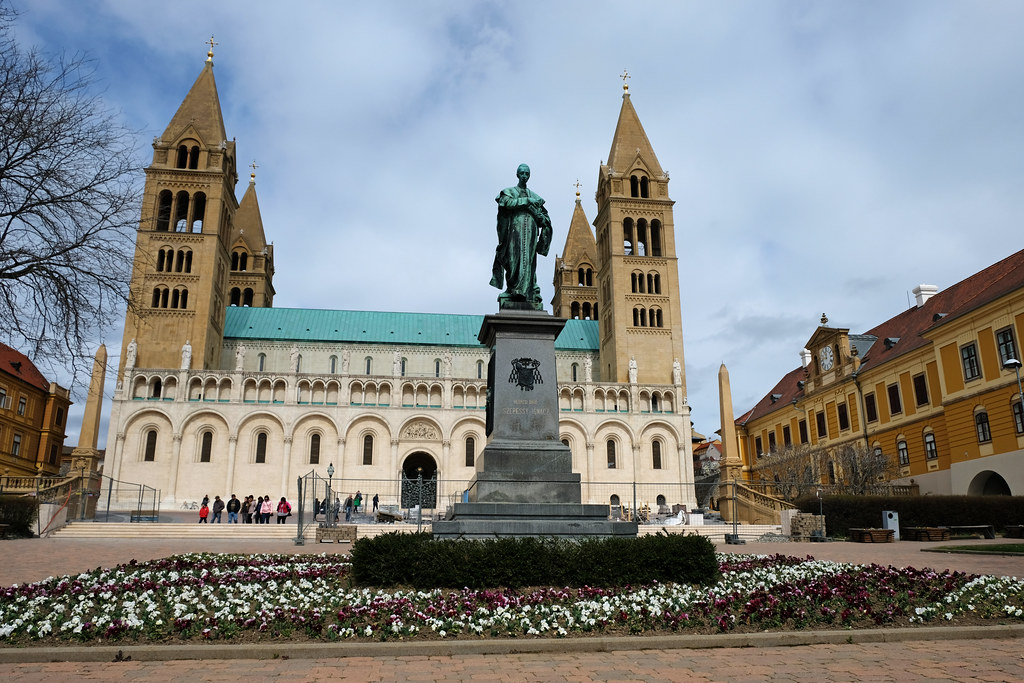 An ancient relic, the Early Christian Necropolis of Pécs with its underground burial chambers and memorial chapels is a UNESCO World Heritage site. It’s 4-6 meters below the ground – below Szent István Square and its surroundings. A modern visitor center gives access to the chambers and provides more information about their history.

Also, no other Hungarian city is that rich in Turkish architecture as Pécs. 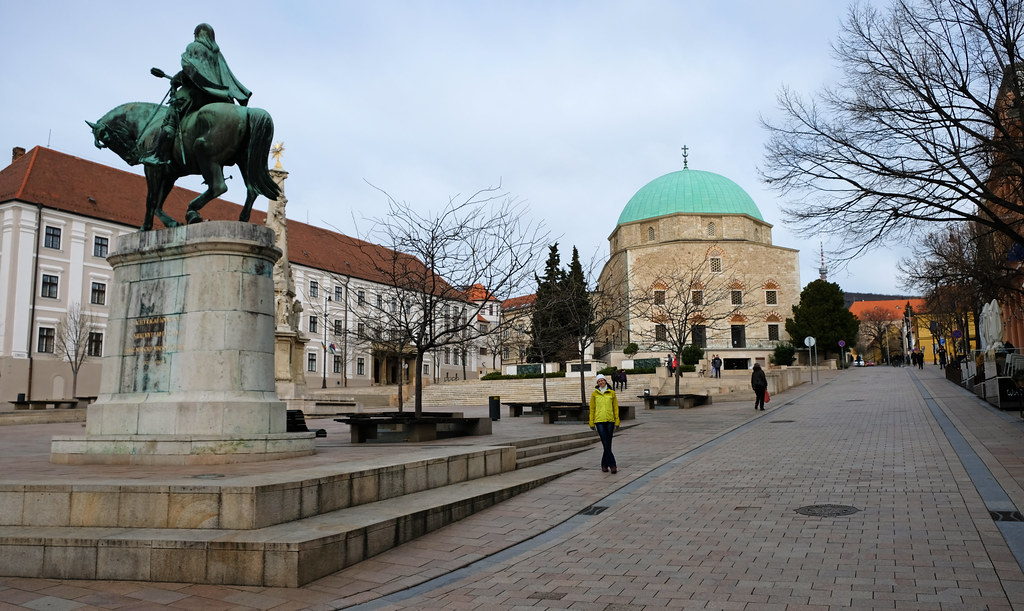 The Mosque of Pasha Gazi Kasim was originally a Gothic church that was turned into a mosque after the Ottoman occupation. It has all the typical Ottoman architectural elements, but today it operates as a Catholic church again. The combination of Muslim crescent moon and Christian cross on its dome symbolizes very well what a unique mix this church is.

Jakovali Hassan Mosque is the only Turkish age mosque in Hungary that has remained intact together with its minaret. Its interior is entirely in line with religious doctrines even today, and it’s used by the Muslims living in Pécs.

The türbe of Idris Baba and the ruins of the baths of Pasha Memi are also interesting remnants from the Turkish age.

Museums for the lover of arts 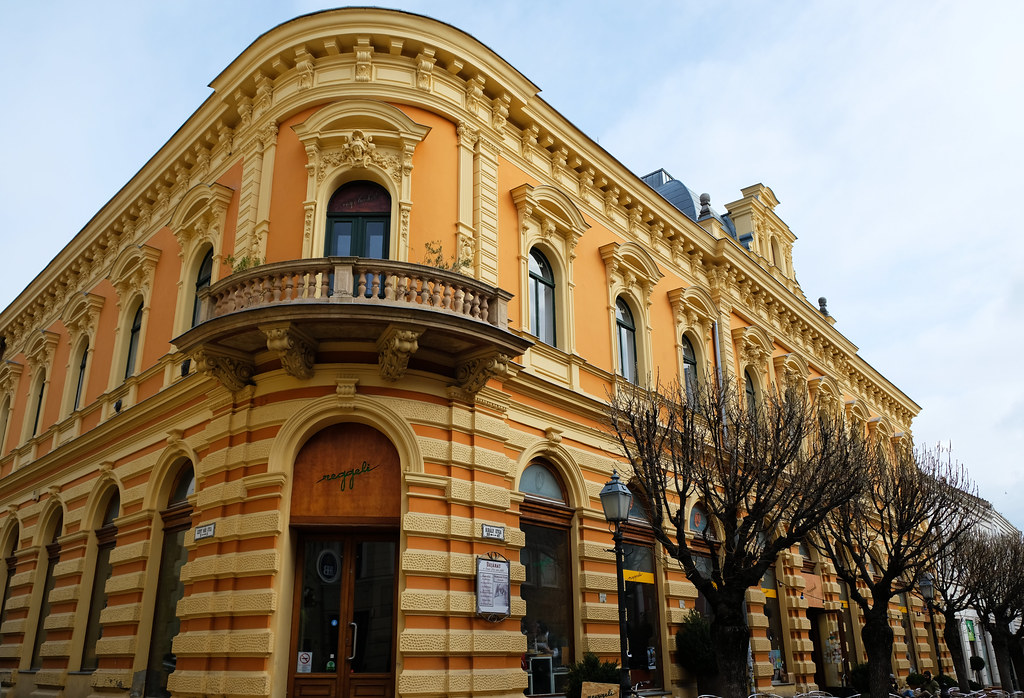 We usually prefer science or natural history museums to art museums, and most of the times we skip even the most famous art museums of the world. They are not our thing. We have respect, but no love. But there are two smaller art museums in Pécs that I actually enjoyed very much.

Csontváry Museum is a permanent exhibition of the most significant artworks of Tivadar Csontváry Kosztka, one of the first Hungarian painters who became known in Europe. He is a painter from the early twentieth century, and I especially liked his large landscape paintings. 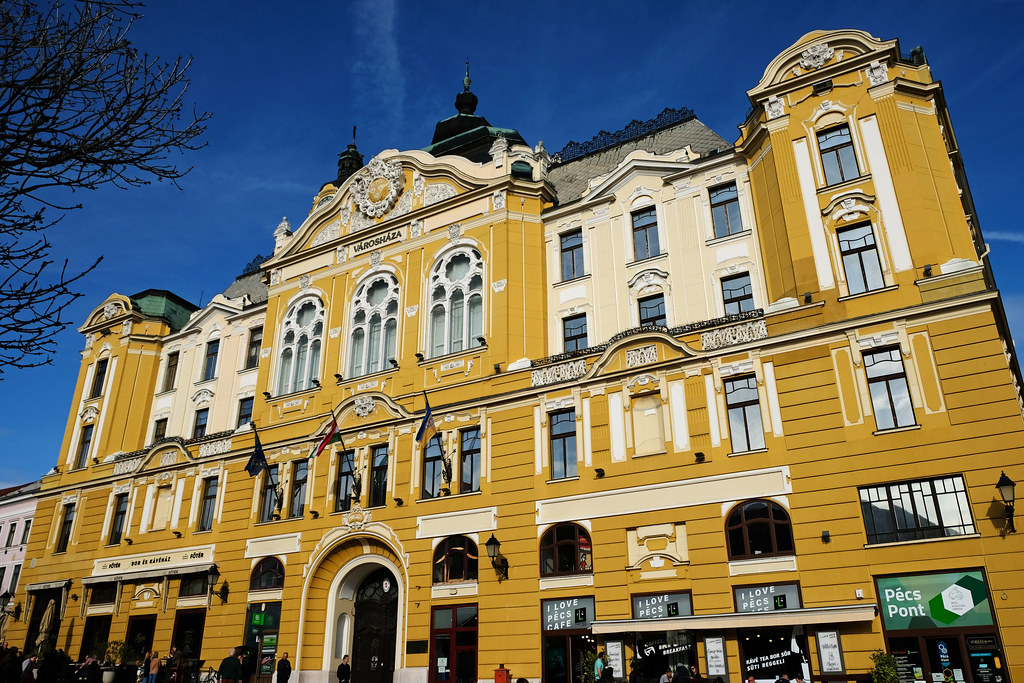 Vasarely Museum is a representative of a completely different style: the so-called Op-Art (optical art). Victor Vasarely, a Hungarian–French artist, often mentioned as the father of Op-Art, was born in Pécs. He donated a series of graphics, hundreds of silkscreens, tapestries, sculptures and serigraphs to the museum of Pécs which is on display in Vasarely Museum today. The playfulness of these artworks and the optical illusions are so much fun!

Have you heard about Zsolnay Porcelain? 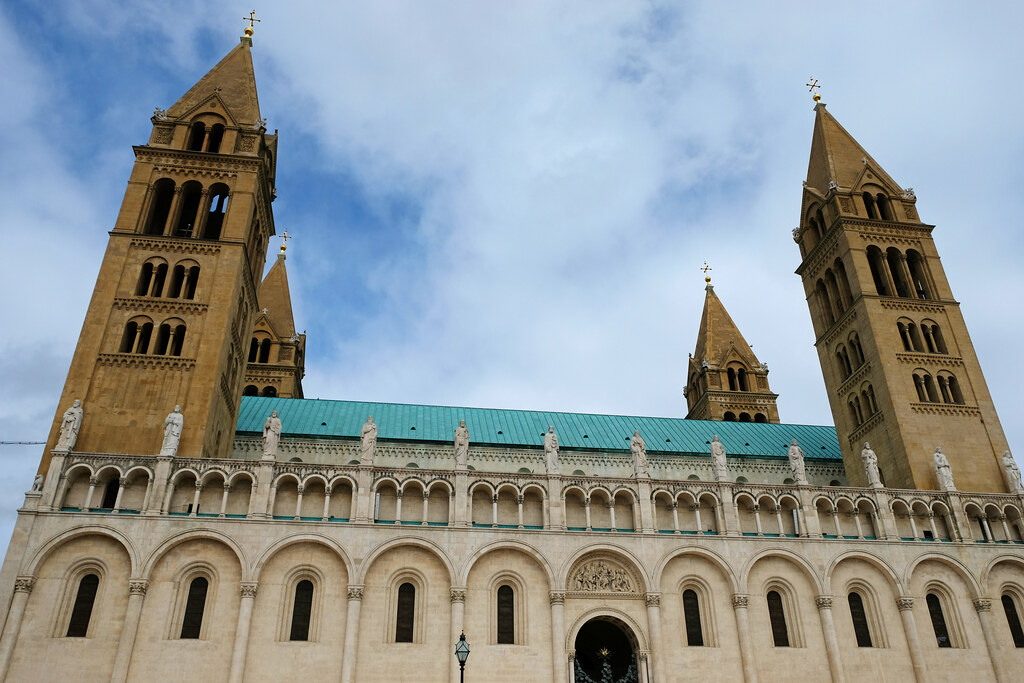 Zsolnay Porcelain Manufacture was established in Pécs, and their unique handmade products are world famous. Their ceramics were widely used by many famous Hungarian Secession architects such as Ödön Lechner, Miklós Ybl or Imre Steindl. It can be seen as decoration in buildings such as Matthias Church (Budapest), the Hungarian Parliament (Budapest), Museum of Applied Art (Budapest), Gellért Baths (Budapest), Kecskemét Town Hall, Szeged Town Hall or Subotica Town Hall (in Serbia). 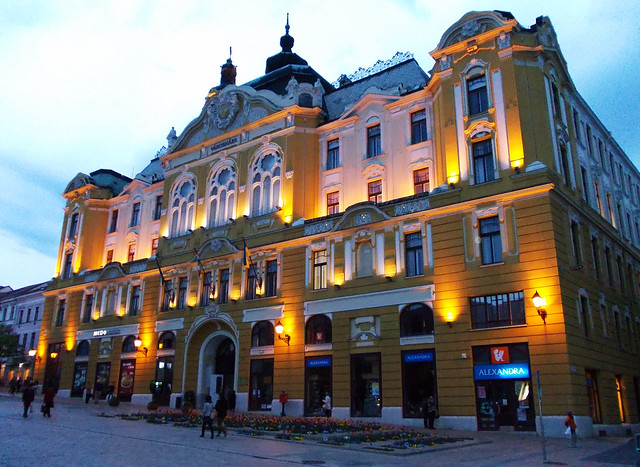 Our favorite museum in Pécs is by far the Zsolnay Museum established in the Zsolnay family’s former home (Káptalan Street 2). There you can get to know more about the family, the history of Zsolnay, and unique masterpieces are also on display. We are definitely not experts in porcelain (neither in arts in general), but even we could recognize how unique these pieces are.

As part of the renovations for the 2010 European Capital of Culture, a whole cultural and recreational district has been set up around the Zsolnay factory buildings. 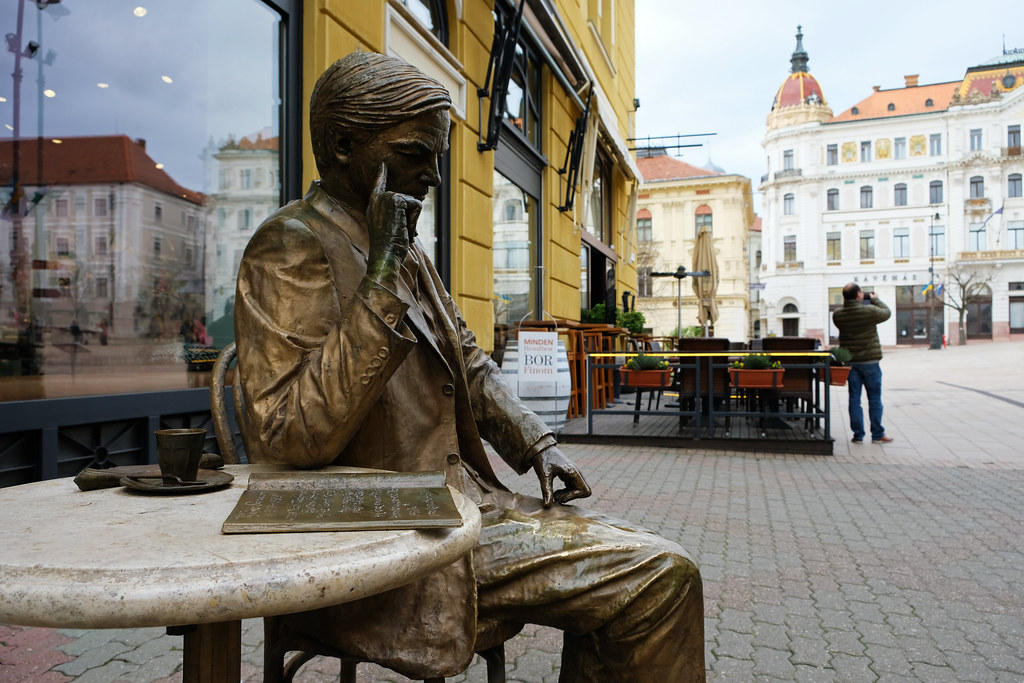 On our recent visit (April 2019) we stayed in Szamárkút Panzió. It’s a lovely pension in a quiet neighborhood, but still not too far from the city center. It offers free private parking which was an advantage for us, because we arrived from Budapest by car.

Whatever your preferences are in terms of location, budget, or parking, there are tons of accommodations to choose from in Pécs, feel free to browse here. 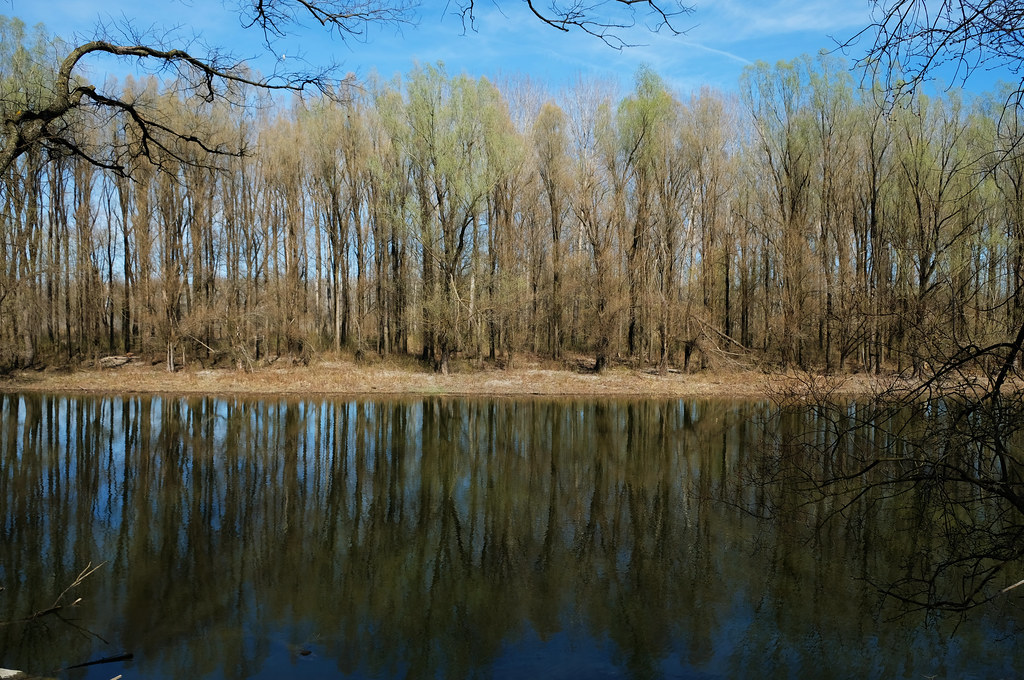 Pécs is 2 hours drive from Budapest, and it’s about 3 hours by train. The city center is small and easy to explore on foot.

Other places worth exploring near Pécs are the medieval castle of Siklós, Villány Wine Region or the Danube-Drava National Park. Swim in Lake Orfű in the summer. Visit the karst cave of Abaliget. Nearby Mecsek Mountains offer countless hiking opportunities.

How much time do you need to see Pécs? One day is enough to comfortably walk around in the city center. Add one or more days if you’d like to visit museums. Add a few more if you’d like to do some day trips and hikes in the area.

Have you ever been to Hungary? Would you visit Pécs?