Honestly, out of the 10 national parks of Hungary, Hortobágy was the one we were least interested in. There, I said it. And there’s nothing wrong with that. Because Hortobágy National Park is plain, and we are so in love with mountains. But could you live an hour drive from a national park and not visit it? We decided we can’t. It should be a national park for a reason after all.

Why Hortobágy National Park is significant? 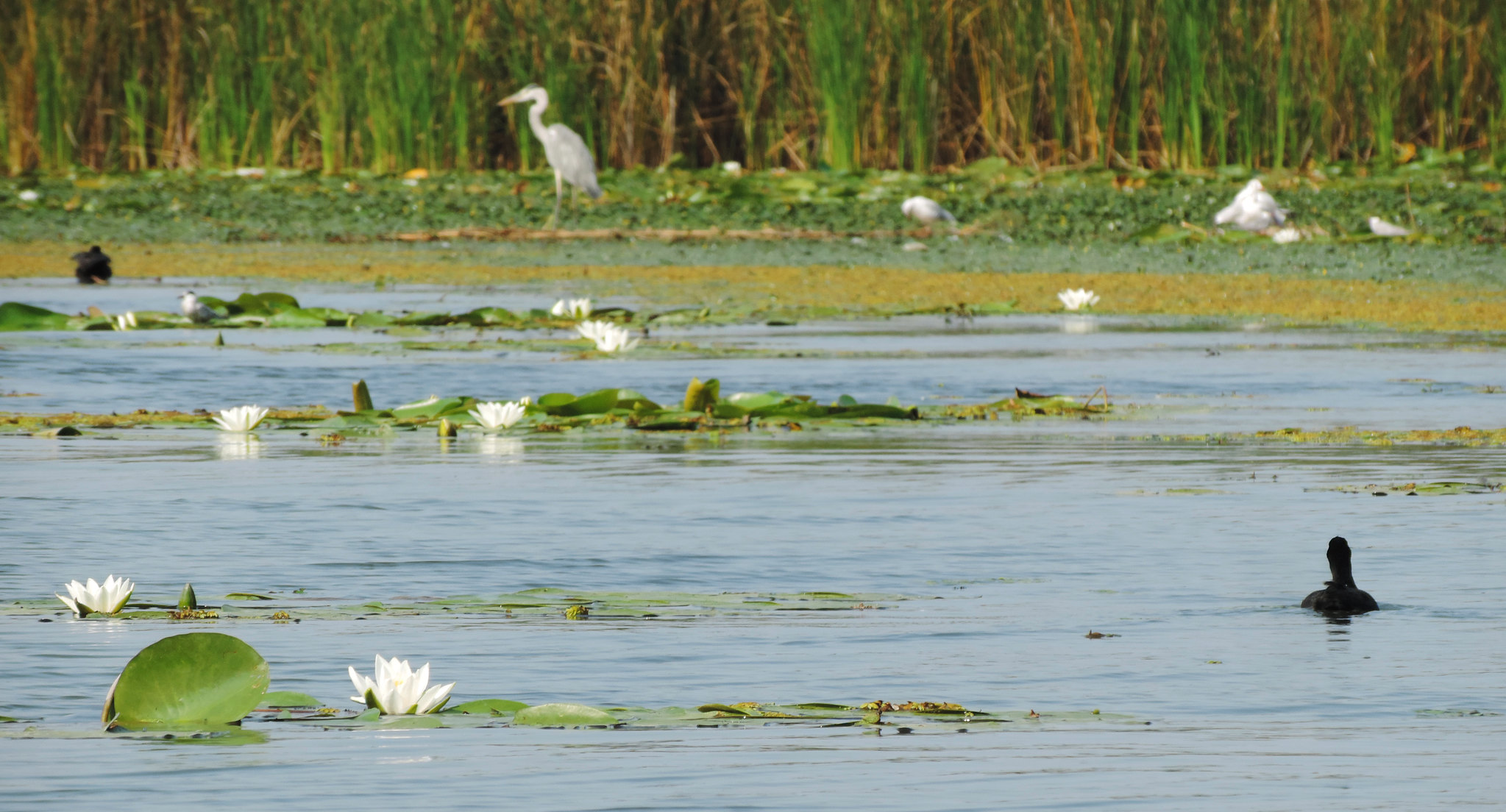 Actually, there are several reasons that Hortobágy is a national park and also a UNESCO World Heritage Site – not natural, but cultural. This vast area of plains and wetlands in eastern Hungary is called Puszta in Hungarian, and the official UNESCO site also calls it “the Puszta”. It means the eternal grassland and some more. I guess it’s like salami or palinka. It’s so Hungarian that it’s not even worth trying to translate it. 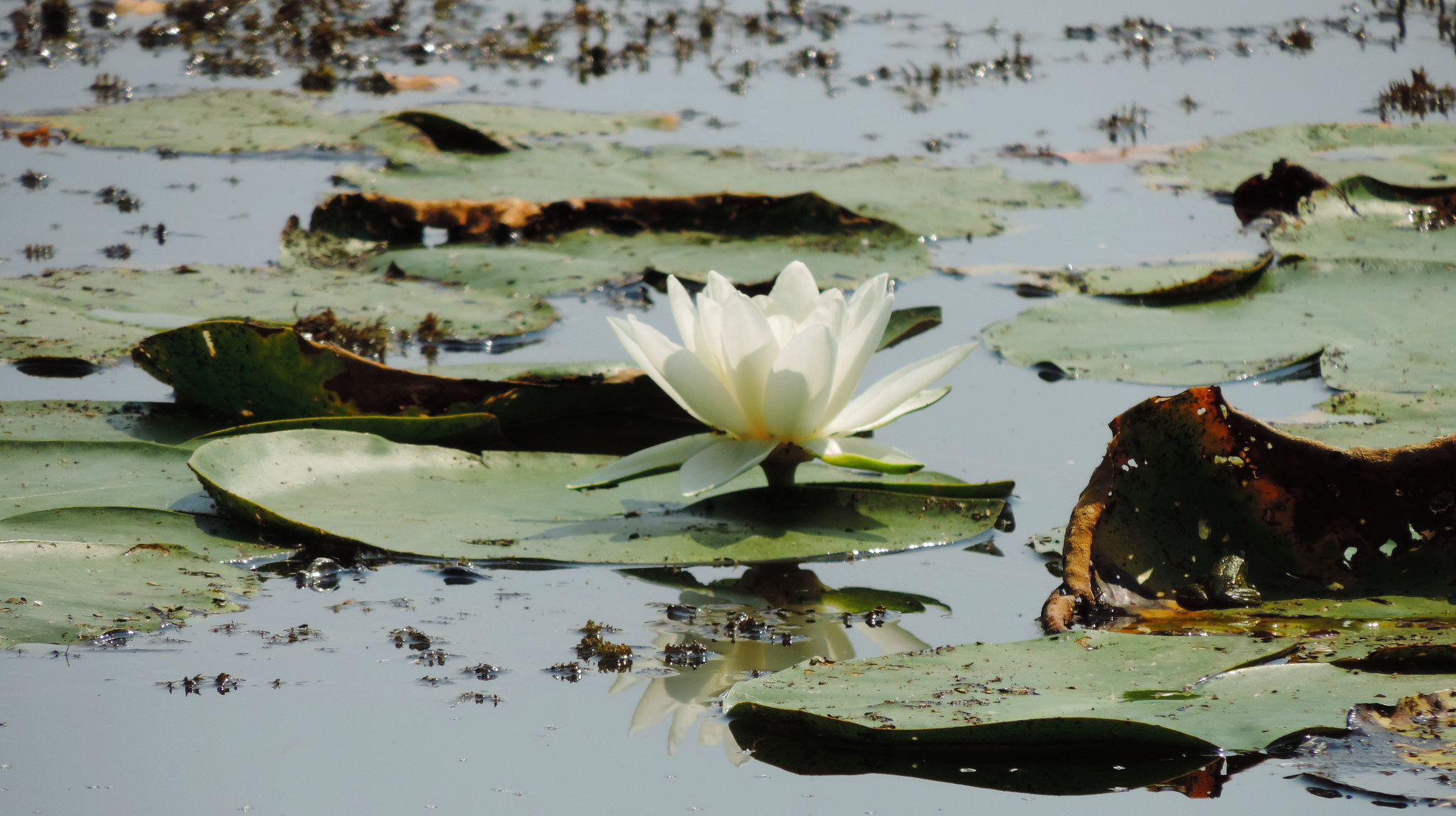 Hortobágy is a unique example of the harmonic interaction of man and nature. The traces of its traditional land-use forms are still visible today. “The Puszta” means grazing grey cattle herds, Racka sheep flocks or horses – the iconic animals of Hortobágy. It also means traditional roadside inns (called csárda in Hungarian), shaduf wells and the unbroken horizon as far as the eye can see.

However inspiring this landscape was for a lot of poets and writers, we found it challenging to enjoy. Because what can we actually see there? The eternal grassland and the grazing livestock. It’s an idyllic scene. But what else can we see? Any scenic trails? No mountains, obviously. (I know we’re the worst.) But maybe some trees? Or something other than just grass? 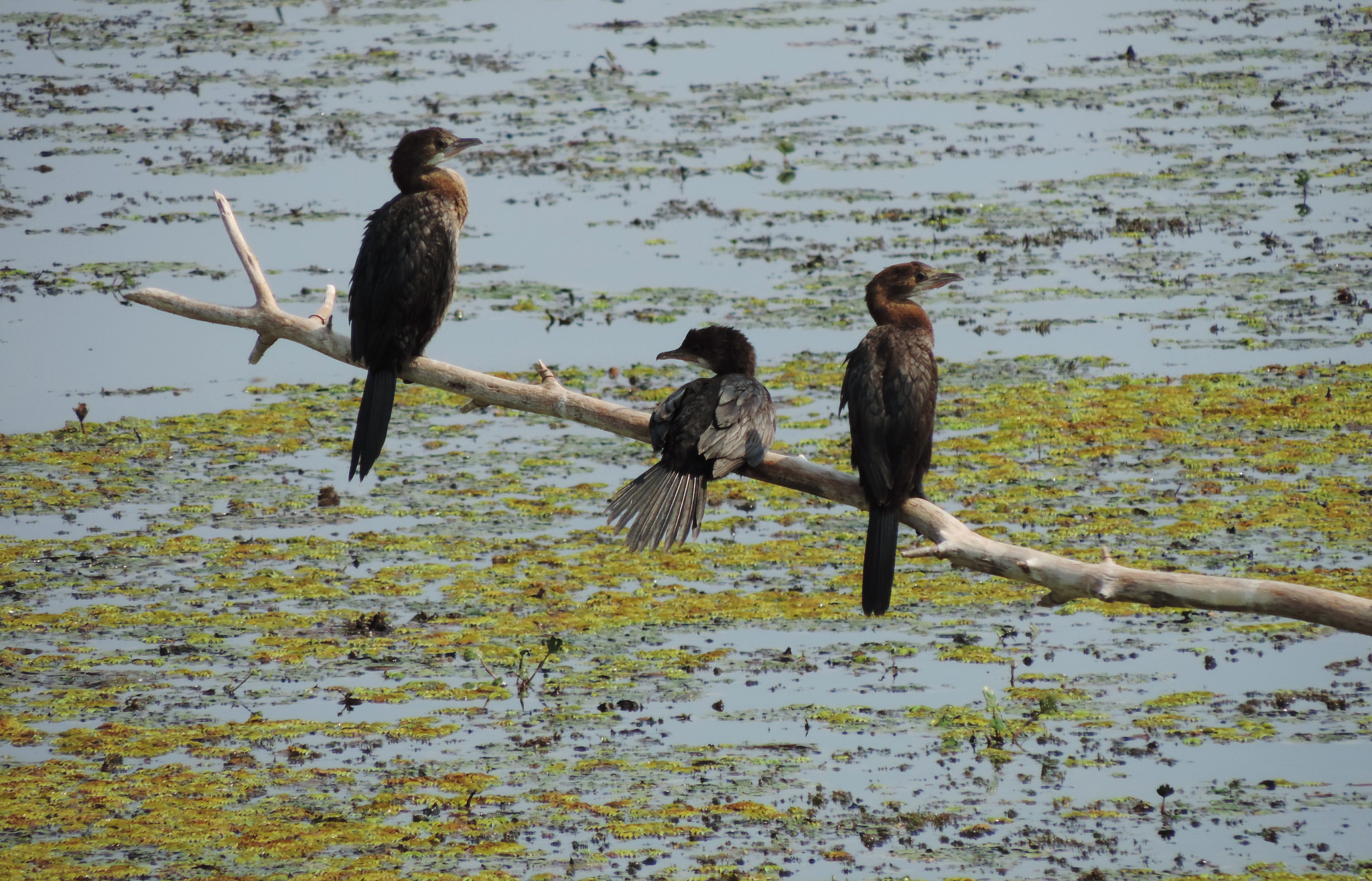 Fortunately, Hortobágy is a grassland-wetland mosaic habitat. And wetlands are rich in bird species. So we signed up for a guided bird watching tour. It happened about 2 years ago.

We ended up walking in the pouring rain for a couple of hours without seeing anything else than grass and a few bushes and trees. And no birds. Of course, birds – unlike us – found shelter from the rain. Anyway, after this guided walk we didn’t feel the urge to return to Hortobágy for a while. We can get soaked in mountains, too, after all. And they are at least pretty.

Lake Tisza, a paradise for bird-watchers 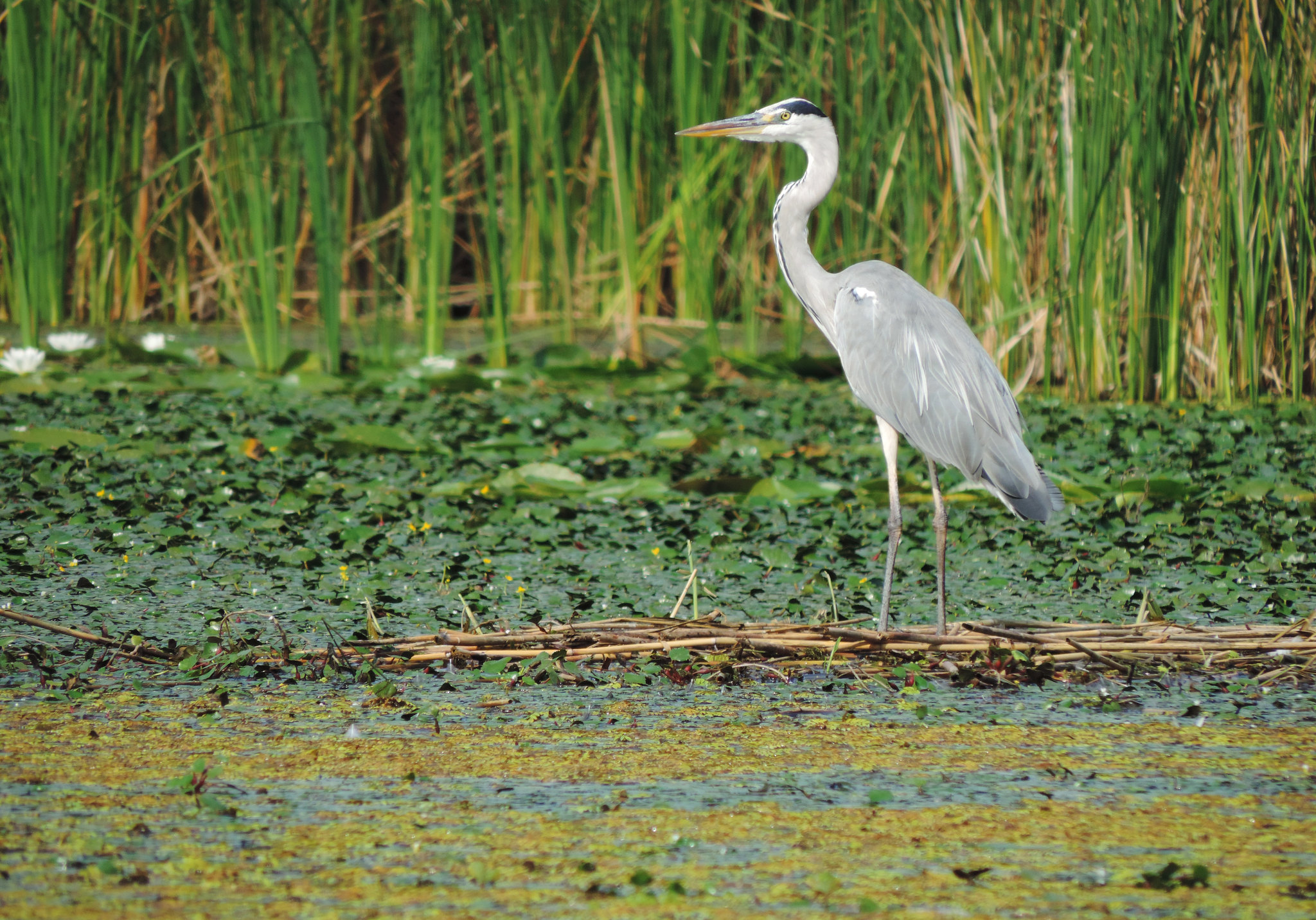 Then came a sunny weekend this summer. We were thinking about a day trip somewhere close to Budapest. Lake Tisza caught our eyes. It’s a different part of Hortobágy National Park than where we’ve been. And it’s a big lake. Lakes are nice, aren’t they? We agreed to give Hortobágy another chance. And Lake Tisza turned out to be an exciting place.

If we wouldn’t have known, we couldn’t have figured that it’s an artificial lake – the largest one in Hungary. Its life started as part of the ongoing Tisza River flood control project in the 1970s. And today it’s a diverse land of zigzagging channels, reedy areas, water passages, wide blue water areas and flood basin forests. It’s home to countless bird species. Its surface is decorated with colorful wetland flowers.

Educational trail on the water at Lake Tisza 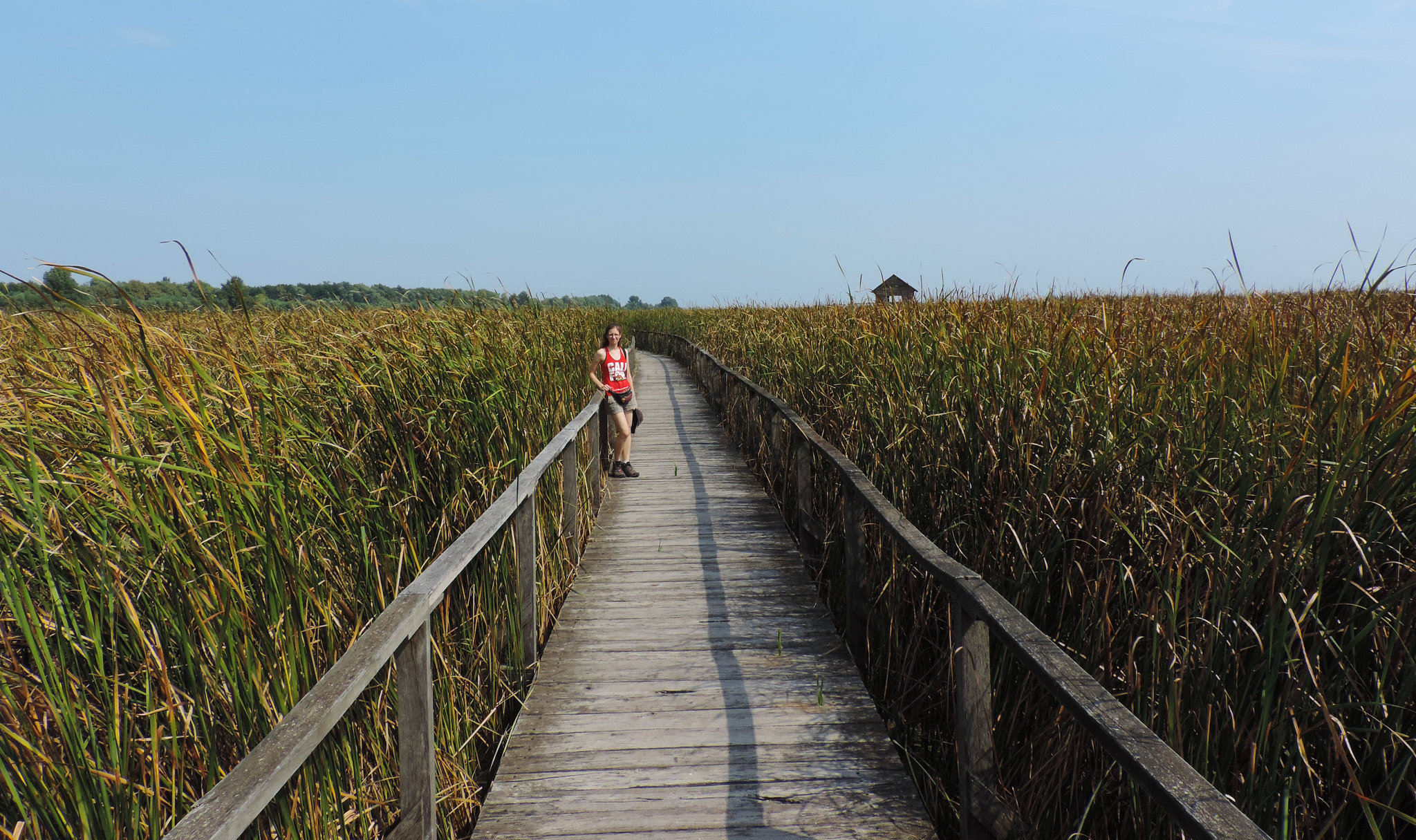 There’s an educational trail that offers a close view of this unique wetland, because it’s built on the water. The 2 kilometres long boardwalk is actually built in the middle of Lake Tisza. 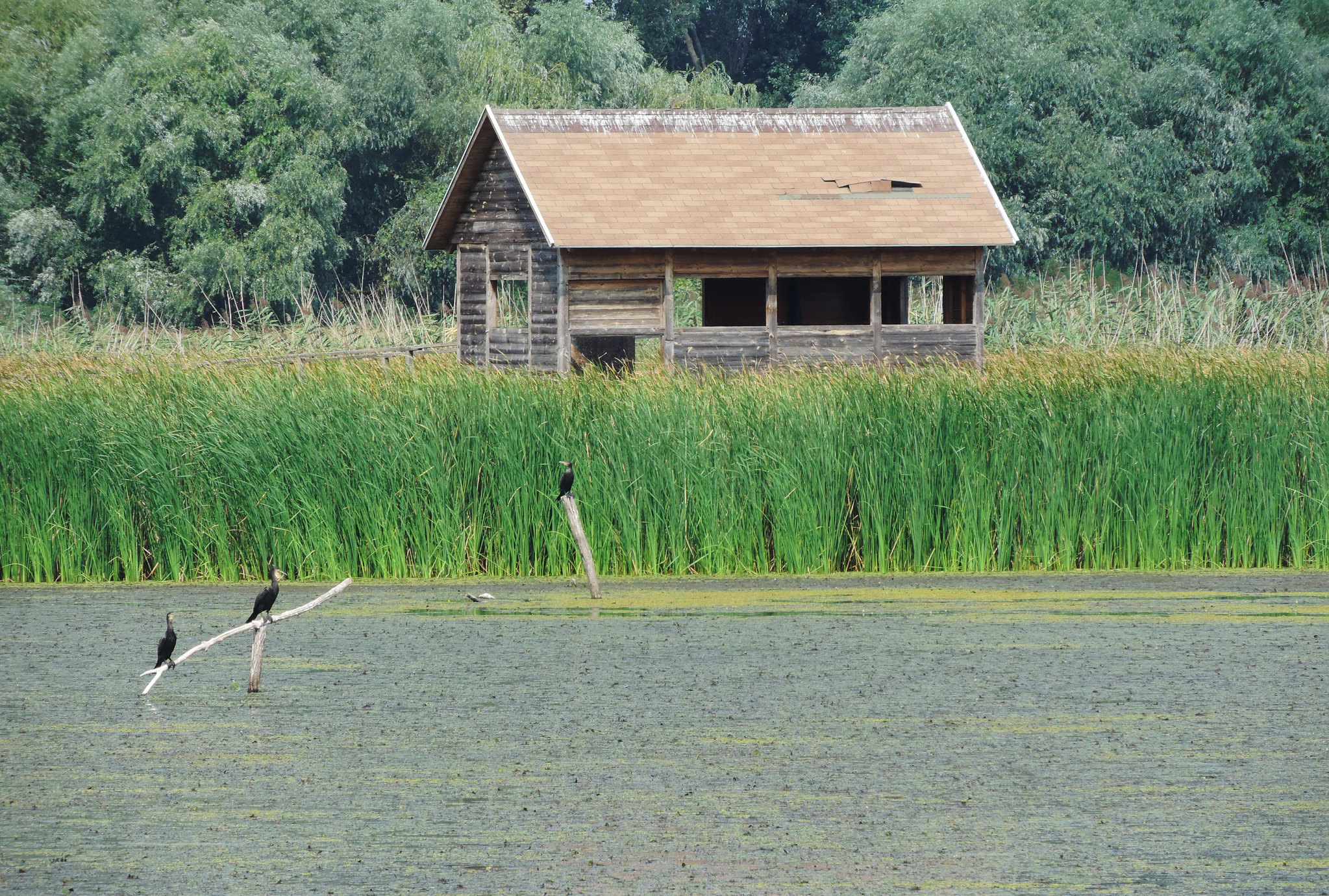 After we bought our tickets, we were taken to the trailhead by boat. From there we could explore the trail on our own. We found several viewpoints for bird-watching, and a lot of information about the birds, plants and fish that we can see in and around Lake Tisza. Luckily, we caught a glimpse of some birds, too.

The highlight: observing birds from a canoe 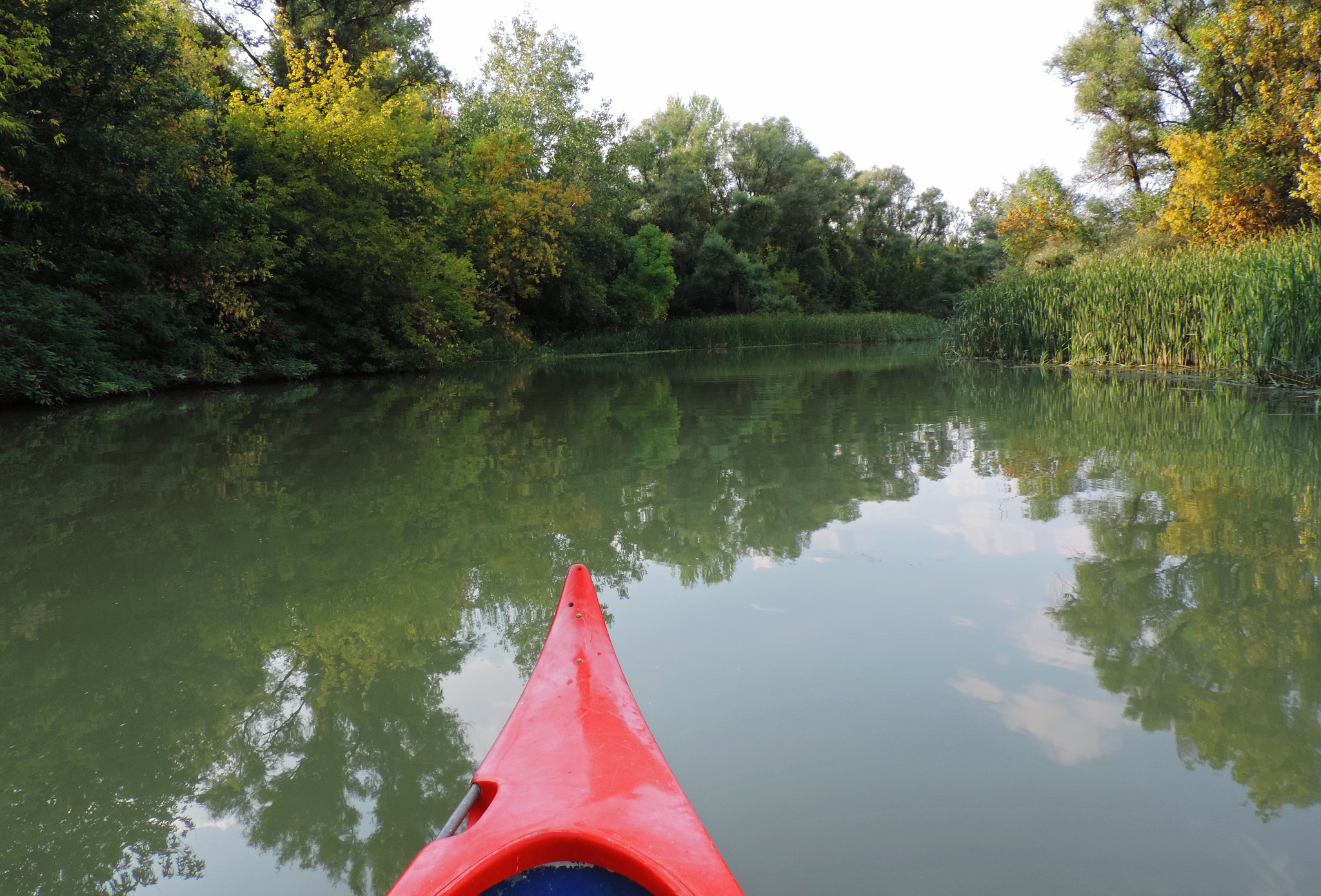 But the highlight of our day was renting a canoe and going out to explore Lake Tisza on our own. We paddled through those narrow zigzagging channels surrounded by reeds and other wetland plants. Trees reflected in the calm surface of the water. And in the peace and quiet of these narrow channels, we could observe countless birds.

Our favorite was heron. We saw three large herons. They didn’t really care about us as long as we didn’t get too close. Still we were close enough to get amazed. By the end of the day, we drew the conclusion. If you want to observe birds, you should try that from a canoe on Lake Tisza. It was our best bird-watching experience in Hungary so far. And we found our reason to return to Hortobágy National Park again.

Here are some of the beautiful moments of canoeing and bird-watching on Lake Tisza in a short video:

More things to do in Hortobágy National Park

What else to do? The best place to find it out is visiting Hortobágy National Park Visitor Centre in the small village of Hortobágy. It’s located close to the famous Nine-hole bridge, anyway. And it offers information on current programs and events in the park. Also, you can visit the exhibits about the park’s history, natural and cultural values there.

In the Hortobágy Wild Animal Park you can see some of the animals that originally lived here – like wolves, vultures, pelicans, wildcats, foxes, eagles, cranes or herons. If you sign up for a safari tour, you’ll be taken really close to them.

Then there’s another advantage of this park being flat and relatively rarely populated. Skies are beautiful. Sunrises, sunsets, night skies. It’s an International Dark Sky Park, too. 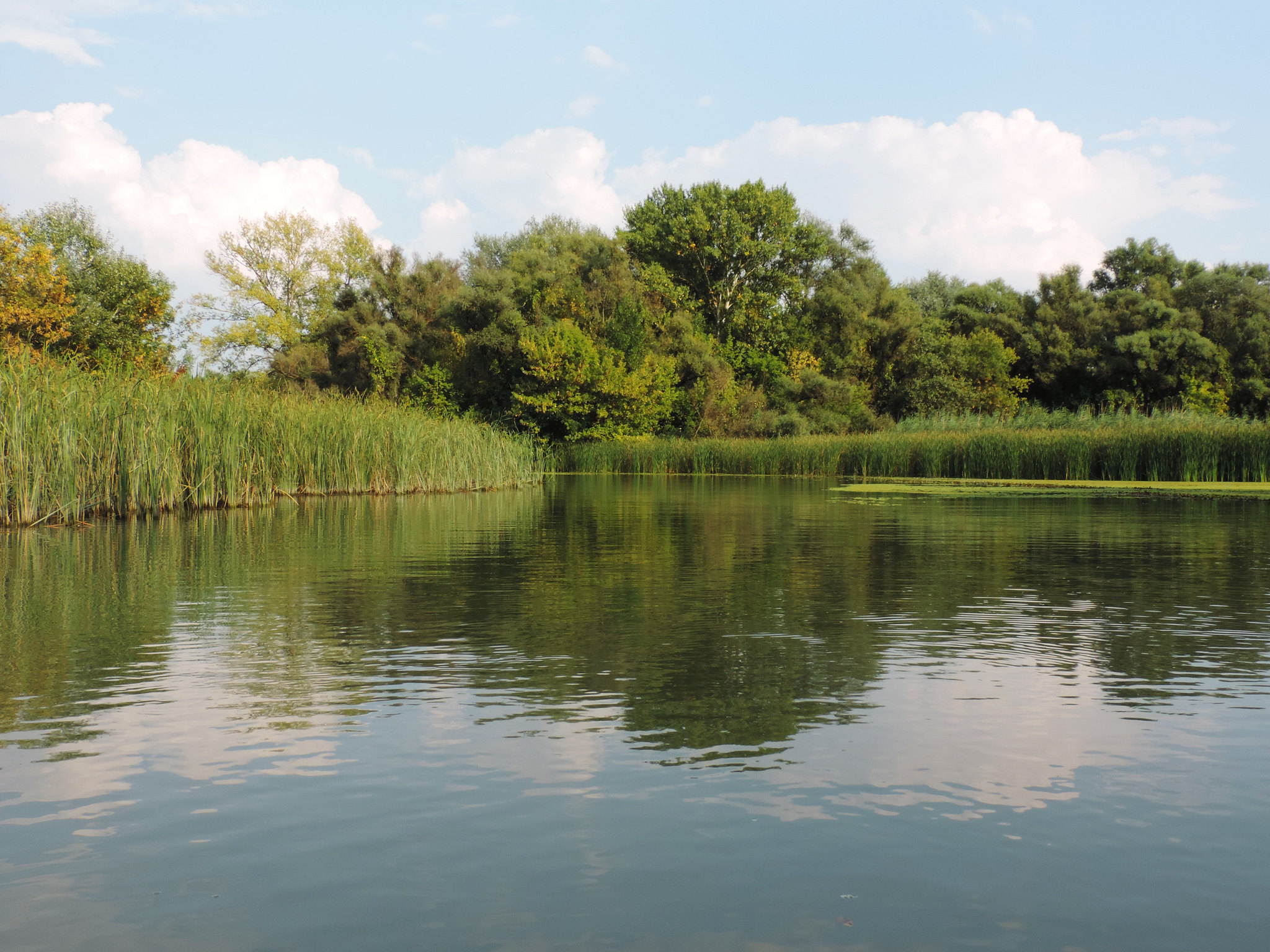 More places to visit in the area

The lovely city of Debrecen is only about half an hour drive from the heart of Hortobágy National Park. If you’re so horrible as us and want to see mountains at any cost, Bükk National Park is also not far. And at the footsteps of Bükk, you can visit Eger, a wonderful historical city and the center of our most famous wine region. Further in the north, you can visit the fabulous dripstone caves of Aggtelek National Park.

Have you ever been to Hungary? Would you venture beyond Budapest?