Autumn is coming. Among other things, it means the end of another hiking season, especially as the weather gets harsh and snowy in the high mountains. But that doesn’t mean you can’t take advantage of the last warmer, sunnier days of autumn, and explore hiking trails at lower elevations. Let us show you a pretty idea for that in Germany’s Berchtesgaden Alps.

Berchtesgaden is Germany’s only alpine national park. And this park is home to Germany’s only fjord. Okay, Lake Königsee is said to be Germany’s own version of a fjord. In reality it’s a narrow and long alpine lake tucked between breathtaking mountain peaks. I think that doesn’t sound bad either. 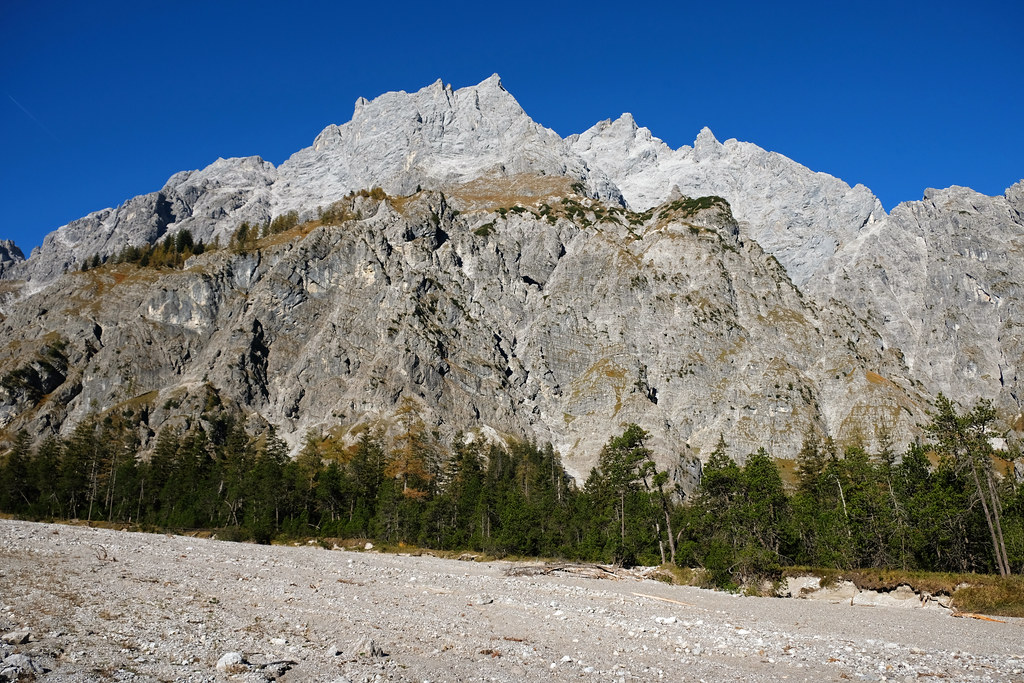 Berchtesgaden National Park is only about an hour drive from Salzburg, and it’s not that far from Münich either. If you are, like us, eager to combine some hiking days with sightseeing, then Berchtesgaden can be a fabulous choice. We certainly enjoyed our day trip there when we visited Salzburg last October. 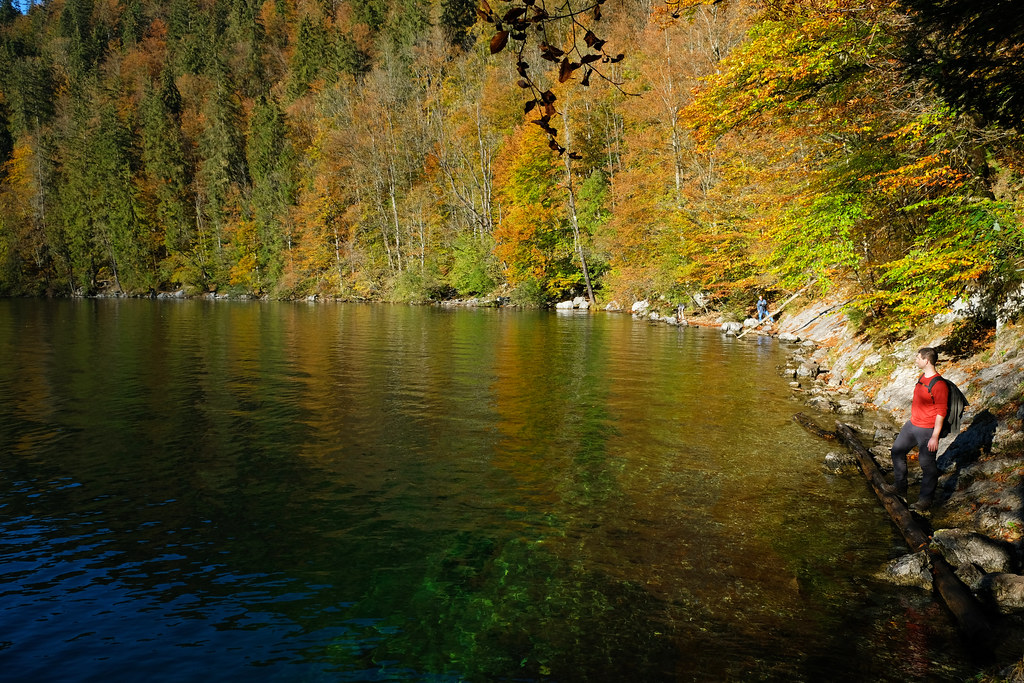 First of all, an easy option to recharge in nature: a visit to Lake Königsee. It’s 8 kilometres long, 1.3 kilometres wide and 200 metres deep at some places. And it has a magical emerald green color. It went quite well with the yellow and orange fallen leaves in October.

There’s no hiking trail around the lake, because the terrain is very steep. Instead, you can take a walk or a boat trip. We took a walking track that starts from the harbor of Schönau am Königssee and runs along the lakeshore for a while. We even found a small waterfall hidden in the forest at the end of the path. 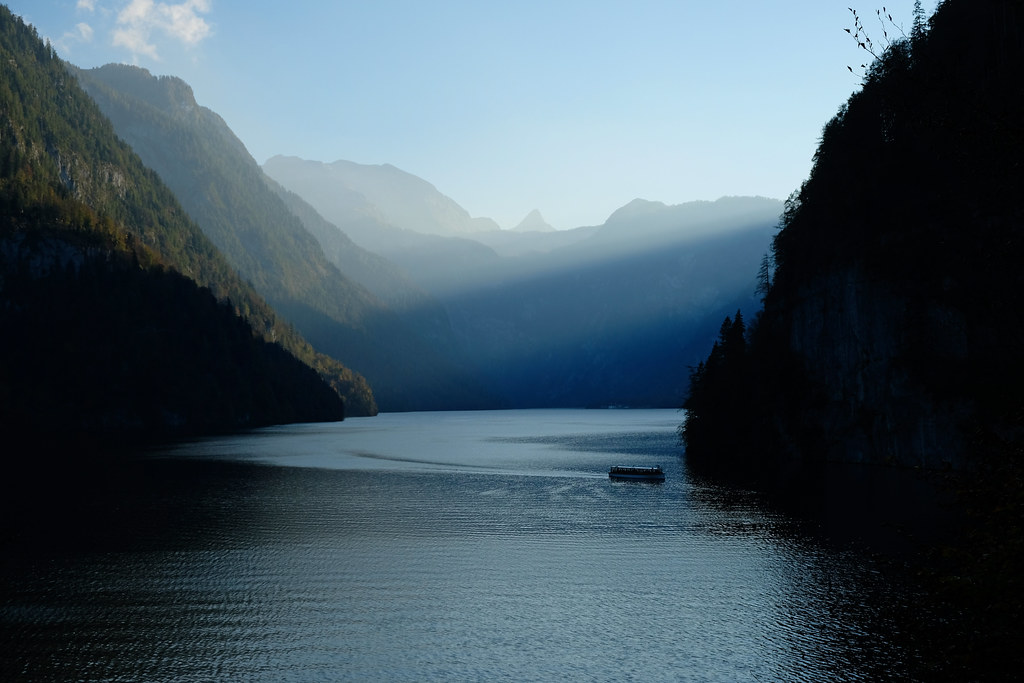 Another short hike is towards the viewpoint “Rabenwand” which offers that fjord-like view above the lake. We did it just before sunset, and I can tell you it’s a romantic place to end your day – whether you have a partner or not. 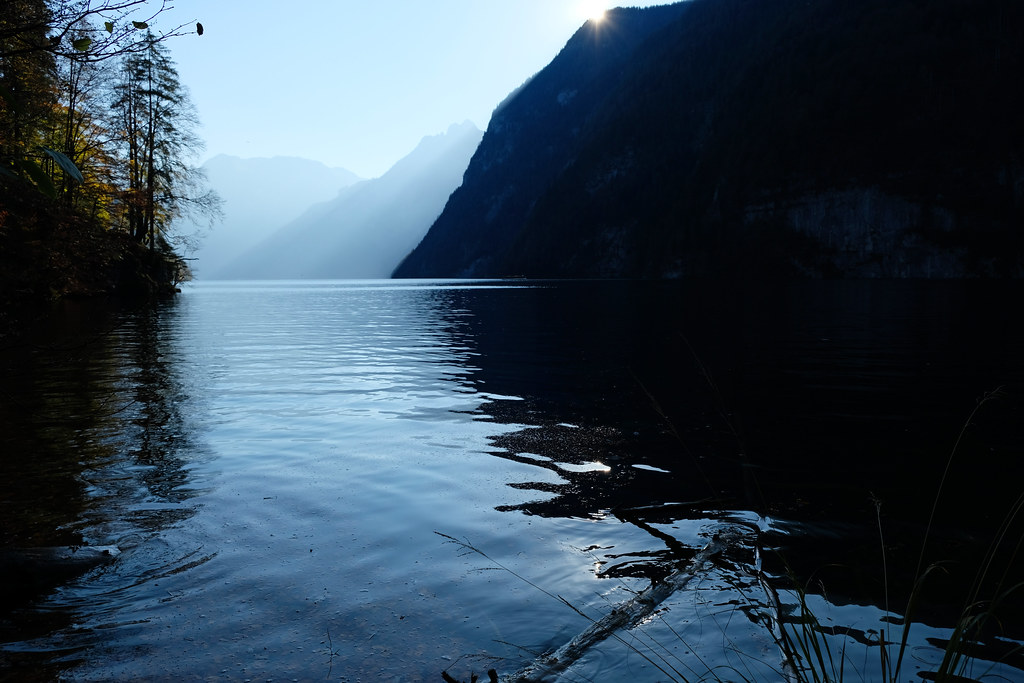 The village of Schönau am Königssee is the only location around the lake that you can access by car. There’s a large paid parking lot at the tourist information, that’s your only option to park. You can access other parts of the lake by boat. Boat schedule depends on the season though. Boats are the most frequent if you visit in the summer. Lesser routes are available in autumn, and they are not very frequent either.

We decided to skip the boat trip and explore more of Berchtesgaden National Park instead. Because Berchtesgaden offers much more than Königsee… 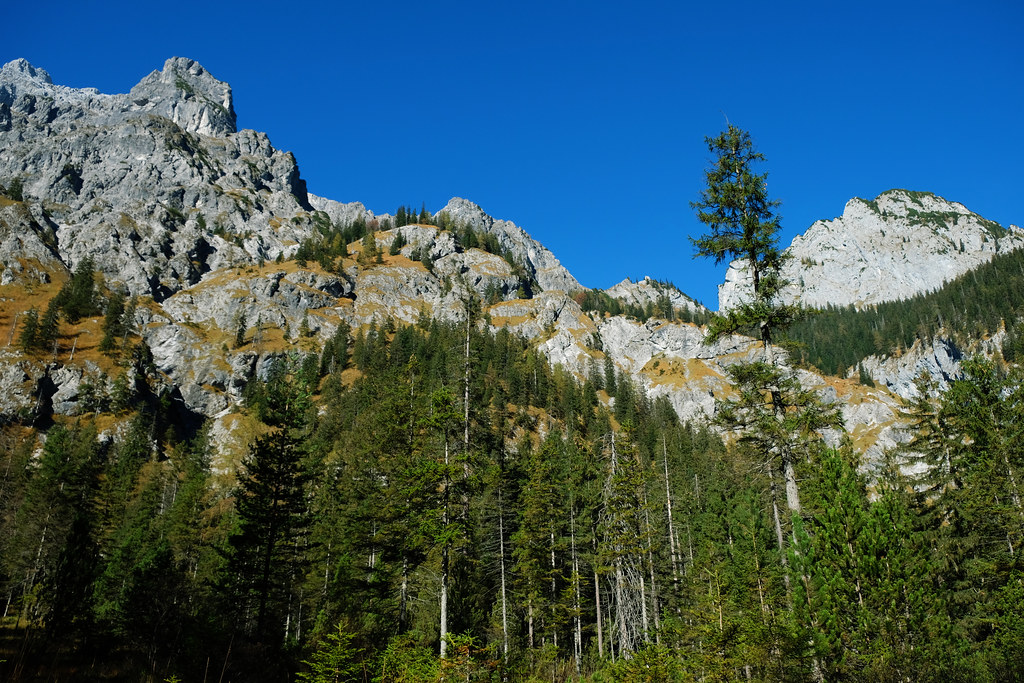 Though high mountain trails are accessible only in the summer, there are easier routes in the valleys that we could enjoy in autumn, too. Like the hike in Wimbachtal.

Wimbachtal is a fairly broad glacially formed valley with astonishing peak views. Germany’s highest peaks tower above it: Watzmann (2713 m) to the east and Hochkalter (2607 m) to the west. The trail runs in Wimbach Gorge along the Wimbach stream. We continued the hike a bit above Wimbachschloss (a guest house and restaurant on the way), because those were the best views! Altogether it was a nice 3 hours round-trip. 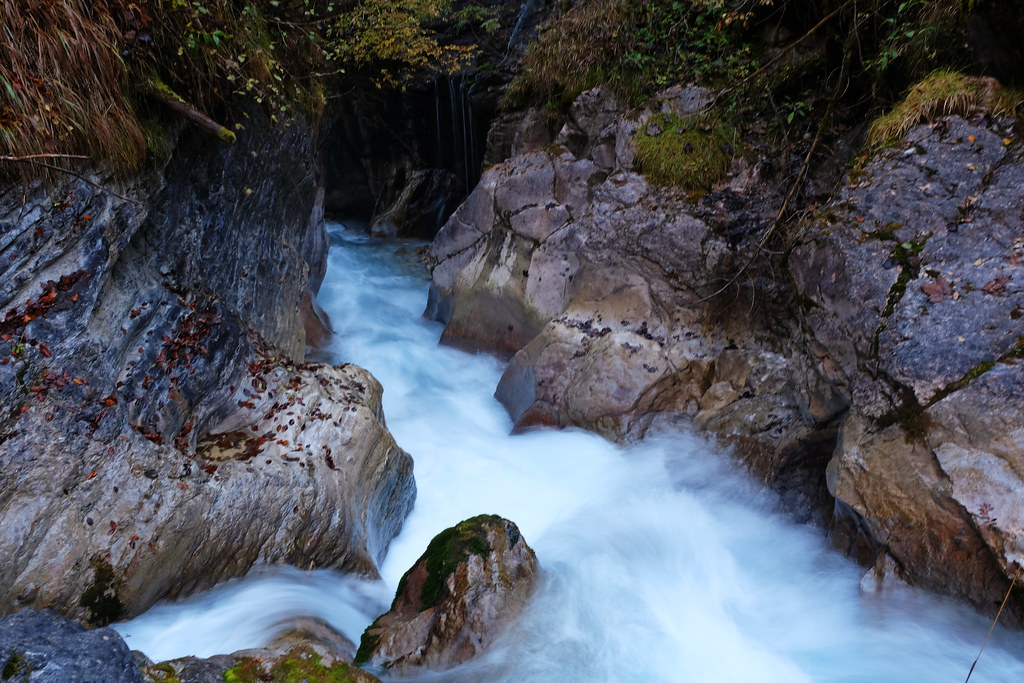 Several shorter and easier hiking trails start from Schönau am Königssee and Hintersee, as well. You can check this map, they are all marked with blue. There’s a high chance that they are accessible even in autumn. However, we are talking about the Alps here, weather conditions apply in any season. 🙂

All the parking lots we found in Berchtesgaden National Park were paid lots, and the parking machines operate with coins only. But there’s an exchange machine at the largest parking lot in Schönau am Königssee (but make sure not to have only 100 EUR banknotes, it can’t handle that). There’s no separate entrance fee to the national park.