Hike Whitewaters Valley To Litvorovo Lake In The High Tatras

Hike Whitewaters Valley To Litvorovo Lake In The High Tatras We’ve been hiking in the High Tatras for years and only found this trail this summer. Whitewaters Valley (or Bielovodská dolina in Slovak) is located further from Štrbské Pleso and the other popular central locations in Slovakia’s High Tatras. The valley actually runs right by the Slovak-Polish border at the beginning. And taking the trail through it treats you with all the diverse beauties that high mountains can offer: peak views, a rushing stream with lovely wooden bridges, forest and meadows, large cliffs and an alpine lake at the end.

It starts with an easy walk 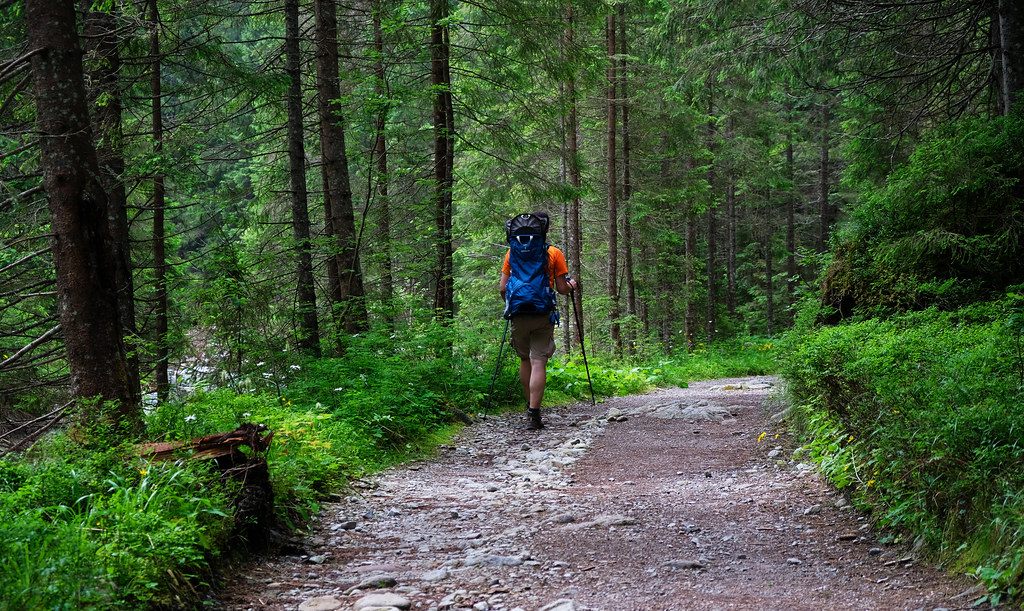 So there’s a parking lot just before you cross the Slovak-Polish border (and there’s one on the other side, too, in Poland, by the way). It’s past the last village, Tatranská Javorina, and you’ll definitely notice it because it’s large. There’s a daily fee to pay for parking, and the trailhead is just a couple of minutes walk from there. 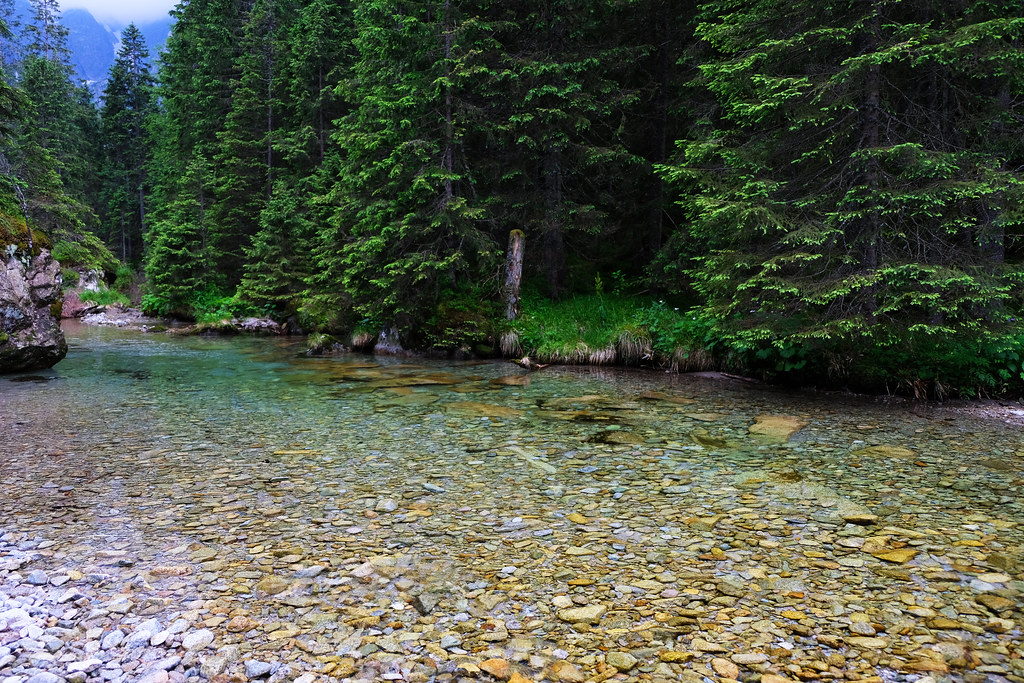 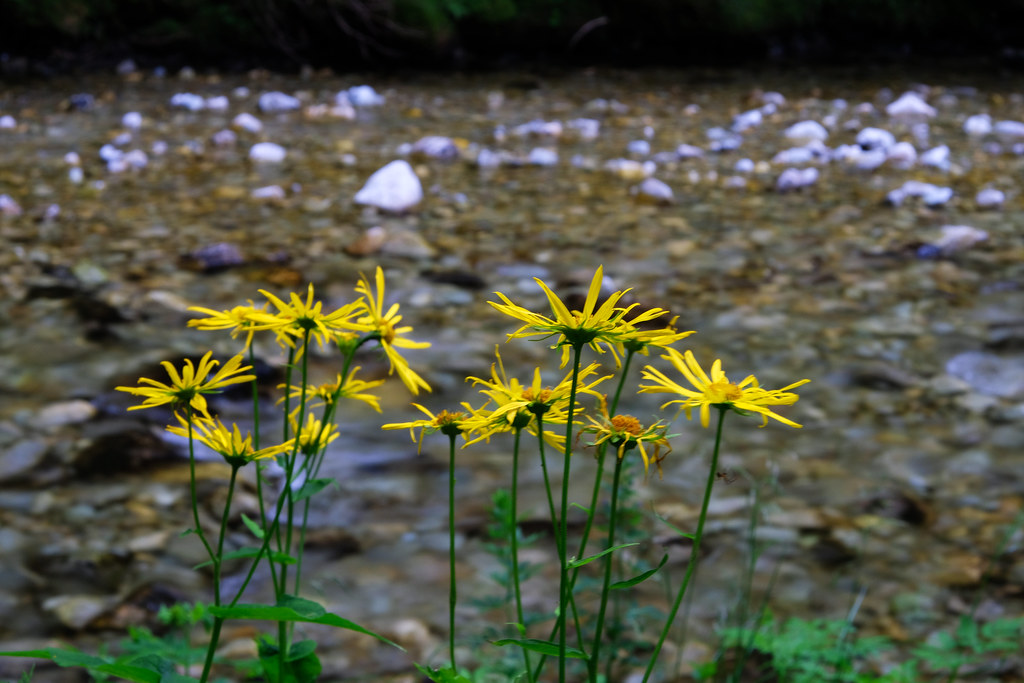 The first section of the trail is very easy. It’s almost flat and suitable even for strollers and wheelchairs. And it’s lovely. We walked along a mountain stream, crossing cute wooden bridges from time to time, enjoying distant peak views and all the wildflowers. There’s a stop sign for bikes at a certain point, but it’s still flat and easy after that, too, for a long while. 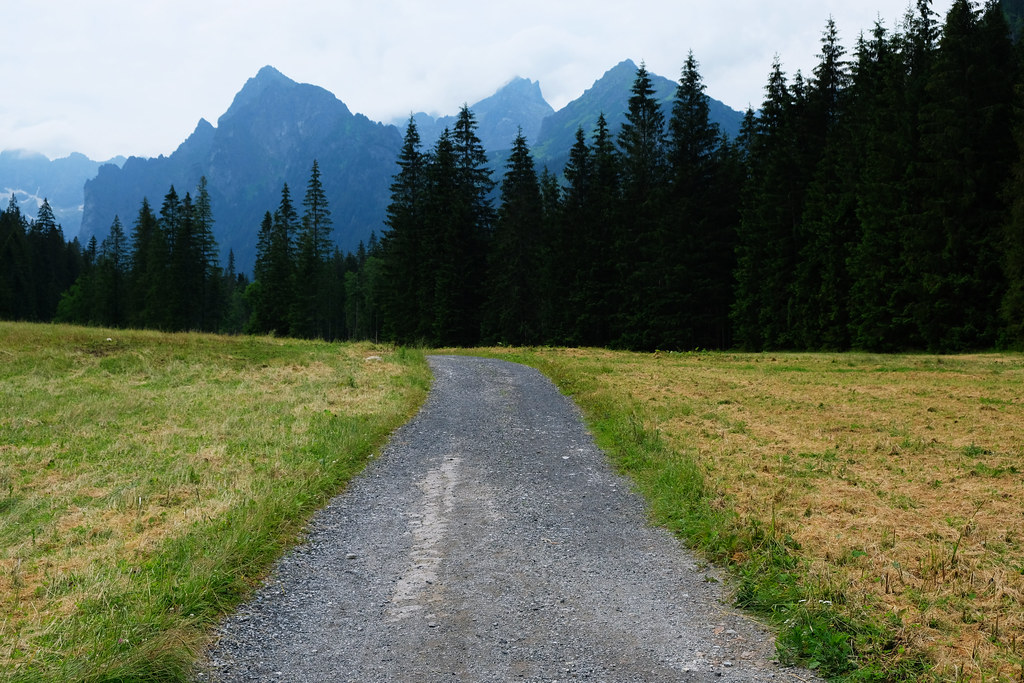 Eventually, the trail starts to become more rough – less suitable for strollers and more for hiking boots. But altogether, the first roughly 10 kilometres was quite easy. It’s a walk, a long one.

Rising above the forest 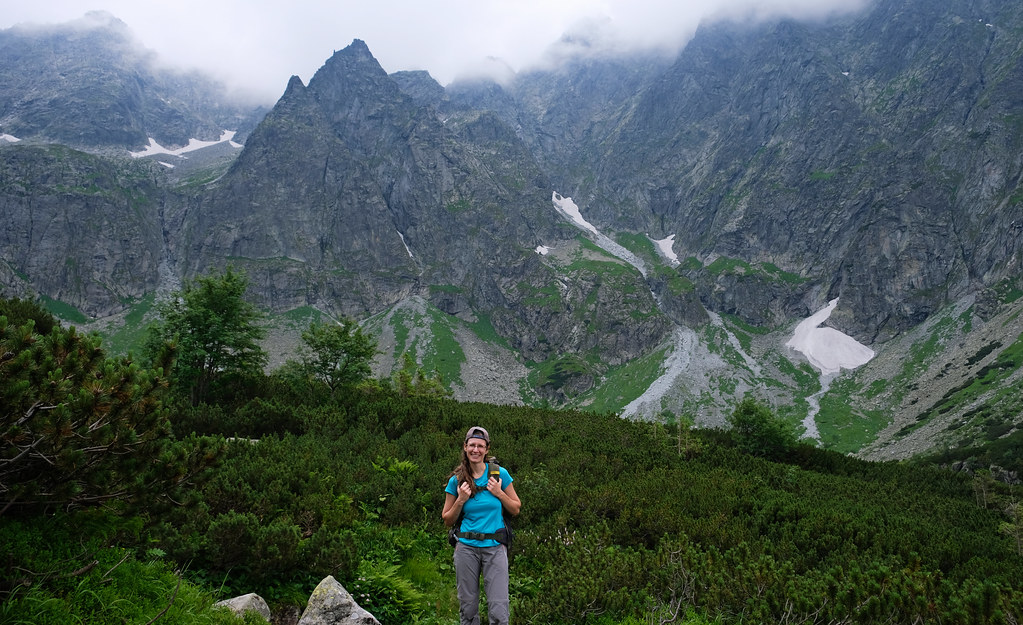 Then the trail started to ascend. We got distant views of two waterfalls, we left the tall pine trees behind, and we noticed that some of those giant peaks were not that distant anymore, they towered right above us. This part of the trail is steep – whether you call it moderate or strenuous, it depends on your fitness level. But we liked this upper, steeper section of Whitewaters Valley even more, with millions of wildflowers, giant rocks and a distant view of a small pond below majestic snow-capped peaks. 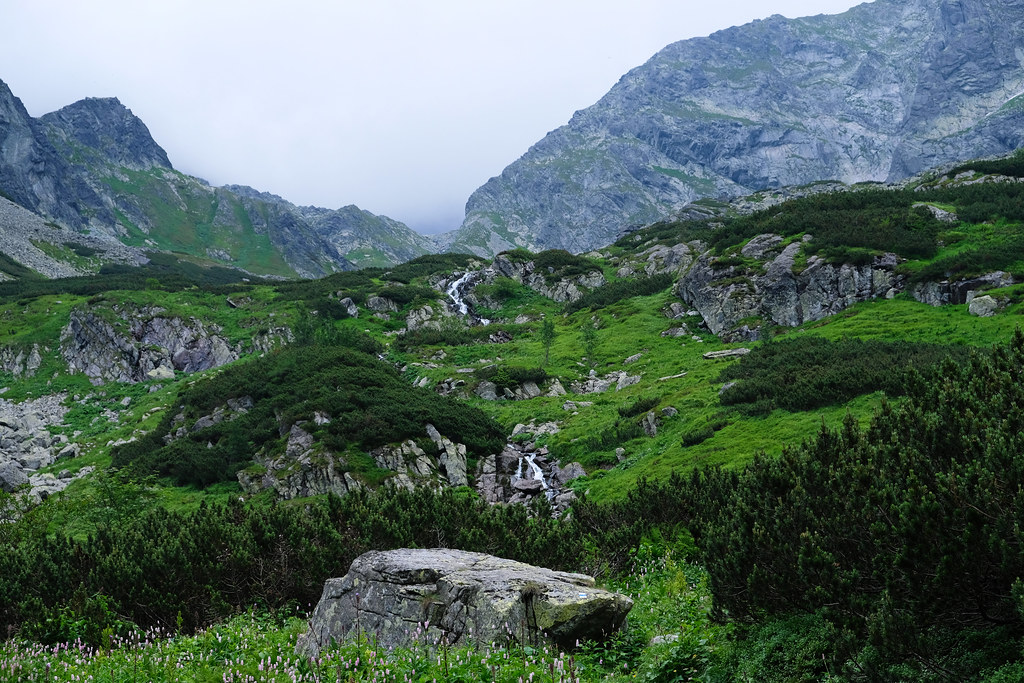 Nevertheless, it’s a well-established path, and there’s no chain-supported section up until Litvorovo Lake. (And it means that you’re completely safe without holding onto chains, just to make it clear.)

We did this hike with our 11 months old baby boy in the carrier. It was tiring, but we felt safe all the way. We could have made it easier if we’d turned back after the first 10 kilometres of light walk. But we’re not known for making our lives easier. 😛 When there’s something in front of you that you can climb, just do it – that’s the rule we live by.

Litvorovo Lake: a destination or a rest stop 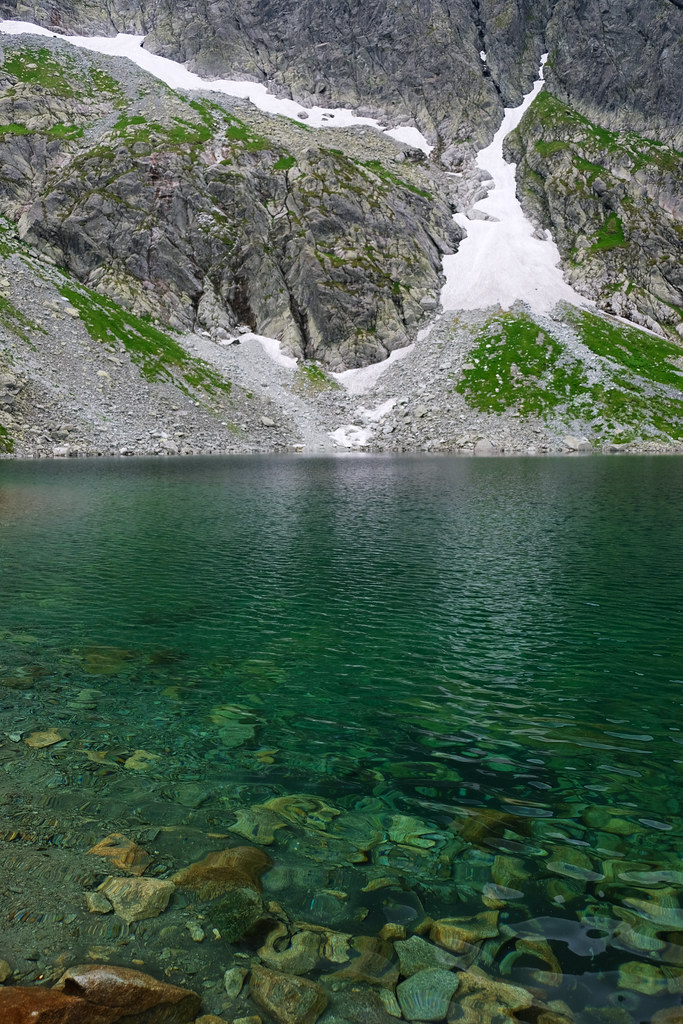 We already had a longer rest and snack stop in Whitewaters Valley, but by the time we reached Litvorovo Lake (Litvorové pleso in Slovak), we felt we needed another one. There’s a meadow by this pretty lake which is relatively even, so we could put down a blanket and let our baby crawl around. Thousands of pink flowers bloomed on the lakeshore. It looked like the perfect picnic spot before climbing even further towards Zamrznuté pleso. 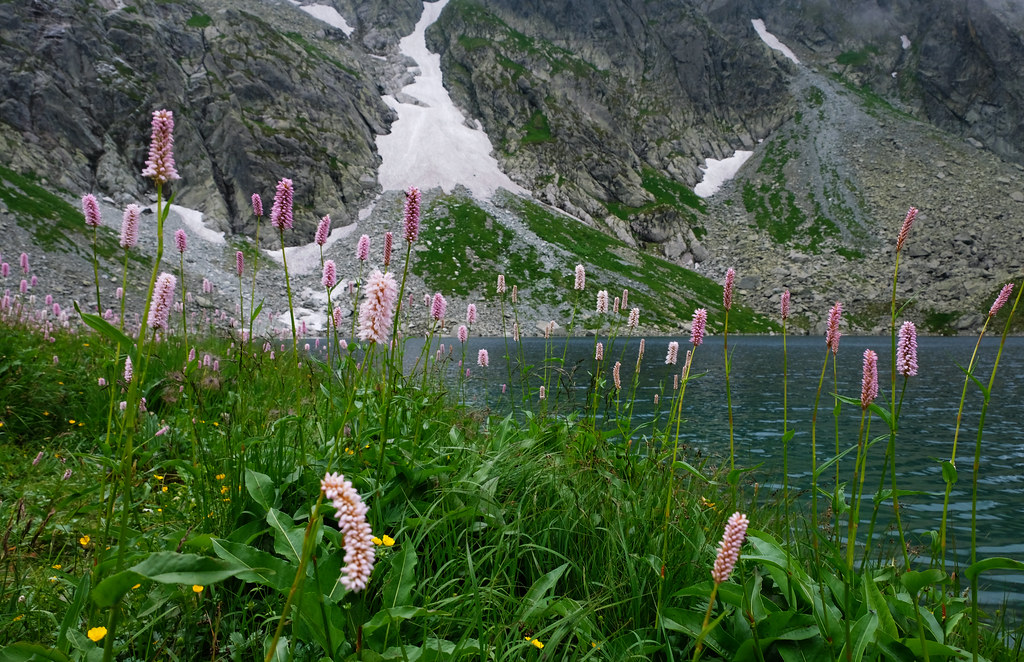 If you need more: hike to Zamrznuté pleso

Zamrznuté pleso is a tricky lake. We’ve hiked there two times already from a different direction (from the village of Tatranská Polianka) and haven’t even seen it due to the dense fog. Now was our third chance to maybe have a glimpse of it if we climb the saddle above Litvorovo Lake. And guess what, as I was enthusiastically taking pictures of the lake and the wildflowers, the fog descended. The saddle completely disappeared, we could barely see Litvorovo Lake itself, and it got so cold that our picnic became real quick. 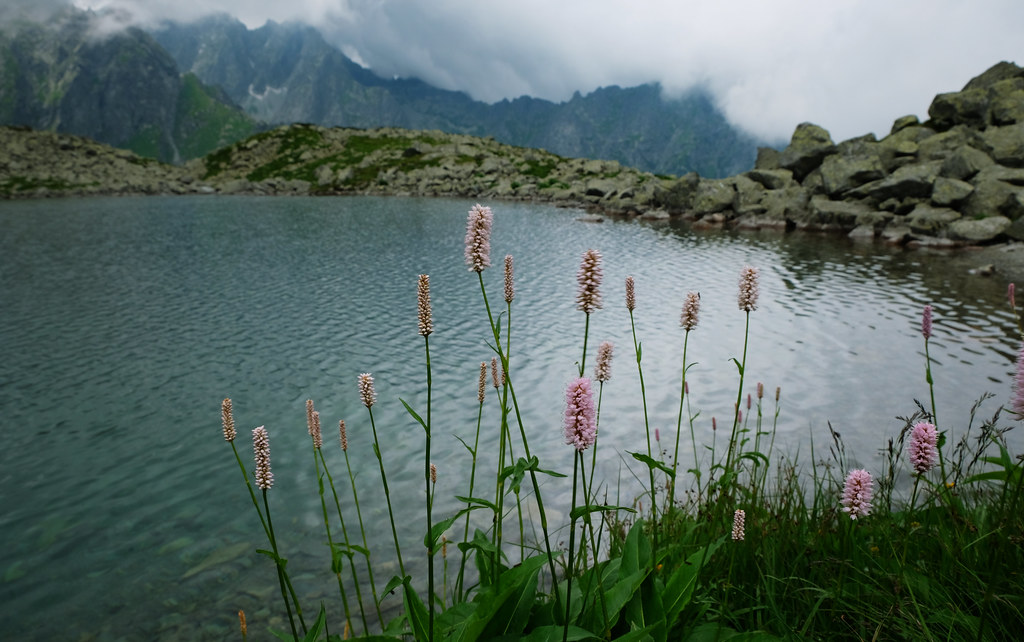 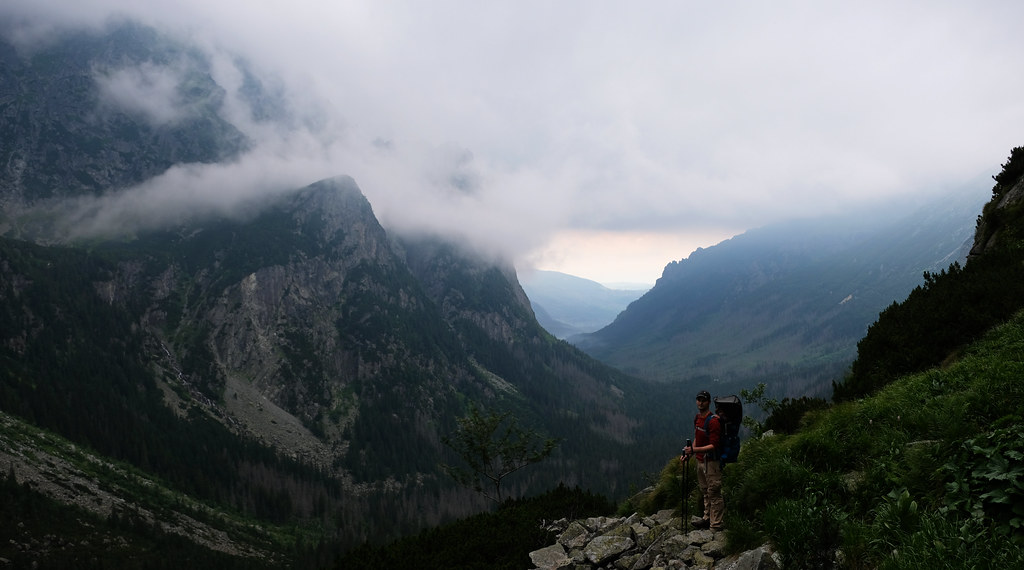 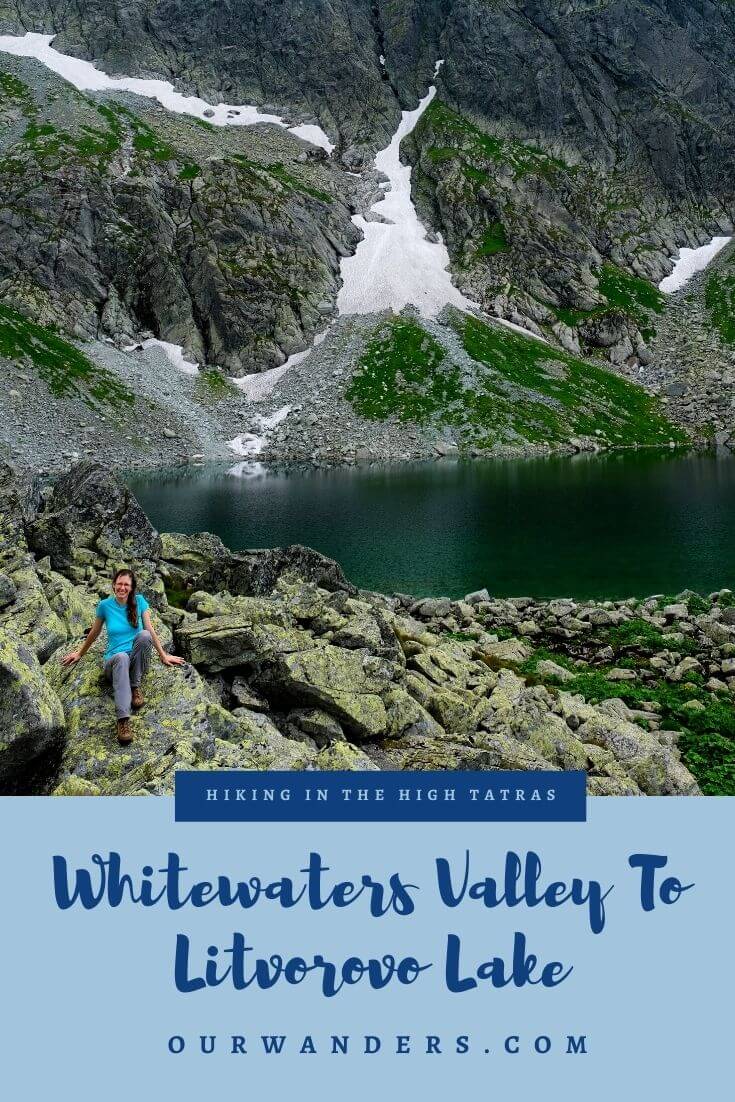