What could I say about this gigantic and fascinating city which has not been said already? I think its attractions is probably the most well known around the world: Statue Of Liberty, Manhattan skyline, Central Park, Times Square, Wall Street, Empire State Building…

So we’ll show you what we liked the best during our 4 days spent in the city that really never sleeps. 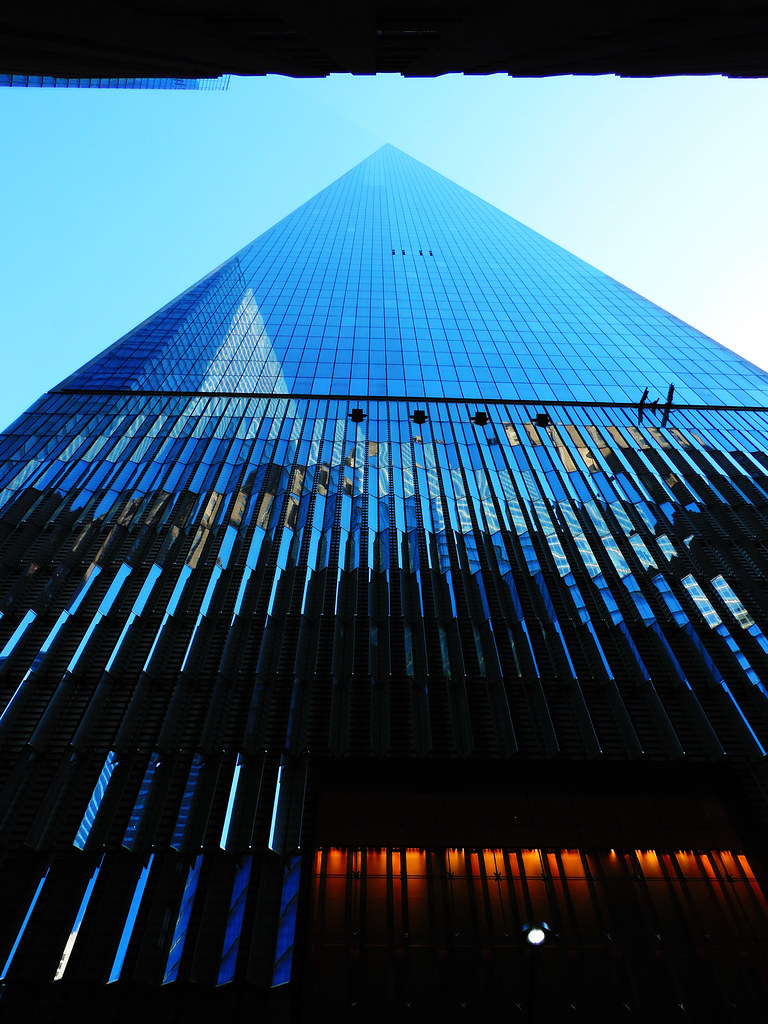 Taking a look at the city from the 100th floor of the new One World Trade Center is one of our best moments in New York. 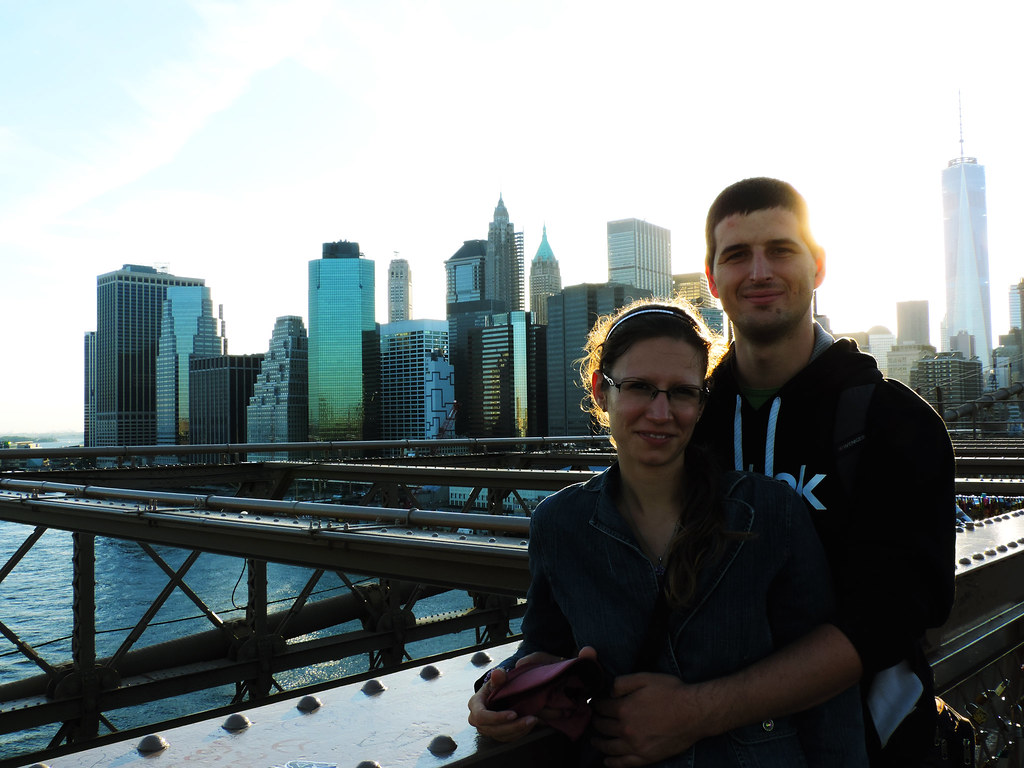 The best scenic walk in the whole city is walking through Brooklyn Bridge. We had great views of Manhattan and the islands and watching the sunset on Brooklyn Bridge is another gem among our memories of New York. 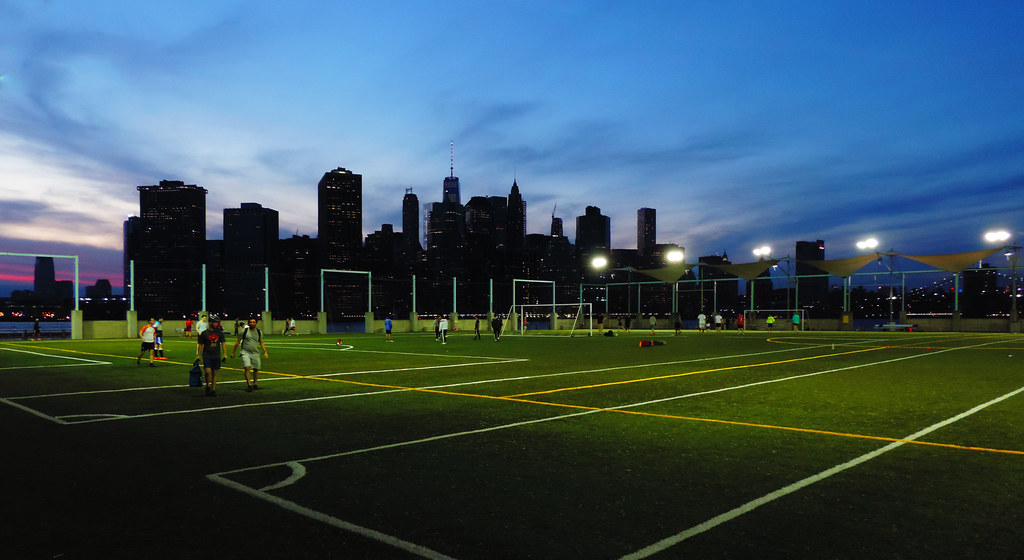 Right next to Brooklyn Bridge this park also offers great views of Manhattan and it has the most scenic soccer fields and basketball courts we’ve ever seen. And some creative benches to sit on as well. 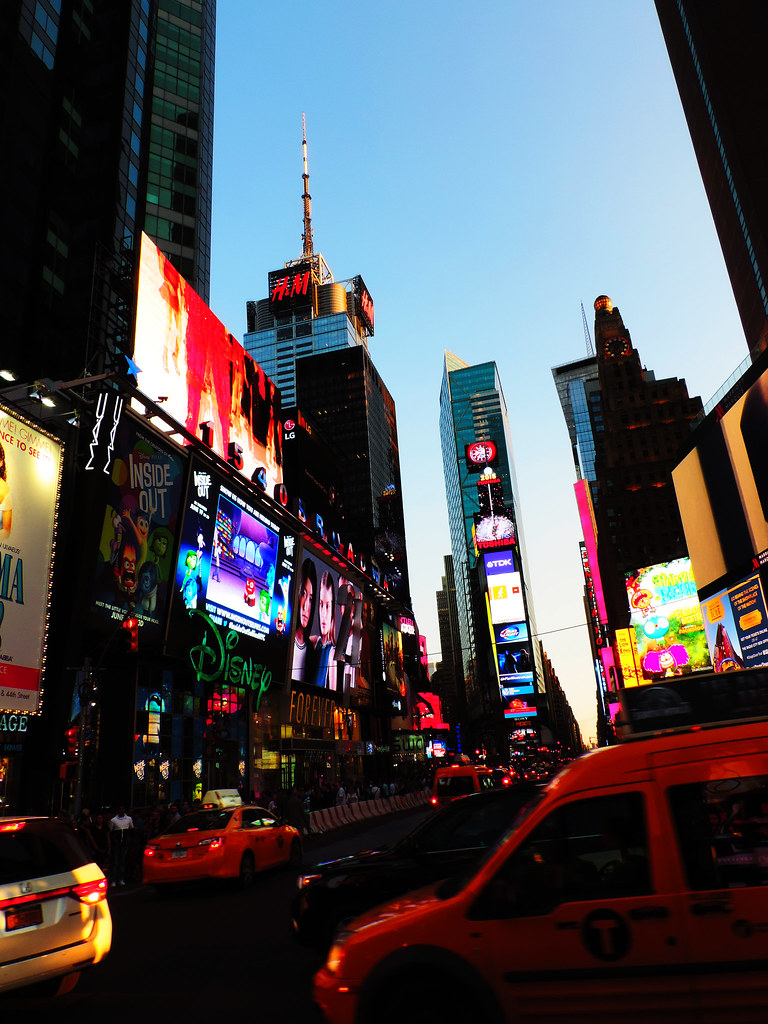 Times Square is famous for a reason. It could be frustrating to work near such a busy and noisy place (it would be for us, at least), but just to experience it as a tourist it’s quite special. 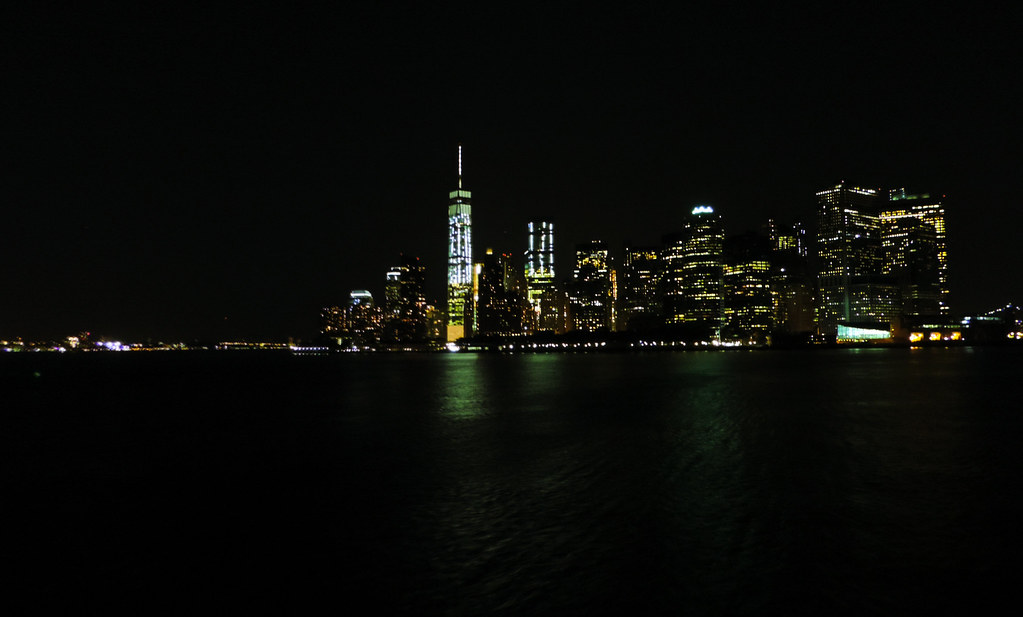 New York, especially Manhattan is very expensive in general. It was such a great surprise to figure out that there’s a very cool attraction which is completely free.

I don’t know, I guess not much, but the great thing about this ferry is the view of Manhattan and Liberty Island on the way – a great example of the case when the journey is more exciting than the destination.

The ferry schedule is quite frequent even during the night. We haven’t even seen much of Staten Island, because we immediately took the next ferry back. 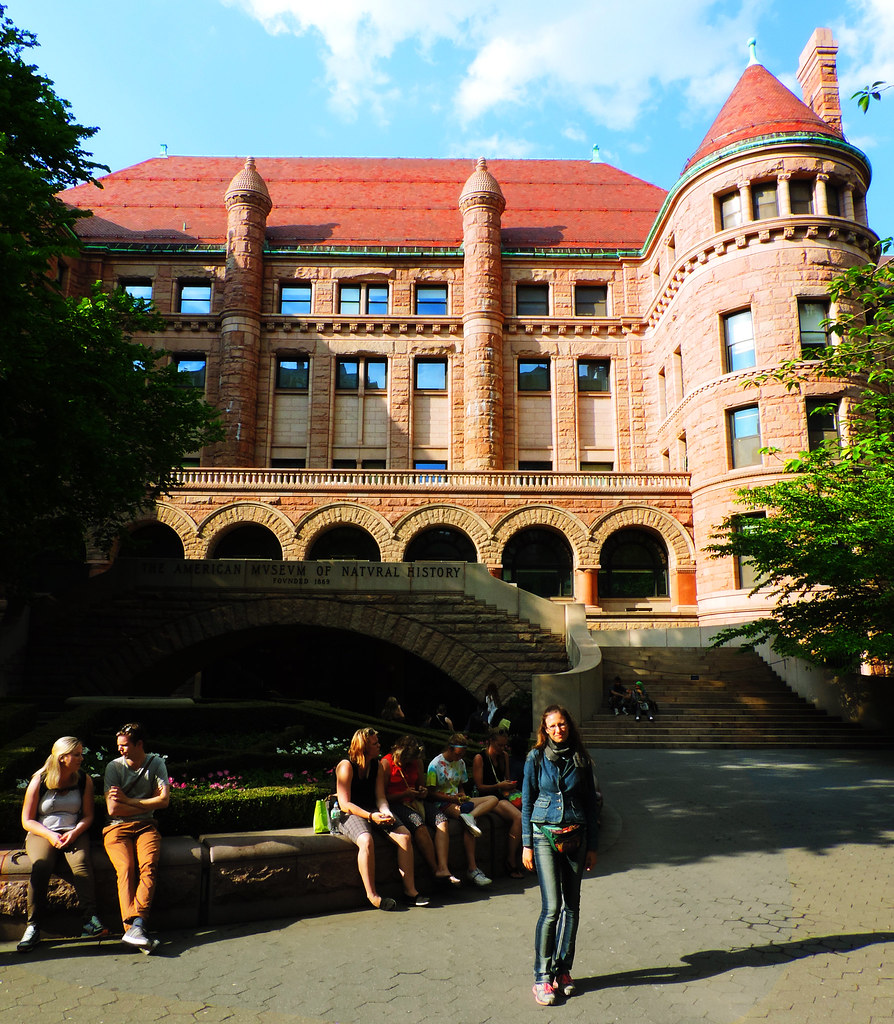 This is THE natural history museum for us. Not just because of its enormous size and the knowledge it offers in whatever topic we are interested in, but mainly because this museum is a fascinating mixture of education and entertainment.

One day was hardly enough for anything here and this is definitely a place to return if we ever visit New York again. 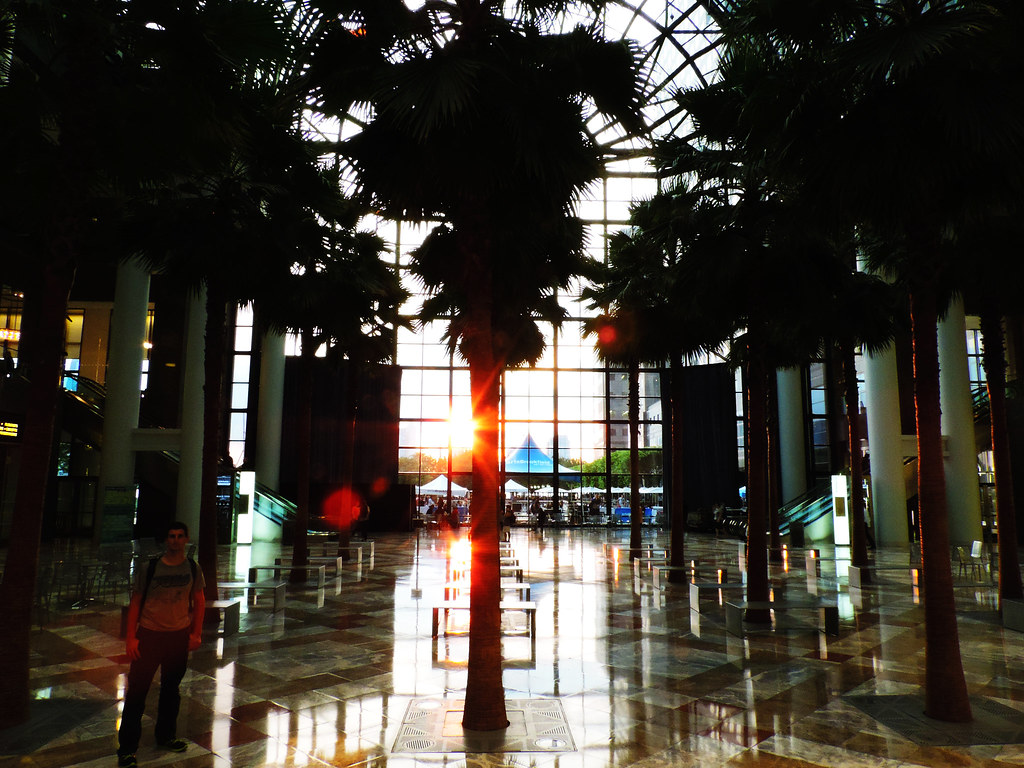 We know that Macy’s is the most famous, but we didn’t find anything special about it, it’s just a very big shopping mall – and none of us like shopping at all by the way.

On the other hand, we found a really cool place right next to One World Trade Center. We didn’t really care about the shops, but the building itself is something to remember. So just take a look at Westfield World Trade Center: 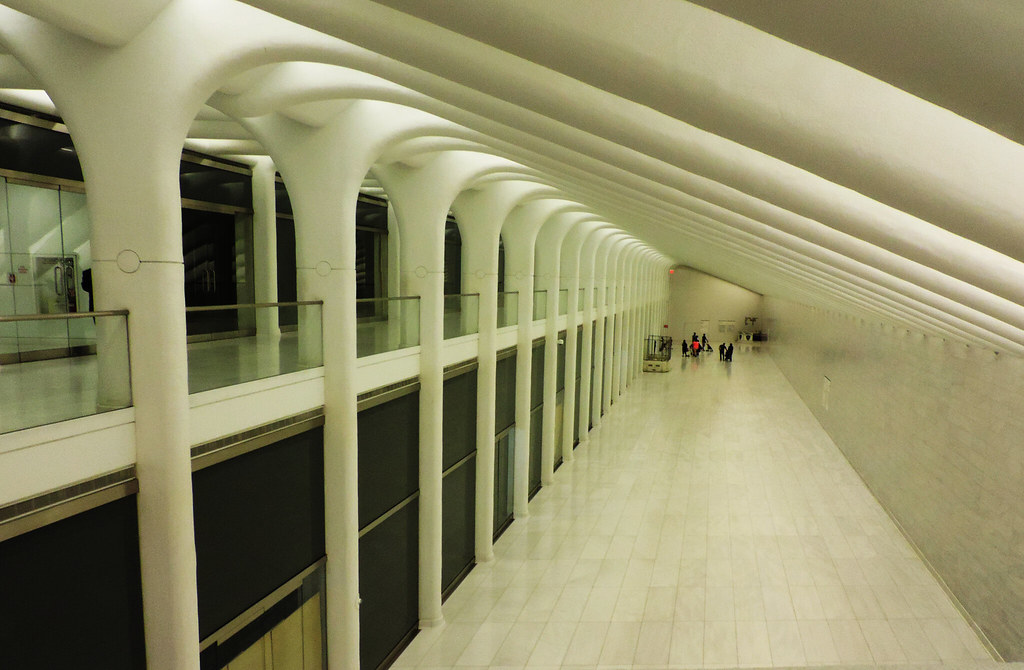 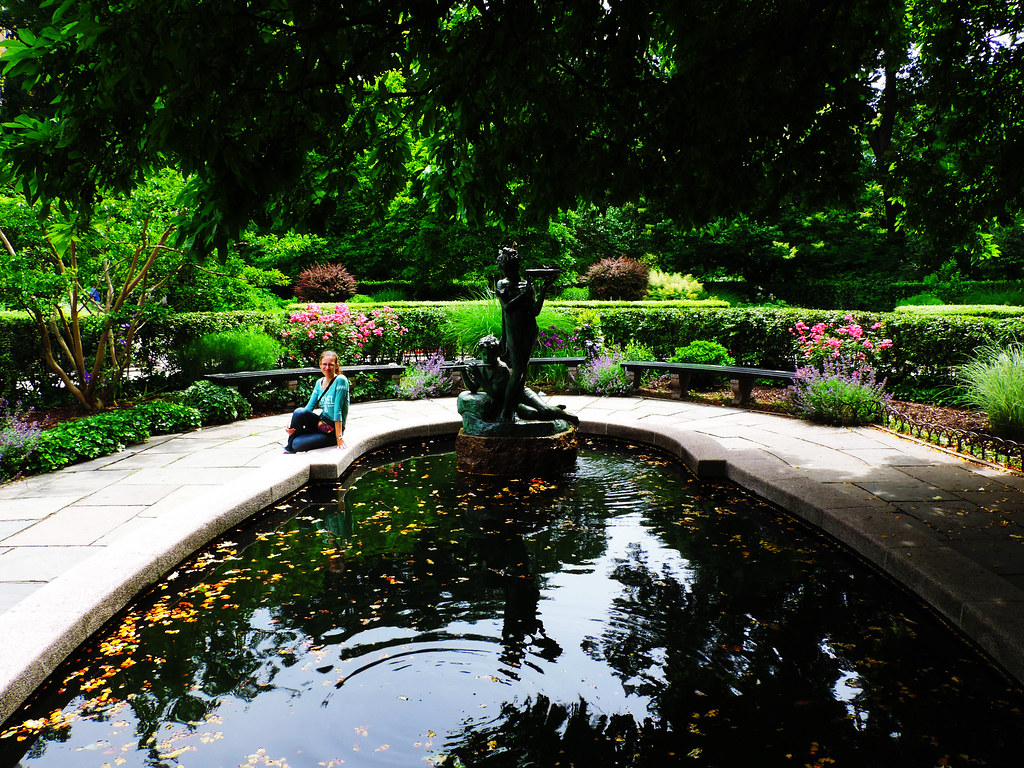 Central Park is one of the most pleasant places in Manhattan. We were surrounded by green, trees and lakes and still felt being in the heart of the city.

Conservatory Garden is the most charming and quiet corner of the park. 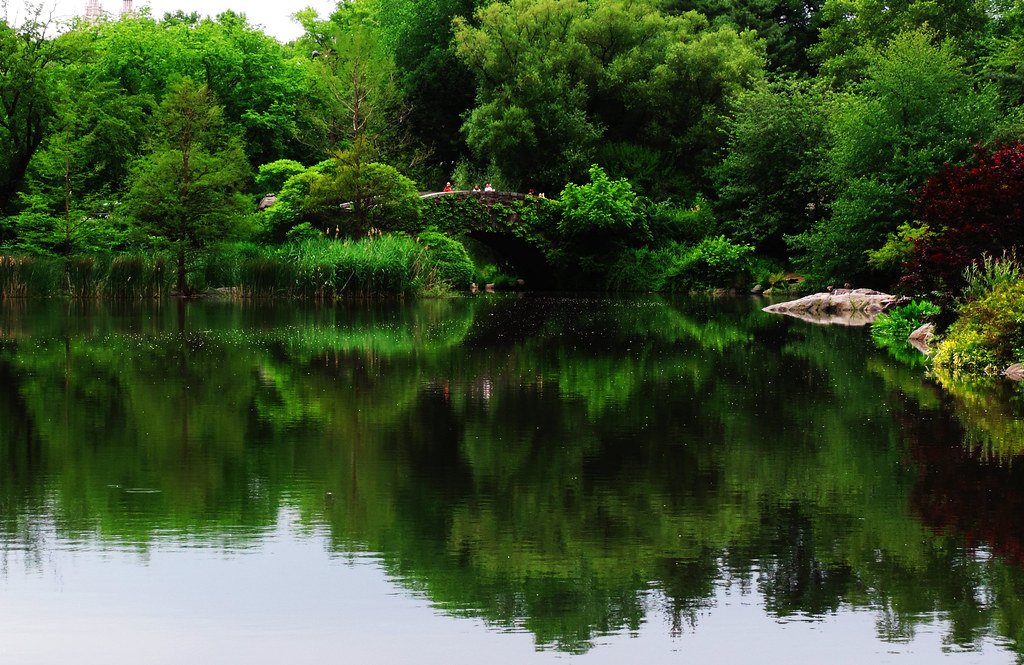 The Lake and Bethesda Terrace made us feel like being in a movie, because we’ve seen it in the movies so many times.

The Great Lawn has the best views of Manhattan. 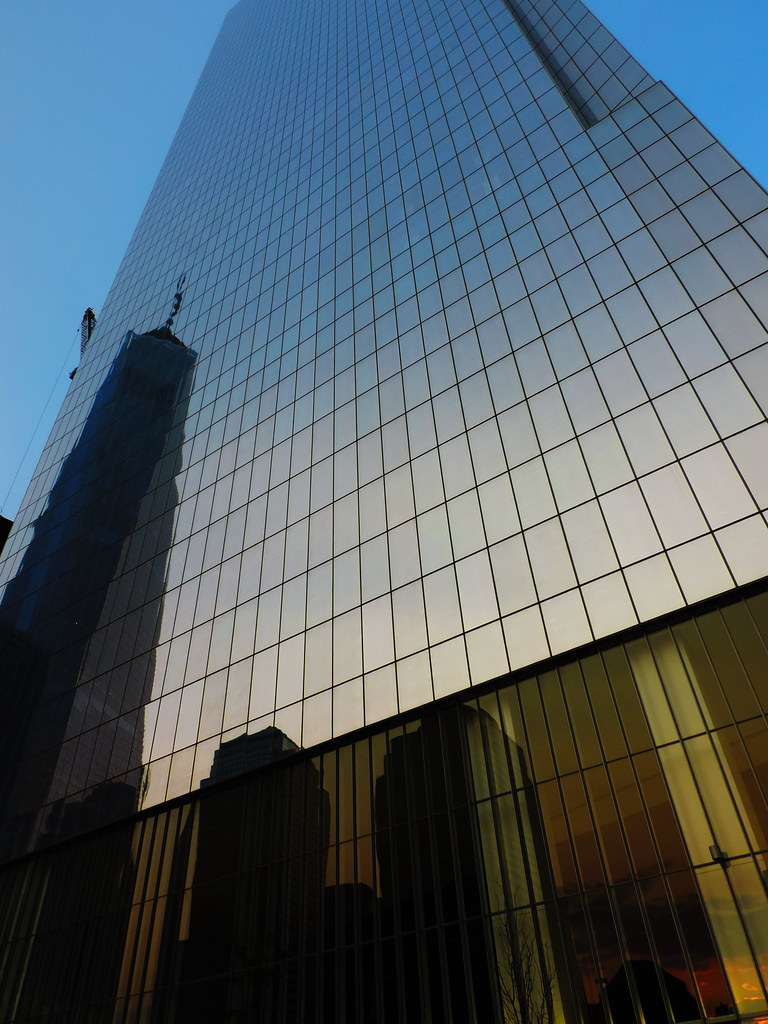 How did we like New York alltogether? To be platitudinous: it’s awesome! The crowd, the sizes, the sounds, the skyline… everything was overwhelming. It just looks like as we Europeans image a big American city (though we know that even big American cities in general are not like we imagine them) and still it’s not exactly the same.

It was almost scary for me how big it is when we arrived and we were surprised later how safe we felt all the time and that there’s so much places where it’s just pleasant to walk: parks, green areas, squares. For us it’s definitely a place to revisit after a while. 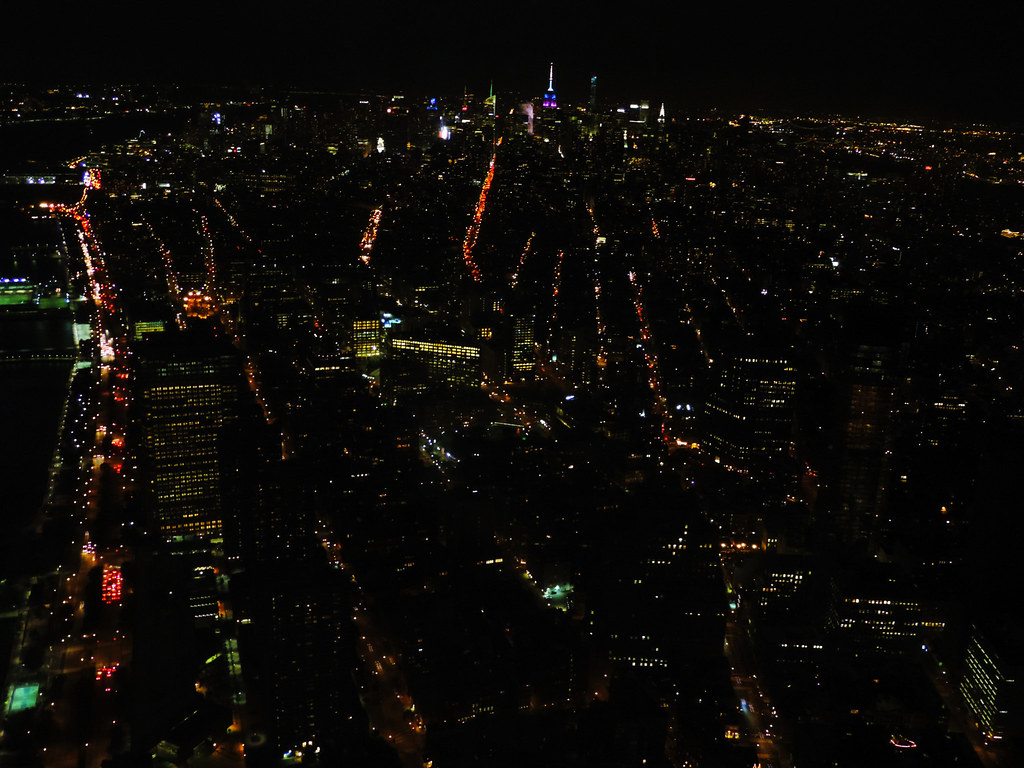 Walk a bit in Central Park (The Lake and Bethesda Terrace could be ideal for a short scenic walk), then take a walk to Times Square. Times Square is a must-see because of the people, the lights, the skyscrapers!

Ride the Staten Island Ferry there and back for great Manhattan views.

As a perfect ending of the day, go up to the top of One World Trade Center for an overwhelming night panorama.

What are your favorite places in New York? Or the places which you want to visit there the most?