One reason European cities are so popular among tourists is their old towns. The cobbled streets, pastel colored houses, giant cathedrals and magnificent palaces take you back centuries in time. And some cities has especially well-preserved and intact historical old towns. We show you our favorite European old towns in this post.

We’ve been travelling together for about 7 years. Except one wonderful year that we spent in California, we’ve been living in Hungary, Central Europe. It also means that we traveled most extensively in Europe. Though we are far from visiting every European country, we’ve seen a lot. Since the end of the year is about achievements, dreams and goals, we’d like to share our 7 favorite European old towns. They all have a special place in our hearts, and we hope to give some new dreams to you.

Side note: We didn’t include Krakow and Prague in this list. It’s a bit of cheating, because they have amazing old towns and they are among our favorites. But we think most of you heard about them, anyway, and they’re flooded with tourists already, so they probably don’t need even more advertising. Instead we chose to show you other, equally beautiful old towns from Czechia and Poland. Deal? 🙂 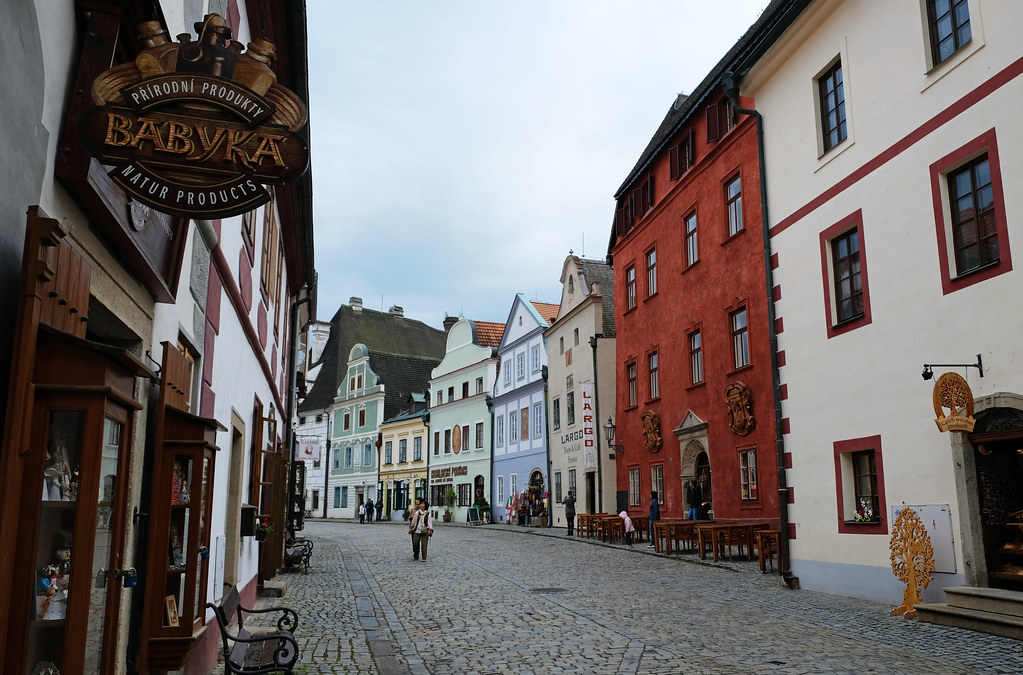 Actually, there’s an old town in Czechia that we like even more than famous Prague: the old town of Český Krumlov. It’s very rare to see such an intact medieval small town. It invited us to experience another century and it knocked us off our feet. It was built around a 13th-century castle. The narrow, cobblestone streets and the Gothic, Renaissance and Baroque buildings hugged around by the sharp curves of Vltava River look like a picture from a storybook.

We could walk from one end to another within 20 minutes in the old town. Still it’s worth spending a day exploring all the pretty streets and visiting Český Krumlov Castle. And eating chimney cakes. 😀

We’ve already written a guide to Český Krumlov and other highlights of South Bohemia – read it here! 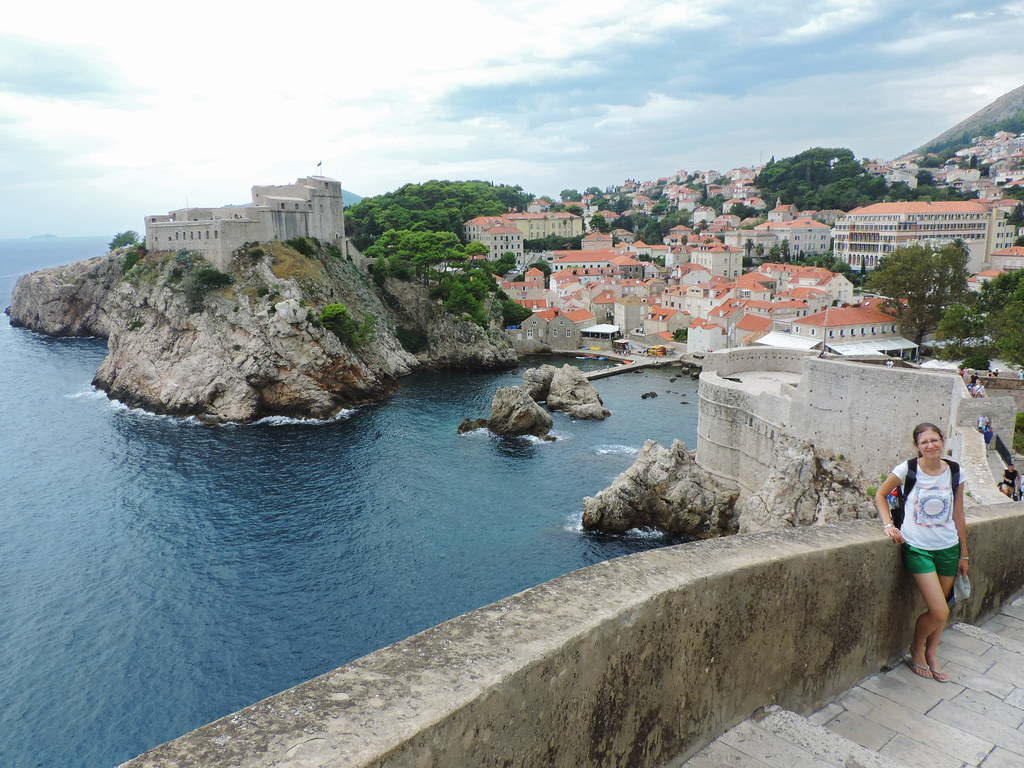 Very few old towns in Europe remained so intact as Český Krumlov, but Dubrovnik is another one of those few. Its historical center is located on a peninsula, and thick city walls run around it. Even today the only way to access historical Dubrovnik is through one of its three gates: the Pile Gate, the Ploce Gate and the Buža Gate.

Located on the coast of the Adriatic Sea in Southern Dalmatia, Dubrovnik dates back to the 7th century. It was a prosperous harbor and an independent merchant republic for 700 years! Its unique cultural heritage and architecture is overwhelming.

We walked around the old town on the city walls which rewarded with great views of both the Adriatic Sea and the red roofs and church towers of Dubrovnik. Then we continued on Stradun, the main walking street, and got lost in all the narrower, steeper cobblestone streets. 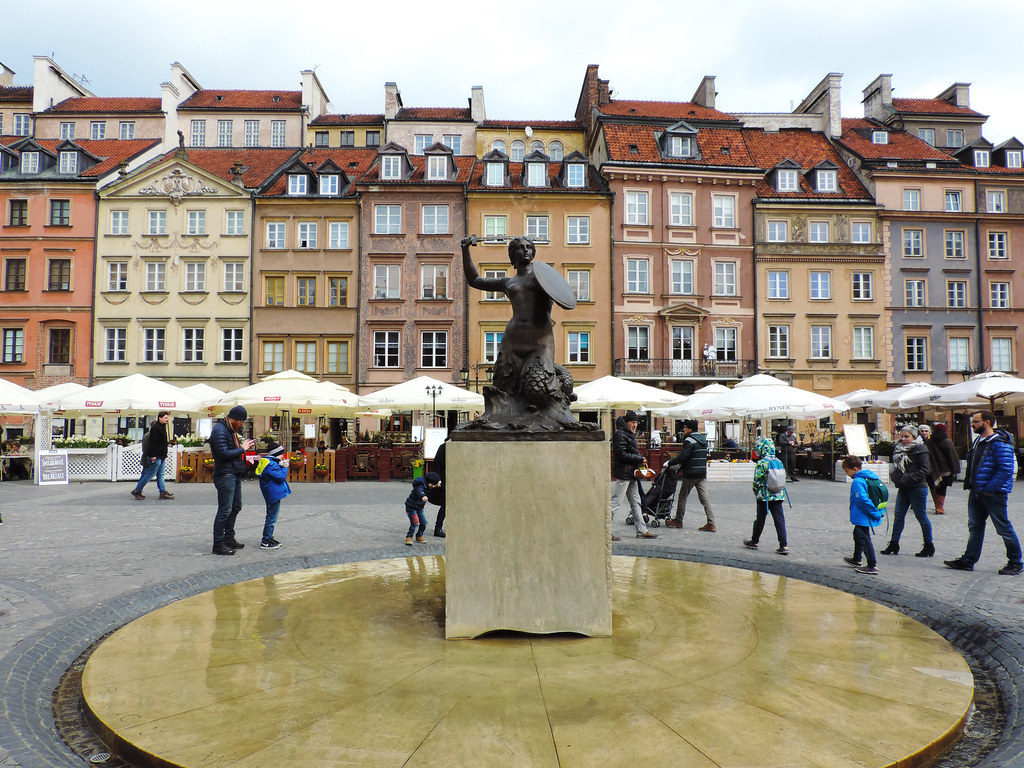 The old town of Warsaw can be called anything but intact. (Should I pinch myself each time I use this word again? I probably should.) About 85% of the city center was completely destroyed by the German Army during the Second World War. Still it looks fabulous today. The colorful historical townhouses, churches and all the doors, windows, facades, balconies make for an old town where everything is in perfect harmony.

The truth is that it was rebuilt with enormous effort. Thanks to this near-total restoration it was recognized as a UNESCO World Heritage Site. And we loved it so much! While Krakow was beautiful as we expected, Warsaw exceeded our expectations. We could only recommend to include it in your itinerary if you visit Poland. 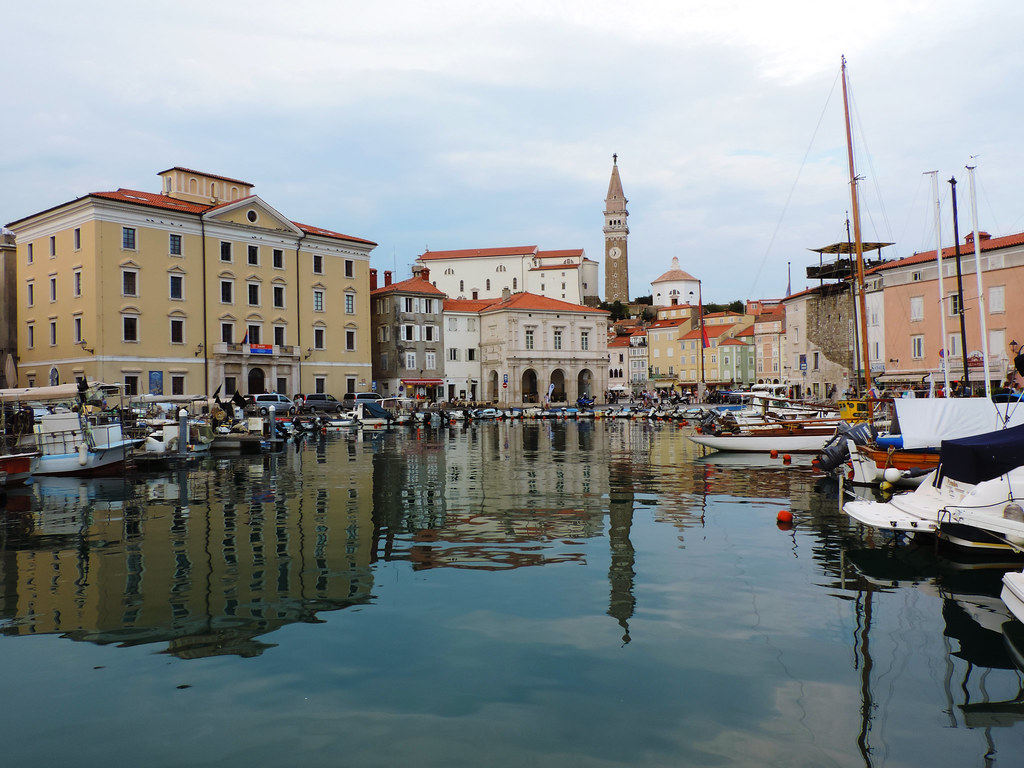 Sitting at the tip of a narrow peninsula, Piran is the pearl of Slovenia’s Adriatic Coast. If its historical center makes you feel like being in Venice, it’s not even very far from the truth. It was part of the Venetian Empire for 5 centuries.

Though it’s one of the major coastal towns in Slovenia, it really doesn’t feel that major. It feels charming. Colorful. It feels romantic. (You should count with the nice sea and sunset views.) Its medieval Venetian architecture amazed us, just like the sunset walk on its seashore promenade.

Starting from Tartini Square, the main square of the old town, we comfortably walked around Piran within 4-5 hours. And since some of the nicest beaches in Slovenia can be found nearby, in Nature Park Strunjan, we could combine beach time with sightseeing. 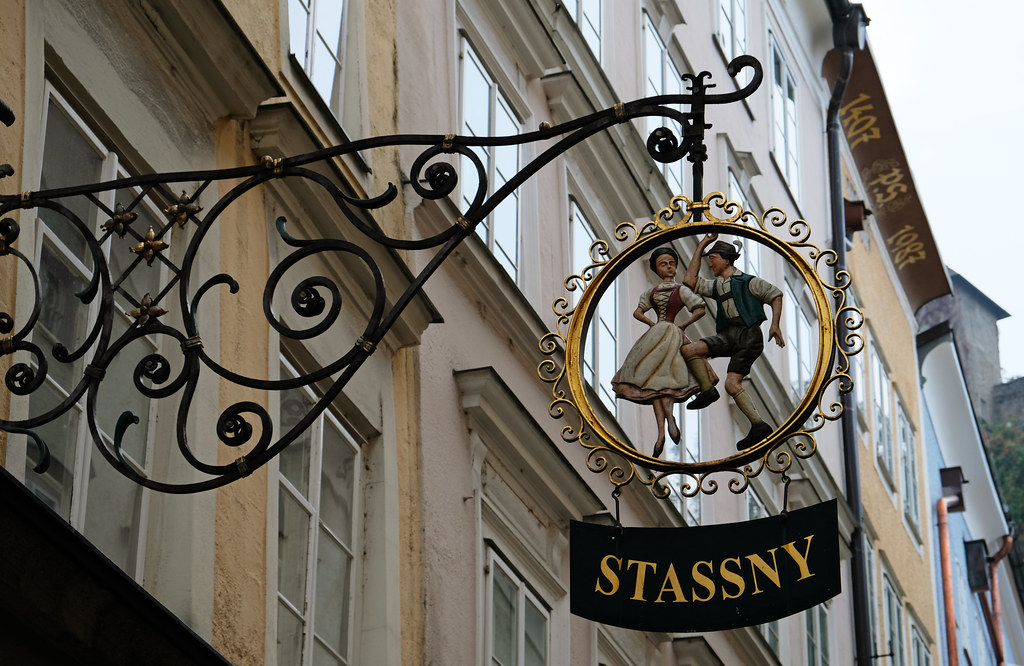 Salzburg’s elegant Baroque Old Town looks like a costume movie set. (Actually, it was a shooting location for the costume movie “The Sound of Music”.) The winding streets, pretty squares, giant cathedrals, Hohensalzburg Fortress towering above the Baroque roofs and the countless colorful coat of arms stole our hearts. It’s the city of Mozart (he was born in Salzburg) and it took us back to his time. 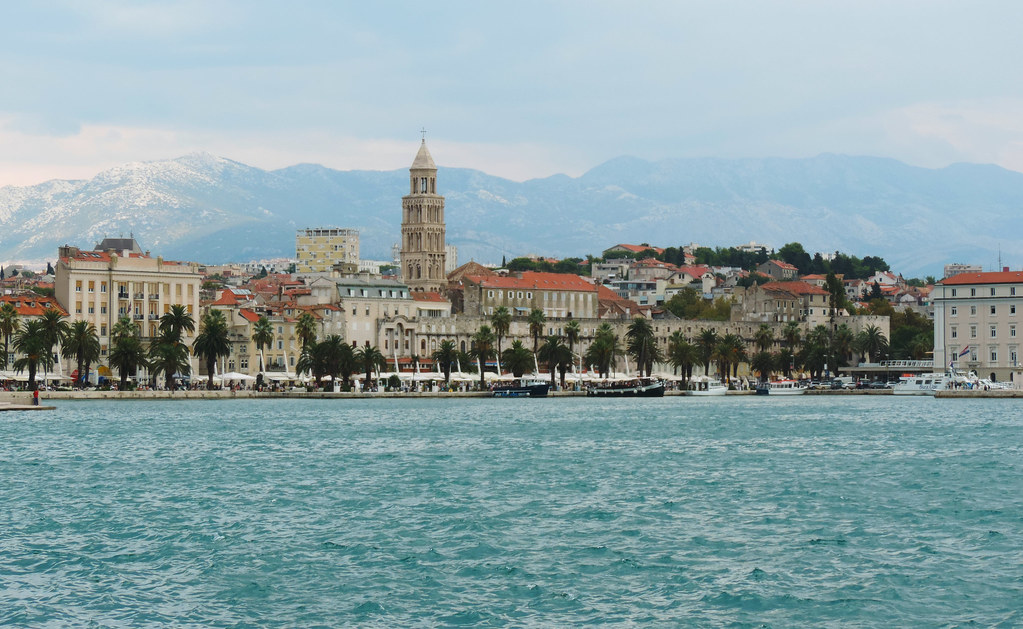 While the old town of Dubrovnik is getting extremely popular and well-known, we shouldn’t forget that Croatia has several other towns with incredibly rich cultural heritage. Like the coastal city of Split, Croatia’s second largest city. Its historical center is one of the oldest ones in entire Europe: it dates back to the second or third century before Christ.

The thick, old city walls run around most of the old town. The Roman Palace of Emperor Diocletian was built roughly 1700 years ago and it stands in the center of the old town. Going up to its tower offered great views of the red roofs, Split’s harbor and coastline. Wandering around on the cobbled streets was a kind of time travel. We fell for Split, and we can’t wait to explore even more of Croatia. 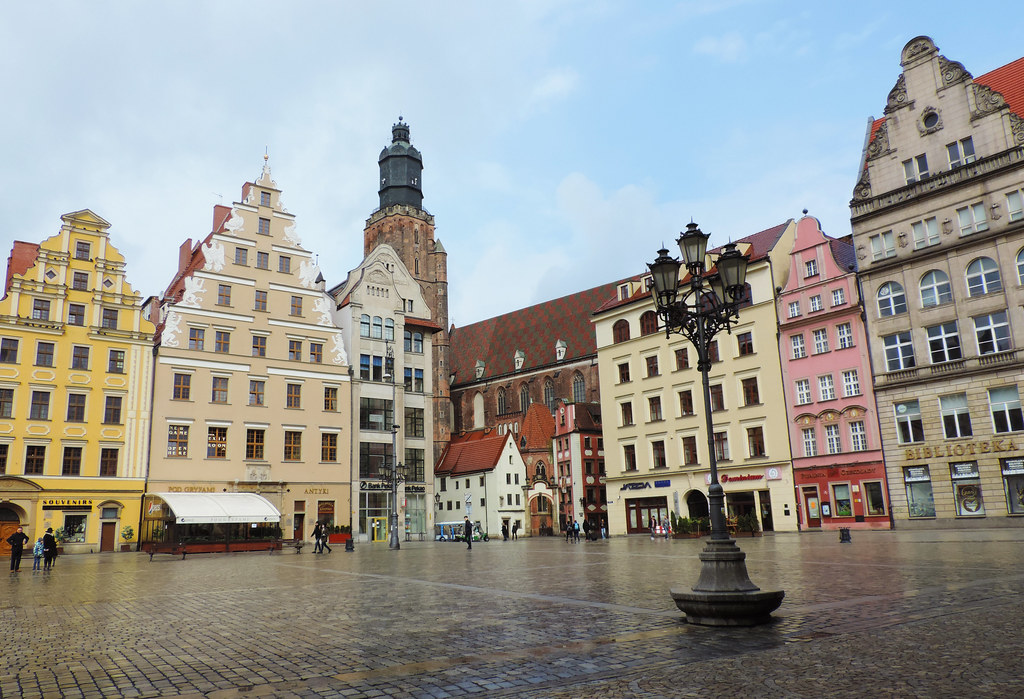 Last but not least, another jewel from Poland: Wrocław. Its Main Market Square with the pastel colored houses looks similar to that of Warsaw’s, but in its center stands the real highlight: the Old Gothic Town Hall. It originates from the 13th century, and the rich decoration of its facades makes it one of the most stunning of its kind.

To go back to even earlier times, we walked to Ostrów Tumski, the “Cathedral Island”. It’s the oldest part of Wrocław, home to the giant 10th-century Wrocław Cathedral.

Finally, a not too old but exciting piece of Wrocław’s history: the dwarfs. The first one was a symbol of the anti-communist movement, and today they are all over the city center. It’s fun to hunt for them!

What did we miss? Do you have a favorite European old town?