This full day hike in Anaga Rural Park has the best of everything: breathtaking coastal and mountain views, lush greenery (and amazing wildflowers in spring!) and a wild, barely known black sand beach, Playa de Antequera. It takes roughly 3 hours to get there, and another 3 to get back on the same way, the rest you can spend on the beach.

We liked the scenery all the way – and the solitude, as well. This is not a busy trail, and it was one of our favorites in Tenerife! Maybe it seems like “what’s all the fuss about getting to this beach? there are so many beaches on Tenerife that are easier to access”. And yes, this is true, but the highlight of this trail is not Antequera Beach (even though it’s a beautiful one), but the trail itself. It’s that scenic. All. The. Way. 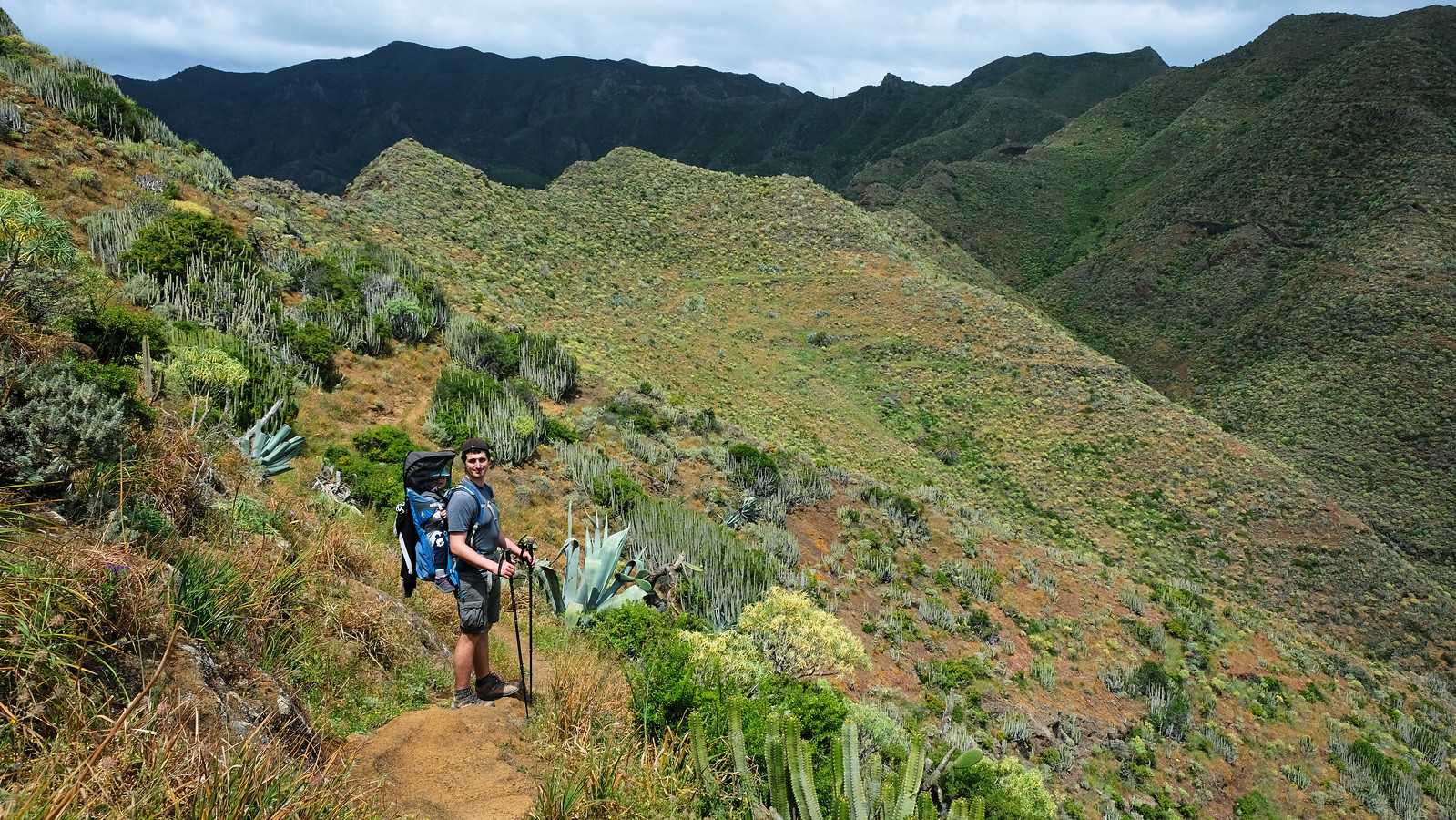 Okay, okay, but how can you get there?

The trail starts from the small coastal village of Igueste de San Andrés which is north of the capital, Santa Cruz de Tenerife. We parked our car on the street – this is what we did most of the time as trailheads rarely have their own parking lot (except inside Teide National Park).

We walked through the lovely village, and soon found ourselves on the oceanfront promenade. It’s not so close to the shore, but it offers pretty views of Igueste de San Andrés and its beach. We were impressed, and from then on, we’ve constantly been impressed as we continued the trail. Because we soon reached the fork where a dirt path started to ascend into the Anaga Mountains. 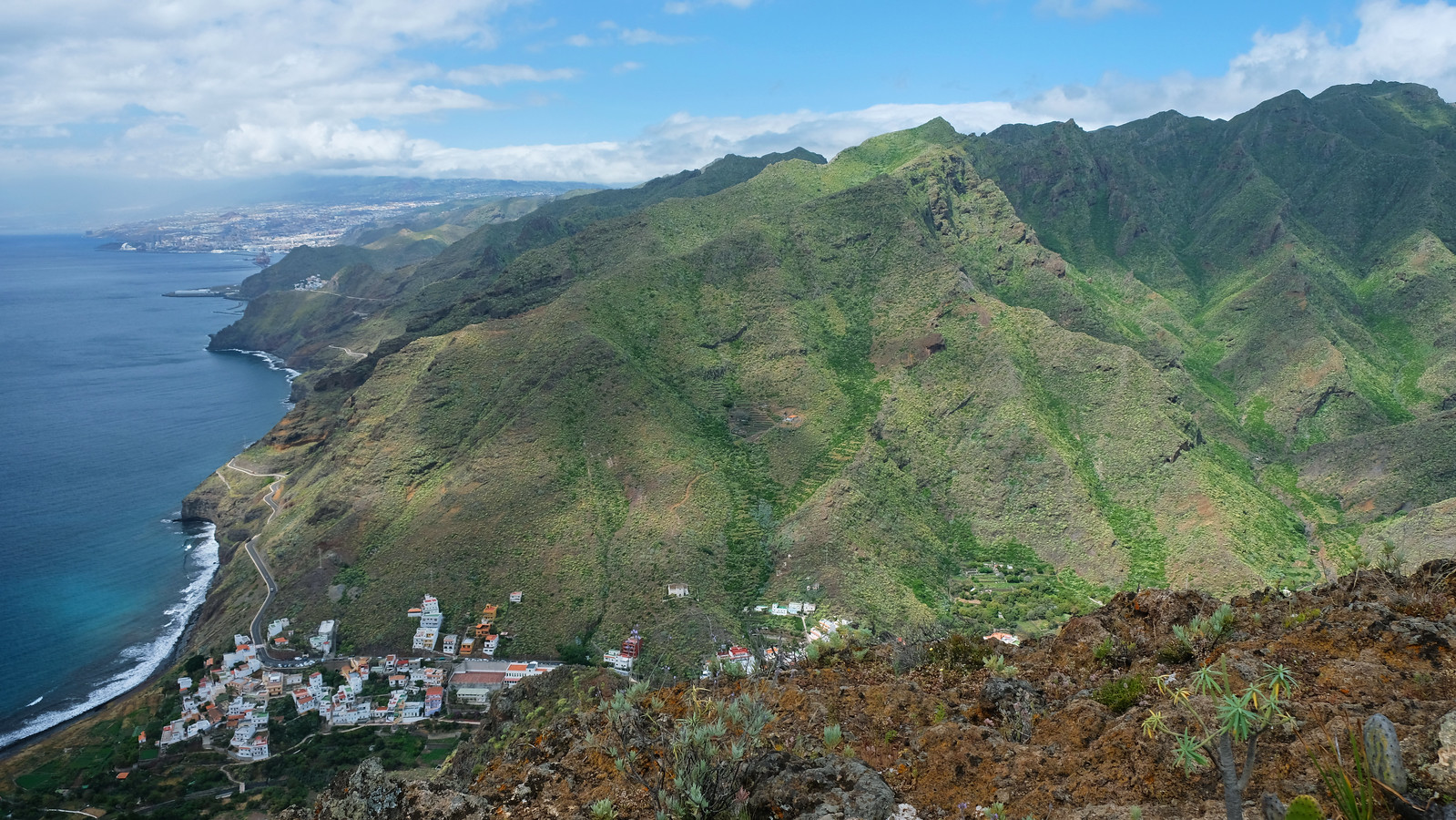 The name of Antequera Beach was not on the signpost, which was a bit strange after all the well-marked and clearly signed trails we’ve done in Tenerife until then, but we had our online map, and it was obvious that we had to take that path. It was also obvious that it was an official trail, safe and wide.

A scenic viewpoint about halfway to Antequera Beach 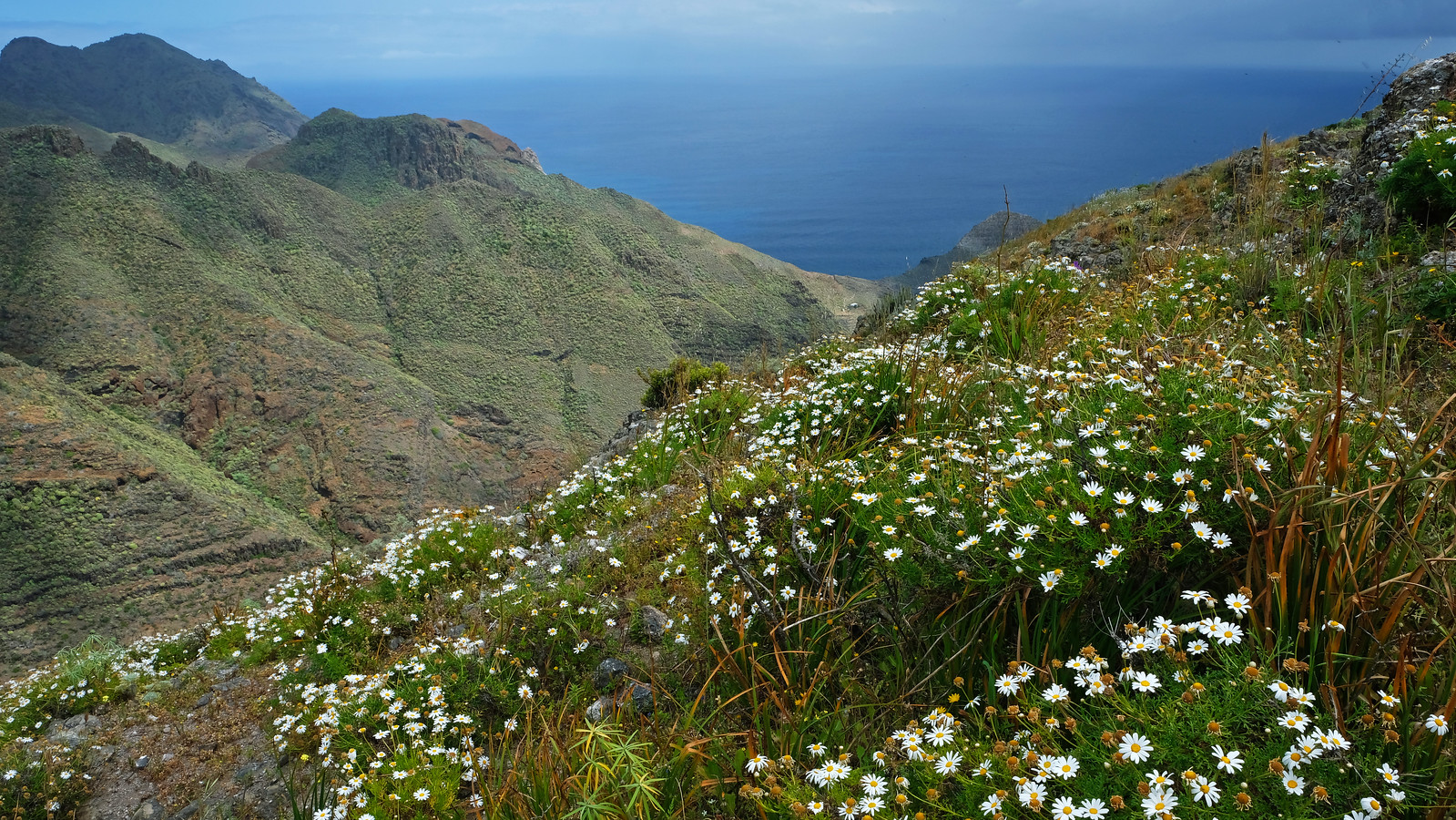 Igueste de San Andrés became smaller and smaller as we looked down, and Santa Cruz appeared in the distance. We could also see more of the coastline and the mountains with each step. The path was zigzagging and relatively steep, but wide enough to be able to hold our 1.5 years old Tomi’s hand and to lead him upwards until he got tired.

It takes about 1.5 hours to climb up to the first mountain ridge and reach La Atalaya. (It took us 2.5 hours, because Tomi walked on his own in the beginning, and that makes it longer.) There was a ruined house at La Atalaya, and a small meadow with lots of flowers where we sat down for a picnic. Then we walked to the viewpoint at the end of the ridge for a perfect, breathtaking 360 degrees panorama of the mountains and the coastline. We’ve already seen Antequera Beach in the distance from there. 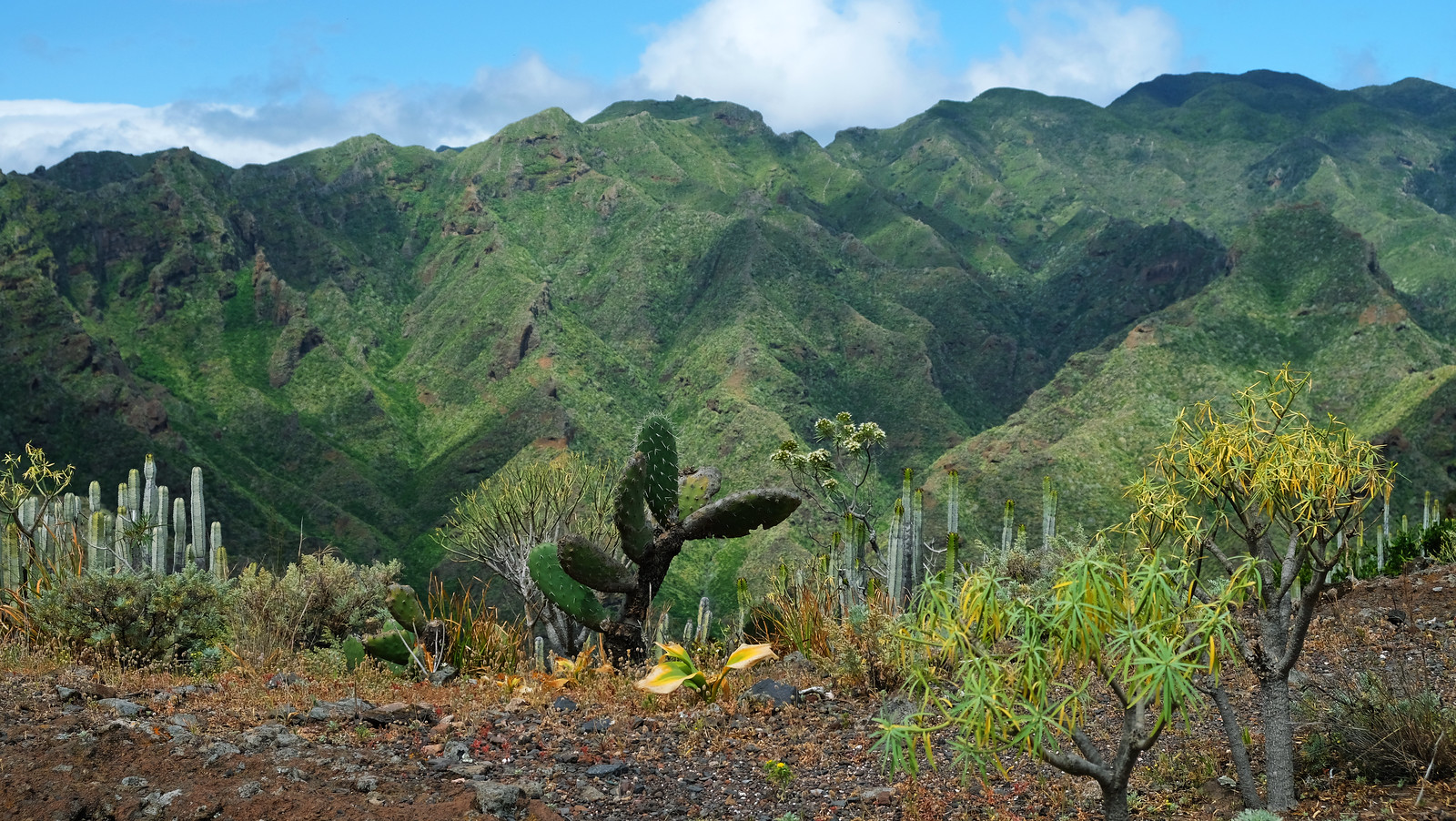 If you want to make this hike shorter, this is where you can turn back and hike down to Igueste de San Andrés on the same path. But we walked back to the meadow, and then started our descent into the first ravine.

Hiking through the deep ravines 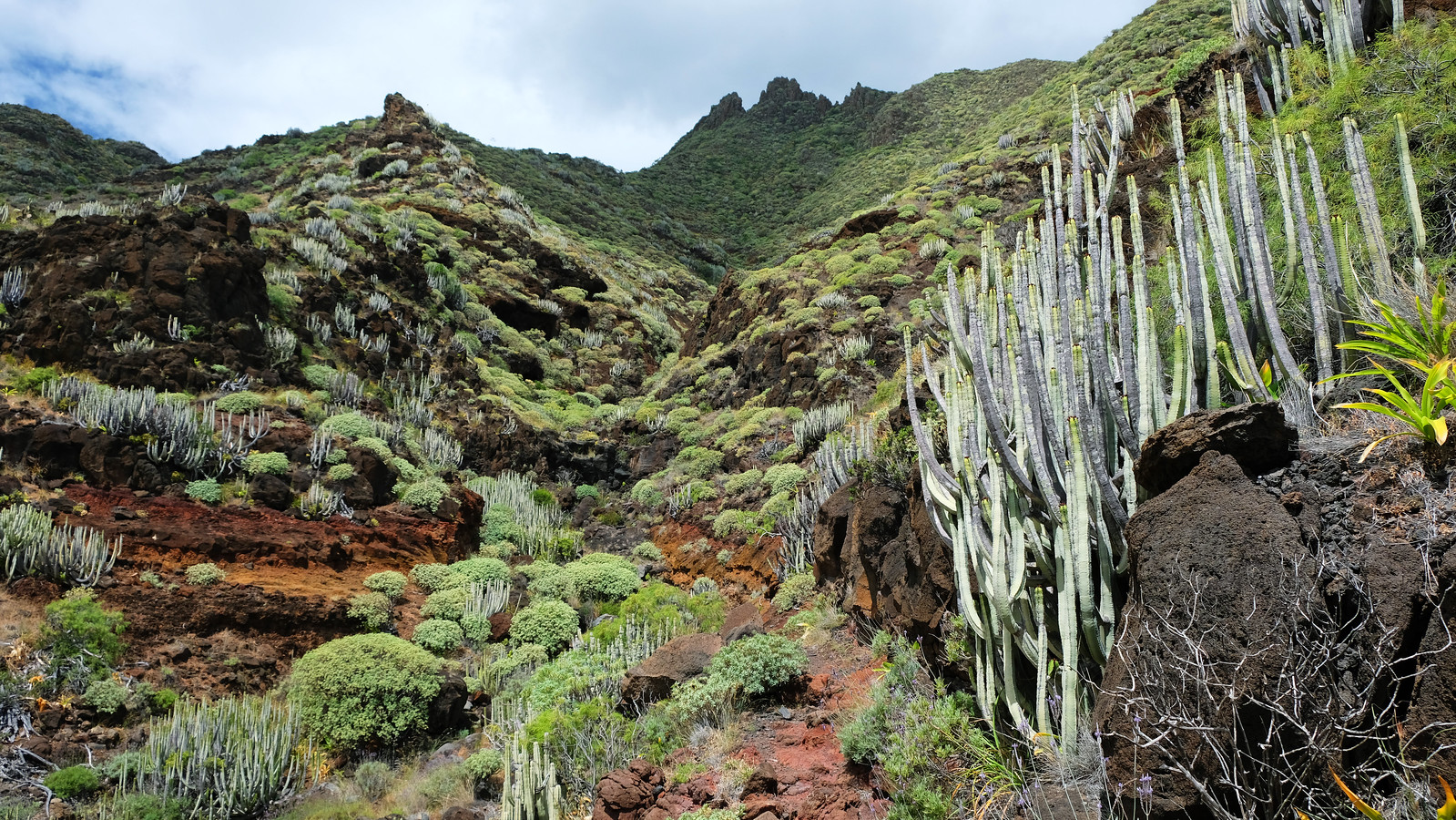 What makes this hike strenuous is the constant ups and downs as you hike through the ravines. The trail became even steeper and quite narrow, too, so it wasn’t suitable for Tomi to walk anymore. Not that he wanted to. He had his daytime nap in the carrier backpack while we hiked through the ravines which were covered by cacti, flowers and lush green bush. We caught glimpses of caves above us from time to time, a big one made of red cliffs was located right by the trail. 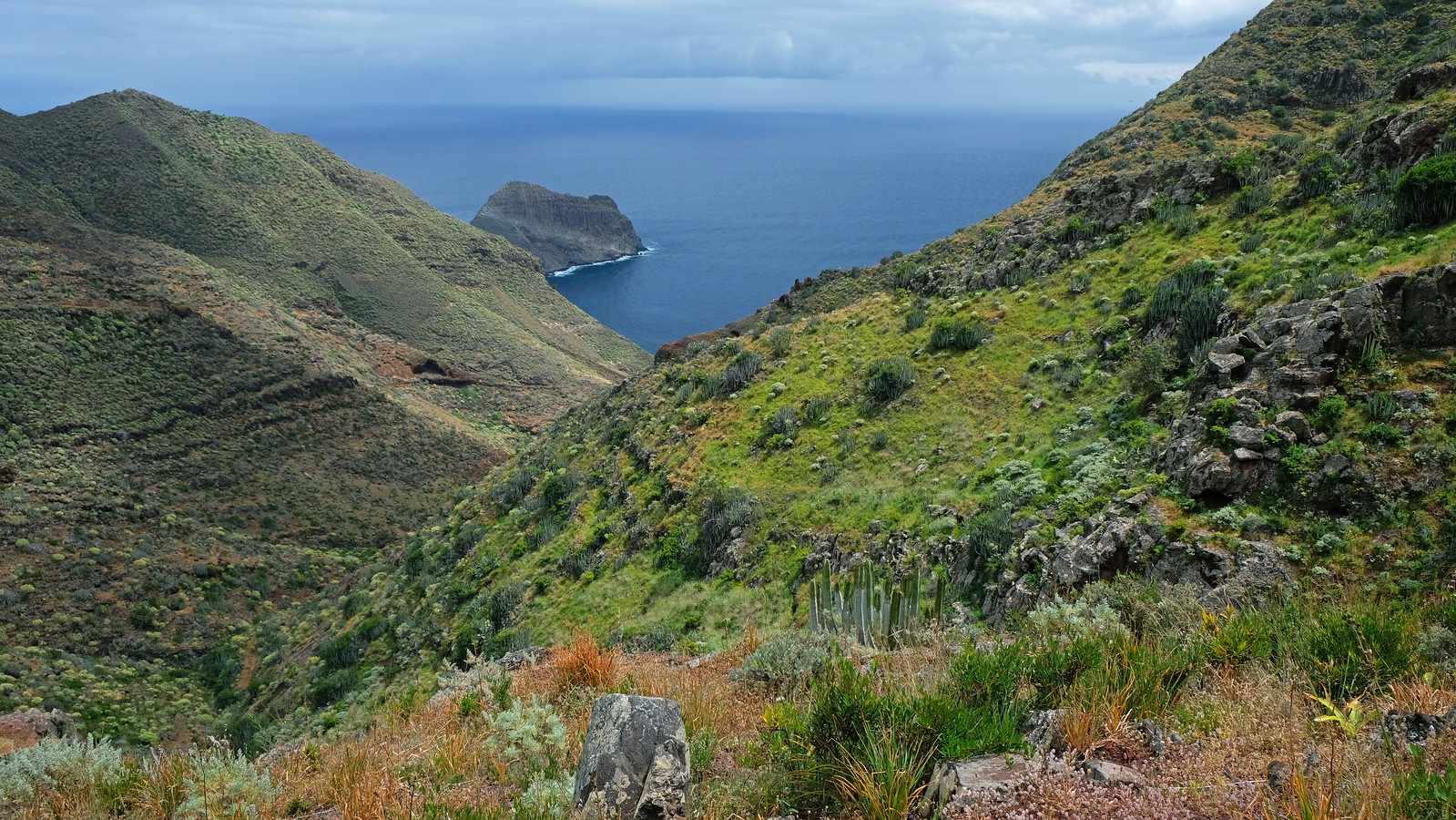 Then the path started to ascend again to take us through another ravine. Soon we found ourselves hiking on a narrow path right by the coast, and then it started to descend steeply again, towards our destination, Antequera Beach. 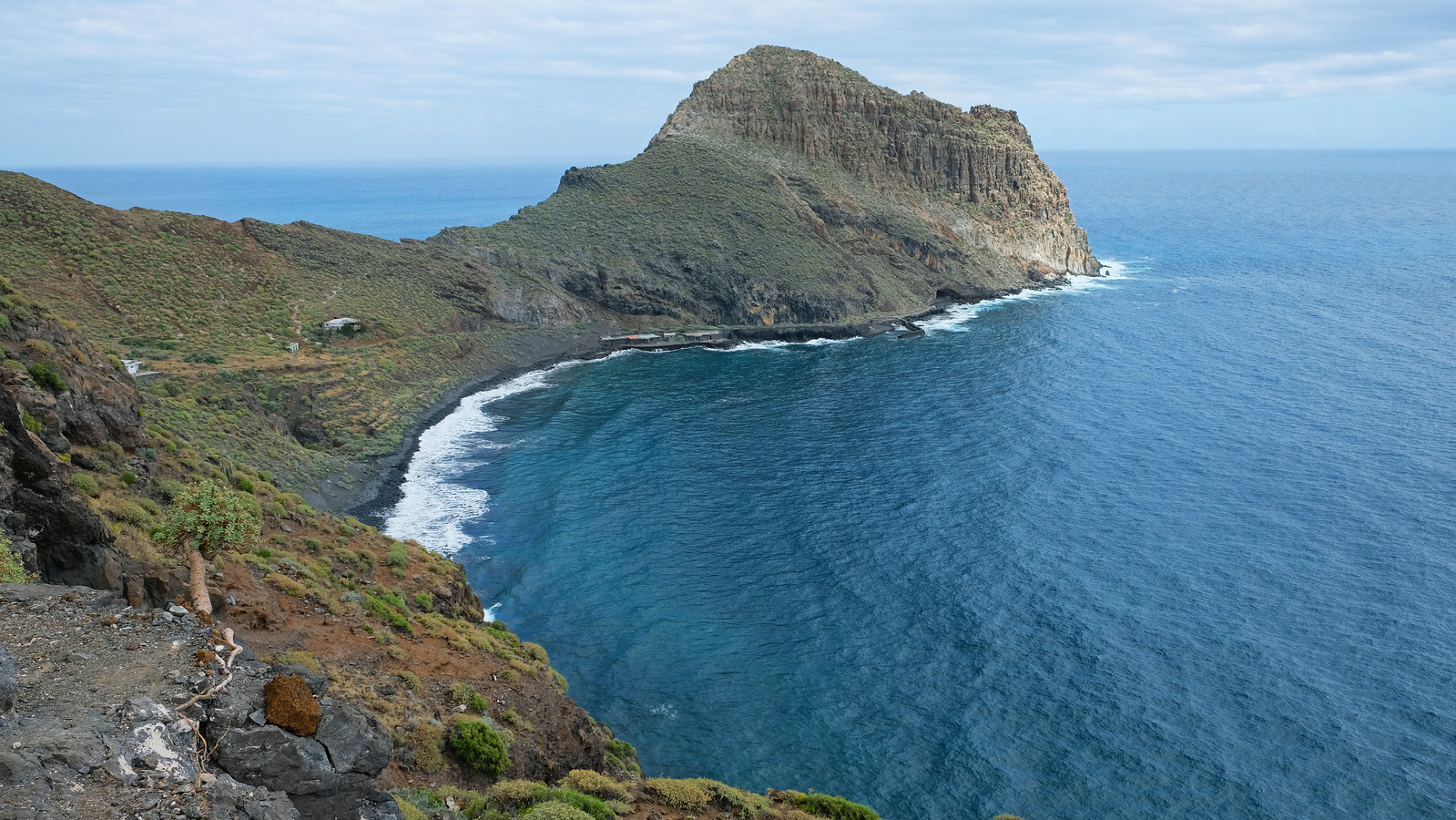 Black sand, giant waves (the largest we’ve seen on the island!) and towering rock walls at the southern end of the bay, a scenic, rocky peninsula at the northern end. Antequera Beach was abandoned, wild and beautiful! The only way to access it is by hiking (or by boat). And it was almost swallowed by high tide when we reached it.

Because of the powerful waves and strong currents, it’s dangerous to swim. Naturally, there’s no lifeguard or any other services on the beach – you can be happy if you have cell coverage. 😀 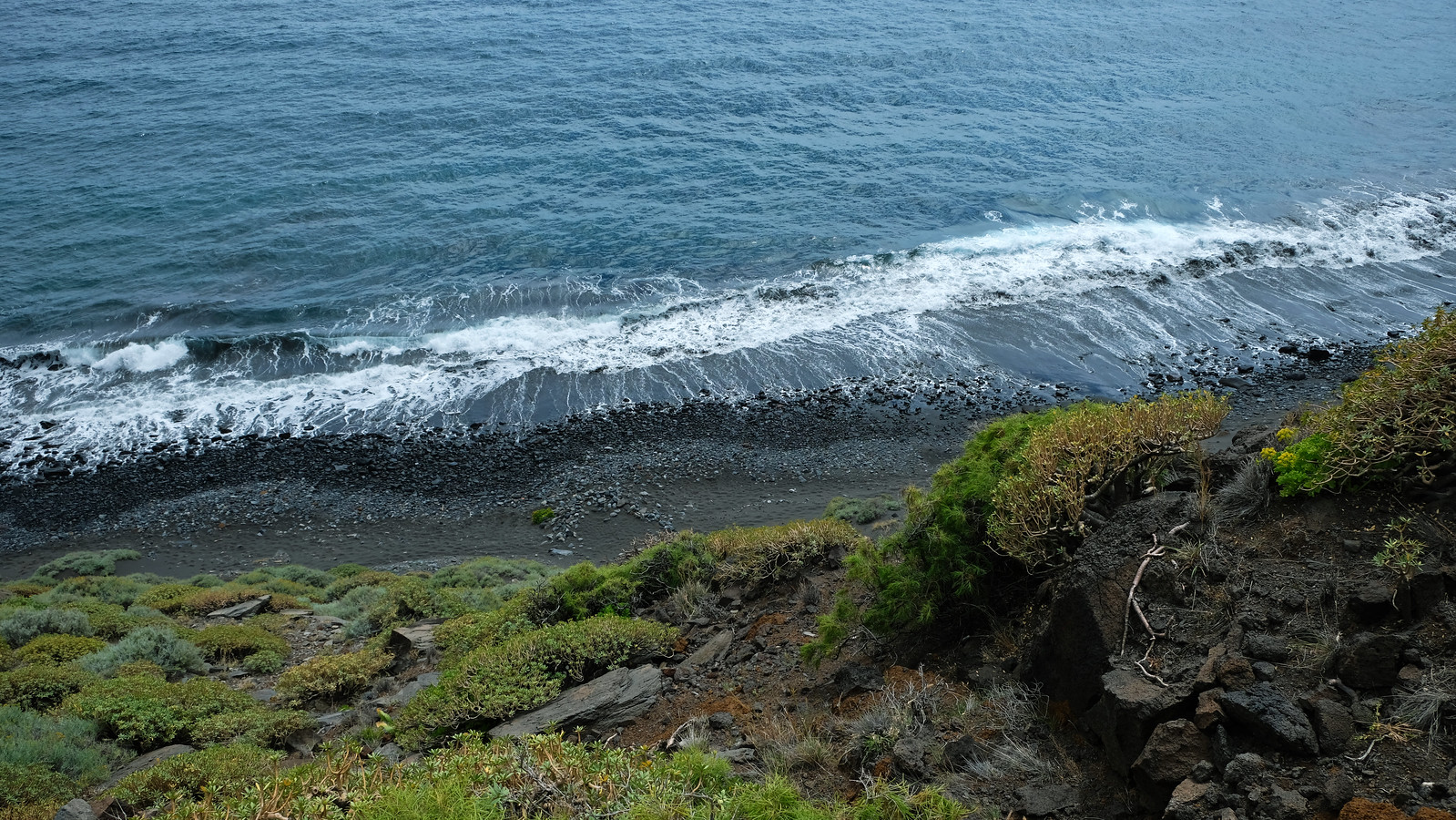 We spent an hour there, eating, playing in the waves and relaxing before we decided it’s time to turn back. You might have more time on the beach, though, if you’re not with a toddler. We just usually don’t manage to start our hikes before 10 am with Tomi, and we need to calculate with an additional 2-3 hours hiking time, because he walks a few kilometres on his own (which we are happy about, by the way).

Back on the same way 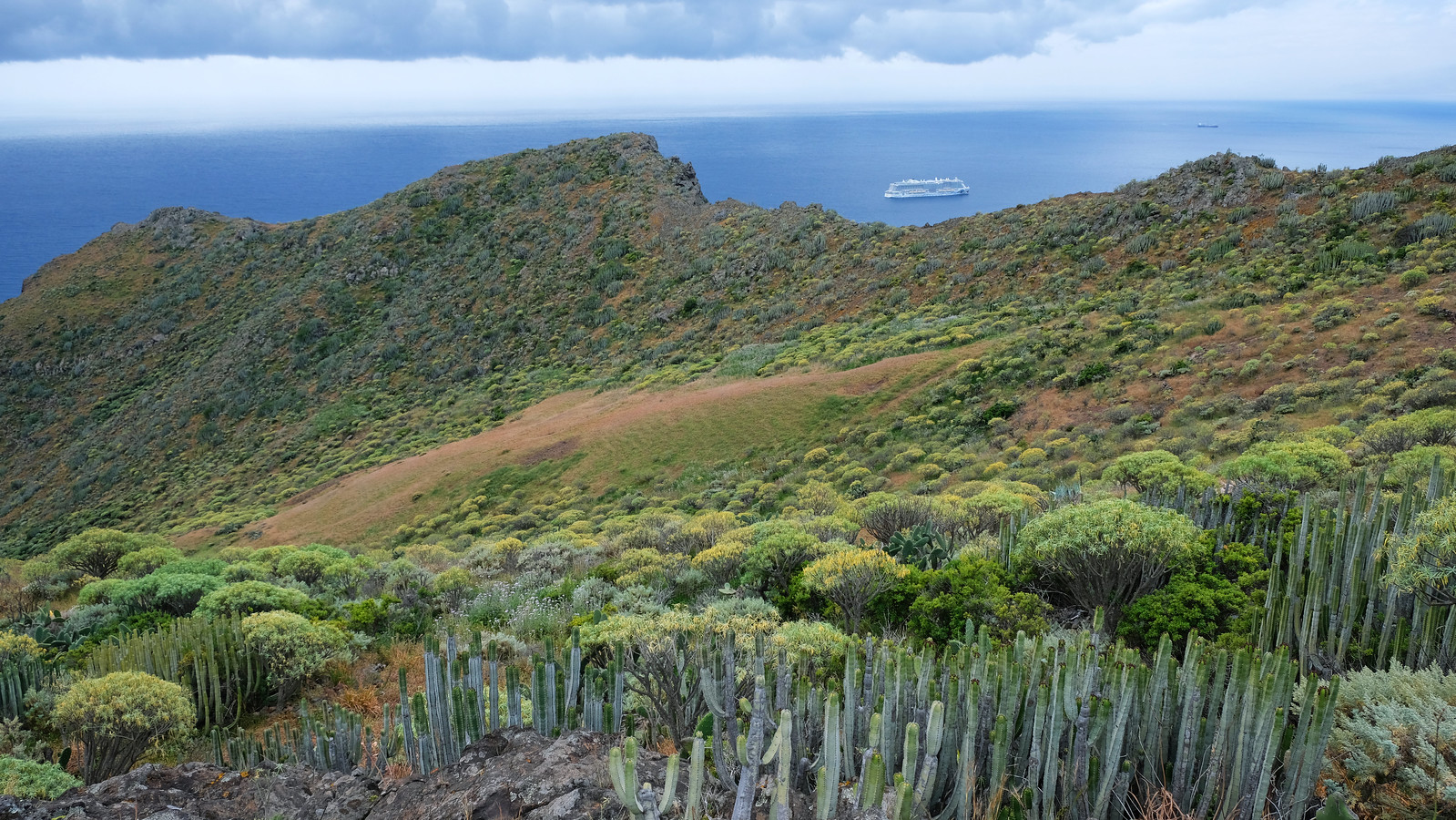 The shortest route to Antequera Beach is from Igueste de San Andrés, and it’s not possible to make a loop out of it. So we hiked back on the exact same way we came – which is very scenic and full of steep ups and downs. The altitude difference is almost 500 meters in one way, which means it’s almost 1000 meters if you do it there and back. You won’t climb any peak here, but you’ll work just as hard – and the views are just as impressive!

So, who’ll take up the challenge?