Our Best Of Copenhagen, Denmark

Our Best Of Copenhagen, Denmark

We’ve written about our first impressions of Copenhagen shortly after our trip in March. But that post contained very few useful information for anyone planning a trip to Copenhagen. We loved writing that post though. If you don’t really plan a trip right now, just want to experience something of Copenhagen, read it – otherwise, this one is for you! 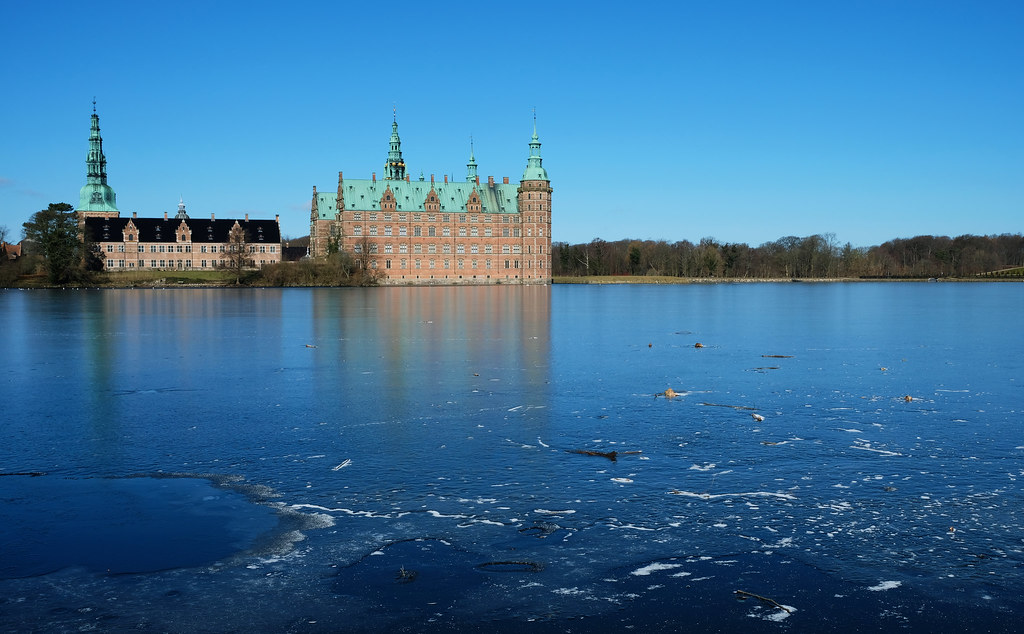 We’ve spent 3 days in Copenhagen – thinking that it will be enough. Well, it was enough to explore the city center, the lovely canals and visit some majestic royal palaces. But Copenhagen offers so much. We were sorry to miss the National Aquarium, and also Kronborg Castle that’s just a bit north outside of the city. And who knows what else?

We could have used a couple of extra days. Copenhagen is a city that’s worth several visits, anyway. But let us show you what we liked on our first as a start… 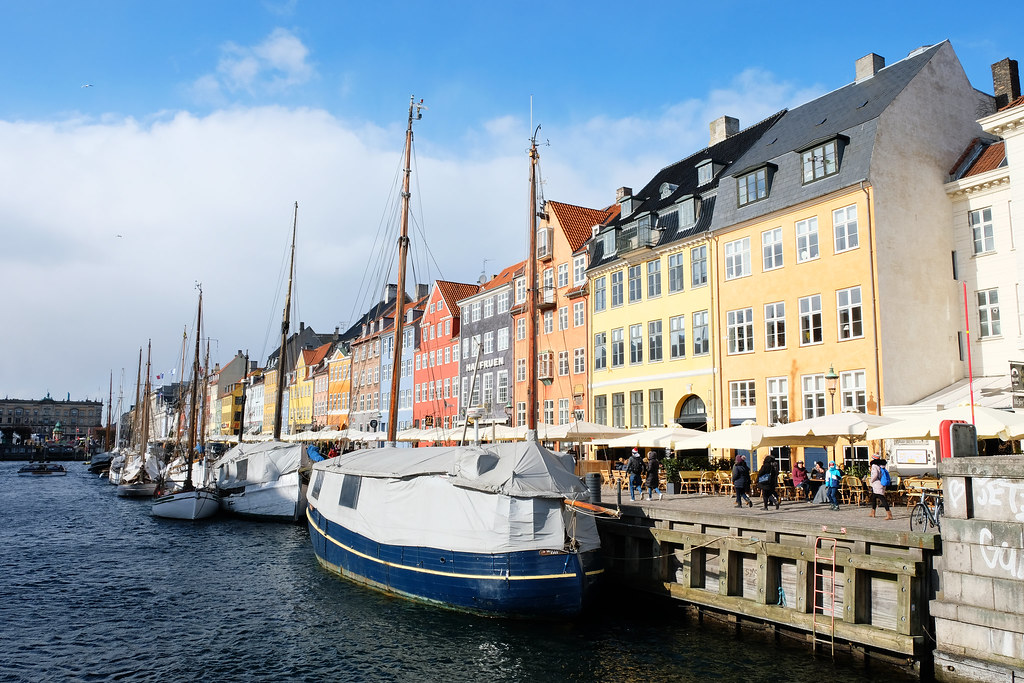 Nyhavn is kind of the main walking street of Copenhagen. Its 17th-century waterfront is lined by brightly colored houses, many of them are restaurants, bars and cafés. It’s a popular place both for locals and tourists to chill out after a busy day. The canal is also home to some old wooden ships.

As an obsessed photographer (who just tried her new camera for the first time in Copenhagen, I might also add), I couldn’t help noticing that Nyhavn is the most photogenic area in the city. Colors are bright and vivid during the day, and it’s nicely lit up at night. Sunsets are magical. Probably I took one-third of my pictures of Copenhagen in Nyhavn and I liked photographing it so much! It’s a grateful subject. 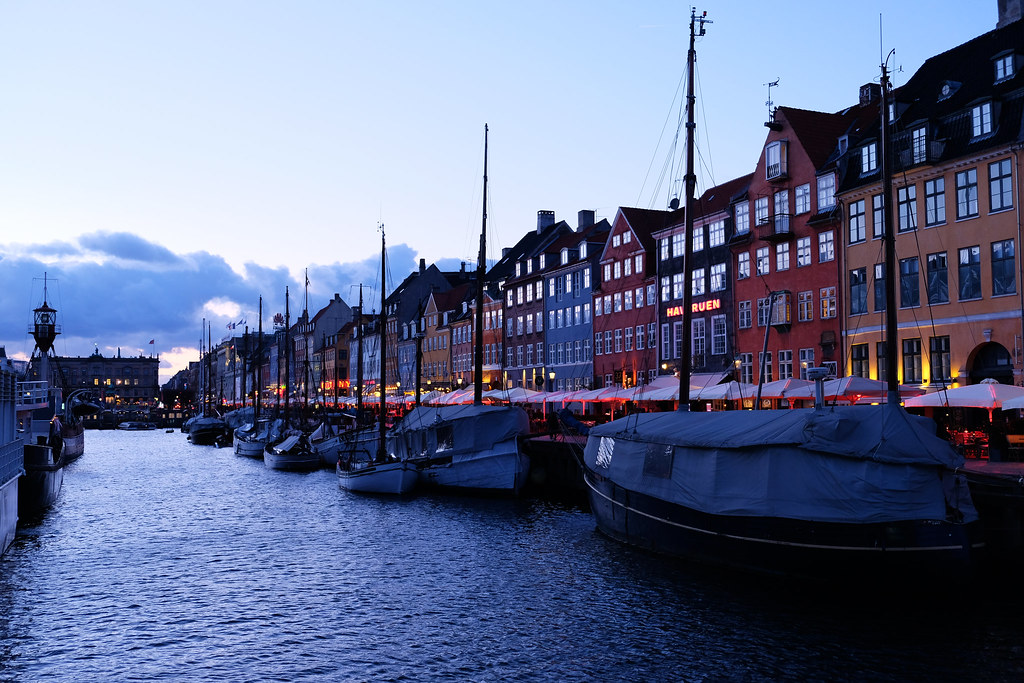 It was a surprise to learn that originally Nyhavn was a busy commercial port with alehouses, sailors and ladies of pleasure. It’s nothing like that today. Another interesting fact is that the most famous resident of Nyhavn was Hans Christian Andersen. The Danish fairytale writer lived at Nyhavn for about 18 years. 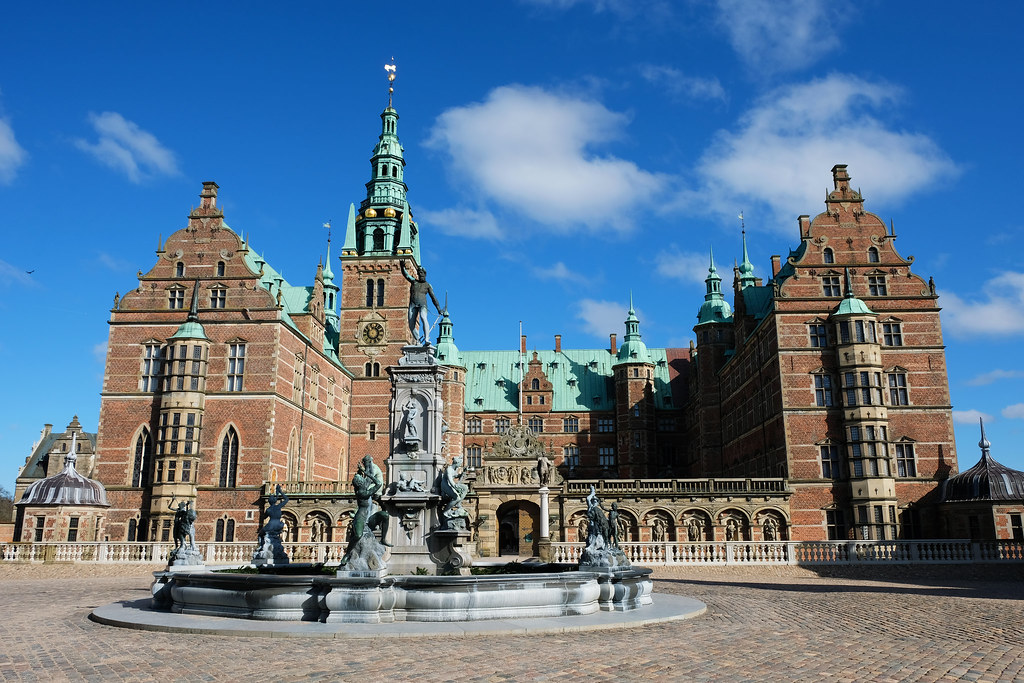 We’ve already visited dozens of castles in Europe, but it’s something we can’t get bored of. Their splendor, their architecture and their history amaze us each time we visit one. Copenhagen has three royal palaces and they are all in the city center, walking distance from each other. We plan to write a more detailed post just about the royal castles of Copenhagen (and near Copenhagen 🙂 ), so here’s just a quick summary about what you can see in each. 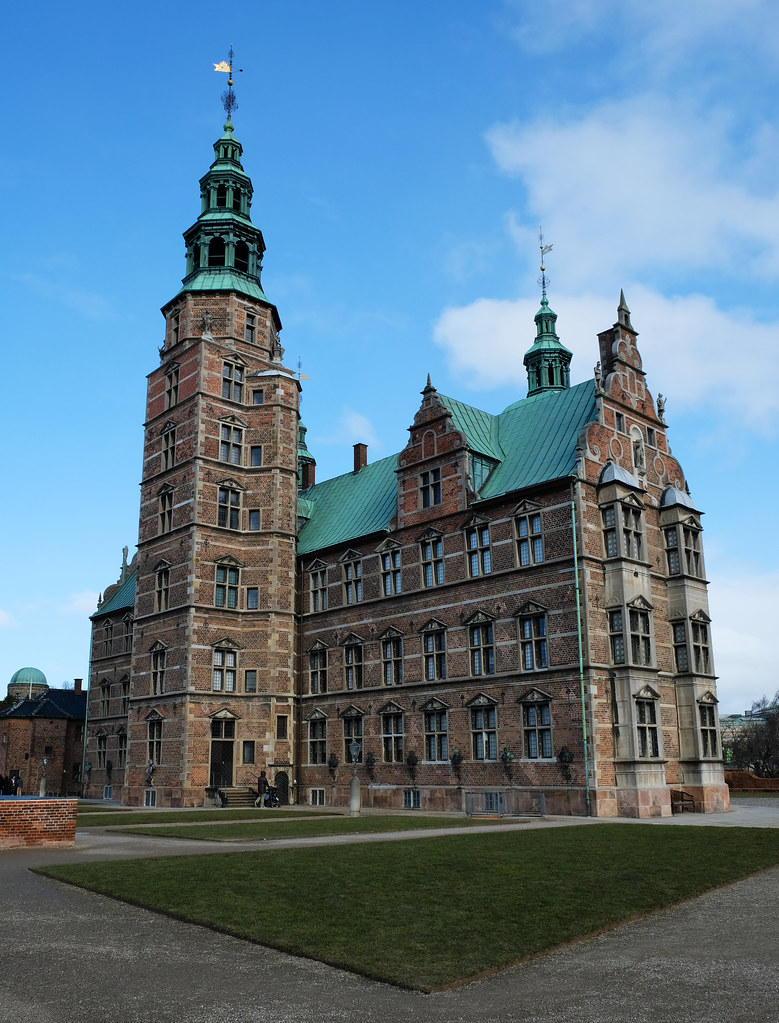 Rosenborg Castle is a museum today. We could walk through its majestic halls full of royal art treasures, and Denmark’s Crown Jewels can be seen in its treasury.

Christiansborg Palace is the home of the Danish Parliament, and it’s the palace where the queen welcomes official guests. We visited the representative rooms and we found its interior the most stunning of all the royal castles in Copenhagen. 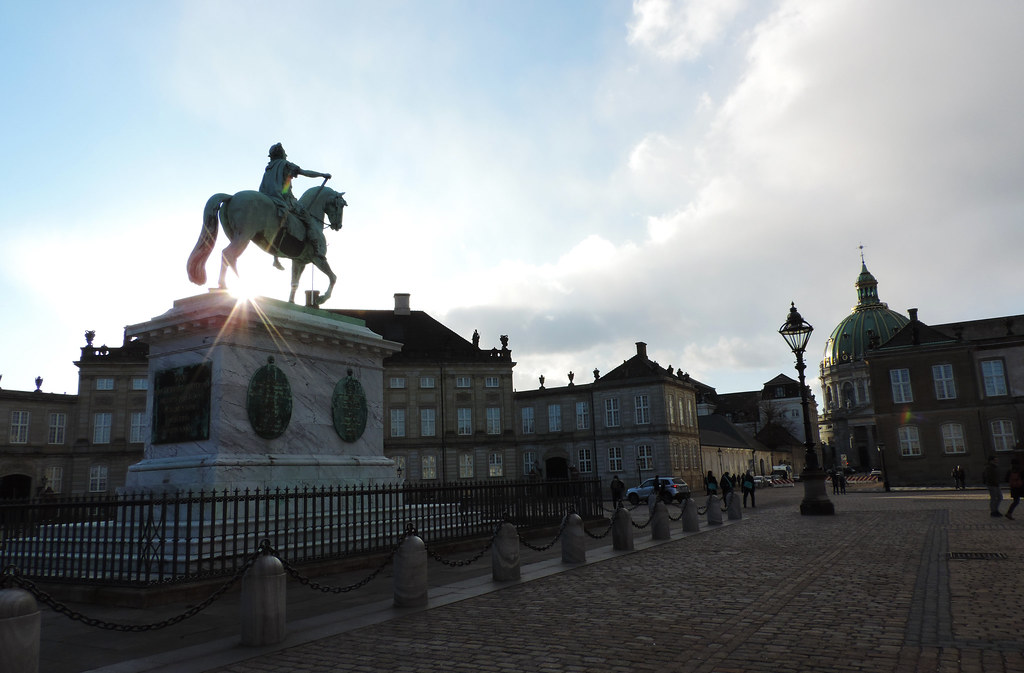 Amalienborg Palace is where the royal family lives today. One of the buildings in the complex is open for public though. It has an interesting exhibition on the history and traditions of the monarchy, as well as some elegant private interiors that belonged to the most recent kings and queens. 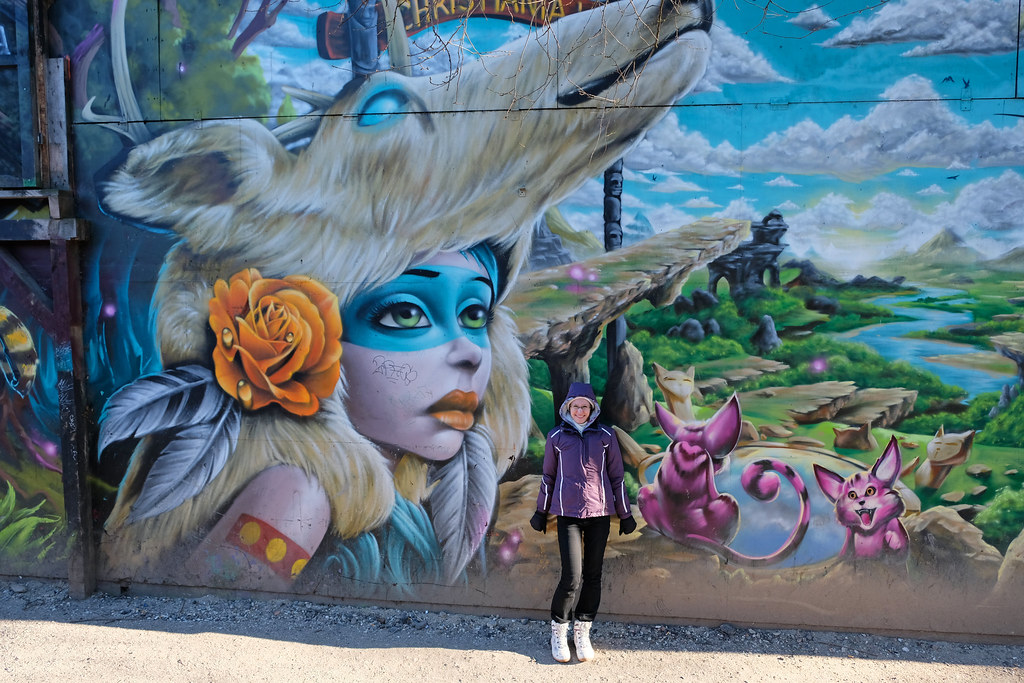 “Dear friends, There are three rules in the green light district: have fun; don’t run — it causes panic; no photos — buying and selling hash is still illegal.” This is the welcome as you enter Christiania, the bohemian district of Copenhagen. (Actually, the “no photo” rule applies only to the main street nowadays.)

Freetown Christiania. It’s the Hippie’s ‘Free Town’, a self-proclaimed autonomous anarchist district with their own set of rules. The hippy community has about 900 members and their highest authority is the community-meeting. Christianit’s are proud that they created a district almost without crime, violence and fear through self-discipline and the community’s close network. 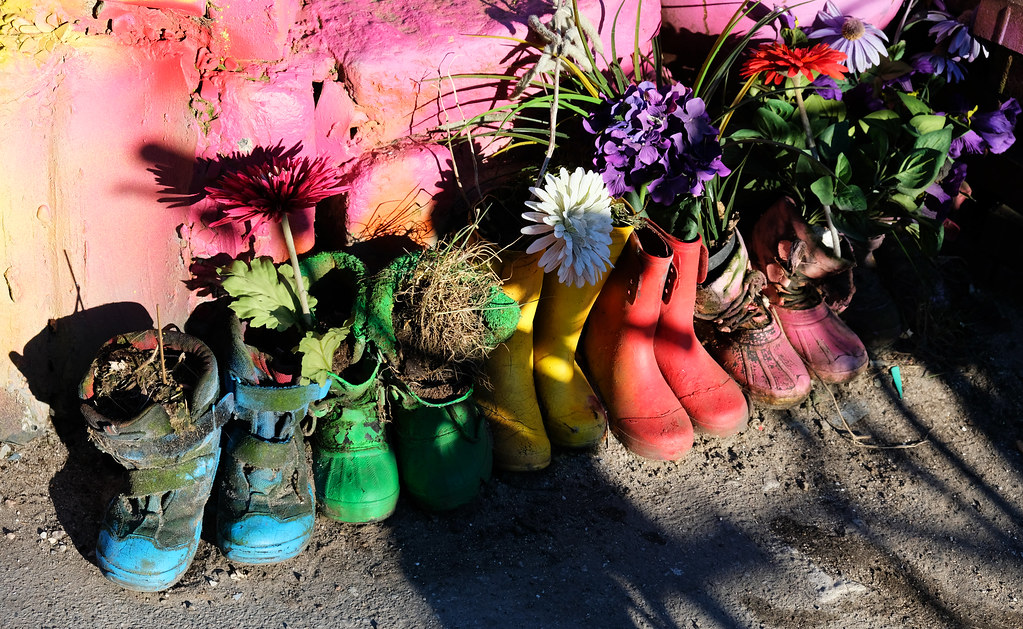 Christiania’s faith is subject to debate from time to time though. Some see it as a proof of progressive and liberated lifestyle that can’t be found anywhere else in the world. But since its opening, Christiania has been famous for its open cannabis trade. It’s a source of conflicts with the police and the government. The legal status of buildings in Christiania is another question. The history of the Freetown is yet to be written. Nevertheless, it’s buzzing with curious tourists. 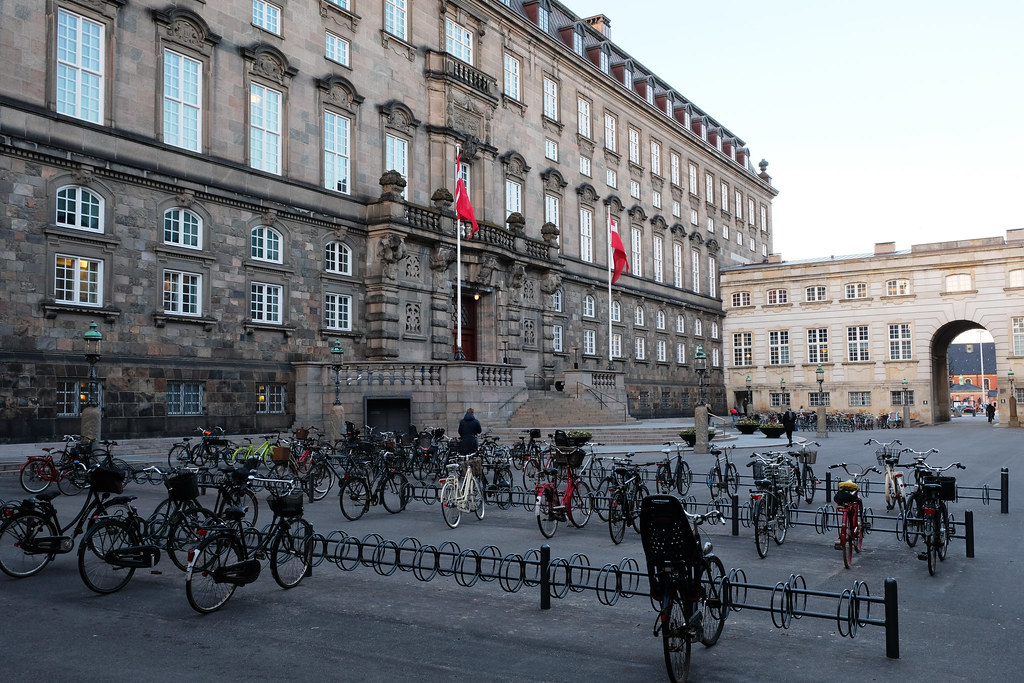 There’s a large parking lot in front of the Danish Parliament and it’s for bikes. Despite of the -4°C (feels like -14 in the chilly wind) and the occasional snow showers at the time of our visit, countless people were biking around in the city.

It’s fascinating. The fact itself that they have motivation to bike in that kind of weather is fascinating to me (and let’s be realistic, weather is mostly like that in Denmark). But also the way they made Copenhagen the city of bikers: wide bike roads, large bike parking racks, dedicated spacious bike storage areas on public transport. Biking just seems to be cool in Copenhagen. 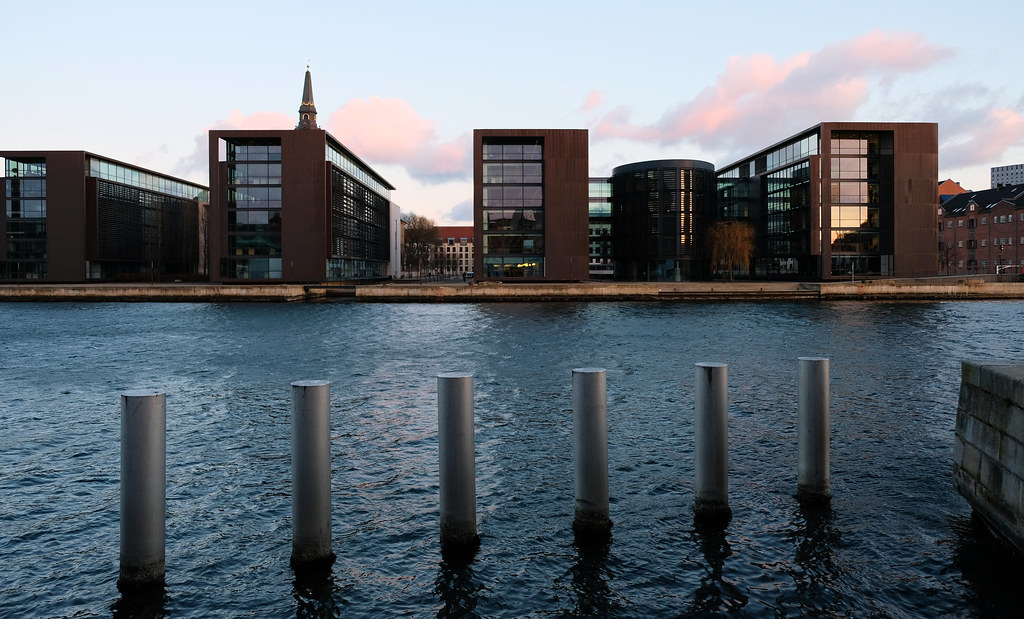 Add some large parks and convenient, frequent public transport to all this. Even the outer districts and the agglomeration can be reached easily. And there’s some tolerant, cheerful serenity about people there that makes me want to move to Copenhagen right now. Oh, wait, if only the average yearly temperature would be some 10°C more… 😛

Architecture – the classic and the modern 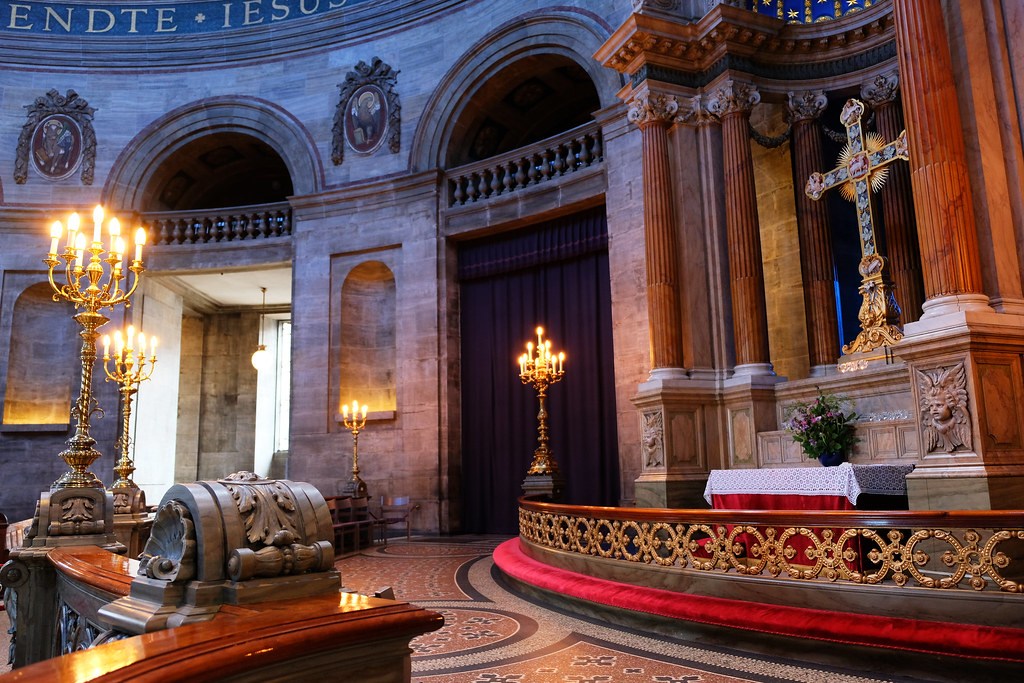 We like walking and despite of the cold weather in March, we wanted to walk around in Copenhagen. We think that’s just the best way to get connected with a city. And we liked just about everything we’ve seen. Not just the bikes and parks (that were still pretty grey in March), but the buildings, too. 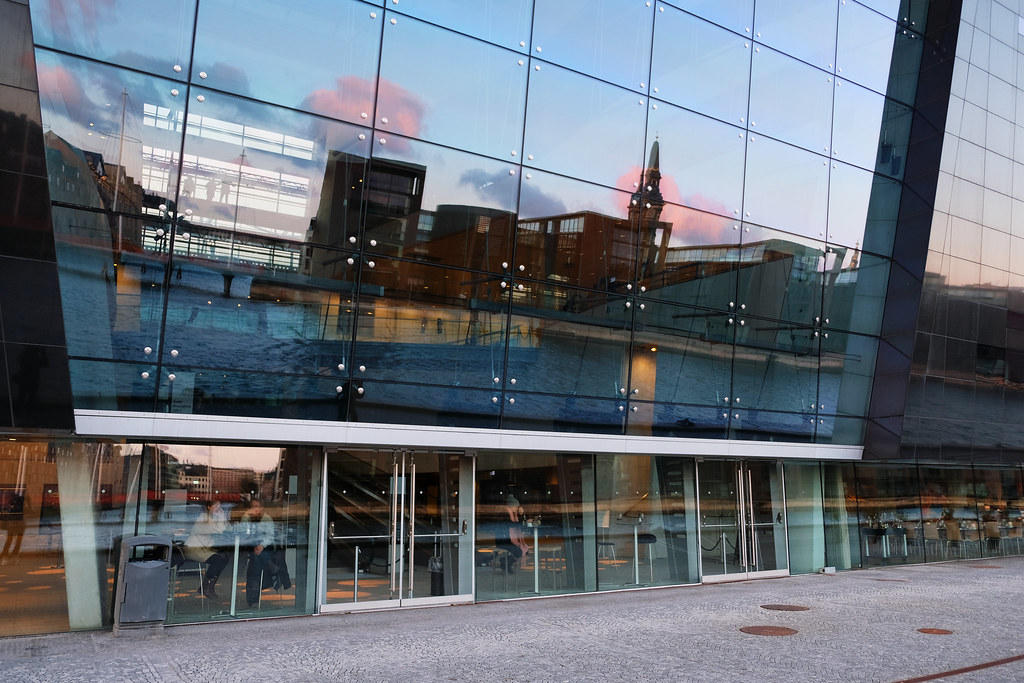 Majestic castles and churches. The giant Town Hall. The colorful historical houses on the waterfront. Also the modern buildings. The Opera House. Offices on the waterfront. Huge glass surfaces reflecting the church towers, the statues and fountains. The cityscape is a mixture of classic and modern in harmony.

What about the Little Mermaid? 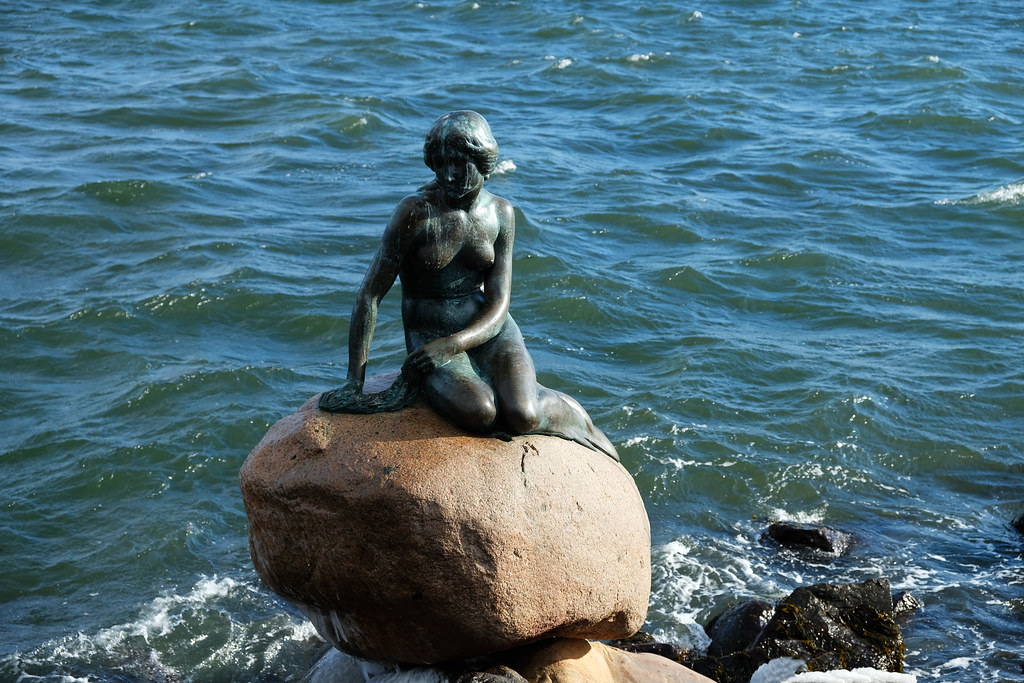 But that one thing we heard the most often about Copenhagen is how disappointing the statue of the famous Little Mermaid is. Still I knew I have to see it with my own eyes. I also knew it can’t be disappointing to me. One of the few presents I actually remember from my childhood is a miniature copy of this statue. My grandparents bought it in Copenhagen once and gave it to me, because Ariel, the Little Mermaid was my favorite Disney character as a little girl. I’ve already loved that statue even before I’ve seen it in real.

Then we found the real one. She is so small. So sad. So out of the vibrant, lively center of Copenhagen. So lonely. Huge waves are constantly hitting the rocks where she sits. I couldn’t help but love her. 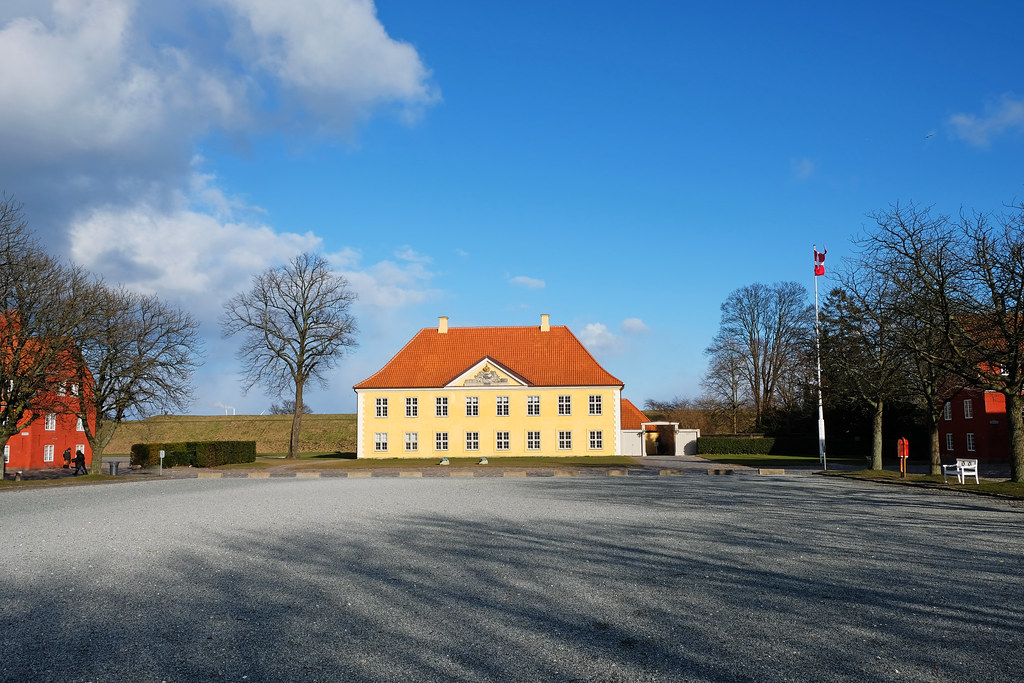 It might also helped that Copenhagen was not crowded with tourists at all in March. Smaller groups appeared by the statue from time to time, but it was not a busy place. And I was not looking at the large factories on the other side of the bay. I was looking at her as she is looking in the distance waiting for something… Her prince. Happiness. Answers. Meaning.

Have you been to Copenhagen? What are your favorite spots?