Budapest is a popular tourist destination. It has everything to be one: amazing architecture, rich cultural heritage, a lively vibe, good food (yeah, ruin pubs, too), and tons of cultural and art events. In our very biased opinion, it also has the most beautiful Parliament building in the world. 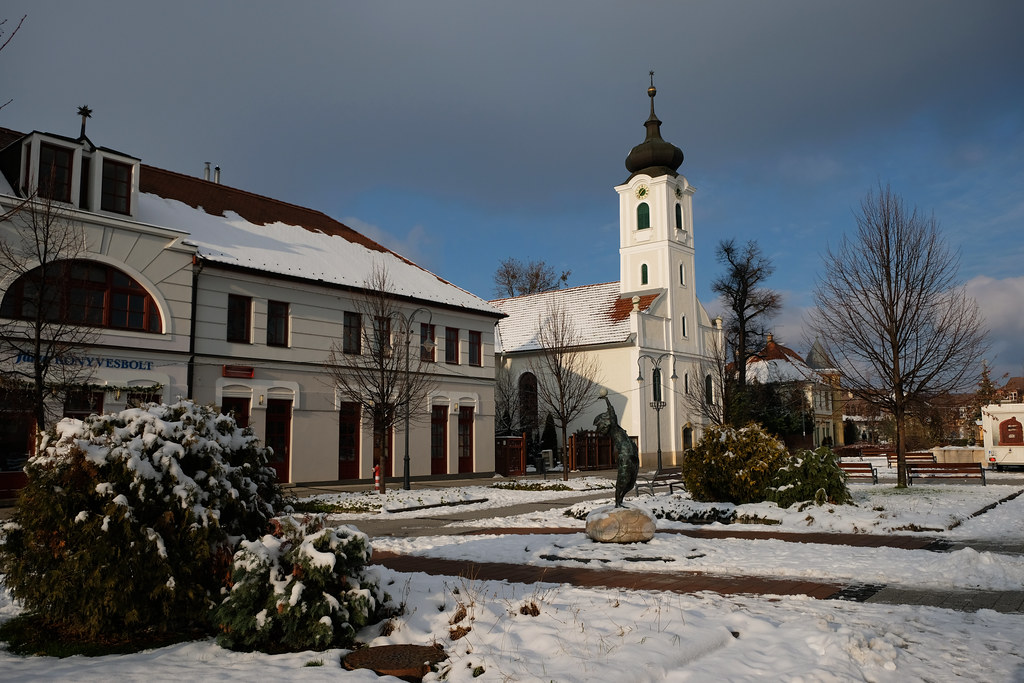 But as much as tourists know and love Budapest, majority of the foreign tourists usually don’t know much about other places worth visiting in Hungary. This is why we decided to write this mammoth post. Because some amazing places are actually within a short reach from Budapest. They are accessible easily either by public transport or by car, hence they are all perfect day trips if you visit Budapest. And we know this because they were perfect day trips for us. 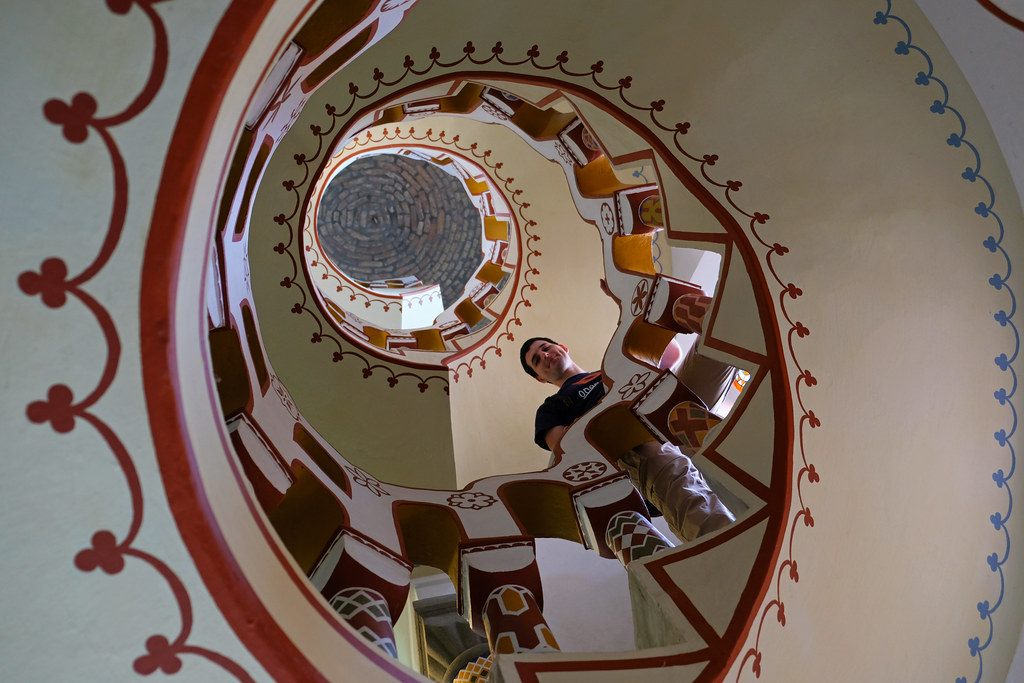 We’ve grown up in Hungary, and we’ve been living in Budapest for 4 years now. We visited all of these places (some of them several times), and we think they could add a lot to your visit since they show you such a different face of Hungary. We collected both cultural and natural beauties, and here they come:

Esztergom, the birthplace of the Hungarian state 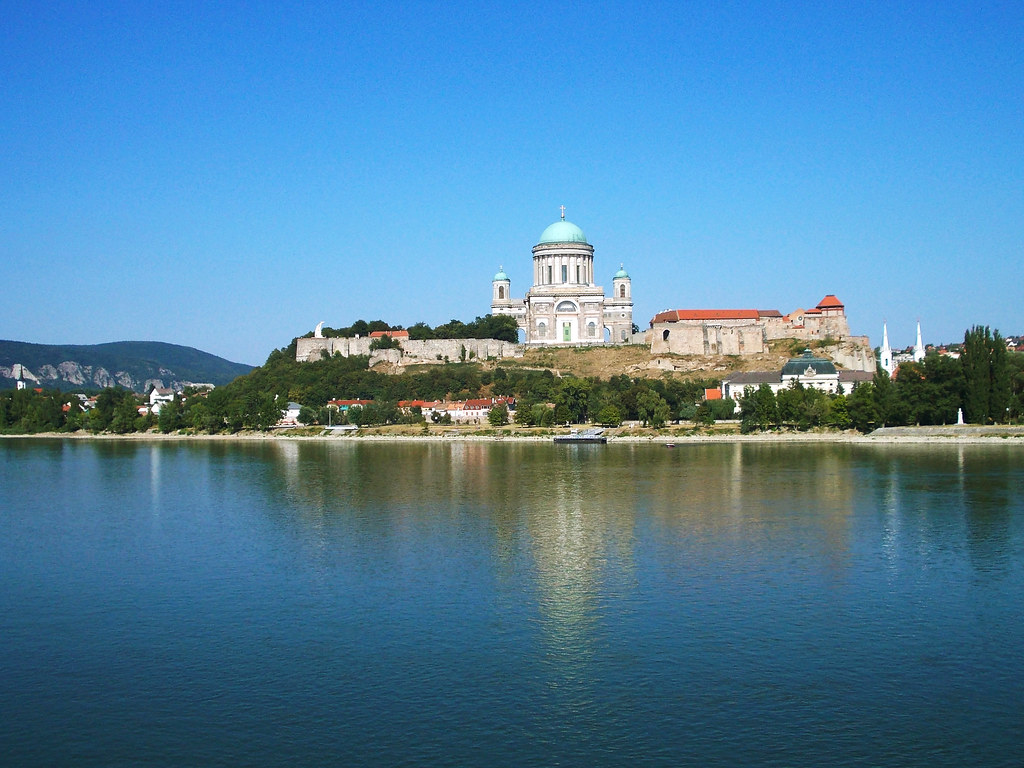 Esztergom is a lovely city with a significant cultural heritage and an eventful history. Hungary’s first king, Saint Stephen was born in the palace built on the Castle Hill in Esztergom. His coronation also took place in Esztergom on January 1, 1001 – this is the anniversary of the foundation of Hungary.

Esztergom has a pretty pastel colored old town built around the Castle Hill. The Basilica of Esztergom is the largest church in Hungary and the fifth biggest cathedral in Europe. It’s a masterpiece of Hungarian classicism. In addition, it offers a stunning panorama of Esztergom and River Danube as it stands on top of the Castle Hill. 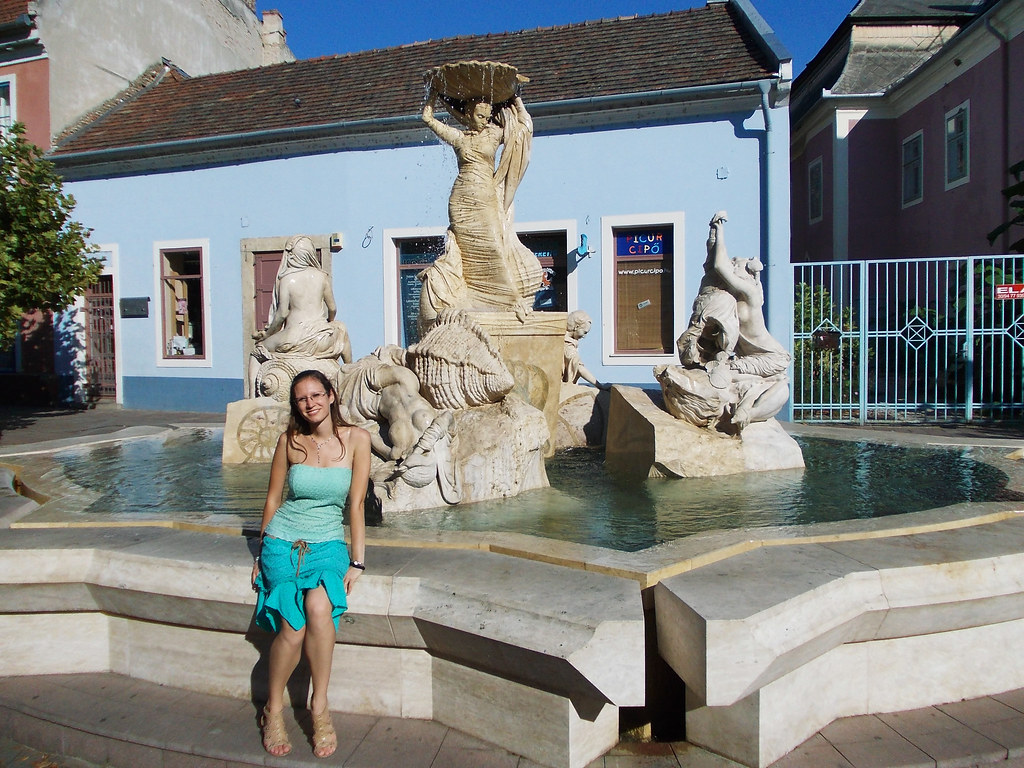 Another interesting piece of Esztergom is Maria Valeria Bridge that is half Hungarian, half Slovak. This bridge was destroyed in the Second World War and was reopened only in 2002. It connects Esztergom with the city of Štúrovo in Slovakia. Besides the opportunity to simply walk over to Slovakia, this bridge offers the best views of the Basilica reflecting in River Danube.

Visegrád, city of the medieval kings 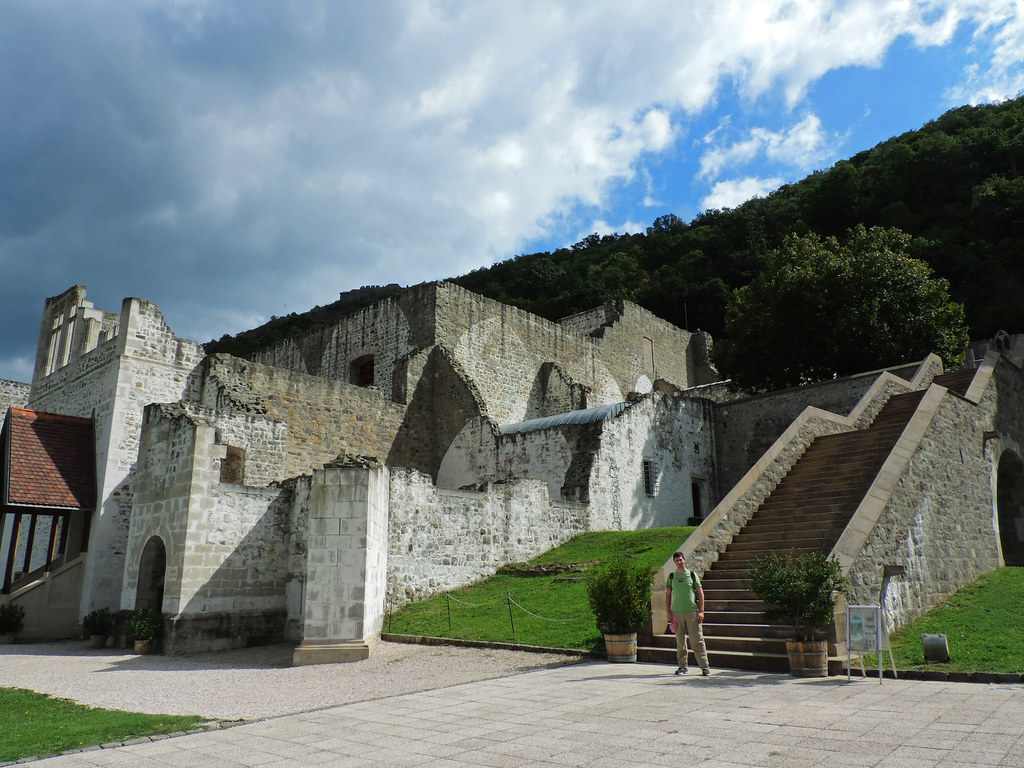 Visgrád is halfway from Budapest to Esztergom on the bank of River Danube. Actually, it’s located at the Danube Bend what happens to be the most beautiful section of the Danube in Hungary.

Visegrád’s most famous icon is the ruins of the Royal Palace of Visegrád. This palace was the seat of medieval Hungarian kings, and later it became a Renaissance centre of art recognized all around Europe. Today we can visit the exhibit about the palace’s history and the renovated ruins of the upper and lower palace buildings. We can also enjoy the wonderful views of the Danube from the upper palace. 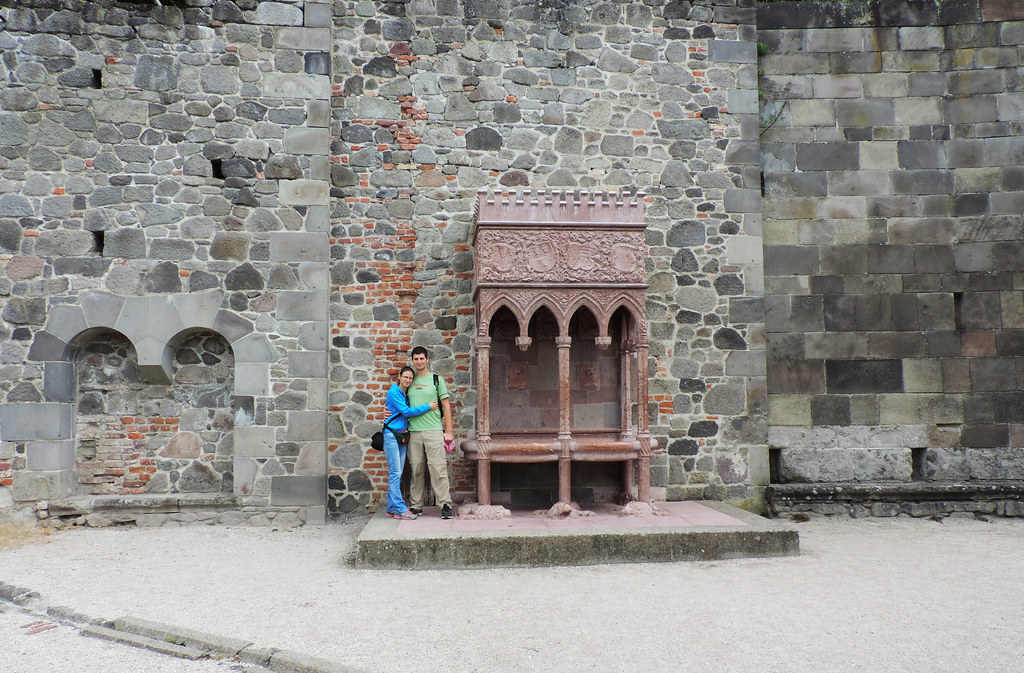 One of the largest medieval summer festivals in Europe takes place in Visegrád in July: the International Palace Games of Visegrád.

If climbing up to the ruins of Visegrád Palace is not enough, you can conquer Nagy-Villám (377 m), the highest peak of Visegrád Hills. It also offers great panorama of the Danube Bend. 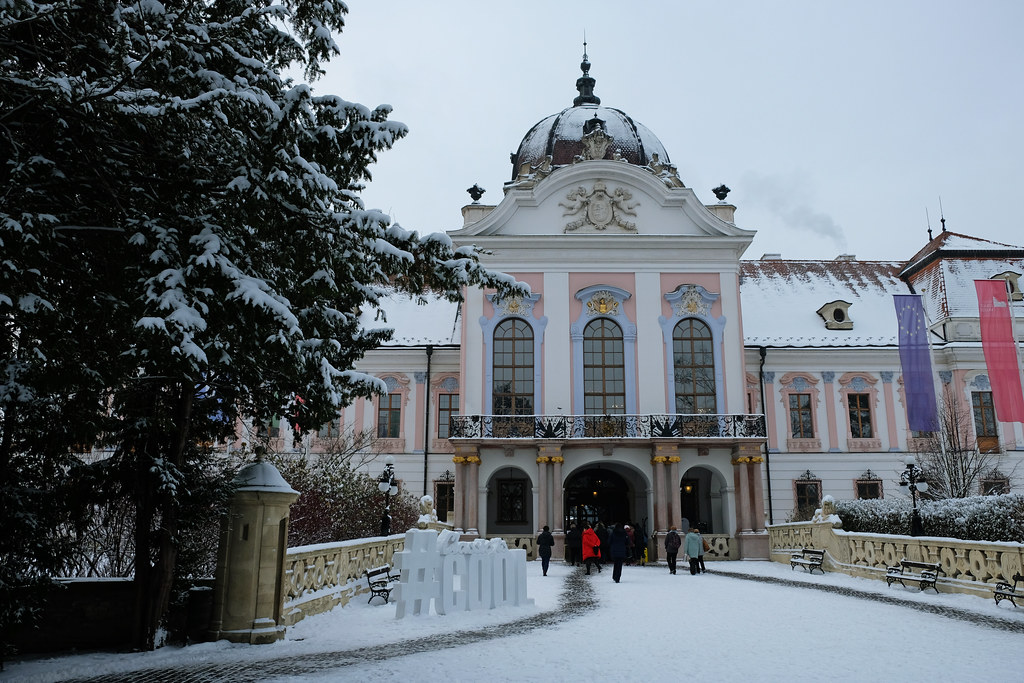 Gödöllő belongs to the Budapest metropolitan area, and it has an amazing Baroque palace! It’s one of the largest and nicest castles in Hungary today – also one of our favorites.

It was built by Count Antal Grassalkovich I in the 18th century. Later it was a coronation gift to Emperor Francis Joseph I and Queen Elizabeth (Sissi), so it became a royal palace. It was one of Sissi’s favorite residences, and the permanent exhibition about the royal suites presents the story of her life, too. 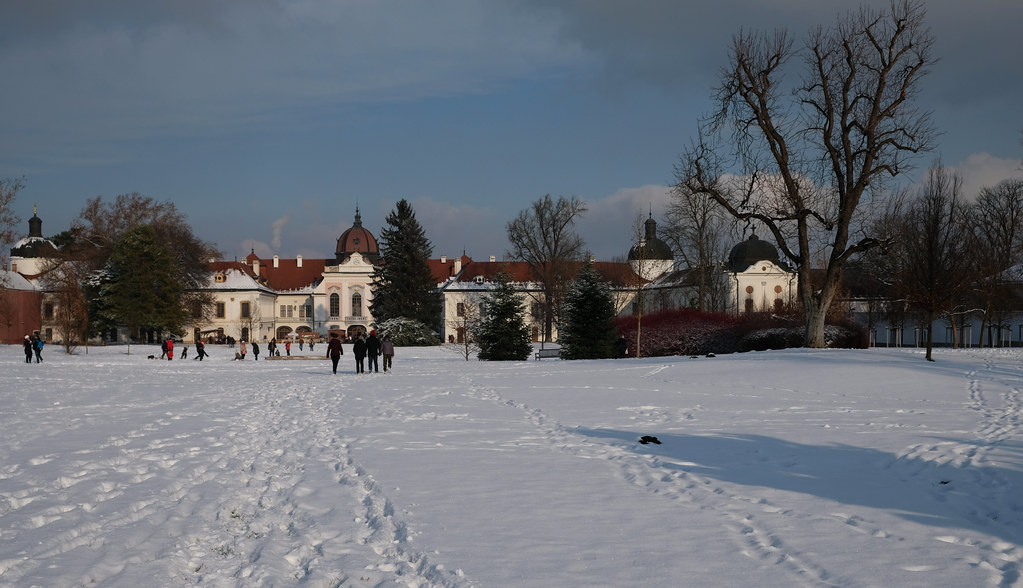 Permanent exhibitions feature furnished rooms both from the Grassalkovich era and from the time of Sissi. Temporary exhibitions are organized from different topics of the Hungarian history and everyday life. You can check the official website for more info, opening hours and prices. 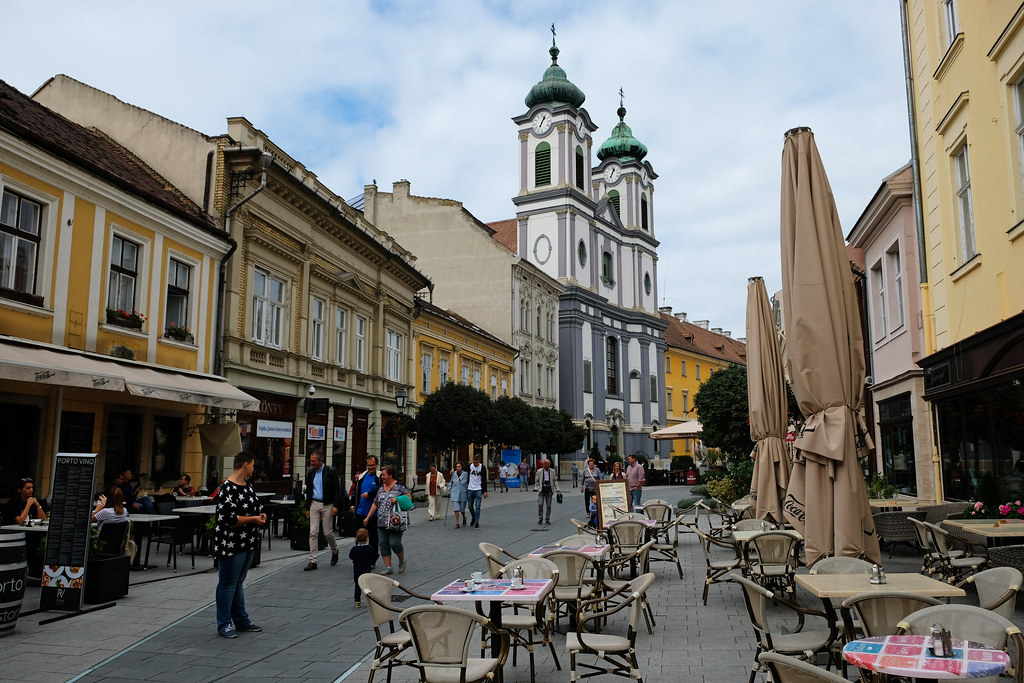 Székesfehérvár is one of the most ancient towns in Hungary. From the Ruins Garden of the Coronation Basilica to the old Clockworks with legendary kings and well-known figures of Hungarian history, this town is a pretty piece of history. The narrow streets of the old town also impress with large churches tucked between the Baroque and Rococo buildings. 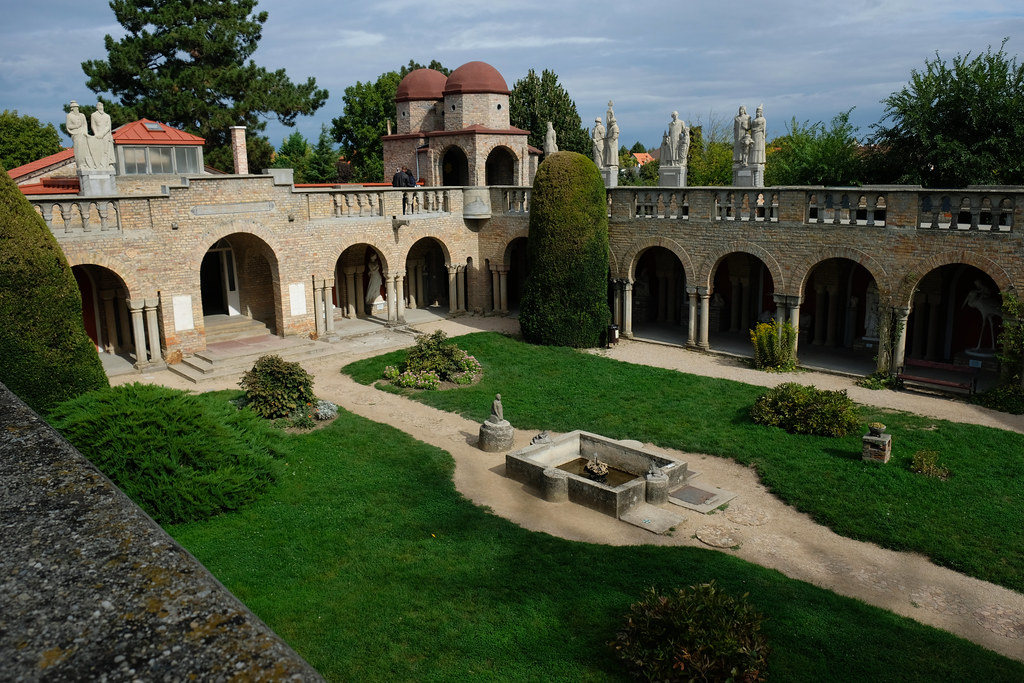 But our favorite sight was Bory Castle. It’s further from the center of Székesfehérvár, and it’s not a real castle. It’s a monument of art and love. Jenő Bory, an architect and artist built it in the 20th century – based on his own design and mostly with his own hands. It’s open for the public from March to November. 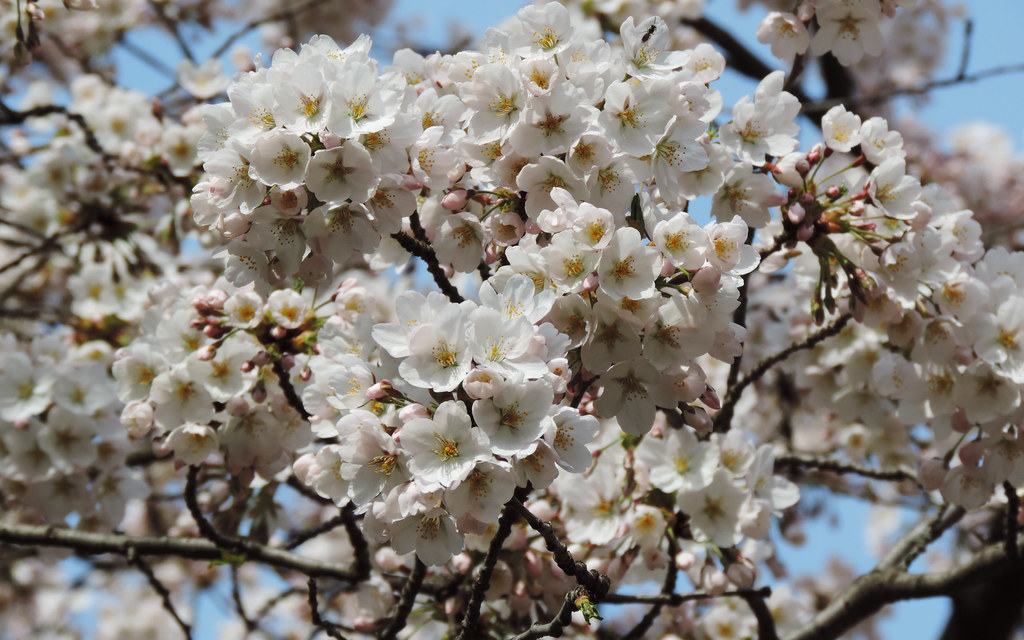 Finally, here’s a destination for the lovers of nature: Danube-Ipoly National Park. Pilis and Visegrád Mountains, Börzsöny Mountains, the valley of Ipoly river and Szentendre Island are all parts of this national park that is probably the most diverse in Hungary. And it offers the best panorama in the country: view of the Danube Bend.

Szentendre, the tiny and busy jewel

Tiny Szentendre is famous for its baroque architecture, churches, colorful houses and narrow, cobbled streets. The main square is called Fő Tér, and it’s surrounded by art galleries, museums and shops. This is the place to start your walk.

Szamos Marzipan Museum is both a museum and a shop where you can taste the best handmade marzipan in Hungary. (To be honest, Szamos has several shops and confectionaries in Budapest, too, in case you don’t get to Szentendre.) 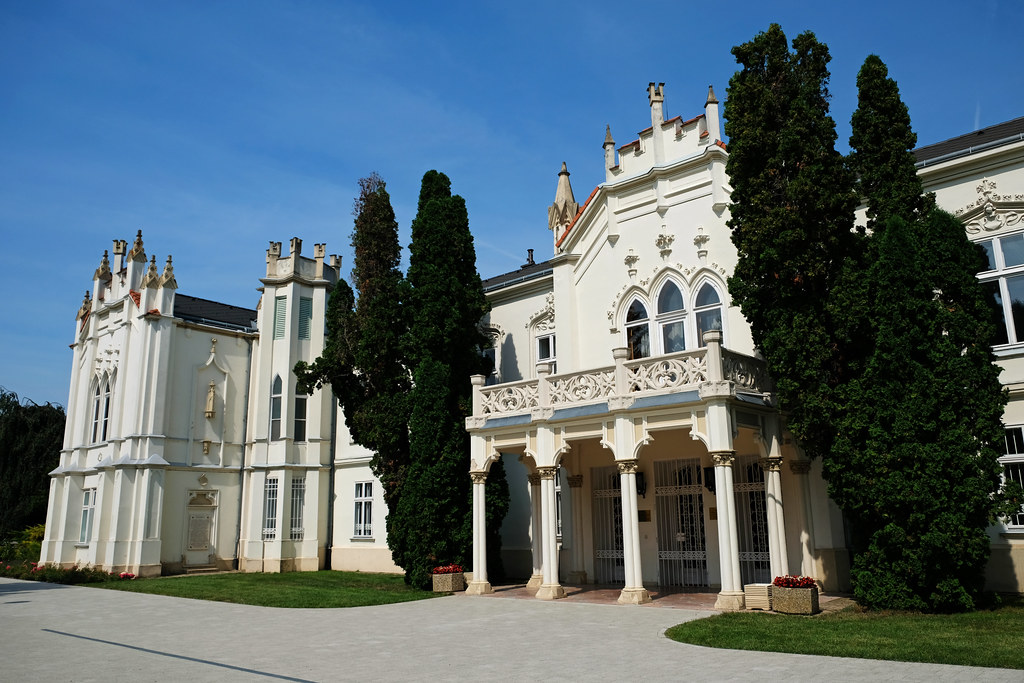 South of Budapest, in the tiny town of Martonvásár there’s a lovely Neo-Gothic castle: Brunszvik Castle. Though its interior is not preserved, because it operated as a hospital during the Second World War, its park is one of the most spectacular English parks in Hungary. With a small pond in the middle and large shady trees of several special species, it’s a nice place for a romantic walk or a family picnic.

The building itself is home to a Beethoven Memorial Museum today. Why Beethoven? He was a friend of the Bruszvik family, more precisely a friend of the young girls in the family, to whom he also gave piano lessons. To commemorate his visits to Brunszvik Castle, concerts are organized in the castle park every summer. 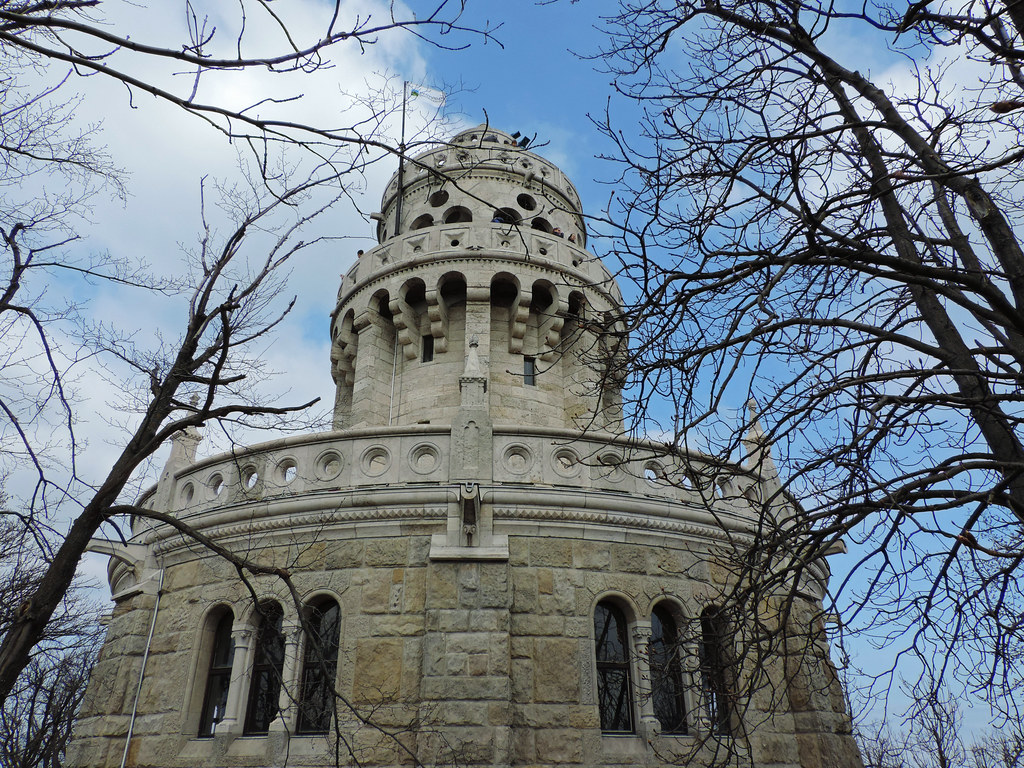 If you don’t really want to leave Budapest, but still looking for some peace and quiet (and nice city panoramas), then hiking in the Buda Hills is for you.

The prettiest path is probably the trail of the three lookouts: Erzsébet lookout, Kis-Hárs-hegy lookout, Nagy-Hárs-hegy lookout. It starts from Normafa, and it’s a light walk from there to Erzsébet lookout. If you have time and energy, you can continue to the other two lookouts, too. Each of them will offer a 360 degrees panorama over Budapest and its surroundings. This walk is especially nice in April (wildflowers!) and in October (autumn colors!). 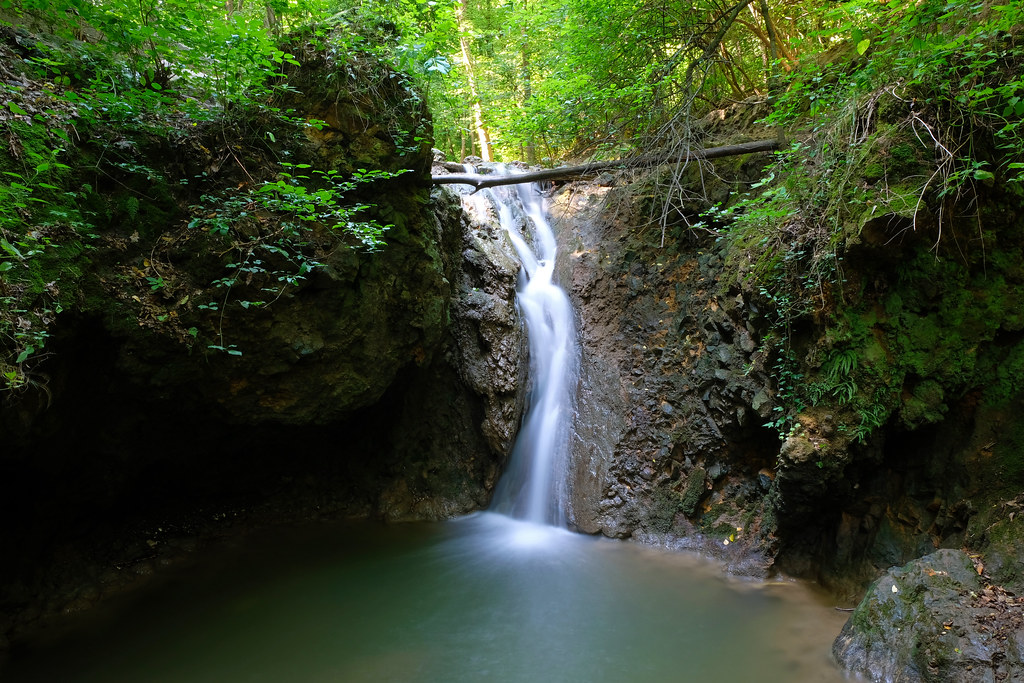 550 meters high Nagy-Szénás peak is a bit further, but it’s also an easy and scenic hike. Or you can walk to the largest waterfall of the Buda Hills in the valley called Alsó-Jegenye. (Well, Hungary doesn’t have high waterfalls, we warn you.) 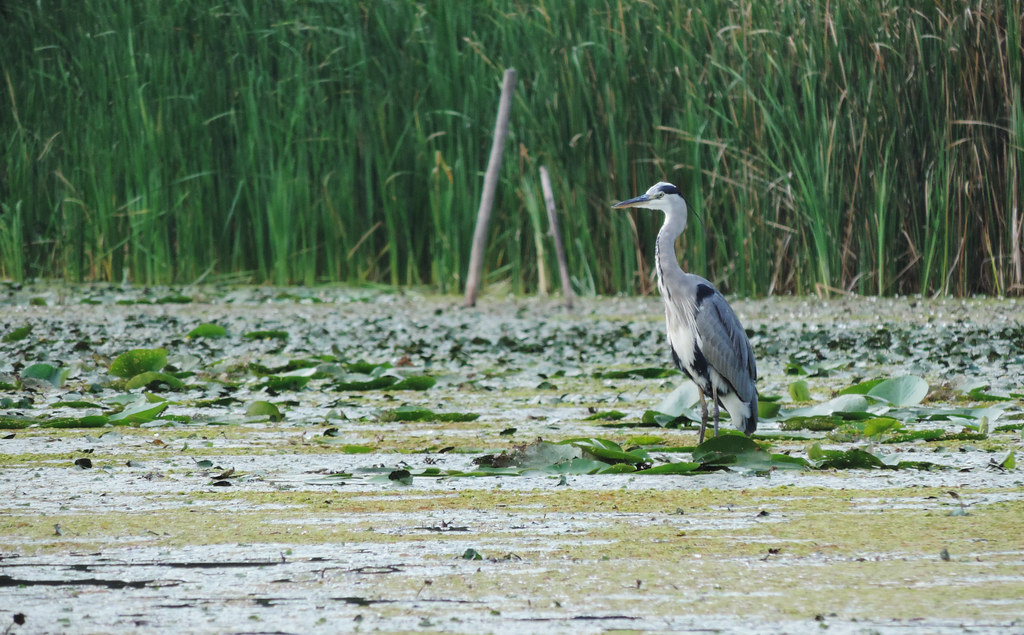 If you want to observe birds, you should try that from a canoe on Lake Tisza. Renting a canoe and exploring the lake on our own was our best bird-watching experience in Hungary so far. We’ve already written a detailed guide about Lake Tisza and Hortobágy National Park – read it here! 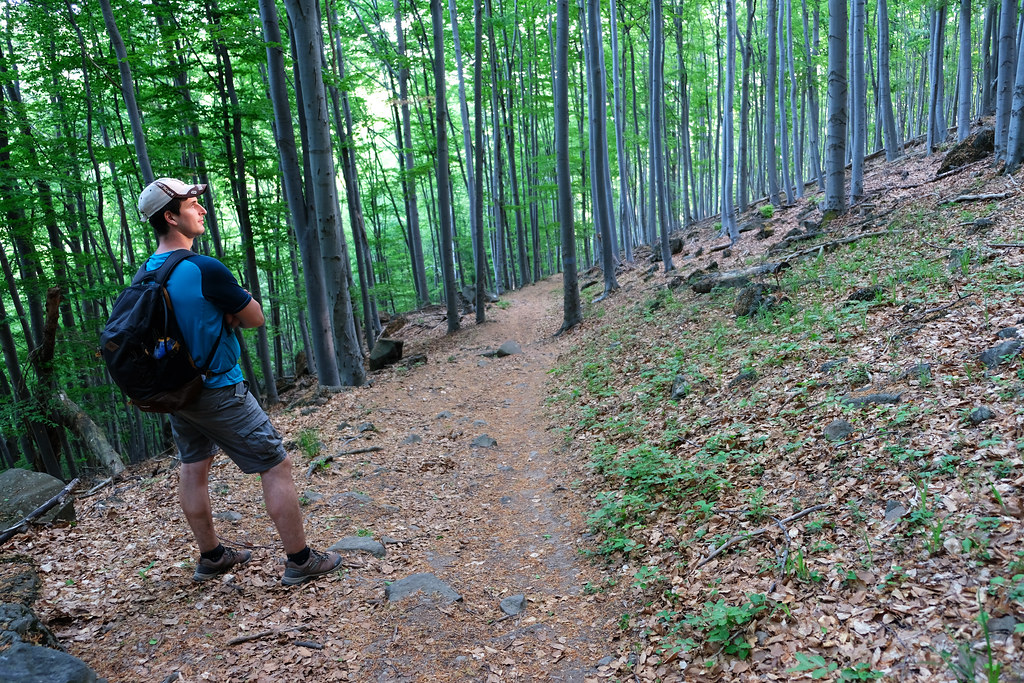 Local public transport in Budapest is good and frequent. Suburban trains (H lines) in the Budapest metropolitan area are also quite frequent. Public transport in general is quite good in the whole country, especially if you travel to/from Budapest. It’s the main traffic hub in Hungary, and most places have direct train/bus connection with it.

If there’s direct train connection, we recommend taking the train, because they are usually faster than the bus (they have less stops). But it doesn’t matter that much in case of shorter routes. Just make sure to check which train or bus station it leaves.

With that said, we collected some useful links so that you can check all the options and routes for yourself. Here they are:

Have you been to Budapest? Which day trip seems the most exciting to you?