Puffins are the cutest birds. Period. (Our blog, our opinion. Sorry. 😀 ) But these adorable birds prefer the least accessible places to nest and breed. It’s quite understandable from their point, but it makes hard for us to take a close look at them. They live on the islands of the Atlantic Ocean – the smaller the island is, the higher the chance is that they’ll like it. It’s rare to see them on the main island of Ireland, but large colonies breed on the smaller Irish islands. Like the Skellig Islands.

Yes, puffins in Ireland! After being so lucky to see them in Iceland, we were itching to have another chance to take a peek at them. Only most of the islands they like are uninhabited and strictly protected – rightly so. But it also means it’s not that easy to get close to them. We found that our best chance is probably taking a boat tour. 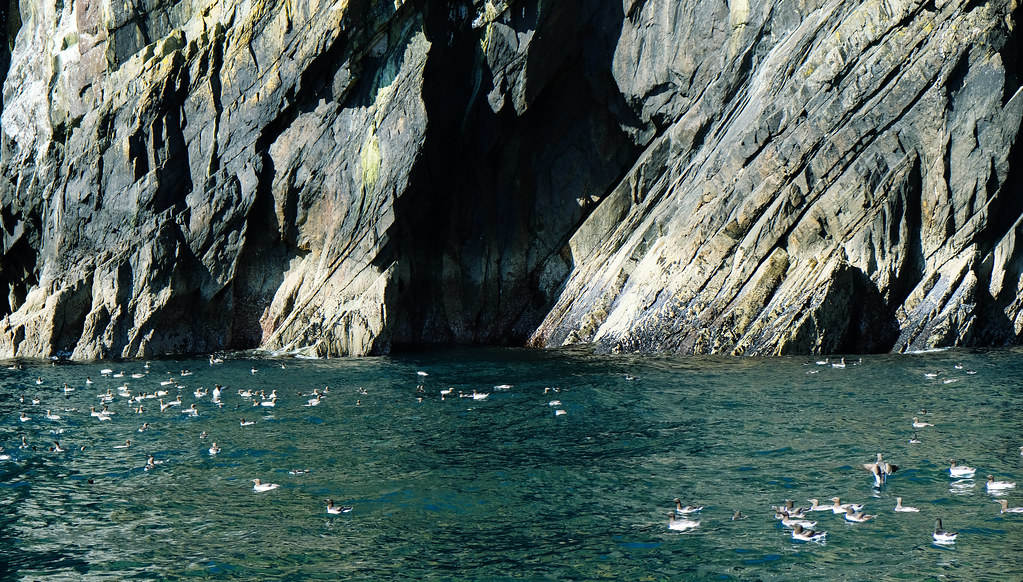 Our choice was a boat tour around the Skellig Islands. Skellig Michael (or the Great Skellig) and Little Skellig are two small, steep and rocky islands located about 13 kilometres from the Iveragh Peninsula in County Kerry. They are an important and protected bird area, and Skellig Michael is also a UNESCO World Heritage Site with its early Christian monastery. 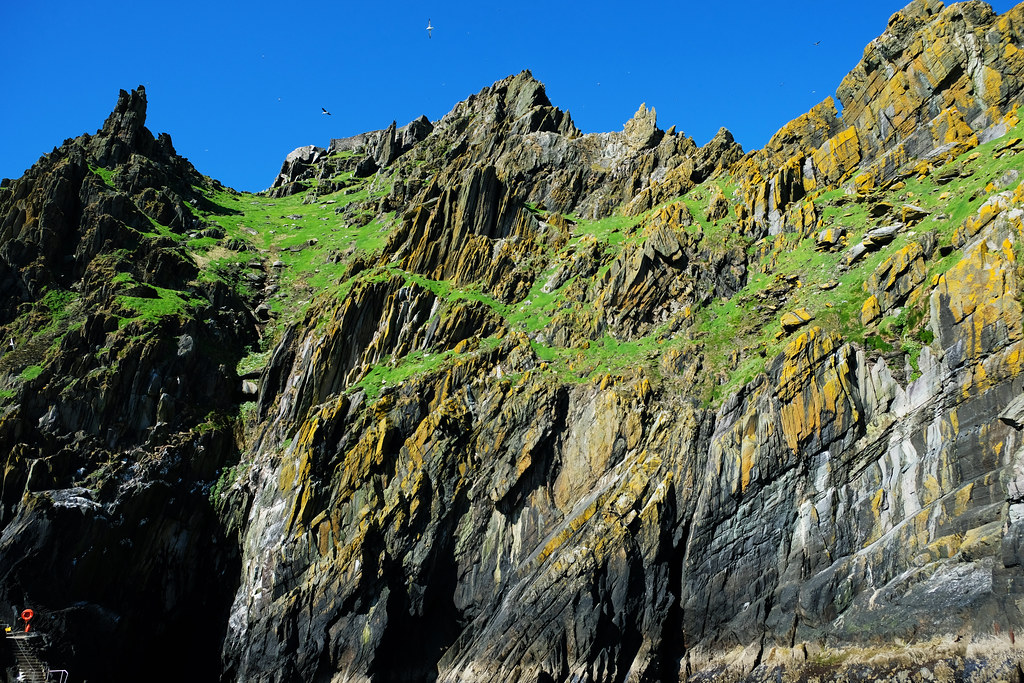 But Skellig Michael is famous for something else, too. It was a shooting location for the new Star Wars movies. Do you remember that stunning, dramatic island where Luke lived in the movie? That’s Skellig Michael. If there would be nothing else to like about those new Star Wars movies, I’d still like them because of their visuals, including the beautiful locations. But instead of cute porgs, you get cute puffins in reality. And we’re fine with that. 😀

How to get and what to see there? 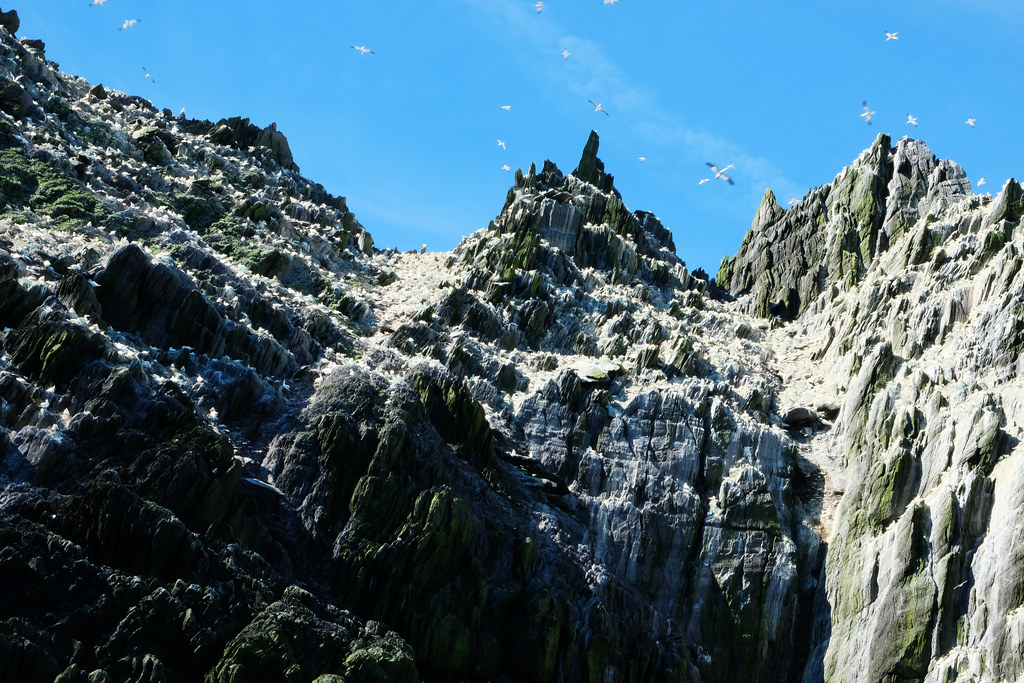 So Skellig Michael is home to the beehive huts of monks (yes, you’ve seen those huts in Star Wars), but also home to countless seabirds. Only a very limited number of people per day are allowed to set foot on Skellig Michael, and the twin island, Little Skellig is even smaller and totally inaccessible.

We planned to book a landing tour, one that lets you take a walk on Skellig Michael – given that weather conditions make it possible for the small boats to dock. We knew we had to book it well in advance, we even subscribed to get notified when the system opens for this season. What we didn’t expect is that so many people were subscribed and tried to book when it finally opened that the servers went down. Once they were up again, all the landing tours were booked. I guess, we can blame Star Wars for that.

Is a boat tour without landing worth it? 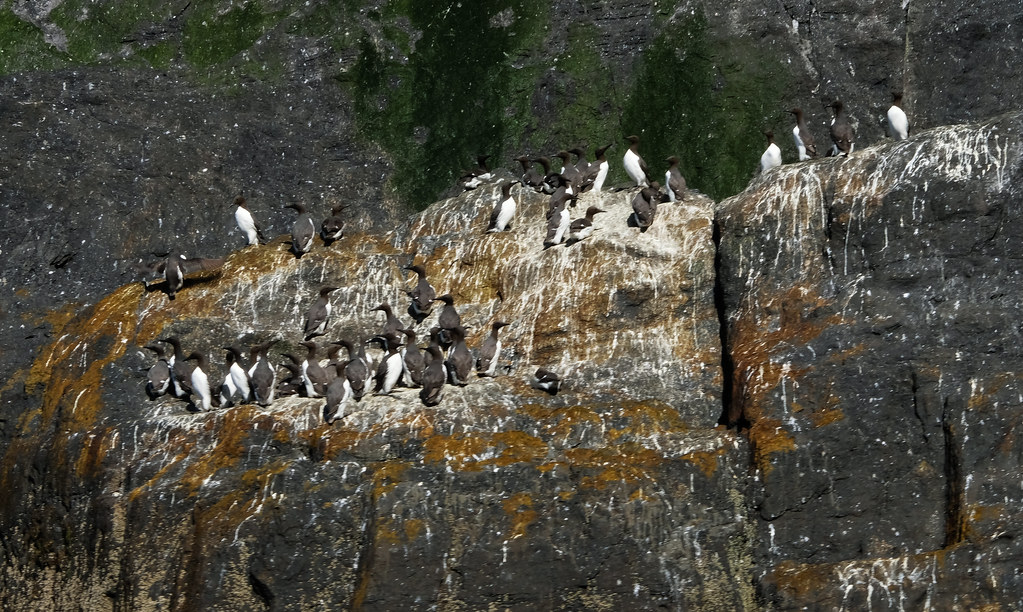 Anyway, our only remaining option to see the Skellig Islands was a boat tour that takes us around the islands without landing on Skellig Michael. We were first hesitant whether it’s worth it, because we were not sure how much we’d see from the boat.

It was worth it. It was the best bird watching experience we had in Ireland! Our boat got really close to both islands so that we could see the birds, seals, large cliffs and those beehive huts. Lots of gannets, fulmars, cormorants, Arctic terns, razorbills and, of course, puffins! The cliffs of Little Skellig looked entirely white because of all the birds (and bird poop). 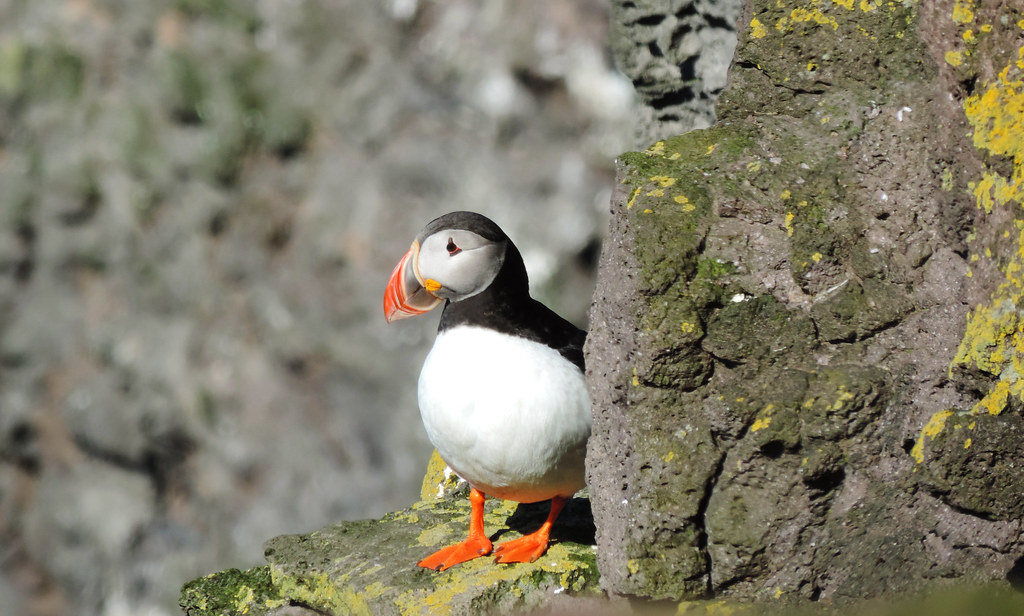 Side note: we used our binoculars to take a close look at puffins and other birds, so we don’t have any close picture of them. But still we can’t publish this post without a cute puffin shot, right? So here’s one that we took in Iceland.

Much more than just a famous shooting location

The Skellig Islands can easily amaze anyone, whether they care about Star Wars shooting locations or not. These islands are unique and fabulous. Star Wars movies just made them insanely popular, so you better book a tour in advance. And take a pair of binoculars with you to get the best out of the day!