Another year is coming to an end, and we continue our tradition: here comes the best travel moments of 2019.

Even though 2019 was a short travel year for us, because we didn’t do much travelling between August and December, we got to some fabulous places and fulfilled some dreams. Well, and the reason for not travelling much in the second half of the year is another fulfilled dream. Though this one is quite noisy and often not that easy to handle – yes, I’m talking about our dear little son, Tomi, who was born at the end of August. He was actually with us on all of our travels this year, even when he couldn’t see much. But we’re sure he felt all the endorphin rushes I had on these trips. 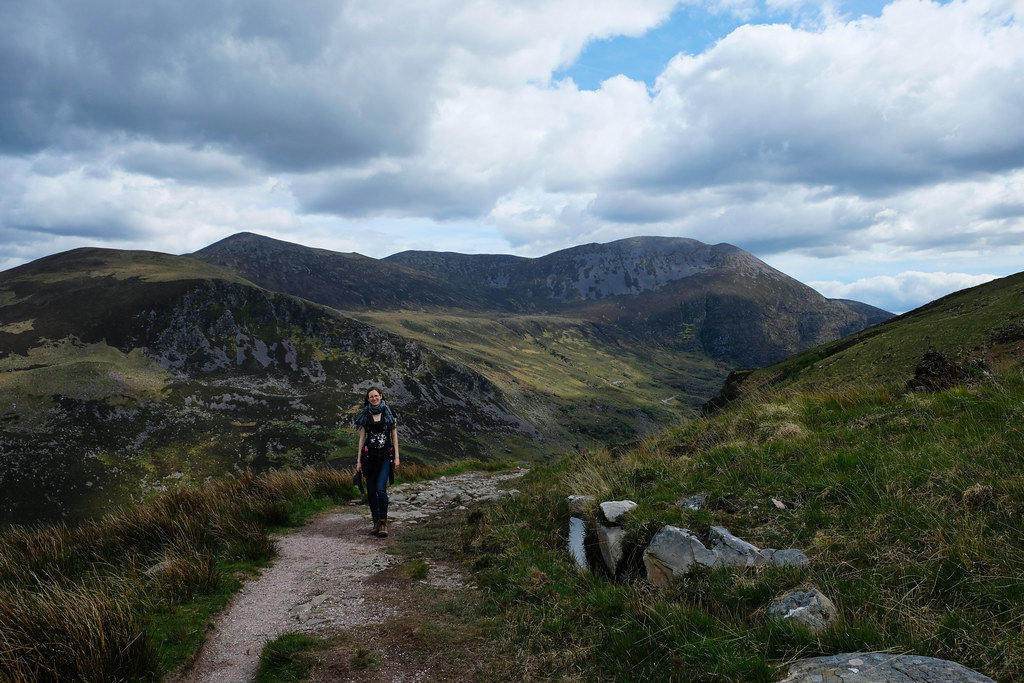 And the number? The number is 11 this year. We’ve been to 11 countries: Austria, Czechia, Germany, Hungary, Ireland, Italy, Romania, Slovakia, Slovenia, UK and Vatican City – however small this last one is, literally it’s a state. Though only two of these were completely new – Ireland and Vatican City -, we explored new regions in those countries where we returned, as well. And here comes our favorite travel moments and the places we loved the most this year – in no particular order. 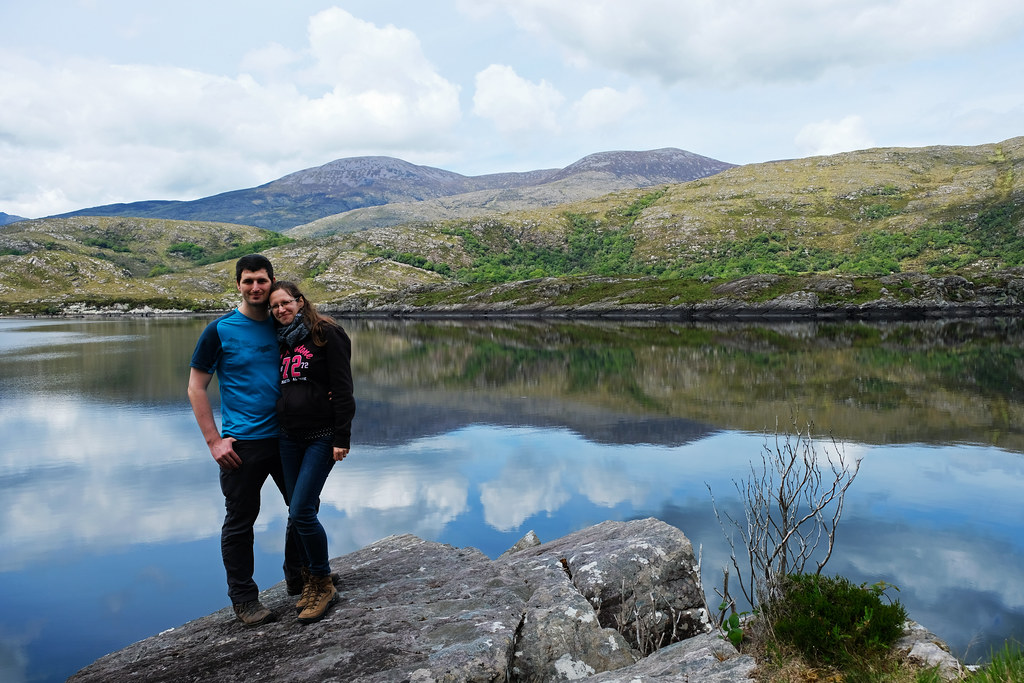 Ireland was the dream trip for this year. We’re attracted to the wild north and the tropics, and each year we choose to visit a country that falls into one of those categories. 2015 was Hawaii and Florida, 2017 was Iceland, 2018 was Australia, so 2019 was again from the wild north – Ireland. Okay, it might not be that north, but wild enough.

Our first visit to Rome 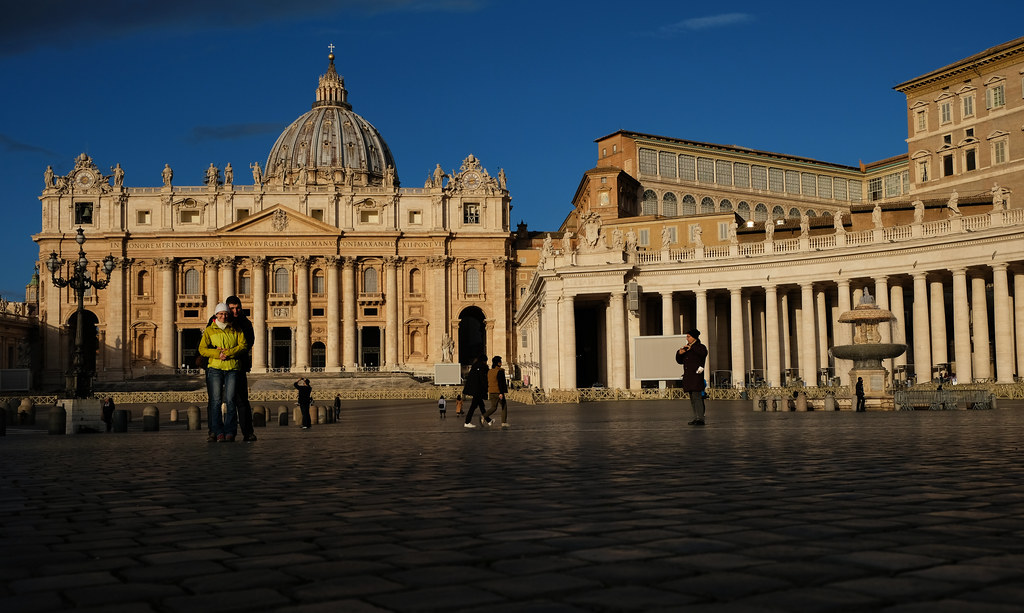 Odd or not, there are cities that everyone thinks need to be visited at least once in a lifetime, yet no matter how long you travelled you haven’t visited them. Rome was that city for us. But since it’s a city everyone has to visit once, we were not in a hurry. We knew the time will come. So it did. With great discount on flight deals in February.

And Rome impressed. The history. The ancient ruins. The countless giant churches. Trevi Fountain. The Spanish Steps. Majestic St Peter’s Basilica. Colorful Sistine Chapel. Scenes that are known from movies, poems and novels. Scenes that were so familiar even though we’ve been there for the first time. Still, as it often happens with places that are too famous, we felt that Rome is just like we expected it to be. It’s magnificent. Its cultural heritage and monuments are captivating. And its streets are busy, dirty and noisy.

Read more: How To Skip The Lines In Rome & Vatican City 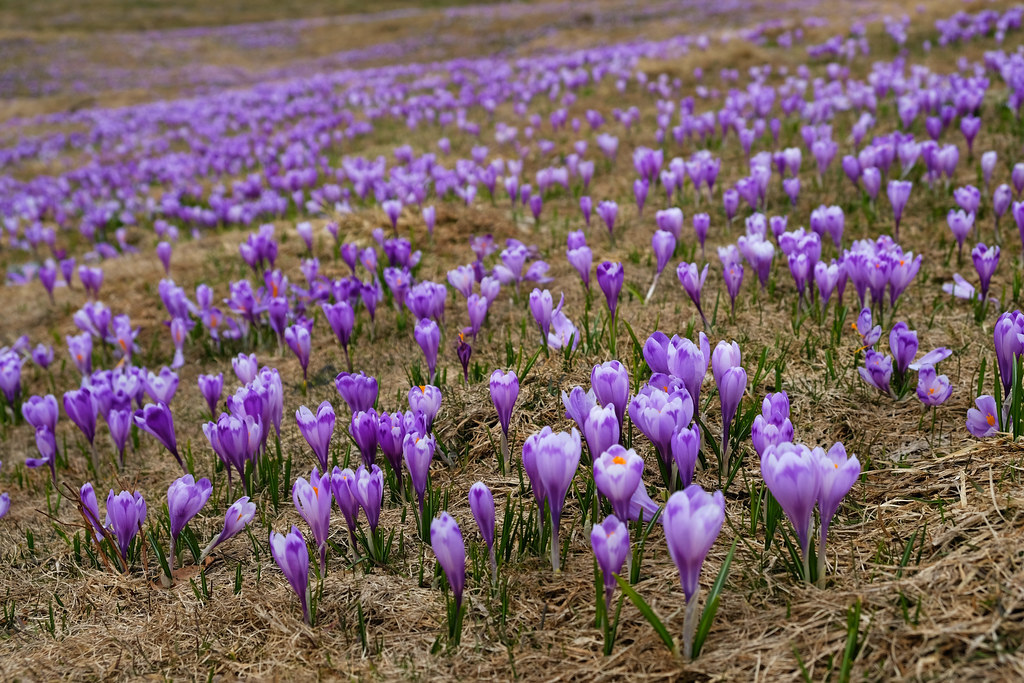 Our hiking getaway to the Apuseni Mountains was a very different experience. It’s not such a well-known place. And it was definitely not busy. It was just nature and us – and a couple of fellow hikers, but no too many. It was April. Not even hiking season yet. But it was the season for the crocuses to bloom. Millions of them covered the fields, and we’ve seen the most beautiful wildflower bloom in our lives so far.

Finding our favorite town and castle in Czechia 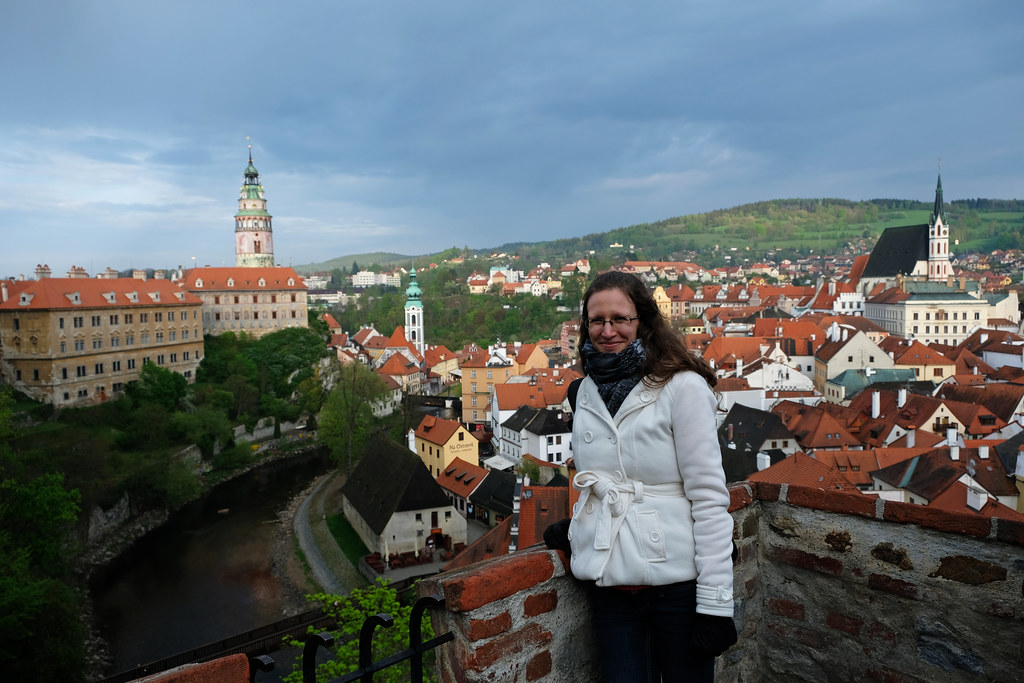 After our road trip in Moravia two years ago, this year we visited another region in Czechia: South Bohemia. And there we found one of the most fabulous European old towns, one that we liked even more than famous Prague: Český Krumlov. Not far from there we also found the best Czech fairy tale castle: Hluboká nad Vltavou. In addition, we ate lots of chocolate filled chimney cakes. It’s worth returning to Czechia, that’s our verdict. 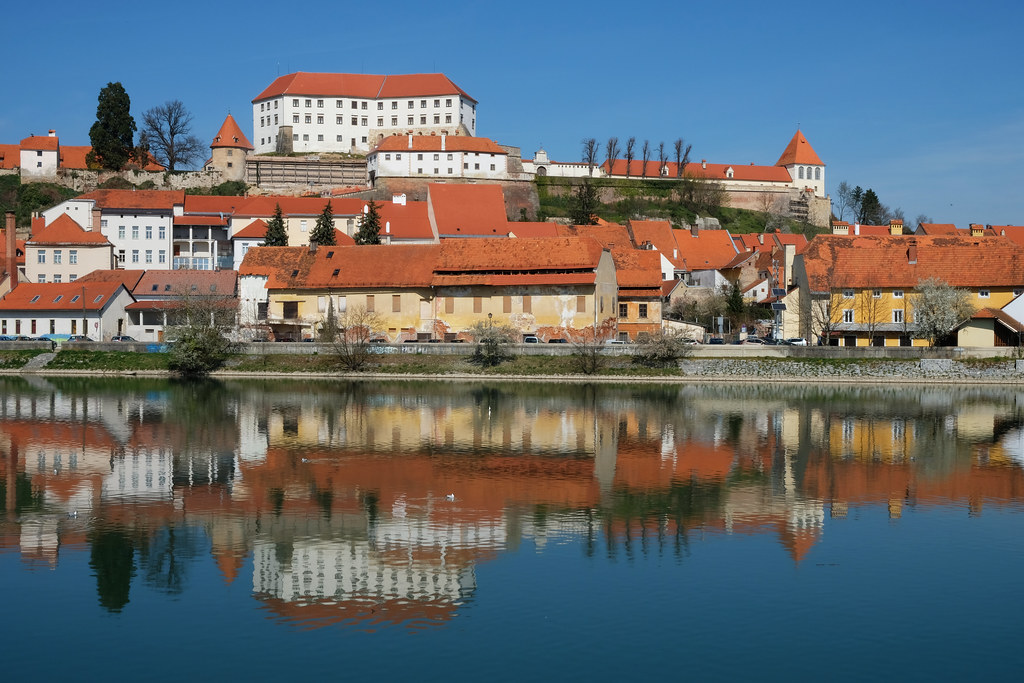 Then it’s worth returning to Slovenia, too, but we knew that since ages. 😀 Slovenia became one of our favorite countries in the world when we first visited it, and we are always so happy to return. Even if it’s only for a weekend like this spring.

And this time we visited Maribor and its surroundings. They are not that well-known, even though the area is home to several cultural treasures. Like Ptuj, the oldest town or Celje, the largest medieval fortress in Slovenia. Maribor itself is an adorable and liveable city. Of course, we found a nice place to hike, too: Pohorje Mountains that were covered with wildflowers in spring. 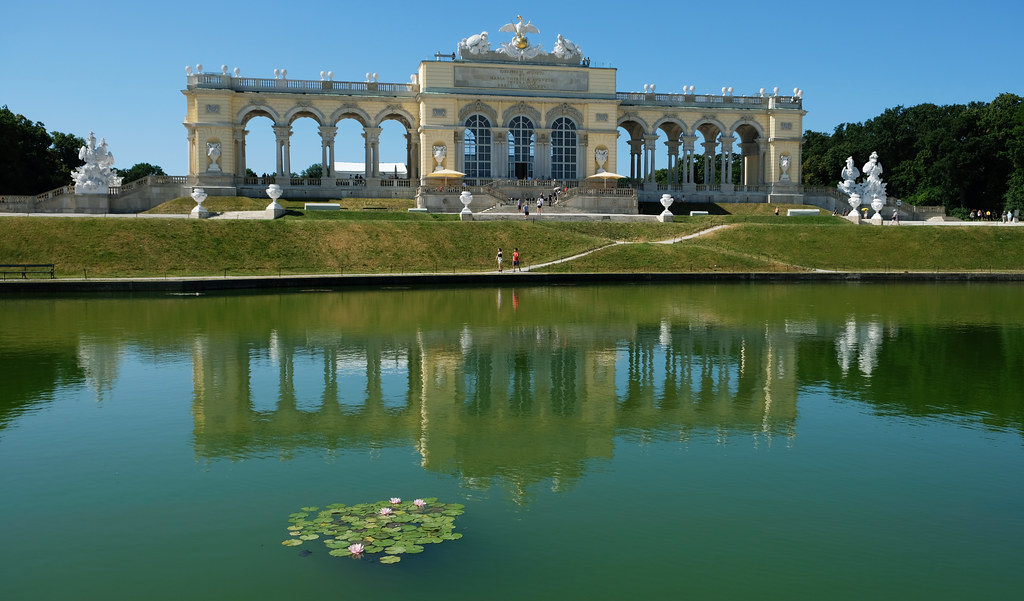 Vienna is our traditional romantic getaway since Csaba proposed there 8 years ago. We visited it this summer, too, it was one of our last trips as I was getting to the end of my pregnancy. We also did a lovely day trip to Melk and its glamorous Baroque abbey from there. (And later in the summer I wrote a long, detailed post about all the day trips from Vienna that we explored in the past years.) And next time? Will it be one of our first weekend trips with our baby? Maybe.

Autumn hikes with our newborn son near Budapest 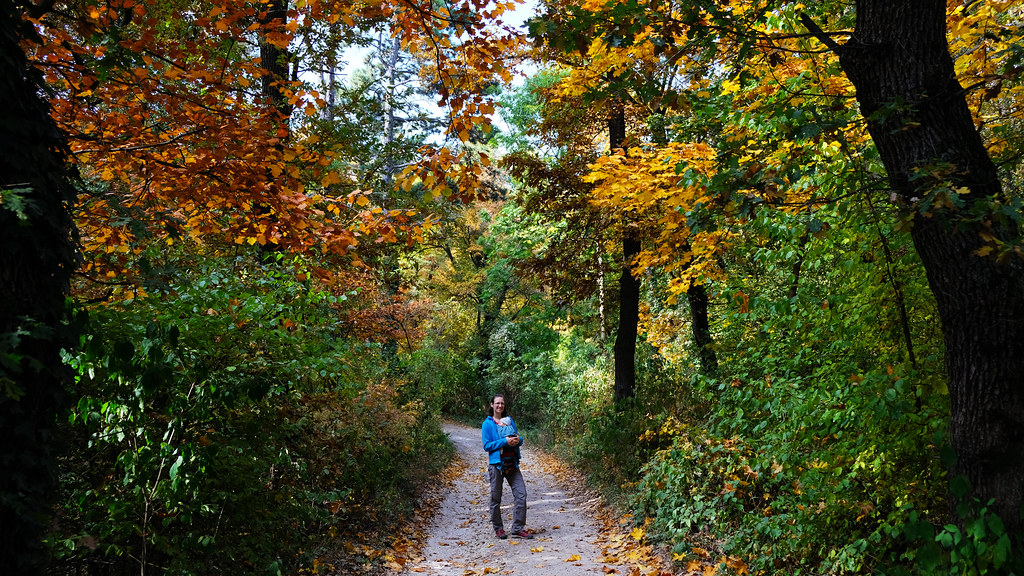 Buda Hills, Pilis and Börzsöny Mountains are our beloved getaways for autumn hikes near Budapest. This year they were not only special because of the spectacular red, orange, yellow and brown colors, but also because they were the scene of our first hiking trips with our little Tomi. Luckily, this October was nice and sunny so we could take great joy in doing those hikes each and every weekend (that Tomi soundly slept through, by the way).

We had far less hiking trips this year than usual. More precisely, I’d call many of our hikes rather just walks, especially the ones we did in my third trimester. It was natural, and most probably we won’t do very long or strenuous hikes too soon with Tomi either. But we already started hiking with him and can’t wait for spring to enjoy the outdoors again. 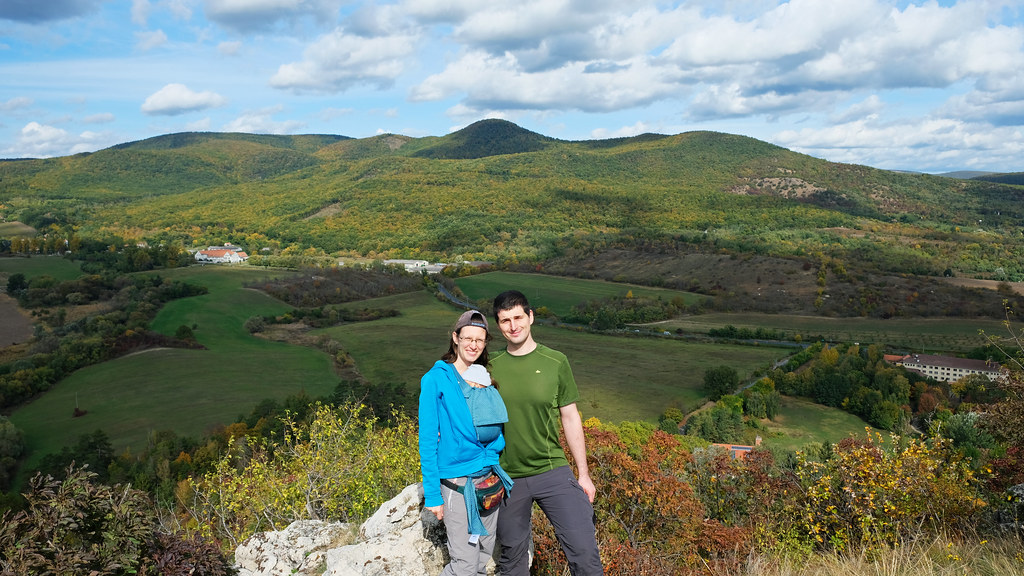 Then visiting the Canary Islands was our plan for this autumn initially. Well… before we got news of Tomi. 🙂 And we don’t mind at all that things turned out differently, and he arrived at the end of August, keeping us busy all autumn instead. But we know the first dream destination that the three of us will visit next year: the Canary Islands.

We have plans about exploring more of Croatia and the Balkans, too, but we won’t tell more about them… because we don’t know the details yet. Which country in the Balkans would you recommend visiting?

How was your 2019? Share your best moments and favorite new destinations with us!