Iceland is one of those countries that can be best explored by car. Why? Partly because it has remote parts that can’t be accessed otherwise. Also, because you want to see its wonderful natural treasures at your own pace. Well, and we love road trips, anyway. After driving all around the island of fire and ice, we’d like to show you what we think the best scenic drives in Iceland are.

We like taking our time while driving in a new country. We like taking lonely roads that few people takes. We like the flexibility of stopping whenever we want. Like every 5 minutes on some sections of our drive in Iceland. So let’s see them.

Looking for car rental deals in Iceland? Check them out here! 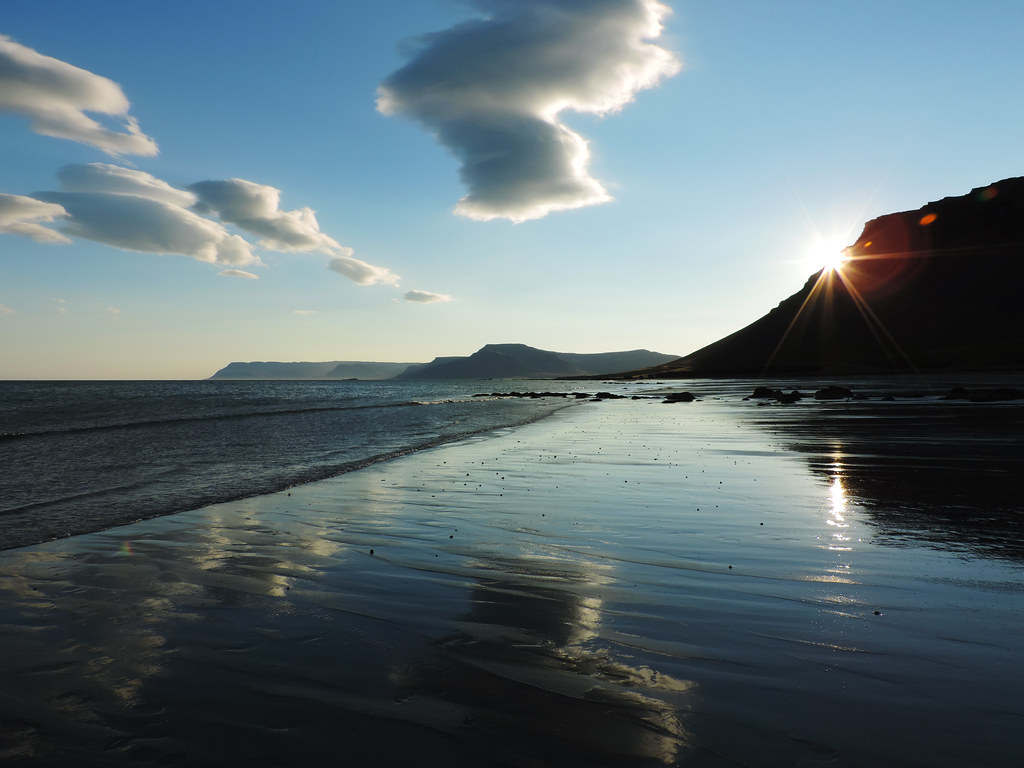 Ring Road, the famous one

The Ring Road (Route 1) is the main road that runs around the island and connects most of the inhabited parts of Iceland. It’s 1332 kilometres long. Quite some iconic attractions of Iceland is located right by the Ring Road – like Seljalandsfoss, Skógafoss, Black Sand Beach, Jökulsárlón Glacier Lagoon or Goðafoss. It’s famous and for a good reason.

Even though it’s the main road around the island, don’t expect a usual highway. It has two lanes for the most part – one lane in each direction, I mean. Many smaller bridges are single lane though. Some sections of it, especially in Eastern Iceland, are not even paved. You should pay attention to sheep. Because sheep is everywhere in Iceland, and they also like having their afternoon nap in the middle of the road. 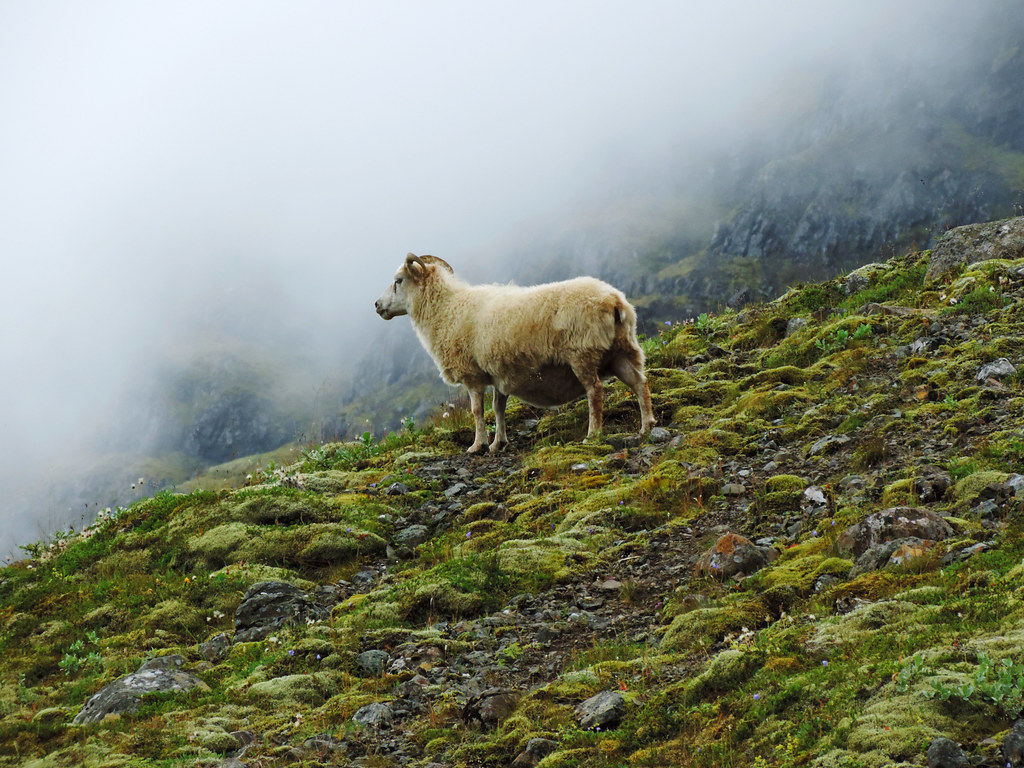 All in all, the Ring Road is a good quality road, and it’s fine to drive with a normal car. Most part of it is open even in winter – it really depends on weather conditions though. But first and foremost, the main reason to drive it: the scenery is breathtaking all the way!

With that said, we think you need at least two weeks to drive it all the way. One week might just be enough, but you’ll most probably be in a constant hurry – and it will break your heart not to stop and spend time at very random and fabulous places. If you only have one week in Iceland, we recommend exploring the Southern region. 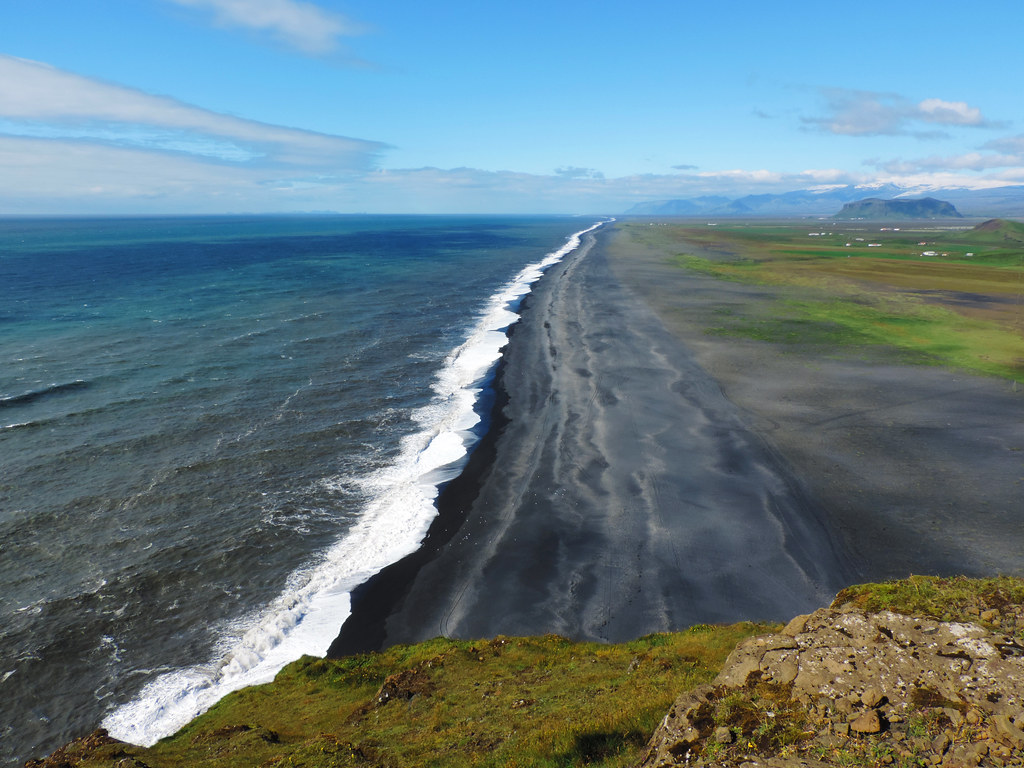 Last but no least: however amazing the Ring Road is, it’s worth getting off it from time to time to explore lesser known roads. They offer insight into a truly wild Iceland with unexpected beauties after each new curve. Of course, we have some ideas which lesser known roads to take, that’s what the rest of this post is about. 🙂 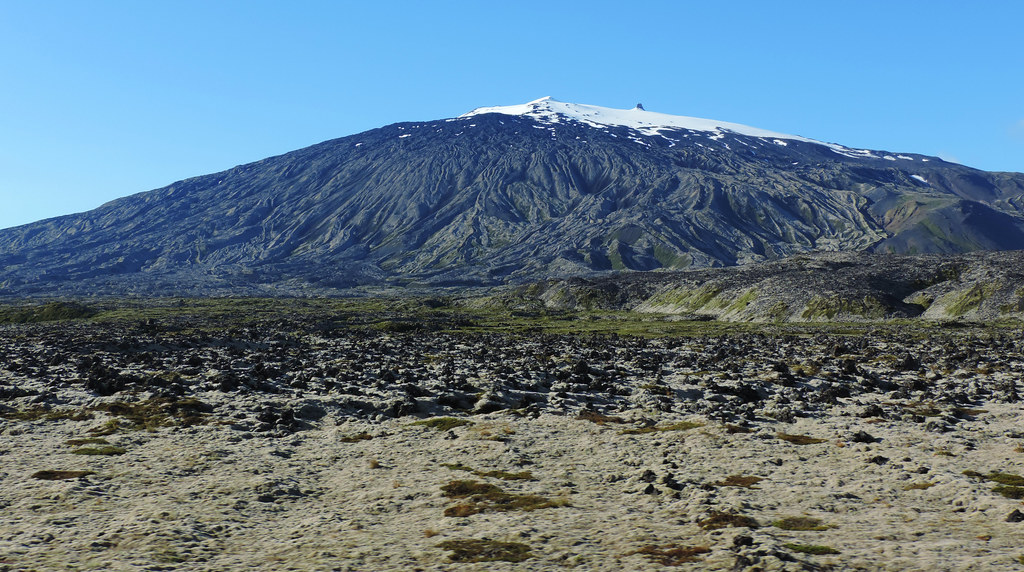 Our first detour from the Ring Road was Road 54 around Snæfellsnes Peninsula. They say it’s a miniature Iceland itself – with lava fields, ocean views, beaches, a snow-capped volcano, basalt formations, magical waterfalls. We got especially amazed by Snæfellsjökull Glacier sitting at the top of a 700,000-year-old stratovolcano. Spectacular lava fields surround it. And it’s home to Snæfellsjökull National Park, the oldest one in Iceland. 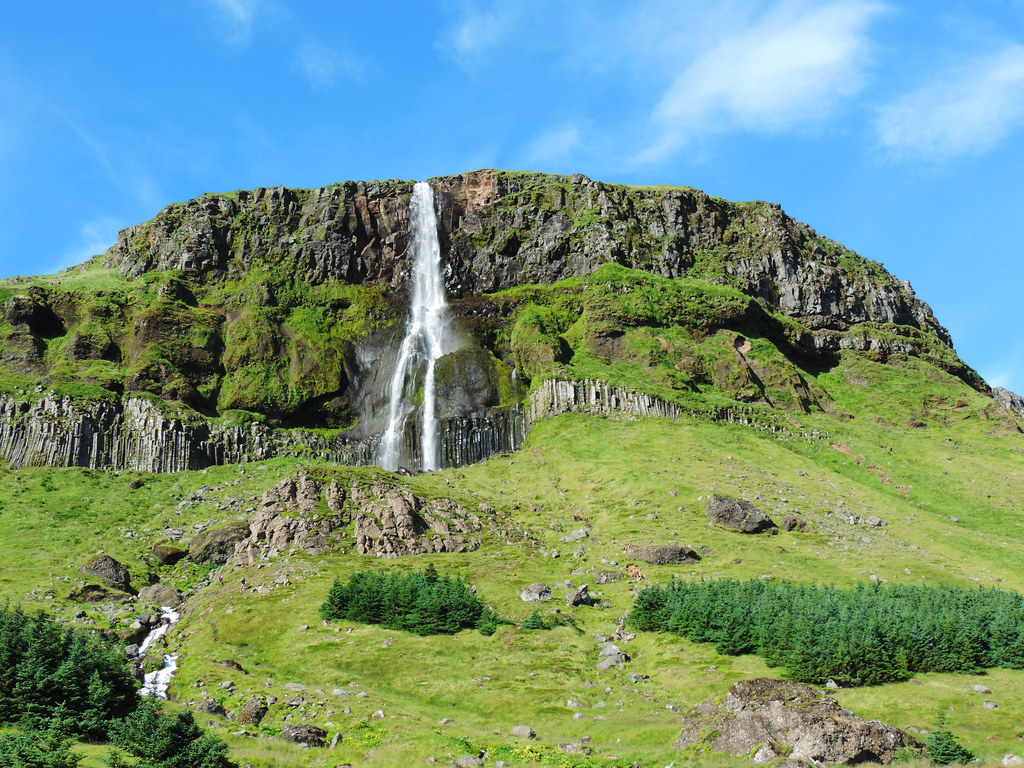 Bjarnarfoss was one of the pretty waterfalls with basalt columns behind it. Mount Kirkjufell is an iconic site. We even put our feet into the ocean at the beaches of Langaholt. They are not the typical Icelandic black sand beaches, they have soft golden sand.

Now, these were just a few highlights of our drive around Snæfellsnes Peninsula, we’ve already written a detailed guide to it earlier – click here to read it!

Alltogether, you need 1-2 days to do this drive comfortably, the main road around the peninsula is paved, and it’s not far from Reykjavík. The conclusion? You can easily include it in your trip – you won’t regret it.

Lonely drive along the Westfjords of Iceland 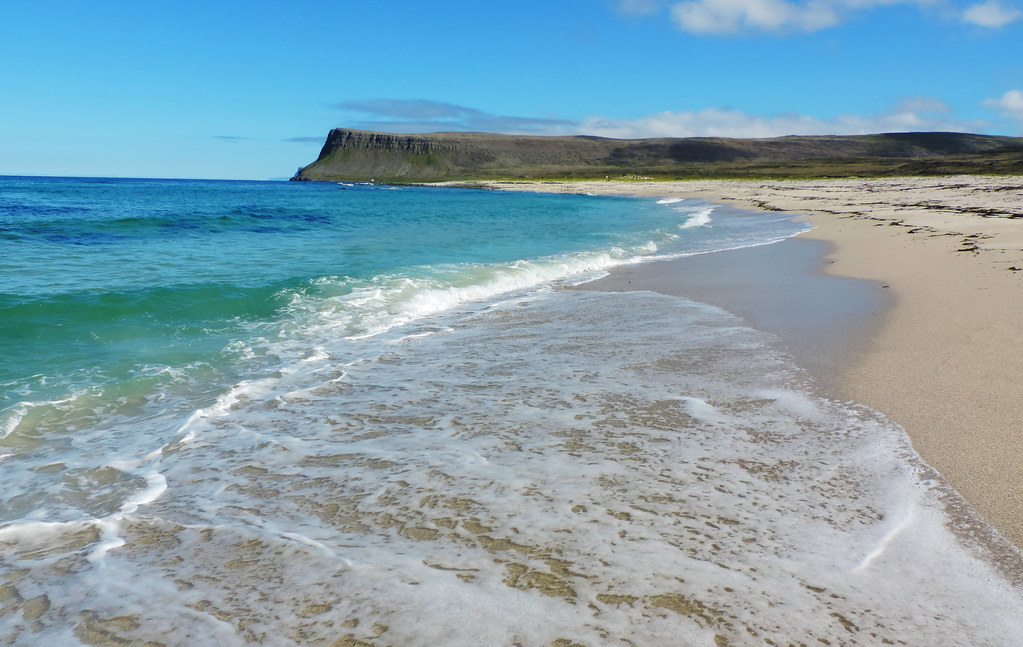 From Kirkjufell we continued on Road 54 along the ocean coast. We left Snæfellsnes Peninsula behind, and reached the first fjord. (Yes, Iceland has fjords! Lots of them!) We also reached the end of the paved road. The winding road along the countless fjords in this region is mostly gravel, so it’s a slow drive. We needed the time to take in the views though. And to stop at every waterfall – there were quite some! 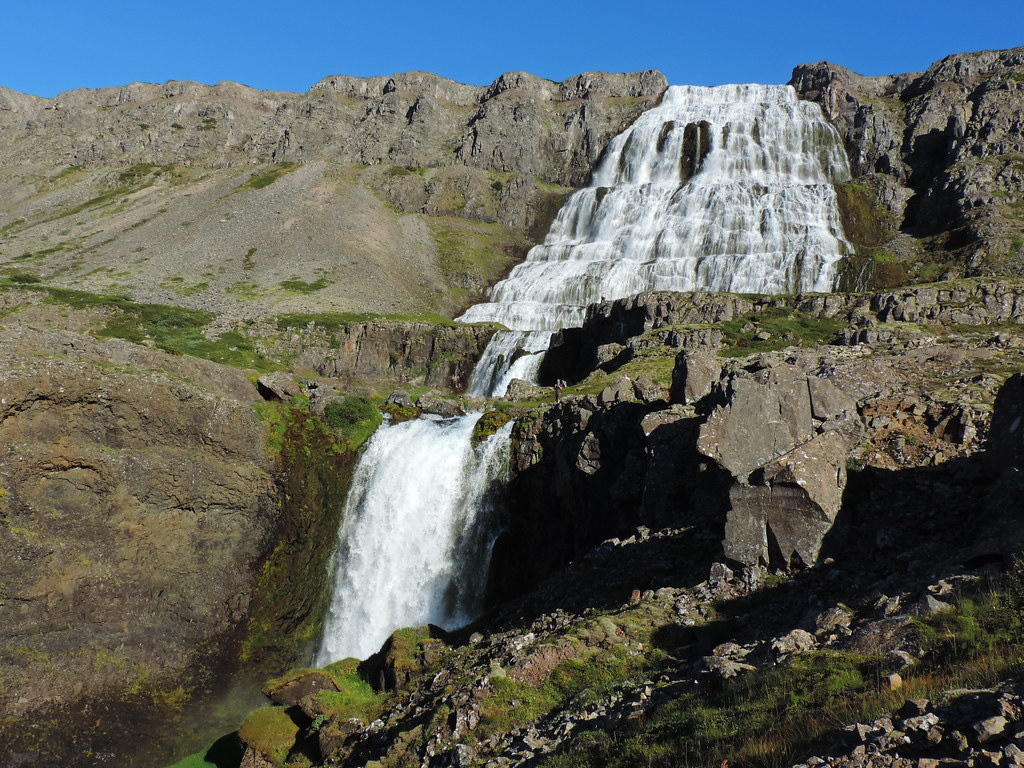 We barely met anyone, tourist or local. It’s a sparsely populated region. It’s not the typical place that most tourists include in their itinerary. You need time for this drive, at least 2-3 days. It’s a breathtaking region though. Read our detailed guide to driving the Westfjords here!

We rented a 4WD car to explore part of the Highlands, too. Because the Icelandic Highlands are the wildest, most remote and hardest to access in the whole country. They are beyond spectacular – even in this country full of spectacular natural beauties. Sometimes they made us feel like we are not even on planet Earth. 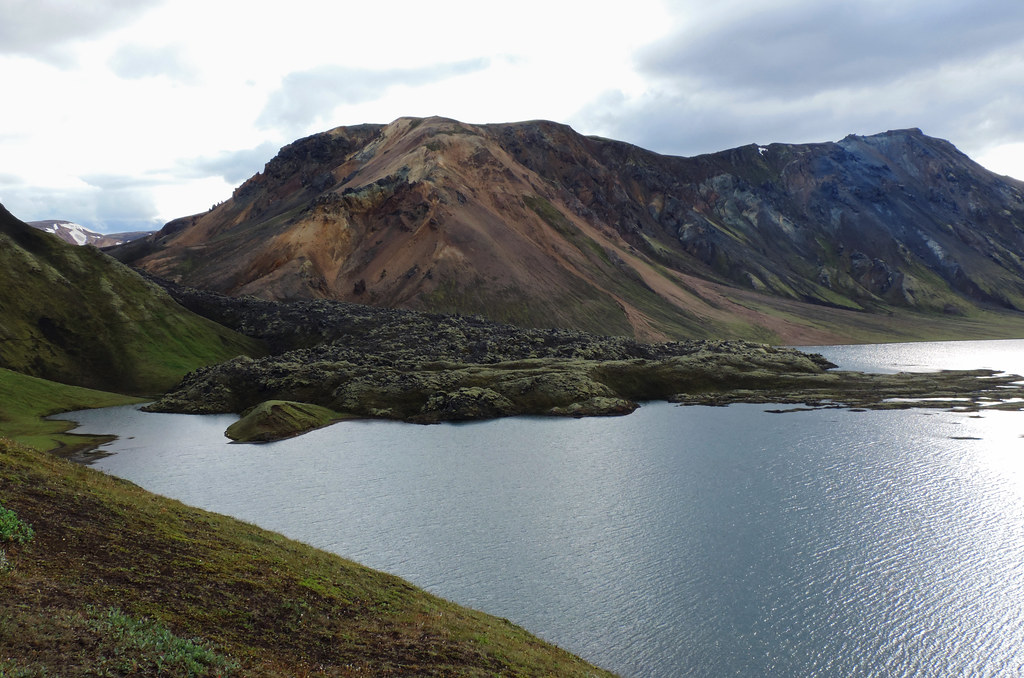 A truly unique half day drive we did in the Highlands was route F208 towards the natural hot pool called Landmannalaugar. It’s also an easy route. Well, kinda. You don’t need to cross rivers. That means easy in the Highlands. Driving a 4WD car on this route was not that challenging either – even for us with zero experience in driving a 4WD.

But please, please note that this road (like all roads marked with F) is meant for 4WD cars only.

It was a bumpy, scenic ride. We started it at Þjófafoss, a muddy waterfall with snow-capped peaks in the background. Sigöldufoss and Sigöldugljúfur Canyon were our next stops. We didn’t find any marked trail, but walking by the edge of Sigöldugljúfur offered wonderful views. 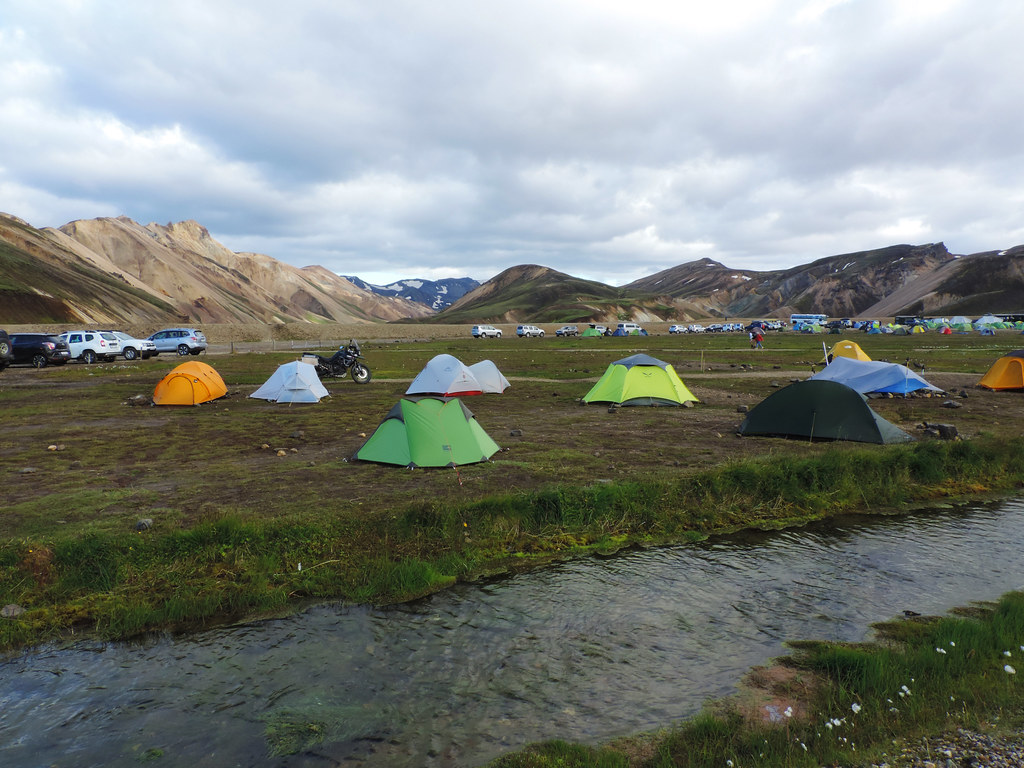 The landscape was a mix of grey, red, yellow and orange. We crossed dark lava fields. And we finished our drive by parking in front of the bridge at Landmannalaugar, then jumped into the hot spring for a nice relaxation.

Golden Circle, the shortest one 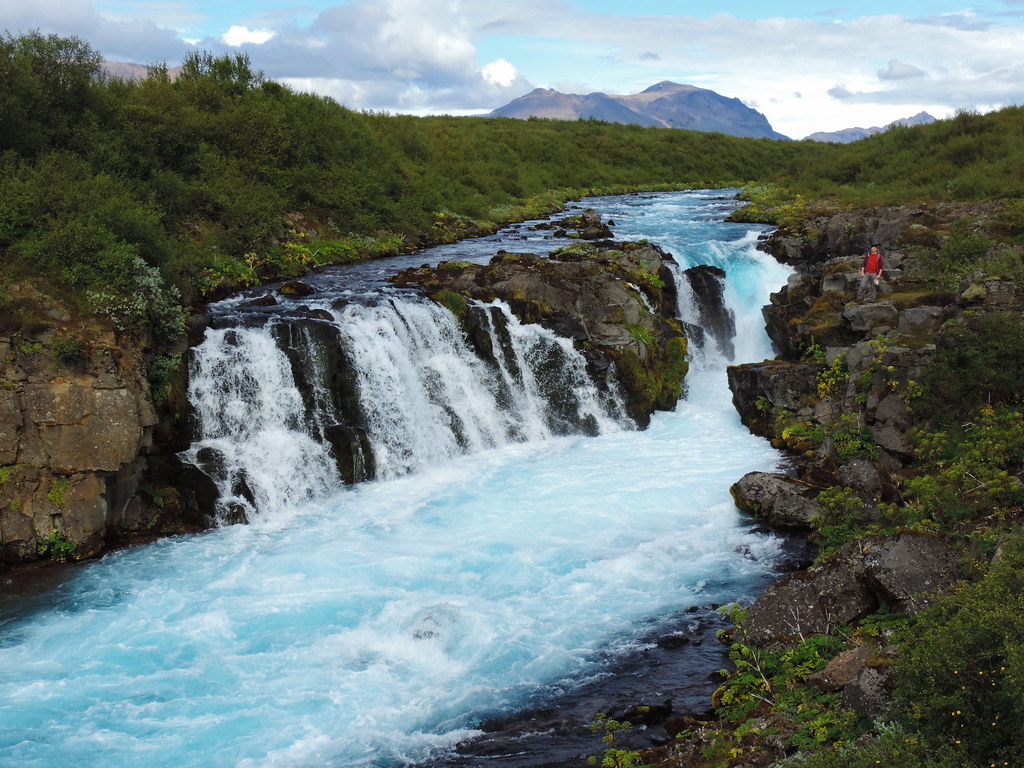 Finally, here’s another famous scenic drive that can fit even if you only have a short time in Iceland: the Golden Circle. It’s in Southern Iceland, close to Keflavík airport and Reykjavík. A full day is enough to do this pretty drive, and you can even manage without renting a car, since lots of bus tours are organized.

But it has a downside, too: the Golden Circle is busy. It’s amazing, but it’s much more touristy than any other parts of Iceland. However, having your own car gives you an advantage again: you can explore off the beaten path. Here you can read our full guide to an extended Golden Circle with all the must-have and lesser known attractions!

Tips for driving in Iceland 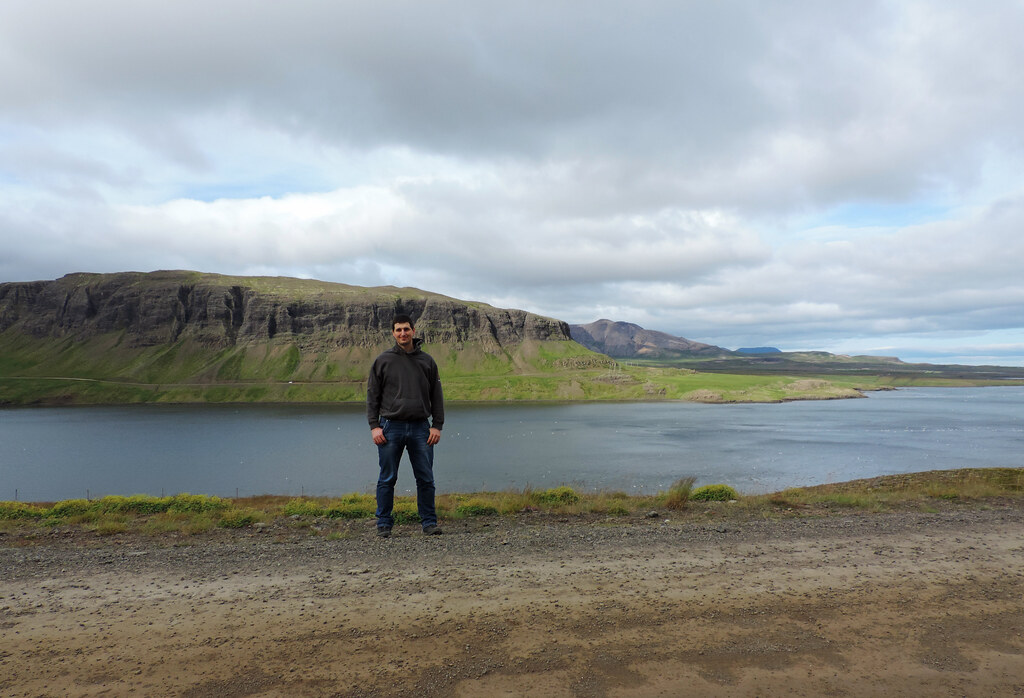 So we enjoyed driving in Iceland so much! The jaw-dropping landscapes around us gave a constant WOW feeling. And we were actually surprised how good the roads are in general. Even gravel roads are smooth and well-maintained for the most part. (Let me just whisper it, but some of the paved roads in Eastern Europe are of significantly worse quality than Iceland’s gravel roads.) Challenging roads meant only for 4WD cars are clearly marked. Traffic is quite light, except in Southern Iceland.

Any more questions left? We’ve written a detailed post earlier with lots of tips specifically for driving in Iceland, check it out here!

Do you have a favorite scenic drive in Iceland?