October has a special place in our hearts. Though it’s the end of our favorite half of the year (yes, we are all for spring and summer!), it puts on a special show that we are looking forward to. Of course, we’re talking about fall foliage, the feast of golden, orange, red and brown colors that every October brings to Hungary. 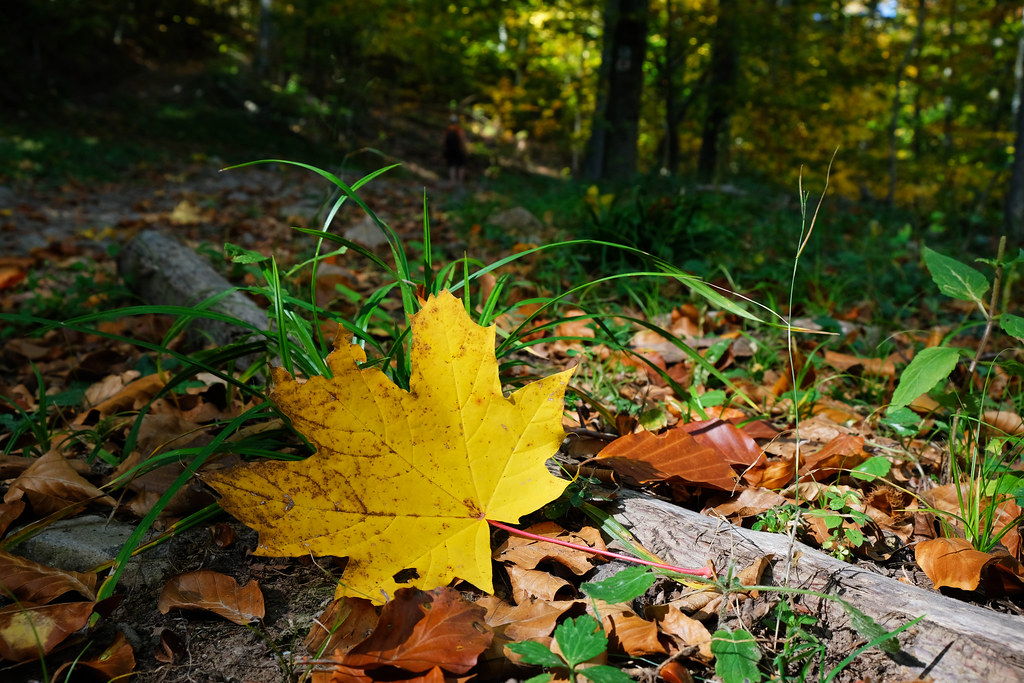 We are yet to see how much fall colors we can find in our new home in British Columbia, but in this post we show you the best places where we enjoyed Hungary’s fall foliage in the past decade.

When to see fall foliage in Hungary in the first place? 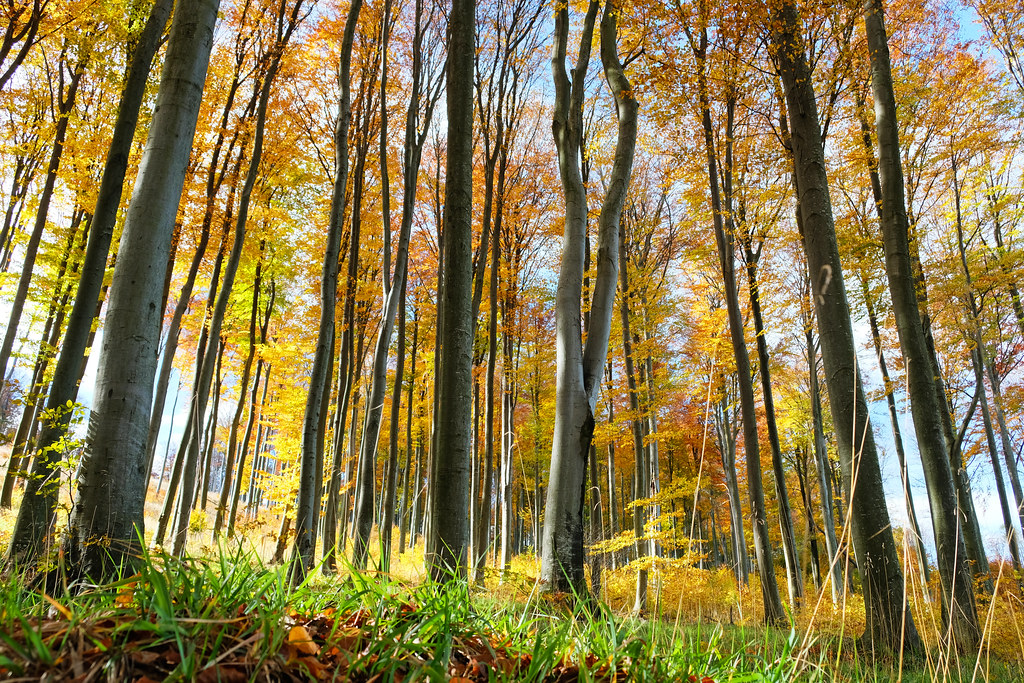 It can be a bit different each year, so I can’t tell you exact dates. It usually lasts for two weeks, starting from about mid-October. However, in colder years it can start earlier, and in milder weather it can start at the end of October. 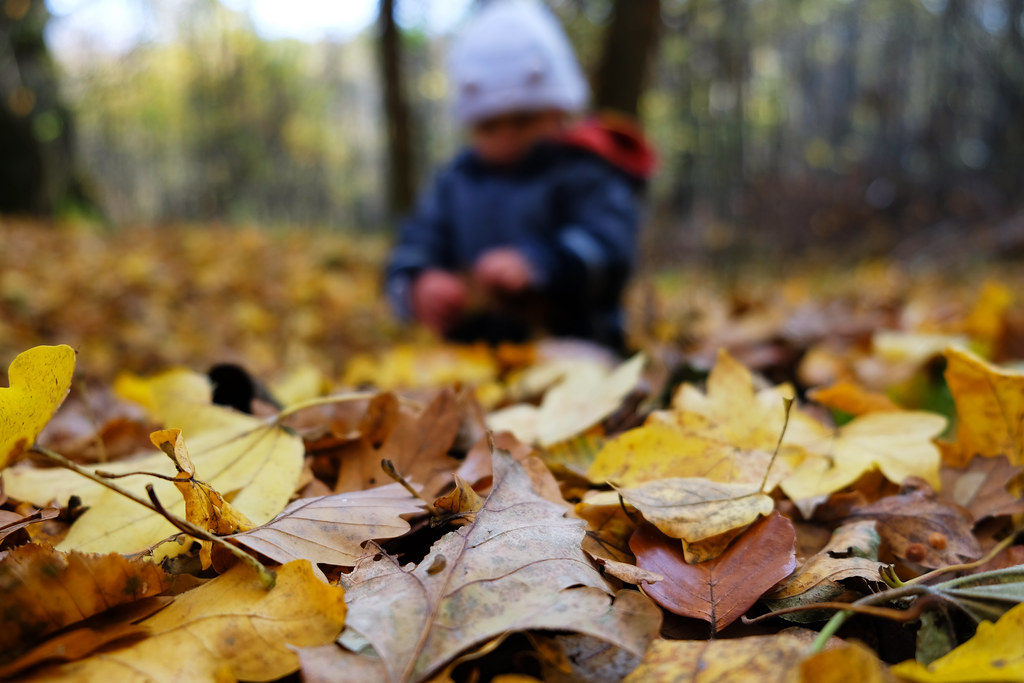 Either way, you have about two weeks to enjoy the colors before leaves fall and the landscape turns brown and grey.

The easiest places to access: public parks in Budapest and other cities 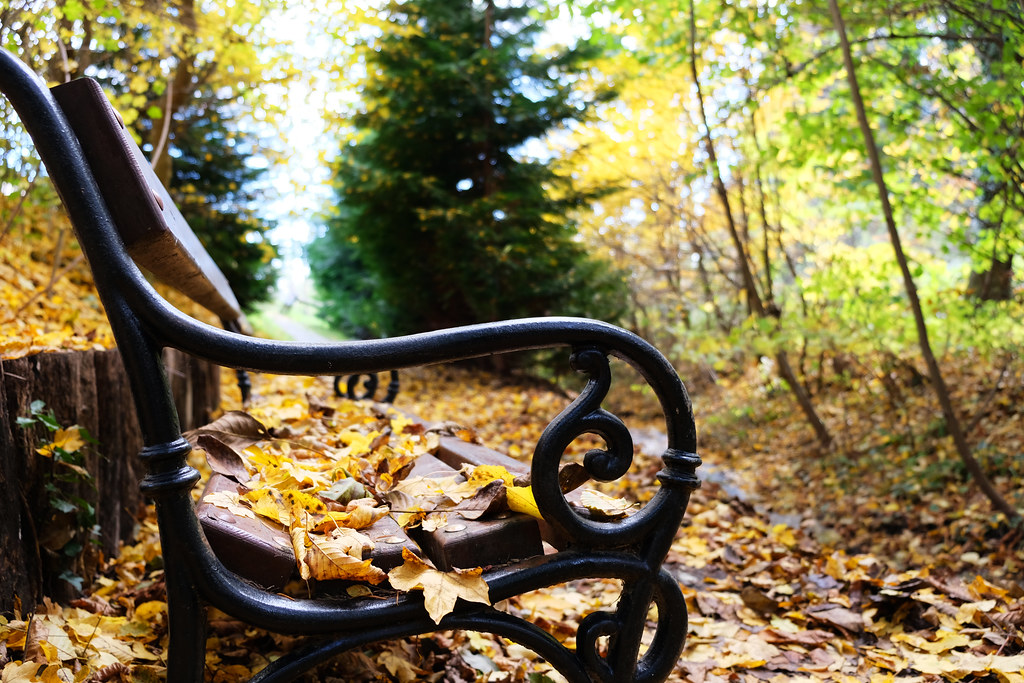 Most visitors come to Budapest, and even if you don’t leave the capital, you can still enjoy some fall colors in the parks. Walk up to Gellért Hill, bike around Margaret Island or in Városliget (the City Park in English). We’ve actually already published a short guide about finding fall colors in Budapest, check it out here – then let’s talk about the rest!

Other cities have lovely parks, too. Like Széchenyi Square in Szeged, Barbakan garden and Klebelsberg promenade in Pécs, Nagyerdei Park in Debrecen, Deák Square and Erzsébet-kert in Sopron or Csónakázó-tó in Kőszeg – just to mention some of our favorites. 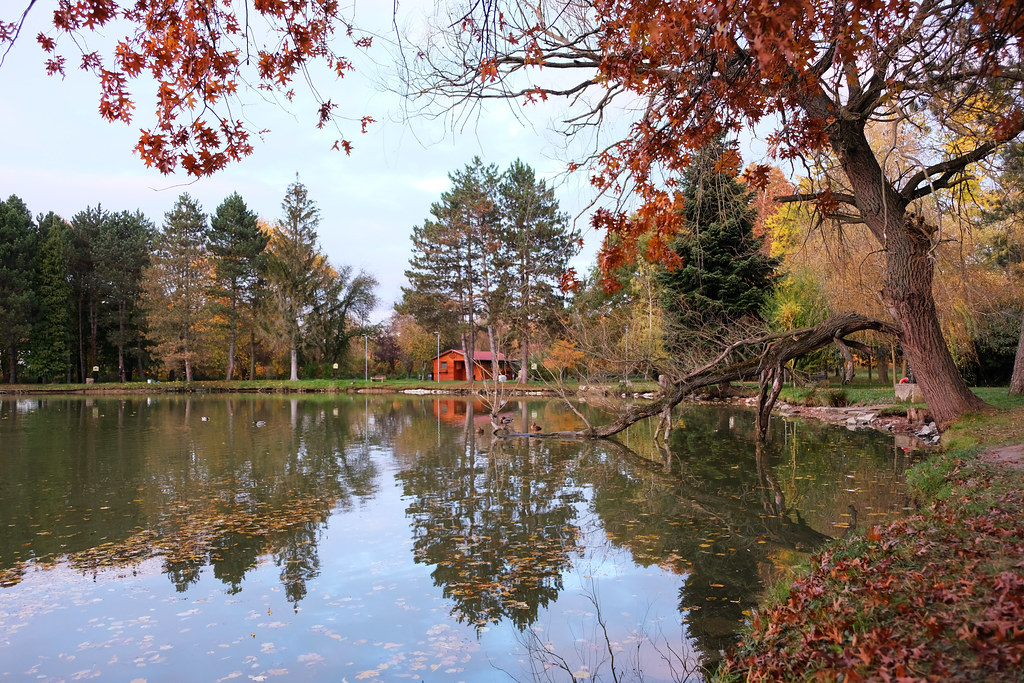 But Hungary’s forests are seasonal, so wherever you go, you’ll see fall in its glory. Where are those forests though? That’s exactly what I’d like to show you. 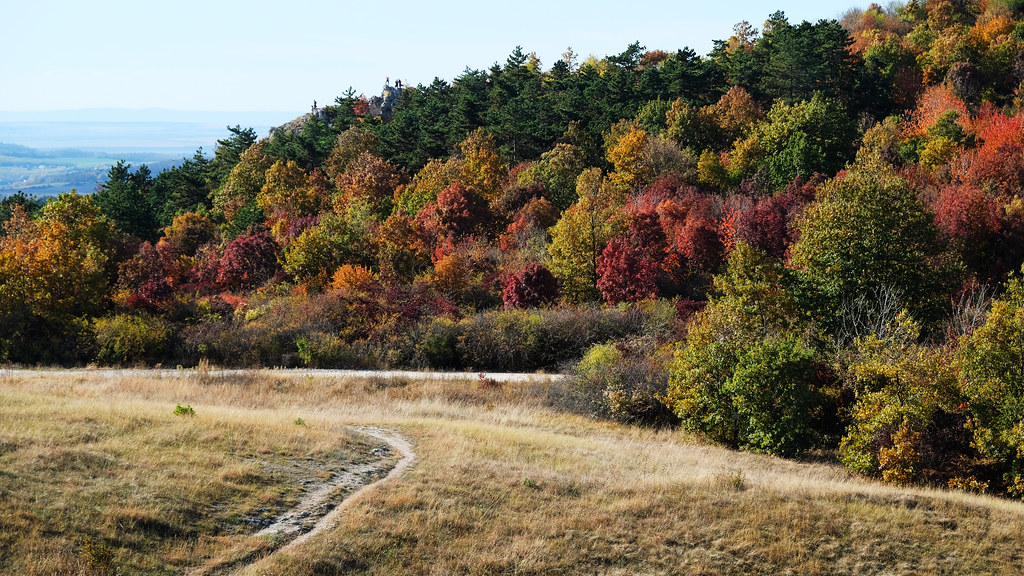 Well, they’re partly inside the city and partly in the agglomeration. Either way, you can easily reach them by public transport or car, and they’re a peaceful haven away from the crowd and noise of the capital. With 500-700 meters peaks, they have plenty of easy, family-friendly trails.

The trail to Farkas-hegy starts from the end of Konkoly Thege Miklós út in Csillebérc, and it offers a 360 degrees panorama of the hills of Budaörs. You can make it a loop by returning through the Sorrento rock formations – see the trail map here. 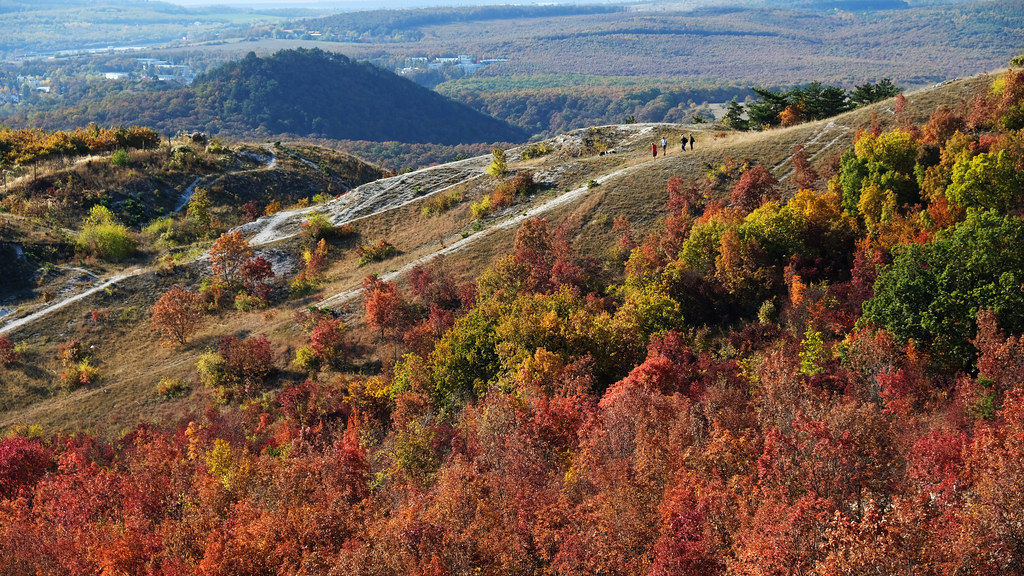 A spectacular ~2 kilometres loop starts from the small town of Biatorbágy, and takes you to the picturesque rock formations of Nyakas-kő and Madárszirt. Fall colors make it even more magical! 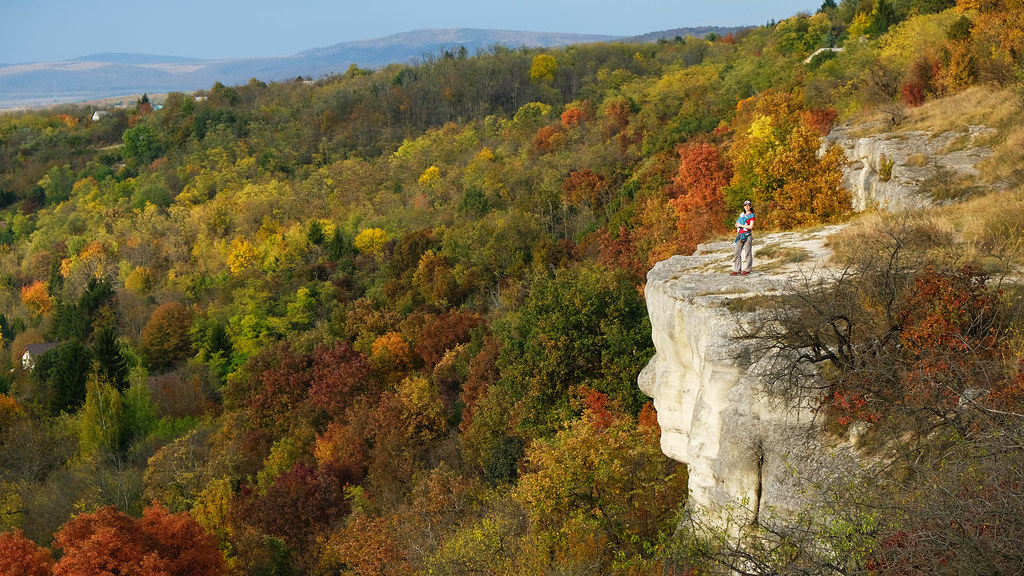 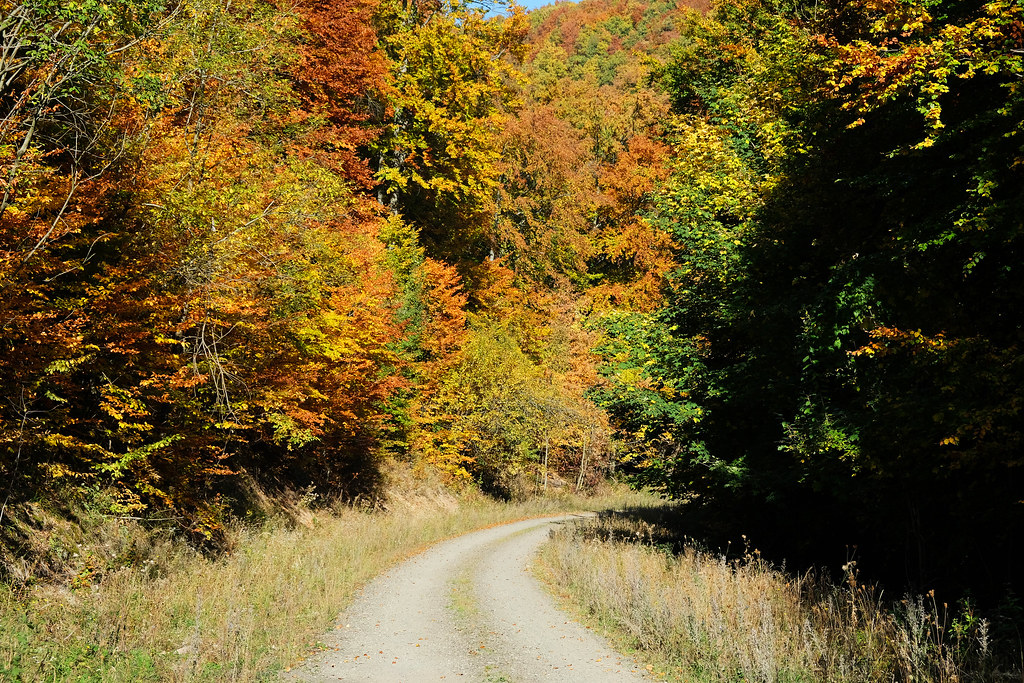 Located just north of Budapest, Danube-Ipoly National Park was our default day hiking getaway on a nice day. In addition to the Buda Hills, this park also includes Pilis, Visegrád and Börzsöny Mountains, the valley of Ipoly river and Szentendre Island. With the highest peak being 938 meters (Csóványos peak in Börzsöny), it’s still the land of seasonal forests.

Rám-szakadék and Dera Gorges in the Pilis Mountains are romantic sights any time of the year, but nothing can beat the beauty of fall. You can also hike to Prédikálószék and Dobogó-kő peaks for a panorama of Pilis and the Danube Bend. Dobogó-kő can actually be accessed by car, too. You find several viewpoints just a short walk from the paid parking lot. 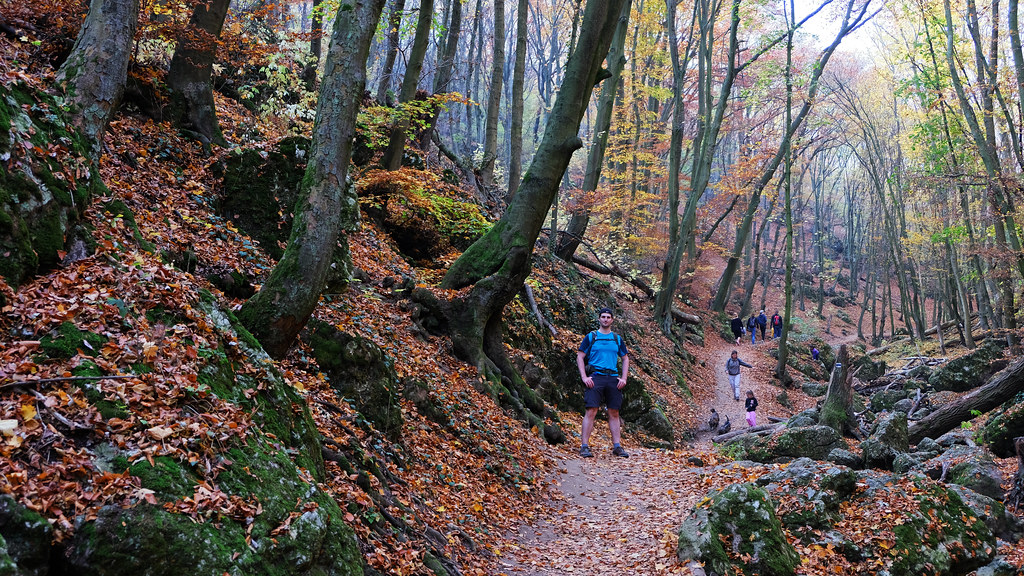 Spartacus Trail is also a scenic route in Pilis with some natural viewpoints on the way, and you can make it a loop through Apátkúti Valley. 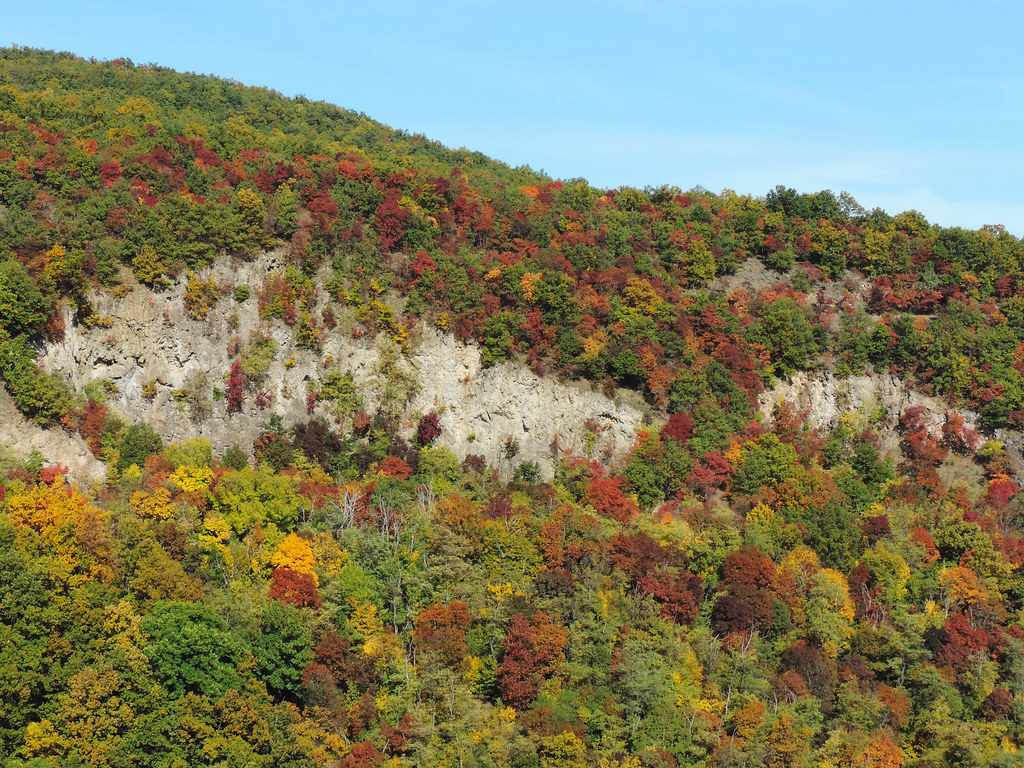 Börzsöny Mountains on the other side of the Danube also offer peaks and viewpoints at the end of the forest trails: Csóványos is the highest, but we like Julianus viewpoint and Nagy-Hideg-hegy peak even more. 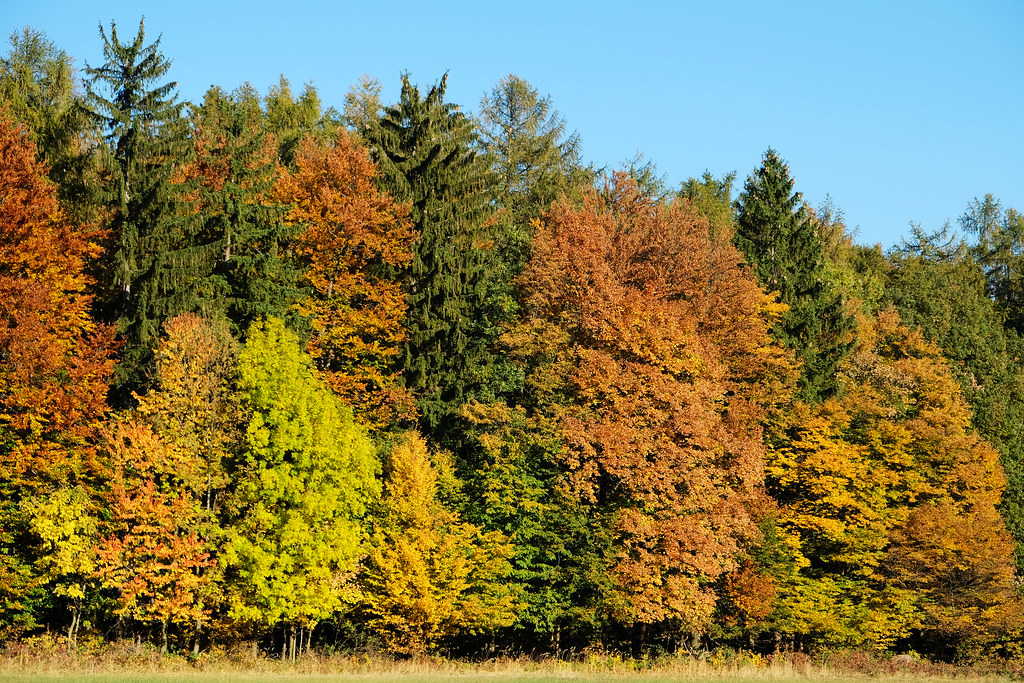 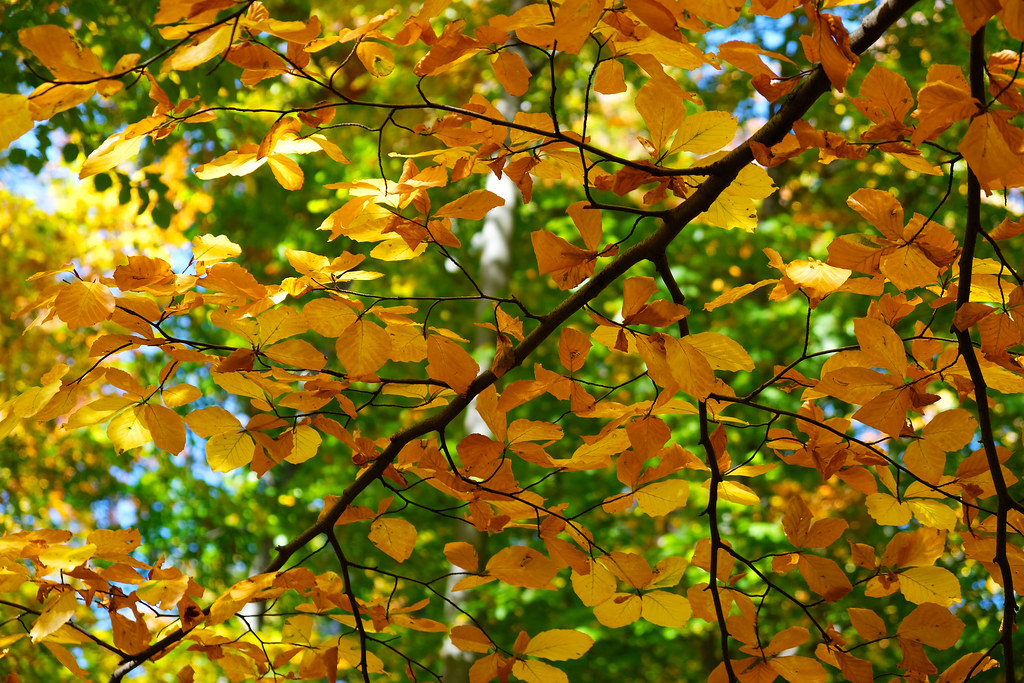 There are countless trails in the park, and you usually have several options to get to popular peaks. Below we collected details for some sample routes for the hikes we mentioned:

Kőszeg Mountains, on the border of Austria-Hungary

Kőszeg Mountains is a protected area that’s located partly in Vas County (Hungary) and partly in Burgenland (Austria). In Hungary it’s part of Őrség National Park and offers pretty trails in the seasonal forest, with both man-made viewing towers and natural viewpoints on the way. 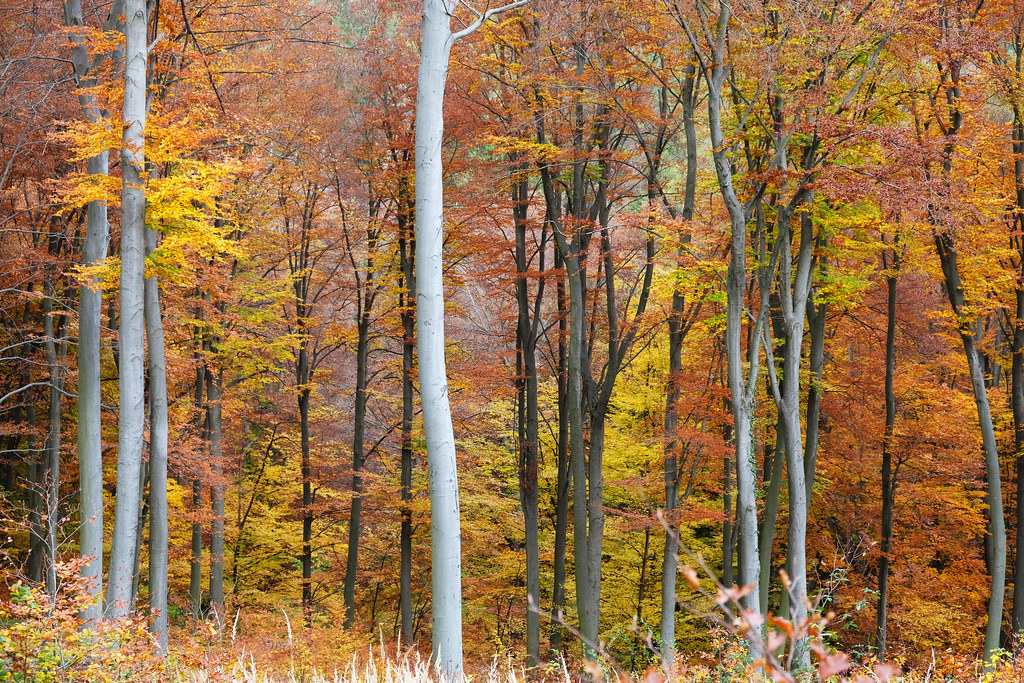 Írottkő, the highest peak (884 m), is on the border of Hungary and Austria. In addition to the viewing tower with its 360 degrees panorama, including Fertő Lake, the Alpine scenery of Schneeberg and Rax, or even Lake Balaton on a clear day, this place has lots of history, too. The trails that one can take either to Austria or Hungary today are where once the Iron Curtain stood. It separated the two countries during the Soviet era, and there was an actual fence that made the viewing tower inaccessible from Hungary back then. Whoever tried to climb over that fence towards Austria was shot. 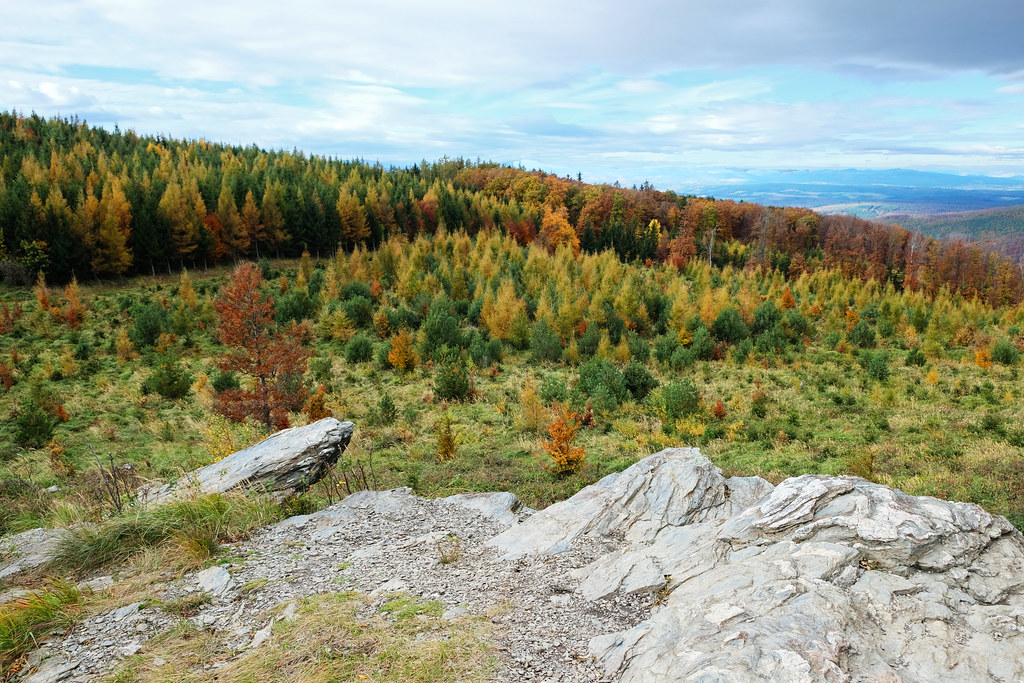 Our favorite route to Írottkő runs on the saddle (and occasionally on the border) and rewards with picturesque views of all the colorful trees below. 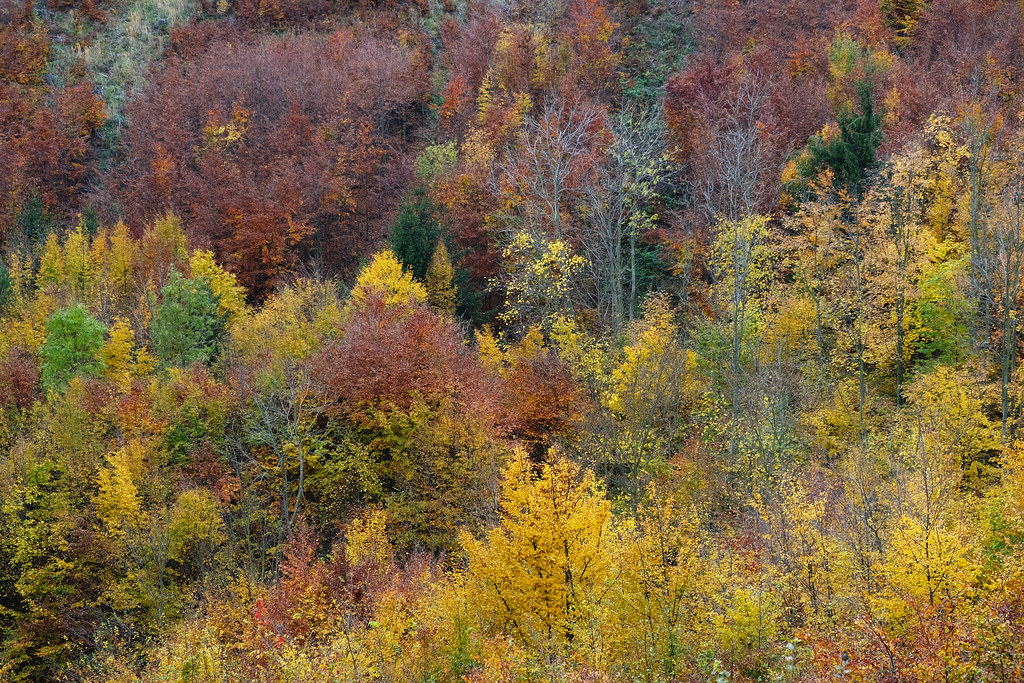 Hétforrás (Seven Springs in English) in the Rőtfalva Valley is an easily accessible and popular destination. You can park your car at Kincs-pihenő near Kőszeg, and walk 1.5 kilometres to the spring which was named after the seven chieftains of the Magyars: Álmos, Előd, Ond, Kond, Tas, Huba and Töhötöm. We tasted all seven springs just for fun to see which is the most delicious. (No idea. Can water even be delicious?) 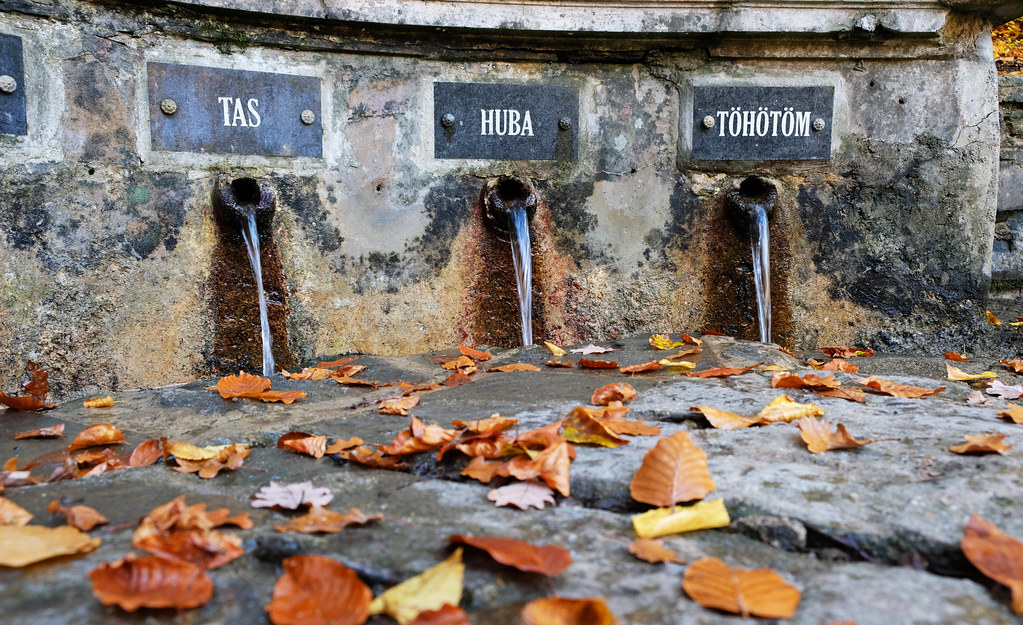 Our favorite rock formation hidden in the forests of the Kőszeg Mountains is Kalapos-kövek. Óház-tető has a viewing tower built on the foundation of an old fort. The church of St. Vid is a tiny gem under the large trees. 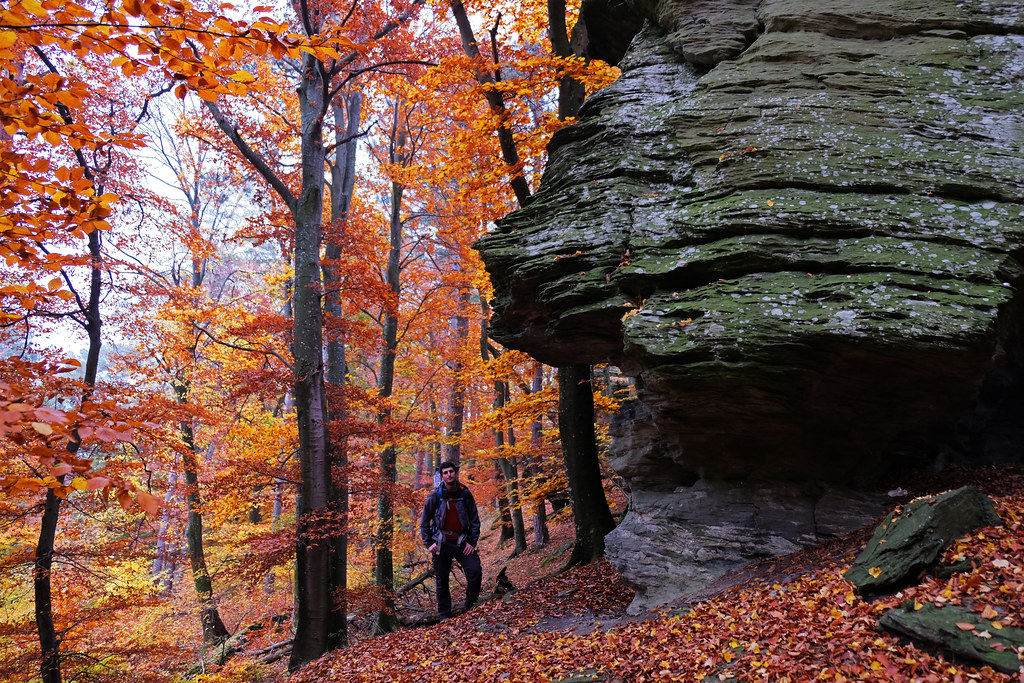 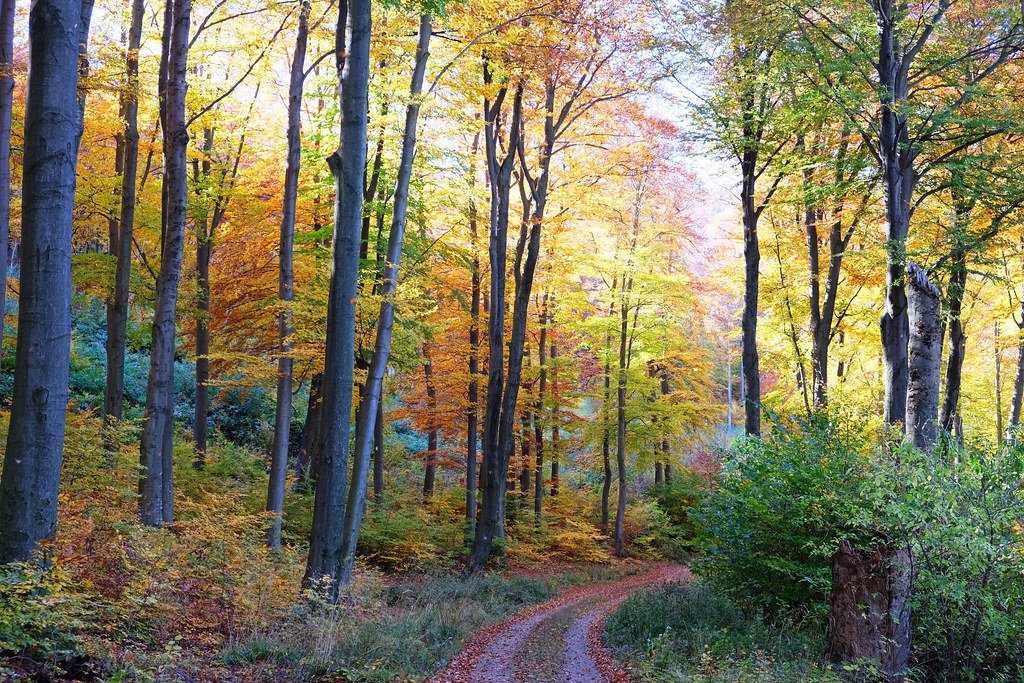 And all of these places we mentioned are included in a ~22 km full day loop trail from the village of Velem through Írottkő and Hétforrás (see the route below). This was our favorite hike in the area. 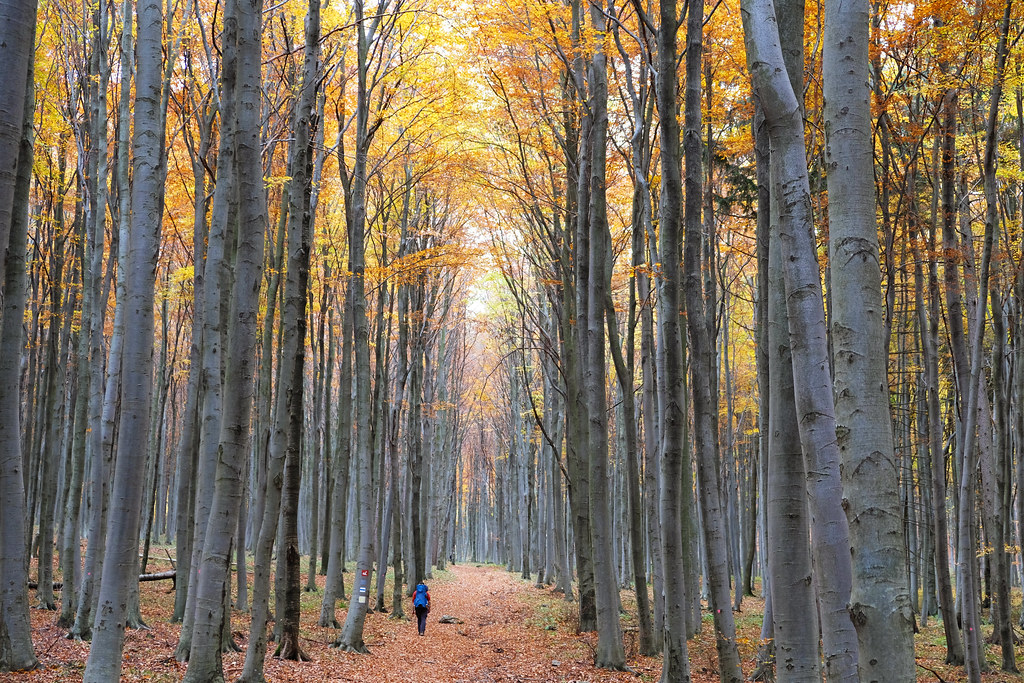 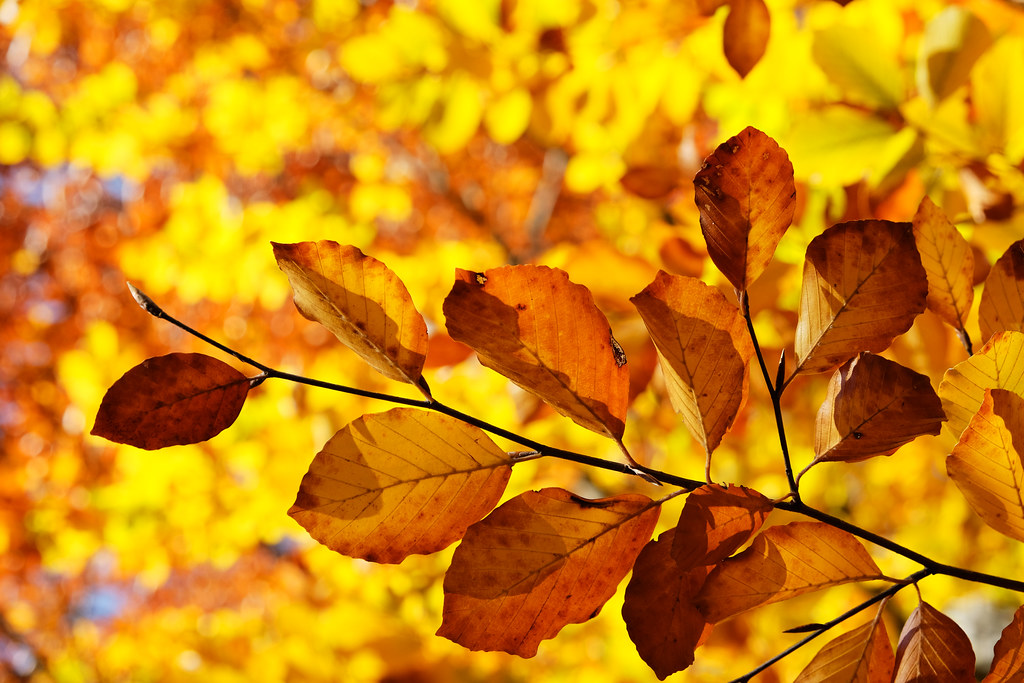 The Zemplén Mountains are not among the most touristy regions in Hungary. Located in the northeastern corner of the country, they’re simply not on the way for most people. And for the same reason, they’re heaven to nature lovers yearning for solitude! 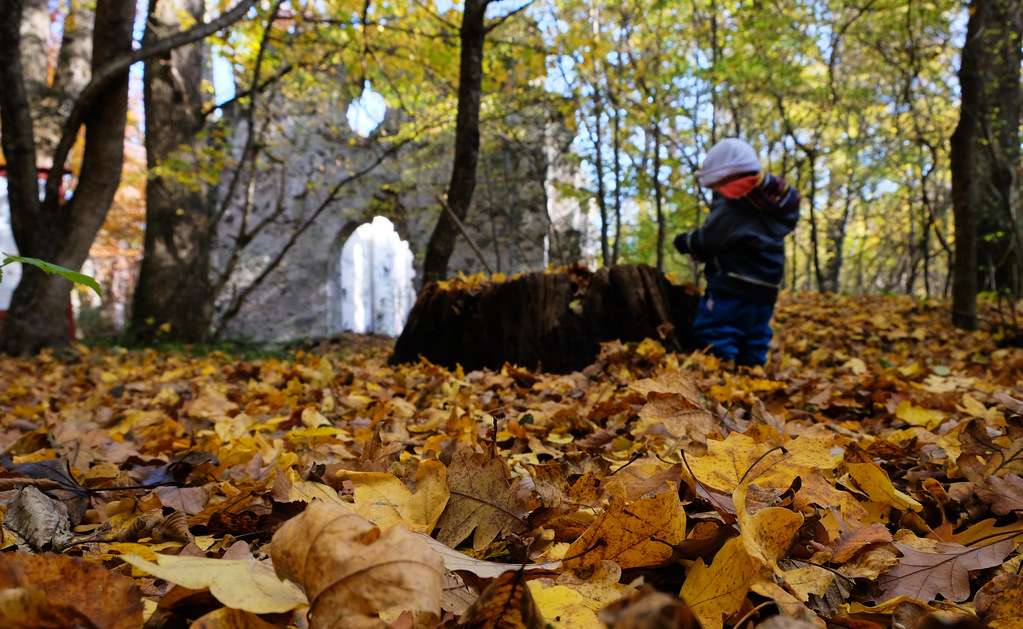 The highest peak is Nagy-Milic (894 meters), but we like those peaks more that are home to medieval ruins and stone castles. Boldogkő Castle and Füzér Castle are the most famous, but we found quite a dramatic set of ruins of a Pauline monastery on the Rákóczi Heritage Trail that we hiked from Telkibánya to the Amádé Castle Ruins – see the route on a trail map here. 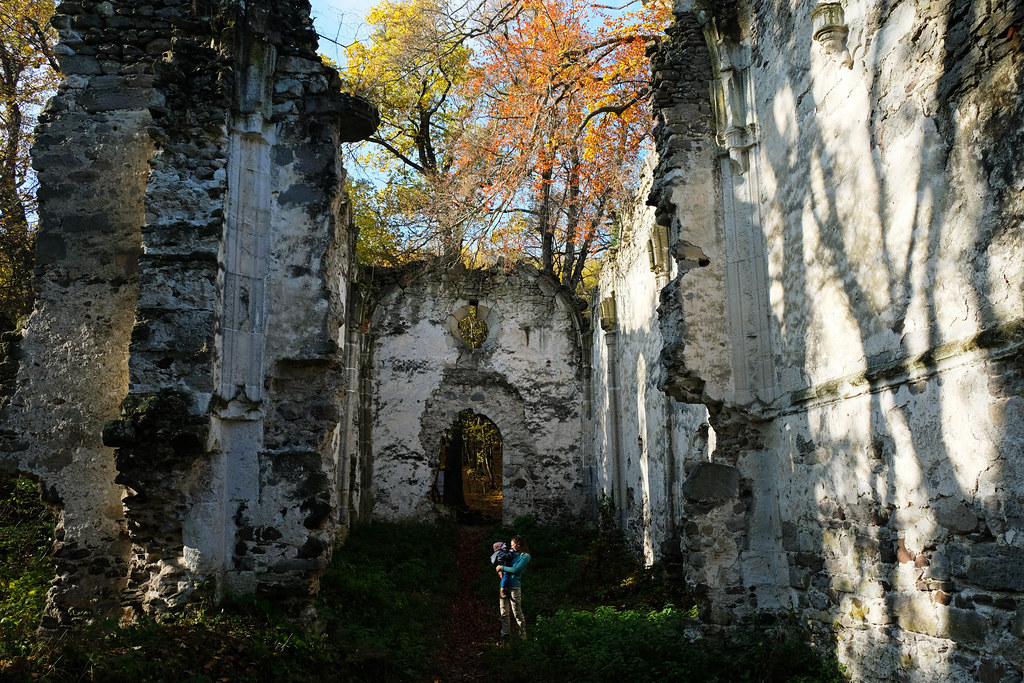 By the way, Rákcózi Heritage Trail is a 60+ kilometres long walking trail. It takes you to all the natural and cultural sites connected to II. Rákóczi Ferenc, a significant figure of 18th century Hungary. Researching and completing part of this heritage trail is a fun way to dive a bit deeper into Hungarian history.

Some of the forest trails lead to Slovakia, so you can do country-hopping during a day hike. Hiking to Izra Lake from Pusztafalu through Kis-Milic peak is a typical example of this. Though there’s no actual border control since both countries are in the Schengen zone.

And then comes November, with fallen leaves, dark skies and bare landscapes… 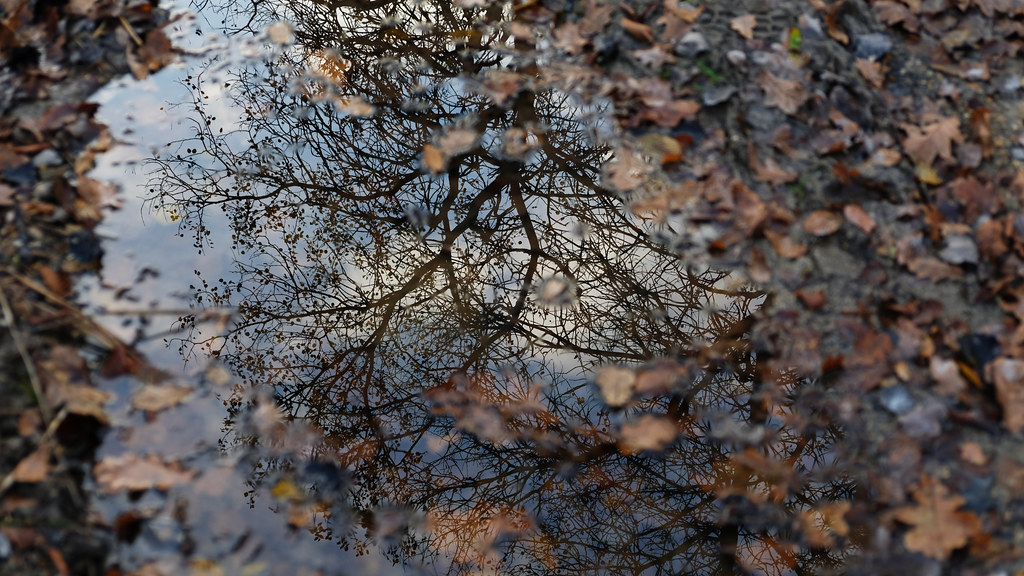 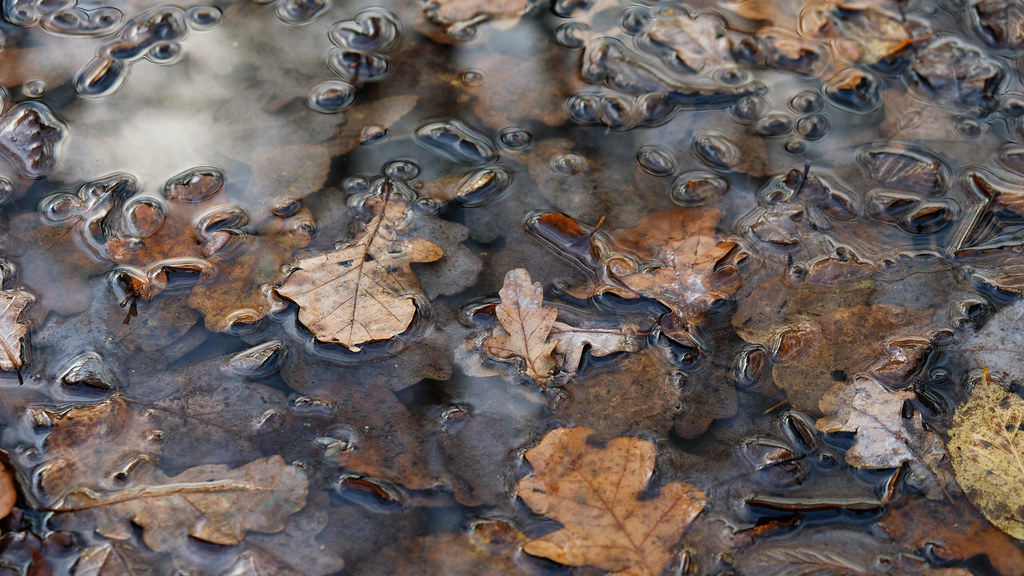