We’ve already written several posts about Vienna, its architecture, palaces, parks, museums and Christmas markets. Now it’s time to show you its surroundings, because the area offers countless opportunities for day trips. We share our favorites with you.

Vienna is one of the best European cities. We return there each year, we love it in every season. That’s where we got engaged – it might make us a bit biased. But it’s such a wonderful city with magnificent castles, giant cathedrals, lively walking streets, colorful parks and exciting museums. There are giant pandas in its zoo. Do we need to say anything else? 😀 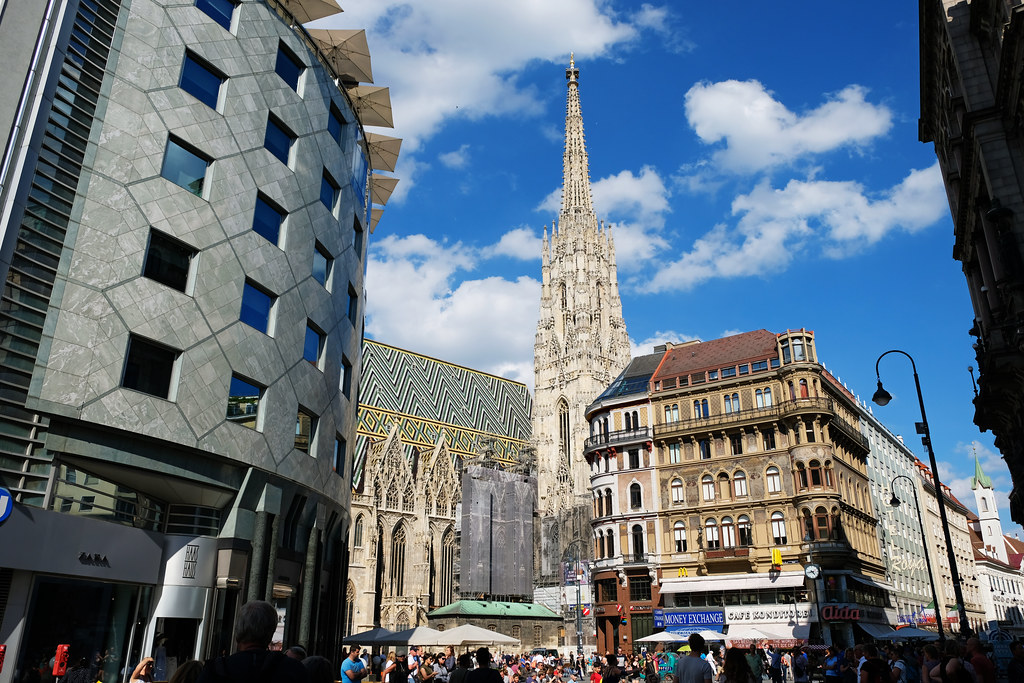 Yes, because we want to tell you about something else this time: the fabulous day trips from Vienna. We visited it countless times since our first visit in 2011, so we had tons of opportunities to explore its surroundings, as well. We did each of these day trips, and we enjoyed them. We recommend them because we think they can really add to your visit. So let’s see what else there is beyond Vienna. 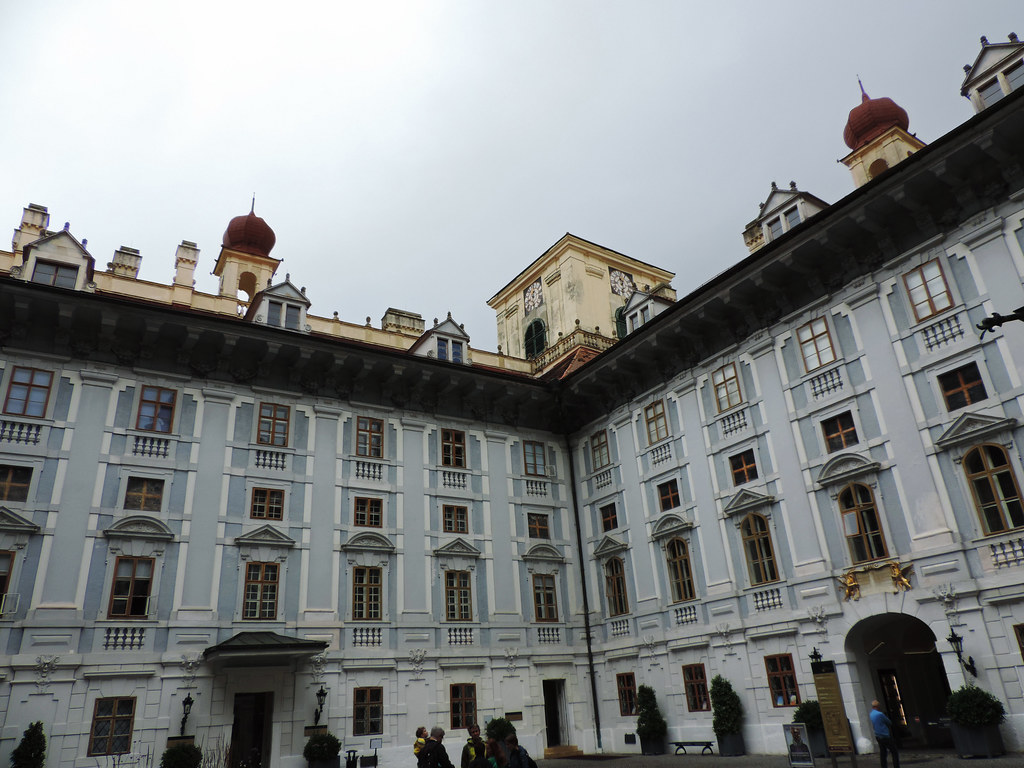 An hour drive from Vienna, close to the Hungarian border, lies the city of Eisenstadt and its beautiful Baroque palace. Constructed in the late 13th century, Schloss Esterházy was the seat of the Esterházy noble family for over 300 years.

We visited its elegant, nicely furnished rooms on a guided tour. As usual, it was not just the palace and its interior that we found interesting, but also all the small things we got to know about the lifestyle and traditions of those old times. That’s the reason we prefer guided tours when visiting a castle – well, given that there are guided tours available in a language that we understand. 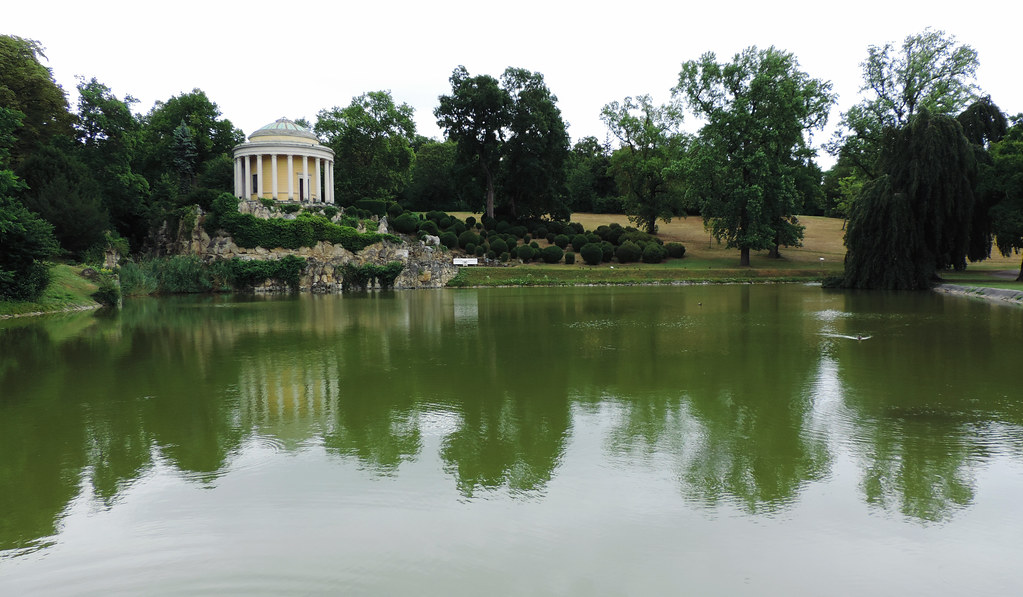 I still need to mention our favorite place in Esterhazy Palace: the Haydnsaal. This grand, gorgeous banquet room is a piece of artwork in itself. It got its name after the famous composer Joseph Haydn, who worked for about 40 years in the service of the Esterházy family. He composed many of his works in this castle. Haydnsaal is used as a concert hall from time to time today – and it’s said to be one of the most beautiful and acoustically perfect concert halls in the world.

Esterhazy Palace has a lovely garden with large trees, flowers and ponds. And it’s free to take a walk there. 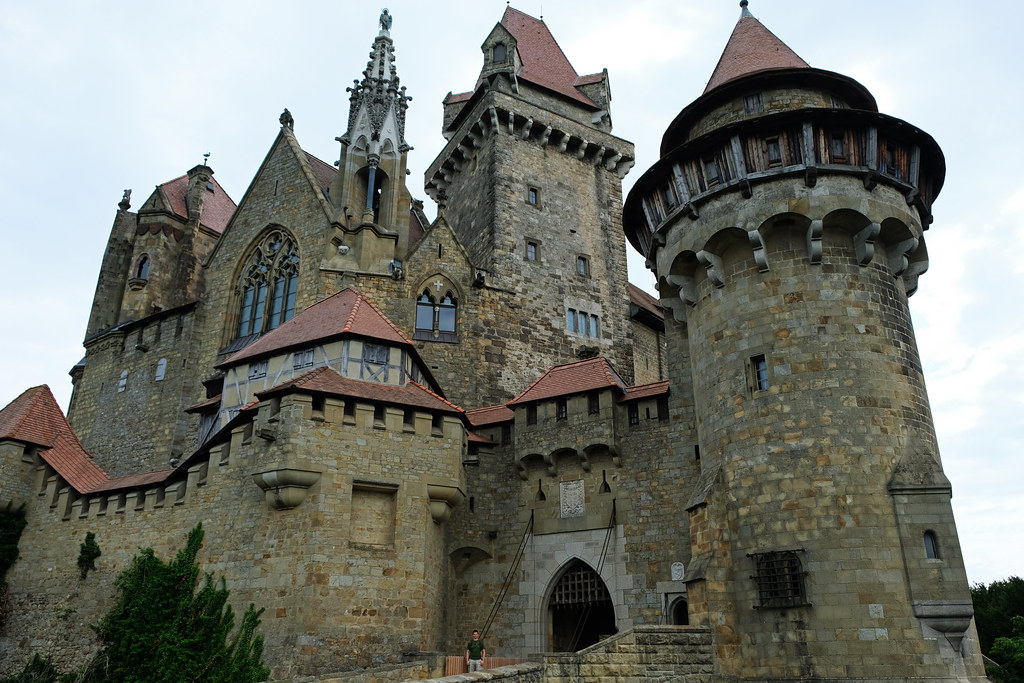 Just half an hour drive from Vienna, stands Kreuzenstein Castle. It’s both a “neo-” and an original medieval castle, since the ruins of the 12th century structure was renovated in the 19th century.

We could only visit it on a guided tour, but unfortunately, guided tours are available only in German. And my German vocabulary is still not good enough, especially not my medieval vocabulary. Anyway, the castle looks nice from the inside, too. If you’re interested in medieval history, weapons and traditions, you’ll enjoy the exhibitions very much. 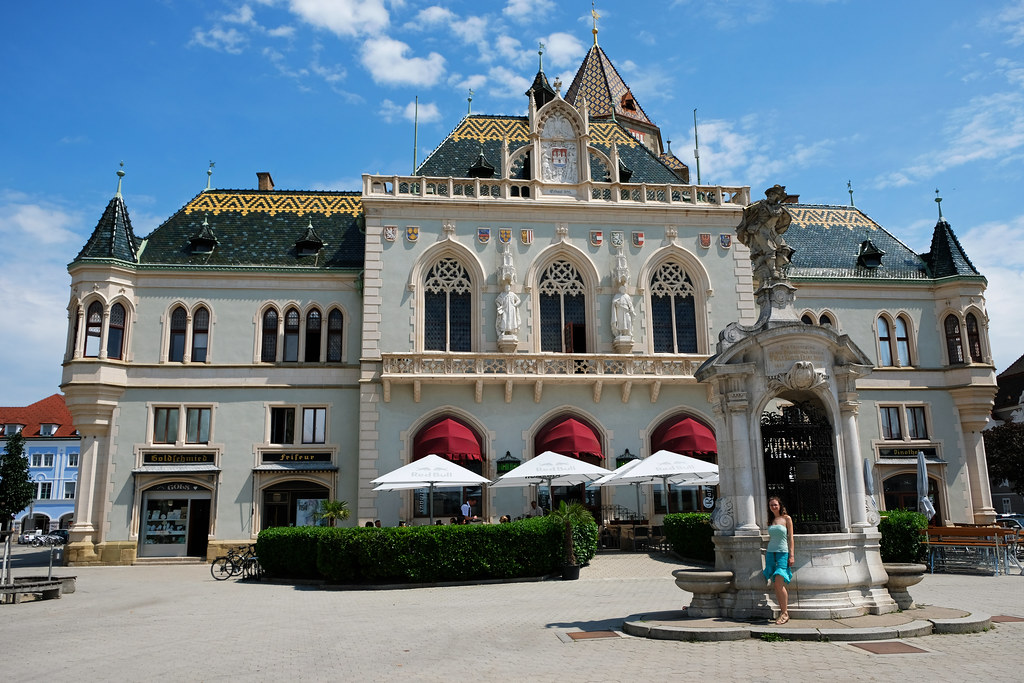 After our visit to Kreuzenstein Castle, we stopped in the city of Korneuburg on our way back to Vienna. We started our short walk at the City Hall (Rathaus). This Neo-Gothic building originates from the 19th century, and it’s the heart of Korneuburg. It’s surrounded by pastel-colored town houses, and we could also see the Pied Piper Fountain and the Trinity Column on the main square in front of it. 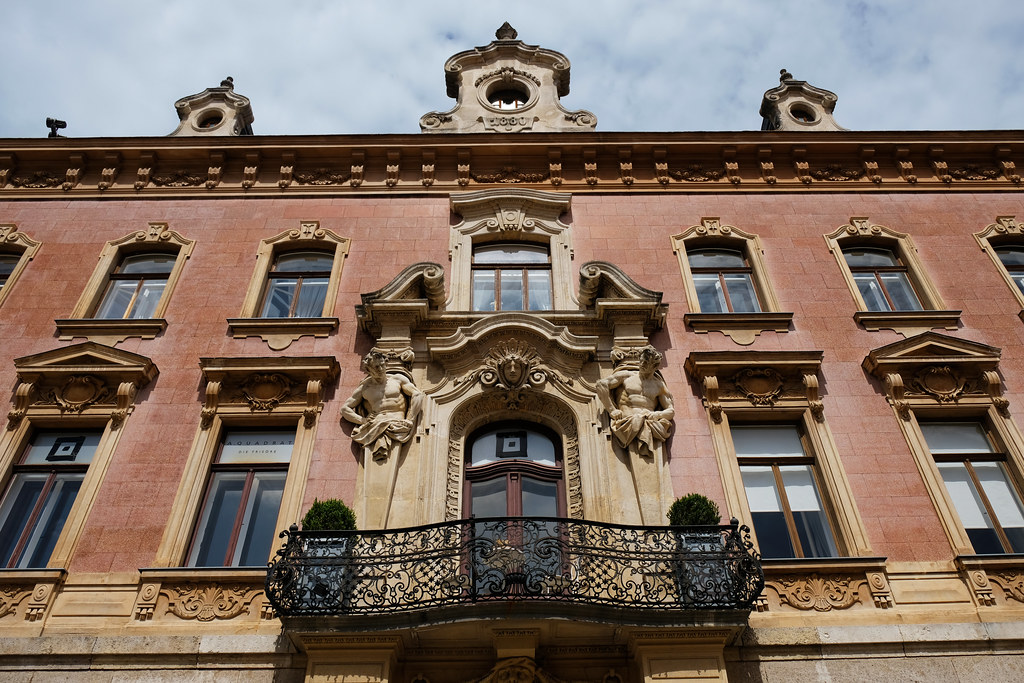 However, our favorite small town near Vienna is Baden bei Wien. We visited it in late spring, and found it so romantic with all the parks and walking streets full of flowers! We even bumped into a rose festival in Doblhoff Park.

The Main Square (Hauptplatz) and the 19th-century Biedermeier architecture of its center amazed us. We’ve already written a short guide about where to go and what to see in Baden bei Wien, with lots of pictures – read it here! 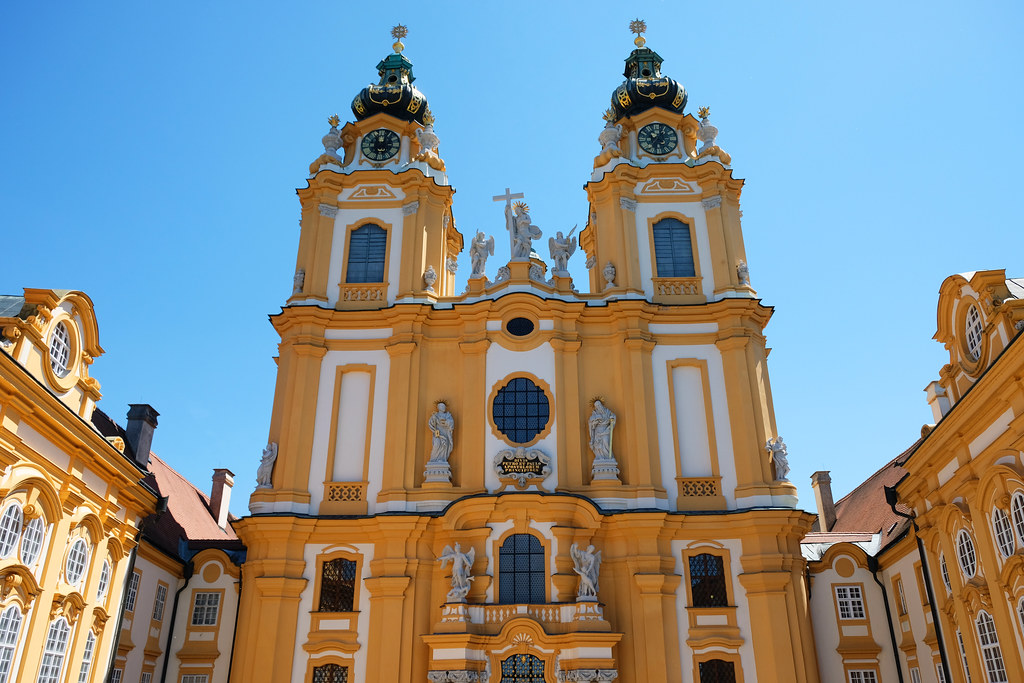 Melk is a lovely city located along River Danube in Wachau Valley. While it has a neat and pretty city center, it’s most famous for Melk Abbey, one of the biggest and most beautiful Baroque structures in Europe.

Melk Abbey is situated on a rock overlooking the Danube – quite a picturesque setting. Since 1089, the abbey is home to the Benedictine monks who live and work here even today. Together with Wachau Valley, Melk Abbey is recognized as a UNESCO World Heritage Site. 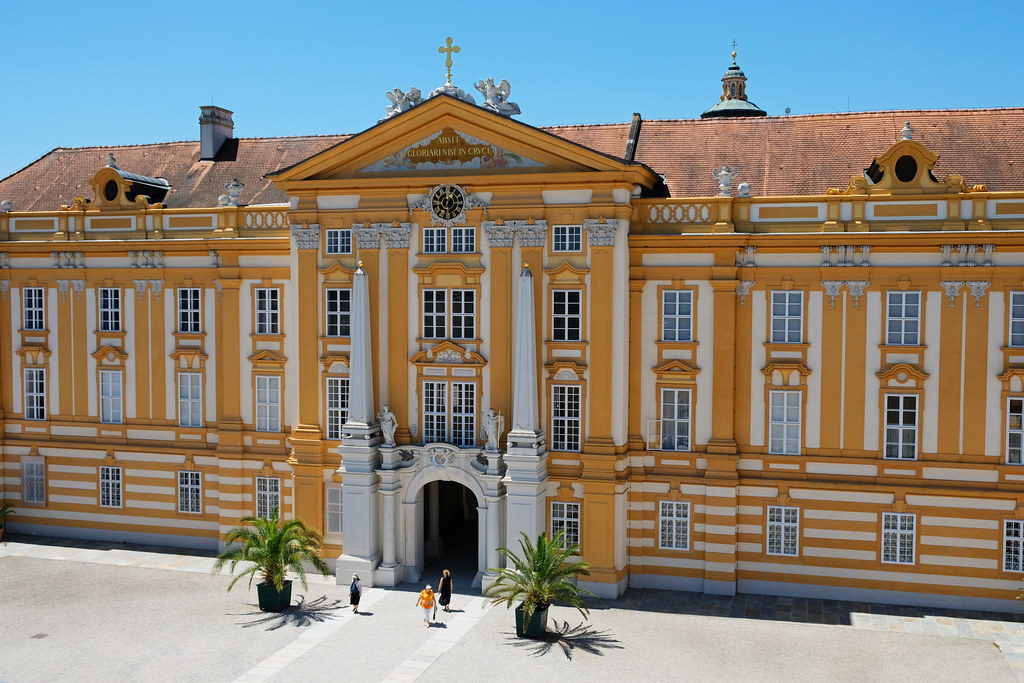 We visited the abbey on an English guided tour. We particularly liked the Marble Hall, the balcony with views above Melk and the Danube, and the old library. The highlight was the abbey church though. Overornate is the typical attribution of Baroque, and this church is the perfect example. 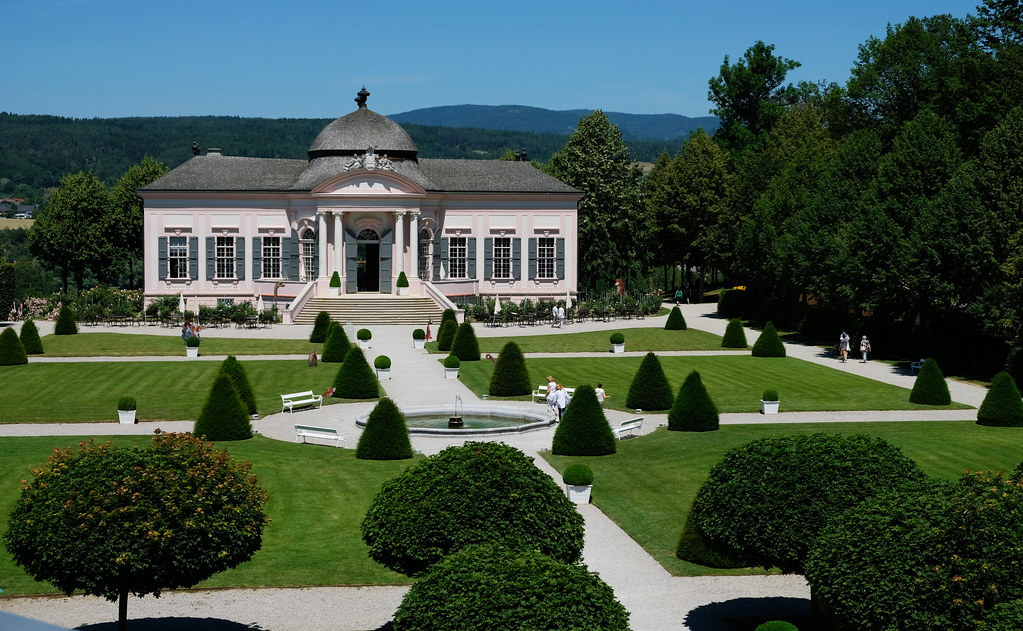 Then we visited the abbey park with its Baroque pavilion and quiet, shaded paths on our own. 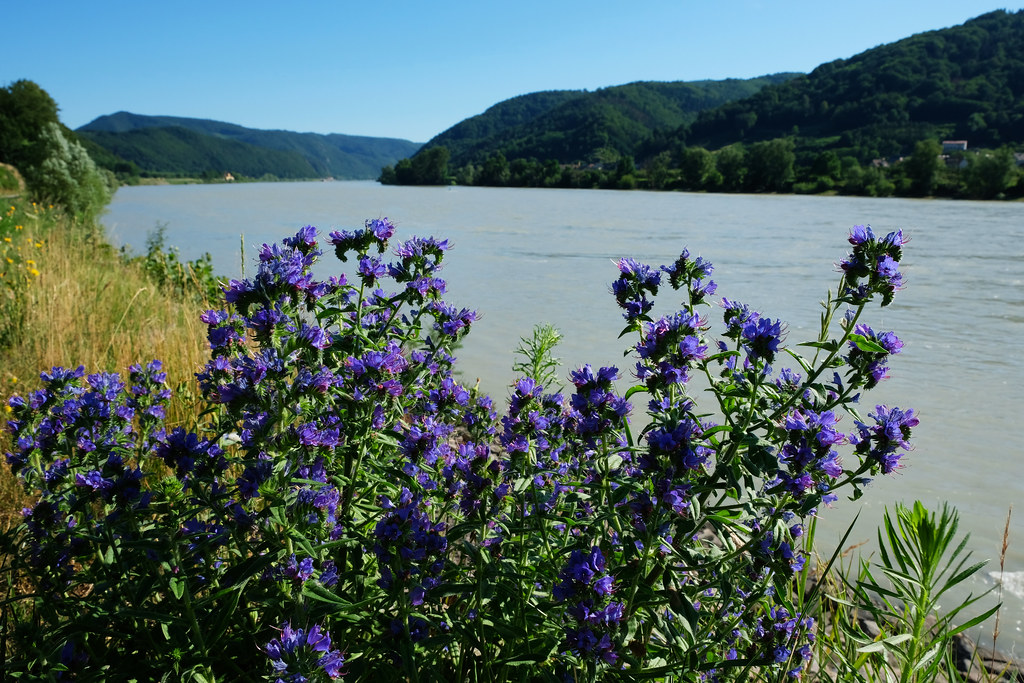 After visiting the old town of Melk, strolling through Kremser Strasse and Wiener Strasse, we started our scenic drive in Wachau Valley. It’s a particularly pretty section of the Danube, with castles and castle ruins standing proud above the curving river – like Schloss Schönbühel or the ruins of Aggstein Castle. It’s only a 35 kilometres long drive, so a couple of hours should be enough even if you stop along the way. 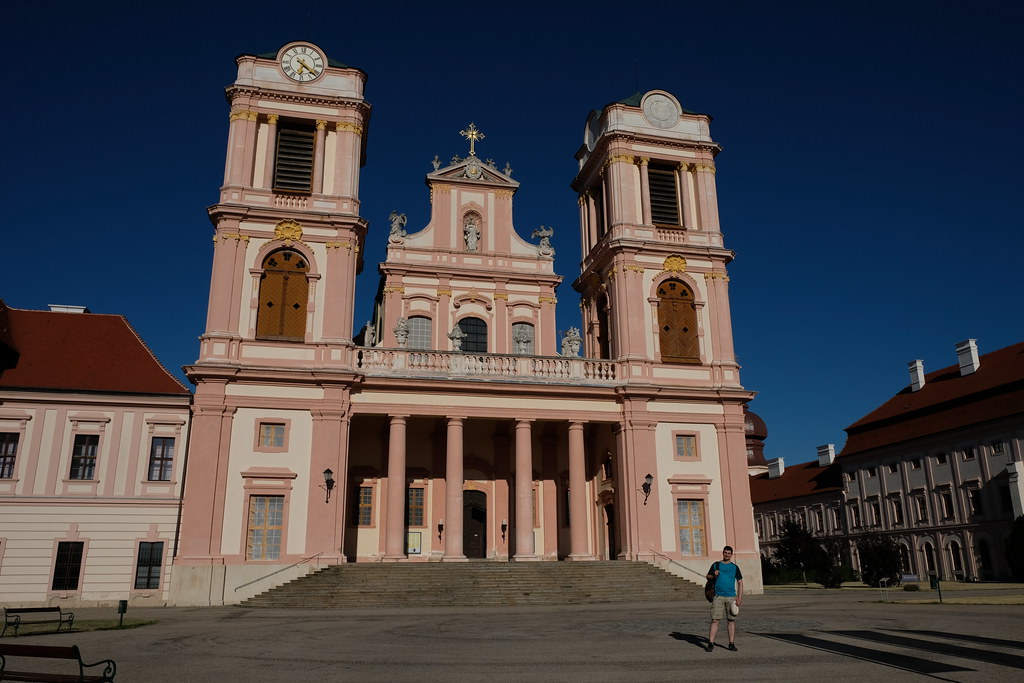 We ended the drive in Krems, then drove to the last sight we planned to visit that day: Göttweig Abbey. It’s another Benedictine monastery and an impressive piece of Baroque architecture near Krems. Its abbey church can be visited for free. Standing at the top of a hill, the monastery also offers nice views above Wachau Valley in the distance. 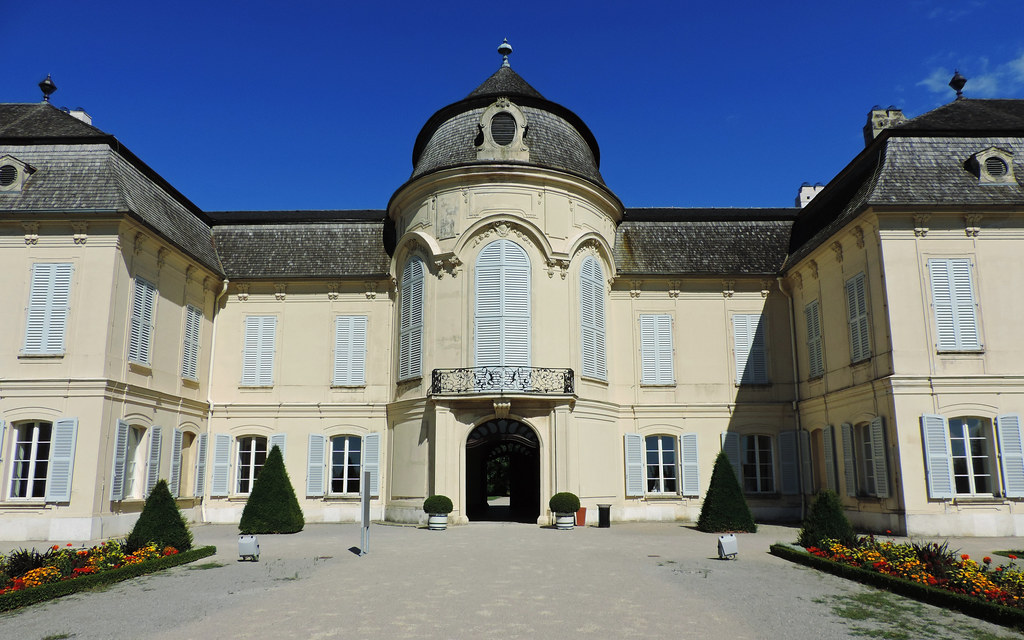 About an hour drive from Vienna, very close to the border of Slovakia, we found two pretty castles: Schloss Hof and Schloss Niederweiden.

Schloss Hof is a two-storey Baroque palace with a wonderful garden. We walked through its former residential and imperial apartments on a self-guided tour. They are nicely furnished and also give a portrait of the lives of Prince Eugene and Maria Theresa, the previous residents of Schloss Hof. But we liked the garden even more. It’s a spacious formal garden with seven terraces, lots of flowers and small fountains. 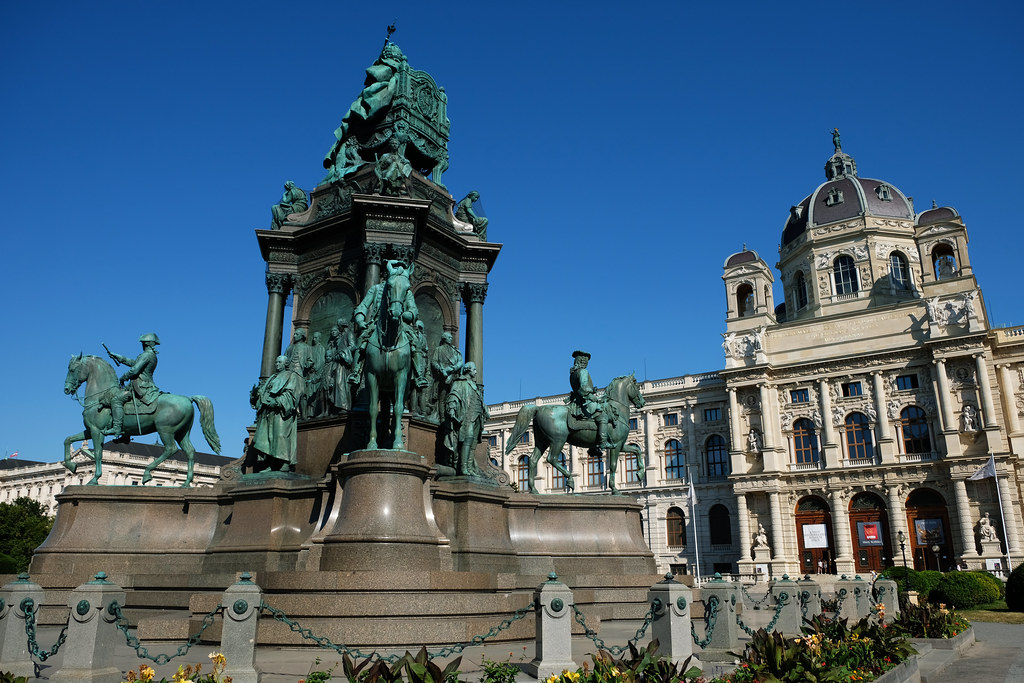 Once we finished our visit and were on our way back to Vienna, we stopped at nearby Schloss Niederweiden. It’s really just a couple of minutes from Schloss Hof by car. It’s worth a stop at least to see it from the outside, and take a walk in its garden. 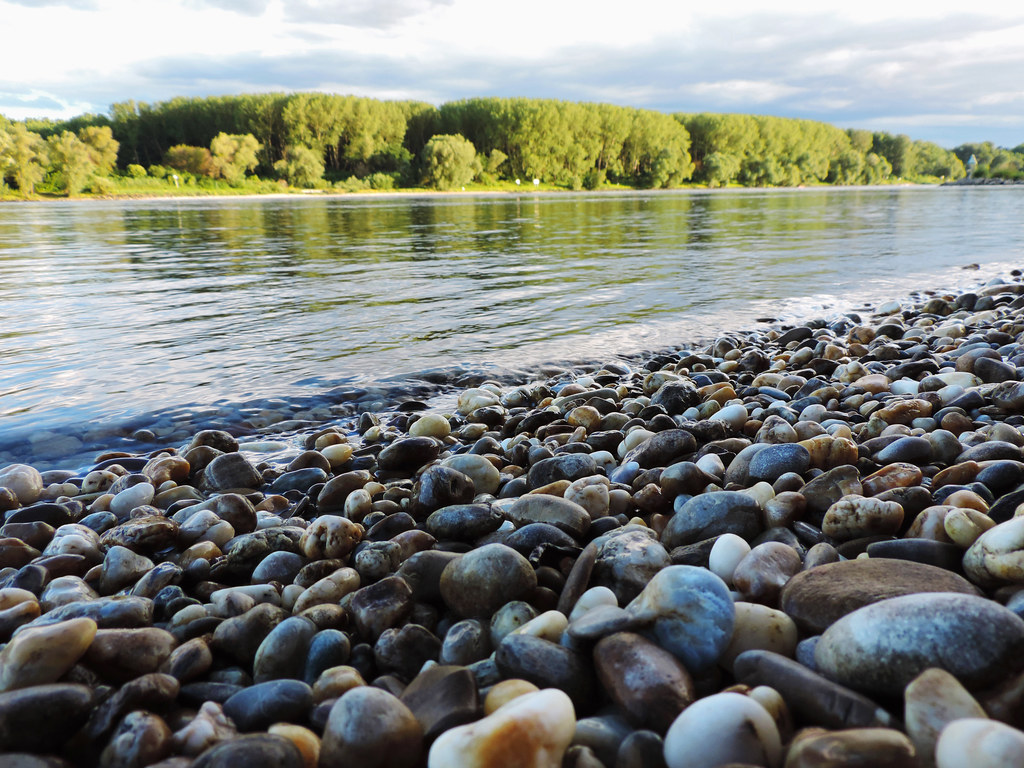 Austria is famous for the Alps. But high mountains are not the only natural treasures it has. Danube-Auen National Park (Nationalpark Donau-Auen in German) is one of the largest remaining wetlands environment in Central Europe. In the national park, the Danube is still free flowing. It’s home to several rare animal and plant species. Bird-watchers will especially love it!

The visitor center of the park is located in Schloss Orth, a 12th century medieval castle. Inside you can visit the exhibitions about the park, and also get information about the activities, guided walking or boat tours. But you can choose to explore the walking trails on your own, as well. Here are some ideas about where to start. 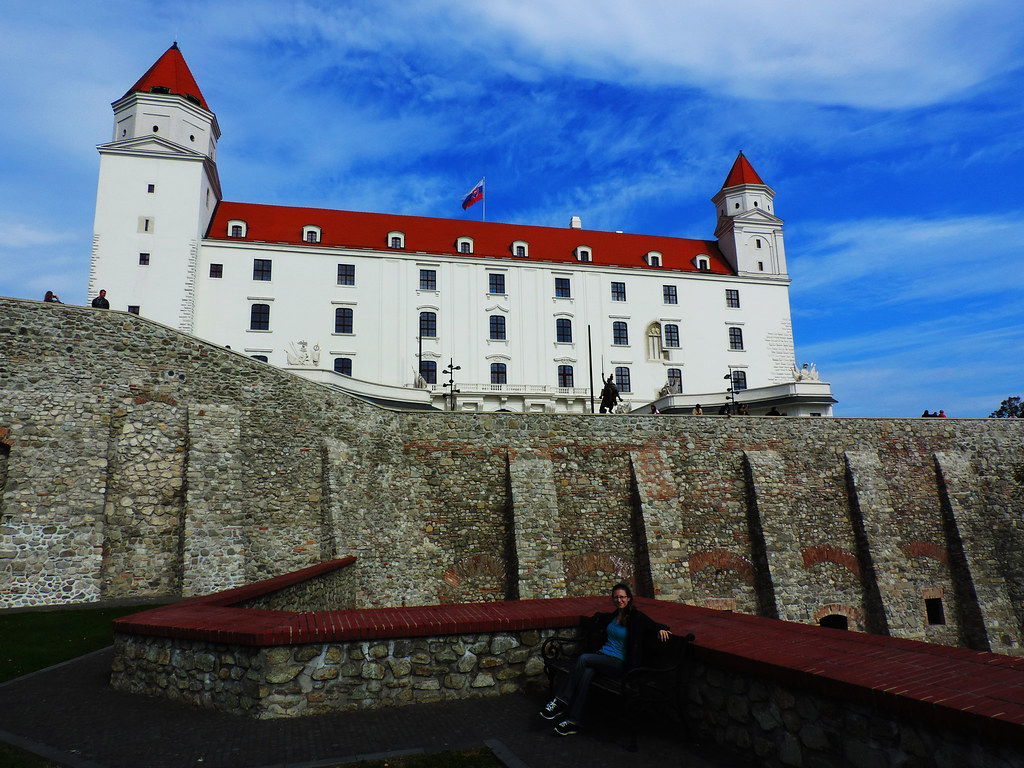 Bratislava, the capital of Slovakia as a day trip from Vienna? We think so. First of all, Bratislava is very close to the Slovak-Austrian border, it’s only an hour drive from Vienna. On the other hand, we think that sightseeing in Bratislava, one of the smallest capitals in Europe could fit in one day. We’ve already written a detailed sightseeing guide to it – click here to read it! 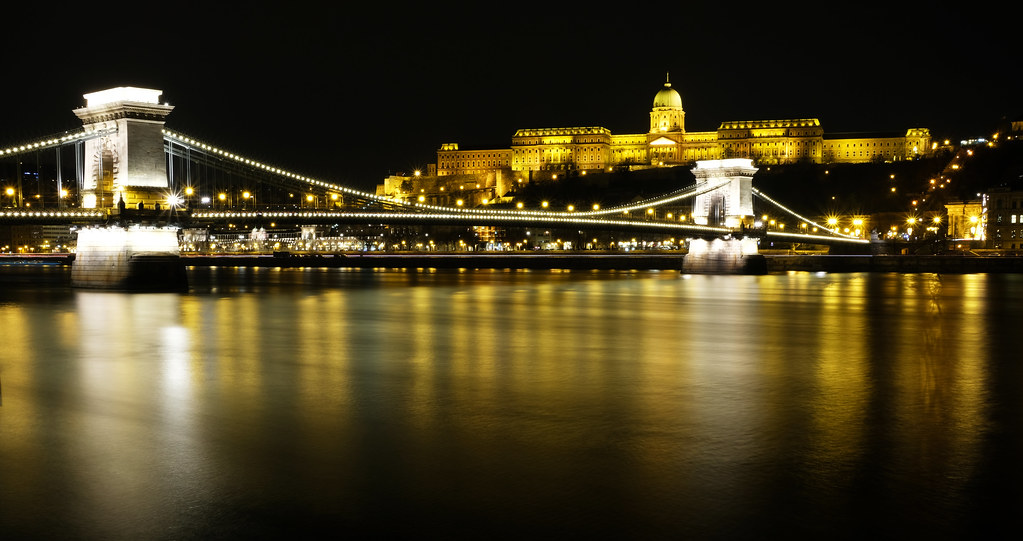 We usually see lots of different day trips advertised while walking around in Vienna’s city center. And there’s one we completely disagree with: Budapest. We don’t think it’s such a good idea to visit Budapest on a day trip from Vienna.

It’s not that close in the first place. It takes almost 3 hours to get to Budapest, then the same to get back. So that leaves you about half a day to actually see the city, and it’s definitely not enough. Budapest offers much more and deserves several days in our opinion. (And not just because it’s our home and we’re biased. Though we certainly are. 😛 ) So it’s rather a great next stop after Vienna on a Central European road trip than just a day trip from Vienna.

Have you been to Vienna? Any other nice day trips you’d add to our list?