Our Best Christmas Market Moments Of 2017

Our Best Christmas Market Moments Of 2017

Christmas markets are the best attractions to experience in Europe if you visit in December. They have a long tradition in most of the countries and visiting them means seeing wonderful European old towns dressed up in Christmas lights. They feel like a month long street festival. They smell like mulled wine and chimney cake. Who can resist that? 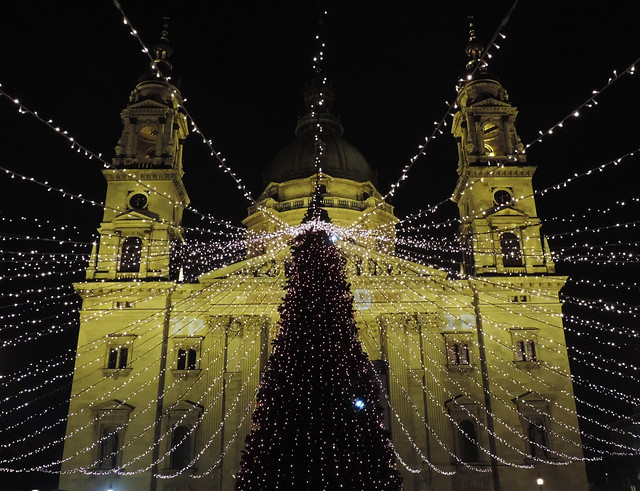 We are lucky to live in a vibrant city that offers a variety of Christmas markets: Budapest. We never miss the chance to explore them and we are ever more excited to venture out to other cities to visit their Christmas markets, too. Vienna is an eternal favorite. But this year we drove to Prague for a weekend. Here are our favorite moments from this year’s Christmas market season… 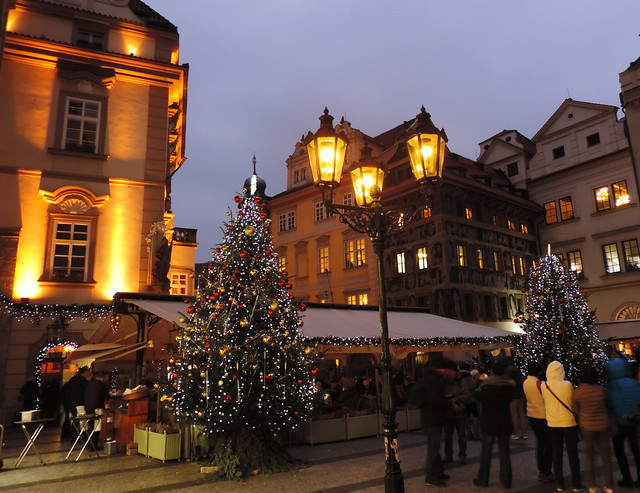 Prague is always magical. It’s one of our favorite cities in Europe. Of course, Christmas has its own vibe on the narrow streets and old squares. 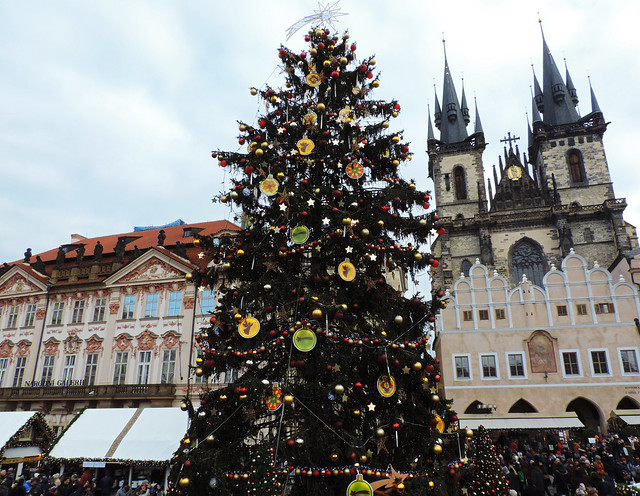 Tasting all the different kind of chimney cakes

Chimney cakes have always been part of our Christmas market experience. They have their tradition in Hungary, too, but Prague spoiled us with the best chimney cakes we’ve eaten and the greatest variety of flavours and fillings to choose from. Traditional cinnamon or walnut flavour, chocolate or eggnog or blueberry or caramel filling… The more we tried the harder it is to pick a favorite flavour. 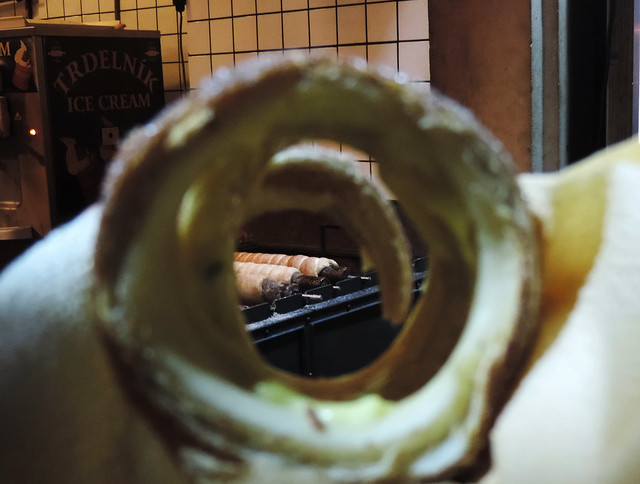 Chimney cake is a sweet pastry that looks like a tunnel and it’s not what you typically bake at home. It’s what you typically buy at street festivals. Like a Christmas market. It’s called kürtőskalács in Hungarian and trdelník in Czech. Important words for survival. 🙂

We’ve seen the nicest nativity scene at the Prague Castle, right by St. Vitus Cathedral. It was made of straw, no parade of colors and shiny decorations. It just stole our hearts with its simplicity and loveliness. 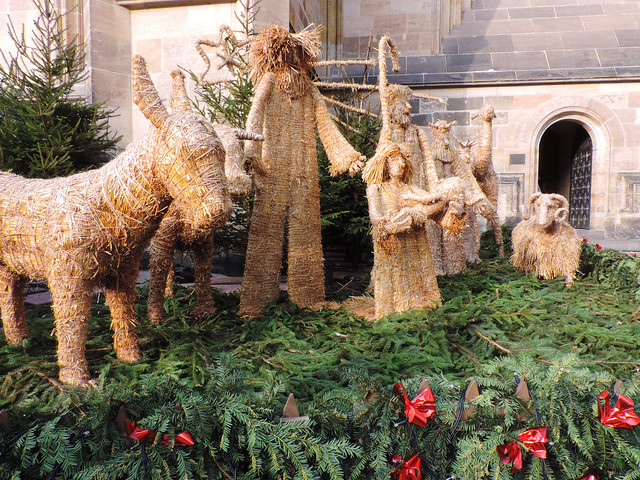 One of our favorite spot in the Budapest Christmas markets was St. Stephen’s Square. The basilica is a magnificent building anyway and now there’s a huge Christmas tree in front of it. But the most special thing is the light show played on the facade of the basilica every half an hour after dark. 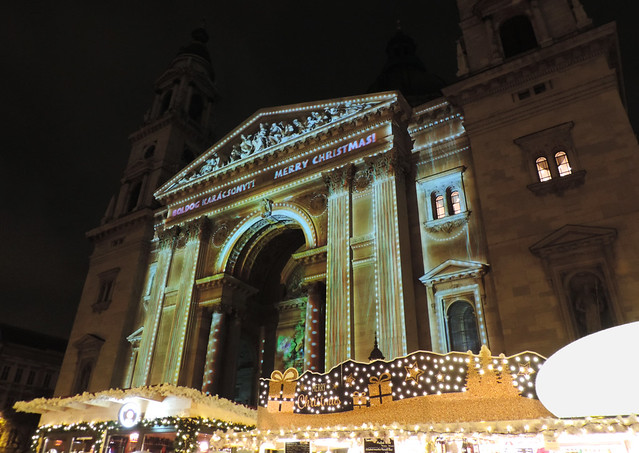 Christmas tree in front of the Parliament, Budapest

There’s no Christmas market in front of the Parliament but there’s a giant Christmas tree, the “official” Christmas tree of Hungary. Well, this sight was definitely worth a walk even on a chilly night: 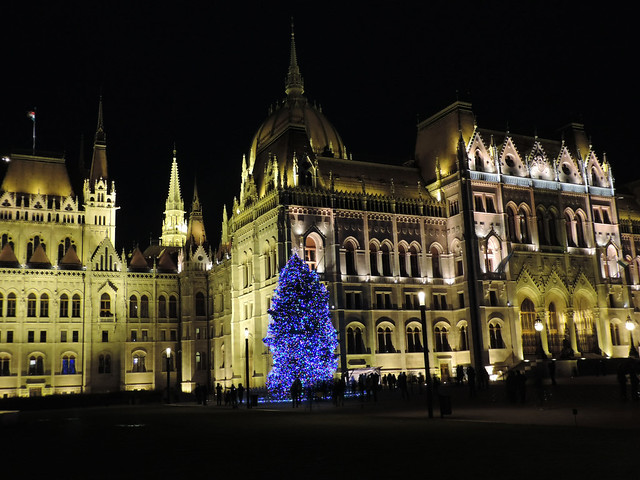 All the pretty lights in the center of Budapest

Since it gets dark around 4:30 pm in December, it means plenty of time to enjoy the squares, avenues, buildings decorated with pretty lights. St. Stephen’s Square, Vörösmarty Square, Váci Street, Deák Ferenc Street (the “Fashion Street”), Kossuth Square and Andrássy Avenue were our favorites. 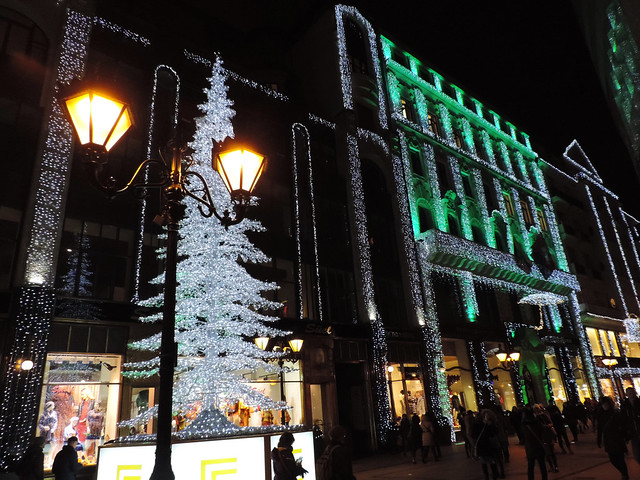 This is where we live in Budapest and the Christmas market is just a 10 minutes walk from our place. It’s not as big as the ones in the center (not as expensive either) but that’s what we liked about it. A small, but beautifully decorated Christmas market. Not crowded since mostly locals visit it. And it feels like home. It is, actually. 🙂 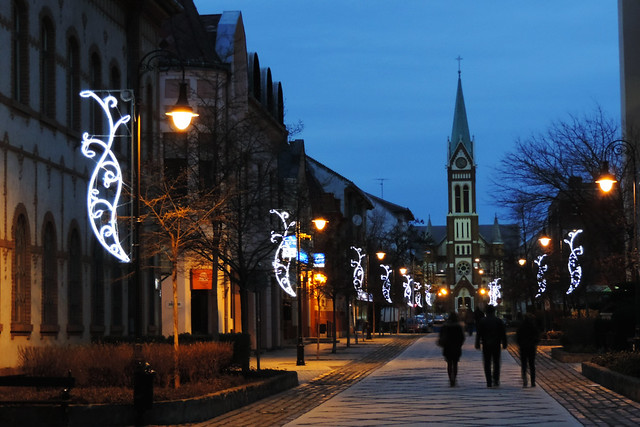