Moody weather, summer fog, large waves, rugged coast, fascinating views, resting seals. Welcome to the beaches of the San Francisco Bay Area! Even though swimming is out of the question not just because of the cold water temperatures, but also because of dangerous currents, we adore these beaches.

We remember many quiet walks in the soft sand, many colorful sunsets. Stumbling upon shy harbor seals lying on the rocks. Finding strange creatures in the tidal pools. Wearing a windbreaker, hah, almost always.

Why do these beaches disappoint? 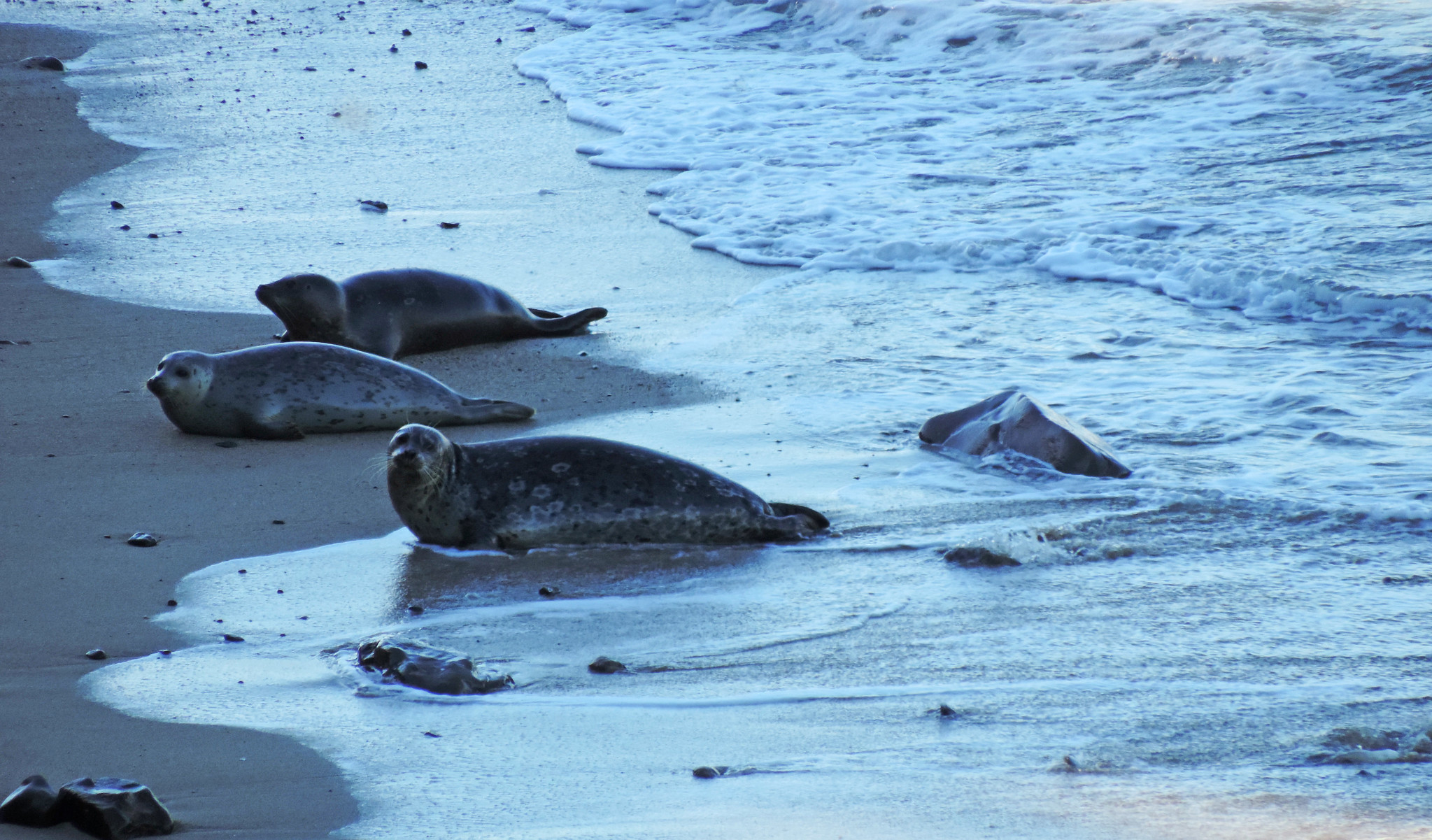 Tourists are often disappointed in the beaches of San Francisco, because they expect beaches from “sunny California”, and instead they get windy, foggy, chilly beaches even in the summer – especially in the summer, actually.

We arrived in the San Francisco Bay Area in June first, and we feel you. Summers on the coast of San Francisco are the harshest part of the year. A blanket of fog can (and will) roll in suddenly and mysteriously any time during the day. Why? Because it stays cool by the ocean, and the high temperatures inland create lower pressure, so the fog is sucked in through gaps in the mountains. Still not happy about it? Well, our advice is: avoid summer then. 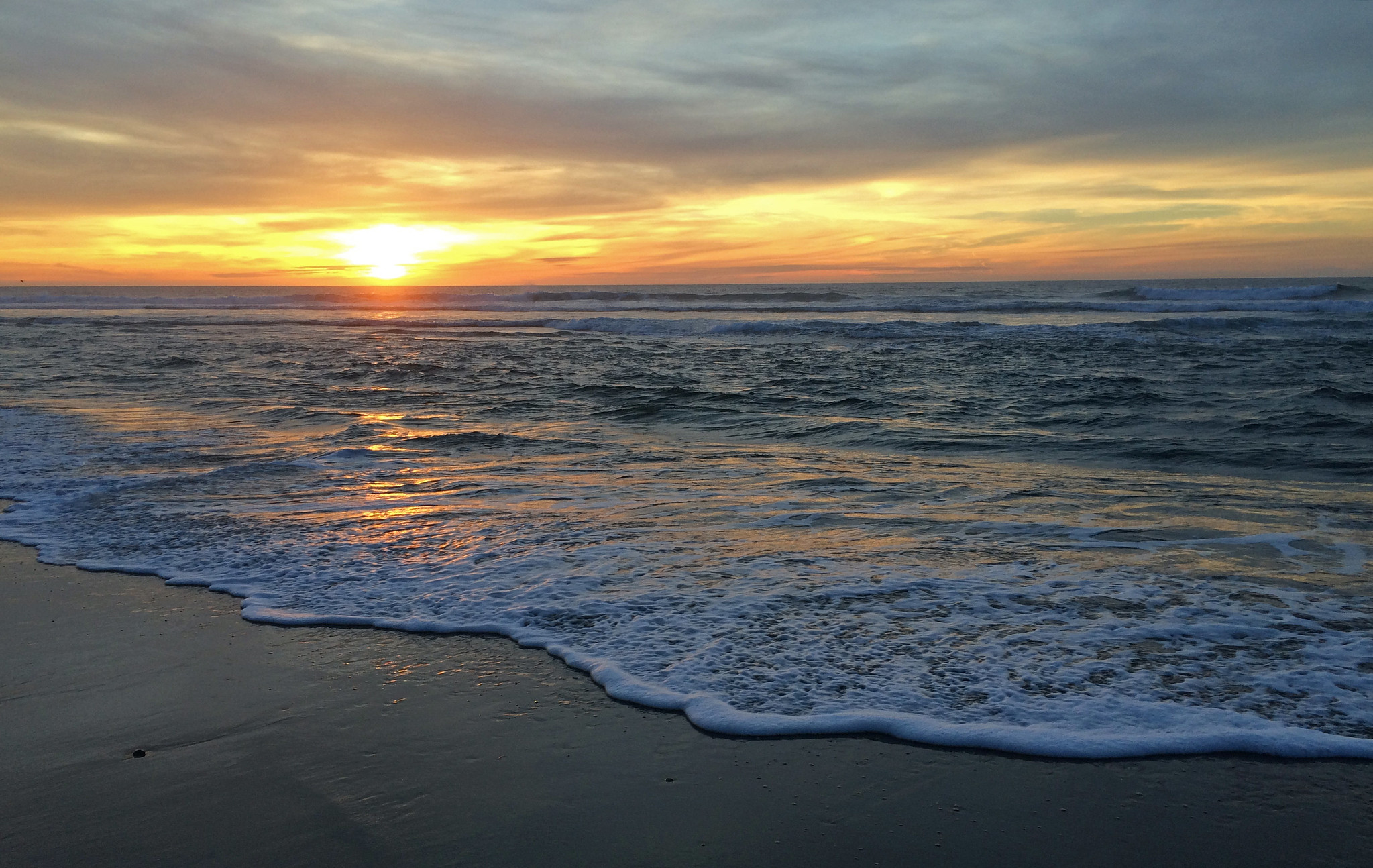 During the year we spent living in the San Francisco Bay Area, we got the most pleasant, sunny weather on the coast from late fall to early spring. Coastal bluff trails are truly delightful in early spring when thousands of wildflowers are in bloom. While it’s true that winter is the wettest month in California, on the days when it’s not raining, you have a high chance of calm, bright weather. And to enjoy that, what’s better than having a long walk on a pretty beach?

Here, we show you our favorite beaches in the Bay Area:

Baker Beach is an average stretch of sand with a world-class background: Golden Gate Bridge and the Marin Headlands. This beach is actually one of the best places to take a picture of Golden Gate Bridge – and also to enjoy the views while strolling in the sand for about a mile. 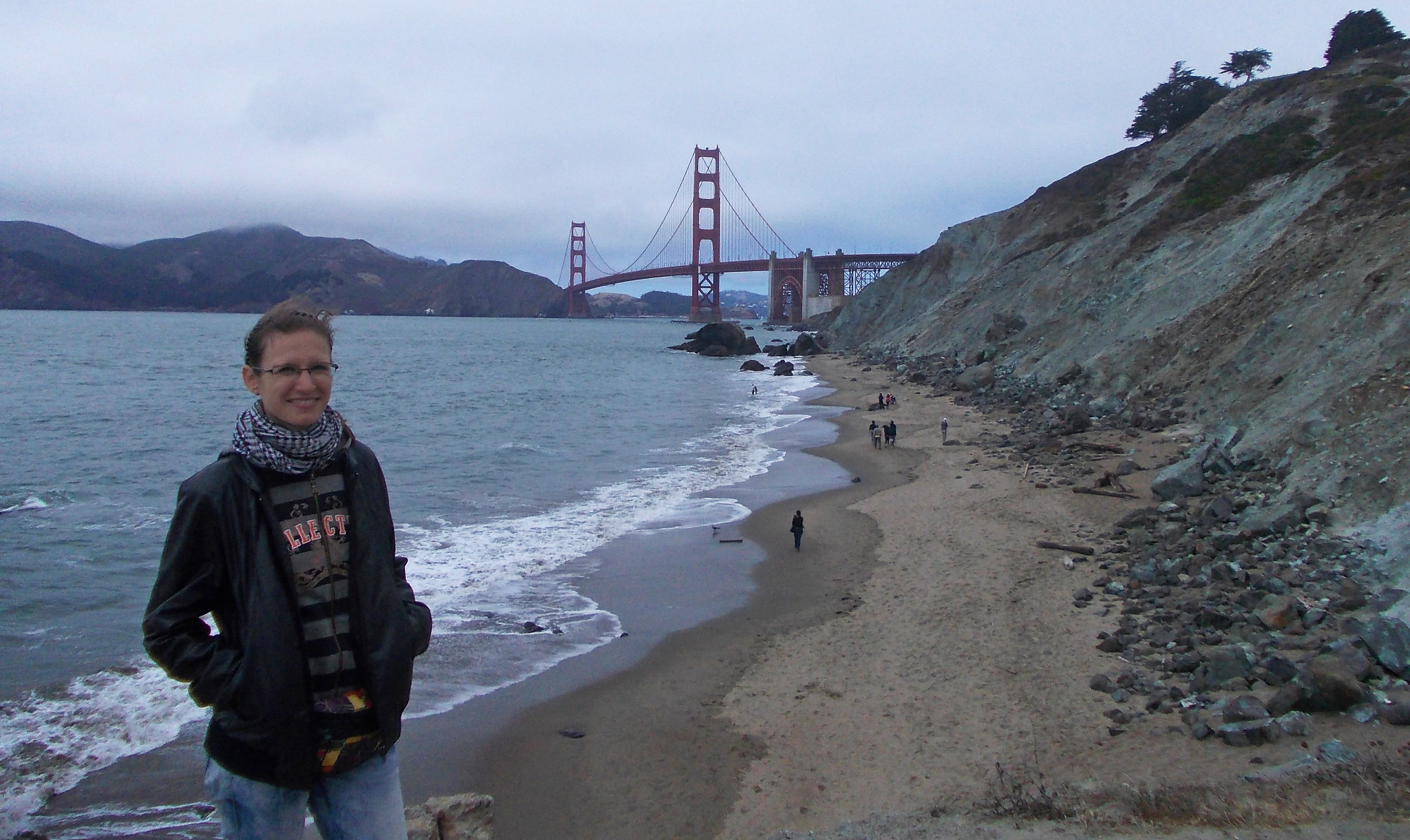 If you’d like to take a short hike, the California Coastal Trail begins just beyond the Battery Chamberlin and ends at the Golden Gate Bridge. If you’d like to swim, don’t! It’s not safe due to rip currents and powerful waves. Admire them while walking on the beach though.

While you usually find sunny pictures about Baker Beach, we intentionally post the first picture we took there in June (almost 7 years ago), not long after we arrived in the San Francisco Bay Area. Just to give you a taste of San Francisco summer. 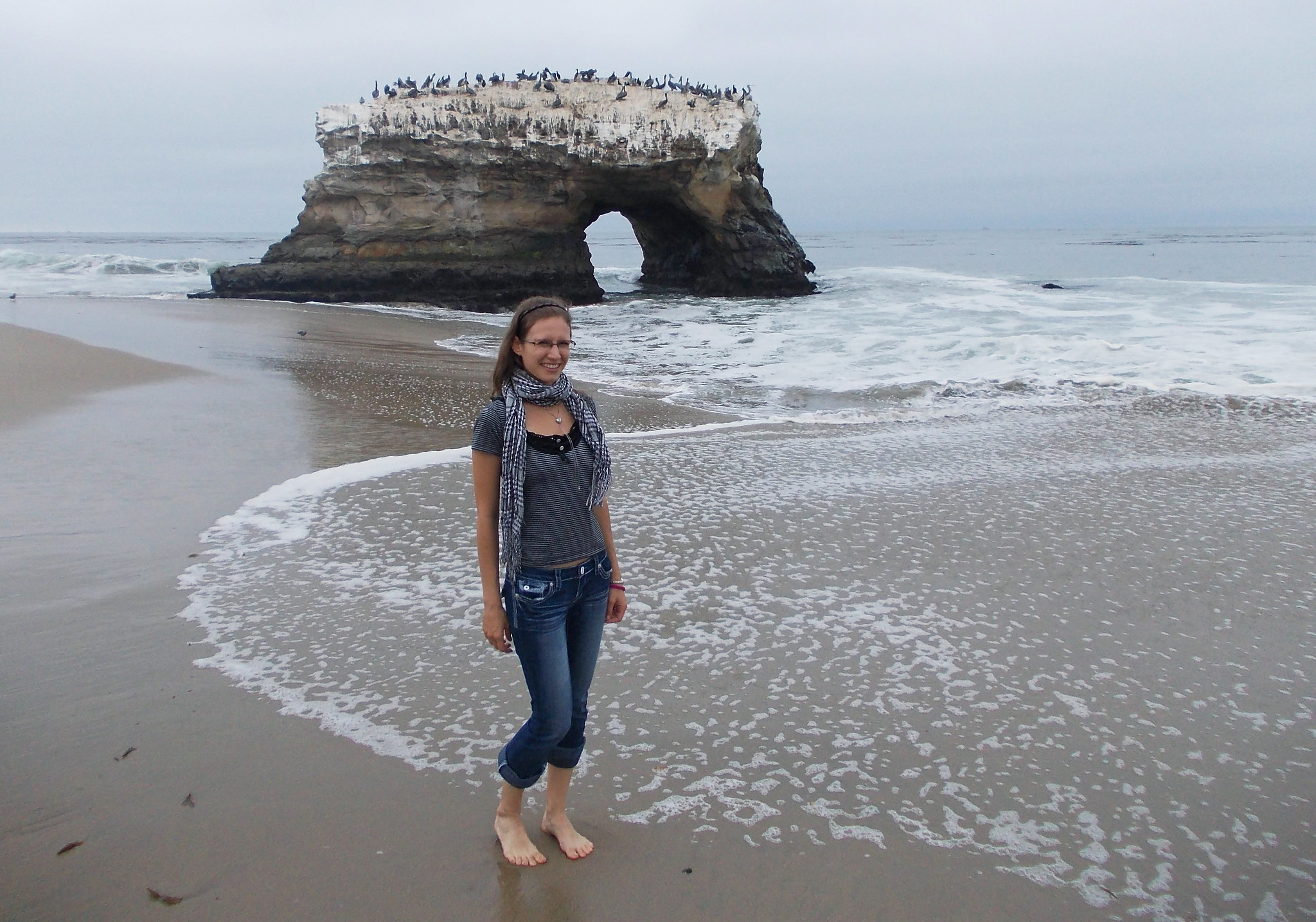 Strictly speaking, Santa Cruz is not part of the San Francisco Bay Area, but sometimes it’s included. We’re including it now, because it has spectacular beaches, from which our favorite is Natural Bridges State Beach. As its name suggests, there’s a natural bridge across a section of this beach, carved by the powerful waves, and it’s a very pretty sight. Originally, the beach was named after three arches like that, but two of them already collapsed.

Tide pools at this beach are among the best ones in California. They’re part of the Monterey Bay National Marine Sanctuary, and we could catch a glimpse of urchins, sea stars and crabs while exploring them. However, this is only recommended at low tide, and you should never turn your back to the waves. 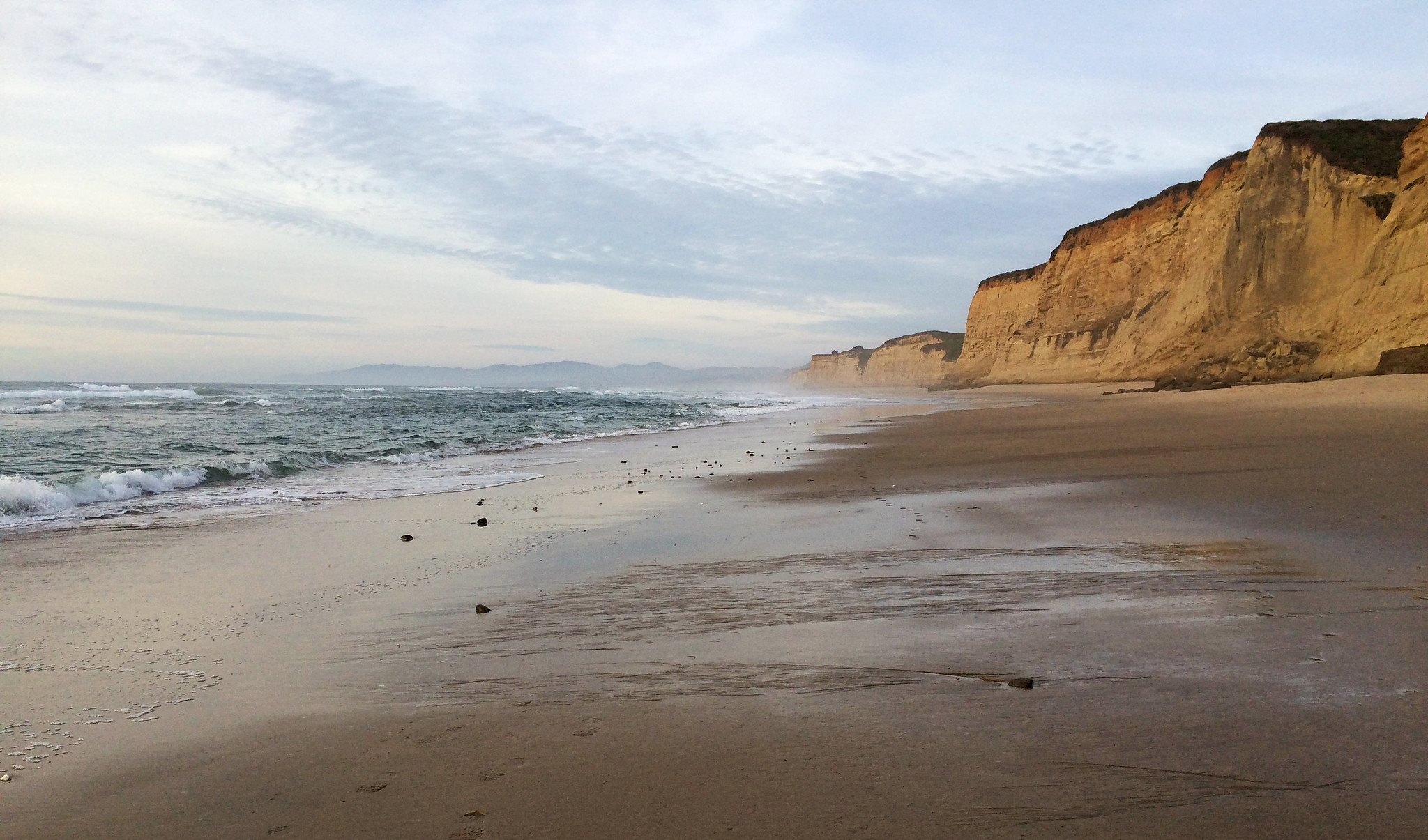 One of the most tranquil beaches in the Bay Area. Located only a short drive away from Half Moon Bay, it impresses with fine, golden sand, sand dunes and rocky ocean bluffs. With amazing sunset views, too!

We bumped into a group of harbor seals resting on the cliffs. Also, blooming wildflowers on the ocean bluffs are very pretty in early spring. Surprise, swimming is usually not advised due to extremely cold water temperatures and dangerous ocean conditions.

Pescadero Marsh Natural Preserve is right behind the beach, and it’s a great spot for bird-watching. 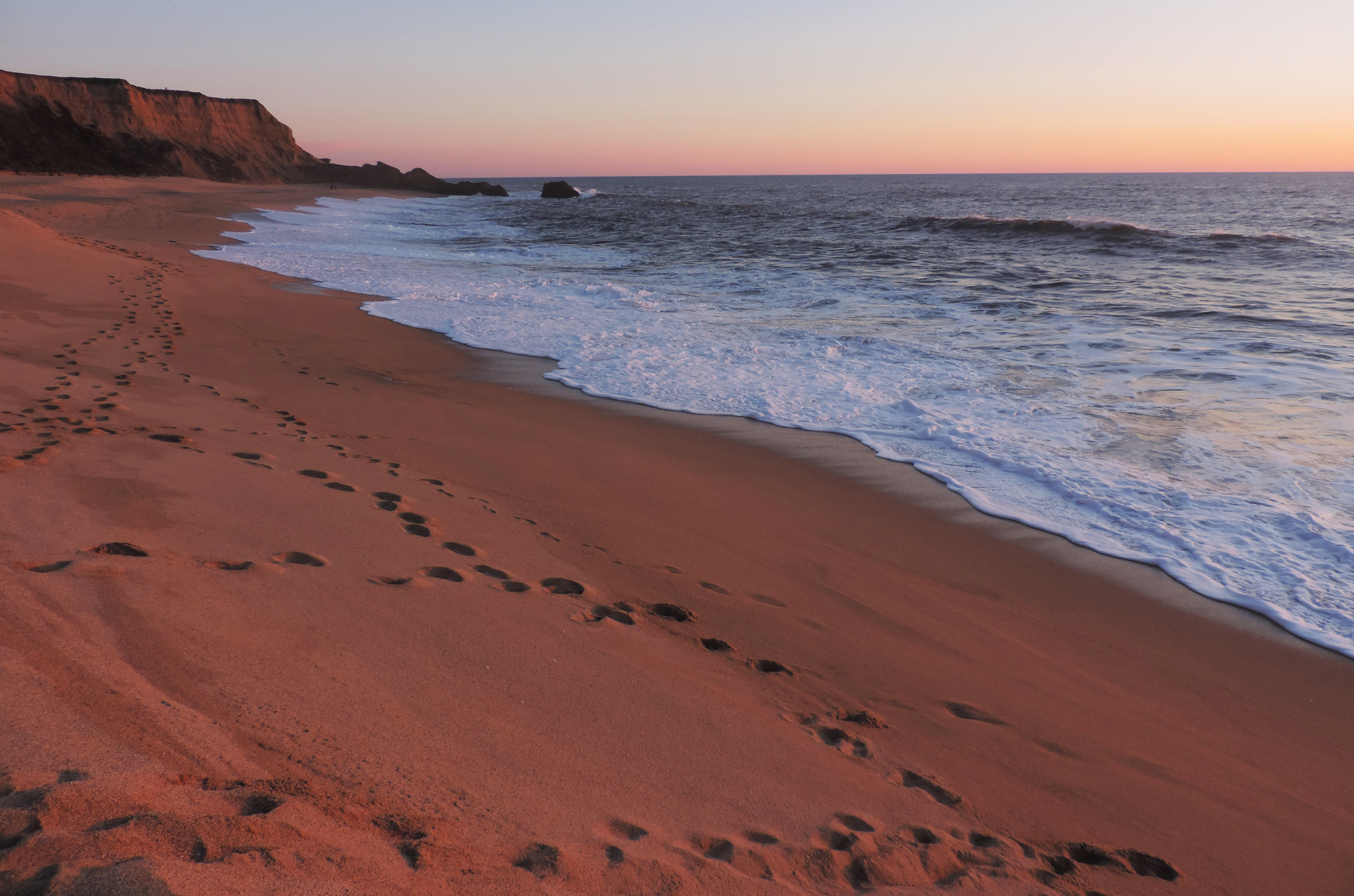 This beach is the trickiest to find, but it’s worth the effort, because it’s a real hidden gem. While driving south of Half Moon Bay on California 1, watch out for a small parking lot by a yellow gate. The trailhead for Cowell Ranch Beach is indicated there, and the beach is past the farmland.

It’s a 15 minutes long walk on a short bluff trail to reach the coast, then wooden stairs take you down to Cowell Ranch Beach. It’s backed by high cliffs, and the golden sand and the powerful waves make it quite a photogenic beach.

There’s another beach south of the bluff trail that’s not accessible, but you can take a look at it from the trail, because it’s a seal preserve. 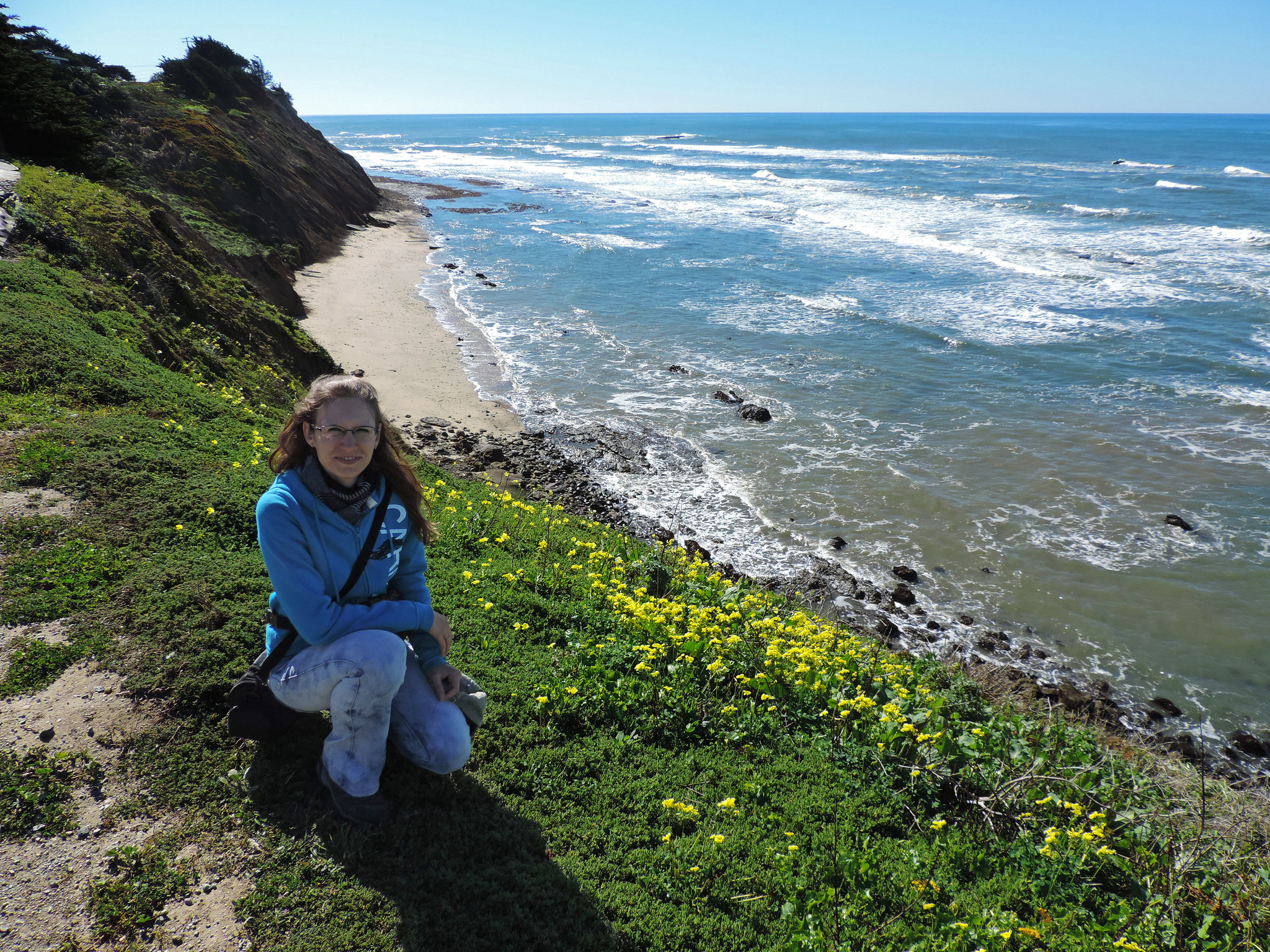 Half Moon Bay State Beach offers coastal trails that lead to nearby, more hidden beaches. The most special of those is little-known Moss Beach below the eroding bluffs. A well-worn footpath follows the bluff which is the most beautiful during early spring blooming. A steep path takes you down to Moss Beach, but don’t be surprised that it almost completely disappears at high tide.

From Moss Beach Distillery, head north on the Bluff Trail. It treats you with amazing sea views as you walk under the old cypresses and eucalyptus trees. Keep your eyes open for seals on the beaches below. 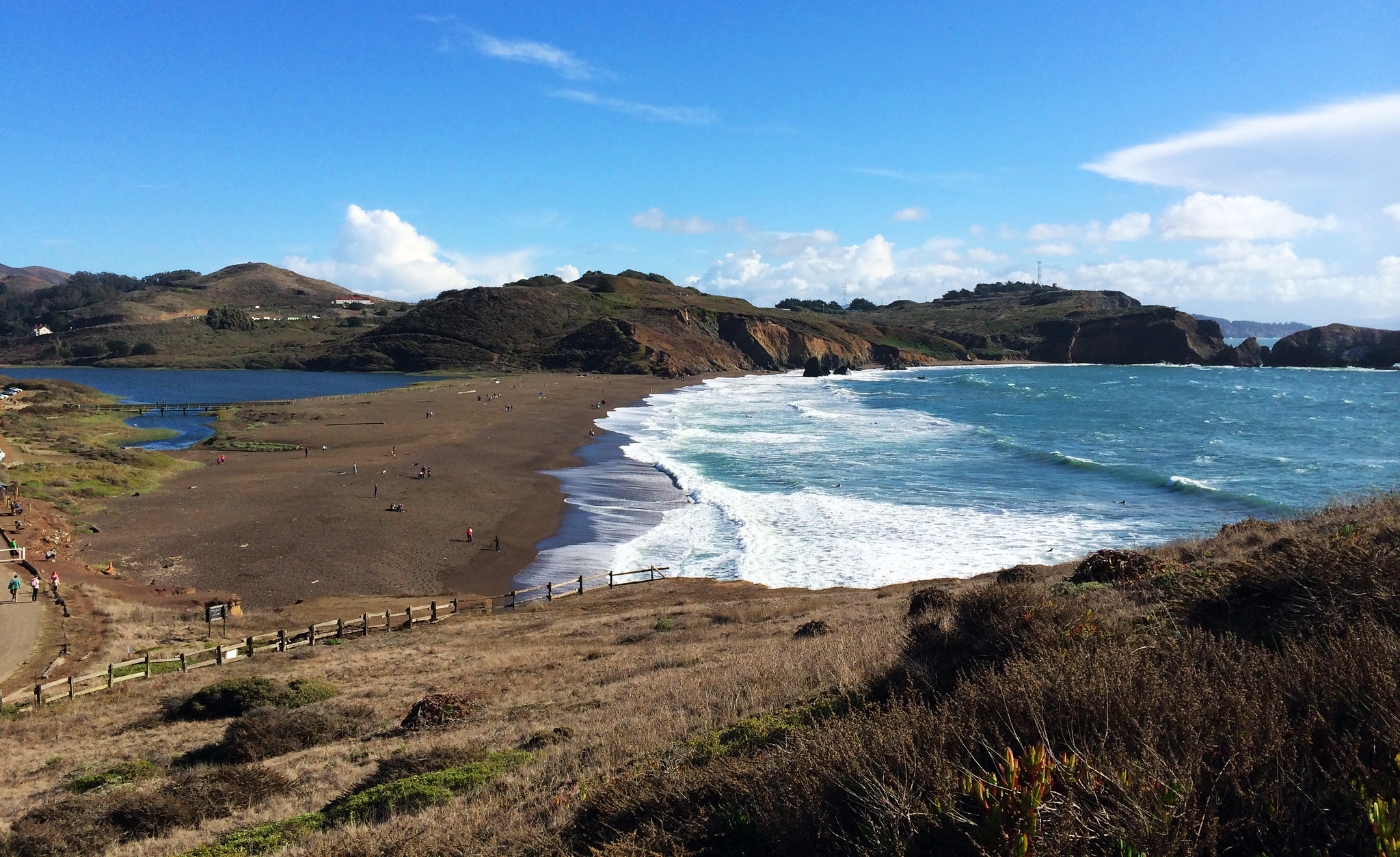 North of San Francisco, the Golden Gate National Recreation Area offers scenic coastal trails and wonderful beaches. Rodeo Beach is unique because of its red and green pebbles. There are picnic areas overlooking the beach, and also along Rodeo Lagoon behind the beach. Several species of birds find shelter in the shallow wetlands of this lagoon.

Rodeo Beach is popular among surfers, but swimming is not recommended. Conditions are often ideal for kite flying though (hell, it’s windy! :D).

Rodeo Beach is a starting point for several trails, from which our favorite is the coastal trail to Point Bonita Lighthouse. It rewards with pretty ocean views and a distant, but astonishing view of Golden Gate Bridge and the Bay.

It’s your turn, what did we miss?