We found our paradise in Southern Dalmatia on a tiny green island called Mljet. We were amazed by its untouched nature and the fascinating beaches have their fair share in our adoration. So let me take you to summerland and share our 5 massive reasons to love Mljet. 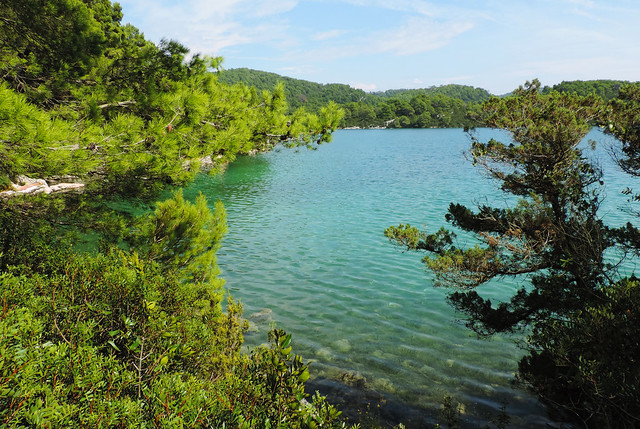 There are two salt lakes filled with seawater on Mljet. They are surrounded by the lush green Mediterranean pine forest covering most part of the island and their water is more pleasant than the open sea. One of them is Malo Jezero (Small Lake) and this is our favorite.

The reason is that it was just us and the breathtaking nature there. Malo Jezero can’t be accessed by car but there are walking trails from Veliko Jezero or from Pomena that give access to the lake. Don’t let this discourage you at all as the trails are pretty and easy and it takes only 15-20 minutes to reach Malo Jezero. We also walked around the lake on a loop trail. Basically the whole lakeshore is a beach itself separated by cliffs and trees so everyone could find their own little hideaway. 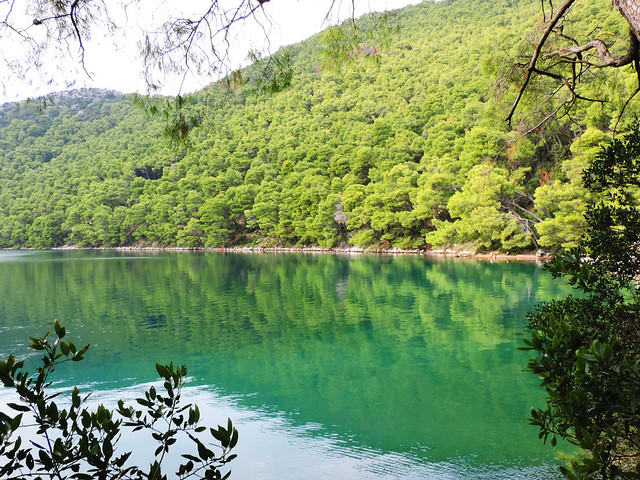 Veliko Jezero (Great Lake) is the larger of the two salt lakes and it’s also the busier one. But don’t imagine hordes of tourists there, it’s still not a busy place – only if we compare to Malo Jezero. (Uhm.. probably we also need to mention that we were there in the beginning of September. July and August are crazy crowded everywhere in the Mediterranean. If you know exceptions we would definitely be interested. 😛 )

Veliko Jezero can be accessed by car and there’s a loop trail around it as well. There’s a small island called St. Mary on the lake (island on the island, hm?) and scheduled boats run every day to give access to it and its Benedictine monastery. 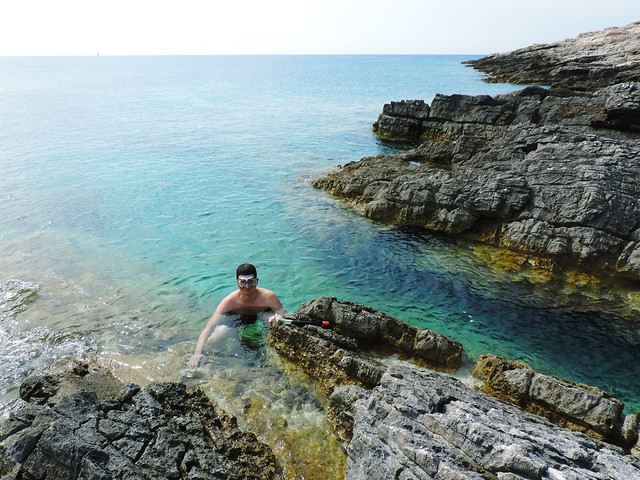 Our next favorite is not a particular beach. It’s all of the bays and hidden coves along the coastal trail in Mljet National Park. Or any of them we were able to find. Whatever you like.

Don’t expect sandy beaches though because they’re something even better than that. At least if you like snorkeling. And the million shades of azure and turquoise. The contrast is even prettier with the white coastal cliffs. It was love at first sight. And we jumped into the water as soon as we picked our perfect cove. Just be careful with the rocks, some of them are sharp. But the water is very deep even right by the shore so it’s just one or two steps on the cliffs til you are in… 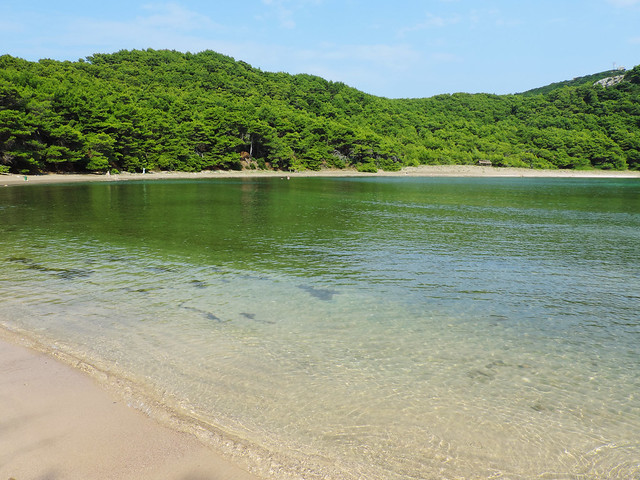 While the salt lakes and the national park are in the western part of Mljet some perfectly sandy beaches can be found at the eastern shore. We know of 3 and the least known is Blace Beach. Blace Bay is somewhat hidden because there’s only a dirt road leading to the beach from the small village of Saplunara.

We actually parked our car in Saplunara at the end of the paved road and walked 15-20 minutes on the dirt road to Blace Bay. Our reward was a quiet, protected bay where the beach is sandy and the water is shallow. Blace is one of the few beaches in Croatia where you can have a romantic walk in the soft sand. (Croatian beaches are typically rocky or pebbly.)

However if you walk (or rather climb) out of the bay on the cliffs you can jump into the open sea. Water is very deep outside the bay. But it didn’t took us long to find a somewhat sheltered cove to get into it. We used it as our private beach from then. 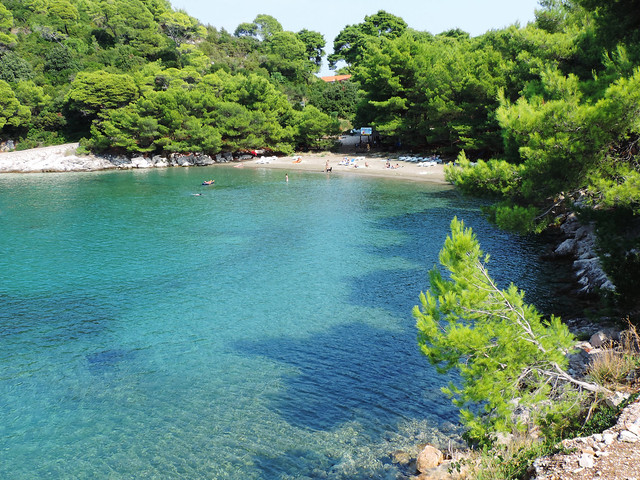 Finally, we can’t miss Saplunara. We didn’t spend much time there but we had a short swim on our way back from Blace Beach. Saplunara Beach consists of two small, sandy bays and it’s located in the village that is also called Saplunara. These two bays were the most crowded beaches we’ve seen on Mljet but that was mainly because of their small size.

How crowded are the beaches? 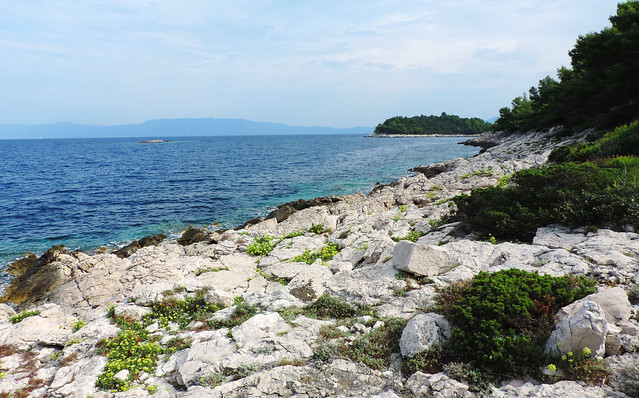 We visited Mljet in the first week of September and that’s actually our favorite time to visit any destination in the Mediterranean. It’s already not high season but we still have a high chance for perfect beach weather. Beaches in Croatia (especially in Southern Dalmatia) can get very crowded in July and August. Try to reach the water without stepping onto some else’s towel on the beach. It won’t be an easy task – that crowded.

We are not sure how crowded Mljet is in the high season but we found it a peaceful place in September. While exploring the trails of Mljet National Park and the stunning beaches on the island we were often alone or almost alone in paradise.

Do you have a favorite island? Is Mljet on your list now?