Paris has a world famous cathedral Notre-Dame which is definitely there on everyone’s itinerary when visiting Paris. And it is impressive! We expected it to be impressive and it didn’t disappoint. But the real surprise for us in terms of beautiful churches in Paris was Sainte-Chapelle.

Sainte-Chapelle is located on the same island (Île de la Cité) as Notre-Dame and it’s not even a church, just a chapel. But a royal chapel and a stunning one!

Why has Sainte-Chapelle impressed us? 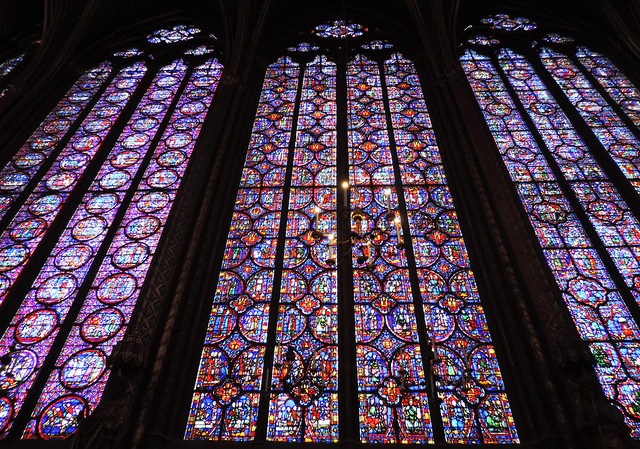 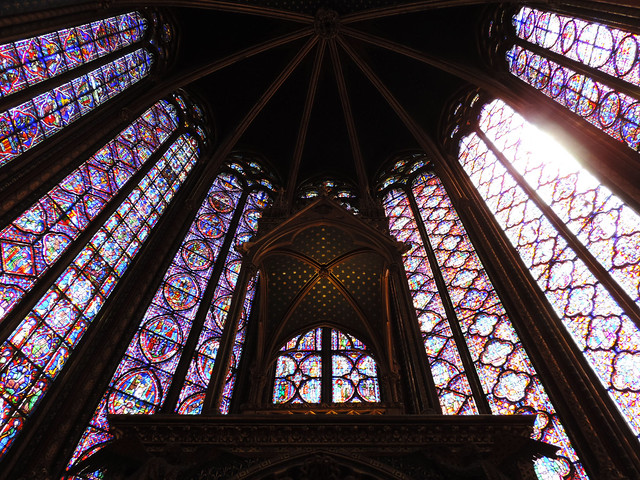 It’s quite hidden and it can only be accessed (and seen) from an inner yard – the courtyard of the former royal palace which is now part of an administrative complex. Sainte-Chapelle was the only church in Paris where we had to pay entrance fee, but it was absolutely worth it.

And the real magic happened when we entered the chapel and felt like we are inside a rainbow. It seemed like the whole chapel is built from beautifully colored glass mosaics which came alive as the light beams shined through them. We were almost right: the colorful windows are 15.5 meters high while the ceiling is 20.5 meters. 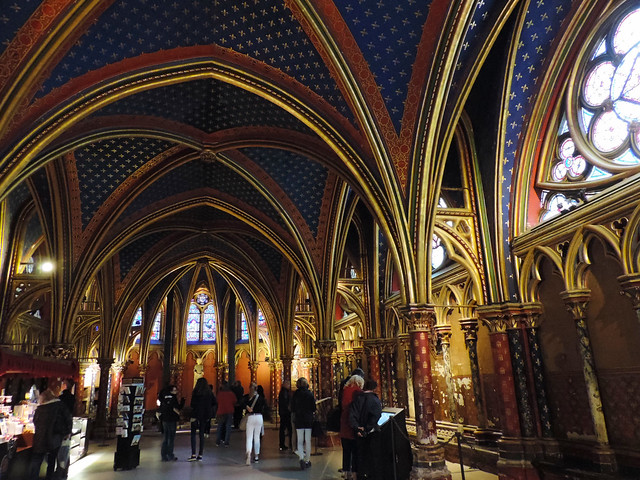 The stained glass window inside Sainte-Chapelle is actually spreading over an area of 640 square meters and it has one of the most extensive 13th-century stained glass collection in the world. It is incredible how all the shapes are different for every window. And every piece of glass tells a different story from the Bible. Even the remaining wall surface which is not stained glass is richly coloured. 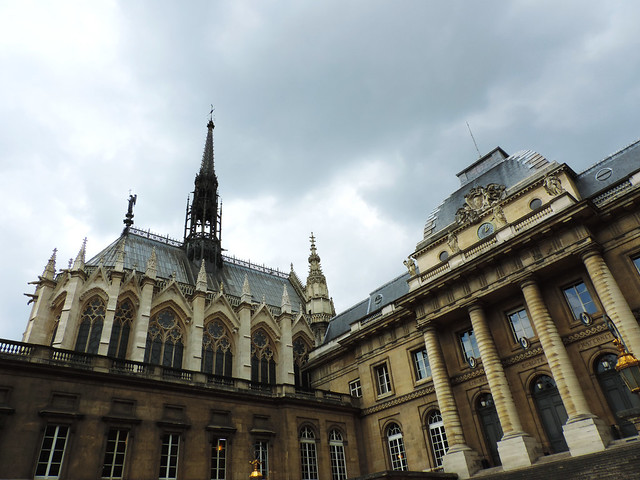 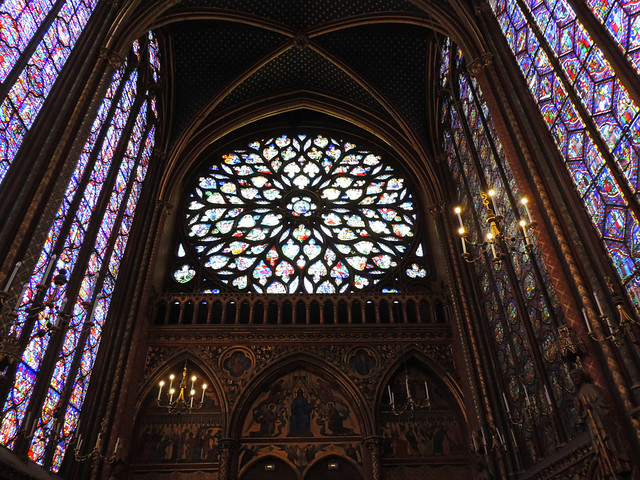 Sainte-Chapelle is a Gothic chapel built from 1238-1248 for King Louis IX of France to house his collection of Passion relics. It stands upon a lower chapel which served as parish church at that times.

No designer is named in the archives concerned with the construction of Sainte-Chapelle, there’s only assumptions even today. One thing is for sure though: no picture can express the real beauty of this place especially if you visit on a sunny day!

Have you ever been to Paris? Did you find Sainte-Chapelle?