I remember a giant hall. The ceiling disappeared in the darkness. There were tiny lights and a huge blackness around us. We walked in silence and awe. Suddenly we came to a halt. We saw a deep ravine and a narrow bridge and we heard the sound of water but it was so deep down we couldn’t see it.

Does this description remind you of anything? Any Lord of the Rings fans here? That’s fine, here we are. We haven’t expected to find Moria especially not so close to our home. But we did. In reality it’s called Skocjan Caves and it’s located in Slovenia. Is this hard to believe? Okay, it’s a lie. We doubt this cave has anything to do with Moria other than we felt like being in Moria during our visit. But that’s actually enough for us. And that’s why we like caves. They are mystic. They are fascinating. They make us feel we are part of a legend. How about cave castles? Yes, they exist and now we don’t lie.

Let us show you 7 of our favorite places that we found under the ground while exploring Eastern Europe. Shall we start with Moria? We thought so. 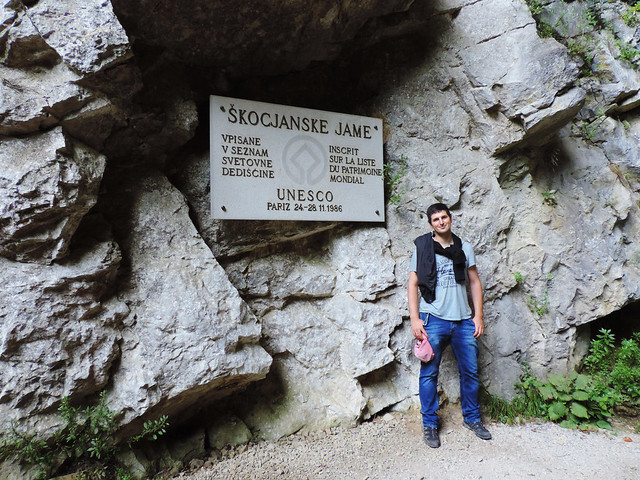 Huge and magnificent Skocjan Caves (Škocjanske jame in Slovene) contain the largest known underground canyon in the world! We walked through giant halls embellished with karst formations and a narrow bridge over the canyon. Continuing along the canyon we even saw some smaller underground waterfalls. And all the way we felt so small. No wonder Skocjan Caves are a UNESCO World Heritage Site and our favorite cave in Eastern Europe. It had surprises even after we finished our visit: we could hike back to the cave entrance right by the lovely waterfalls that go into the cave. 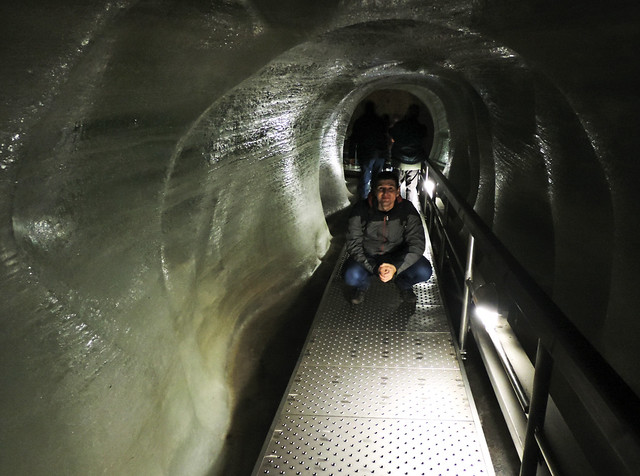 The first and only ice cave we’ve seen so far is Dobšinská Ice Cave (Dobšinská ľadová jaskyňa in Slovak), another UNESCO World Heritage Site. It’s one of the wonders of Slovak Paradise National Park (quite an appropriate name by the way)  and it’s located at an unusually low elevation: only 920 to 950 meters. The ice cave is not very big but it’s a nice and fun walk. Of course, could an ice cave be anything but fun?

The 712 caves of Aggtelek Karst and Slovak Karst are spectacular. While Dobšinská is the only ice cave there the true specialty of this cave system is its breathtaking dripstone caves. The most famous is Baradla-Domica Cave complex that is actually on the border of Hungary and Slovakia. Both caves (actually, it’s rather one cave with two names) are full of beautiful dripstones and other interesting karst formations. 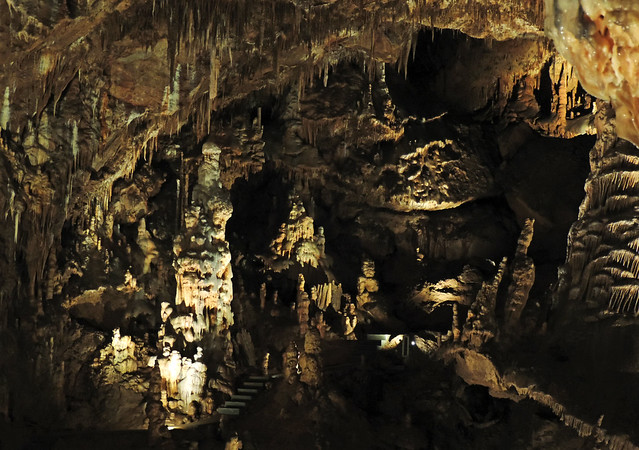 Baradla Cave offers different visiting routes from two entrances in the Aggtelek National Park in Hungary. This is the cave we’ve visited the most times in our lives starting with school trips and family trips as children and then we went back again several years later together. We’ve tried all the different visiting routes by now except the adventure route (strictly for non-claustrophobics… that excludes me). There is a reason it’s Hungary’s most famous and popular cave! 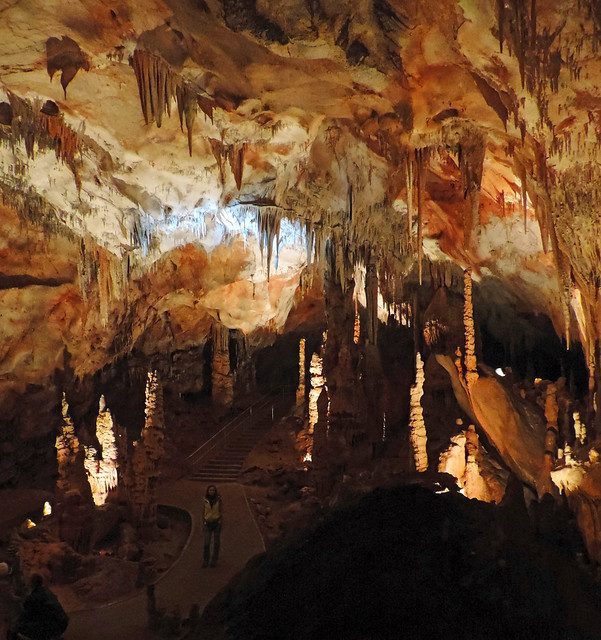 Only about 10 minutes drive from Aggtelek there’s the entrance of Domica Cave (ooops, we crossed a border in the meantime but no worries, it’s within the Schengen Area). It’s much smaller but just as breathtaking as Baradla and it has an underground river called Styx in addition. Is the name familiar? Styx is a famous name from the Greek mythology: it’s the name of the river that’s on the boundary of Earth and the Underworld. Someone naming the river in Domica Cave tried to be very funny.

We loved all of our guided tours in Baradla and Domica. Though we didn’t understand a word on the Domica guided tour – because guided tours are only available in the local language (Hungarian/Slovak). You can ask for translator and I’m sure it’s possible to arrange it for groups in other languages. But when visiting as individuals there’s brochures available in English and they do fine. Whatever language you speak you can enjoy the beauty of the caves. 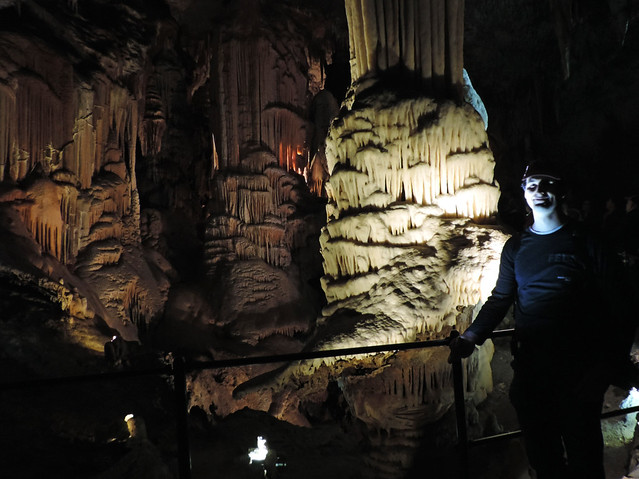 Slovenia is maybe a small country but here’s another giant cave from its Dinaric Karst region: Postojna Cave (Postojnska jama in Slovene). It’s a 24 kilometres long karst cave system and its first section can be visited by train. These tourist trains have been operating since the 1870s by the way and the first ones were pushed along by the guides themselves they say. Today there are electric trains in operation and it was quite a special experience to be taken through the impressive halls full of amazing karst formations.

The second part of the 1.5 hours long guided tour was on foot. It allowed us walking through another bunch of colorful halls at a slower pace while taking closer look at the stalagmites (dripstones that grow from the cave floor), stalactites (they grow from the ceiling) and other unique karst formations. 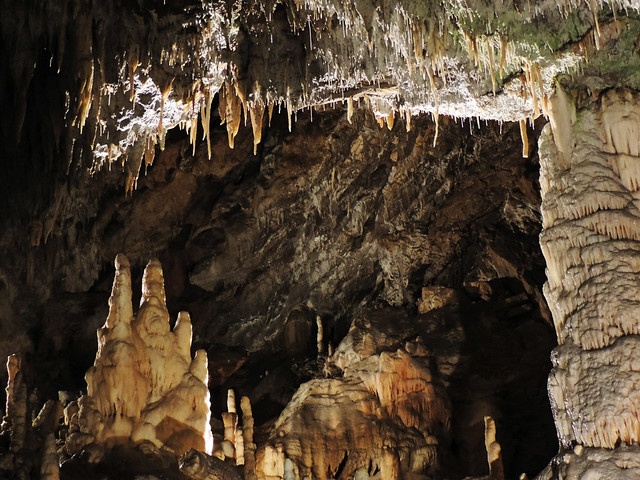 .
Before you ask: we can’t decide whether Skocjan or Postojna is the more beautiful of the famous Slovenian caves. They are different, both are huge and while Skocjan has the underground canyon, Postojna has the nicest dripstone formations. Postojna is probably the largest and most visited cave of the Classical Karst in Europe. Guided tours are organized frequently in several languages but they can easily become full on summer weekends so it could worth booking tickets in advance if you visit in July/August. More info here. 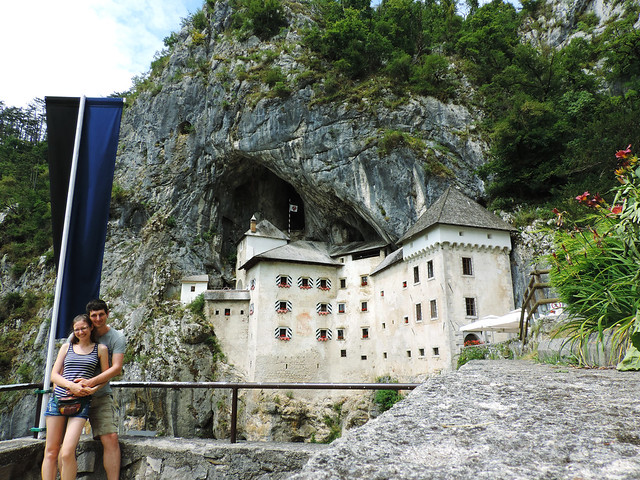 After so many astonishing caves how about a cave castle? Predjama Castle (Predjamski grad in Slovene) is very close to Postojna, there’s even a combined ticket available for visiting both. And this 800 years old Renaissance castle is carved into rock. It’s built on a 123-metres high cliff within a cave mouth and the natural cave and the man-made castle walls complete each other perfectly. A real cave castle – the largest according to Guinness World Records.

And some fascinating legends come with it as well. Visiting Postojna, Predjama and finally Skocjan was a perfect agenda for a long summer day for us. Read more about our experience in Predjama here! 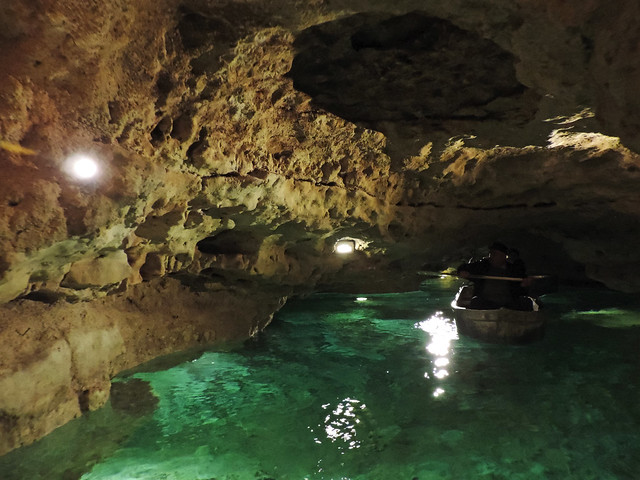 The caves of Aggtelek National Park are definitely one of the most impressive natural phenomena in Hungary. But there’s a much smaller still very attractive and unique cave located in Balaton Uplands National Park. This cave system is hiding under the streets and houses of a small town called Tapolca and its most special feature is that you can visit it by boat. And this tour is not guided, we actually navigated through the caves ourselves. Not a hard task and it’s only about a 20 minutes boat ride. Nice and fun.

Taking a boat tour in the Cave Lake of Tapolca while the lighting system highlights the perfect greenish color of the water was an unforgettable experience for us.  More info about the opening hours and ticket prices here. 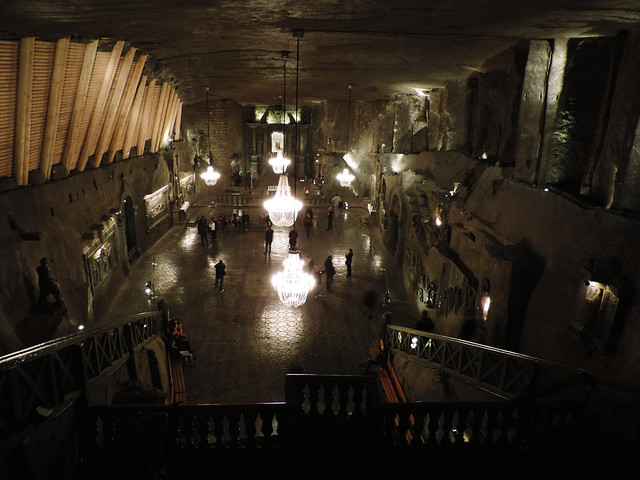 Last but not least an artificial wonder: Wieliczka Salt Mine in Poland. Are you doubtful that visiting a mine could be exciting? We were, too. But it’s a UNESCO site and it’s probably the most popular day trip from Krakow. So why not give it a chance? Of course, it exceeded our expectations in no time. We spent 3 hours under the ground but it didn’t seem that long at all. We walked through pretty chambers and chapels chiselled out in rock salt. We discovered stunning underground saline lakes and unique salt statues as we walked through 3 levels of the mine. It was a perfect ending of our long weekend in Krakow.

The mine is not in operation since 1996 but it hosts more than a million visitors annually. Guided tours are available in several languages, click here for more info. 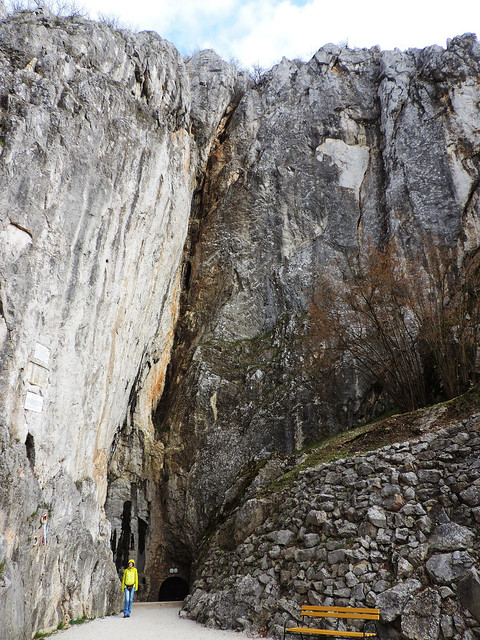 Finally, some useful things to know if you plan to visit these captivating underground sights:

Have you visited any of these places? Or any other that you would add to this list?