We’ve already written about the magical beaches and coastal hikes we’ve found on our first trip to Portugal. But we haven’t mentioned some other highlights, like the cool capital of this country, Lisbon.

The magic of Lisbon 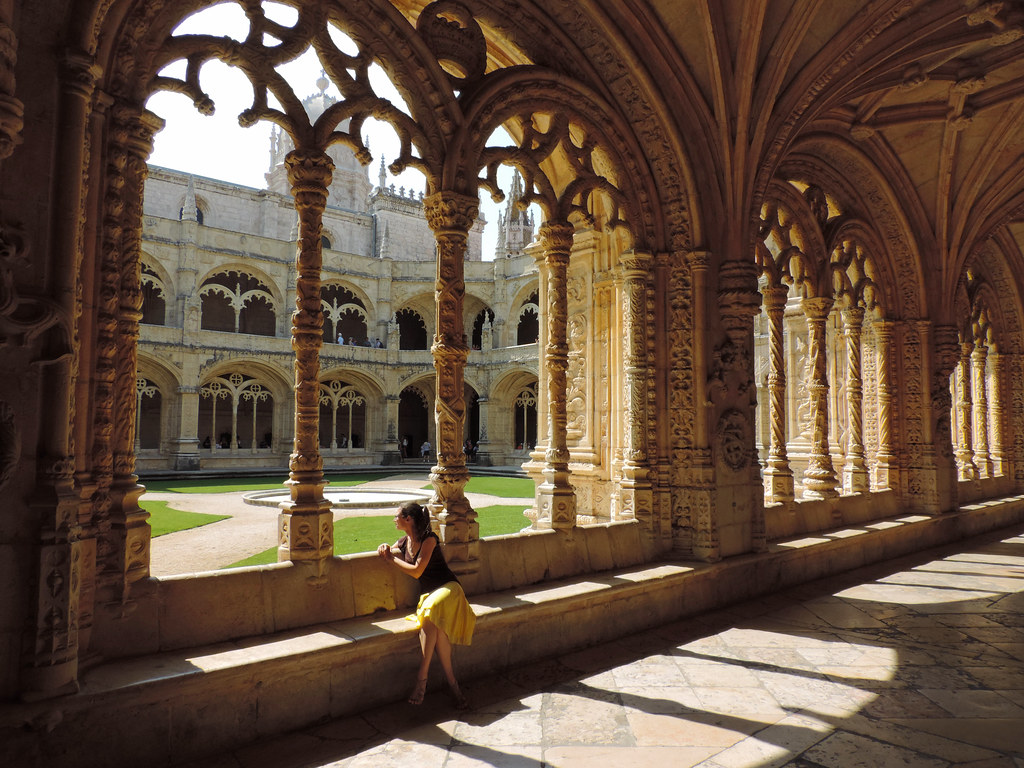 So we arrived to Lisbon, and it was the starting point of our road trip towards the south. Not that you need a car in Lisbon. It would only be a hassle navigating the narrow streets of the city center, and even more of a hassle to find parking. So before we picked up our car, we spent a day exploring Lisbon on foot, occasionally by public transport. 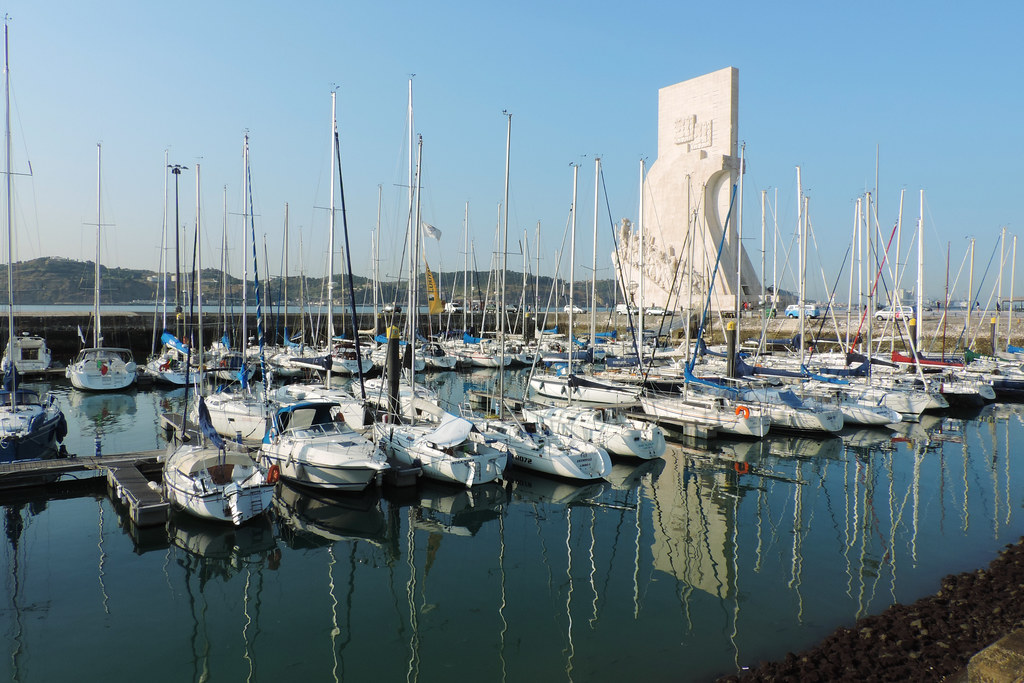 Oh how much we loved this city! Though one day was enough to visit all the sights we wanted, we felt sad to leave. Lisbon is a pleasant, lively city with lots of sunshine and an irresistible Mediterranean charm. It’s one of those cities where we could imagine ourselves moving, sipping coffee on our balcony each day and just being happy to live.

But all this nostalgic daydreaming doesn’t tell you much about the city, so let me show you our favorite attractions:

Tower of Belem, an icon on the coast 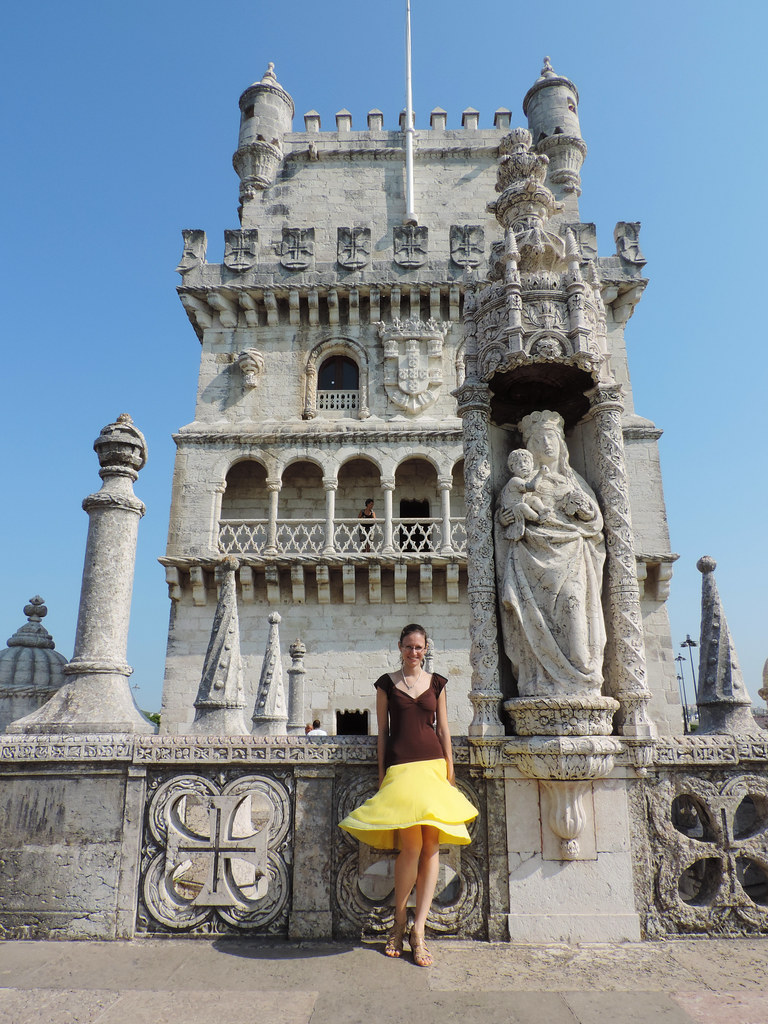 We started our day walking on the waterfront towards one of the most famous buildings in Lisbon: Tower of Belem (Torre de Belém in Portugal). This lonely tower is a UNESCO World Heritage Site.

It was built in the 16th century as a defence fortress for the mouth of the Tagus River. Later it was the starting point for many of the voyages of discovery, and it was the first sight that welcomed the travelers coming home. A monument on our way to the tower commemorates this: it’s called Padrão dos Descobrimentos which means the “Age of Discoveries”. 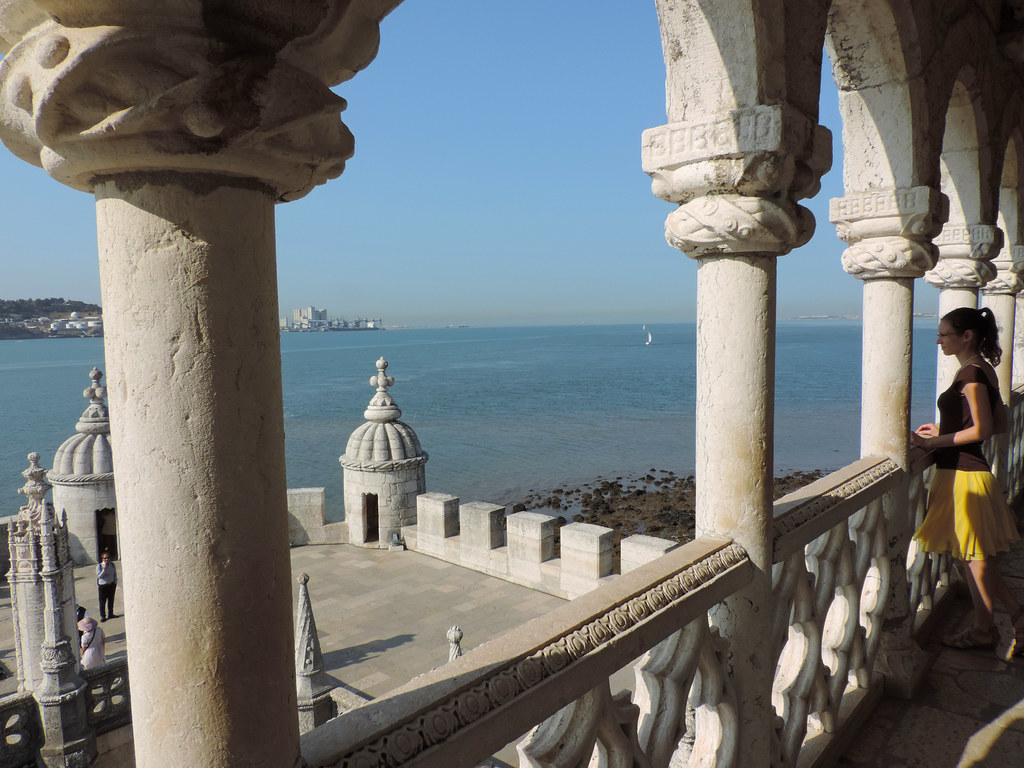 We went into the tower then, marveling at the views, the pretty balconies, turrets and statues.

The other spectacular piece of Gothic architecture in Lisbon is the Jerónimos Monastery (Mosteiro dos Jerónimos). It was worth standing in line for an hour in the heat of the sun to enter this amazing building complex. It has the most stunning courtyard I’ve ever seen, with richly decorated arches and different motives carved in limestone. It’s not a religious place anymore, though, no monks are left, and the rooms host exhibits about the history of the monastery. 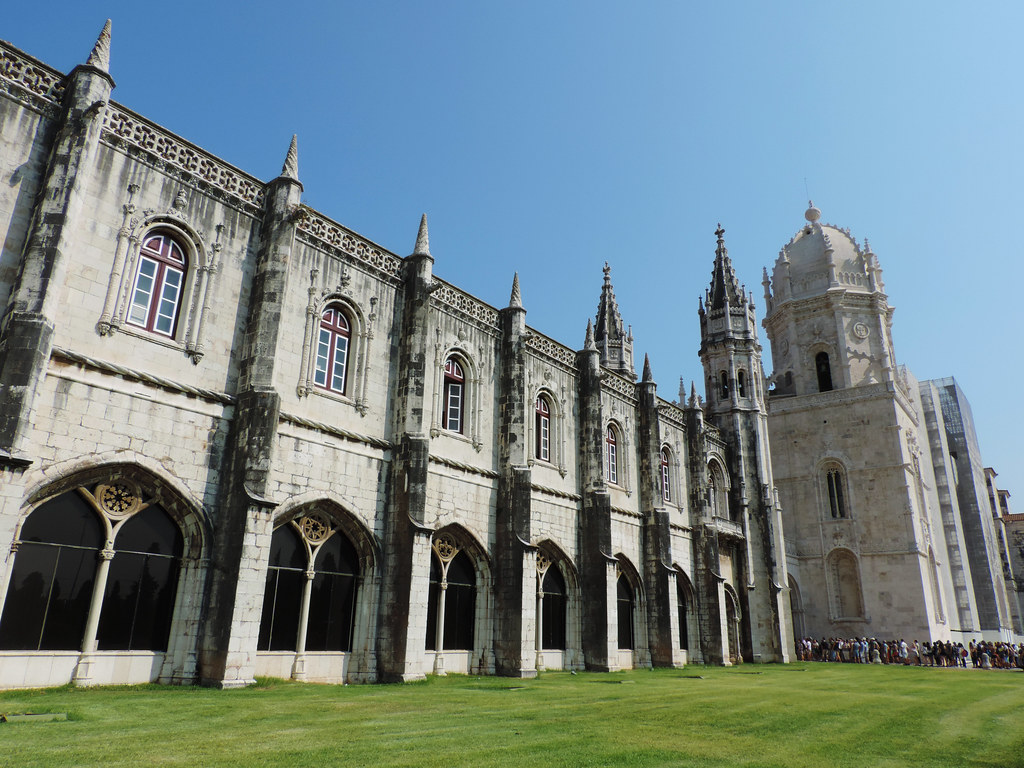 In the church of the cloister lies the tomb of Vasco da Gama. The building was actually built to commemorate his return from India. It has a unique interior: a single nave with tall, beautifully sculpted columns that gave us the feeling of endlessness.

Praça do Comércio, the main square

This spacious square is on the bank of Tagus River. Once it was a busy transportation hub, and the royal palace was also built here. However, the palace was destroyed during an earthquake in the 18th century.

The Rua Augusta Arch was built to commemorate the city’s reconstruction after this earthquake. It towers above the square today, and we took the elevator up to get to its terrace for some nice views of the square and the harbor. 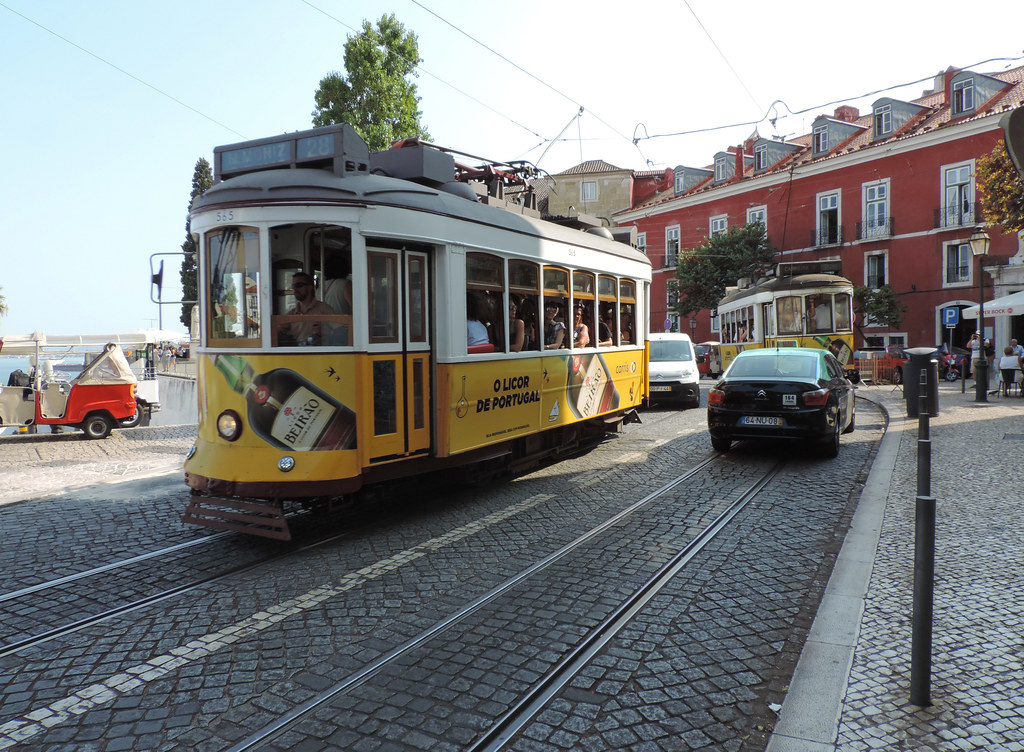 Tram 28 is a classic train journey you have to take when in Lisbon. It connects Martim Moniz with Campo Ourique as it passes through the popular tourist districts. This tiny yellow tram travels through a route with tight turns and steep gradients that modern trams won’t be suitable for.

With that said, it’s really tiny, and this ride is very popular. So aim for early or late hours to enjoy the ride. We think it’s worth riding the entire route as there’s so much to see all the way. 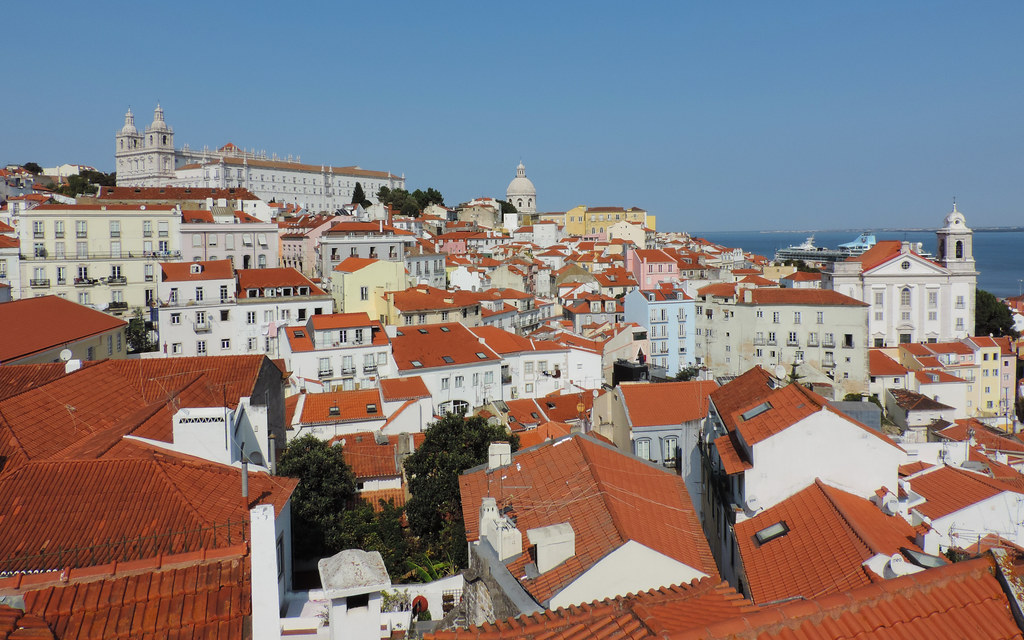 One of the stops of tram 28 is at Miradouro das Portos do Sol. There’s a lookout there that offers the best views above Lisbon! 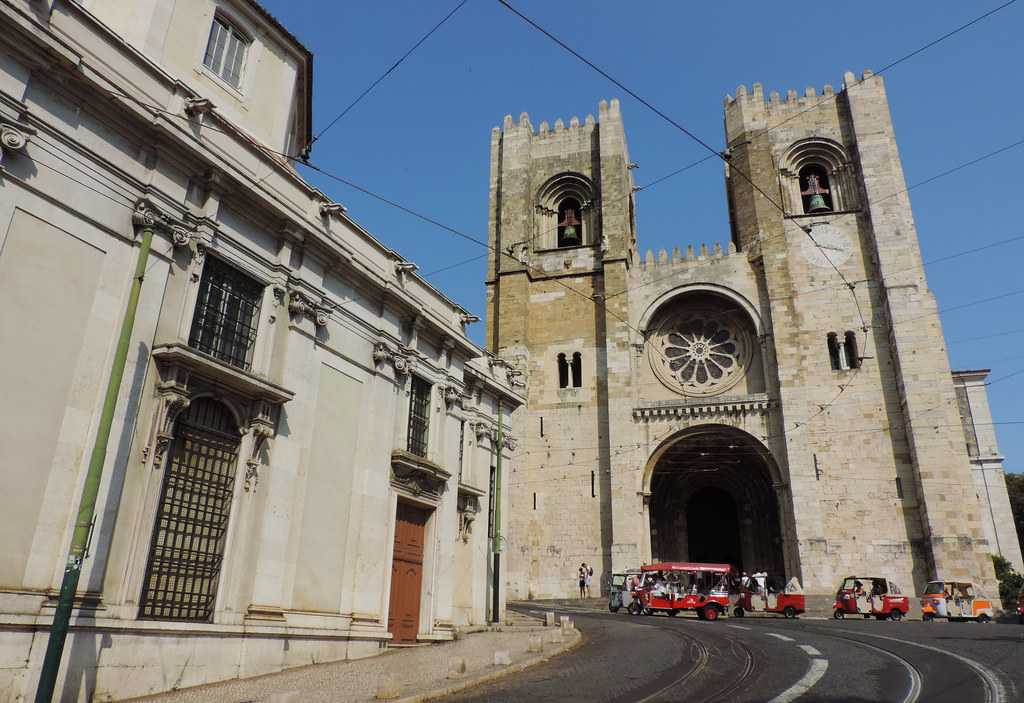 Known as Sé de Lisboa, this amazing Romanesque cathedral dates back to the 12th century. It’s free to visit, and it’s right at one of the stops of tram 28. 🙂

It’s impossible to name everything worth seeing in Lisbon’s center. We strolled around as we liked, and found it so lovely as a whole. The old houses decorated with mosaic, Rossio Square and its large pavement mosaic, the steep and narrow streets, the majestic building of the National Pantheon.

We walked up to Miradouro da Graça, another terrace that offers spectacular panoramic views of the city.

Finally, we couldn’t miss mentioning another famous landmark: 25 de Abril Bridge. This suspension bridge looks like San Francisco’s Golden Gate at first glance. At second glance, you notice that it’s not. But how could we not like something that reminds us of our beloved San Francisco? We didn’t walk through the bridge, but we drove through it a day later as we headed south.

Lisboa Card: is it worth it? 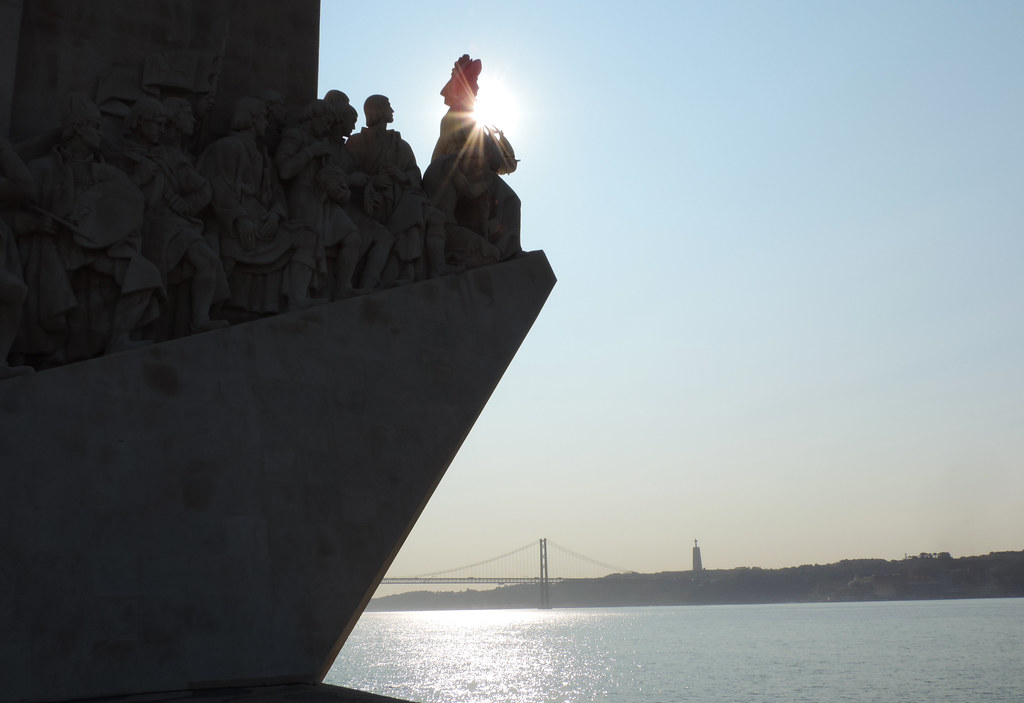 We are no advertisers for the Lisboa Card, we mention it because it covered all our expenses while being in Lisbon – except accommodation and ice-cream. 🙂 It provides free public transport in the city, and even to Sintra and Cascais, and free entry to all of the attractions we planned to visit.

Official tourist cards are made with the general tourist in mind, so it’s always worth considering buying one for your visit. You can check prices and conditions here. 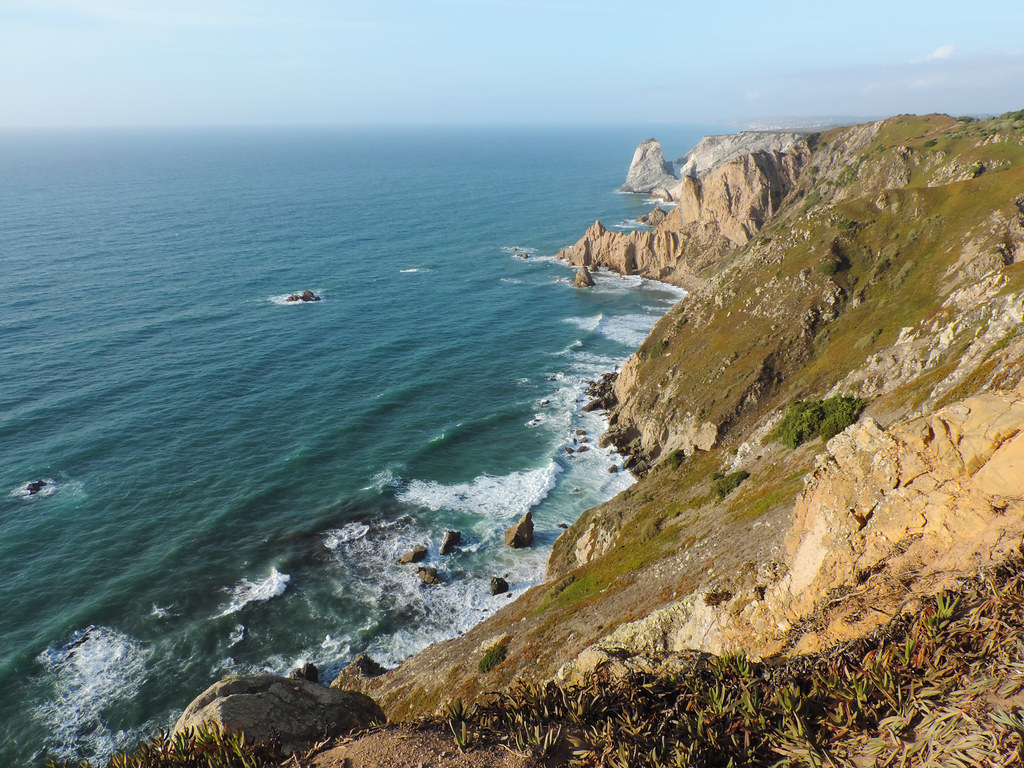 However sad we felt to leave Lisbon, we were excited about our next stop in Portugal: Sintra. This small town at the foot of Sintra Mountains amazes with countless palaces and villas, Moorish ruins and dramatic coastal views.

It was hard to fit everything we wanted to see in 2 days. At the end we decided to visit three palaces (National Palace of Pena, Park and Palace Of Monserrate, The Palace Of Mystery or Quinta Da Regaleira) and spend the afternoons and evenings hiking on the coast, exploring wild, unspoilt beaches and enjoying magical sunsets.

It was perfect. Uhm, except that on one day we woke up to our car being towed away… Okay, this is another story. 😀 But Sintra is really the perfect choice for a Lisbon day trip.

Have you ever been to Lisbon? What are your favorite spots?