Once upon a time there was a tiny little country on the coast of the Adriatic Sea. Maybe it was tiny but it had quite some wonderful secrets. Like its huge mountains on the northwest that towered above the green meadows. Their peaks were snow-capped even in the summer and they were home to countless crystal clear lakes and mountain rivers. And if you explored them with your eyes wide open you could find those charming waterfalls and canyons they were hiding.

This tiny country had caves so large that the mightiest kings would have been envy of their giant halls decorated by beautiful dripstone formations. And it had secret azure bays and beaches. The people of this country lived in peaceful villages and lovely cities that had the prettiest streets full of colorful houses.

Well, okay, to be honest this fairy tale was occasionally disturbed by crazy impatient drivers on the narrow mountain roads and random heavy thunderstorms in the mountains. But the good news is that it’s not a place from fairy tales either. It very well exists and we painted this dreamy picture about one of our favorite countries: Slovenia. Let me present some evidence. Then you go and find out the rest. 🙂

This breathtaking alpine lake is probably the icon of Slovenia, the symbol of all the natural beauties this small country offers. 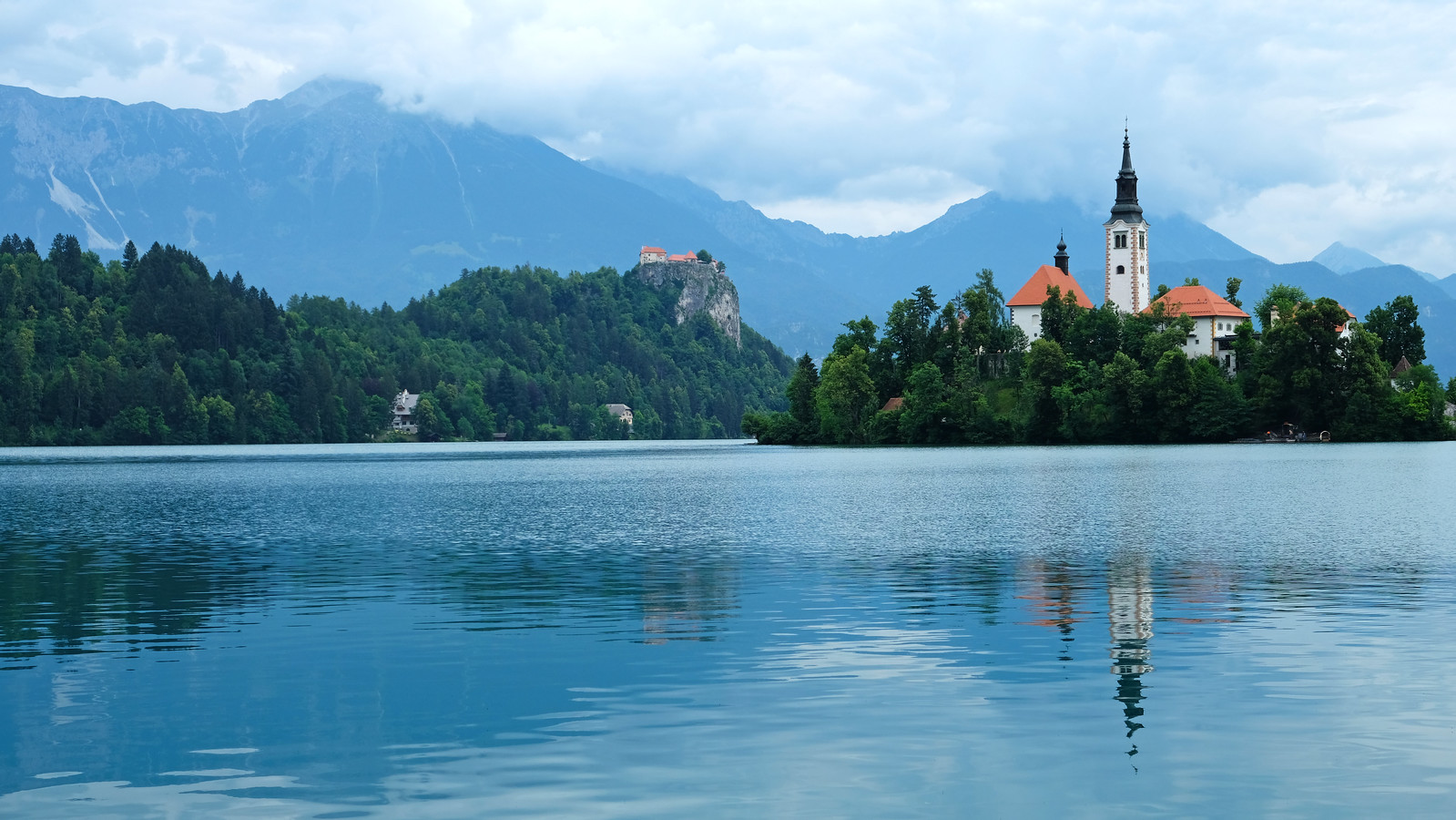 We liked crystal clear, incredibly green Lake Bohinj with the towering high peaks of the Julian Alps even more than famous Bled. 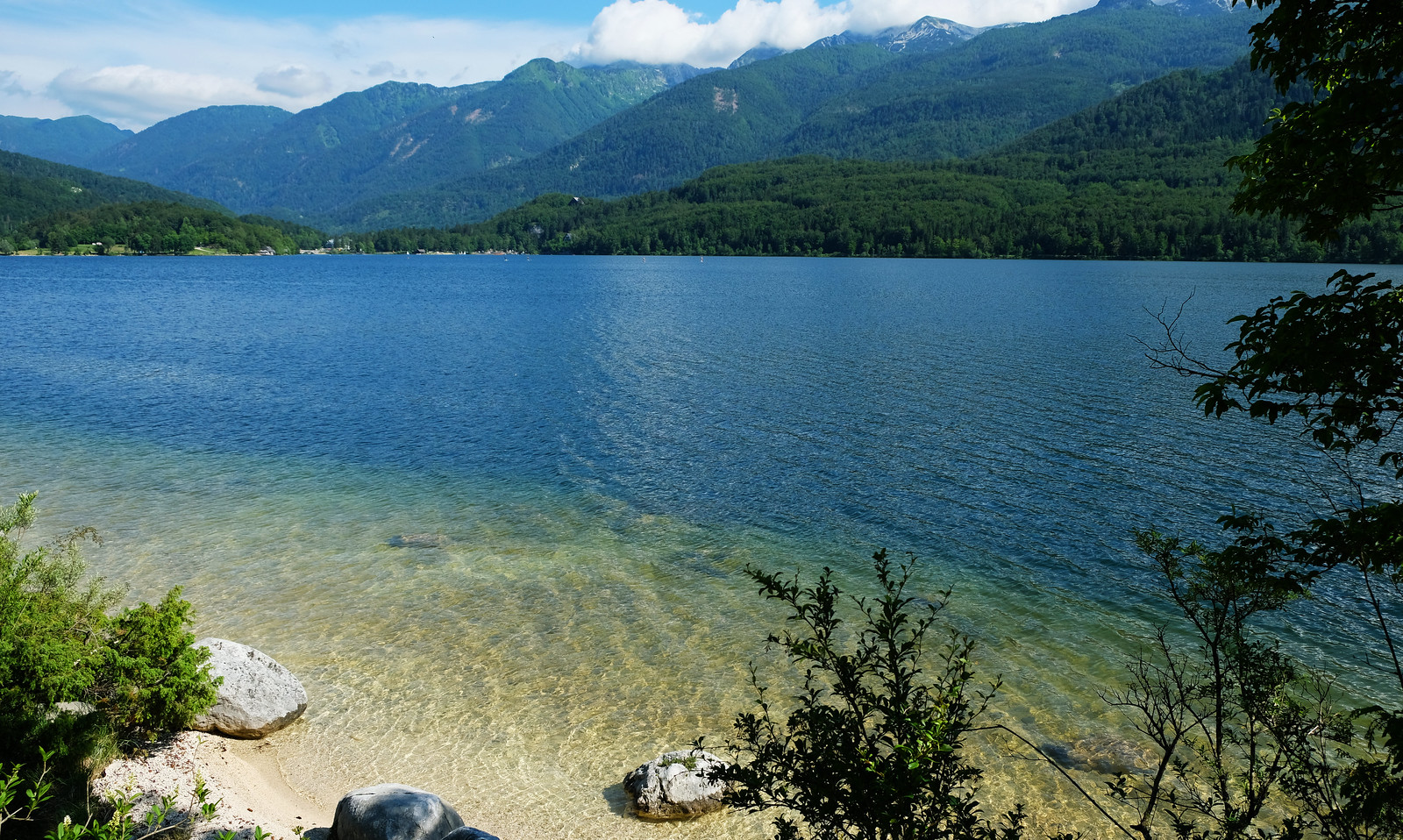 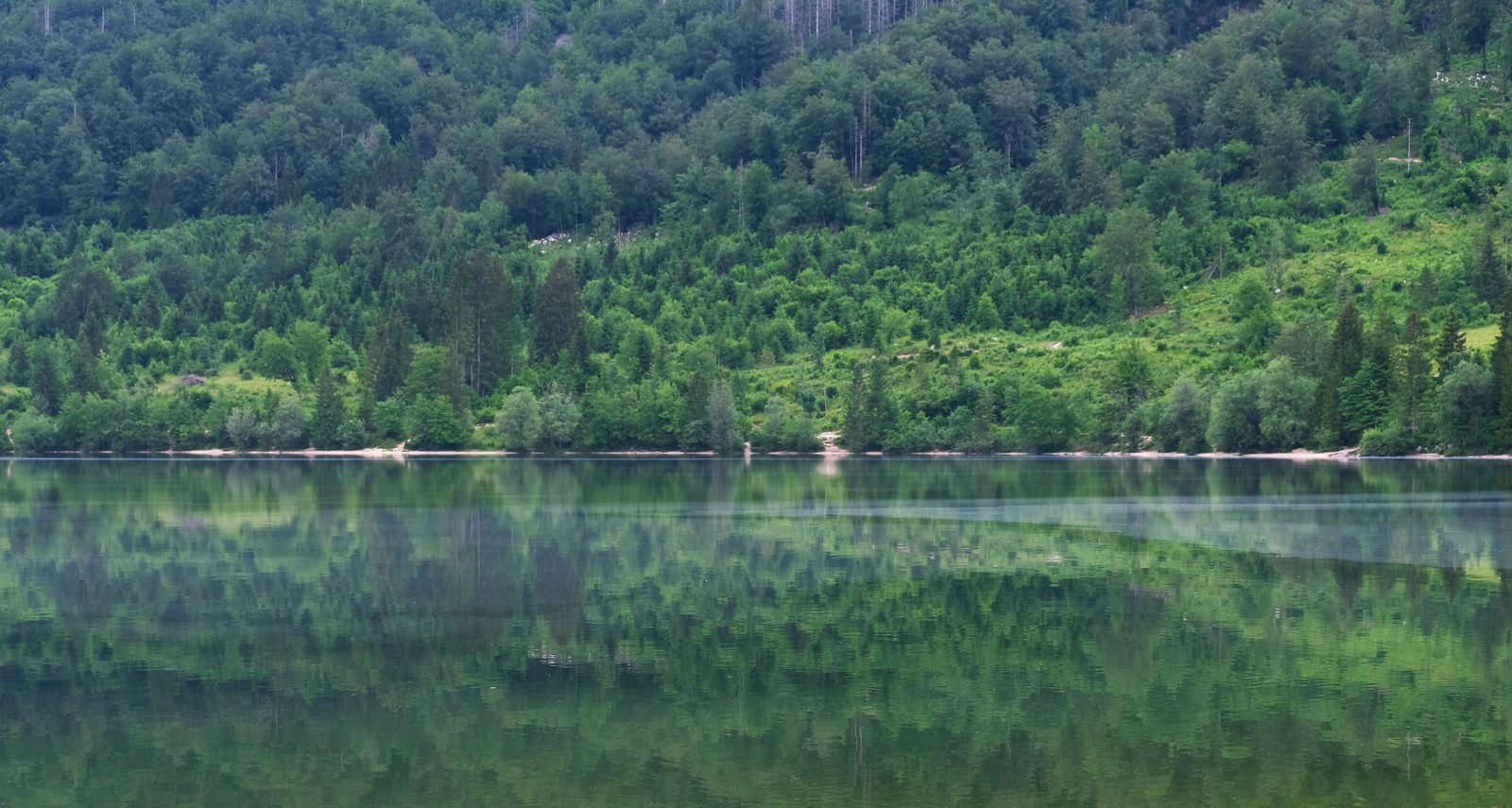 Ljubljana is one of the smallest and most charming capital cities in Europe. 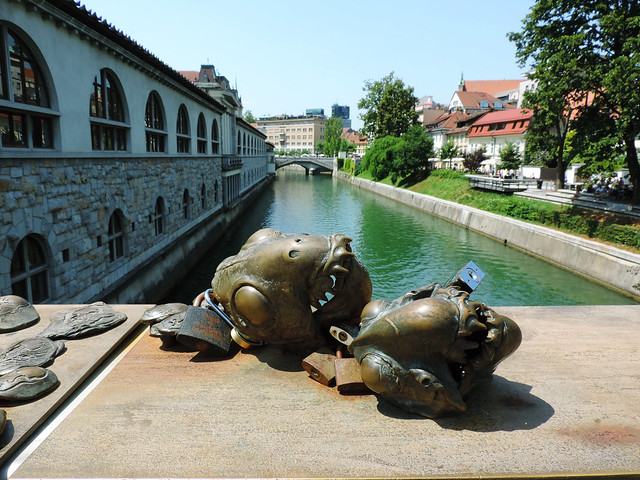 The easiest and one of the pretties hikes we’ve done in Triglav National Park: a trail through a narrow canyon carved out by a fast and perfectly emerald green mountain river with its walls rising to 50-100 metres high. That’s Vintgar Gorge in a nutshell. 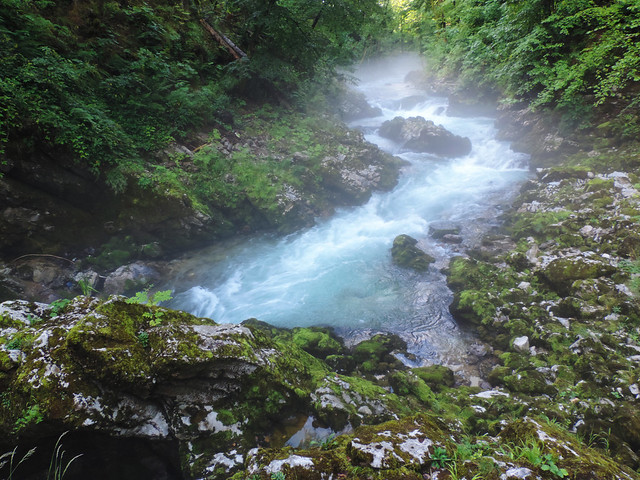 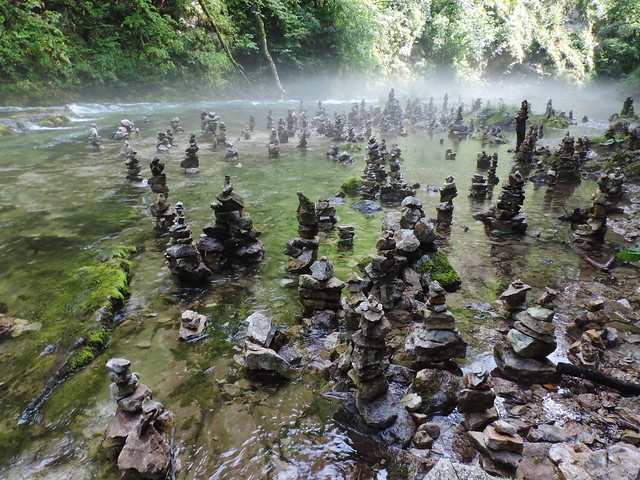 In the hidden corner of Slovenia there’s a valley with an incredibly turquoise river.

Check out our hiking guide to the Soča Valley! 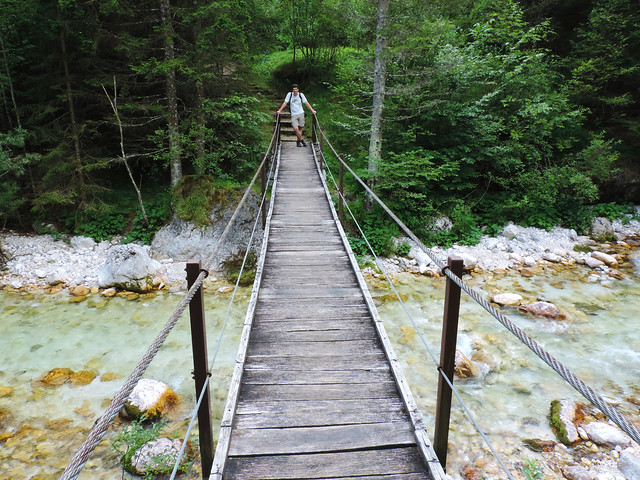 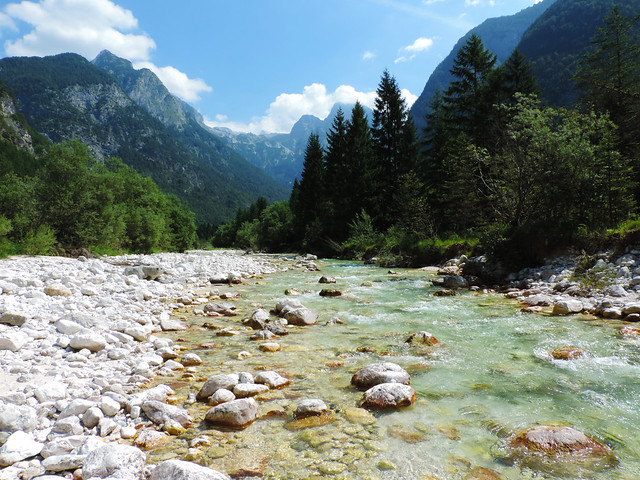 52 metres high Peričnik waterfall is close to Lake Bled. The most fun thing about it? It’s one that you can walk behind! 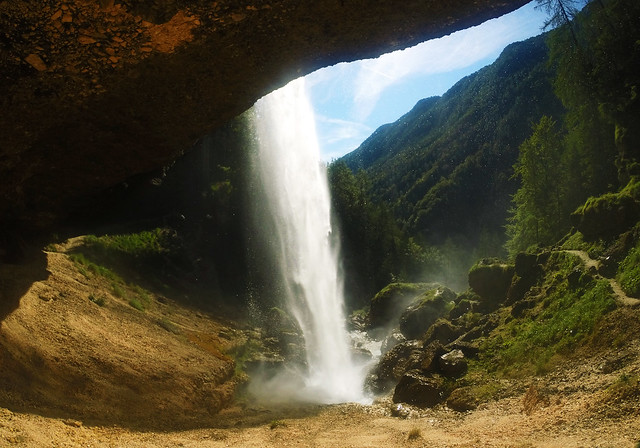 Vintgar Gorge is not the only place of its kind in Slovenia. Hidden in the Soča Valley Tolmin Gorge is also a fairy tale glen with clear water in all the shades of blue. 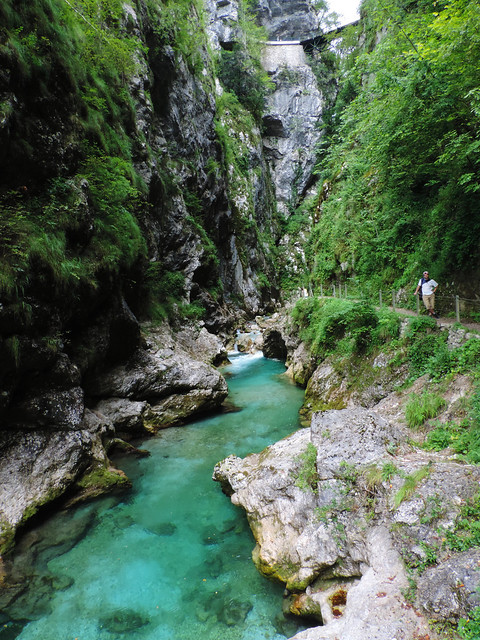 Yet another gorge. Not far from the famous Vintgar near Bled, Mostnica Gorge amazed us with emerald green water, crystal clear pools, countless small cascades and a 20 metres high waterfall at the end. And without the crowds. (And yes, it’s a heart shaped cascade…) 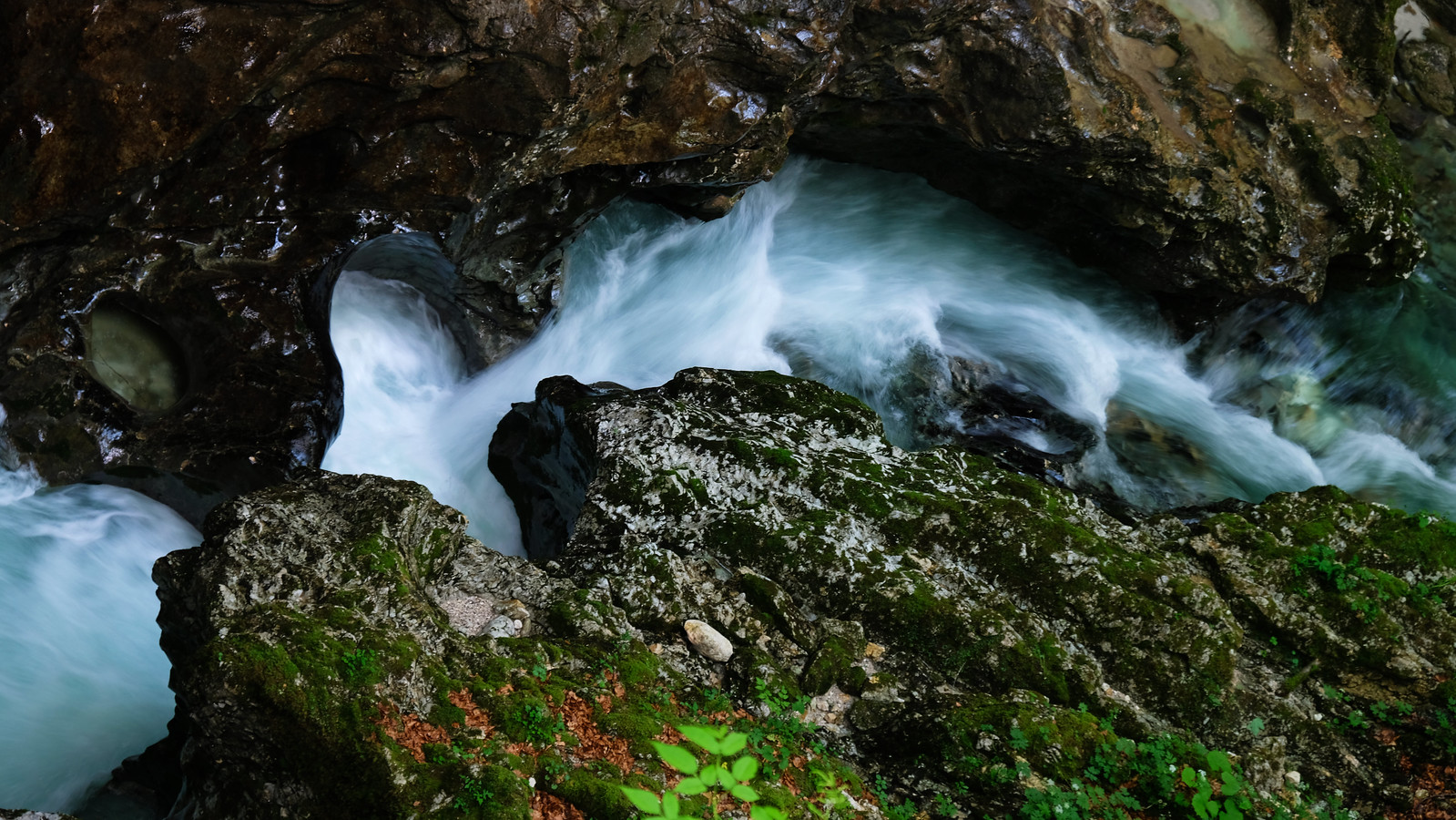 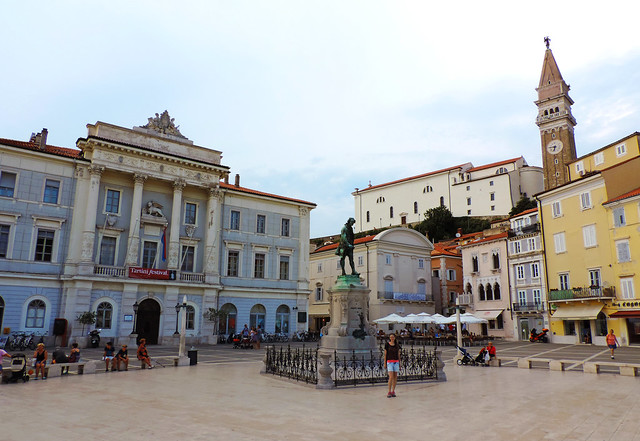 The Strunjan Peninsula with several kilometres of untouched cliff and magically blue bays is home to the best beaches in Slovenia. 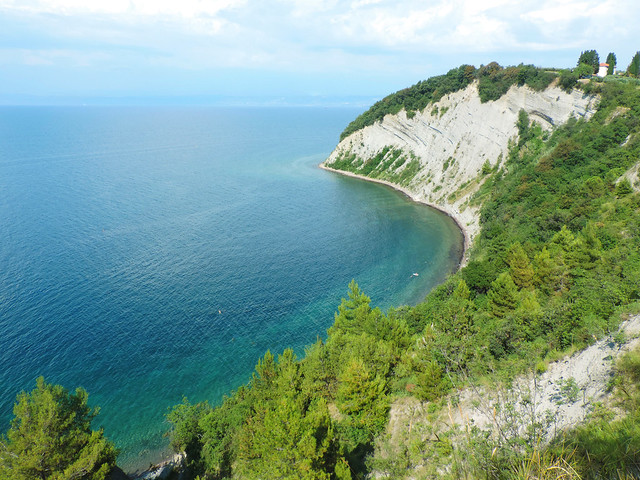 Oh, Martuljek Falls are our favorite in Slovenia! They’re picturesque and powerful, and can be reached on a scenic trail. (Doesn’t the Lower Fall remind you of Yosemite Falls?) 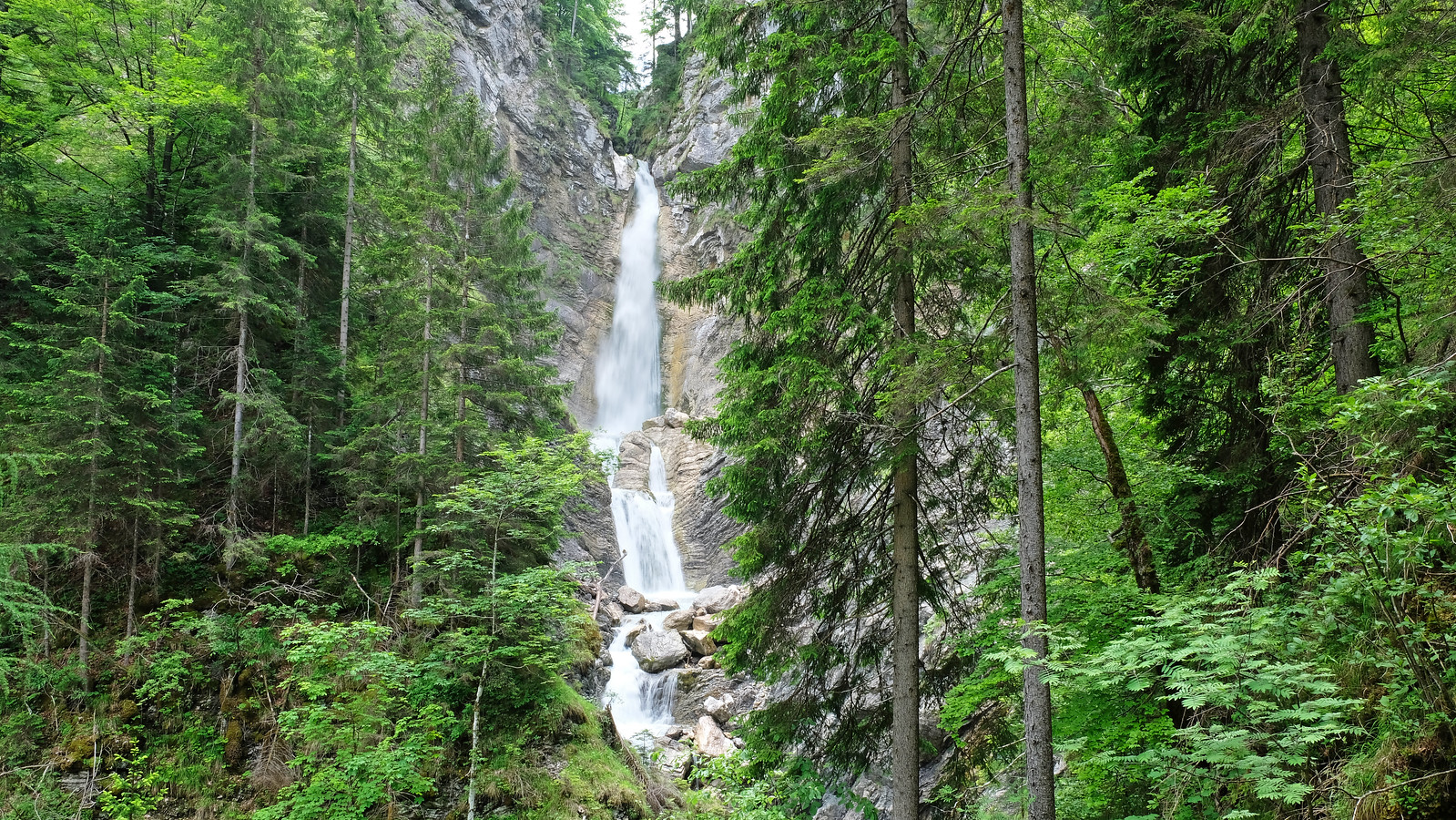 Slovenia’s only national park in the Julian Alps. 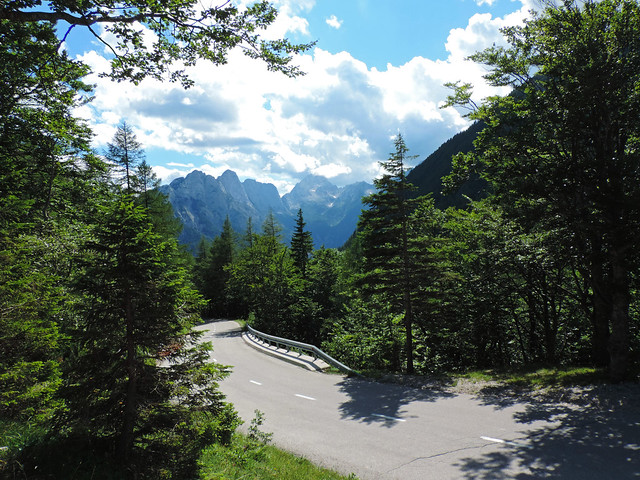 A pretty roadside stop on your way towards Vršič Pass in Triglav National Park. 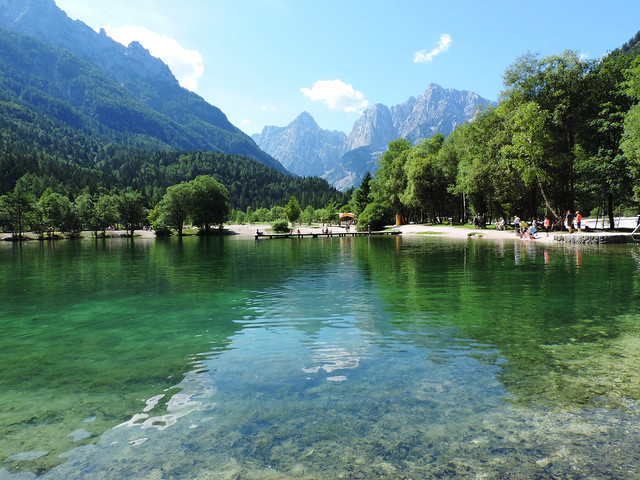 Not the tallest, but the most picturesque waterfall in the Soča Valley. 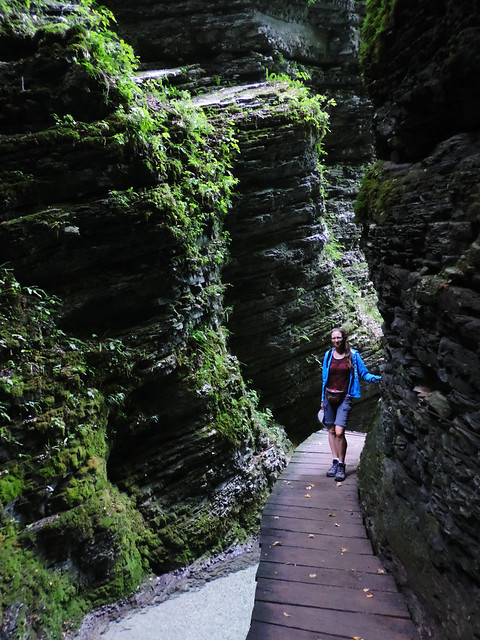 Slovenia is a mountainous country, it has more than the famous Julian Alps. Like the dramatic and challenging Kamnik-Savinja Alps in northern Slovenia. 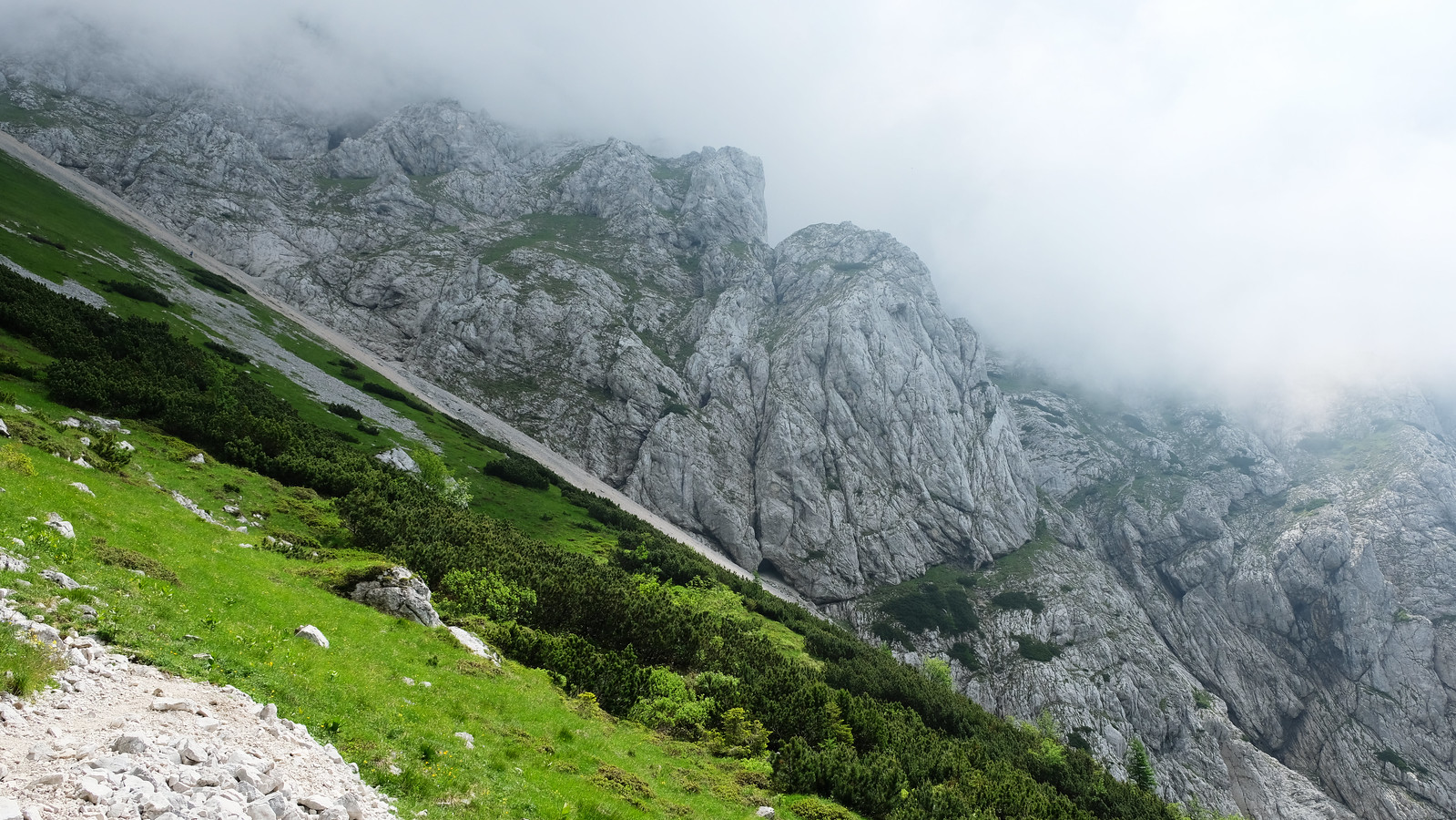 A barely known beauty: Logar Valley is a glacial valley in Slovenia’s Kamnik Alps, close to the border of Slovenia and Austria. 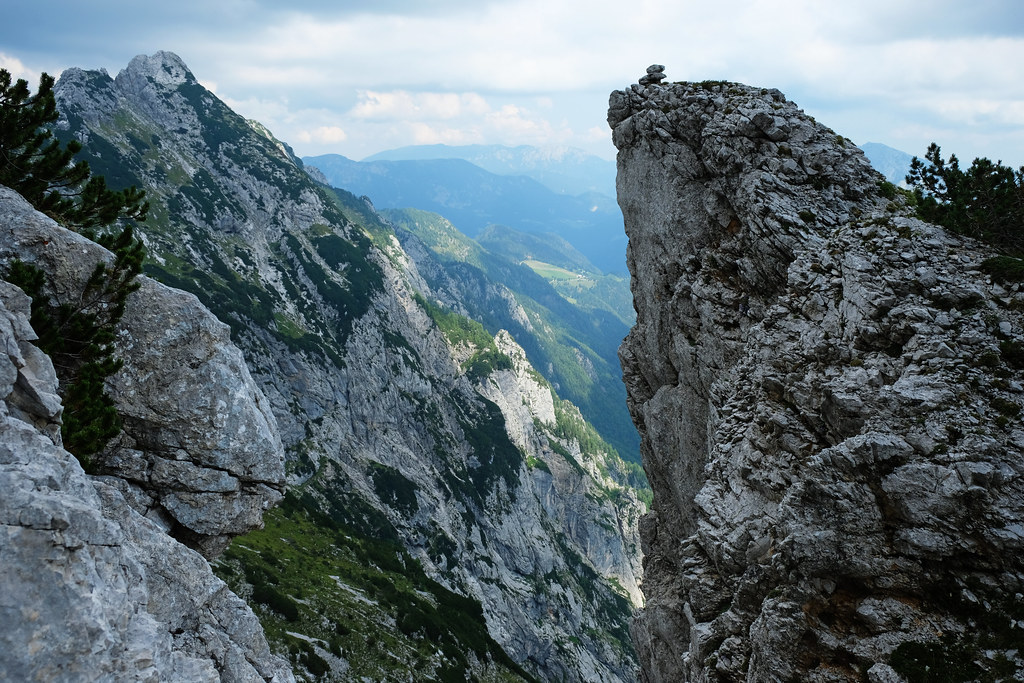 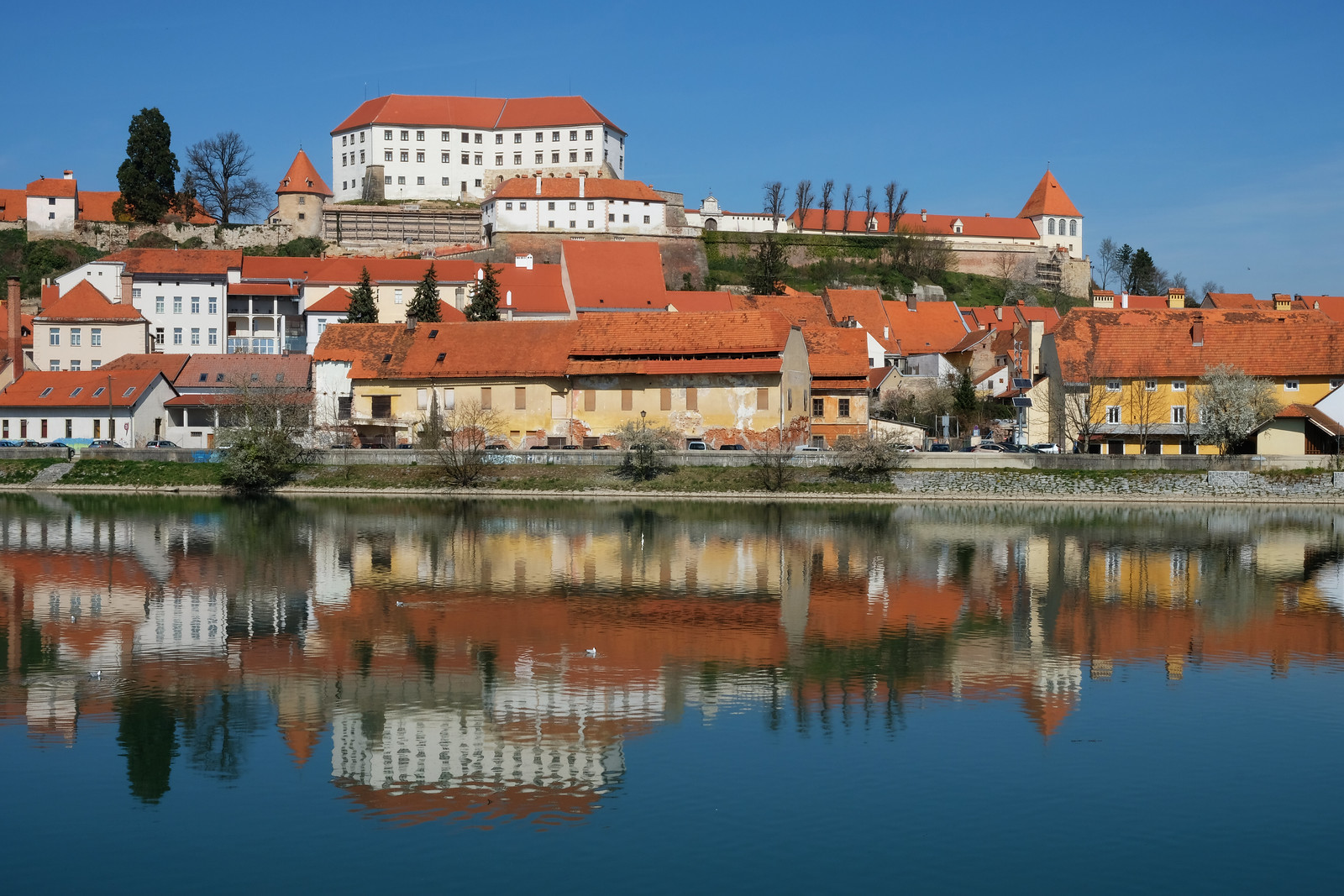 Have you been to Slovenia? What are some of your favorite countries?