The best thing about winter is snow. We usually haven’t had much of that in Hungary, at least in the past decade. Maybe that’s why we like winter much more up in the mountains. Like in the Tatras. Or the Alps. (Okay, I’m obsessed with mountains any time of the year, anyway.) The landscapes there are simply magical: thick, soft blanket of snow, sparkling white peaks, frozen waterfalls. Except when there’s heavy storm or dense fog, and you can’t see anything. But hey, that could just as easily happen in the summer, too. 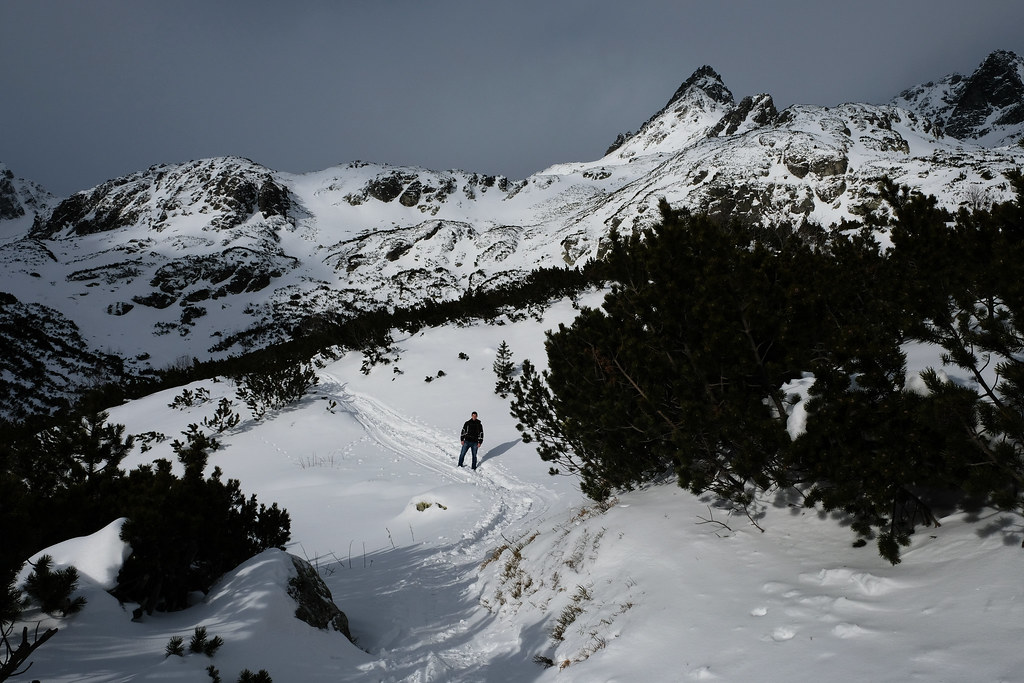 We were so glad to have a trip to the High Tatras – and the barely known Fatras – of Slovakia this December. And now is the time to show you some fairy tale winter scenes from those days when weather was clear, and we’ve seen something. So you get the best of it. 😛

And the best is the harmony of blue skies and fresh white snow: 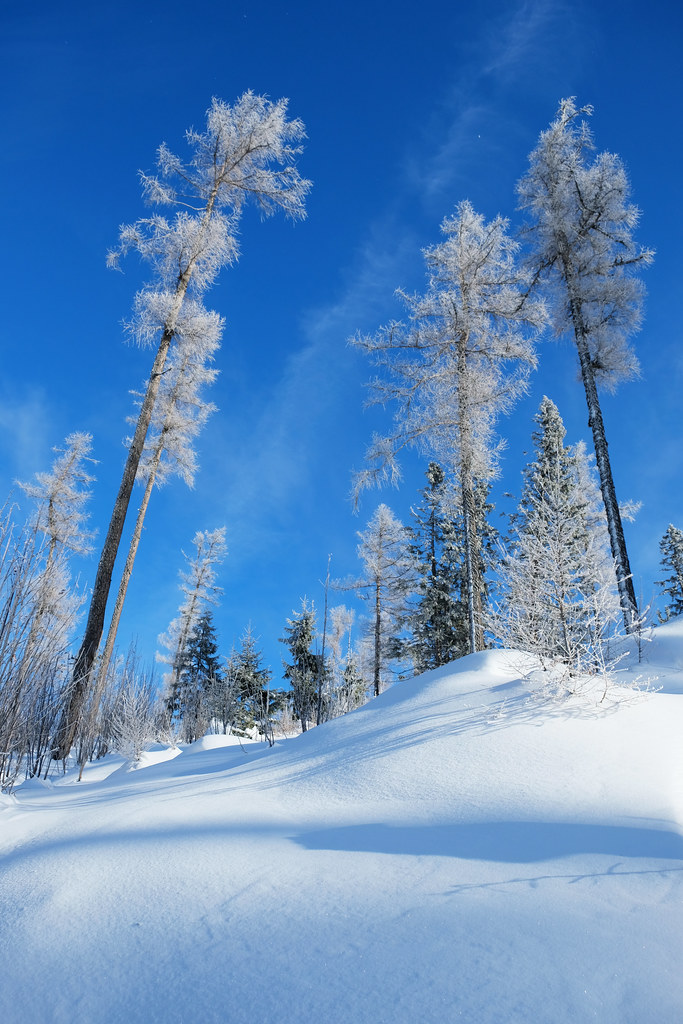 There were no shortage of fresh snow in the High Tatras in December. It was heavily snowing for most of our trip. (And thank God we could get home, because a few days later we couldn’t have done that easily due to the amount of snow.) 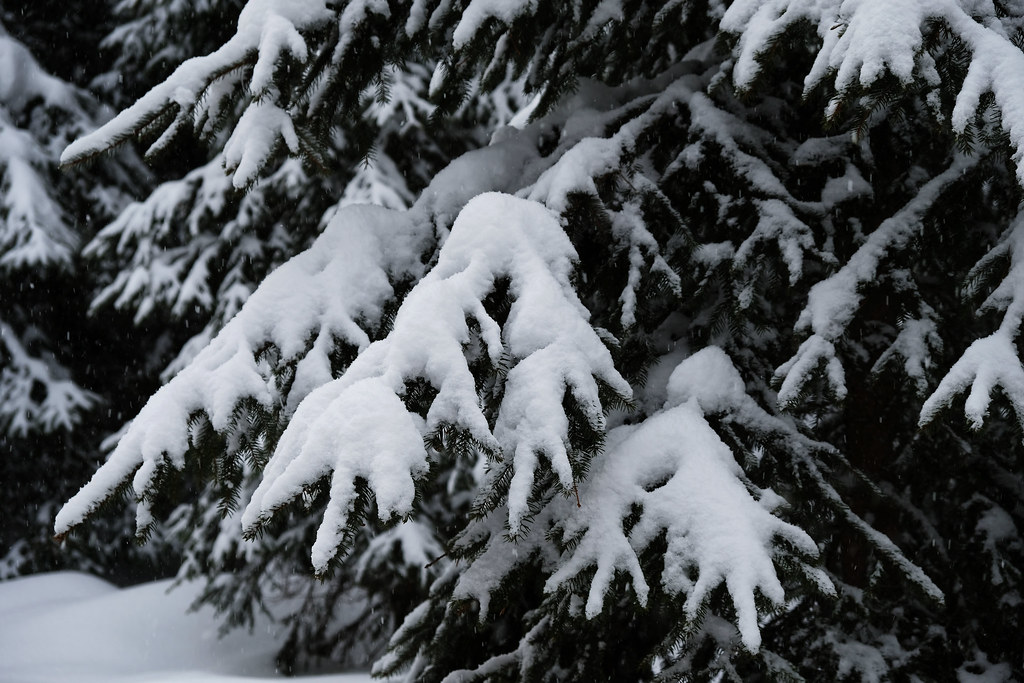 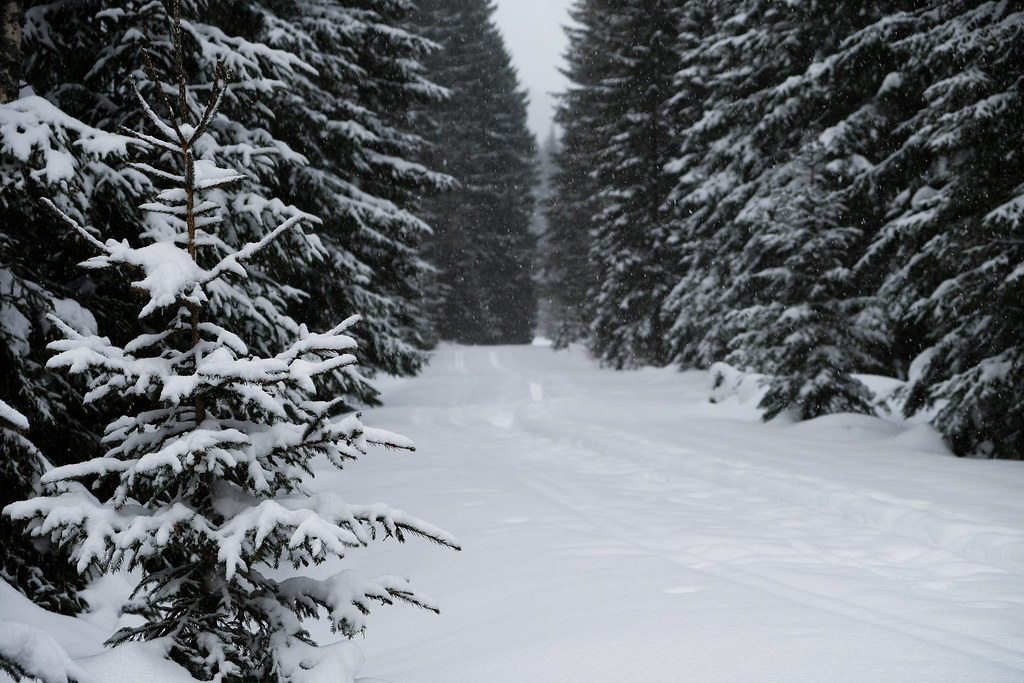 Branches of the pine trees were all heavy with snow. It’s my favorite thing in a winter forest. These were shot in Kôprová Valley: 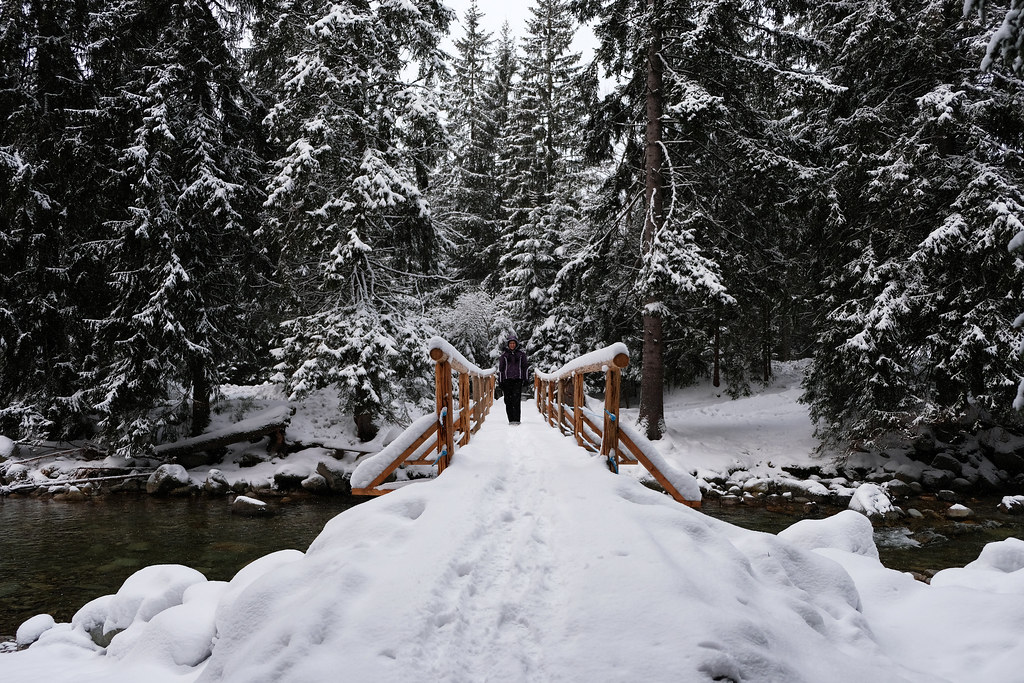 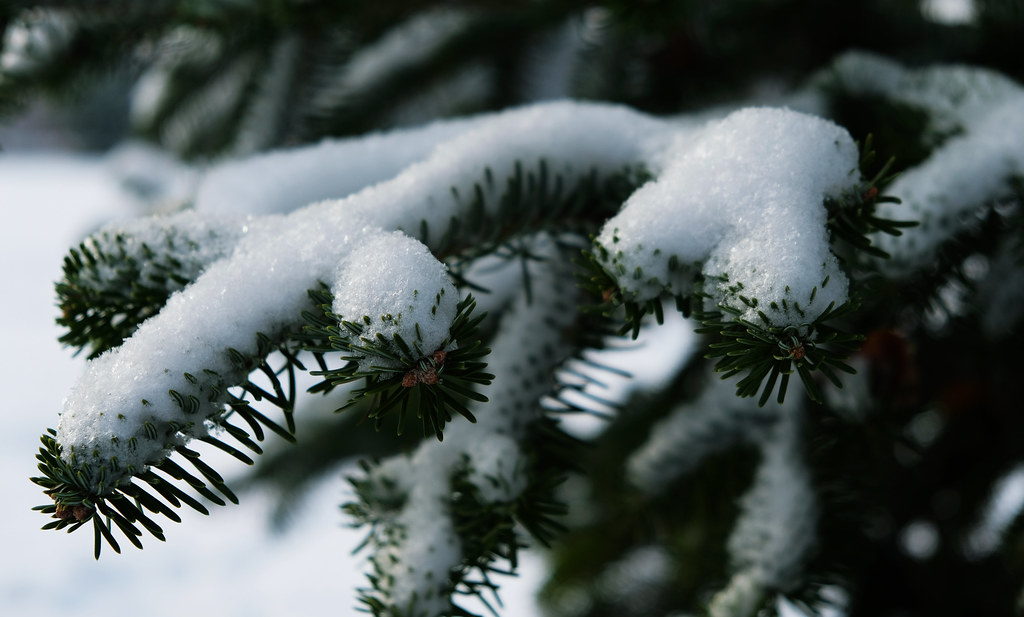 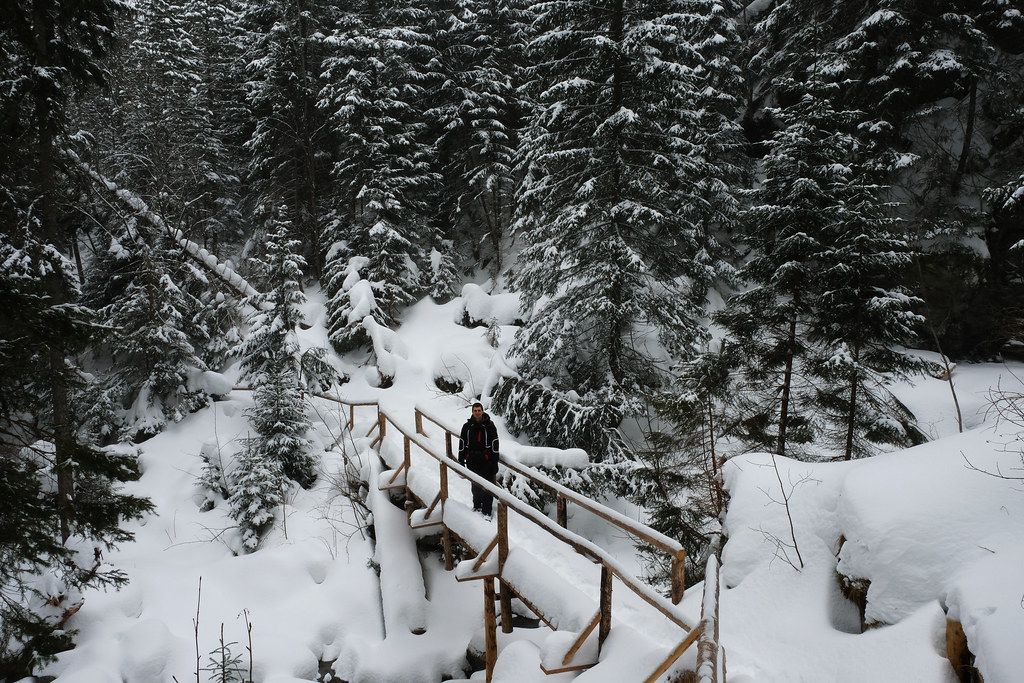 Here’s another pine tree branch at Štrbské pleso – not that you can see anything of the lake as it’s all ice, but you can definitely identify the scene because of the hotel: 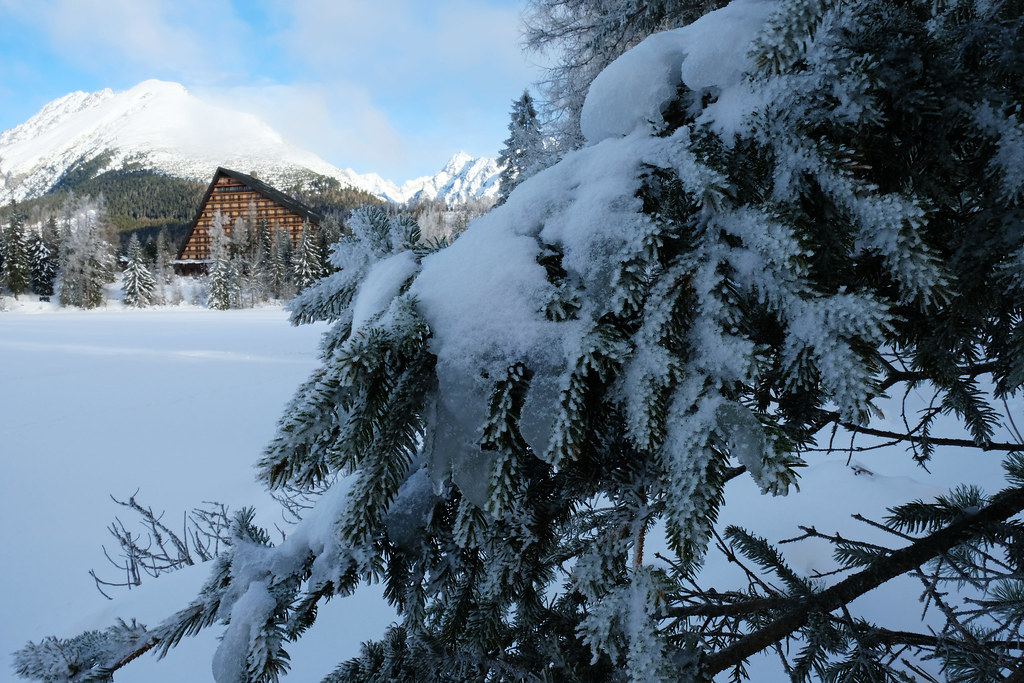 Then let me show you those snowy peaks before they disappear in the fog: 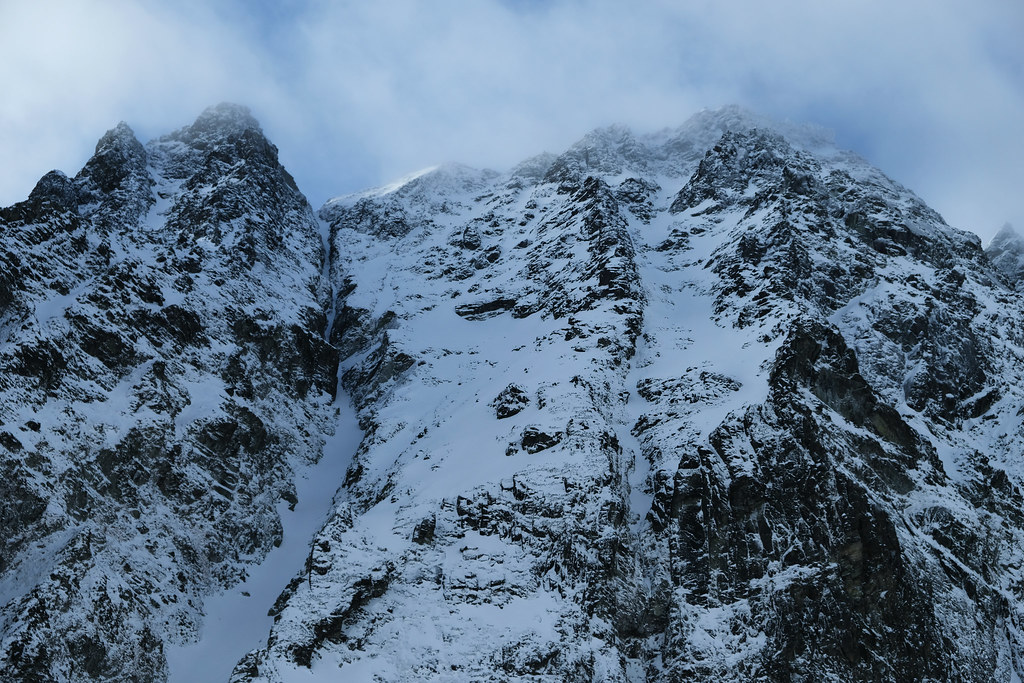 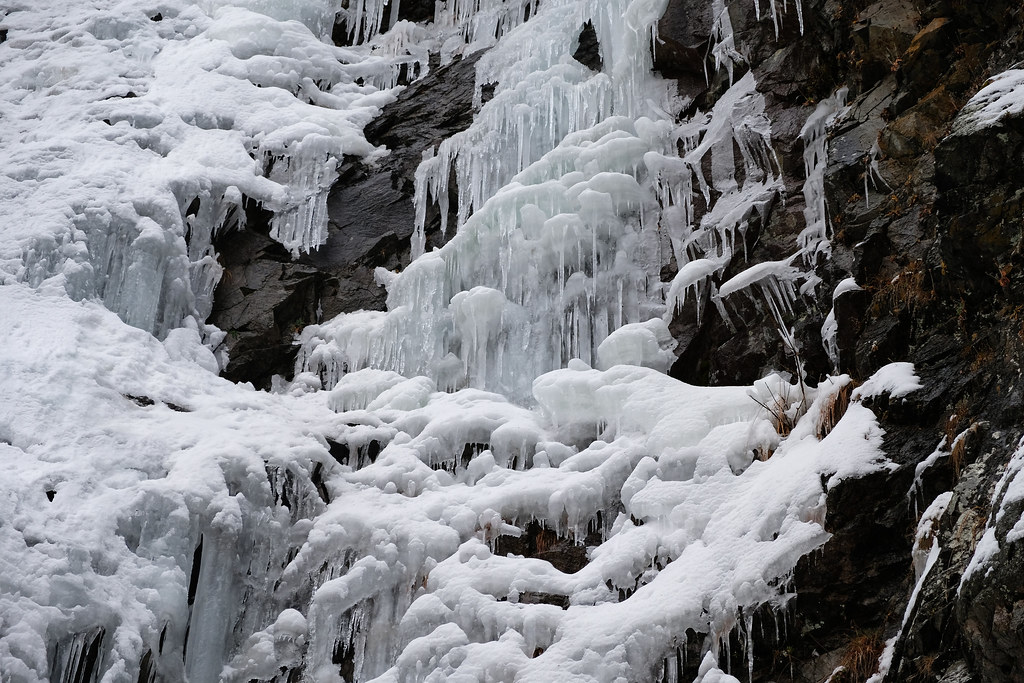 Finally, some frosty shots from the Berchtesgaden Alps in Germany. Though I actually took these in October, that autumn morning up in the mountains – and with the temperatures below 0 – perfectly suffice as winter. 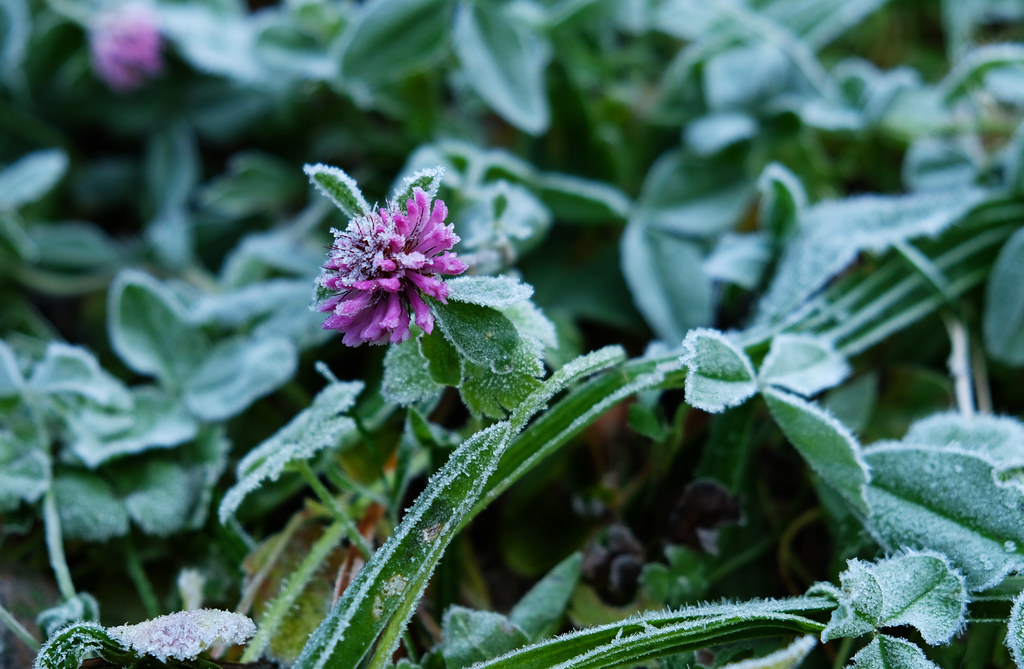 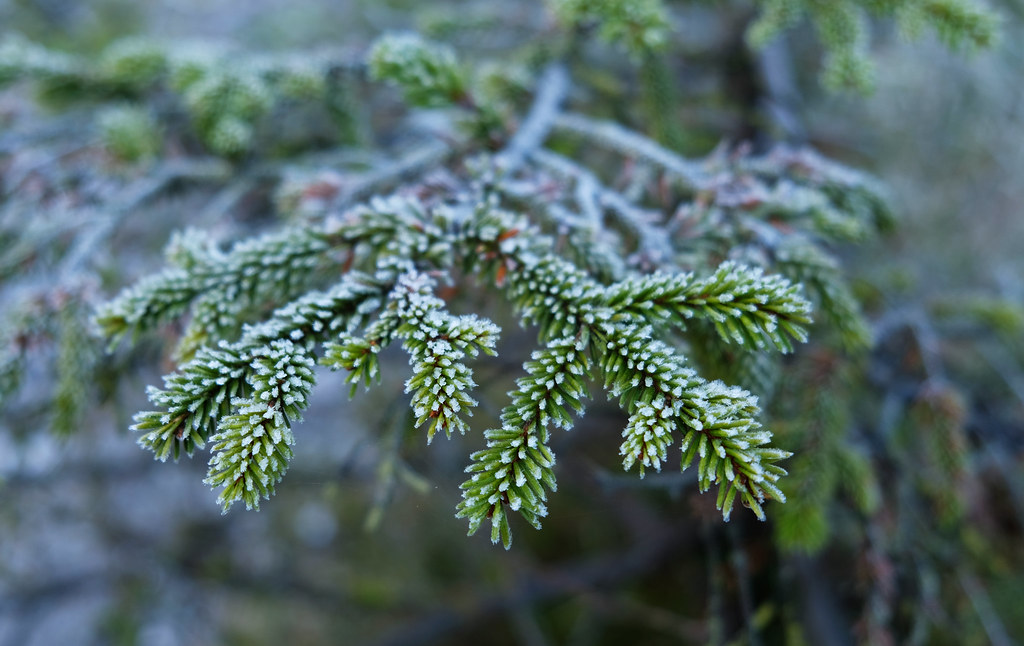 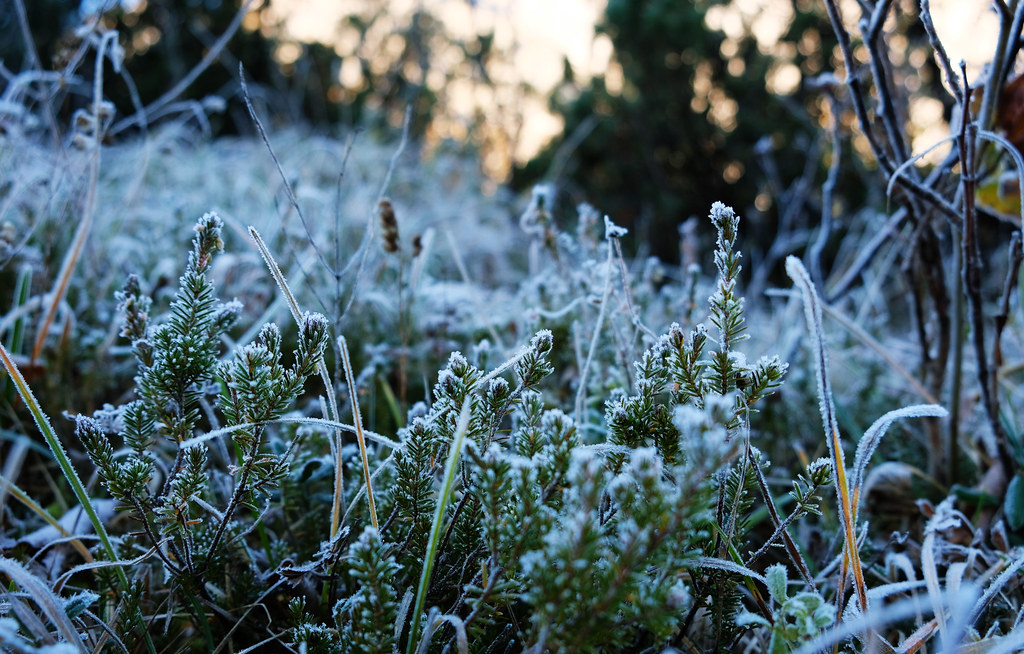 Are you a winter or summer person?